The sun shines in Tangier

After a nap I woke to find that the sun was shining in a partial way so I decided to go out for a walk. 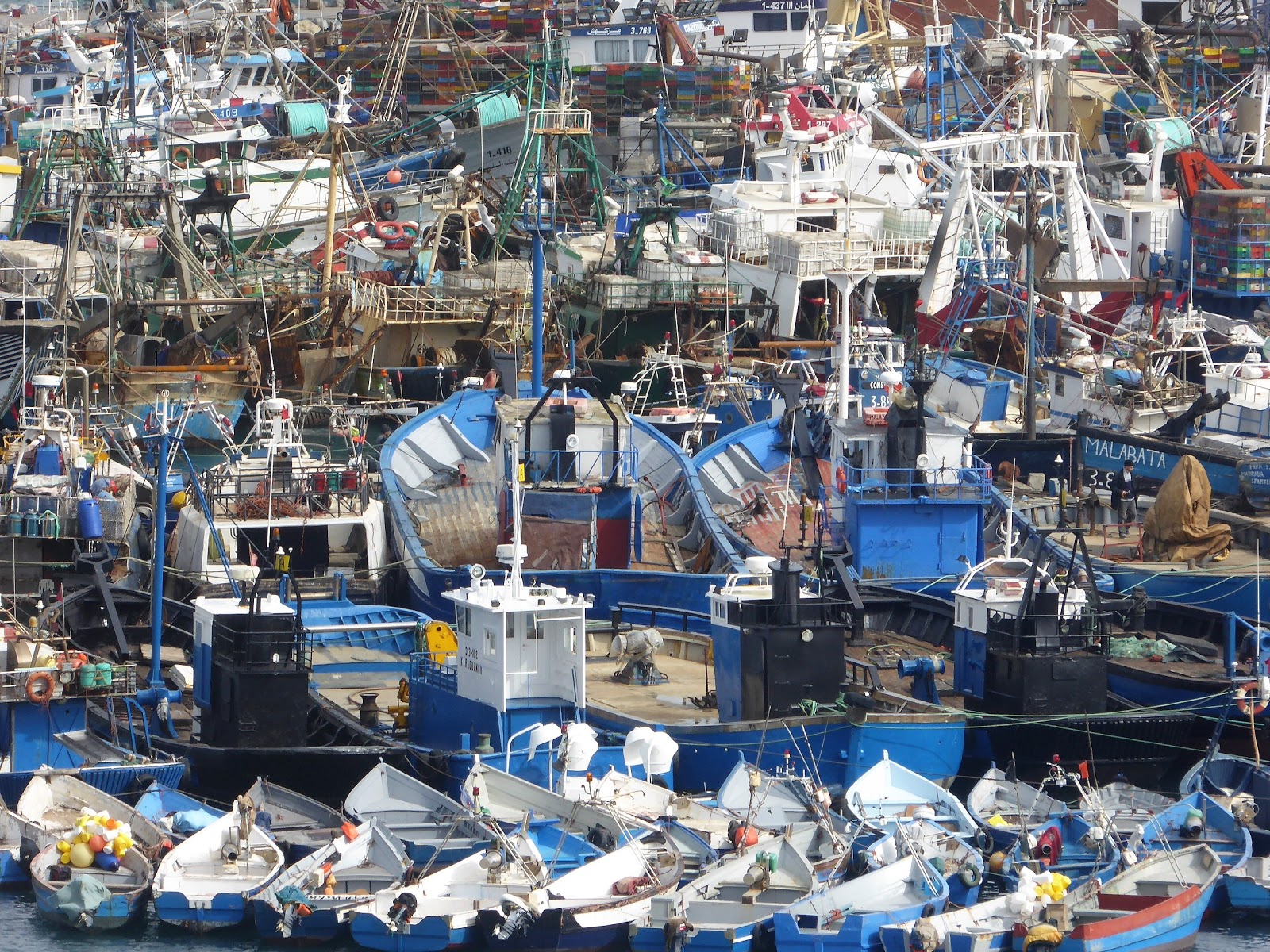 I had seen this jumble of boats across the street but the rain never allowed a decent photo. Here was my big chance and here is the result. Imagine this as a jigsaw. 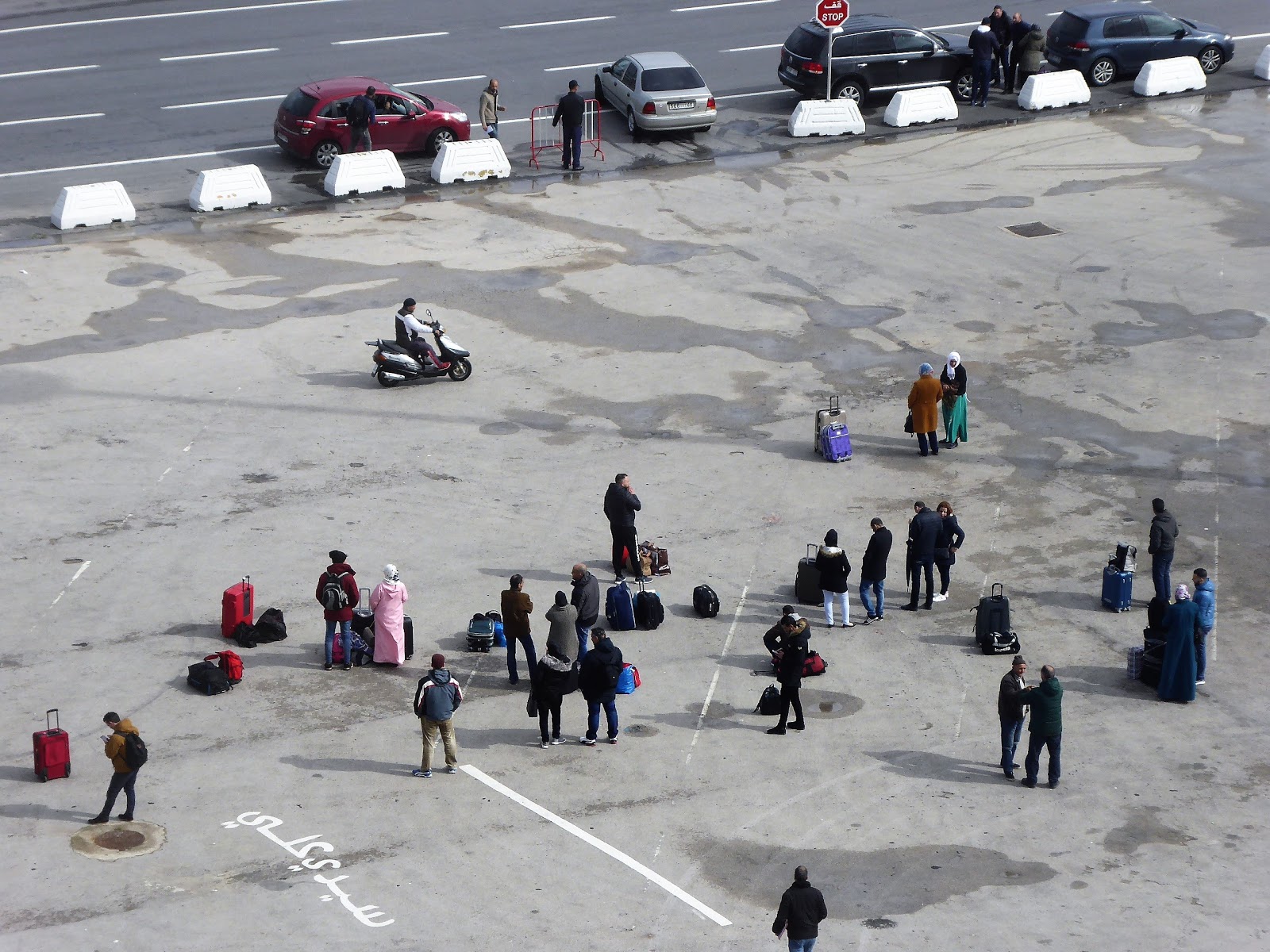 A group of people had gathered with their bags below the hotel. I presumed they were waiting for a bus or some form of transport. 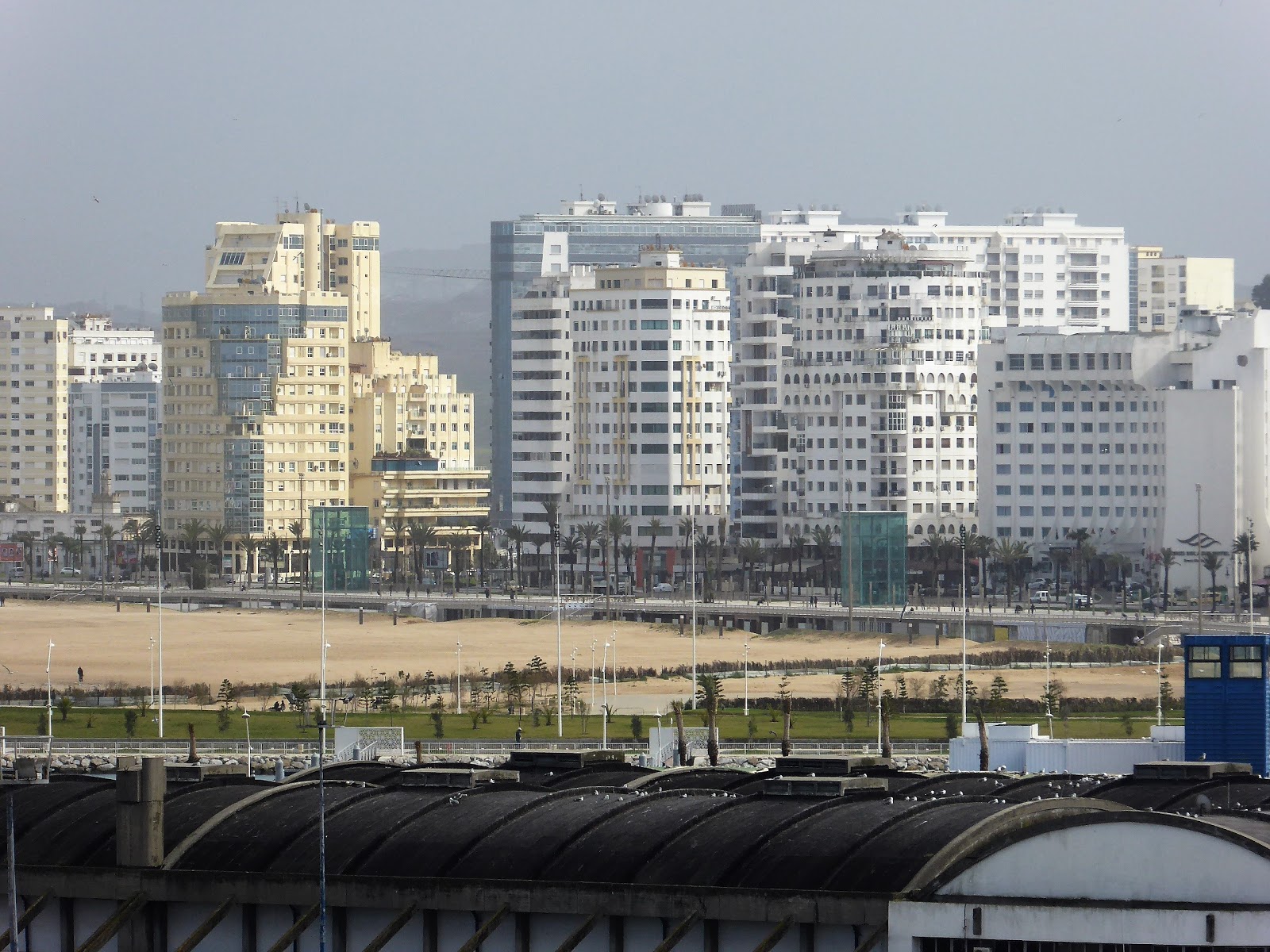 Some weakish sun in the distance. No doubt the sun can be brutal here in Summer. 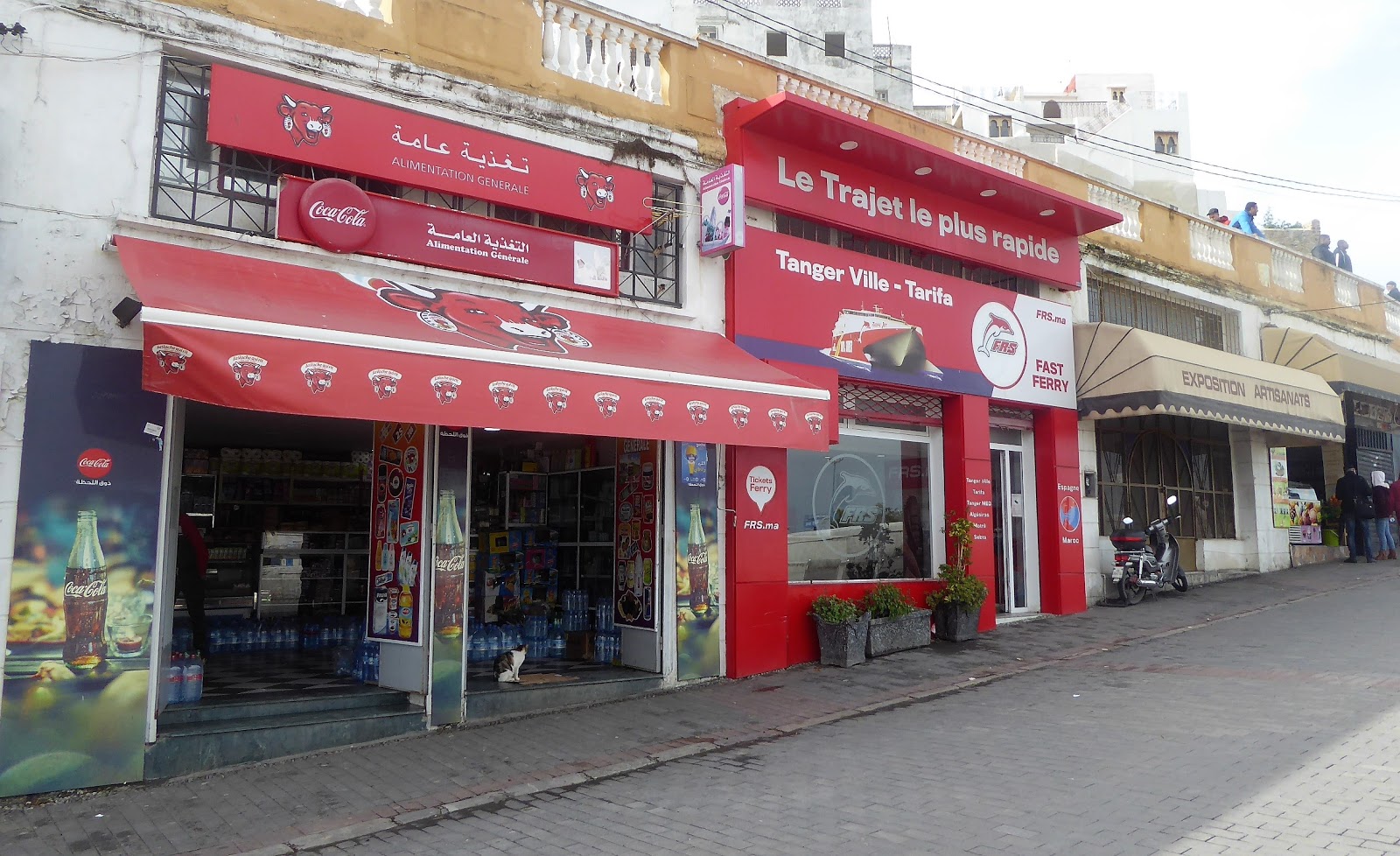 I found a shop that sold ferry tickets so I wandered in and bought a ticket for about $45 from a friendly young man who spoke English. The trip takes about an hour. 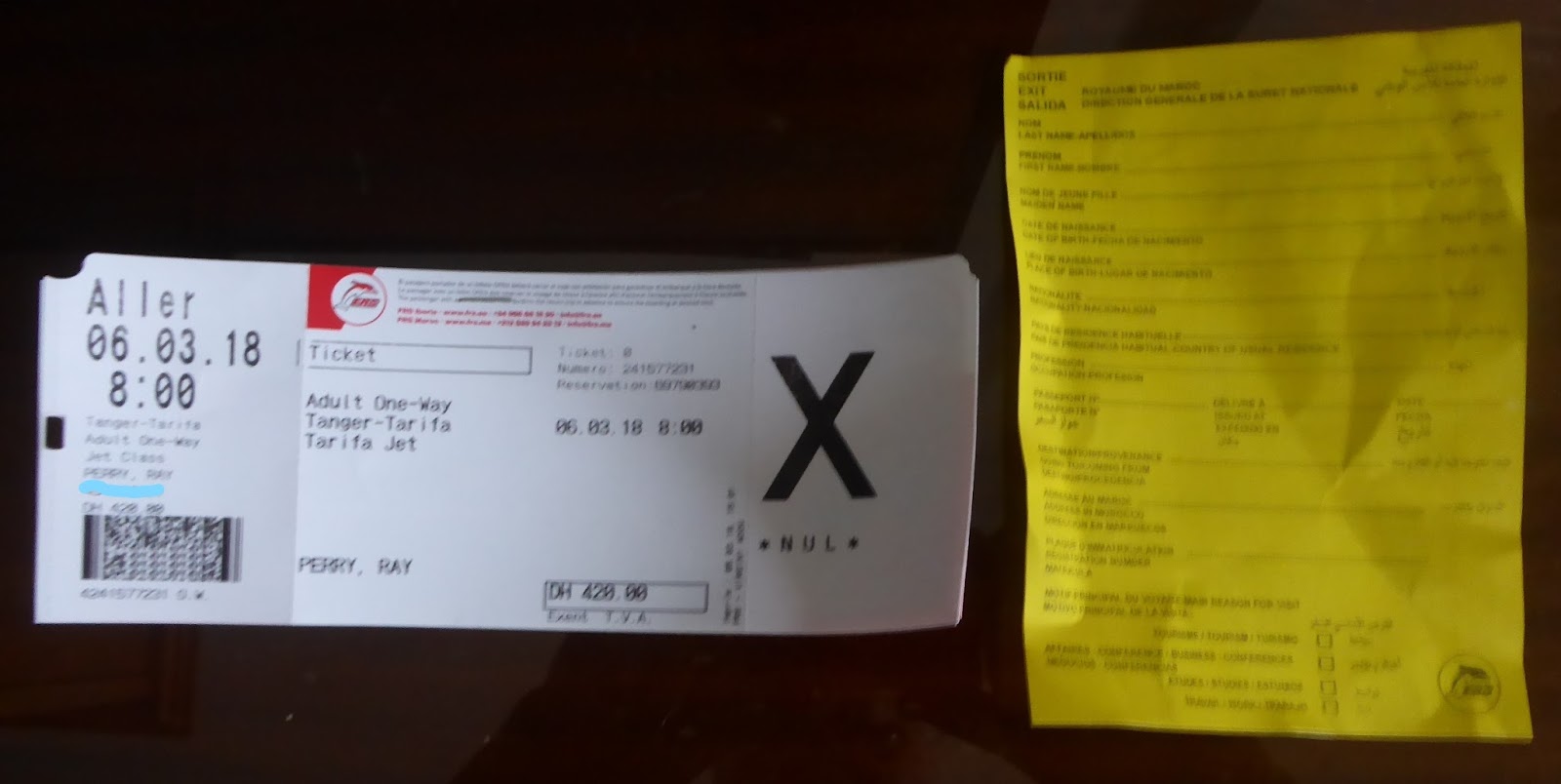 The ticket with my passport number blotted out as well as the yellow exit form that you give to Moroccan authorities on departure. 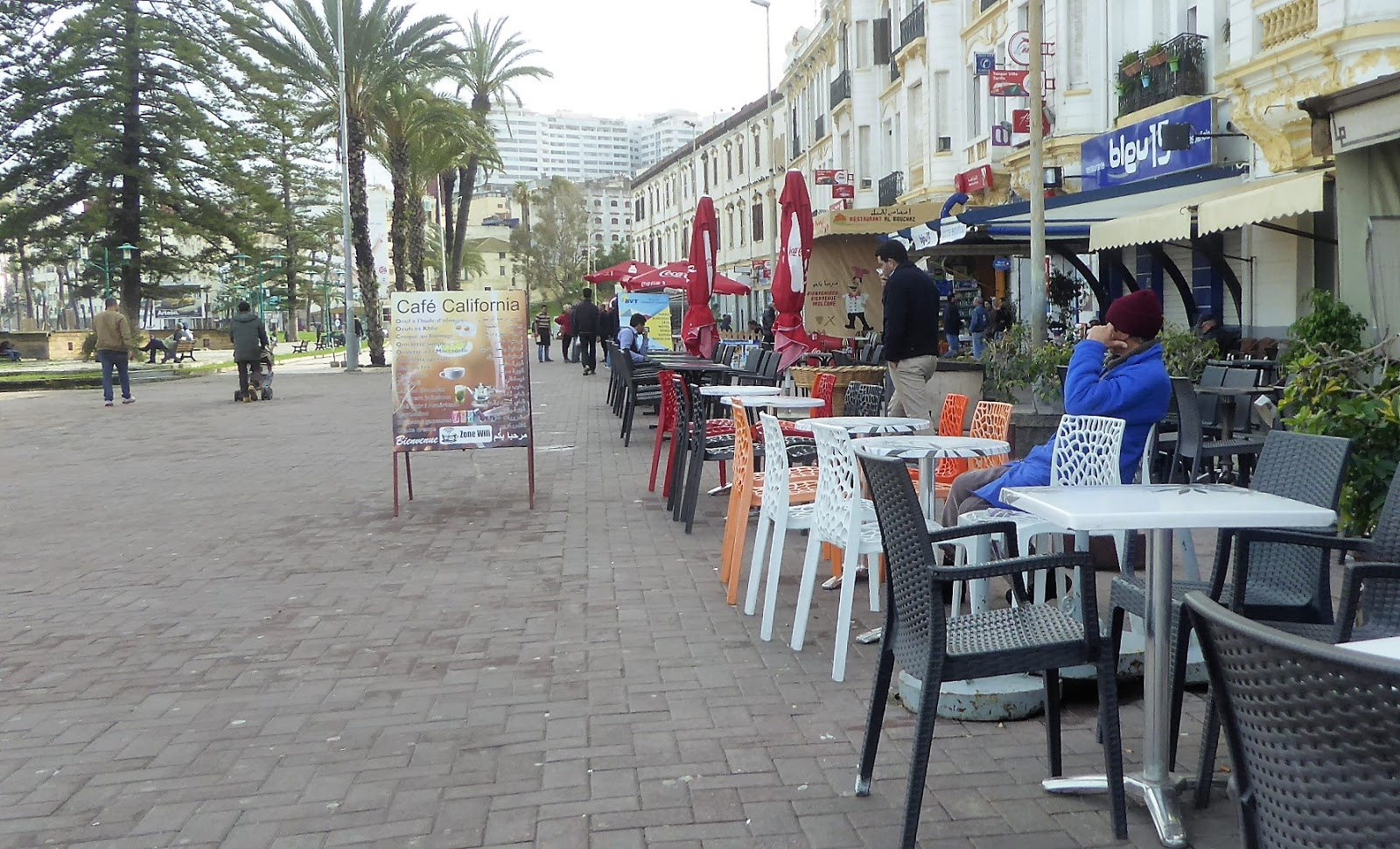 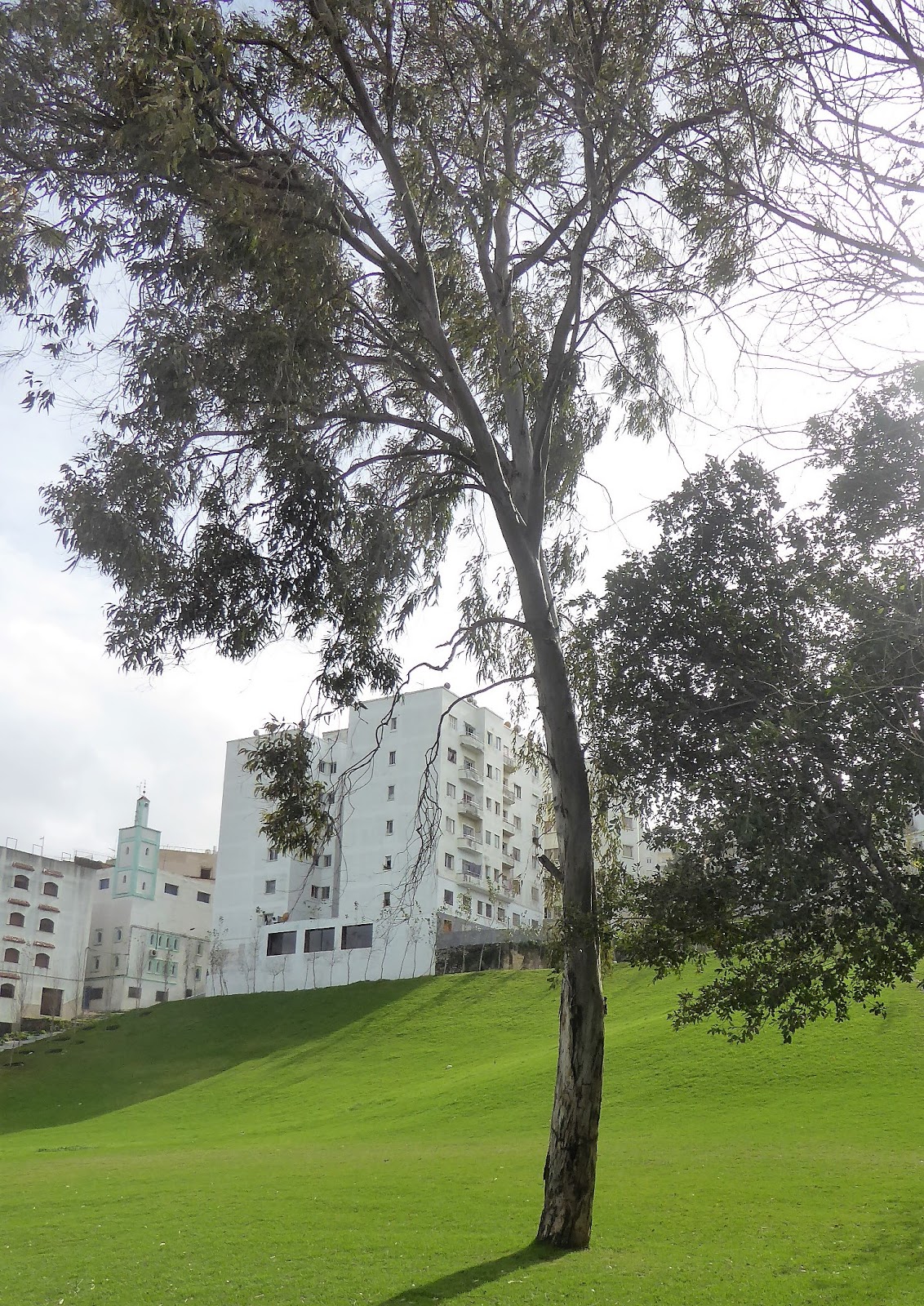 Occasionally there is a space between waterfront buildings which has resulted in an empty lot. This lot must have been vacant for a while with this gum tree growing to quite a height. 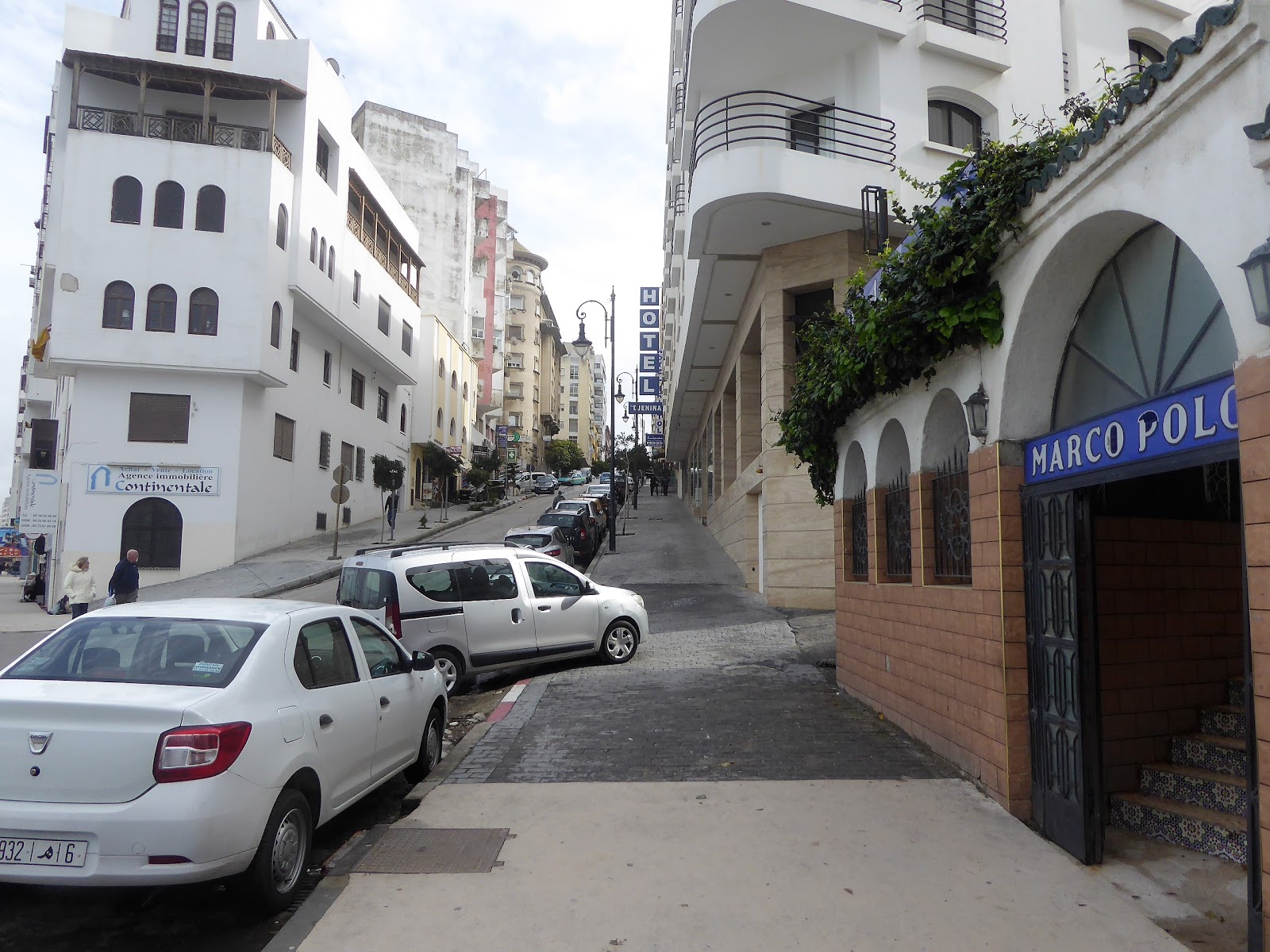 I thought briefly about climbing one of these streets leading away from the water but then decided that climbing a hill was probably hard work which I didn't need on what I hoped would be a relaxing day. Yes, I am getting lazy. 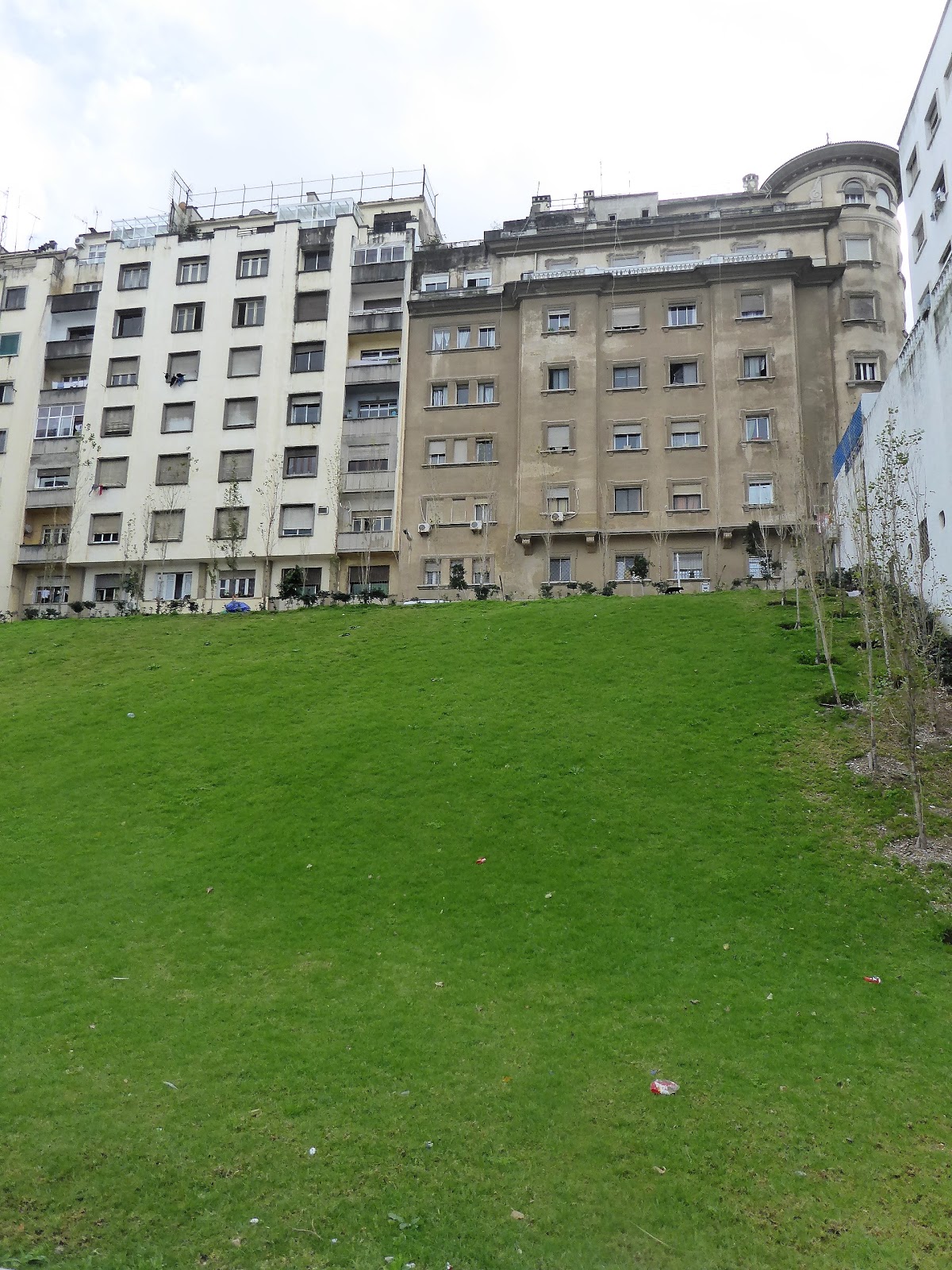 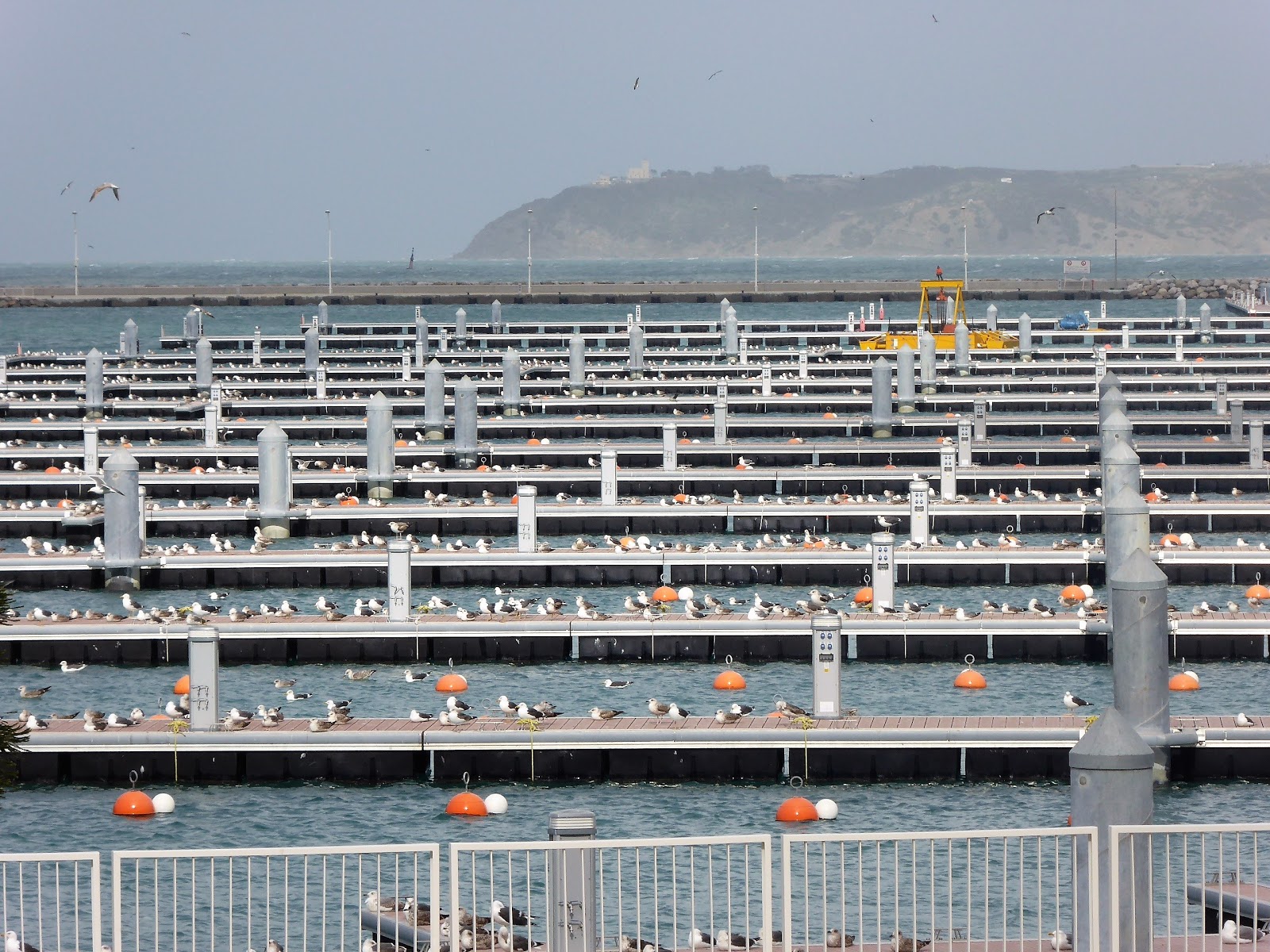 An enormous marina that was completely empty apart from thousands of seagulls. 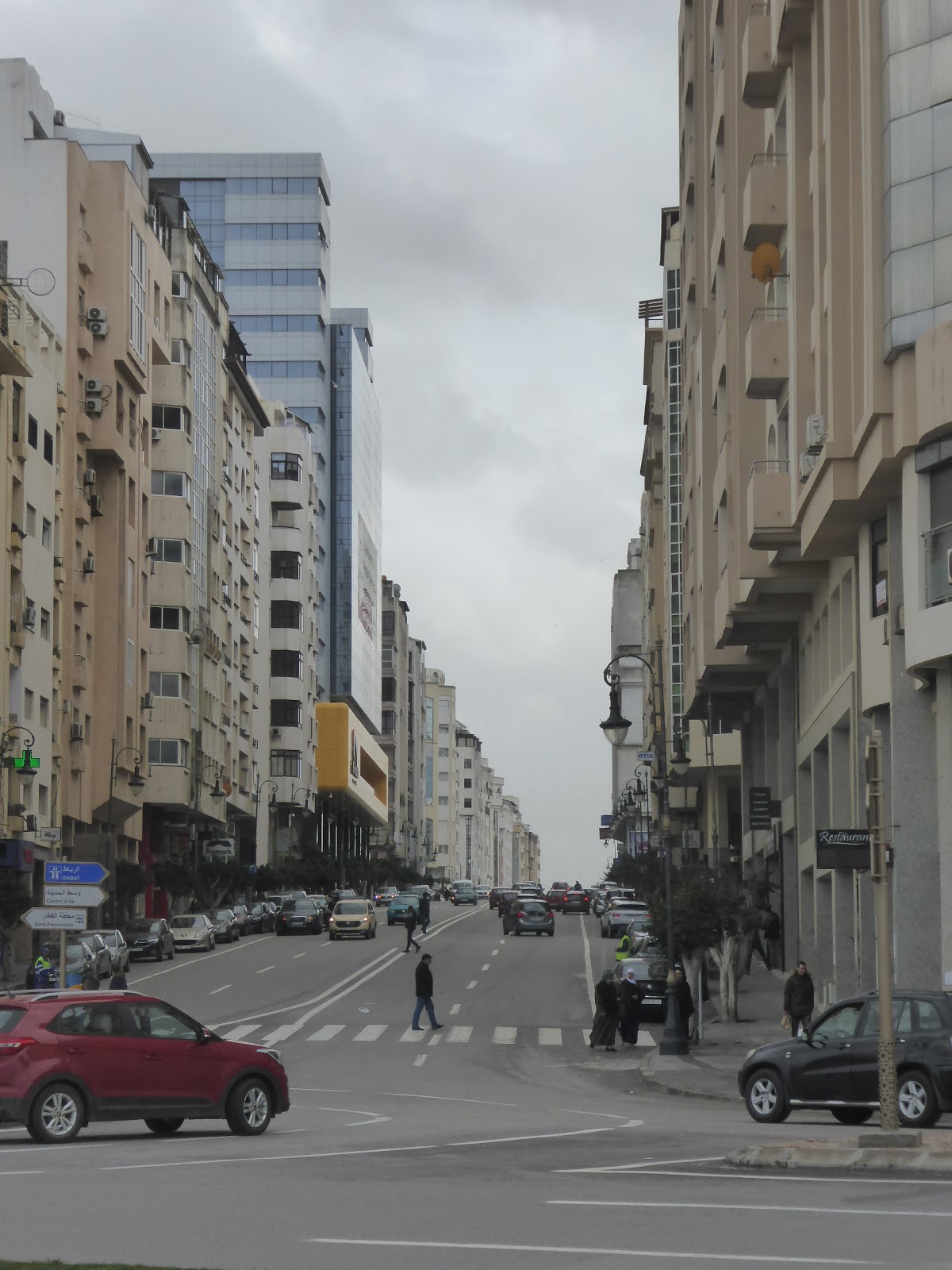 What I took to be a main drag leading away from the sea. I decided to leave it for next time. 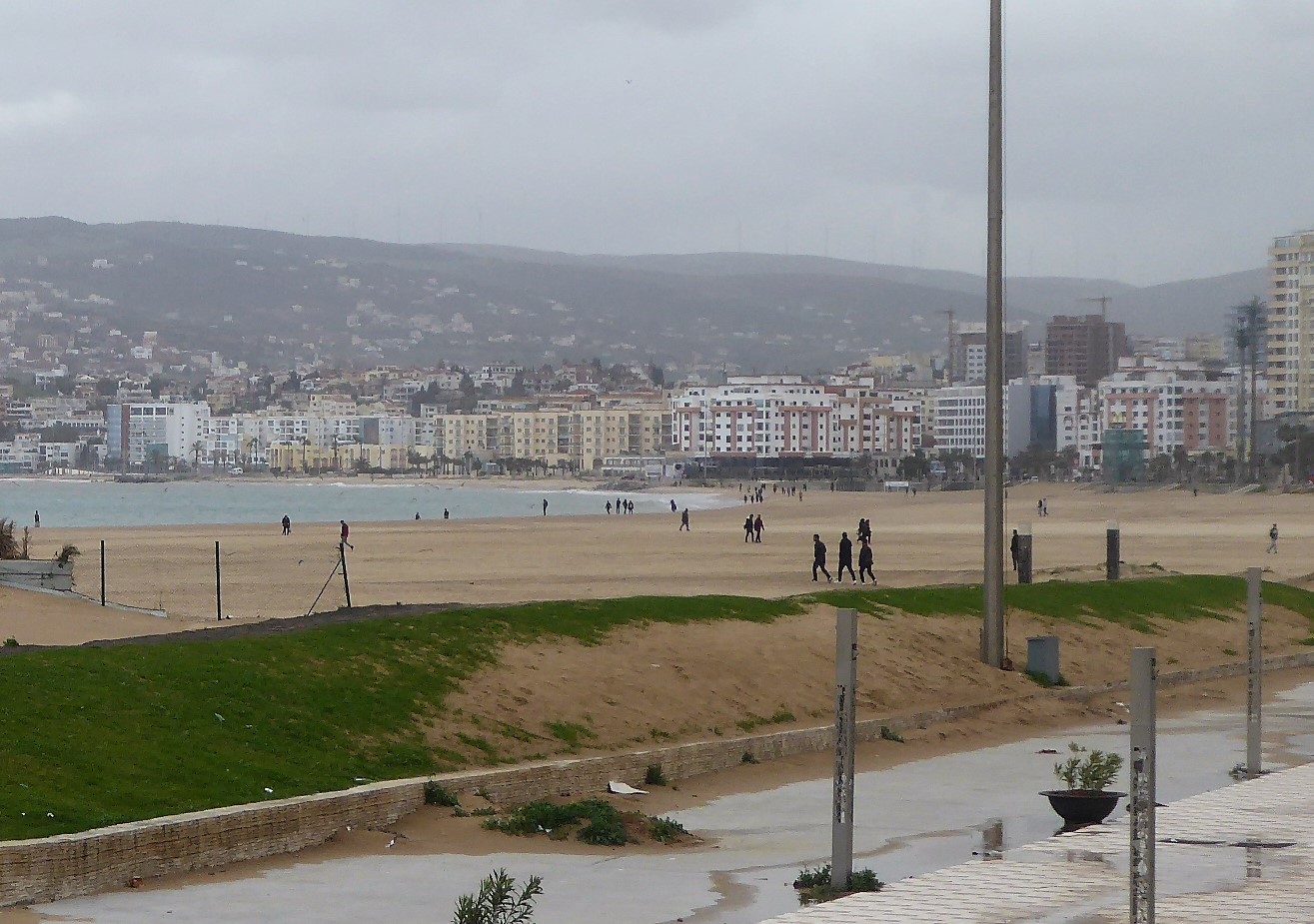 A beach in the distance, but since the sun had disappeared it didn't look too inviting. 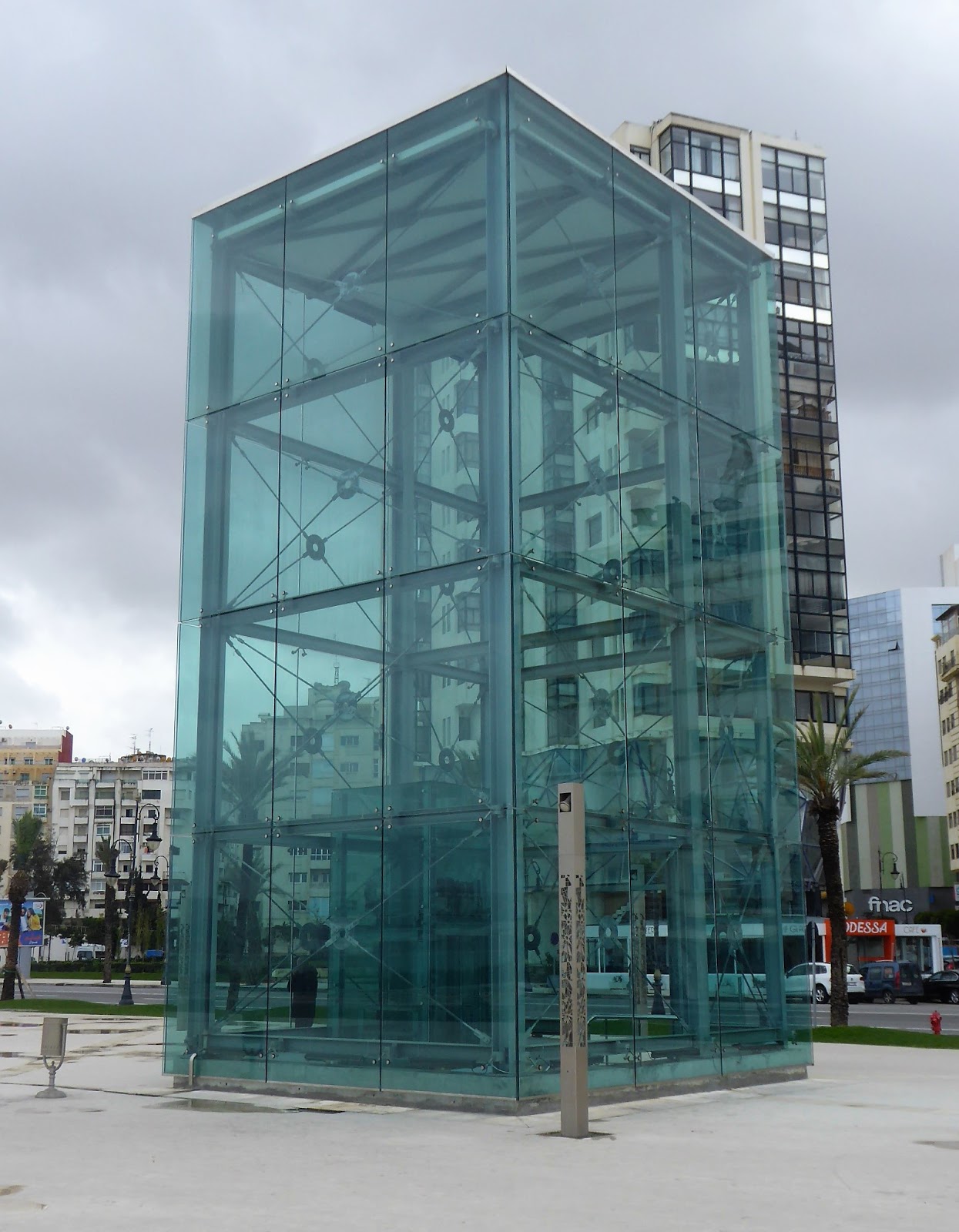 There were no crossings for the street that runs beside the sea. I suspect you were supposed to use a lift inside this glass box and go through a tunnel under the street. I couldn't see any matching box on the other side. 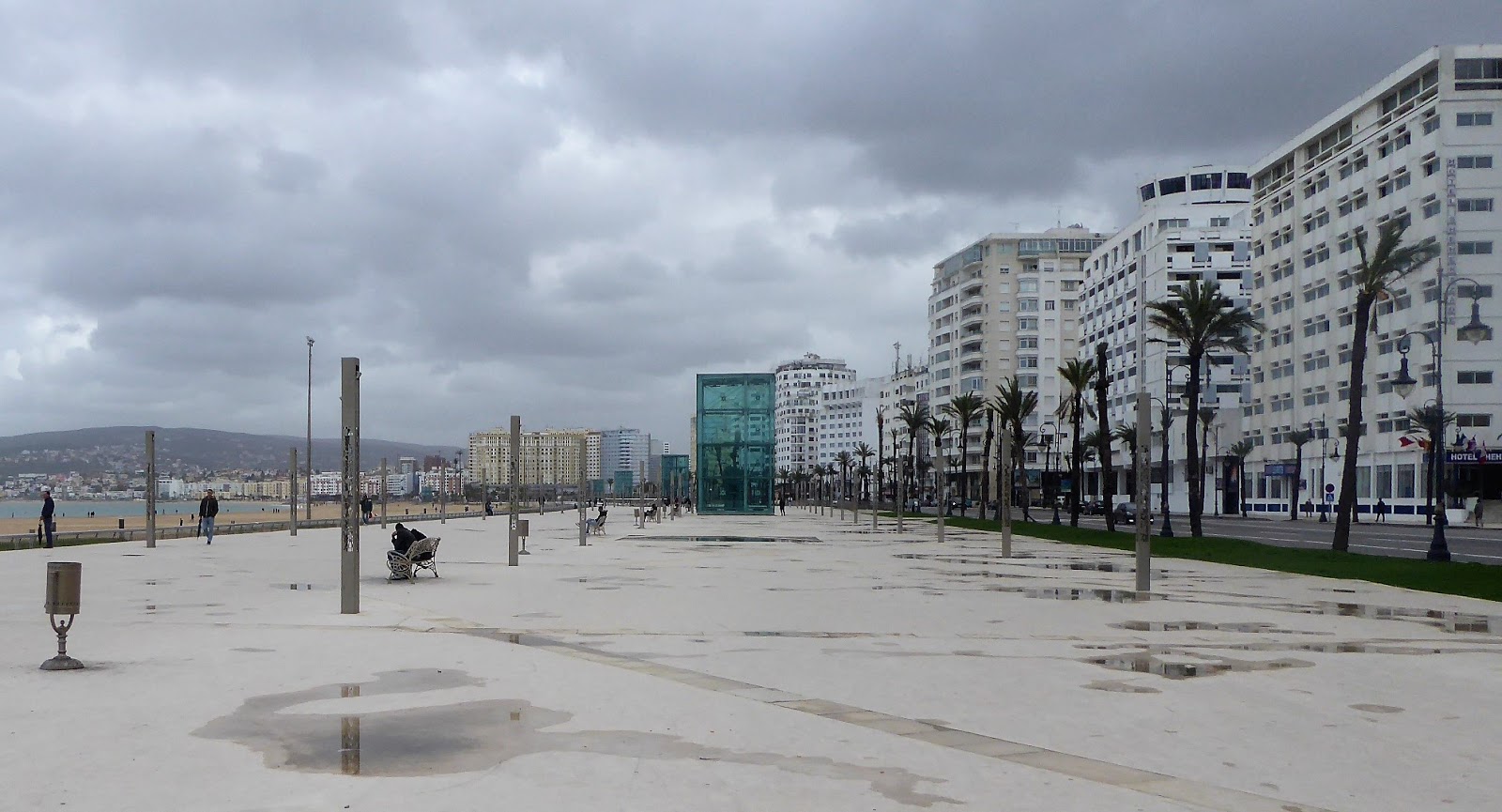 Not exactly inviting so I turned around and went back. 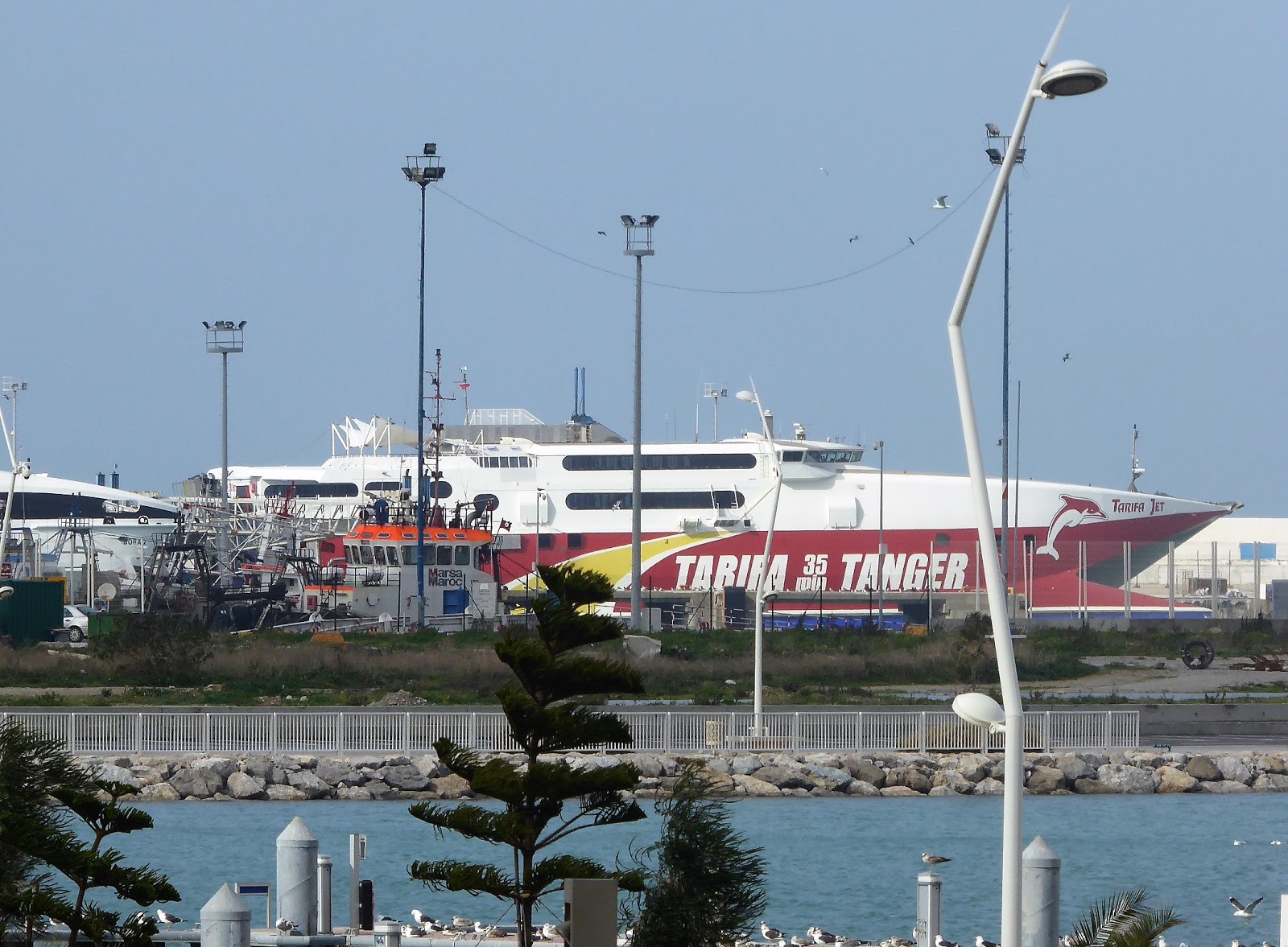 Off in the distance, one of the ferries. This one leaves at 8 am but I will wait for the 10 am ferry. 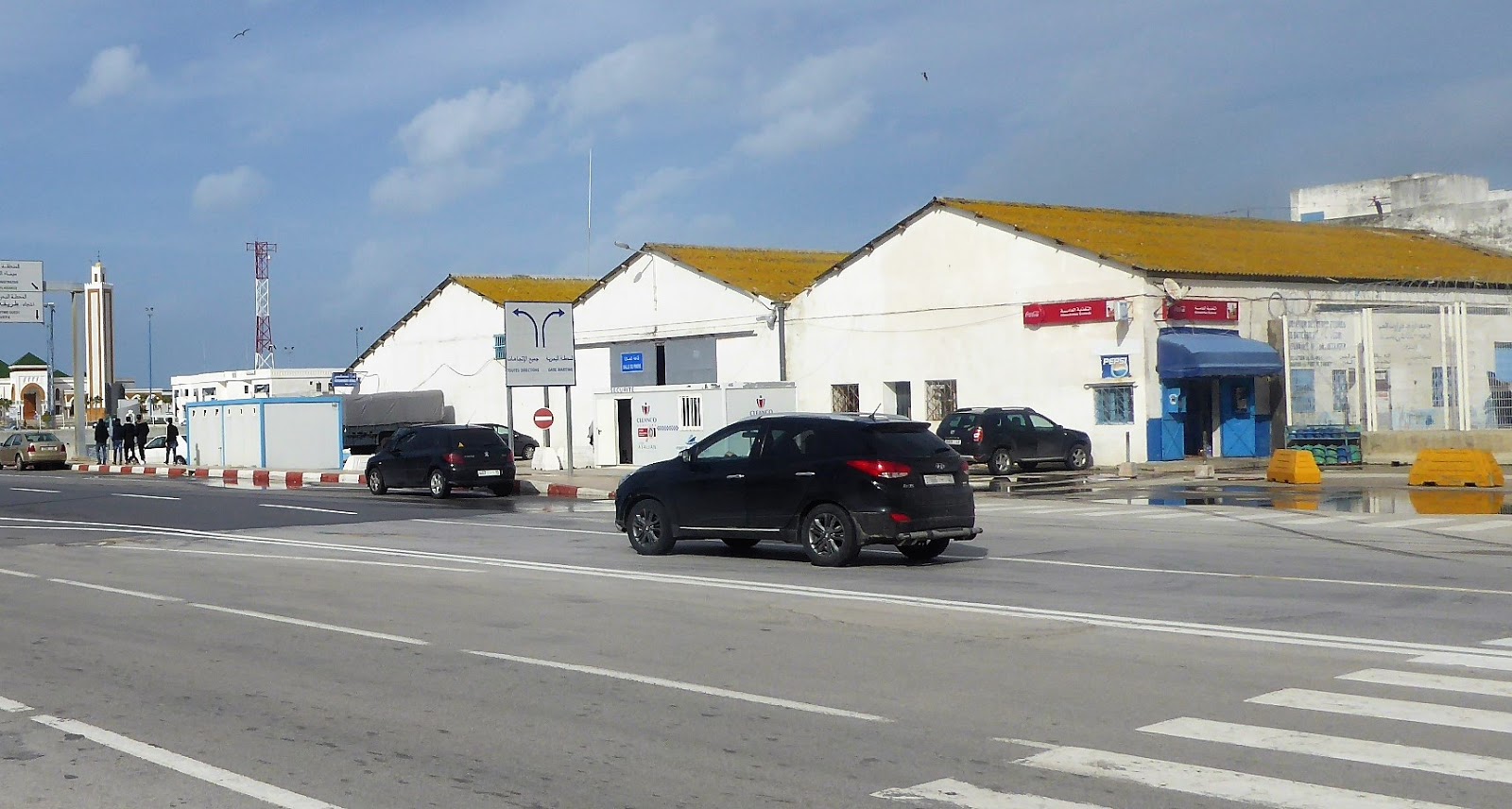 The sun came out again for a few minutes so I took the opportunity to snap these white buildings.

I had left the window of my hotel room open and six birds had decided to take up residence. Not being keen on dealing with the problem myself I toddled downstairs and asked for help. A bloke turned up and picked them up and threw them out of the window. He was vastly amused and got a suitable tip for his trouble. I forgot to take a photo of the birds.

Throughout my Moroccan journey I had wanted to have a lamb and prune tagine. The only time it appeared was on a lunch time menu and I was a bit wary of prunes for lunch. However the Continental restaurant had this dish on their menu so I ordered it. The taste was ok without being great but it was quite odd in that the dish included a peeled boiled egg as well as some unsalted peanuts. Unfortunately I forgot to take my camera to dinner so no photo.