Late in the afternoon, the sun was out and it was not as cold as earlier in the day so I decided to walk in the park near the Prado. 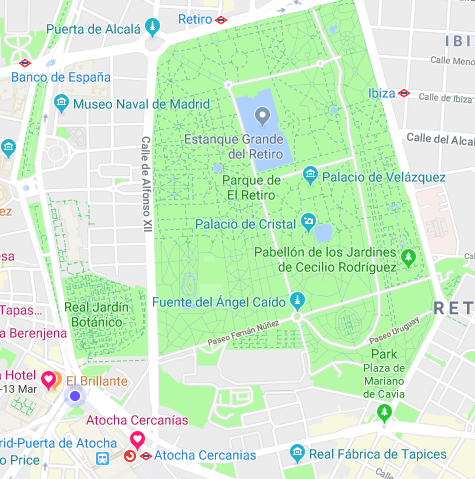 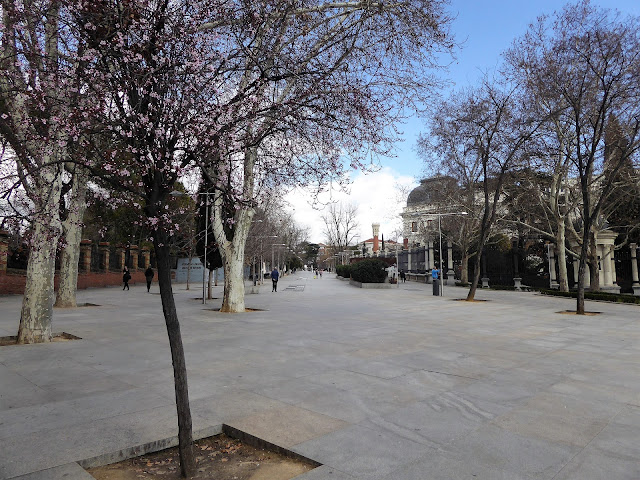 The sun was shining and the locals were out to enjoy it even if the temperatures were a bit chilly. At least the wind had died down. You might be able to see some buds on the tree in the foreground. 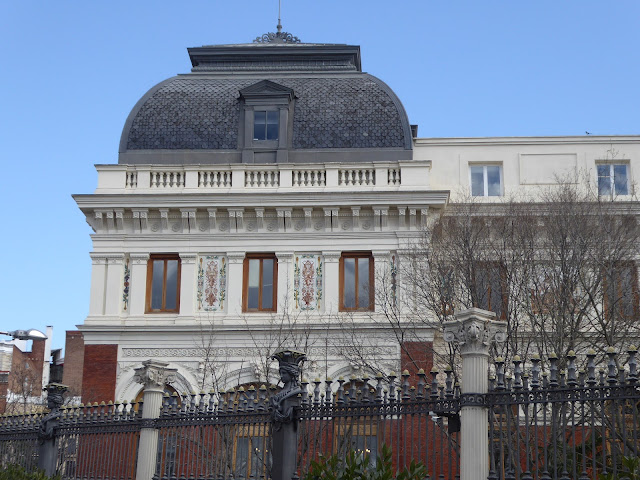 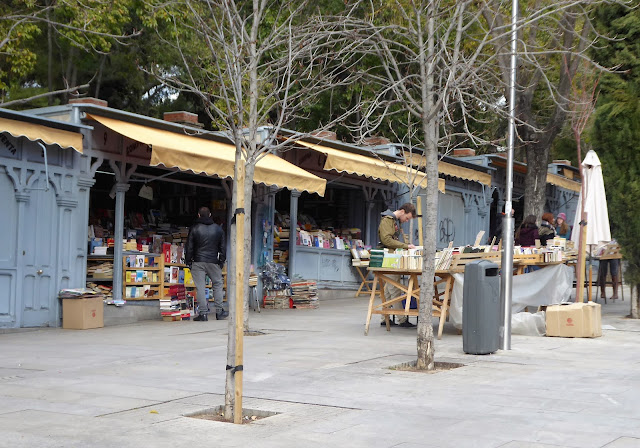 Some book-sellers were open. 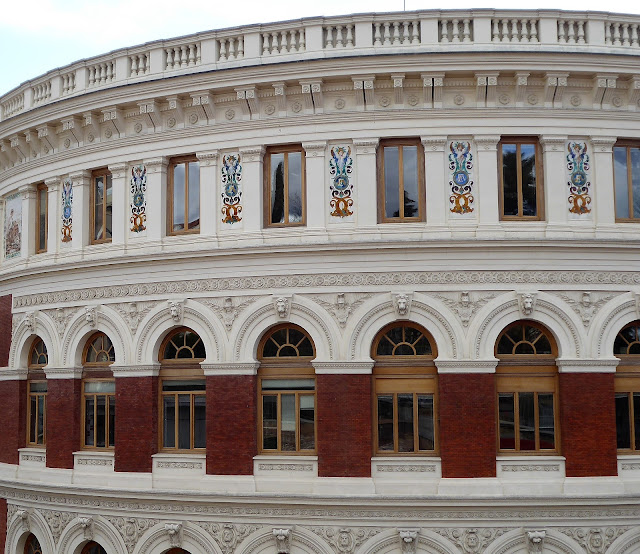 This elegant building is the Ministry of Agriculture. 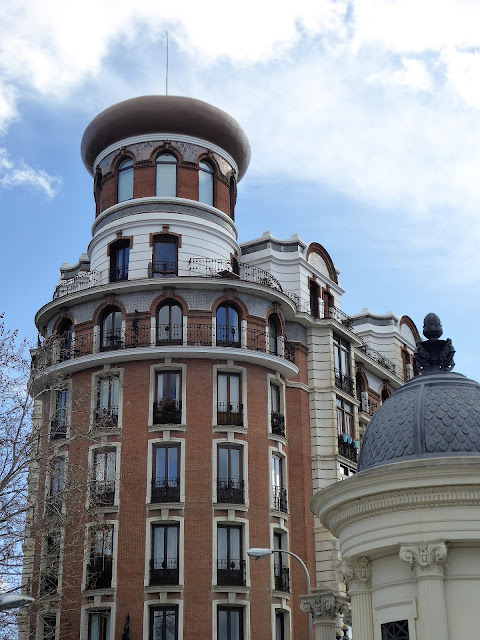 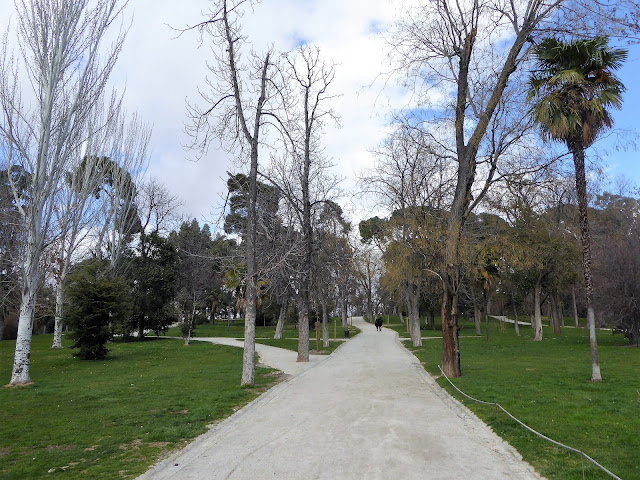 I entered the park and started to wander. 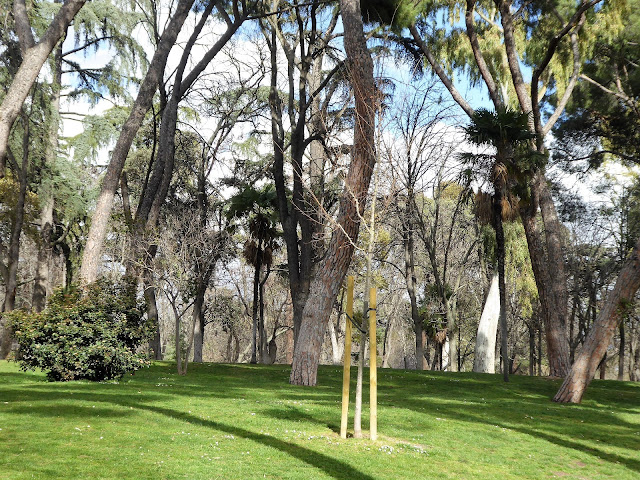 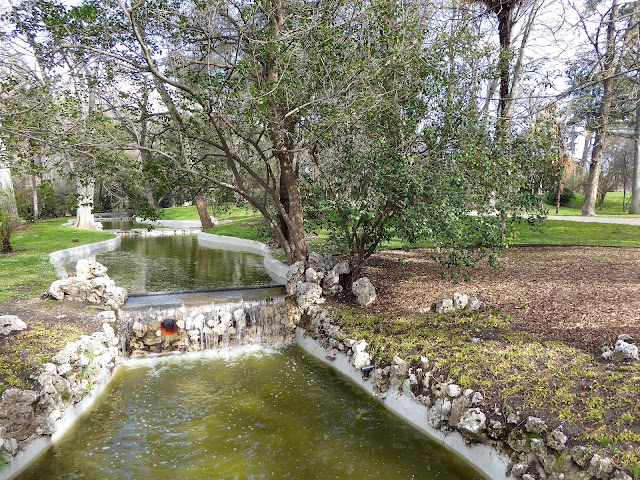 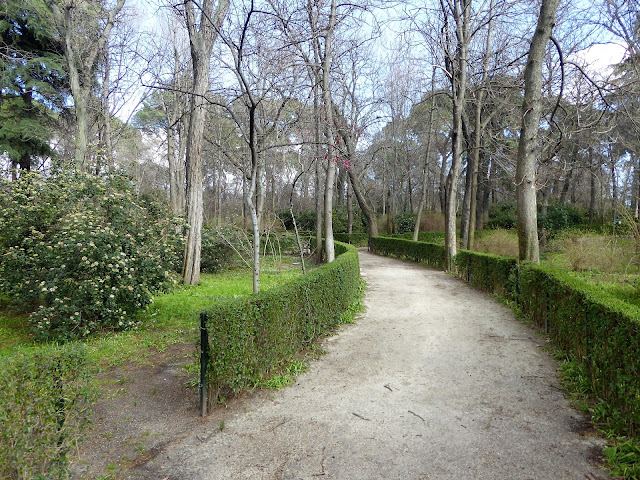 This park is very pleasant to wander in. There were not a lot of people in this part. 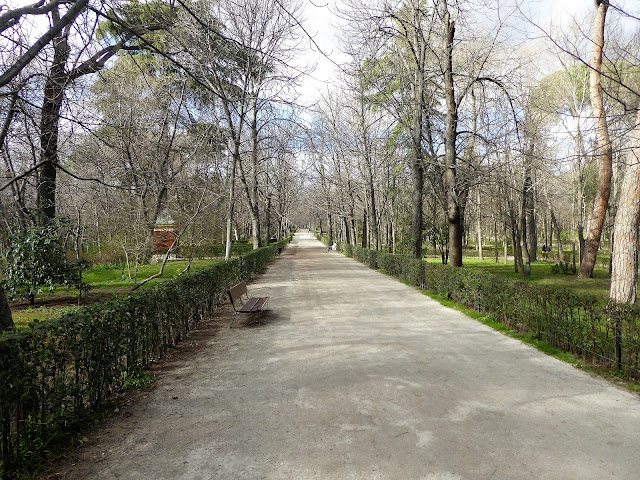 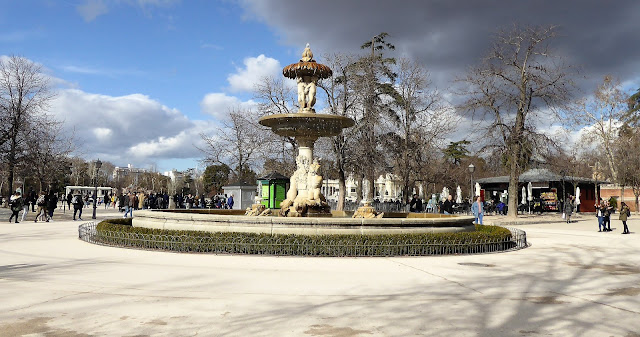 Eventually I came to the central part of the park and this was obviously a popular place to chill out on a day that gave hope of an approaching Spring. 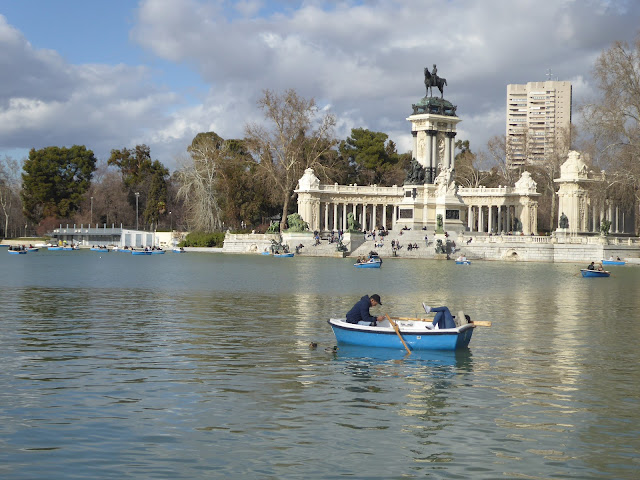 I was amused by the leg in the air. Let the poor bloke do all the work while I eat a peeled grape. 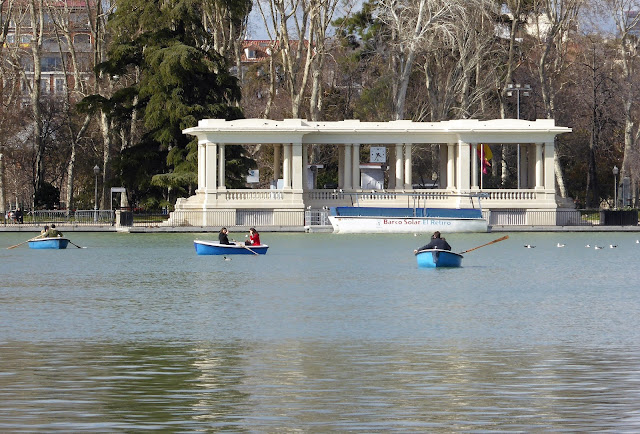 I think they still have jackets on. It wasn't all that warm. 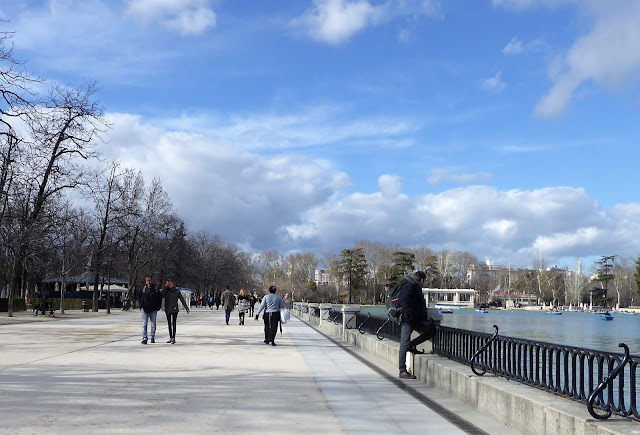 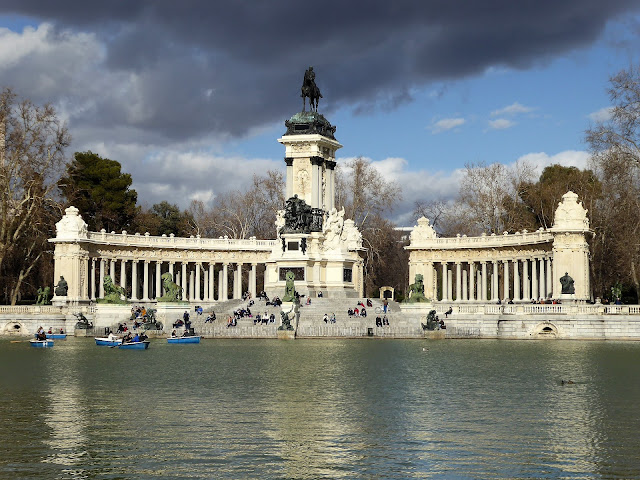 More information about the park and the monument here. 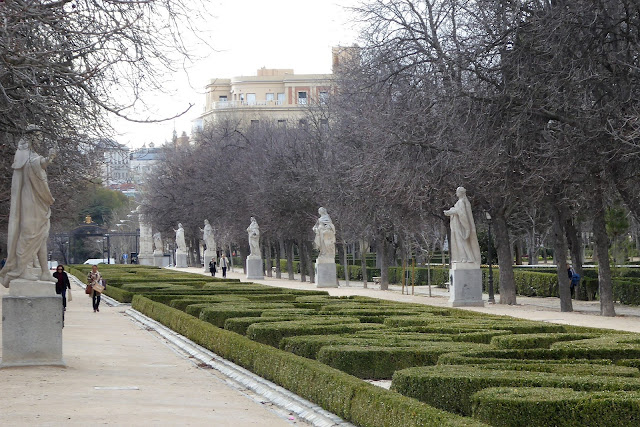 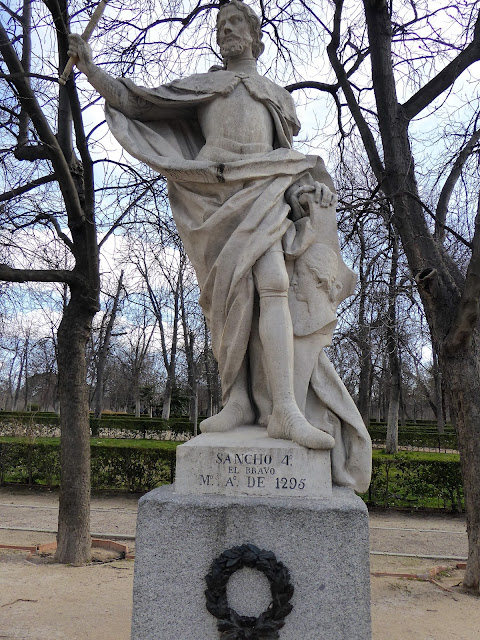 Somehow I don't think his last name was Panza. 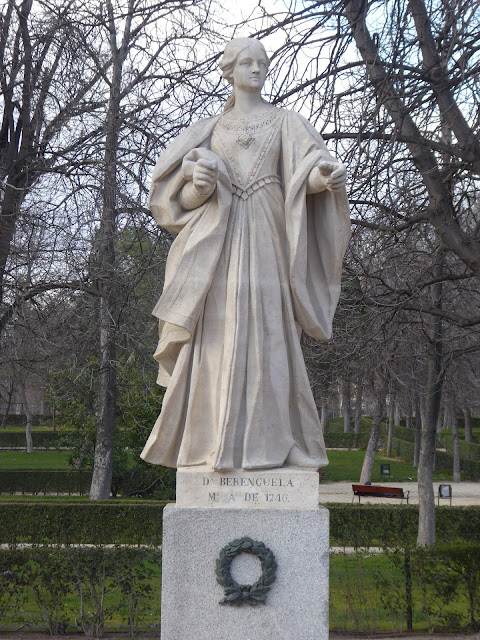 She was the Queen of Castile back in 1217. More about her here. 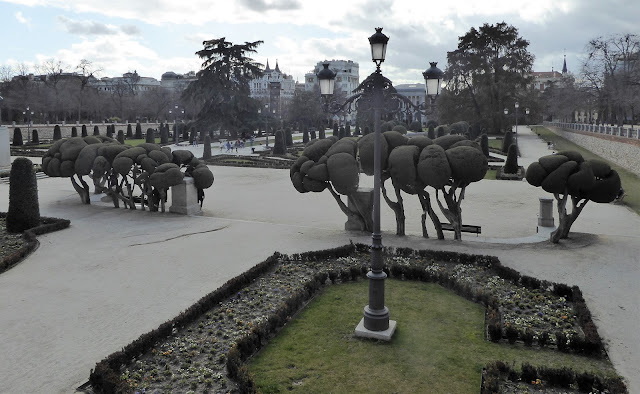 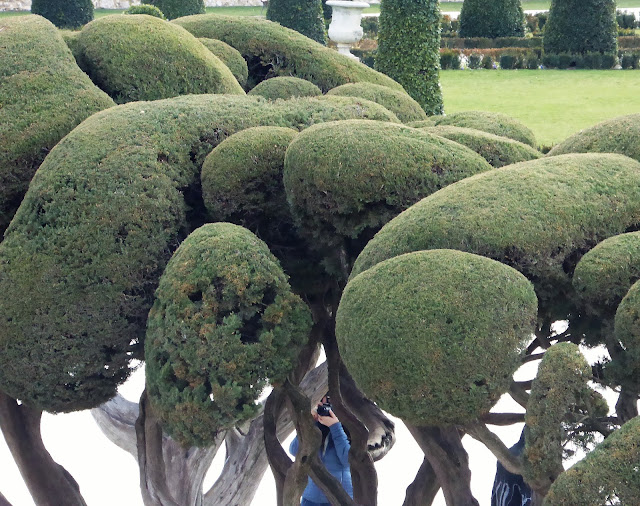 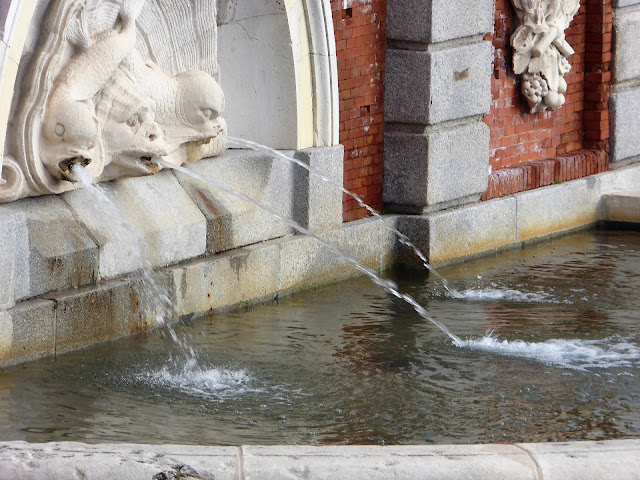 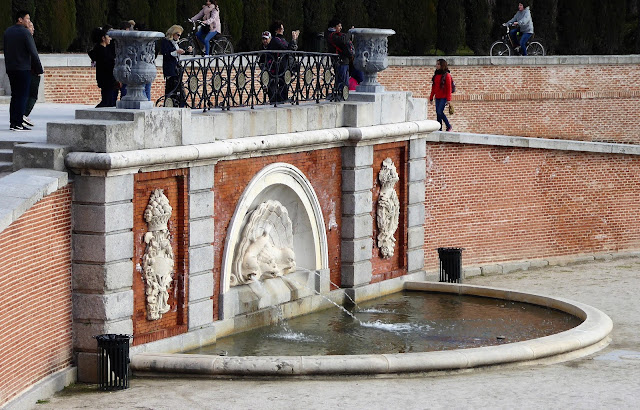 It was a delightful walk and an excellent farewell to Madrid.

The next morning I woke to find that my plane back to the US would be five hours late since it had been delayed for over six hours leaving Newark airport. Oh well, stuff happens when you travel. I was just happy that I had not become sick during the trip. I eventually arrived home at 12:30 am the next day and went straight to bed. At least the food on the United flight was a lot better than the disgusting muck that Lufthansa served on the way over to Europe.

The trip lasted five weeks. Interestingly, Marianne said the time went very quickly. For me, it seemed like five months had passed. Time goes slowly when you travel because so much is happening and it's usually all new and different. Perhaps that is one reason why I like to travel.