You take some chances when you book a hotel but I had a feeling that this one could be special and I might need a bit of pampering after Egypt and Morocco. 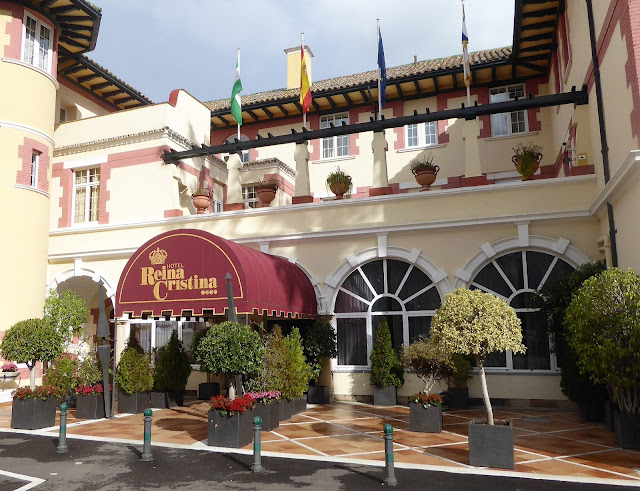 The bus dropped us off at the Algeciras port and while it was only a short distance to the hotel as the crow flies, there were several highways and roads to cross so I took a taxi. After going up a long driveway, here is the entrance to the Reina Christina. It is a four star hotel.

Because I was delayed a day I had asked Booking.com to contact them to inform them I would arrive a day late. I still wanted to stay two nights so that I could visit Gibraltar. I have reduced my nights in Malaga from three to two. 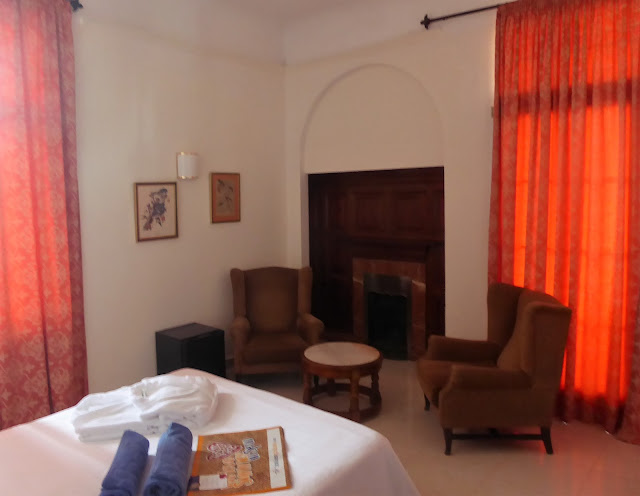 This is my corner room on the third floor and it is one of the nicest hotel rooms I have ever stayed in. Yes, there is a fireplace. 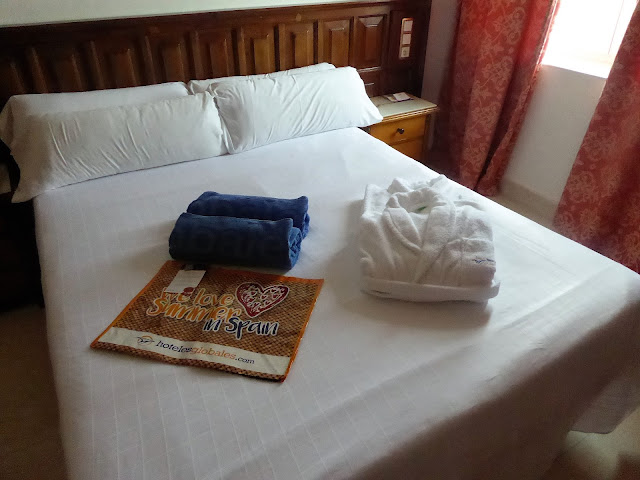 Note the bathrobes. I will try one out later and you might even have to put up with a photo. 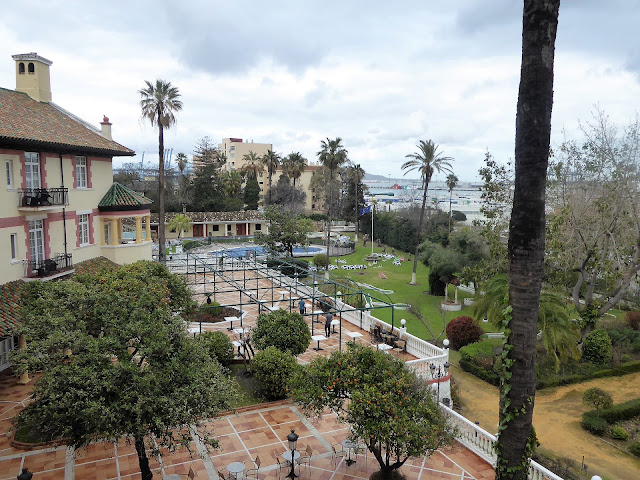 View from one of the windows. 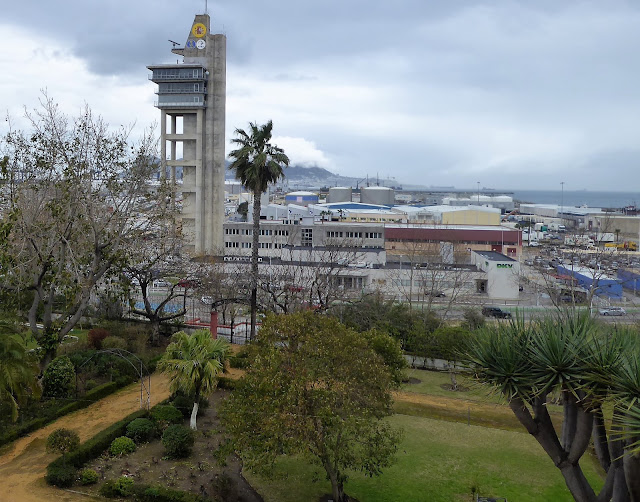 In a different direction from the same window. That is Gibraltar in the distance. 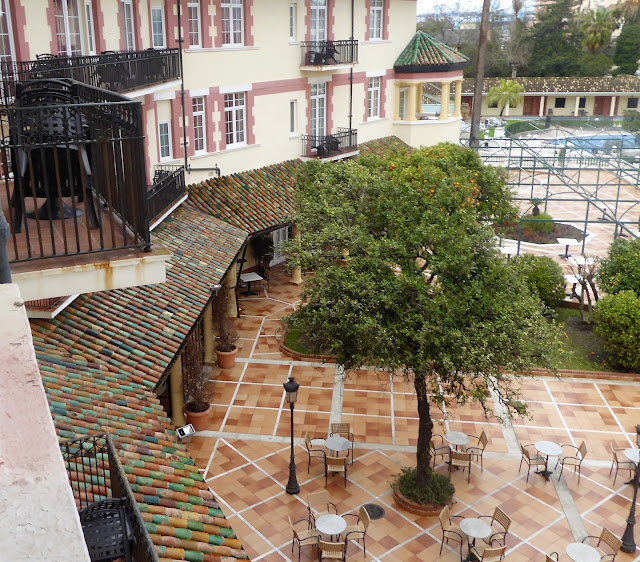 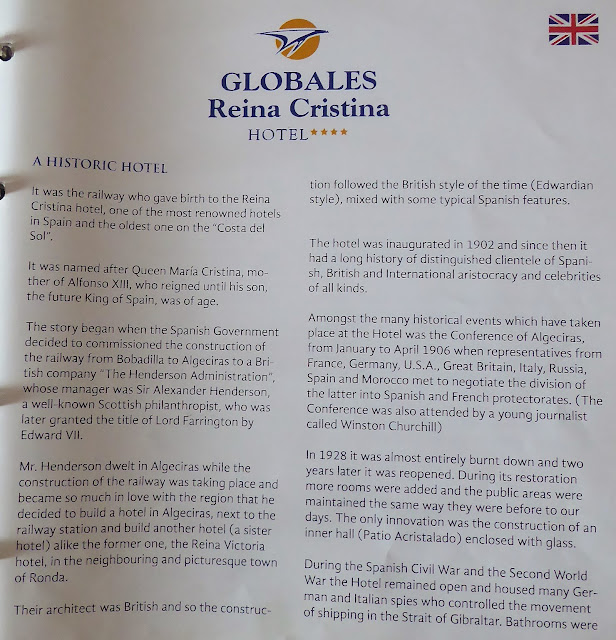 It is interesting to read the history of the hotel. I see Winston has been here as well as my hotel in Tangier. 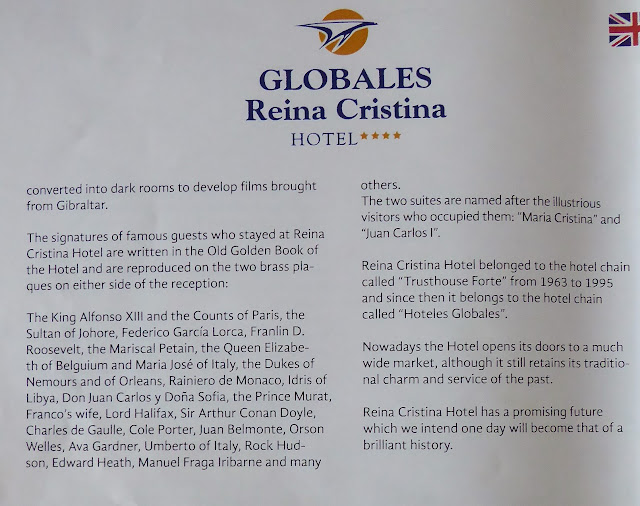 I was wondering if I could look as good in a bathrobe as a famous Hollywood actor and I see Rock Hudson was here as well as Arthur Conan Doyle and Awesome Wells. If you click on the images they will enlarge. 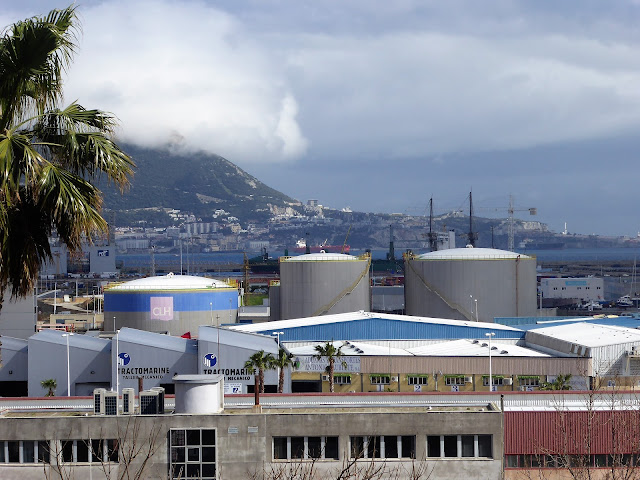 The top of Gibraltar covered by cloud. Hopefully it will be clear tomorrow. 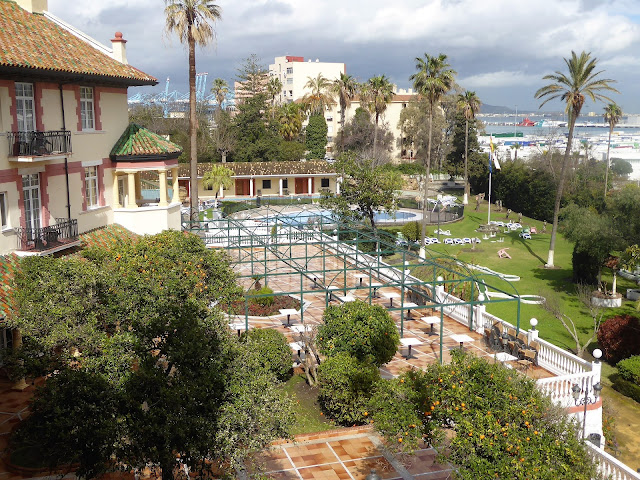 The sun came out briefly. 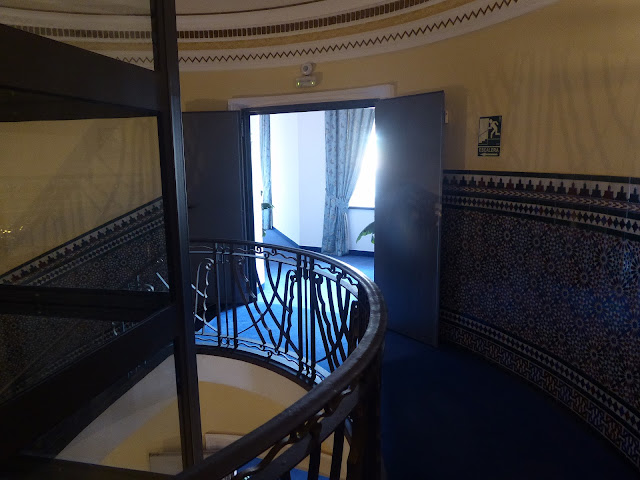 I wandered around the hotel taking photos. 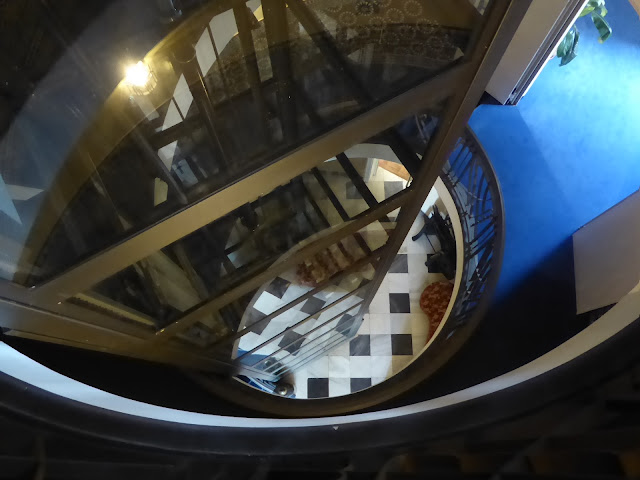 They installed an glass sided elevator inside the circular staircase. 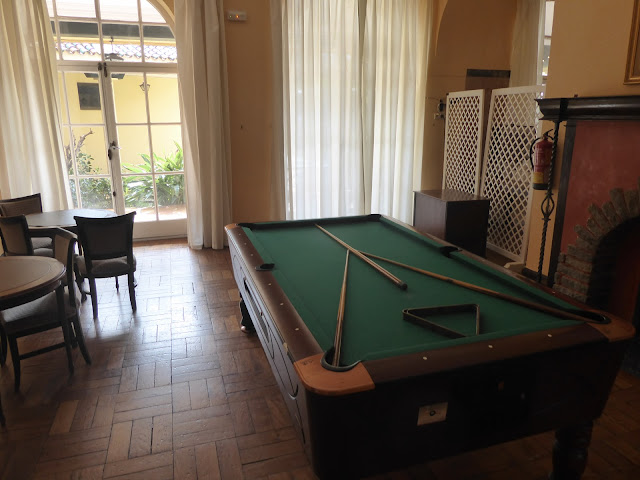 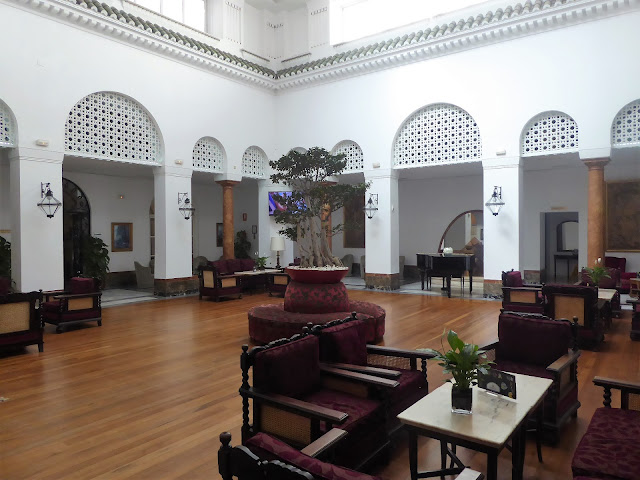 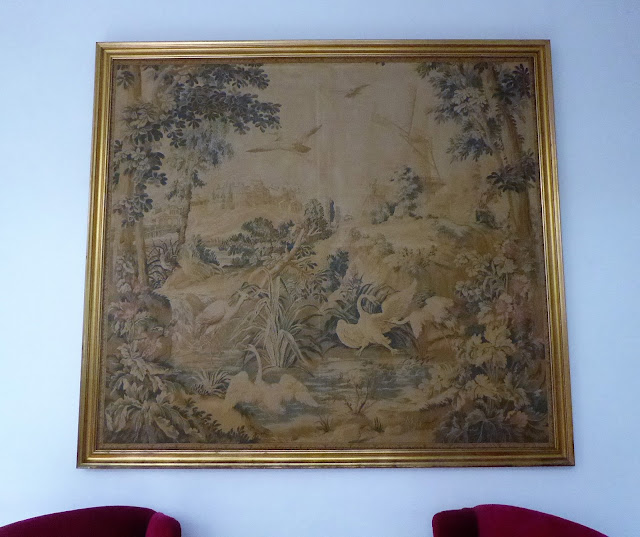 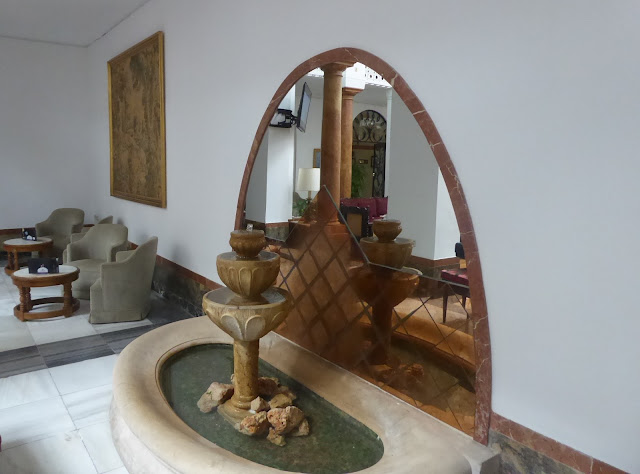 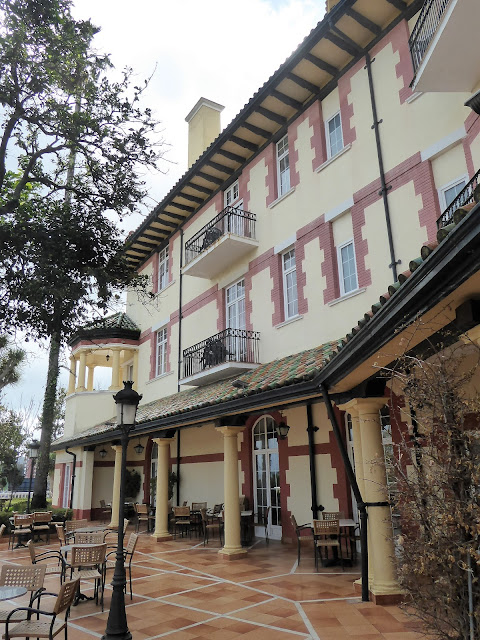 My room is the last window on the top floor without a balcony. 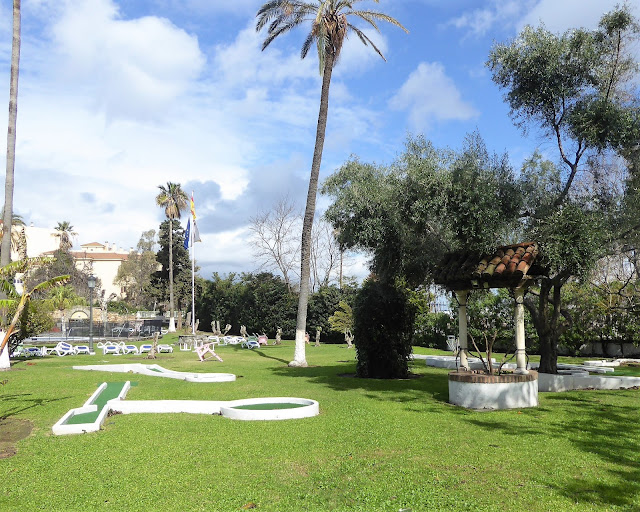 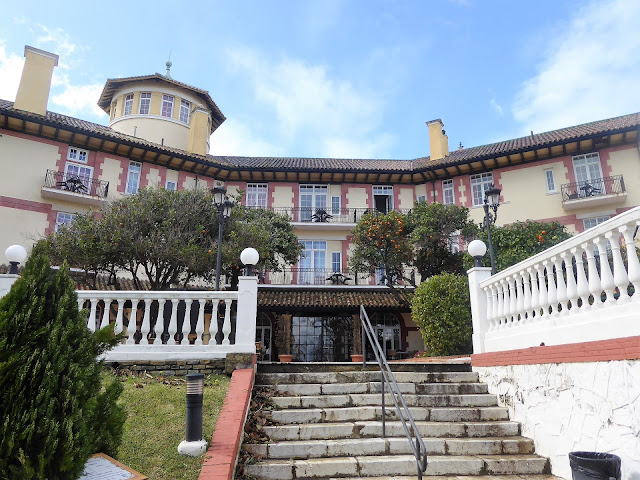 It really is a lovely hotel and the level of luxury is a far cry from some of the hotels I have experienced during the trip. It cost 118 euros for two nights (about $70 per night).

When I read the blurb about the hotel I noticed the part about the Germans using the hotel as a base to keep Gibraltar under observation during WWII. Since my room has an excellent view of Gibraltar, I suspect it had a German occupant back then. No doubt this posting was considered more desirable than the eastern front.

Which led me to remember my father showing me a photo of himself and his two best friends when they were in their late teens. One of them was Jack Popham who became a chemist in Grafton. When I asked about the other, my father just said 'He lies at the bottom of the Mediterranean in a submarine'.