Gibraltar - part 3 - back down the hill

By now I was getting quite tired so it was time to go back down the hill and return to Algeciras. 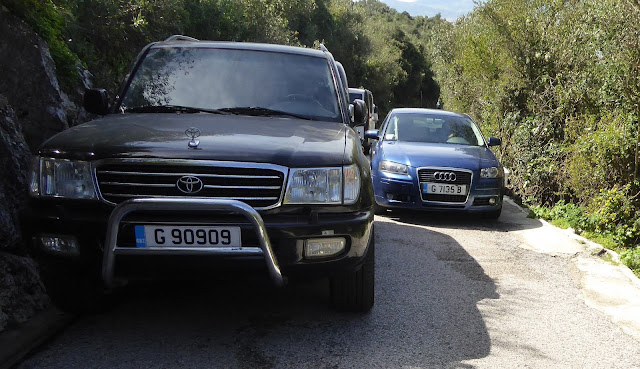 Quite a few cars had driven up the steep hill to the Siege Tunnels. There was no place to turn around so they had to back down which the Audi on the right was attempting. It looked quite nerve wracking. 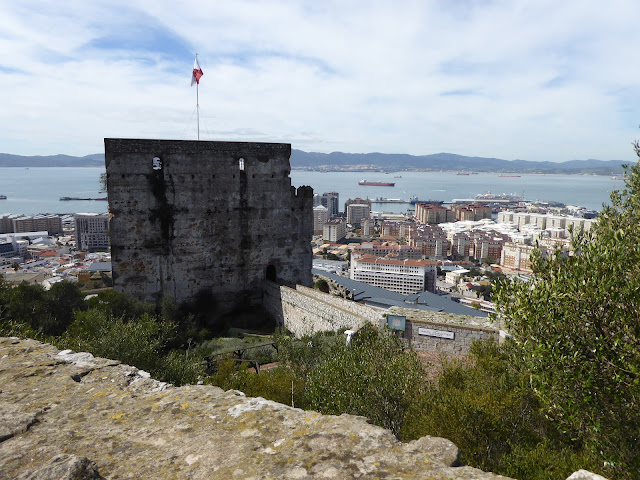 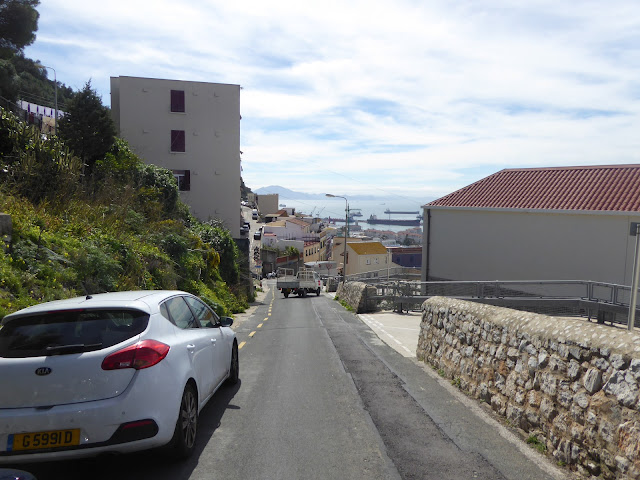 Eventually I came down to a populated area. There was still quite a way to go before I would be down at the bottom of the cliff. 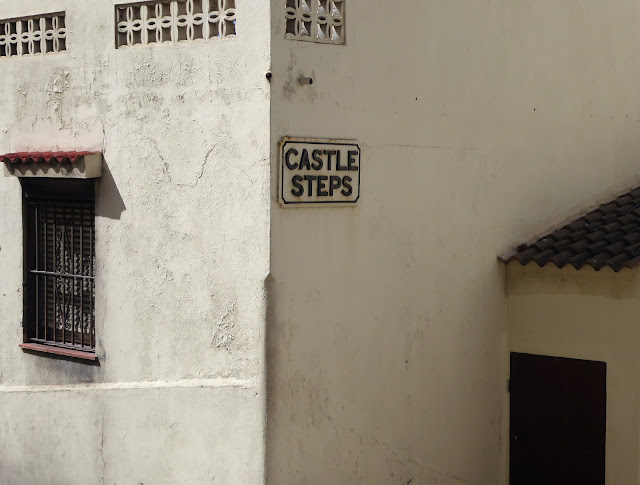 I saw on my map that the Castle Steps would take me to the bottom. They are named after the Moorish Castle. Just before I descended, a young lady reached the top of the steps and she looked absolutely exhausted. I was about to find out why. 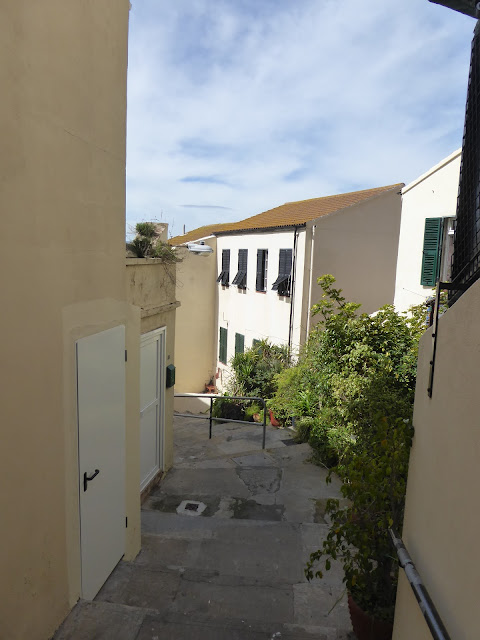 Down I went, flight after flight. 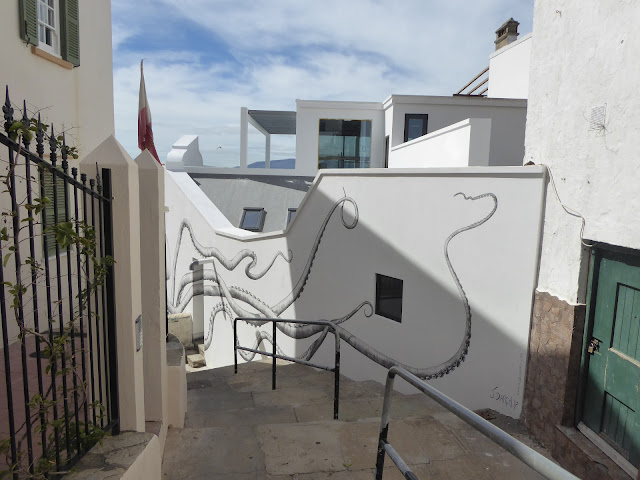 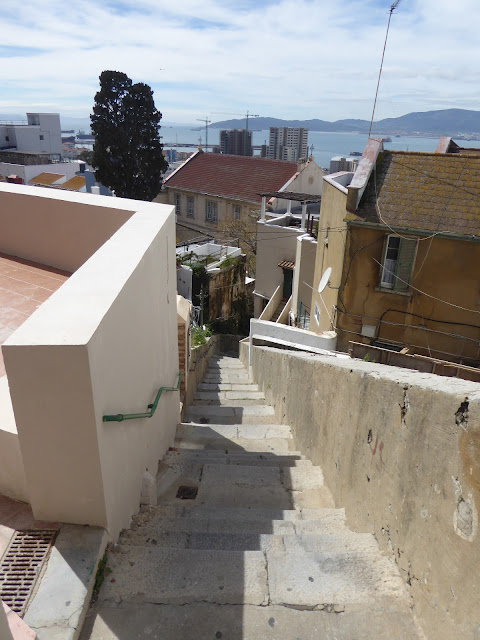 The steps never seemed to end and I knees started to hurt. 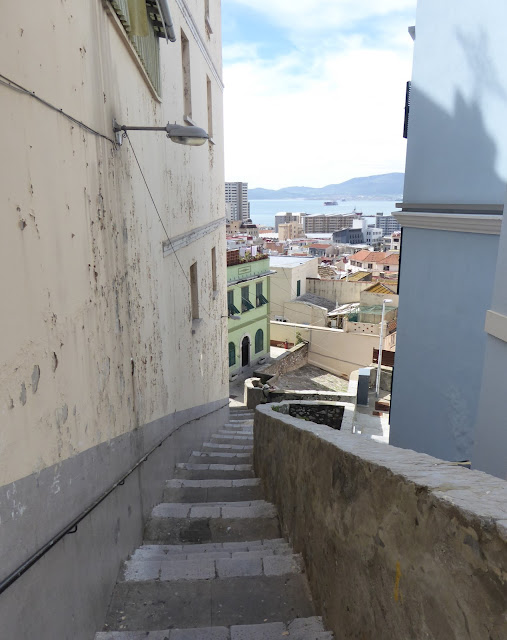 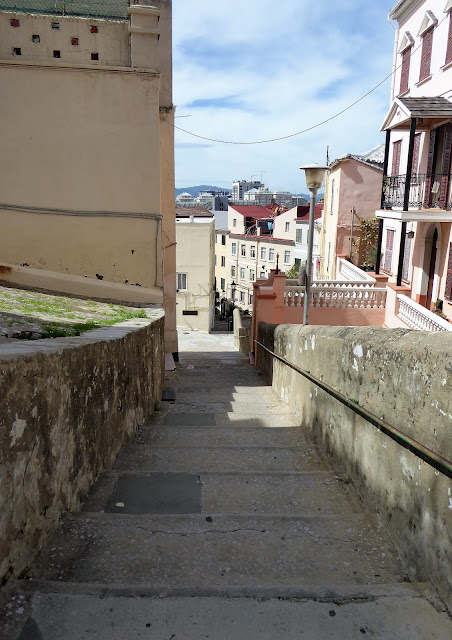 On and on and on. I only passed one person coming up. 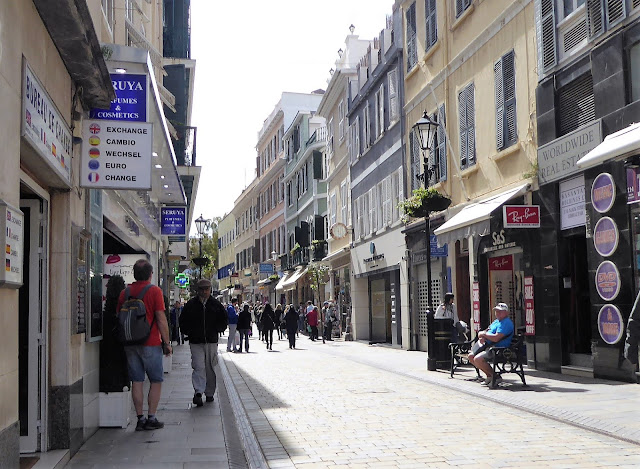 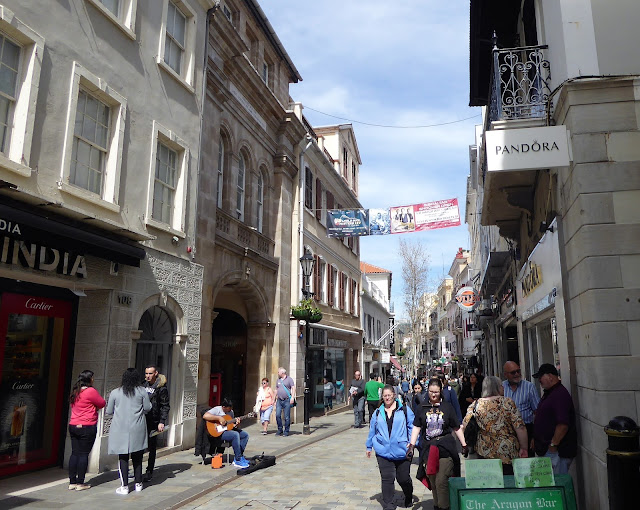 I bet it is a zoo in summer. Gibraltar has about 30,000 inhabitants and from what I heard, a large proportion of them speak Spanish. 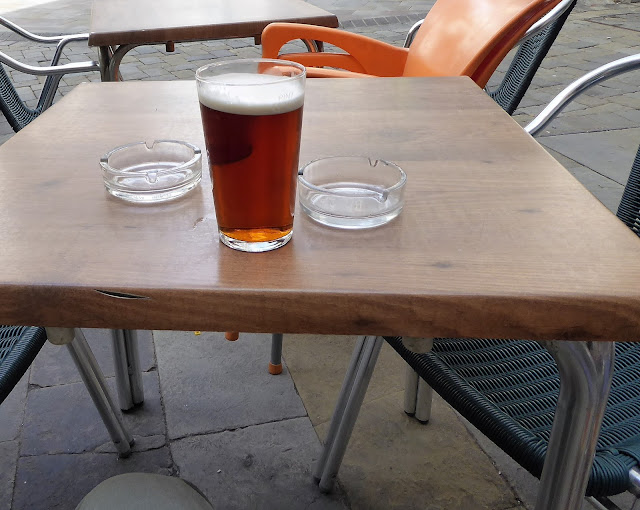 I found a pub and had a pint of ale. It was very welcome and refreshing. 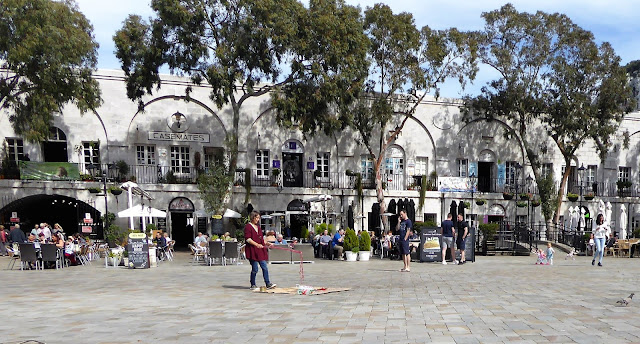 In the big square, a woman was using a wand thing to produce big bubbles, much to the joy of the crowd who were watching.

I caught a bus back to the immigration area and then caught the bus back to Algeciras. The second bus was crammed with people but made fewer stops so the journey did not take as long as my trip that morning. I was very pleased that I had finally been to Gibraltar. And of course, I then had a nap.

I was very fortunate to have such a beautiful day. It had rained the day before when I had originally planned to visit and it rained about 6 pm after I arrived back at the hotel.