Atocha station and the Prado

It was a cold wet Sunday morning and I ventured out to have a closer look at Atocha station across the street. After a hundred yards or so, I went back to the hotel and put on a heavier jacket and my beanie. 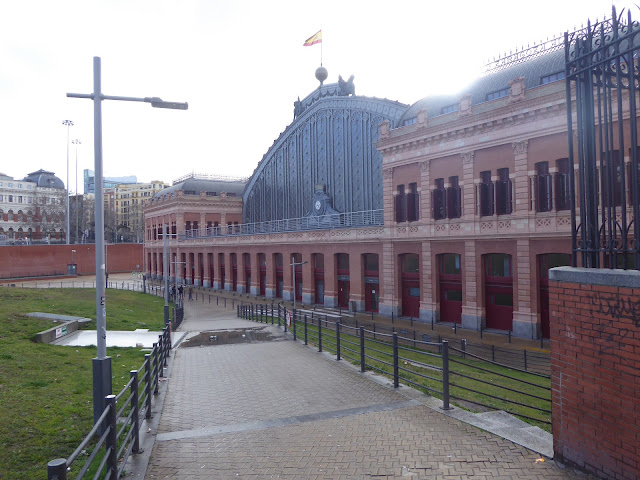 The old entrance to the building which dates from 1892. 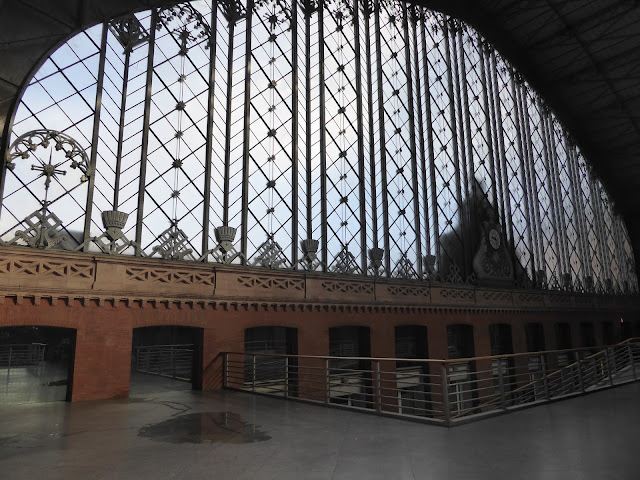 The building was modernized in 1992 with the train tracks and platforms being replaced by a concourse. The magnificent facade was kept. 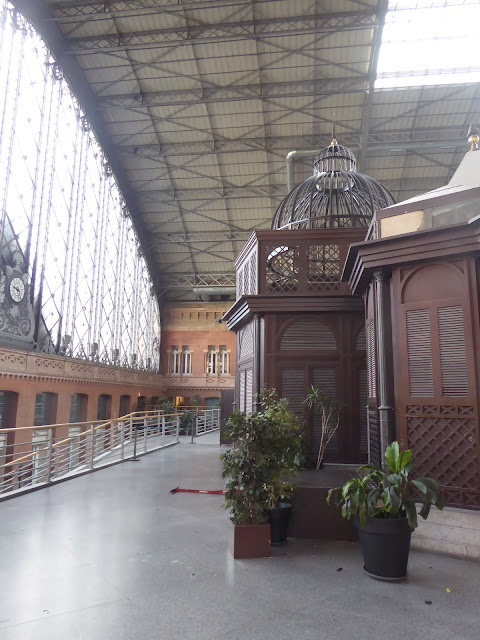 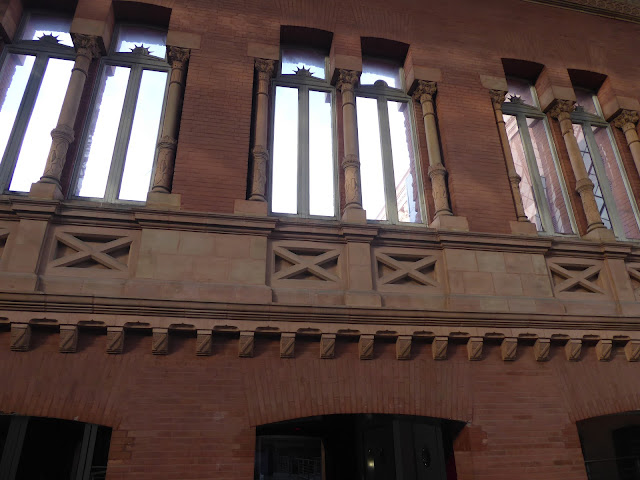 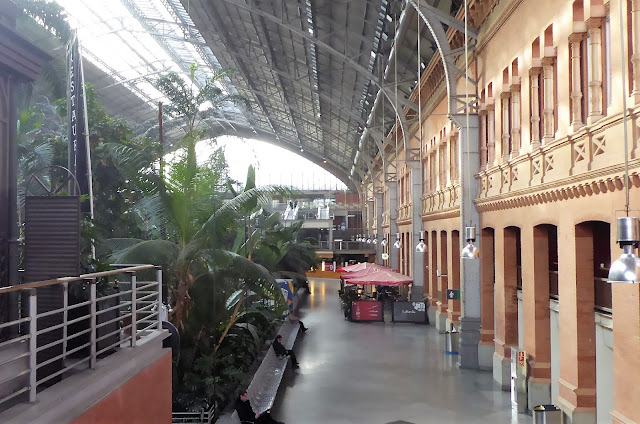 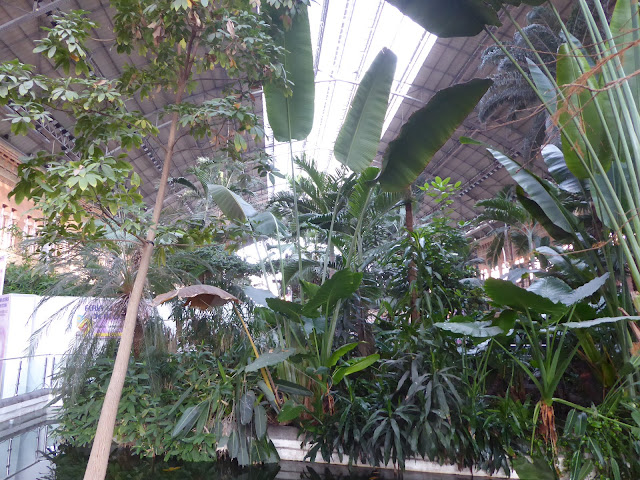 The concourse now includes this semi-jungle. 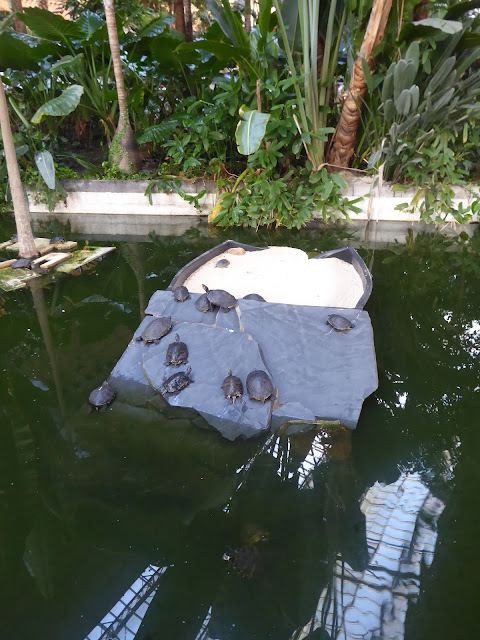 And a pool with turtles. 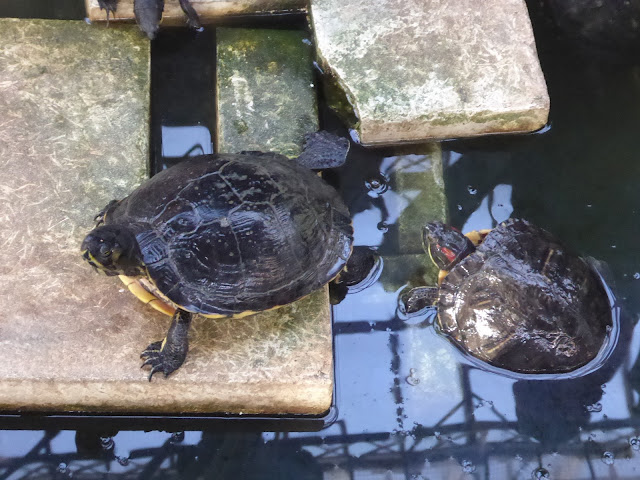 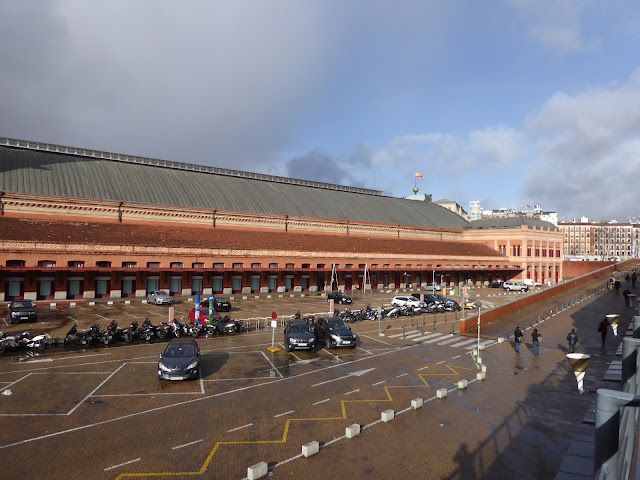 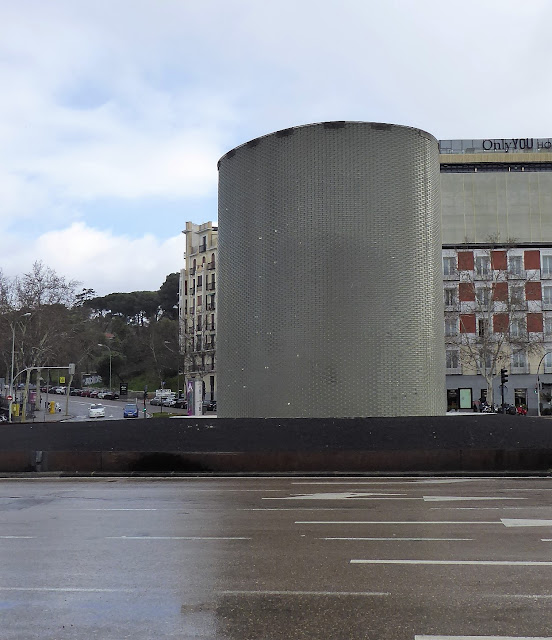 192 people died in a terrorist attack on 11 March, 2004 when multiple bombs exploded in commuter trains going to Atocha station. This column is the outside of a memorial to the victims. 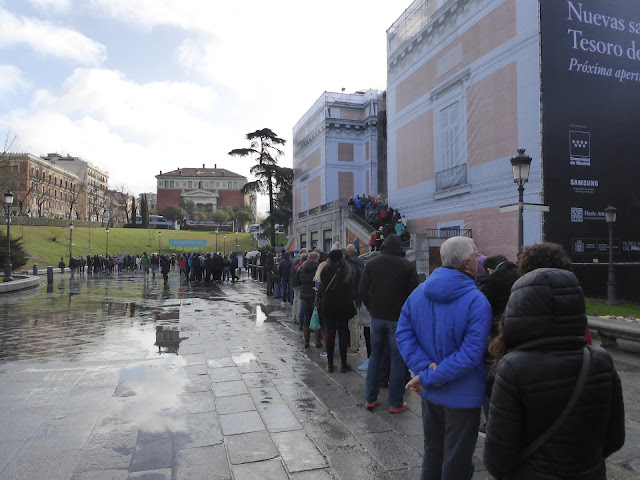 I walked up to the entrance to the Prado, one of the world's great art museums. I arrived shortly after opening time and this was the length of the queue. About 20 minutes later, I was inside out of the cold and damp.

Photography is not allowed in the building but the collection is incredible.

Here are links to some of the more famous paintings.

Witches Sabbath which is quite a shock after the other more typical Goya paintings. It's a bit like hearing Shostakovich after Mozart

Las Meninas which was larger than I anticipated.

Annunciation was not on display, undergoing restoration.

Portrait of a Cardinal

It's an incredible collection and quite overwhelming. In some ways it is a pity that all these famous paintings are together because they compete for your time and your mind's comprehension.

For a while I rested on a seat and looked at this painting by Subias of a man with a guitar that I found quite restful. 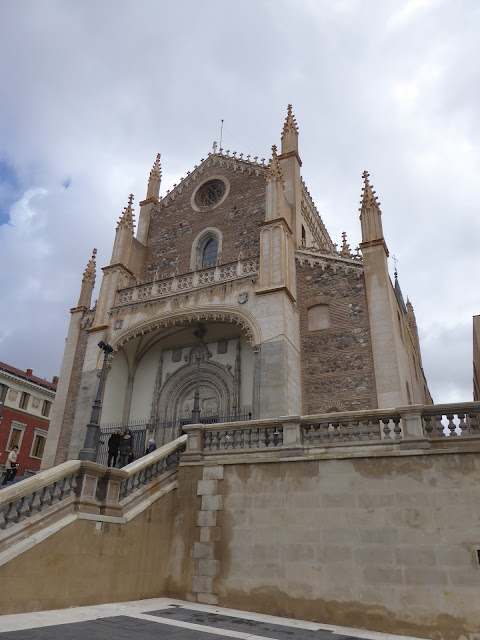 After about three hours, my brain had tired so I left the museum and had a quick look in this nearby church. A service was going on so I departed immediately. 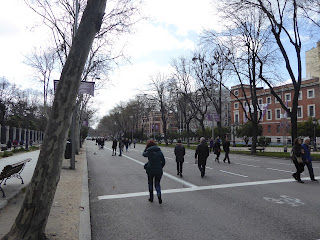 The street outside the Prado was now closed to traffic and people were walking along. On such a cold, damp day they were definitely not promenading. I scurried back to the warm hotel for a nap.