A steam engine makes an appearance

If you read the blog about Ostheim, you might remember that we heard the whistle of a steam engine. When we drove by the station at Mellrichstadt, there it was, the engine for the Mellrichstadt–Fladungen railway 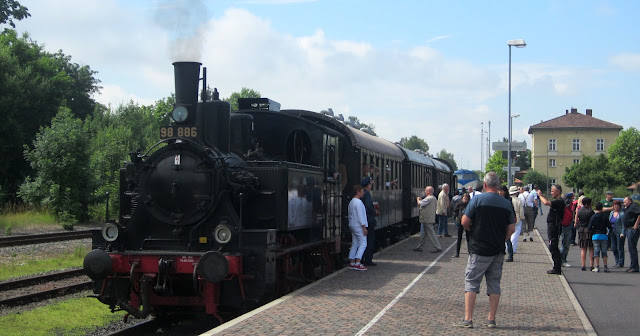 The track for the platform beside the station is not a through line and I wondered why the rails were shiny. Apparently they must do these excursions every now and then, enough to get rid of the rust from the rails.

It's a relatively small tank engine. 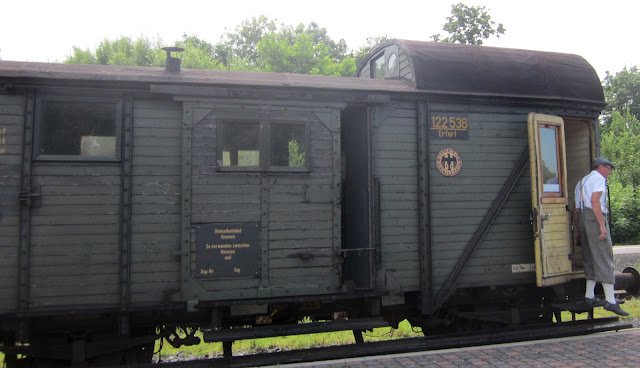 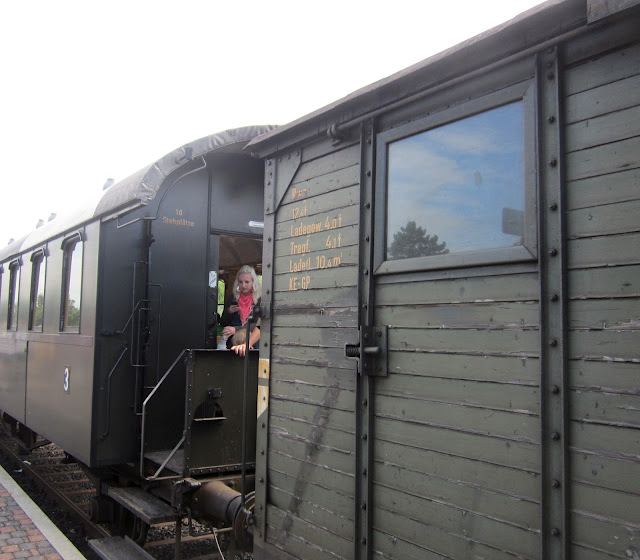 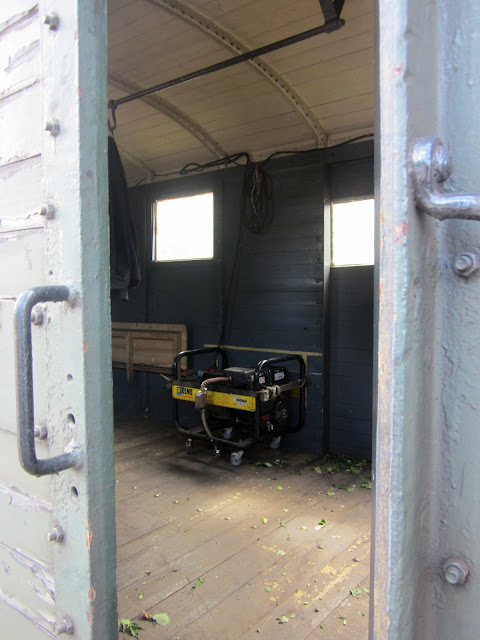 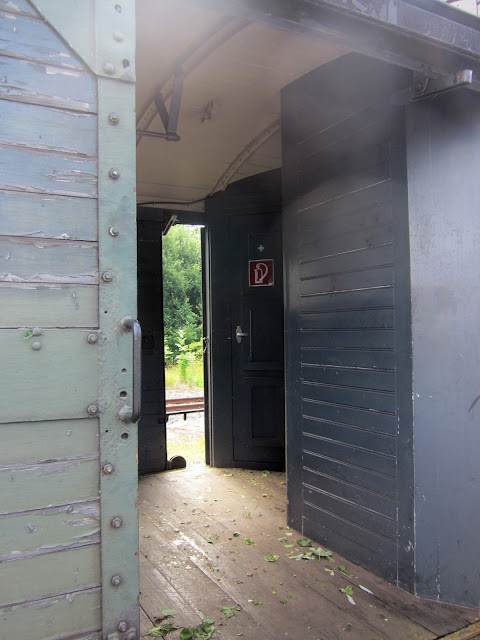 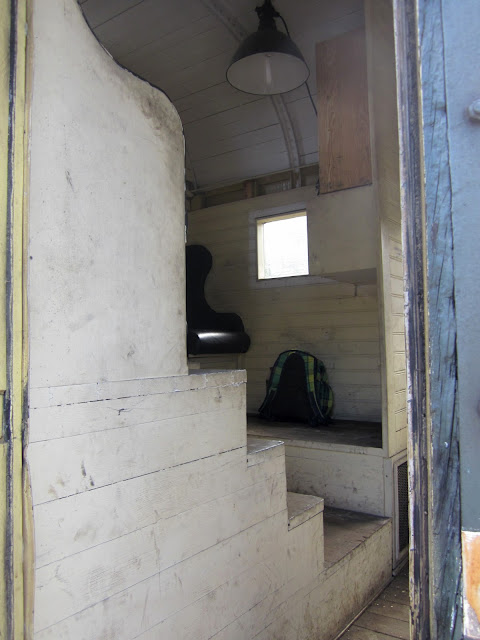 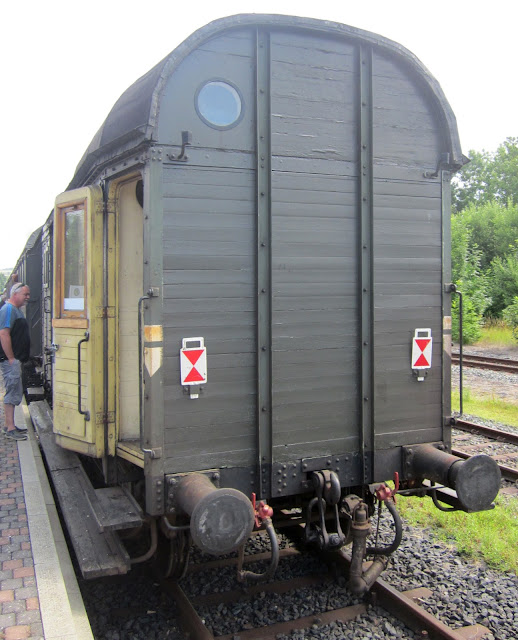 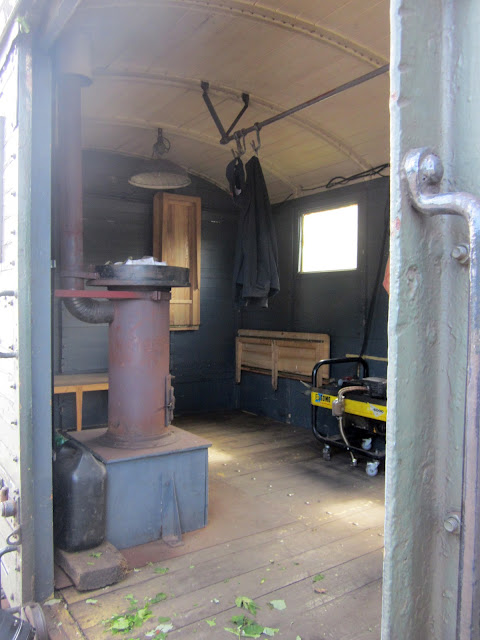 The guards van was quite interesting. I often felt that being a guard on the trains of time past had to have been a different sort of job. That van would have been your home away from home. 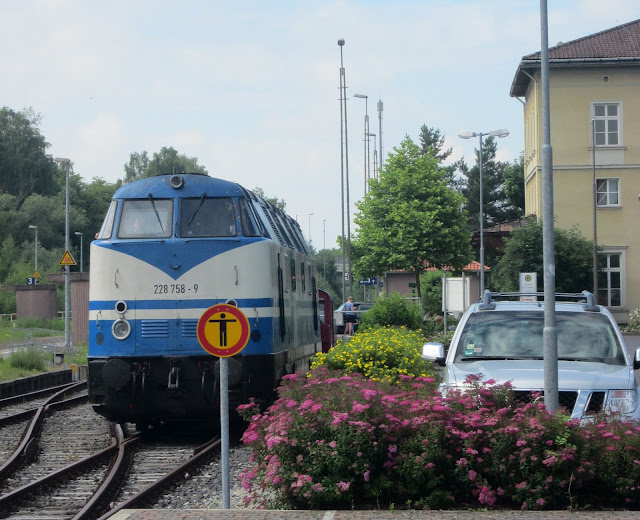 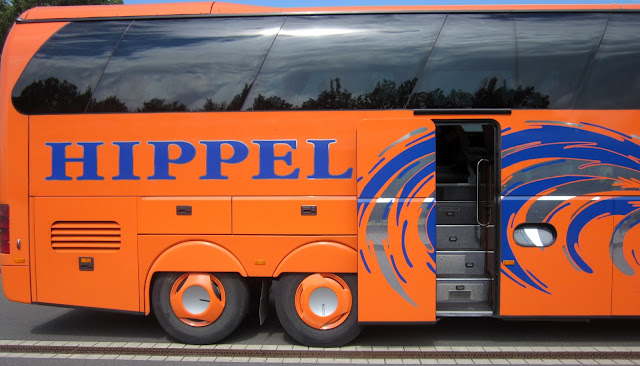 A bus load of passengers turned up. I was intrigued by the orange wheels and covers. 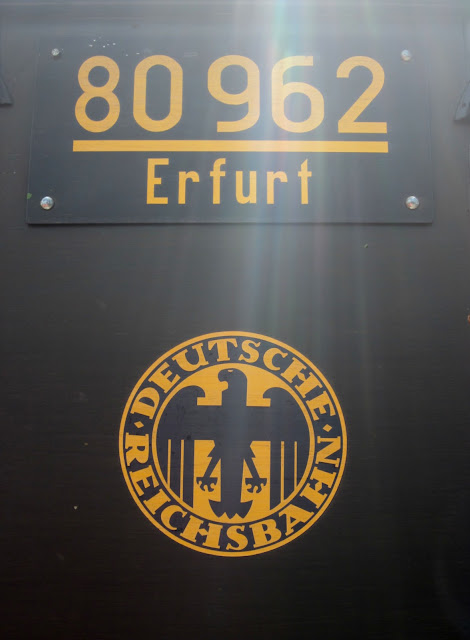 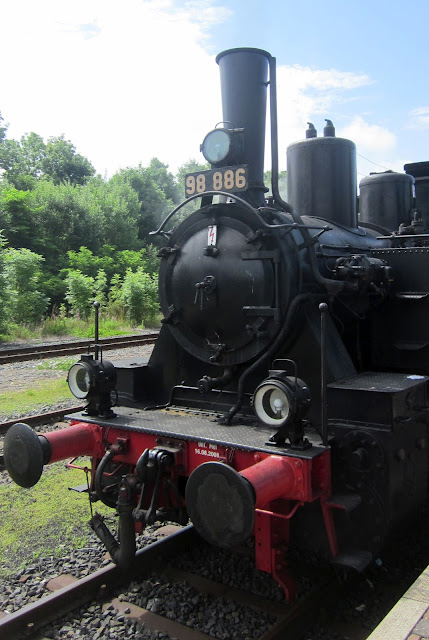 So the little engine that could wound itself up into a frenzy. All the passengers got on board.


And off they went.