One of the interesting things that you find in England but not so much in the USA or Australia are garden centres which have sprung up near major roundabouts outside the larger towns and cities. 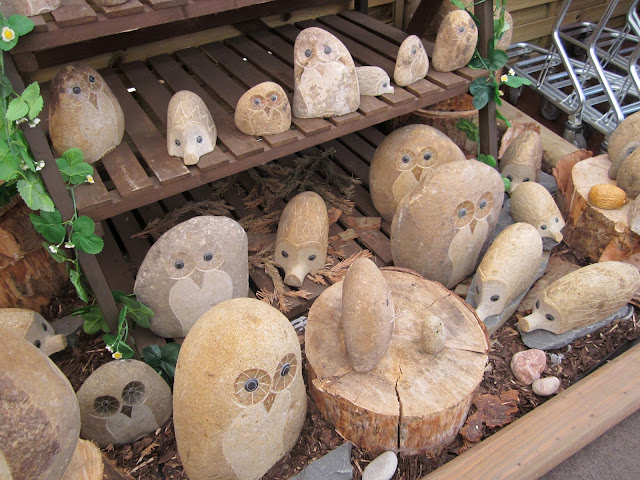 We went into one and it is an interesting experience. They just have so much stuff that you wonder why people would even think of buying them. Would you buy an owl like this.

You can buy your fake grass here. 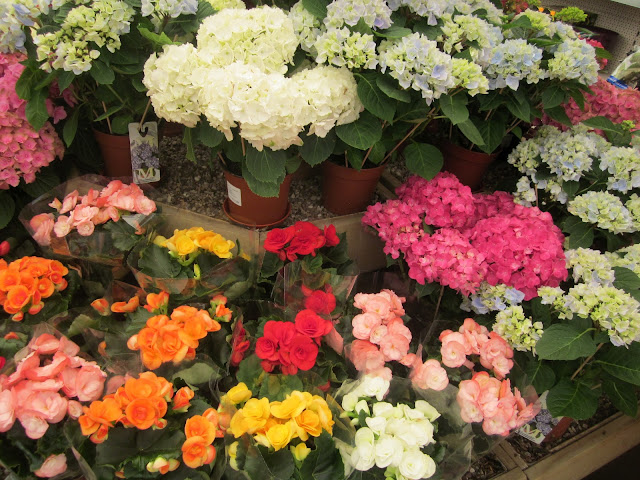 And flowers of course. 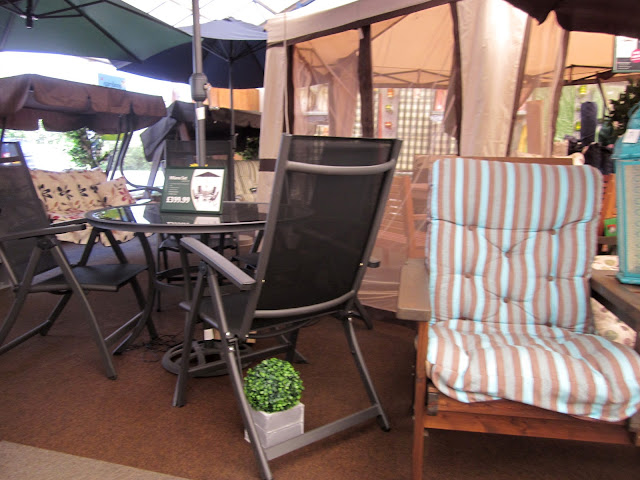 You would have to be very optimistic to buy this outdoor furniture in England where it rains all the time. You just know that if you bought a chair like this it would be three years before the day finally came along where you could actually sit in it outdoors. You have to be English I suppose. 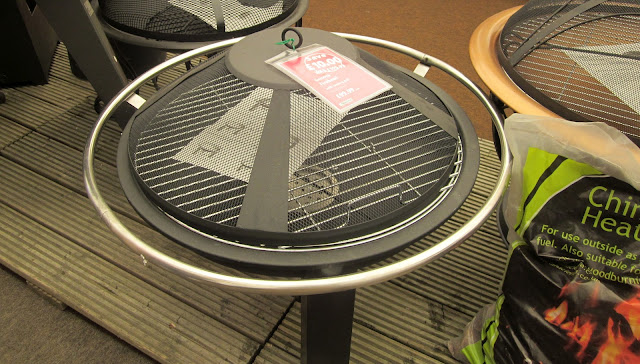 Barbecues of all types and prices were available. 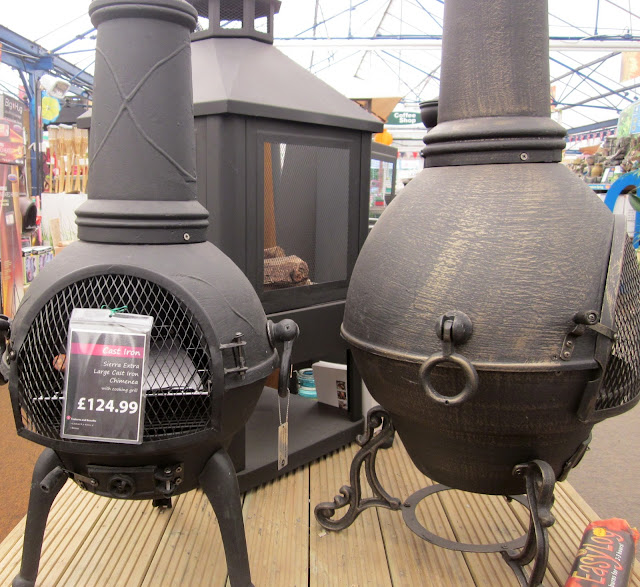 Chimeneas. I wondered about whether they would really work in England and I think they could in the variable summer weather. 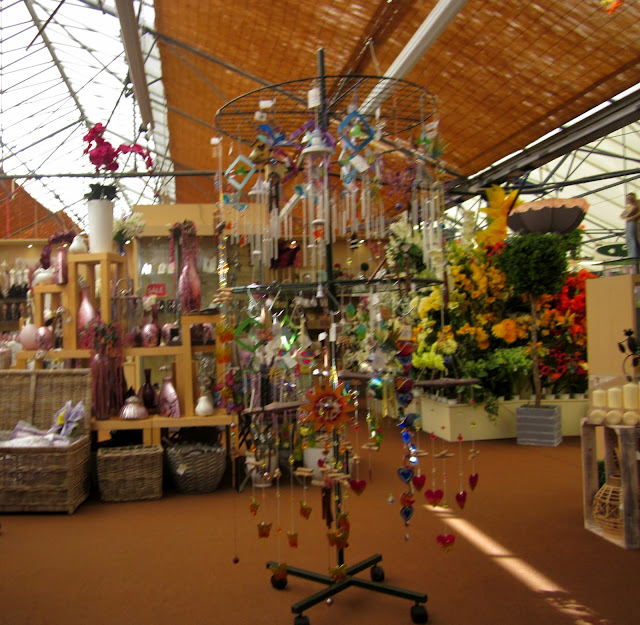 There is all sorts of stuff in these places. It all can look very junky at times. 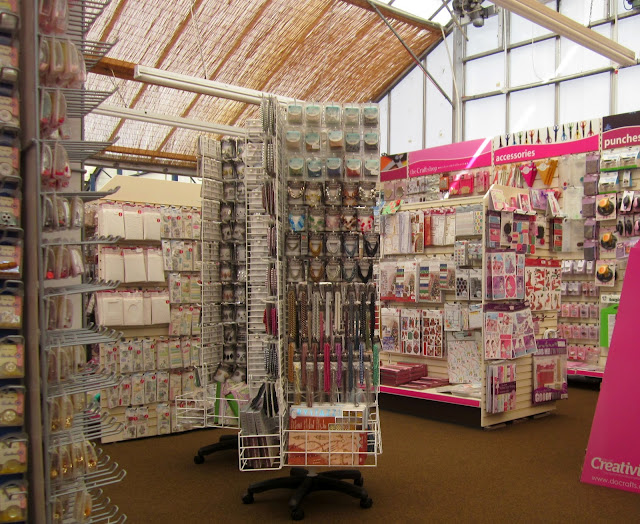 Craft supplies in pink. Why is this in a garden centre? 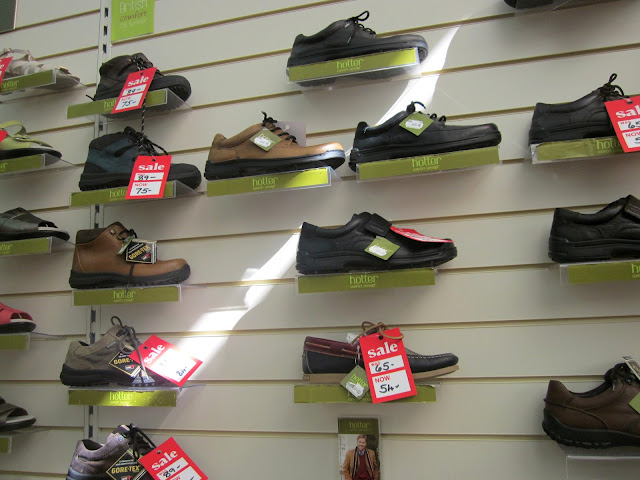 The reason we went there was so that Marianne could buy Hotter shoes. She was quite successful and bought two pairs. They also sell outdoor jackets and hats as well as aquarium supplies/ 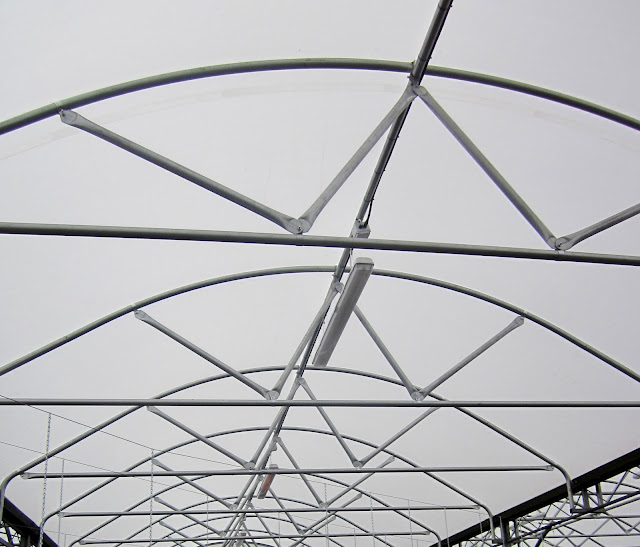 The roof is quite interesting. 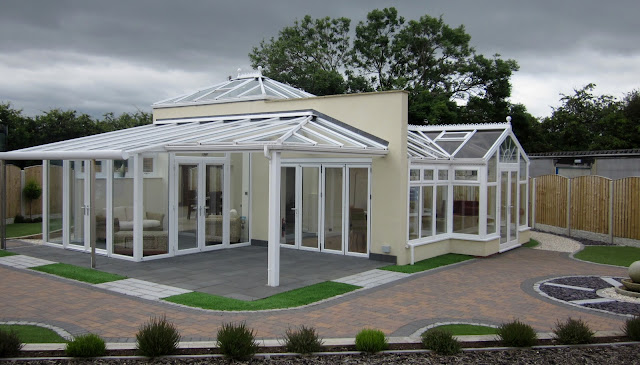 Just outside was a curious building that demonstrated what could be done with gazebo technology. 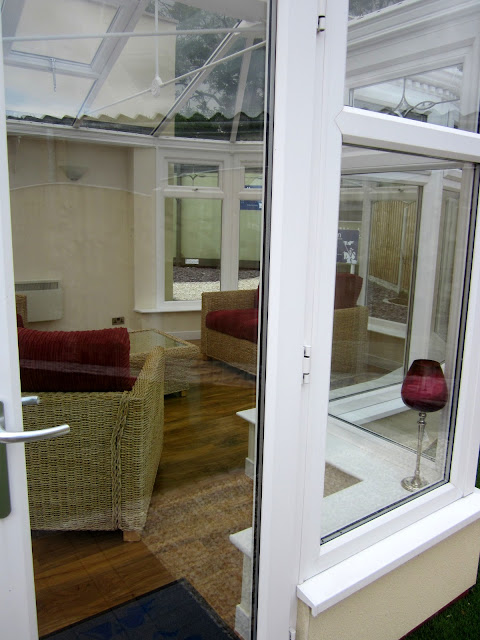 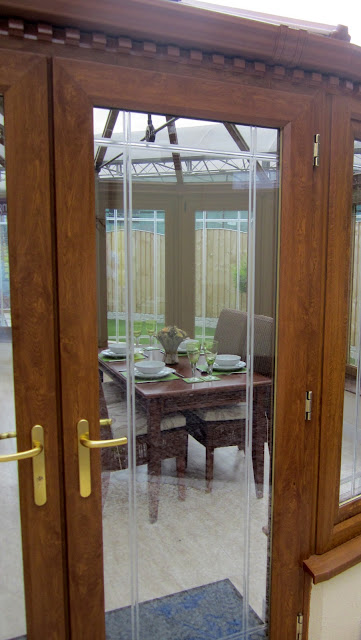 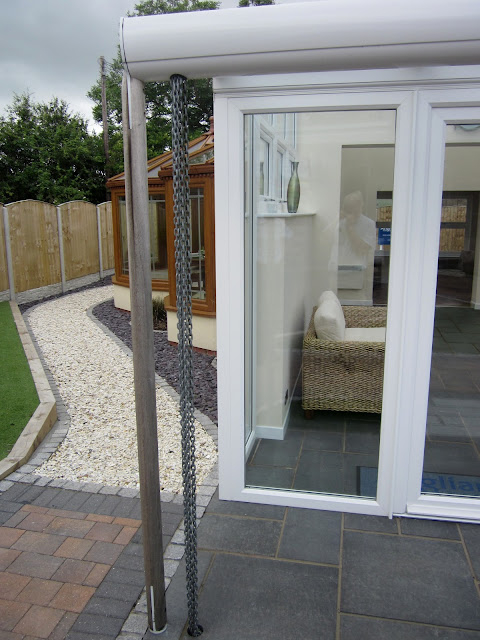 All that was missing was a bathroom and toilet. How that would work with glass walls is beyond me. 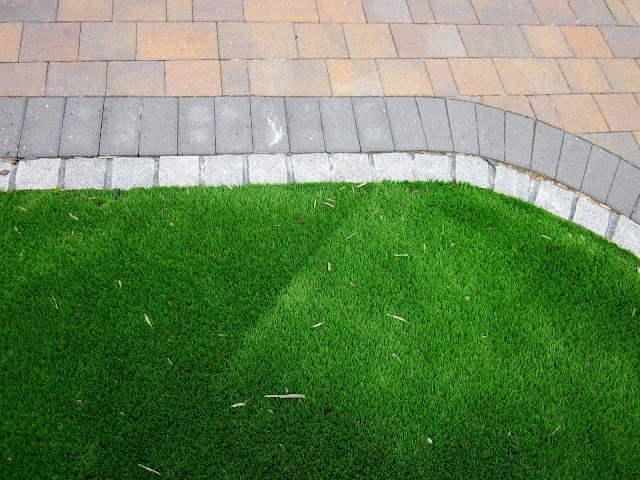 The grass was artificial. 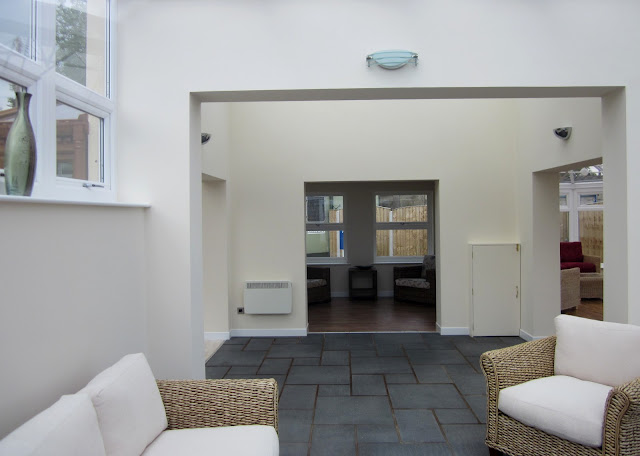 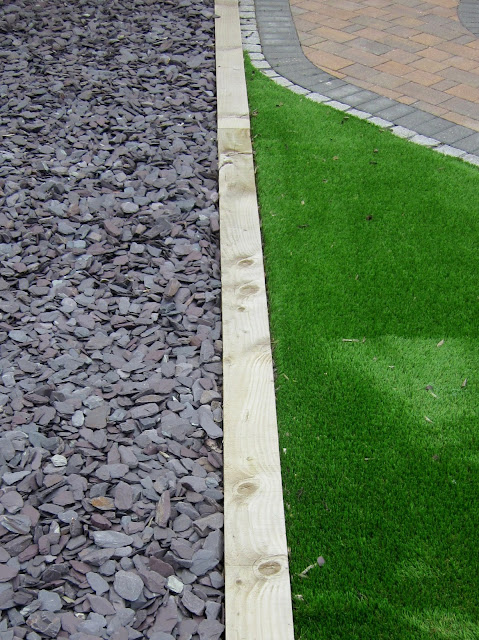 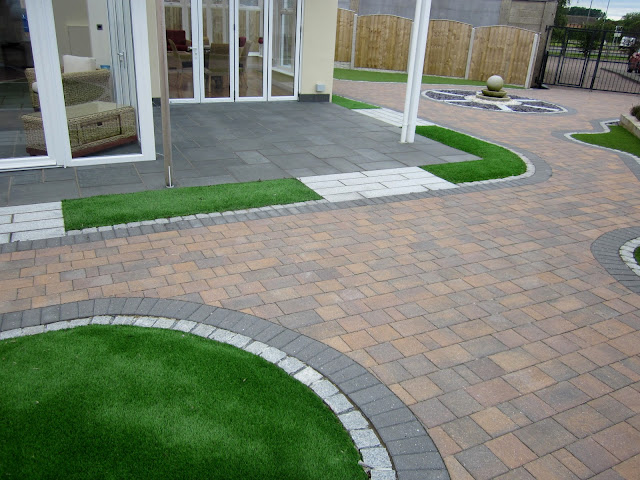 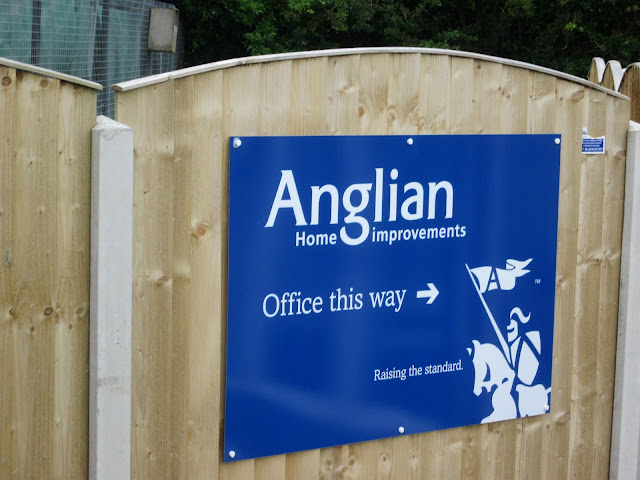 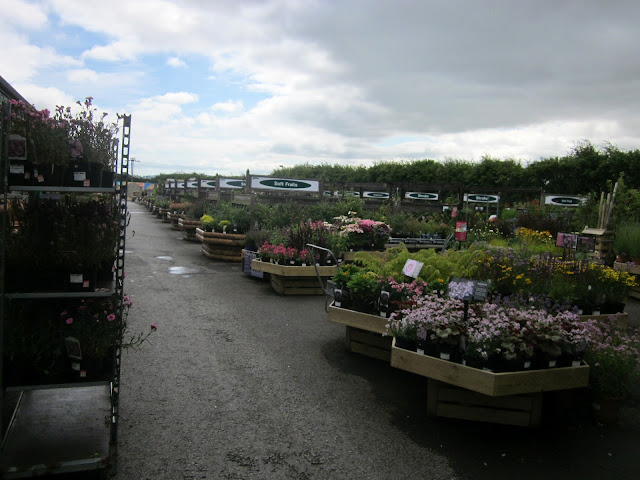 A dismal looking photo of the plants for sale. Yes there were a lot of the stuff you would expect a gardening store to sell, but it was all the extras that were intriguing. 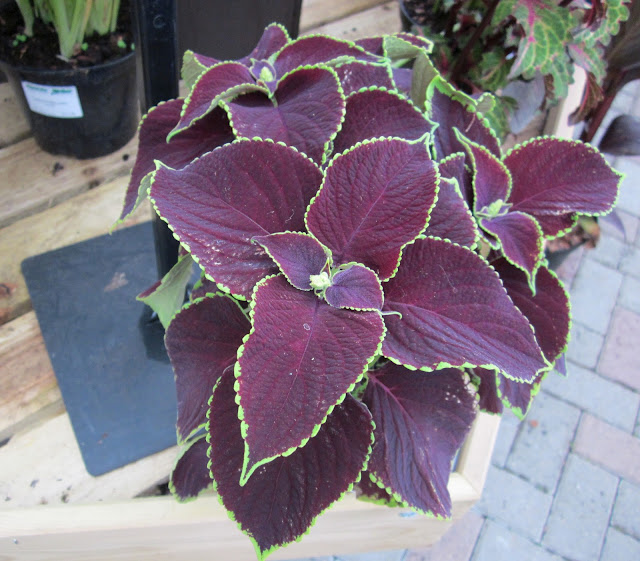 For some reason or other I forgot to take a photo of the best feature of the place, its cafe. A large bright airy  area where they served coffee, tea and drinks as well as light meals, cakes and snacks. They also have bathrooms (toilets) so in certain ways they serve the same purpose as McDonalds in America.