One of the nice things the German family did for us was to leave us a bunch of brochures. Yes, some of them were in German but they really helped us decide where we would go to see the local sights. One of the brochures was for Wasserkuppe. Since most days here have been overcast, we waited until we had the promise of a clear day before we set out to visit the mountain. 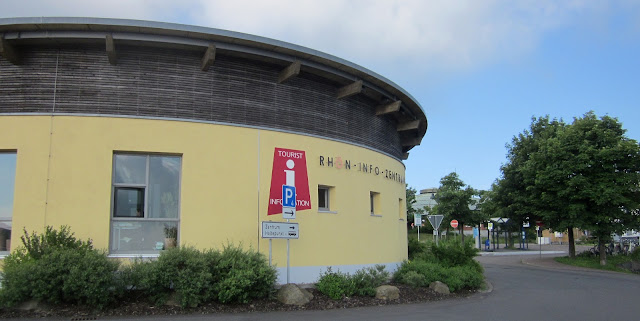 If you clicked on the wiki link, you would have read that Wasserkuppe is a mountain that is 3100' and was the leading site for development of the sailplane or glider between the world wars. 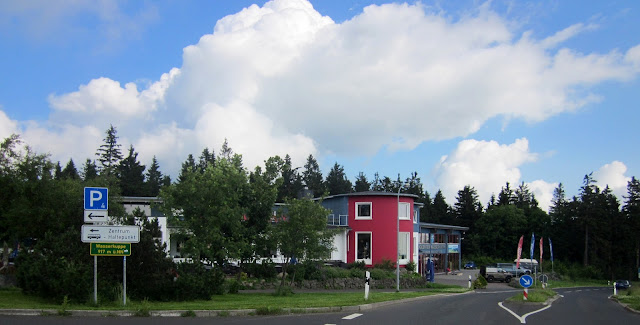 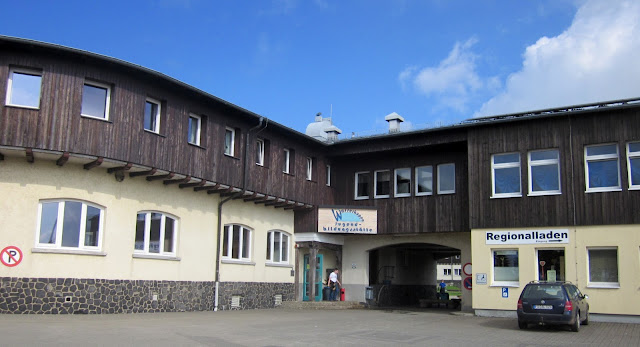 There are quite a collection of buildings. Some are associated with gliding, such as hangers, workshops and a museum, but there also seem to be buildings associated with the winter snow season. 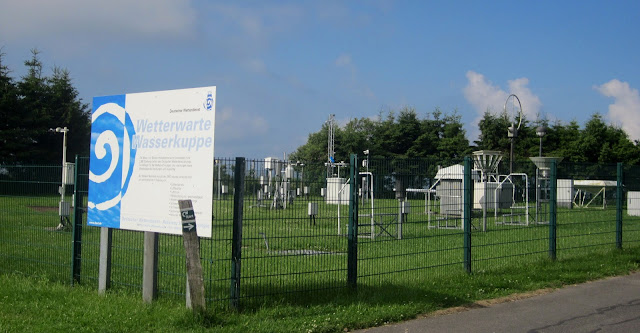 And weather measuring systems. I've never seen such a collection of them in one place. 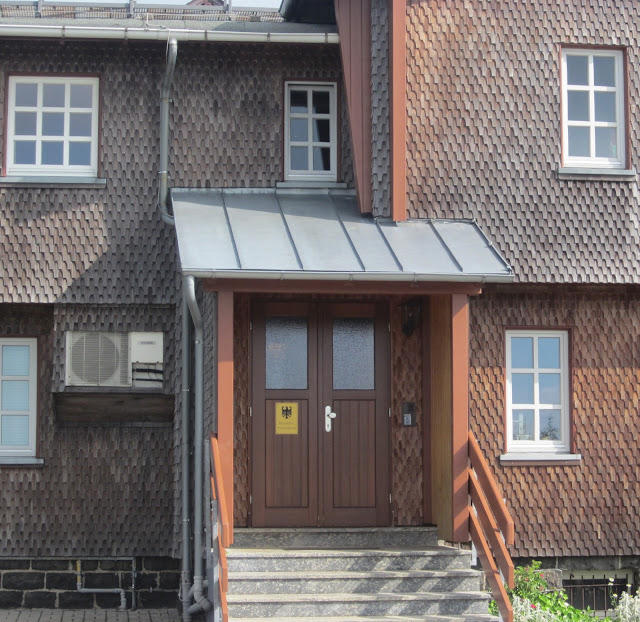 Curious shingle walls on what appeared to be dormitories for a youth hostel. 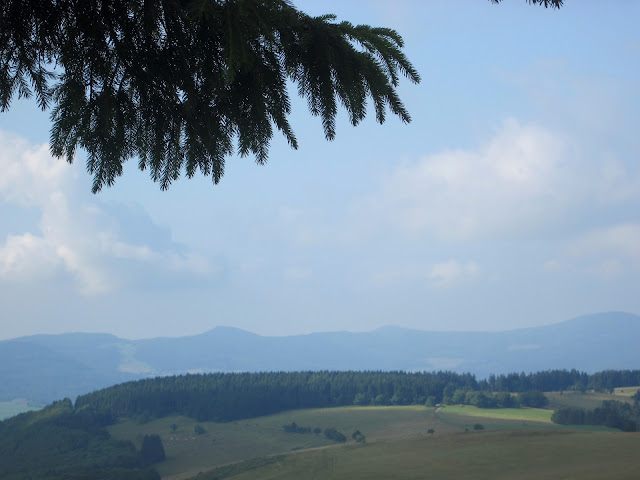 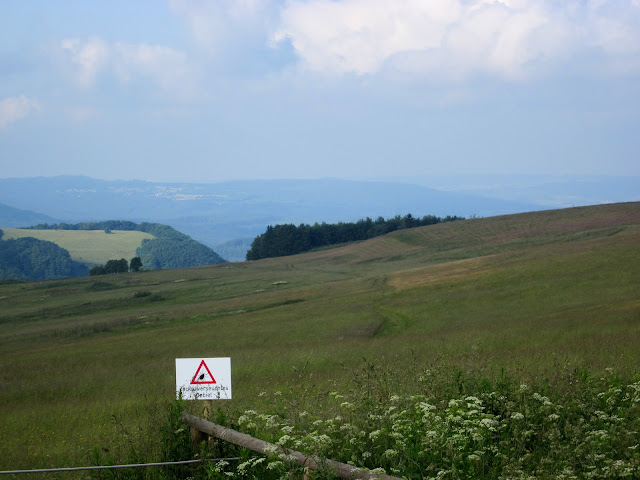 The views are magnificent from up this high. Clear days seem to be fairly scarce at this time of year and this was one of the better days. 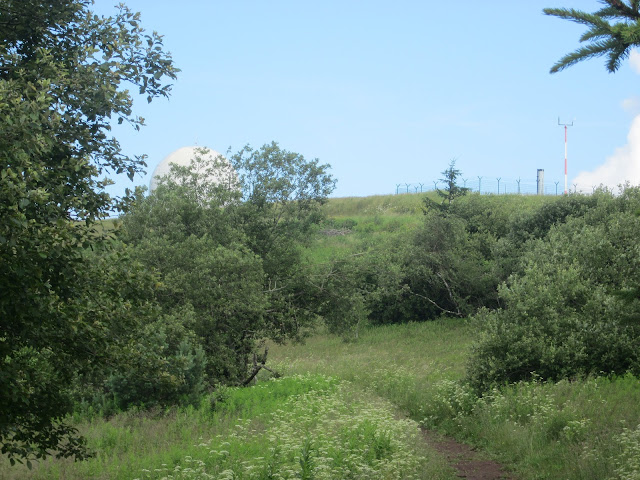 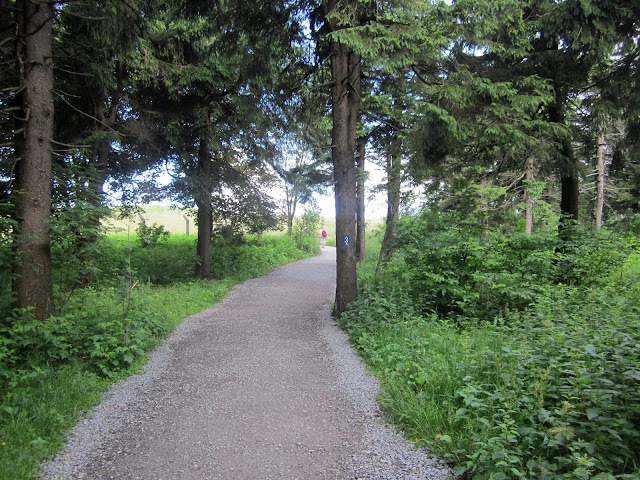 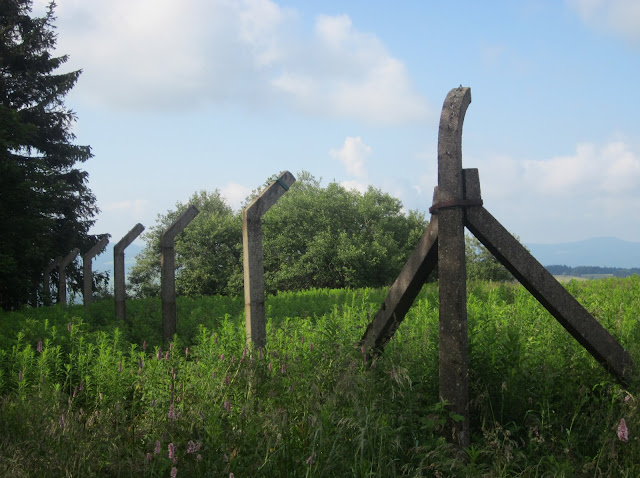 The US army had a radar station here between the end of WWII and 1951, but they moved out. 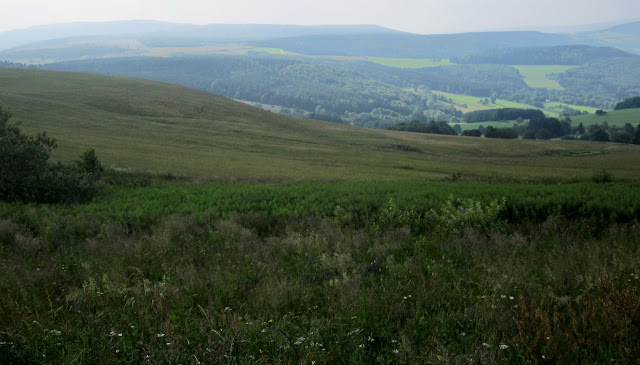 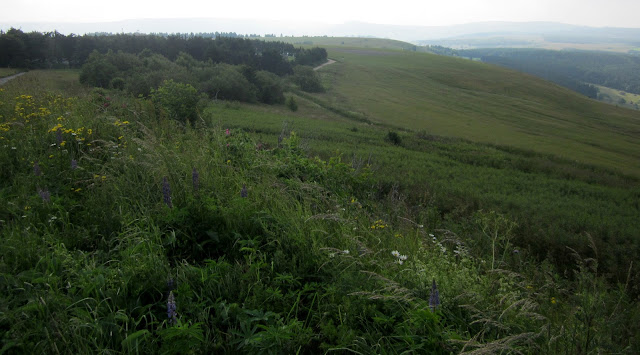 We have been very impressed with the beauty of the German countryside. The drive to the mountain was gorgeous. 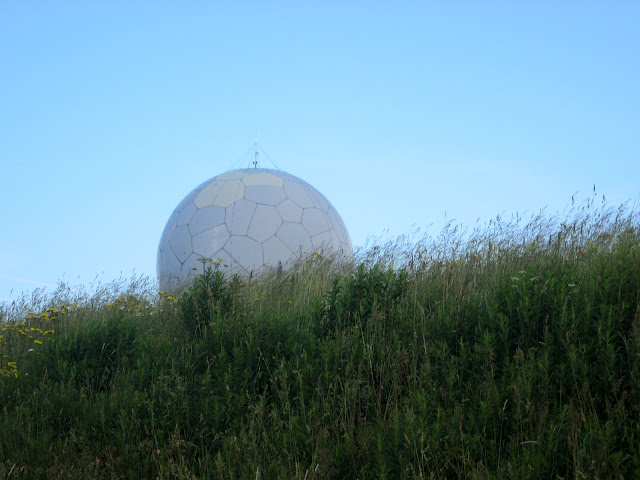 The dome of the former radar station. 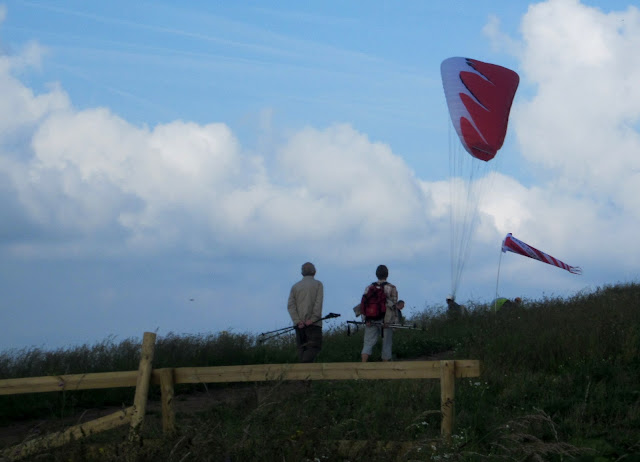 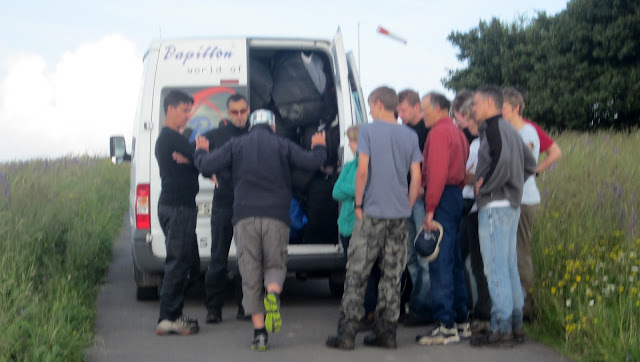 The mountain is popular with hang gliders. A group of youths were getting instruction on how to do it. 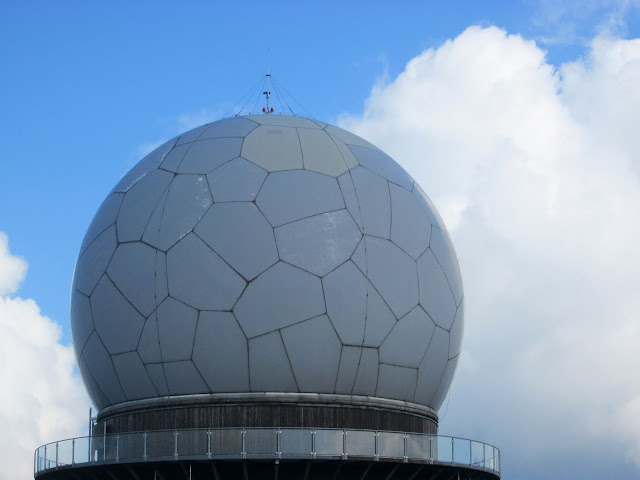 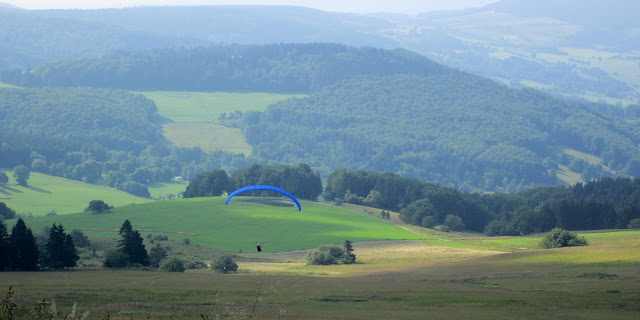 A glider had taken off. I suspect this would be an ideal site for beginners. Plenty of updraft and a nice gentle field to land in. Not like leaping off the cliff at Stanwell Park south of Sydney. 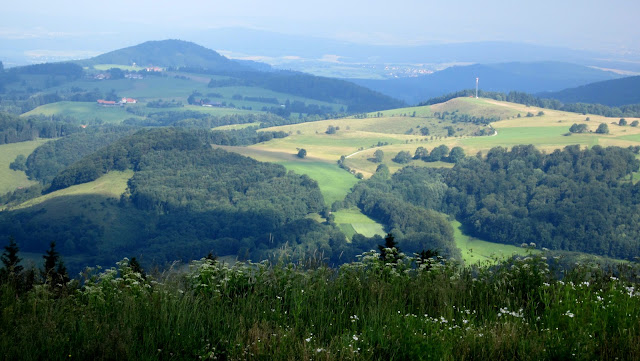 We continued to walk along the path that circumnavigates the dome. 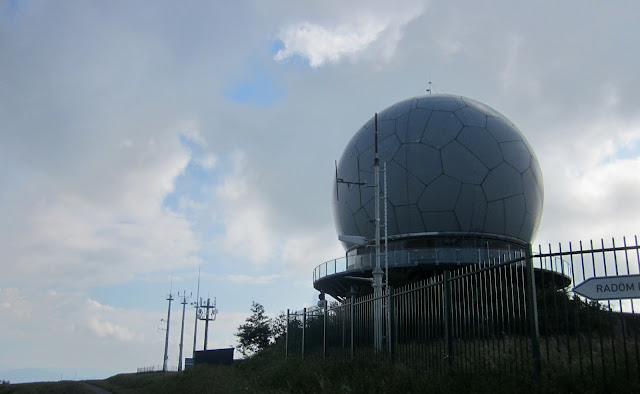 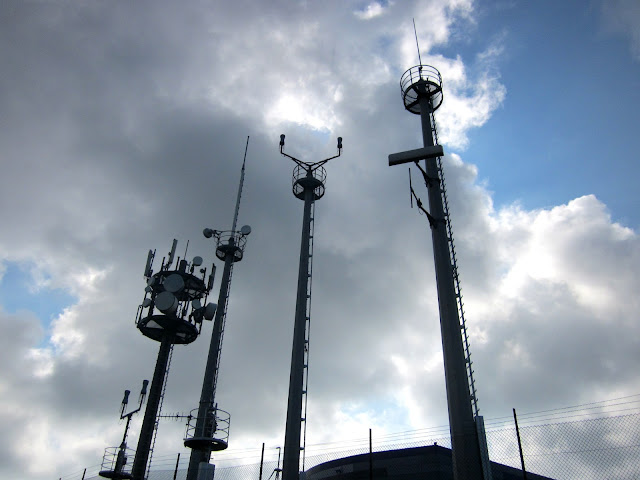 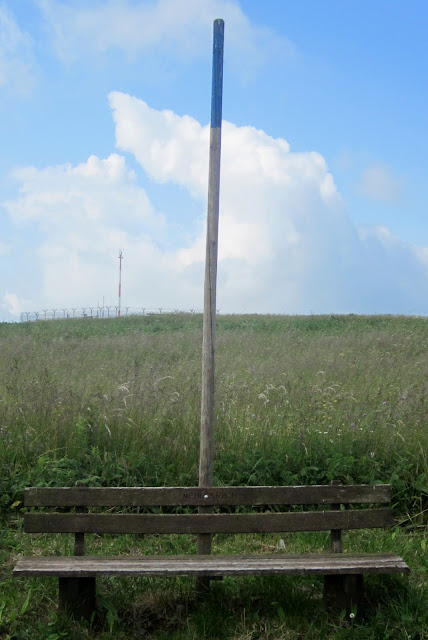 There were quite a few seats along the way, each with a pole painted blue at the top. No doubt there is a lot of snow in winter and the poles mark the path when the snow is very deep. 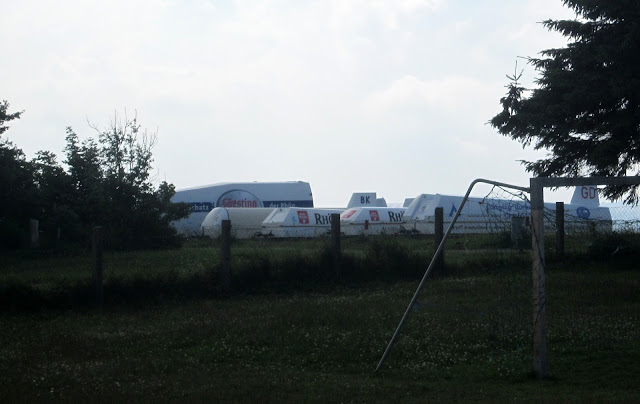 We came back down to the aerodrome and there were quite a few glider containers lined up.

I had read that the Germans had used gliding schools to train pilots after they were restricted from training pilots in powered aircraft by the Treaty of Versailles after WWI. It was here that they got around the restrictions by training in gliders.

If you are interested in the history of flight, it is also worth reading the wiki article about Otto Lilienthal who ranks up there with the Wright brothers. 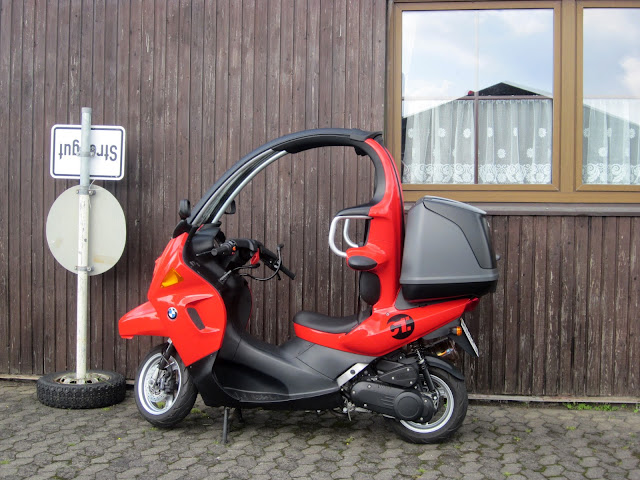 Another of these bikes with a cover for the rain. This was a BMW.

Bringing a glider down from the hanger area to the landing strip.

Planes that would tow the gliders into the air.

Just like a train line, they had gates to stop traffic as the gliders or planes were taken from the hanger area to the landing strip.

Even a plane crossed the road.

We waited for a while to see if there would be any action. Then I noticed the wind sock was showing that the wind was 180 degrees in the wrong direction for them to take off and realized there would be no action for a while. So we drove down the mountain.