Train from Linz to Innsbruch

We were up early to catch our 7:47 am train to Innsbruck. We were really pleased with our week at the AirBNB apartment and Linz itself. I don't feel the need to return there immediately but perhaps in the future. I suspect it is a very nice place to live. 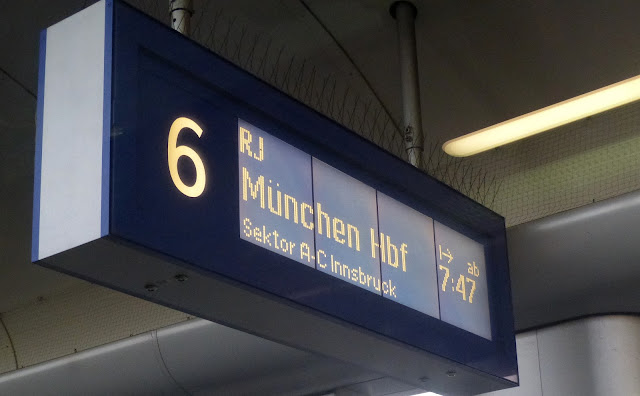 The train was coming from Vienna and at Salzburg, the train would split into two halves. The first half would continue to Munich and the other half to Innsbruck. We made sure we got on the correct half. This splitting of trains is common in Europe. You always need to make sure your particular carriage is going where you want to go.

Buying your tickets in advance results in much cheaper prices.

The route. From Salzburg, the train travels through Germany before reentering Austria at Kufstein. 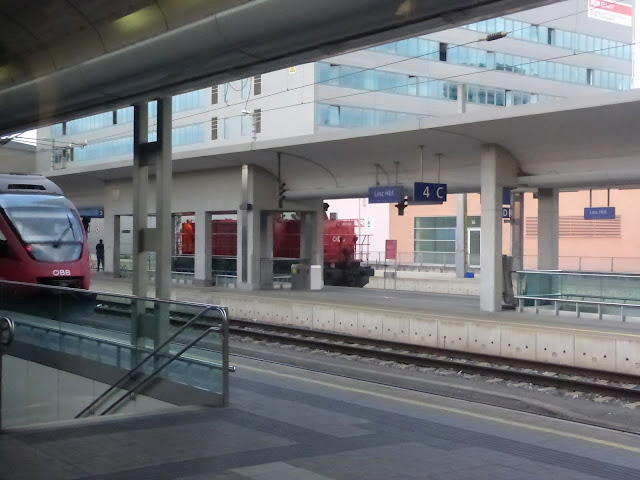 It's relatively flat farm land and the train speeds along at over 100 mph. The ride is very quiet and comfortable. 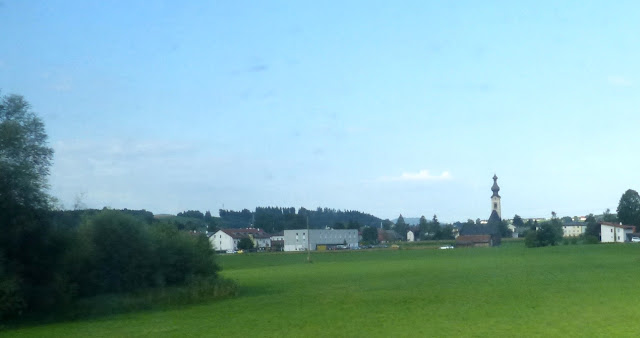 Wood to be made into lumber. Trees have very straight trunks here. 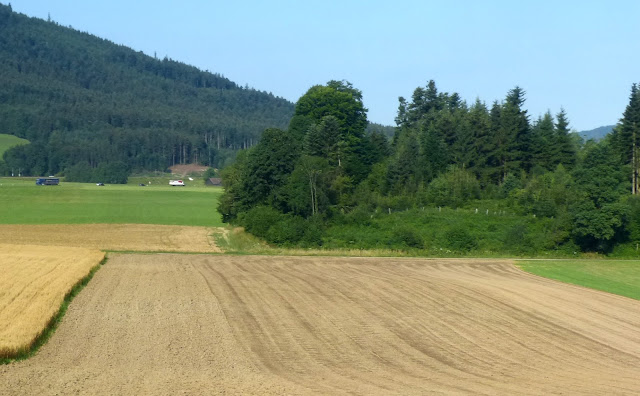 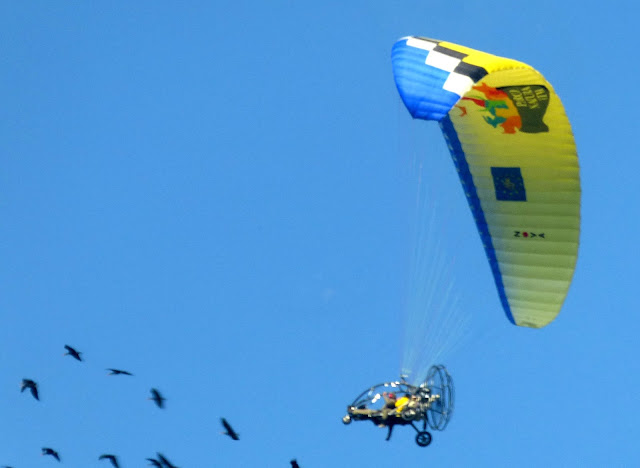 I saw this motorized wing thing and managed to get a photo. The weird part was the flock of birds that were following it around. 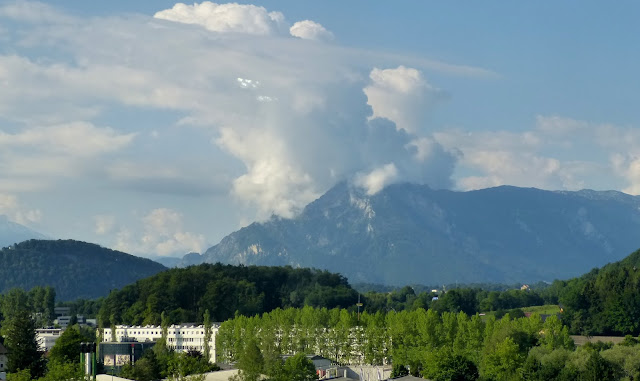 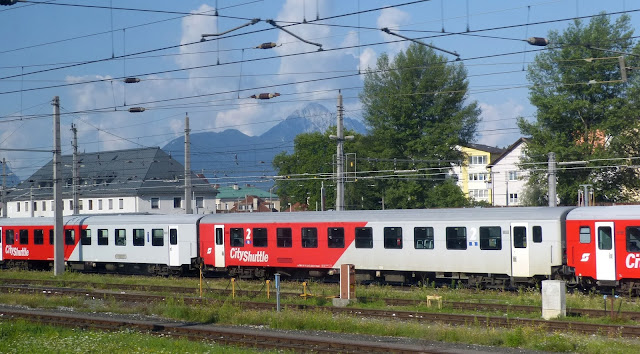 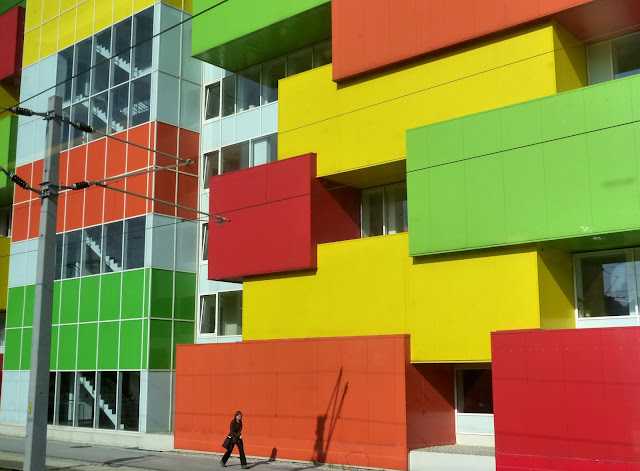 Now that is a colourful building. 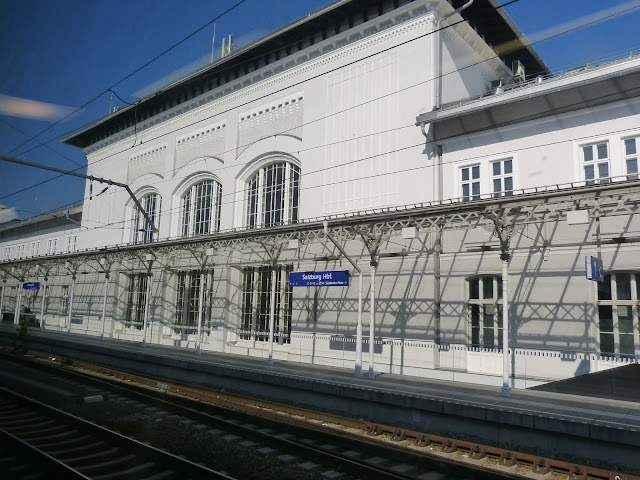 The old waiting hall at Salzburg Station. I once spent the night there in 1974 when I got locked out of the local youth hostel. 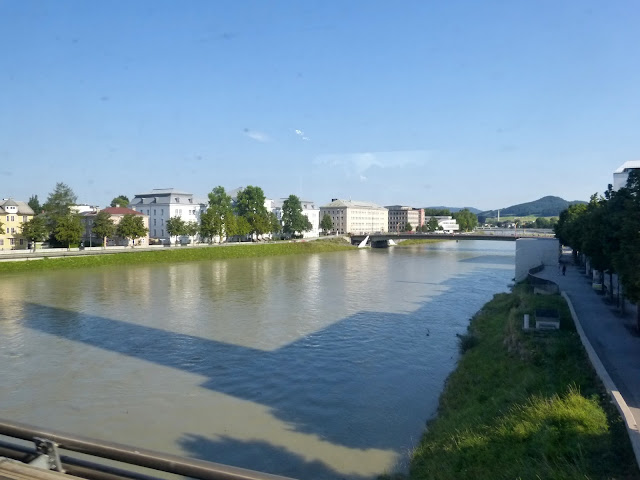 The Salzach River. I had briefly thought of visiting Salzburg instead on Linz but I remembered that the Salzburg Festival would be on and accommodation would be hard to find and very expensive. 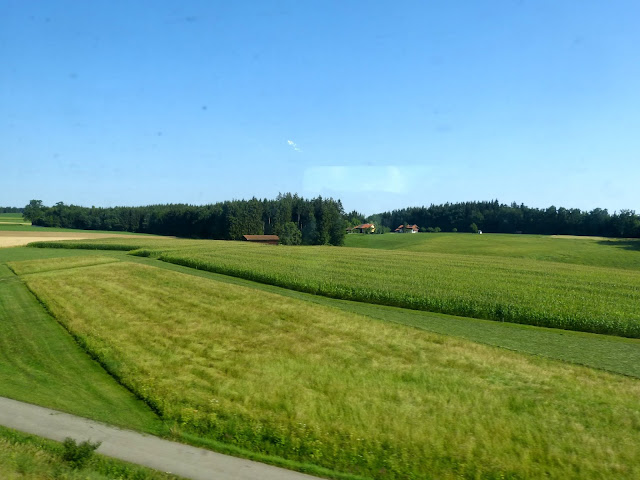 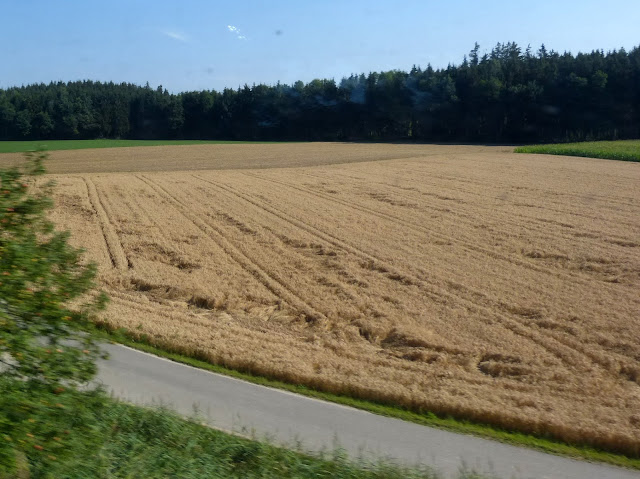 We crossed the border in Germany which looked much like Austria. 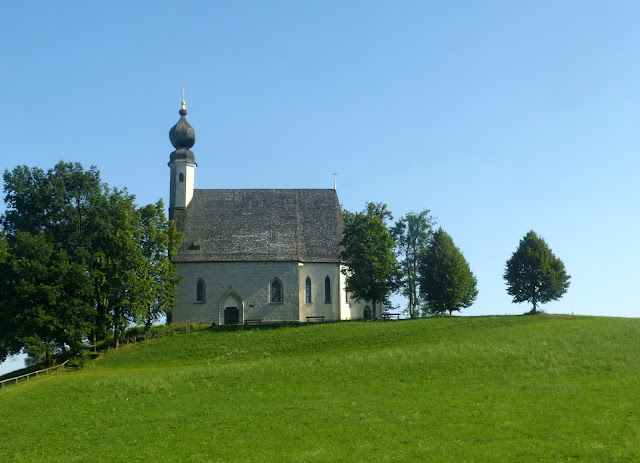 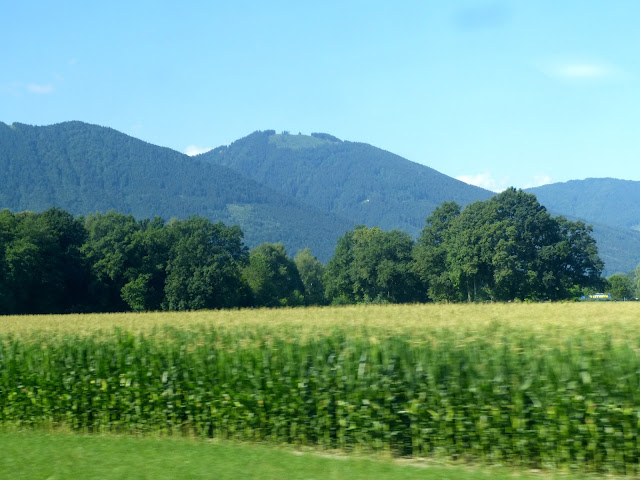 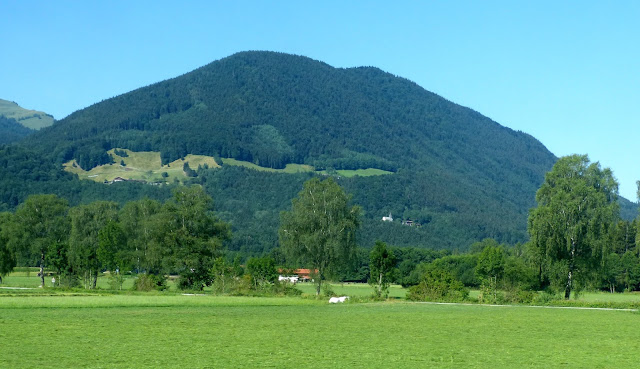 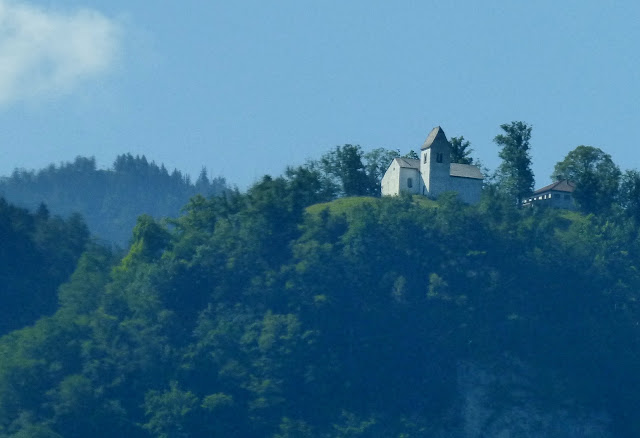 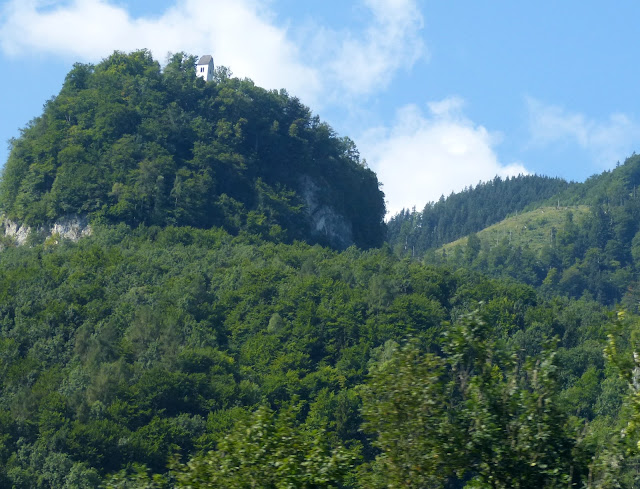 It is all quite beautiful. 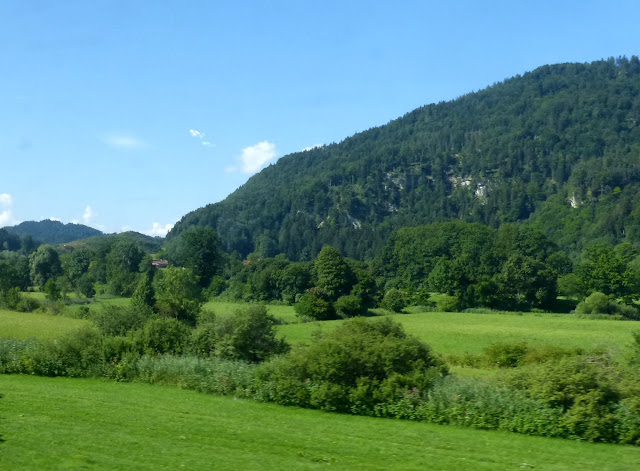 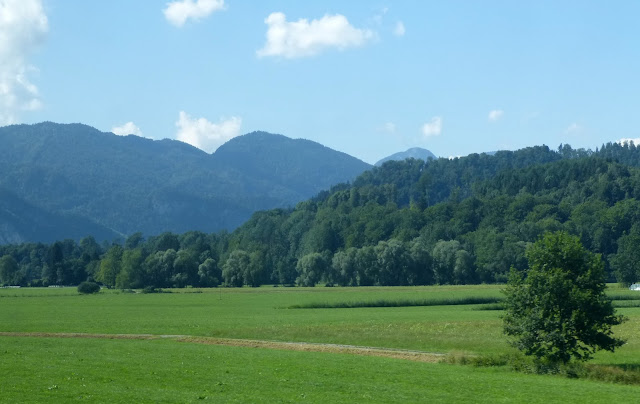 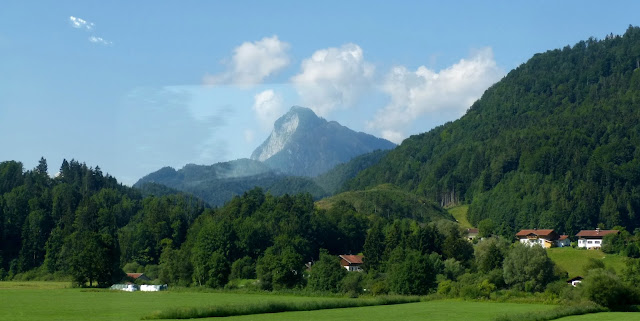 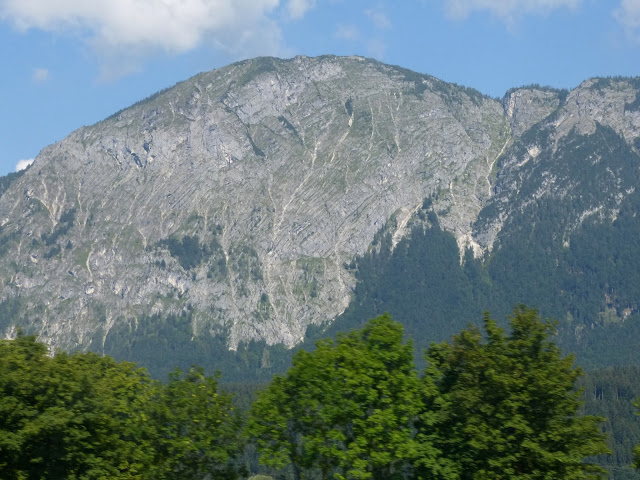 Closer to the border with Austria, the mountains became higher and more rugged. 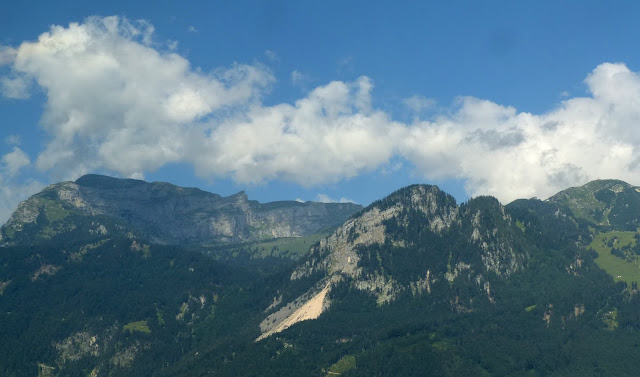 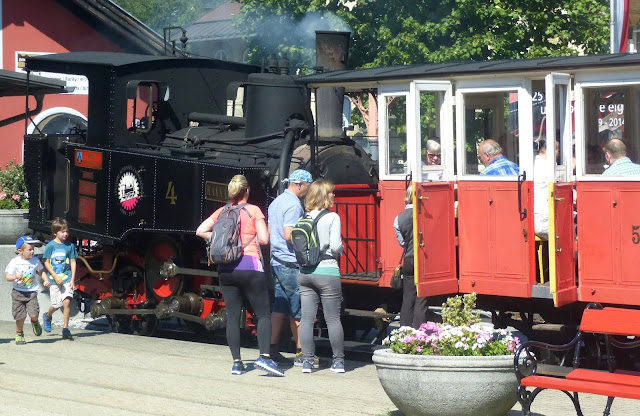 The train stopped for a couple of minutes at Jenbach. I was intrigued to see this steam engine that operates on a cog railway called the Achensee Railway. It's Europe's oldest cog railway using steam engines. Note that the back of the engine is higher than the front so that the engine is relatively level when climbing steep hills. 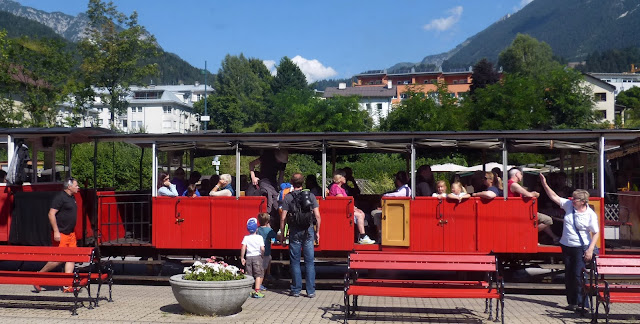 It looked like everybody was having a good time. 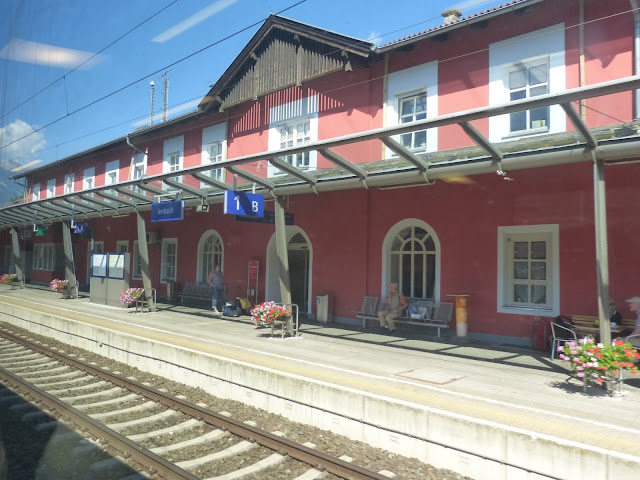 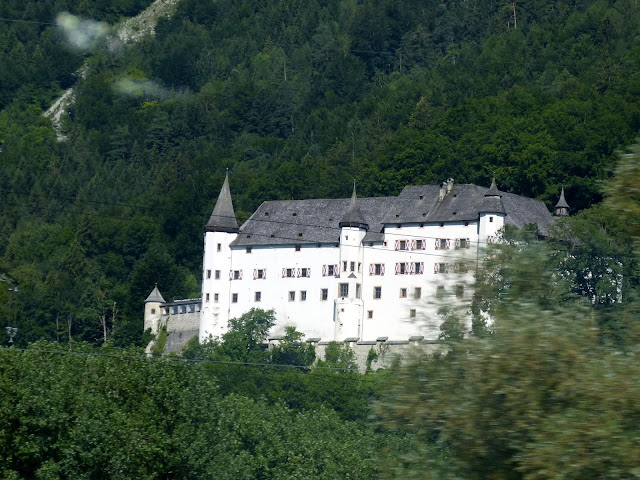 Castle outside Innsbruck. It is called Tratzberg Castle and you can read more about it here. Our friends from Yorkshire have been there and they say it is quite spectacular. Judging from the photos on the link, I would say they are correct.

This is one of the problems when you travel. You go past something and only later do you discover that you missed something really good. Of course, there is always next time. 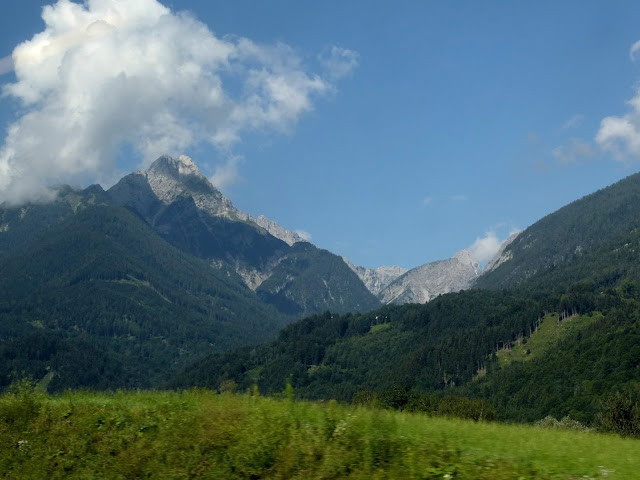 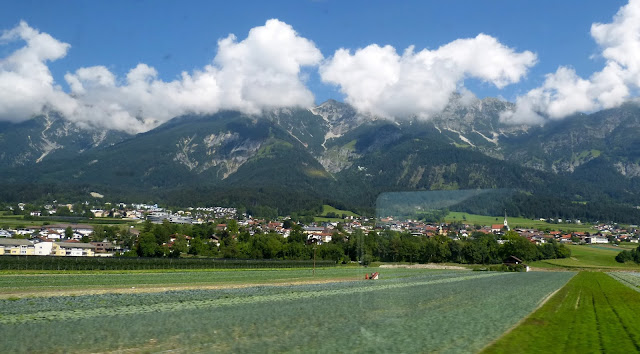 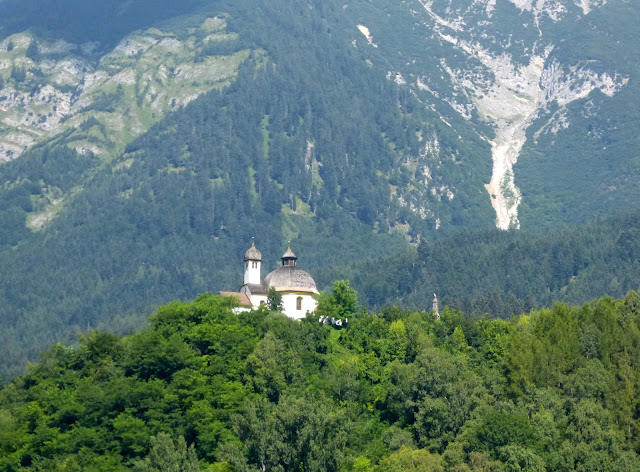 The train arrived a couple of minutes late. It was all very enjoyable.