Our host had mentioned to us that there was a market each Saturday in nearby Saint Marie aux Mines. We decided to go and so headed off in the car. 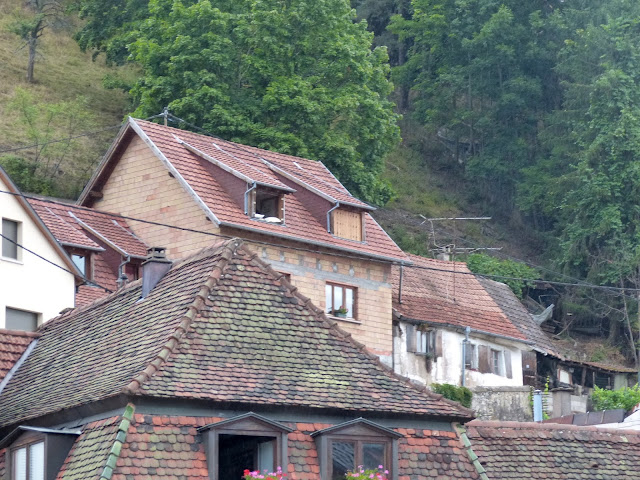 We drove down the main street looking for the market but could not find it so we parked the car and walked around. As usual, I could not resist taking photos of the buildings. Look at the rumpty one on the far right. 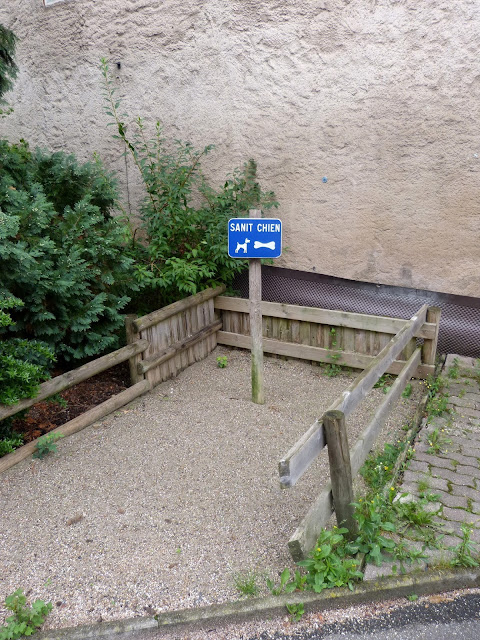 There were quite a few of these places for dogs to do what they have to do. 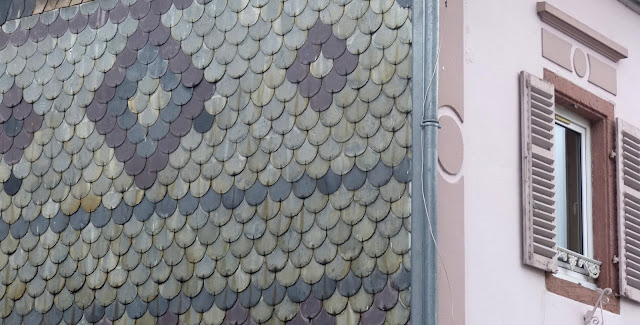 More of the metal tiles on a wall. 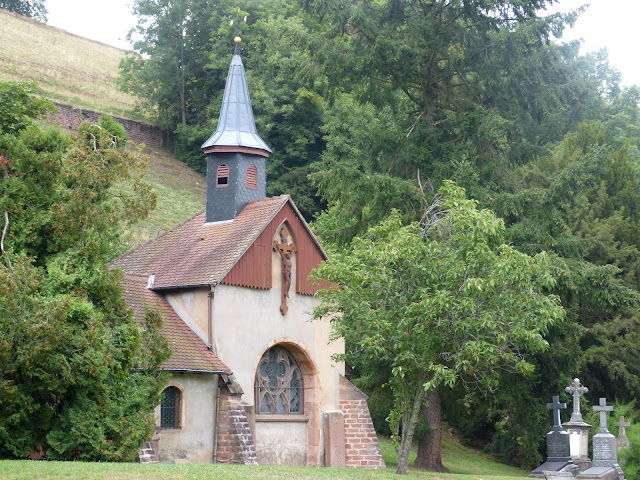 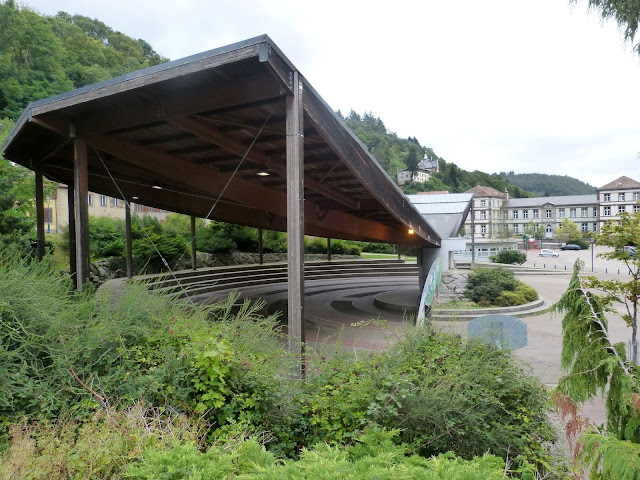 Interesting shed for outside performances. I suspect the market might have been in the large car park right next to the shed. It was empty. 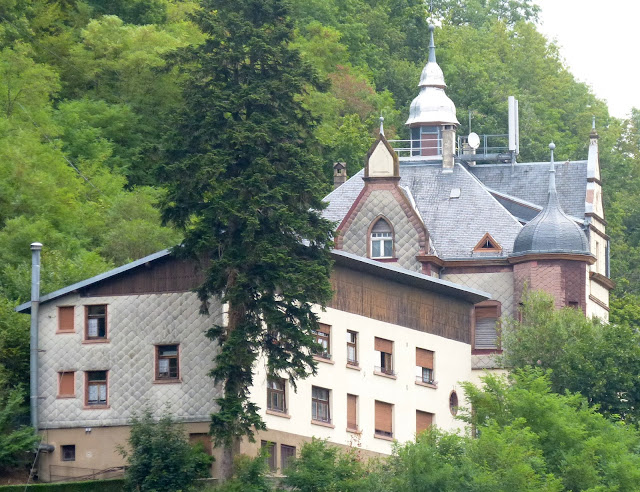 Big house towards the rear. With numerous silver mines in the area, there had to be a few very wealthy owners at one time. 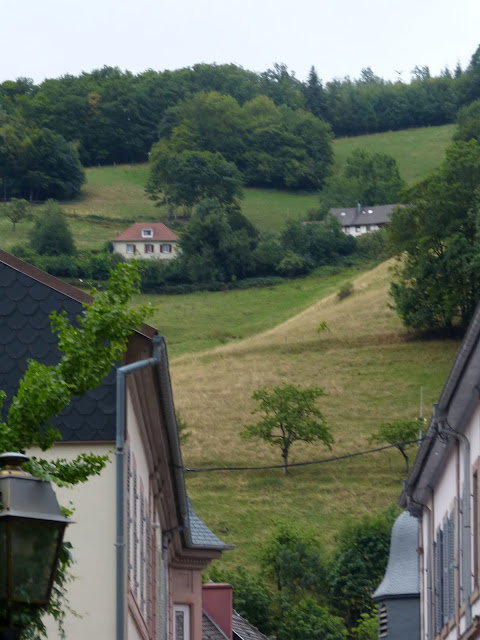 A telephoto view of a couple of houses way up on the hillside to the south of the town. No doubt the view is good but it would be an interesting trip up and down the road on an icy, snowy morning.

The clouds were so low that occasionally we felt as if we were walking through them. An umbrella would not have helped too much. 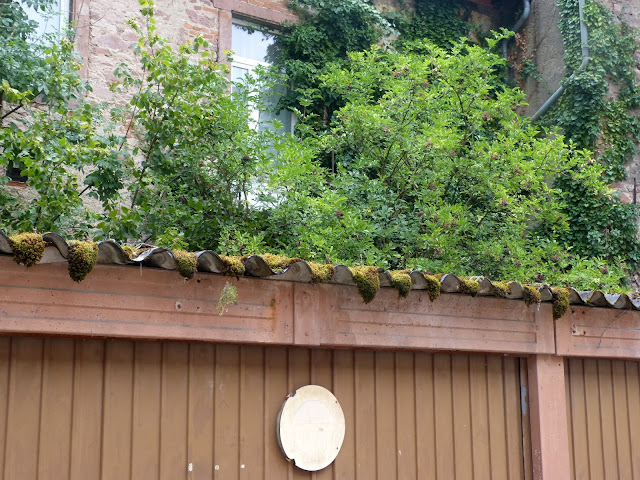 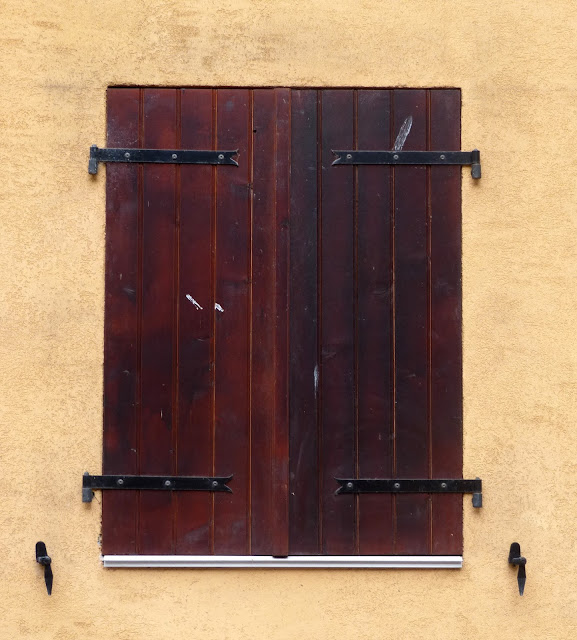 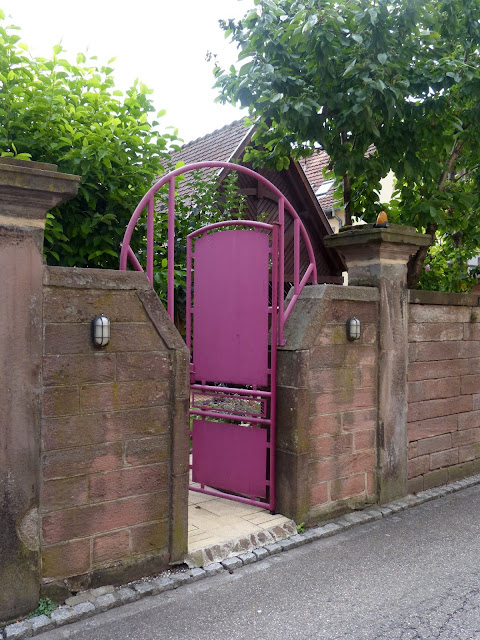 Not too keen on purple gates however. 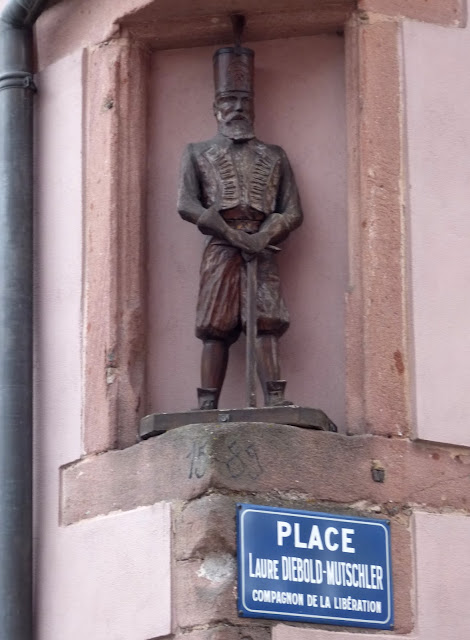 Statue of a miner in ceremonial dress. 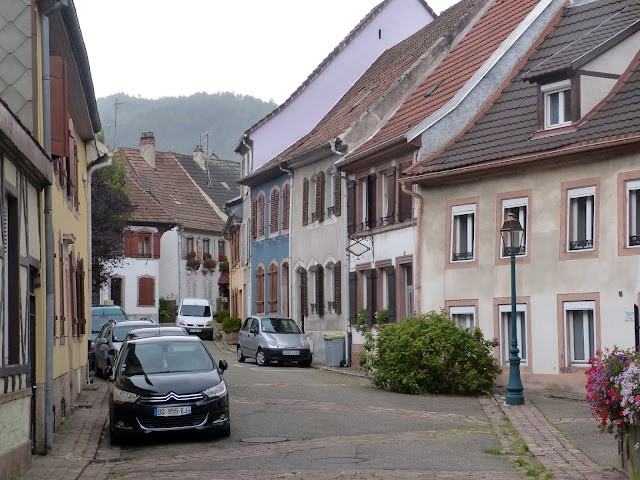 There was very little activity and Marianne had figured it might have been some sort of holiday. We found that both supermarkets were closed as well. When we got home, we found out on the calendar that it was Assumption Day. It is a holiday in much of the Catholic countries and states of Europe.

Our local bakery was open however. The French need their daily bread.