Slack bunny goes for a walk up the hill

This was our first cool day since we arrived and we have been taking it easy relaxing in the house when we are not travelling around in the car doing the tourist thing. It was time for a serious walk and there was a steep hillside only a few yards away. 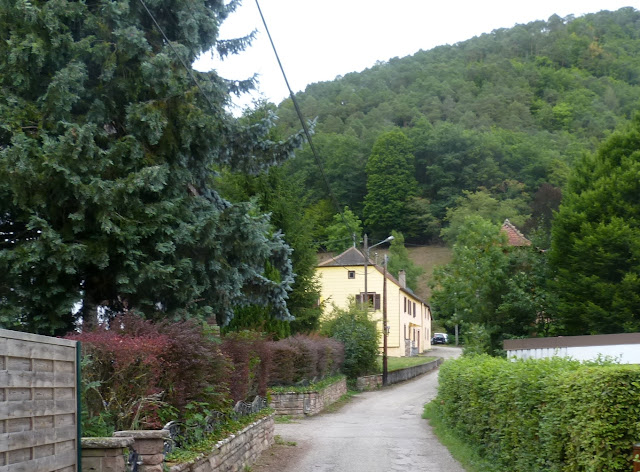 I looked up walks in the area on Everytrail which is an app I used on the Coast to Coast and Lycean Way hikes. Just a hundred yards away or so there was a trail heading up the nearby mountains. I put on my hiking boots and headed off. 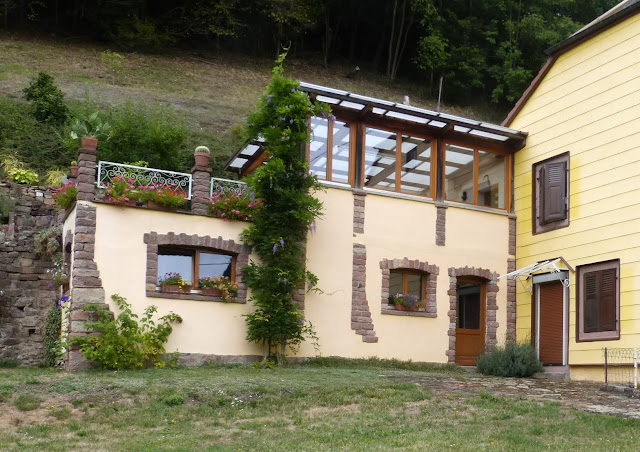 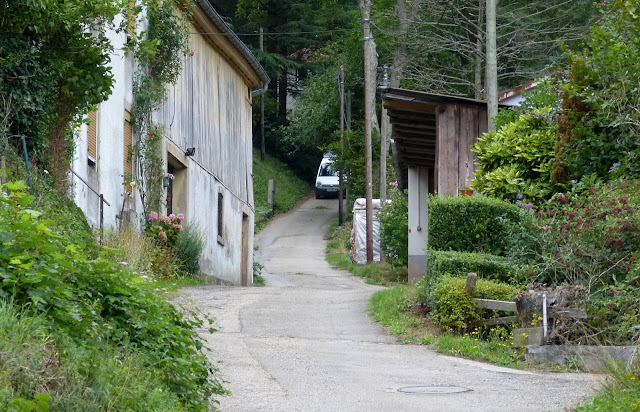 Heading up the trail I met a car coming down. I don't know what happens when there are two cars going in opposite directions. 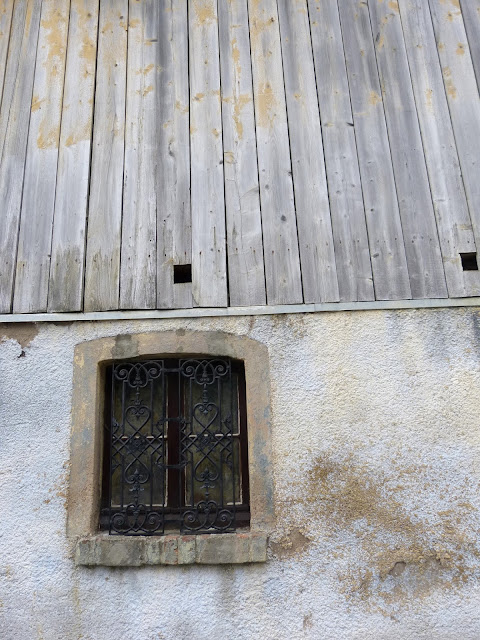 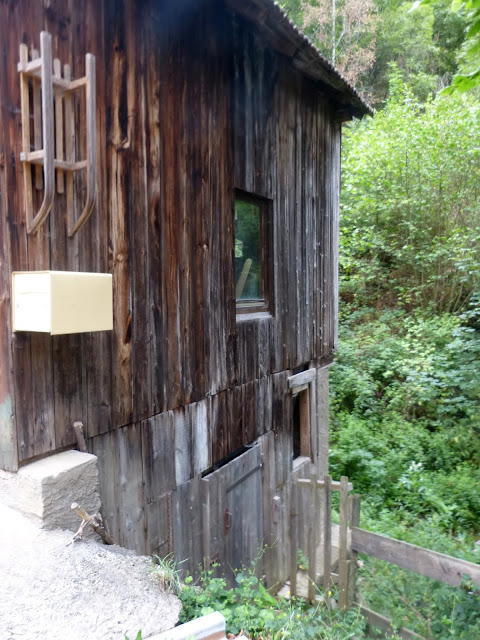 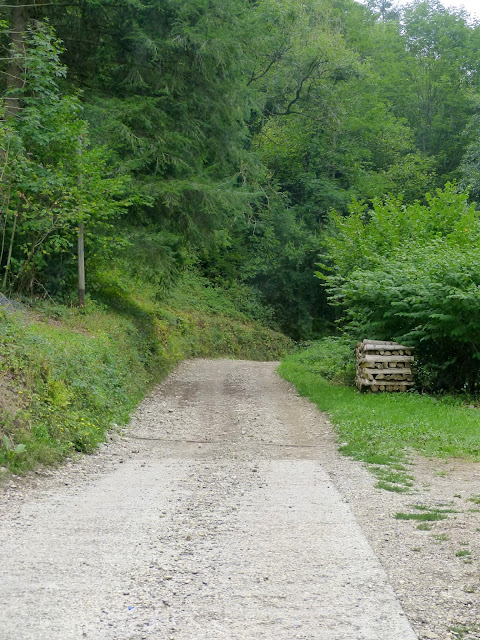 Eventually the bitumen petered out to be replaced by a pretty decent dirt / rock road. 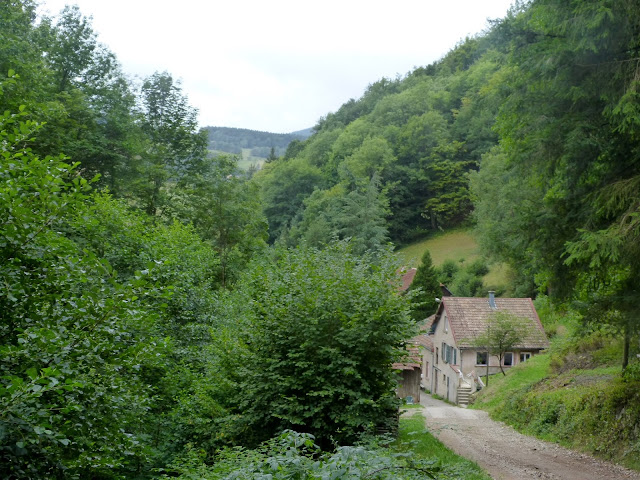 It is a pretty steep climb. Not quite as steep as the hillside outside Linz but still a decent ascent that went on for a mile or so. 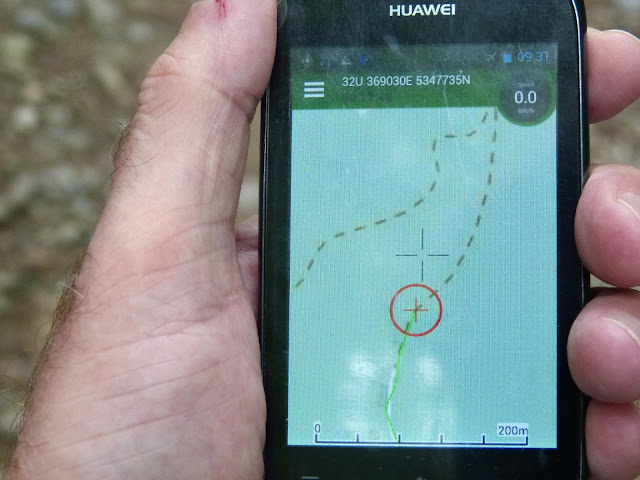 My map showing that I would have to make a sharp turn soon. 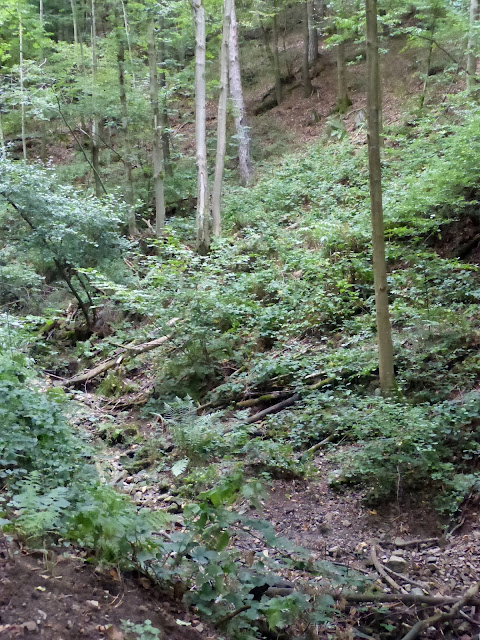 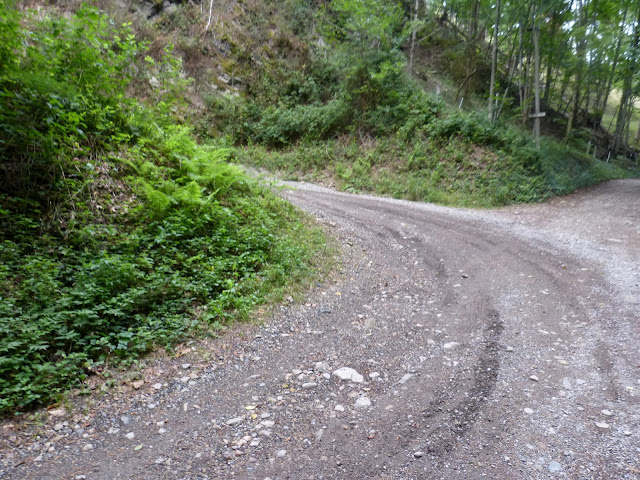 The start of the turn. This GPS on a phone stuff really works. 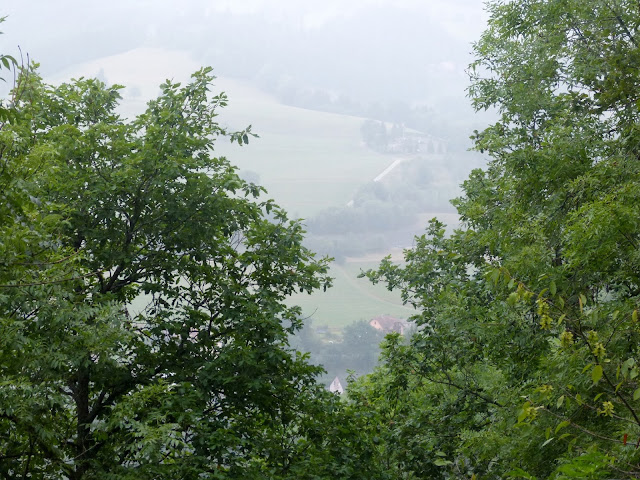 Looking through the clouds down to the valley. I got a little wet but not too bad. 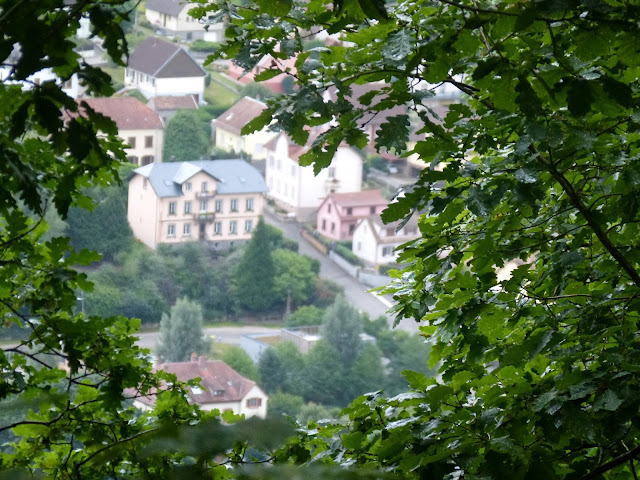 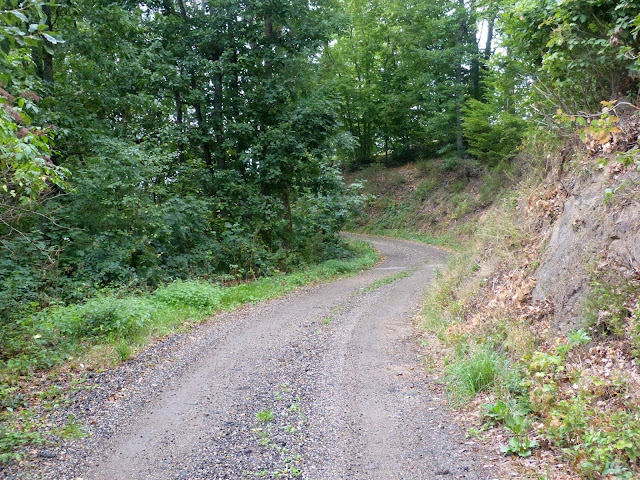 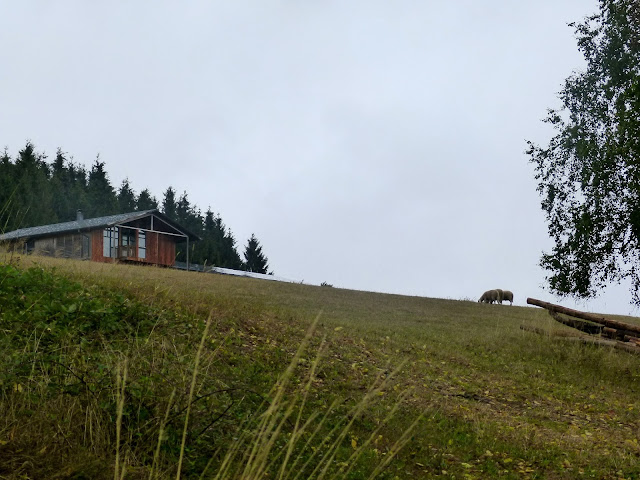 Eventually I reached the top and there was a house with a big open field. 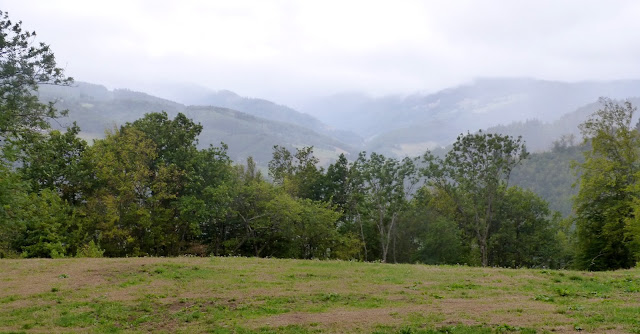 The Vosges Mountains heading off into the distance. 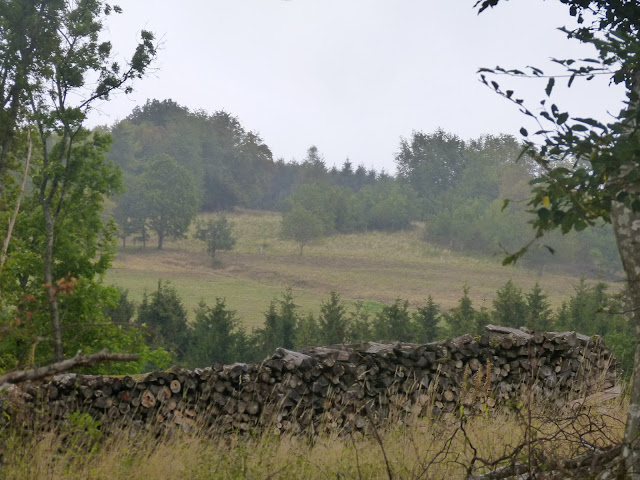 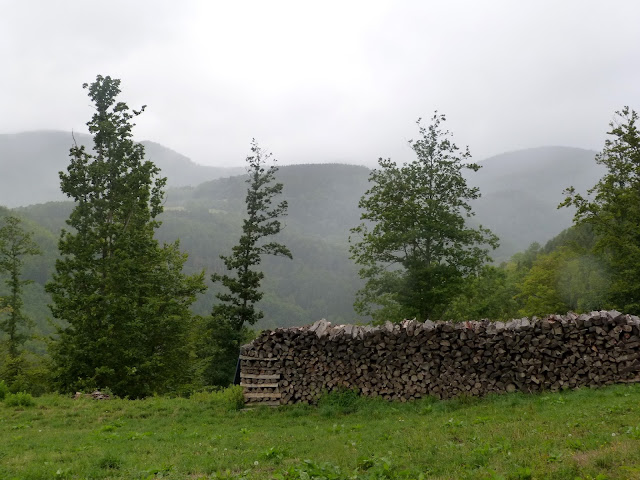 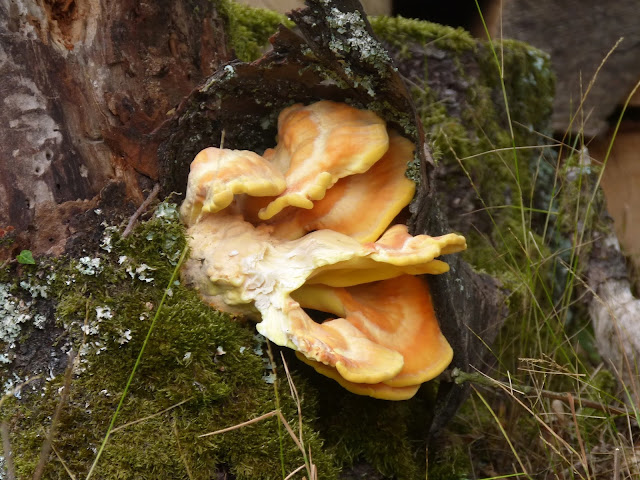 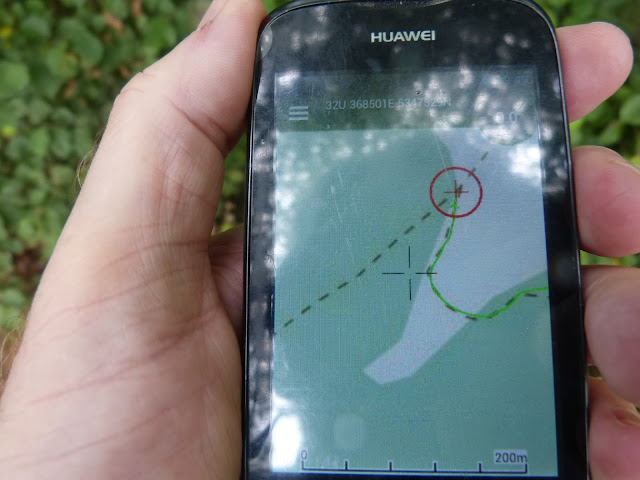 It was time to descend back to the village. 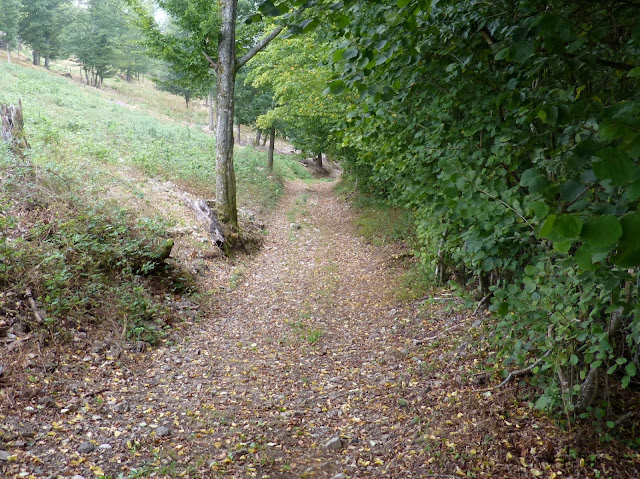 Despite what you see, this path was not as smooth and easy as the path coming up. The rocks were not stable so it was easy to slip. 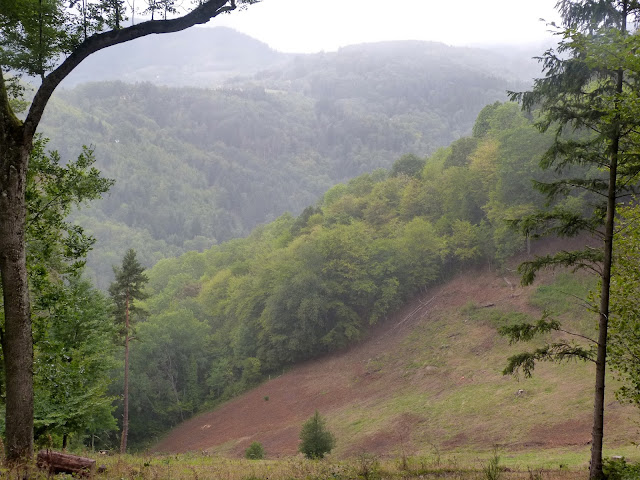 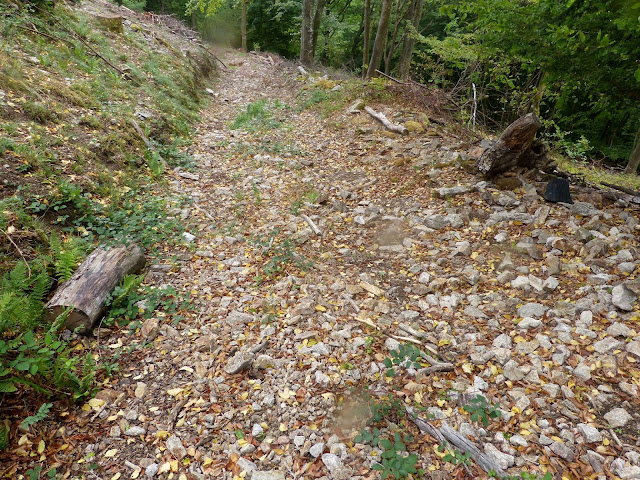 The rocks were not stable and it would have been easy to twist an ankle. I wished I had a hiking stick. 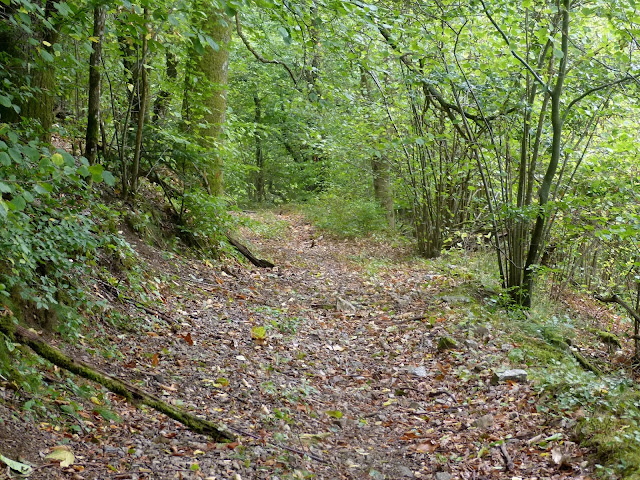 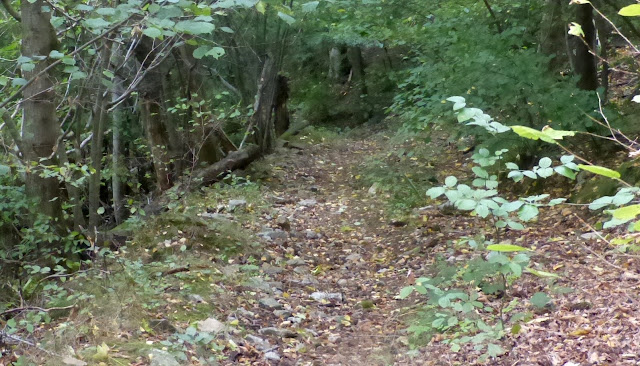 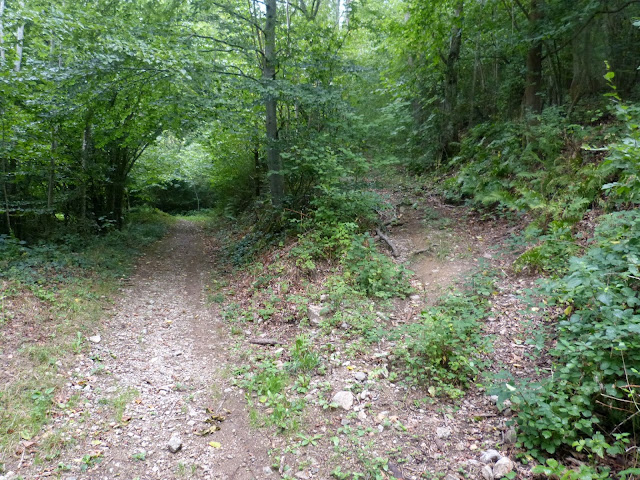 I came down the right hand path. 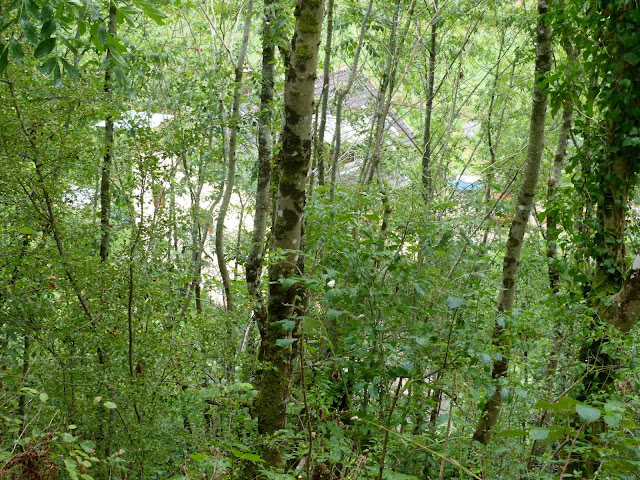 You might be able to make out the houses just below. Walking in the woods is fine but you don't really see too many great vistas which is why I don't have too much ambition to walk the Appalachian Trail. 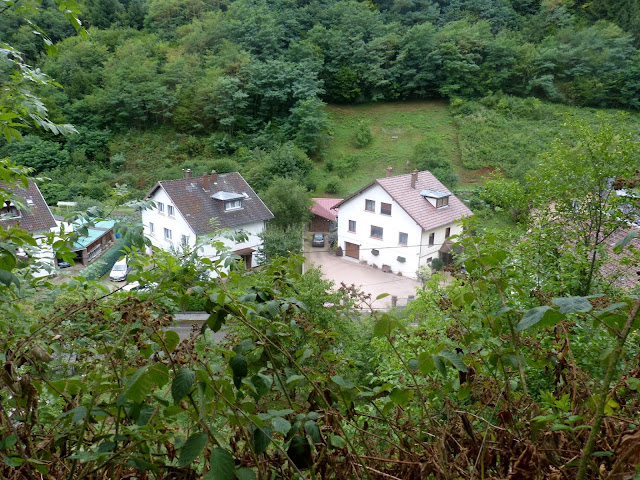 Finally the trees petered out. 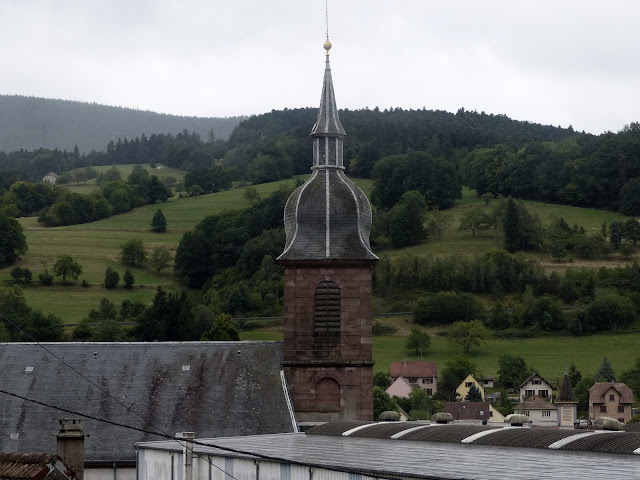 The church steeple. The clock had struck 4 pm a few minutes before and I had started at 3:30 pm. 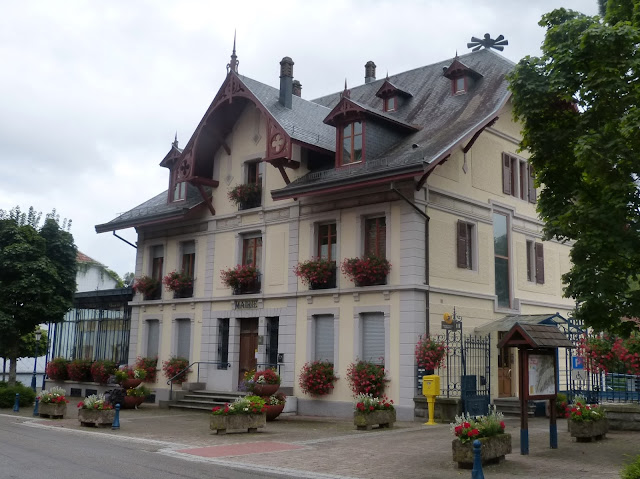 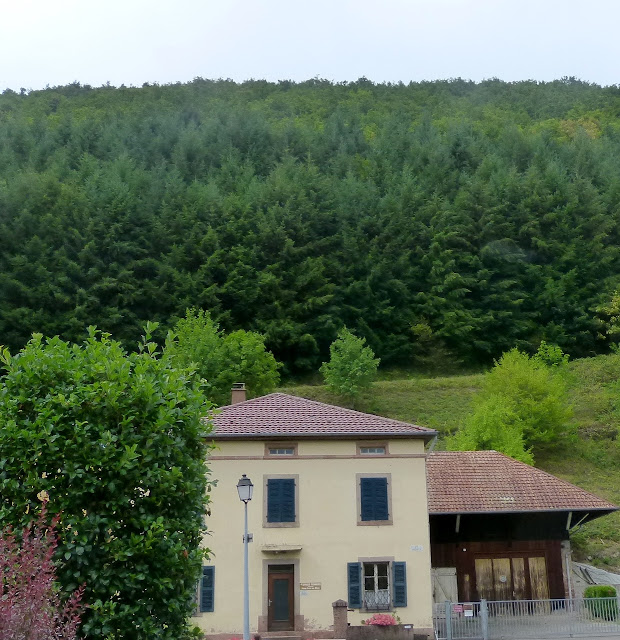 Walking back up the street to our exchange house. Yes, I had been at the top of that hill, probably higher. The whole walk took about 45 minutes so with the slow ascent and descent I estimate it was a bit over two miles. But tough work in both directions, so I deserved a beer as a reward.