We decided that it was time to get out and drive some of the Wine Road. I presume most of you know that Alsace is famous for its wines and the pretty villages that sit in the center of vineyards. 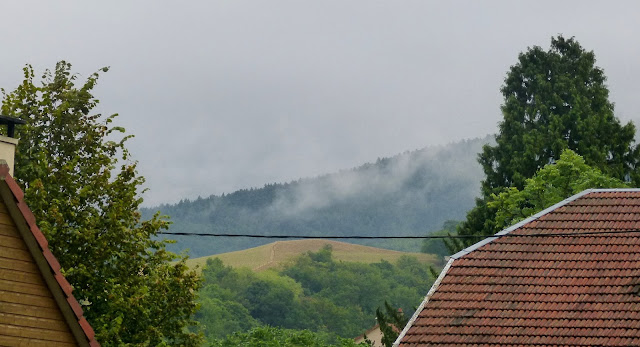 It had rained most of the night before and there were still clouds hanging around on the nearby hills. 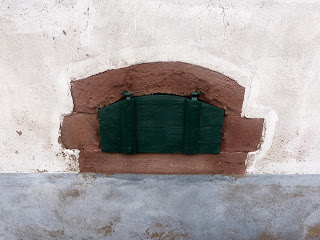 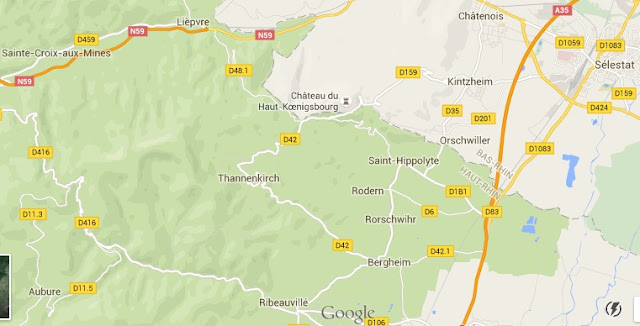 At Chatenois, we headed south on the Wine Road that runs north south crossing the road from Saint Croix aux Mines to Selestat. We stopped in Kinzheim and although we had been there before four years ago, went for another stroll around. 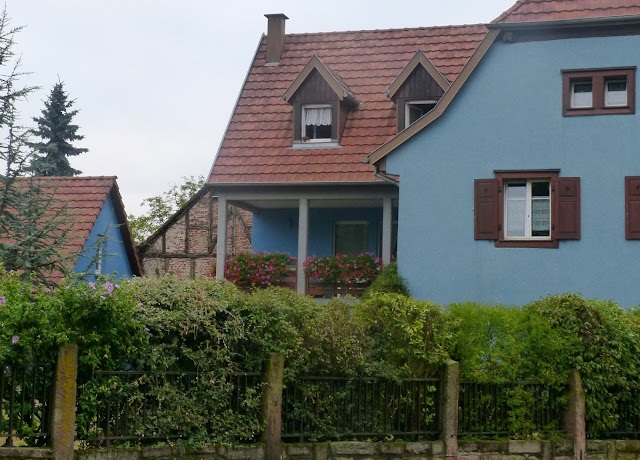 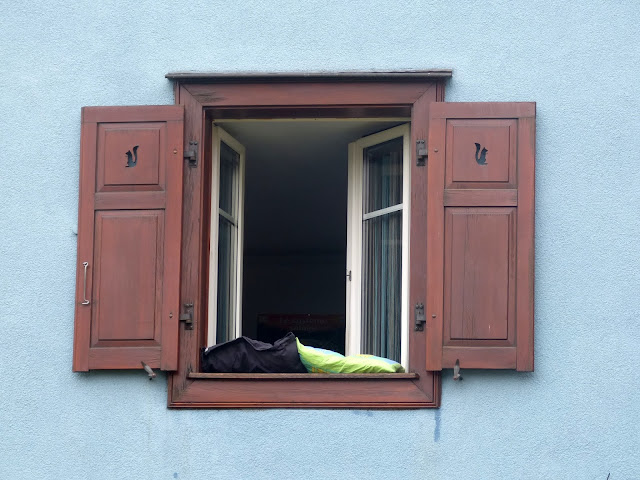 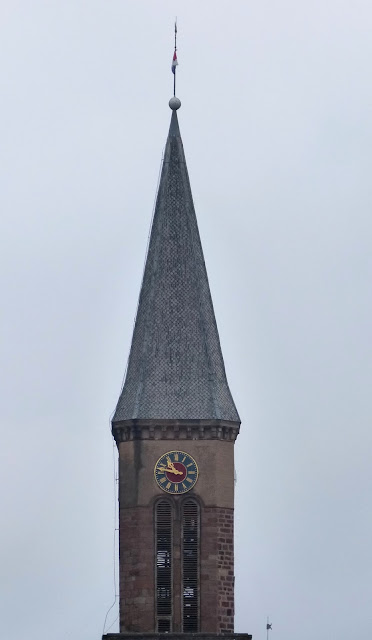 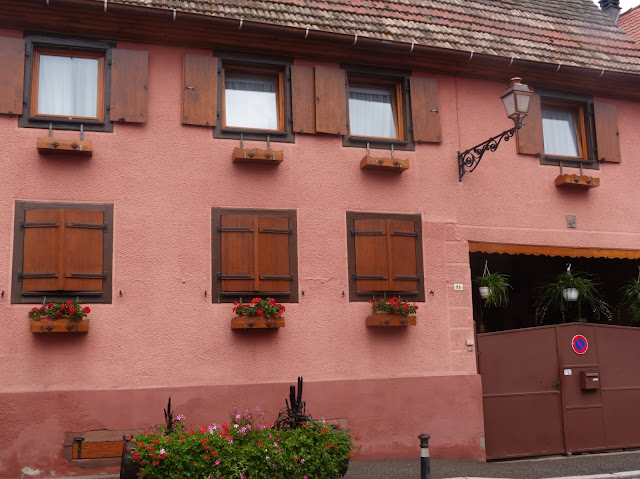 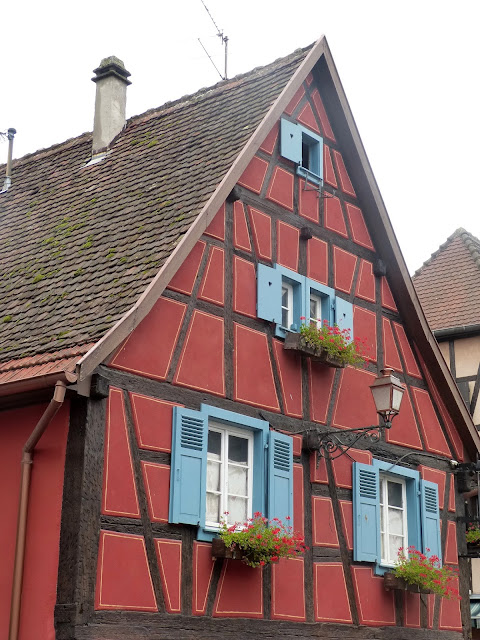 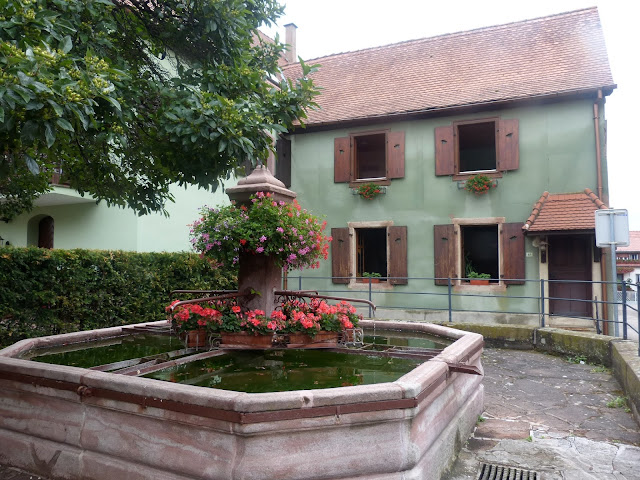 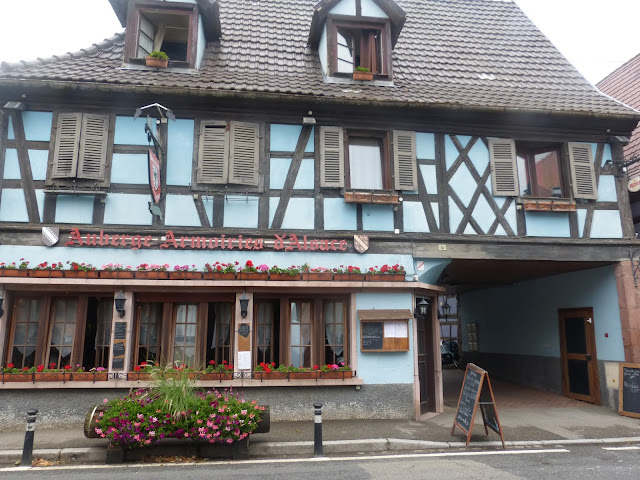 This is where we ate the Tarte Flambes four years ago. 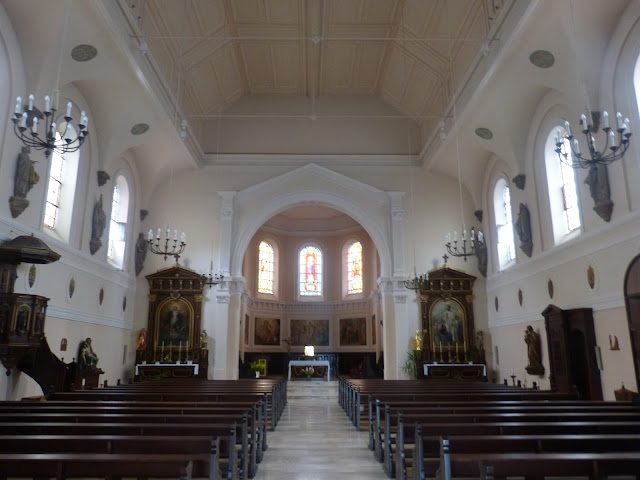 Inside the church. Very plain compared to the Austrian churches. 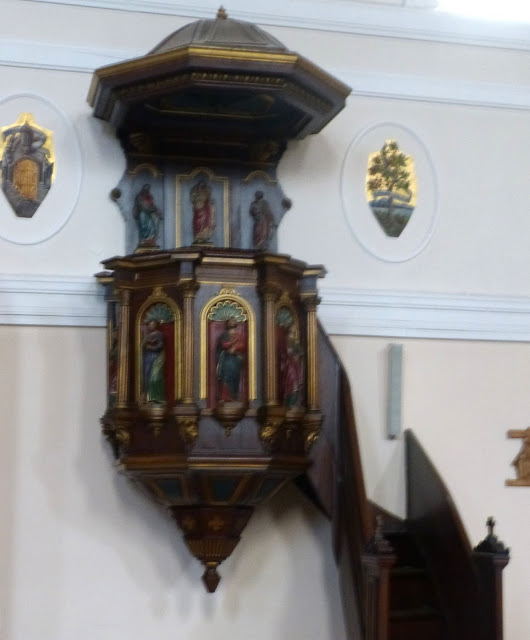 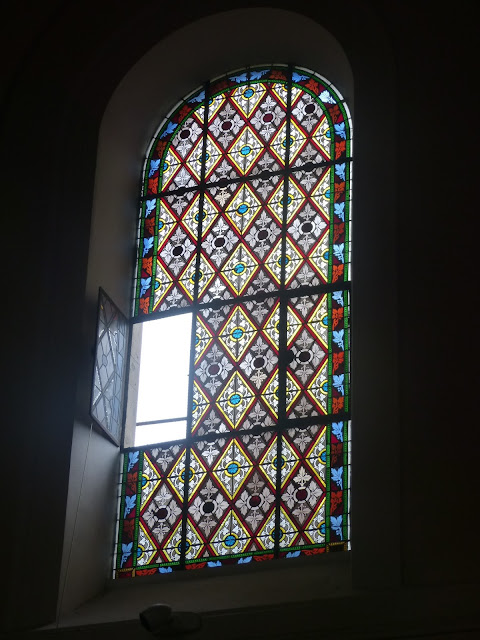 I've never seen a stained glass window like this. 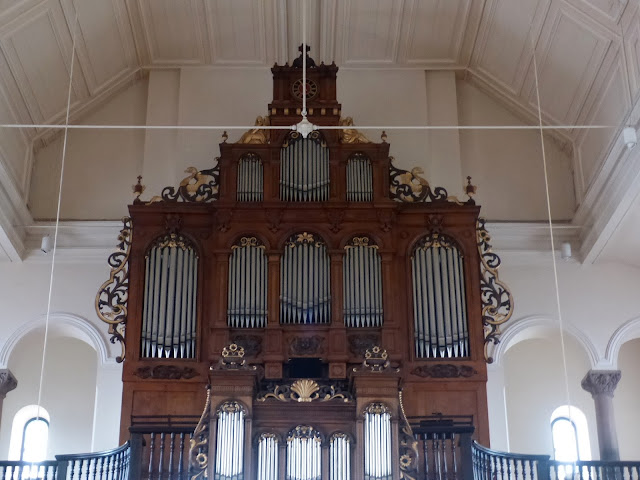 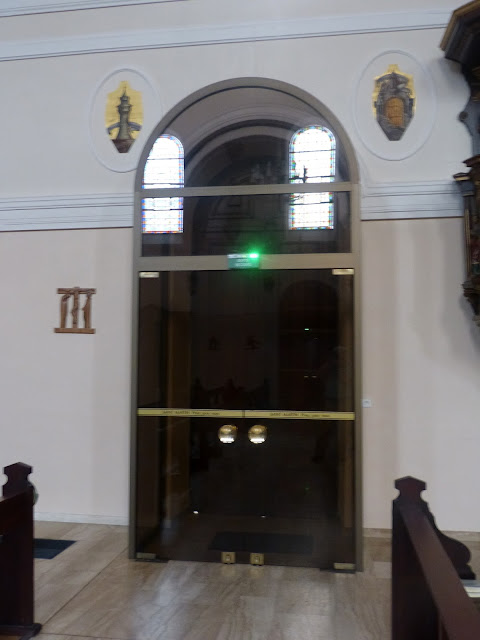 Each of the entrances to the church had spiffy new glass doors. 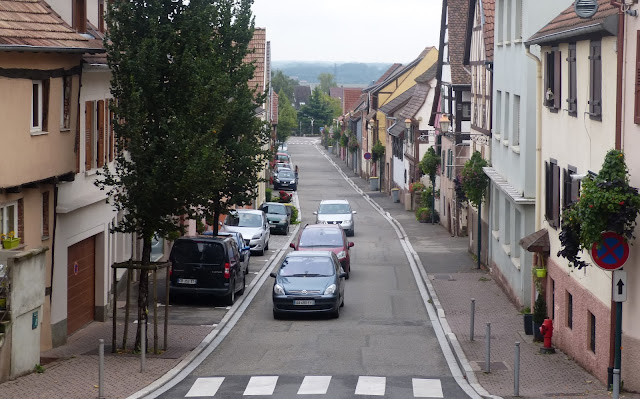 Looking east from the steps in front of the church. If you continue down this road you come to Selestat. 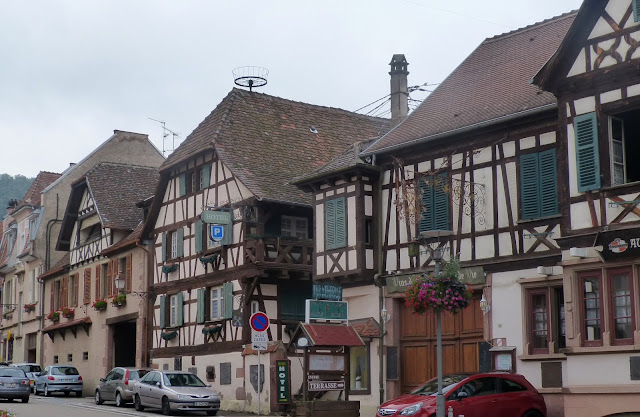 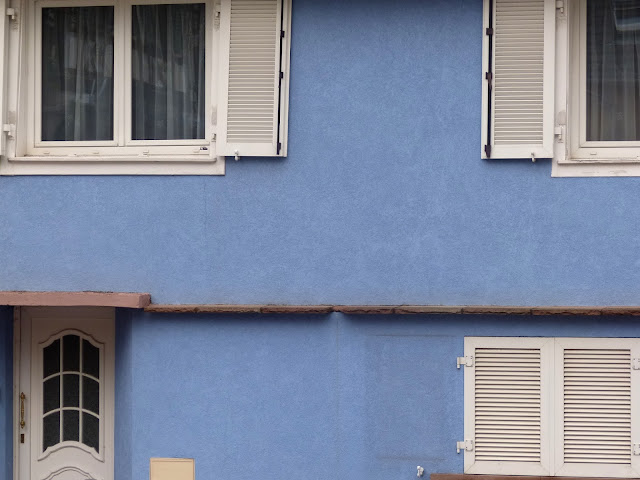 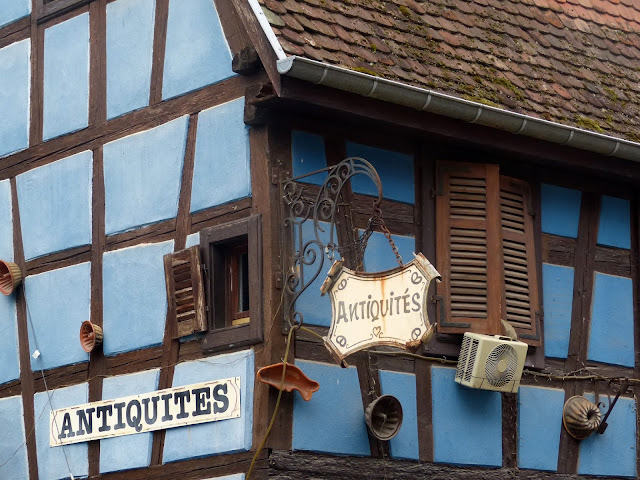 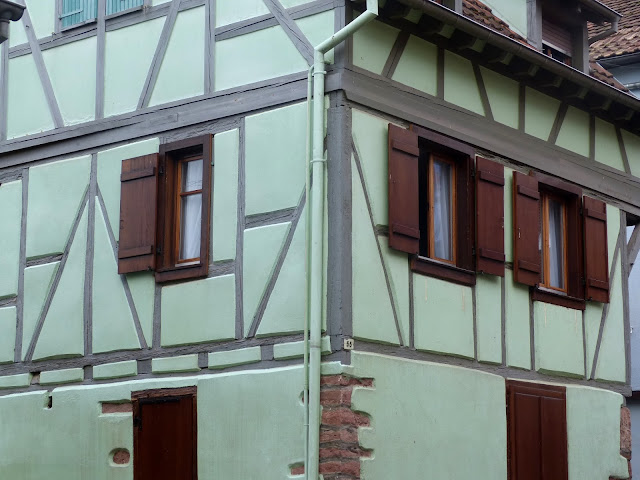 The different colours are really interesting. 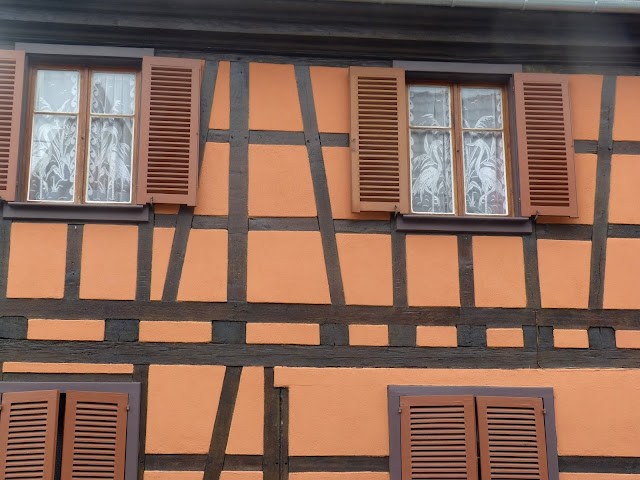 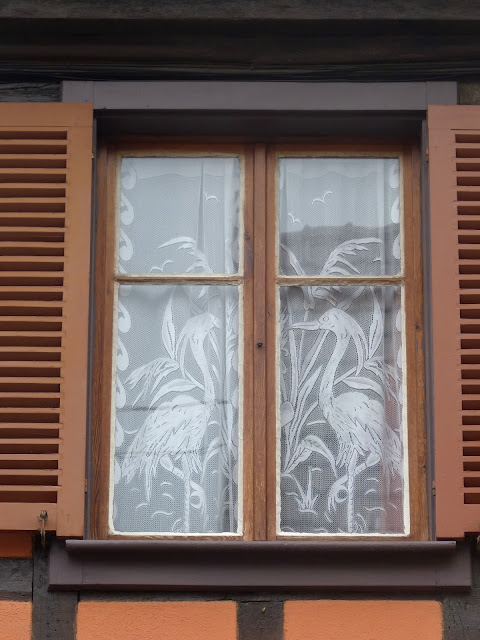 Marianne reckons there should be a blog devoted to lace curtains. 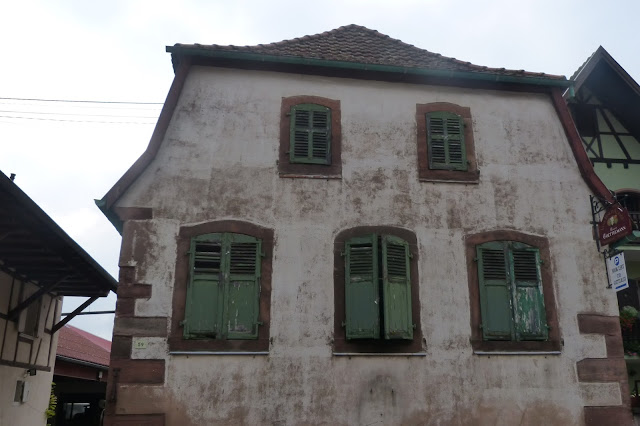 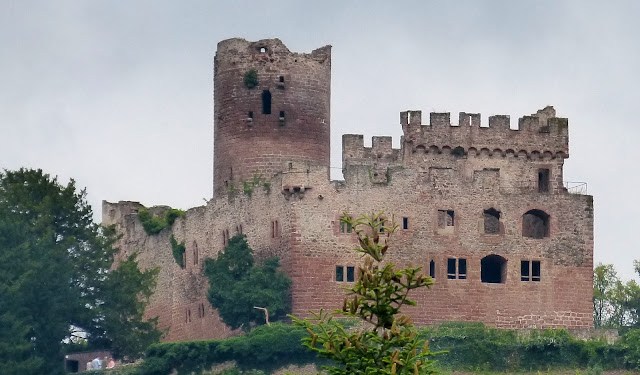 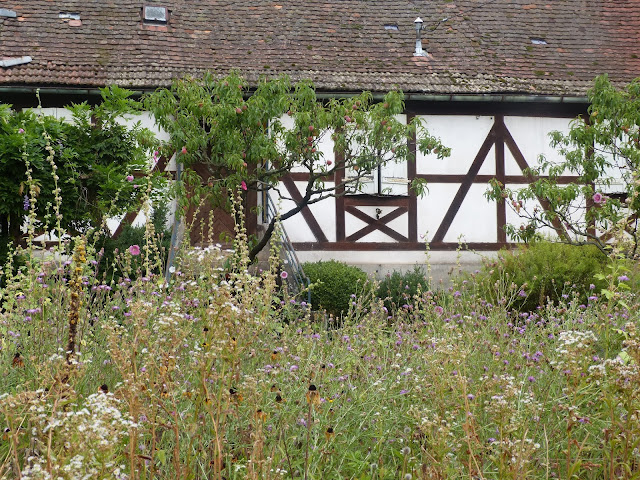 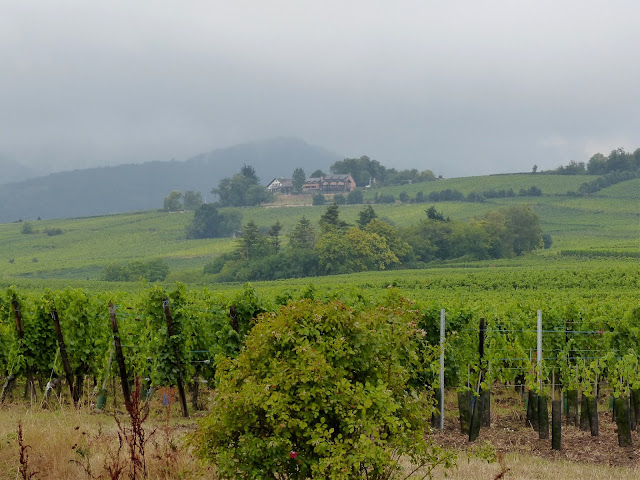 We headed further south and stopped to take some photos of some vineyards. 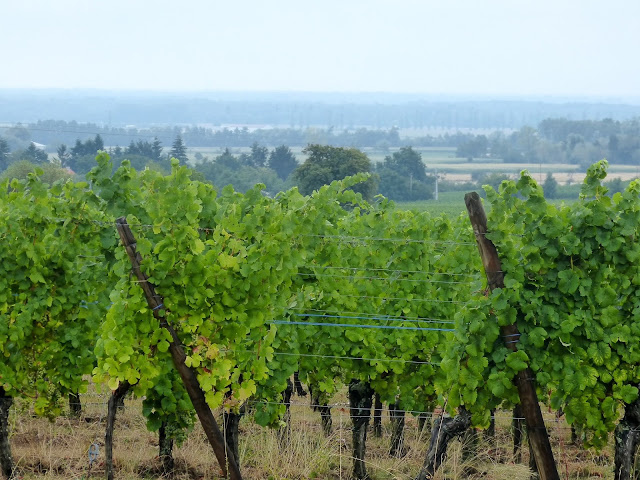 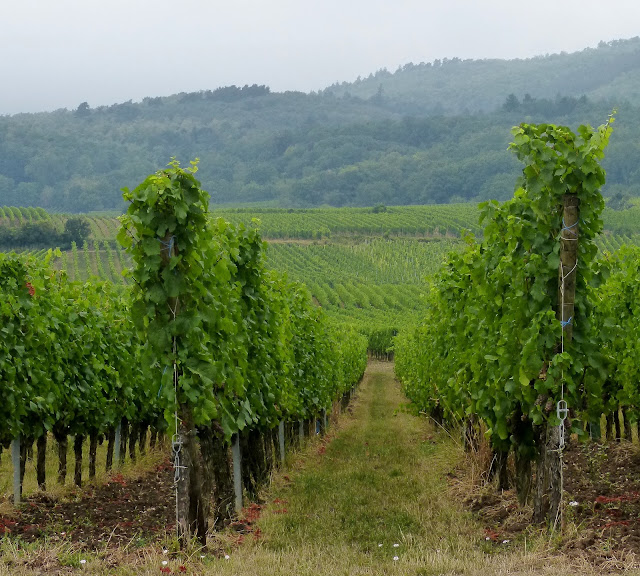 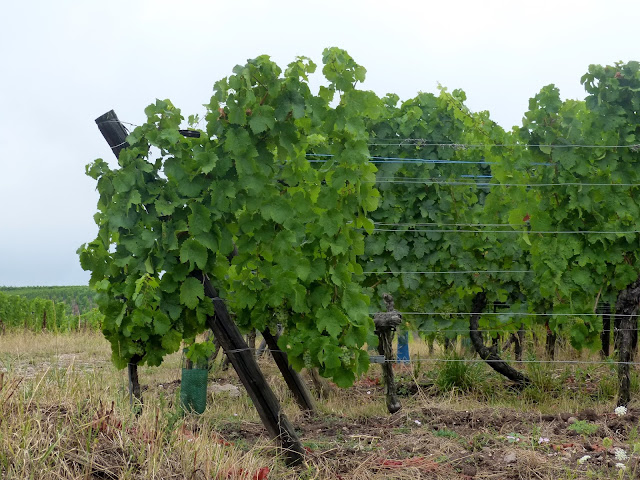 We continued further south to Saint-Hippolyte and Ribeauville but did not stop since they were crowded with tourists. Both are very pretty villages but they are quite close to touristy Colmar so busloads of tourists visit all three places. Kinzheim is just as nice.

Further south we eventually decided we had gone far enough and headed back home on the main highway. We did not do any tasting since I try not to do too much drinking and driving. We do have plenty of wine from Alsace to drink for dinner.