We buy some wine

While we were enjoying the wine at the Hotel Frankenbourg lunch, we tried to take notes of what we were drinking. We particularly enjoyed the Pinot Gris that was produced locally so we looked up where the winery was and discovered it was in the village of Dambach-la-Ville a few miles north of Scherwiller. I loaded the address into our GPS and we had no problem finding it.

As we arrived we were looking for a place to park in the very narrow street and the wife invited us to drive into their courtyard. 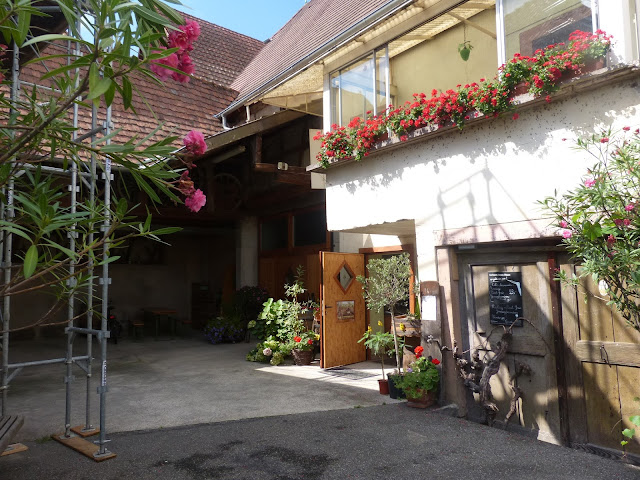 She opened the tasting room and I managed somehow in my limited French to let her know we had been impressed by their wine at the Hotel Frankenbourg. She immediately let us know that it was not their wine but wine from another Arnold winery in the same town. 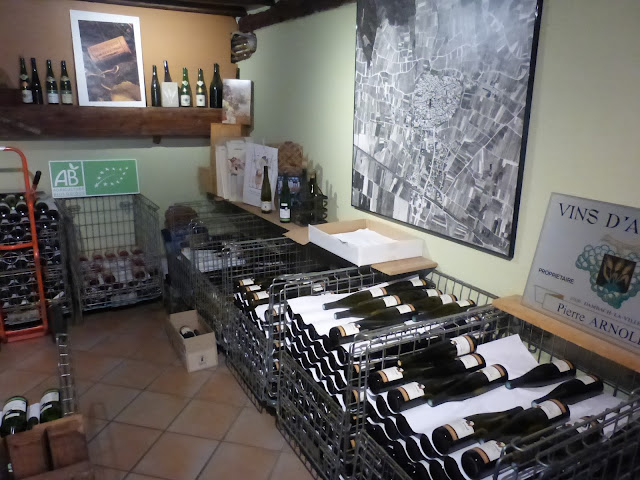 We decided that we would stay anyhow and taste some wines. We tried their Pinot Gris of course and also a Riesling. Their Pinot Gris was a little sweeter than the wine we had at the restaurant. The standard wine was good, but the Grand Cru version was wonderful. 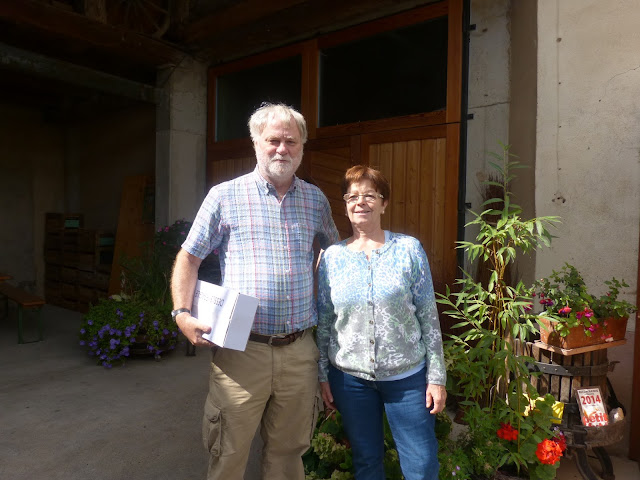 So we bought some bottles and did not bother going to the other winery. I still had a lot of driving to do on mountainous windy roads.

The knowledgeable wine lovers are probably asking 'What about the Gewurztraminer?' Unfortunately, Marianne does not like the Alsatian version so I don't bother buying it. I quite like it but I can understand that it could be an acquired taste for some.