After a day in a car on the autobahn, it was wonderful to go for a walk when we reached our friends' house in Mellrichstadt. 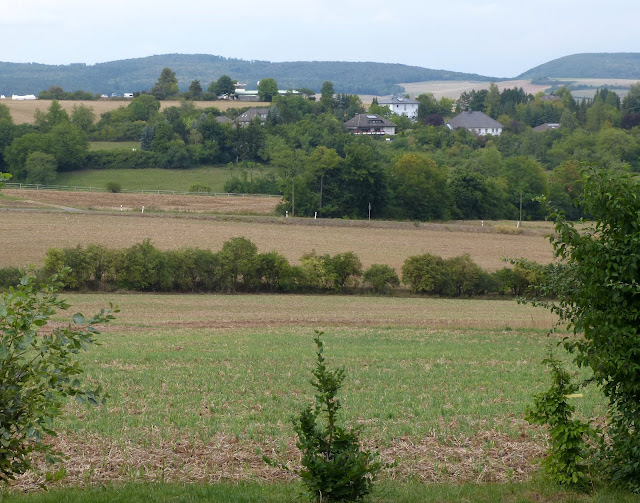 We were last here in June of 2012 and the fields had crops growing in them. In late August, most of the crops had been harvested. the countryside did not look as green as it was three years ago and Christian and Beatrice confirmed it had been relatively hot and dry. 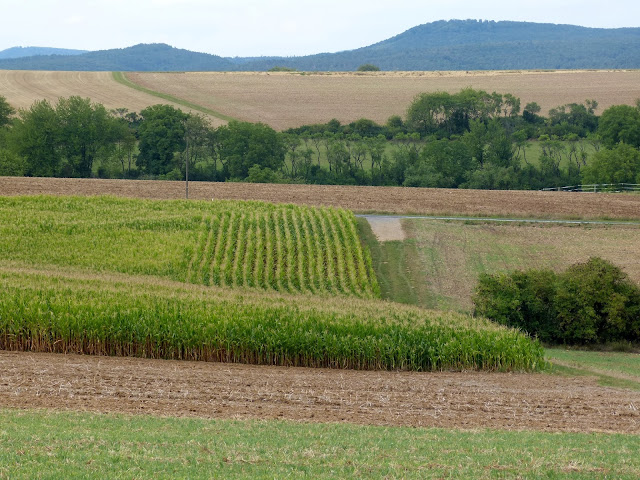 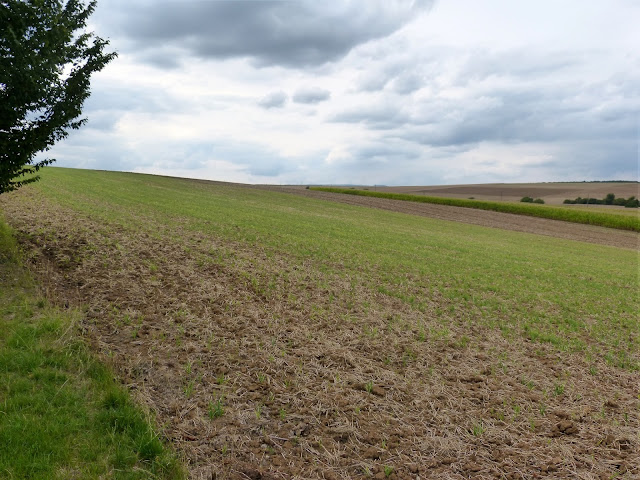 It still is beautiful, crops or no crops. 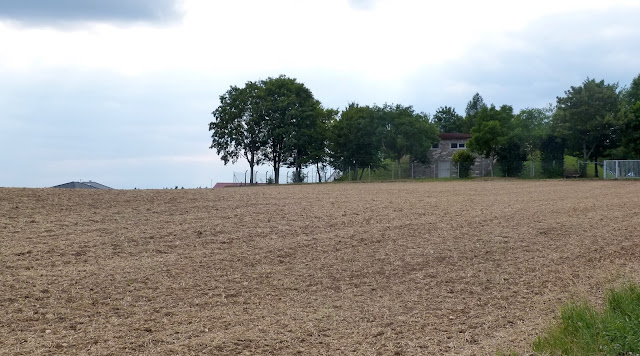 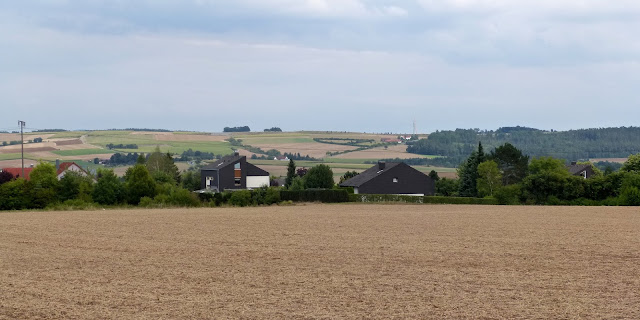 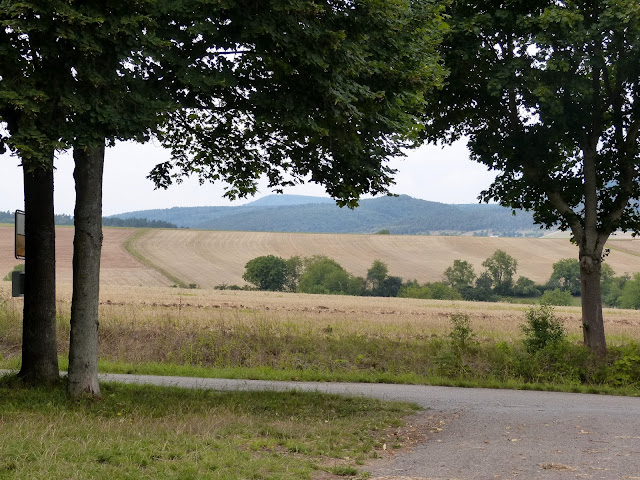 We went for our favorite walk with Beatrice to a tower (turm) about a kilometer from the house. 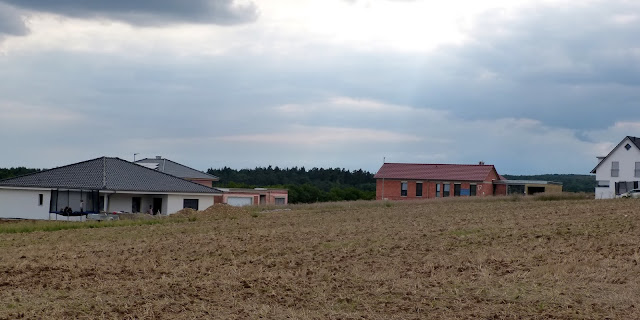 She took us on a slight detour to a new housing estate near their house. Three years ago it was just farming land with crops growing. 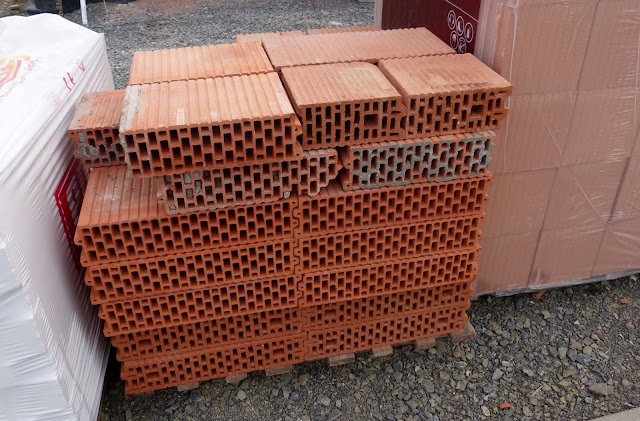 Most modern houses in Europe use this style of brick. 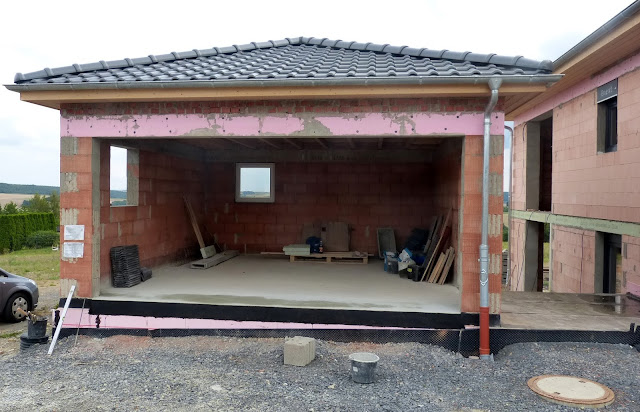 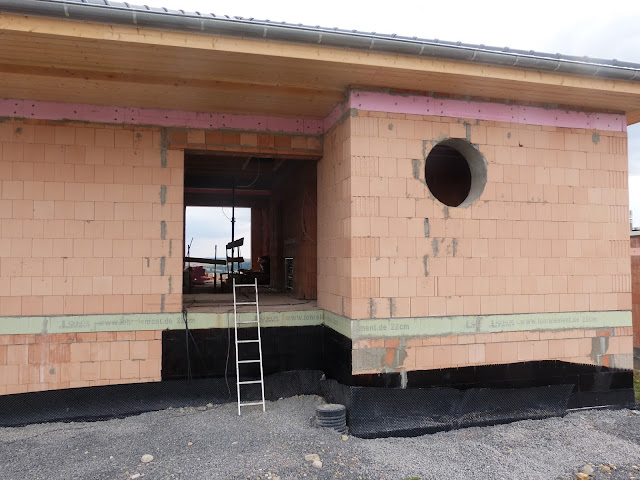 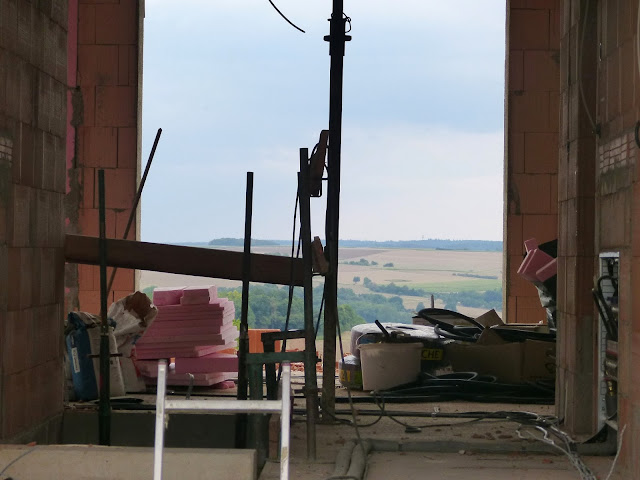 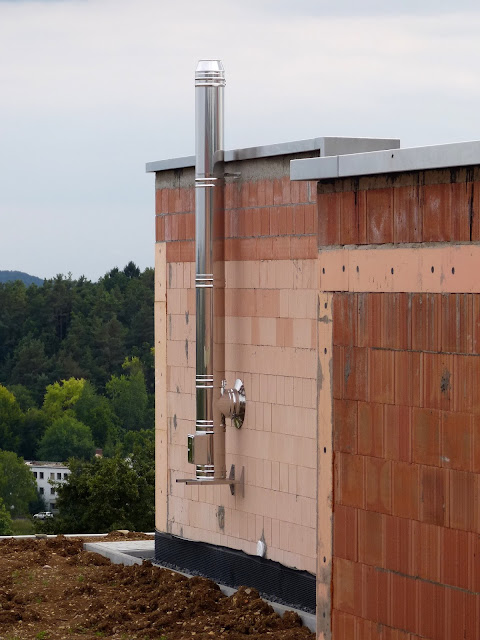 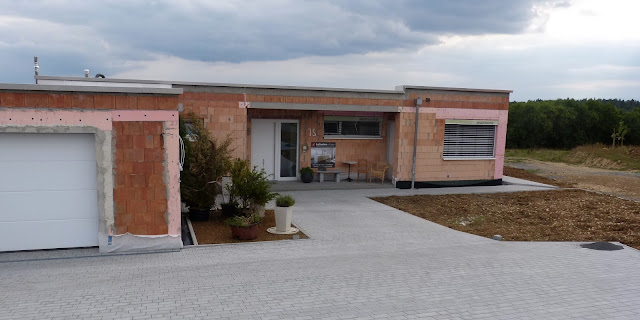 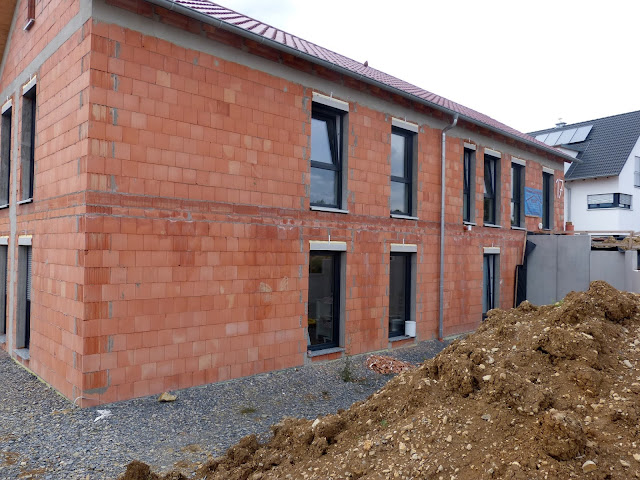 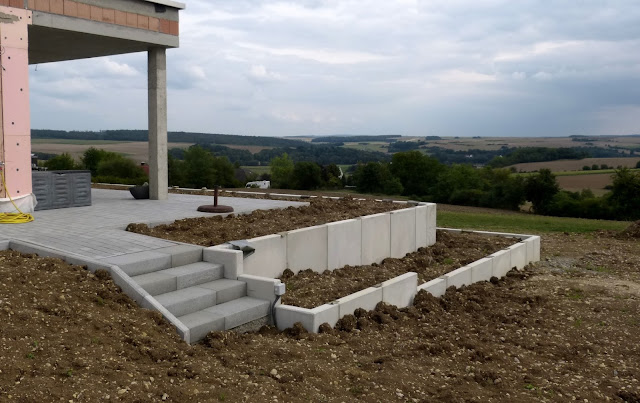 The view will be magnificent until the land in the foreground becomes another housing development.

Most of the houses are quite large by German standards.

We returned to the usual path and could see the tower in the distance. 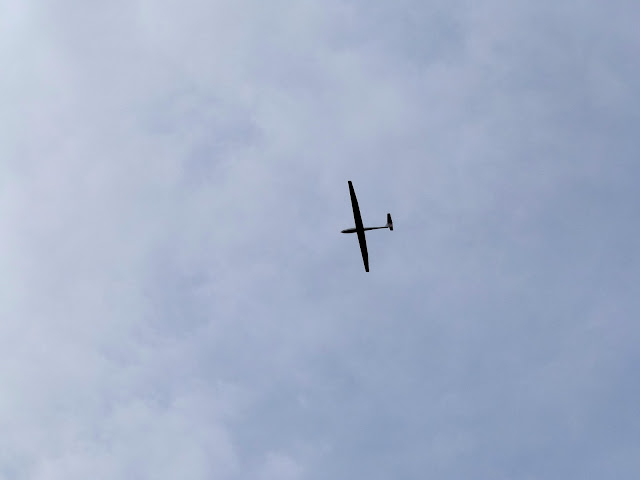 There were a few gliders whizzing over our heads. It was quite easy to hear them which surprised me. I thought they would not make any sound. 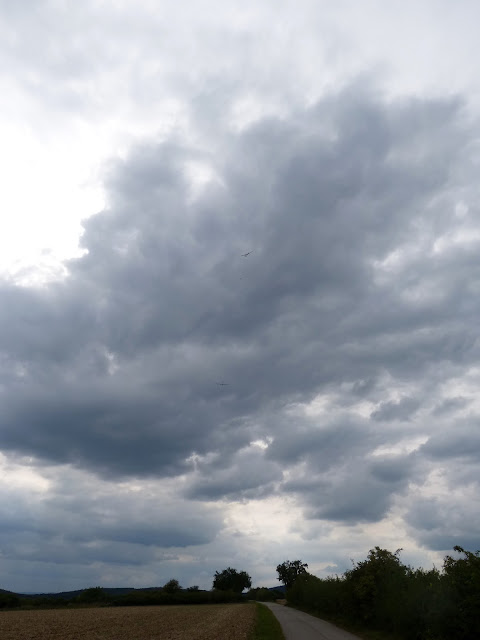 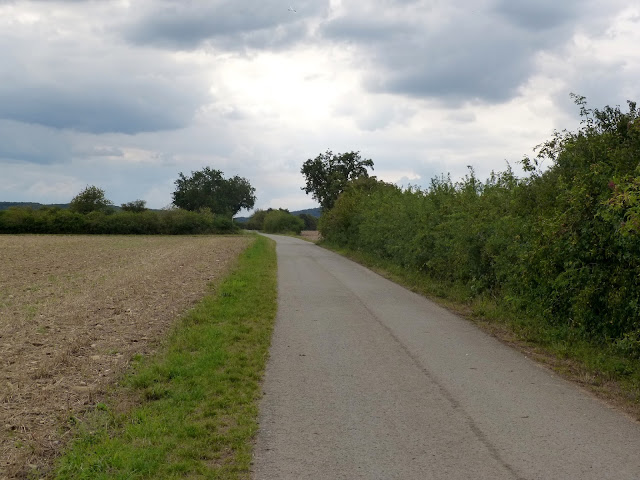 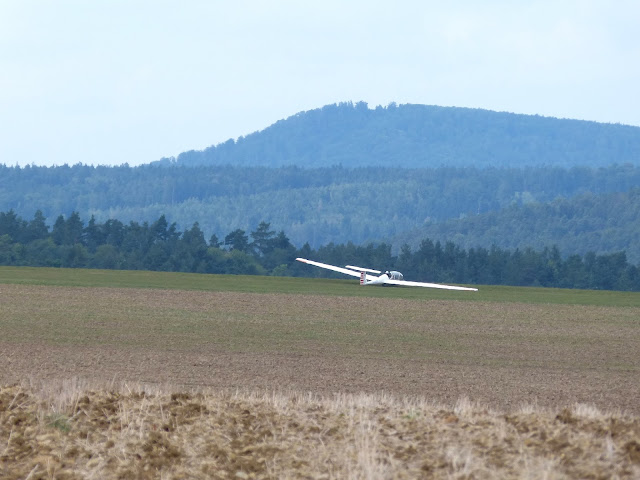 One of the gliders had landed in a nearby field and not at the aerodrome which is a mile or so away. I wondered how they would rescue it. 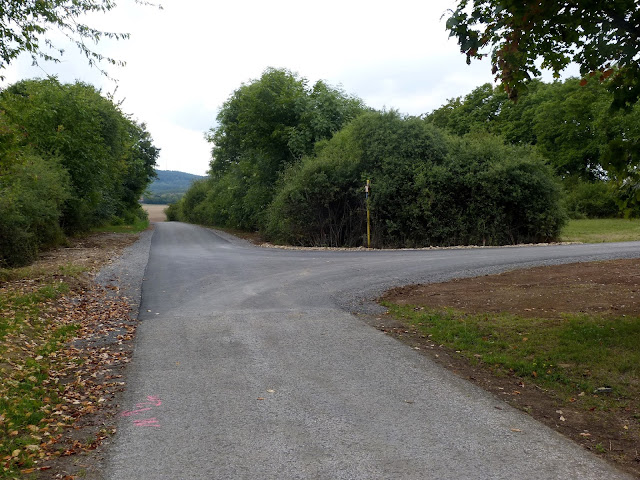 This used to be the limit of the bitumen path three years ago but it has recently been extended. 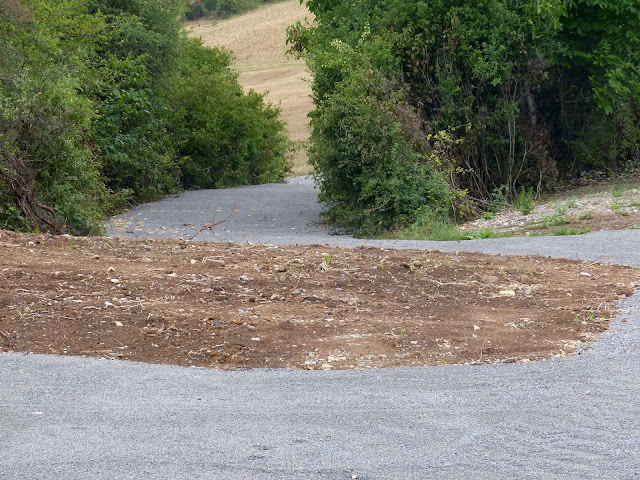 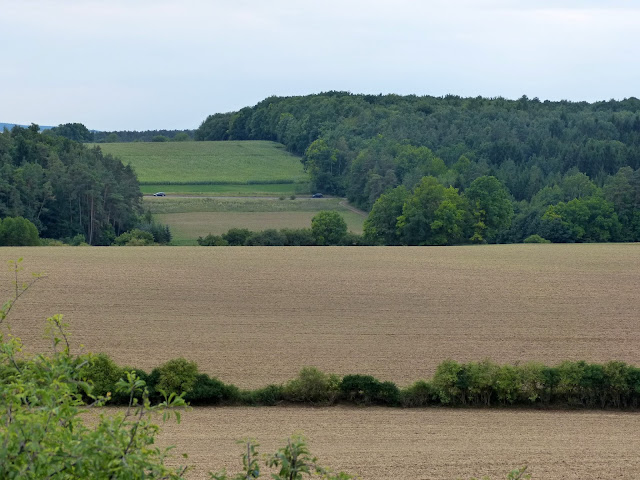 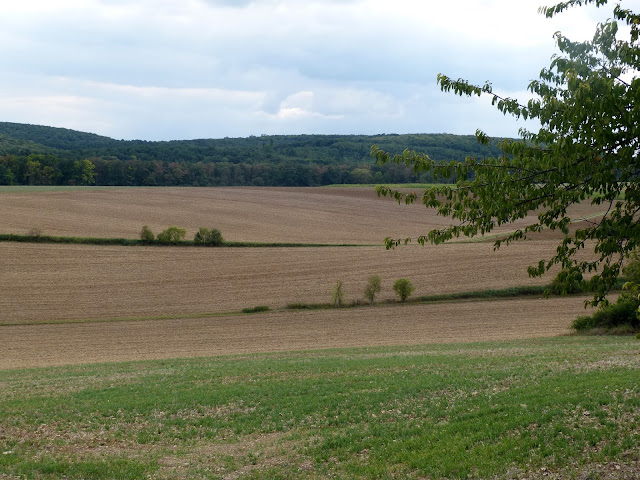 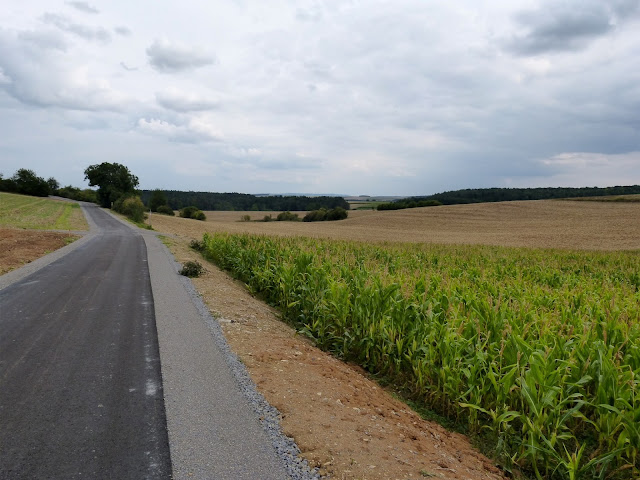 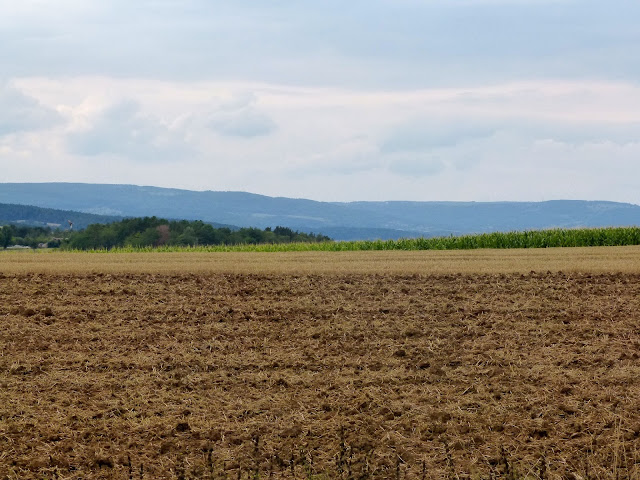 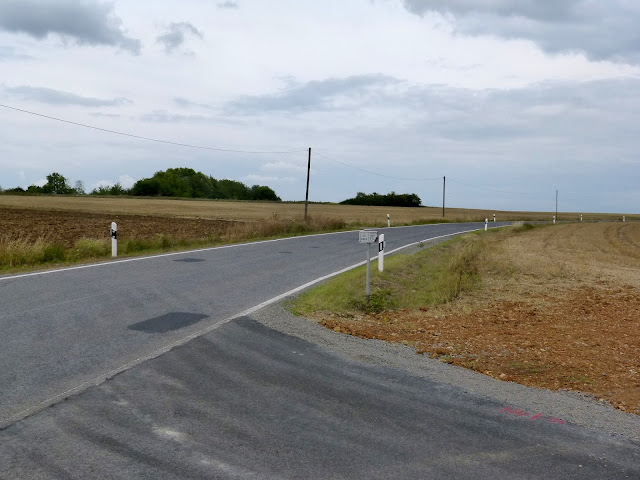 The path ends at the road that we took to drive to Frankfurt. 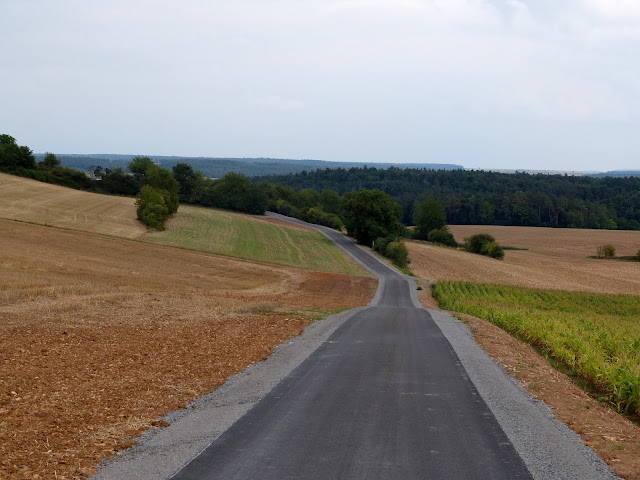 Looking back the way we had come. 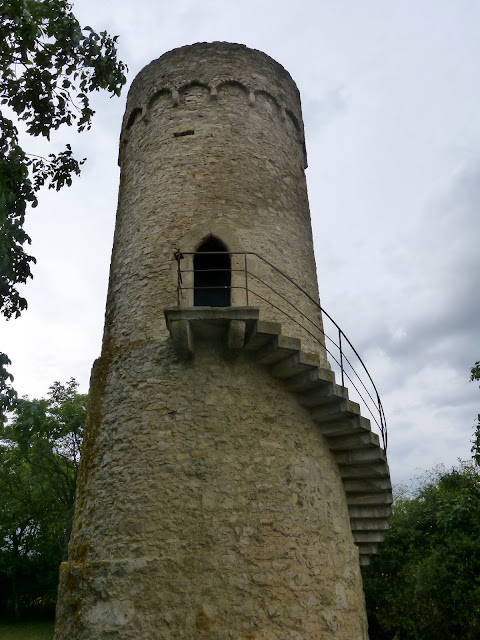 On our return to the house, we stopped off to see the tower but we did not bother to climb it. It all looked just the same as three years before. 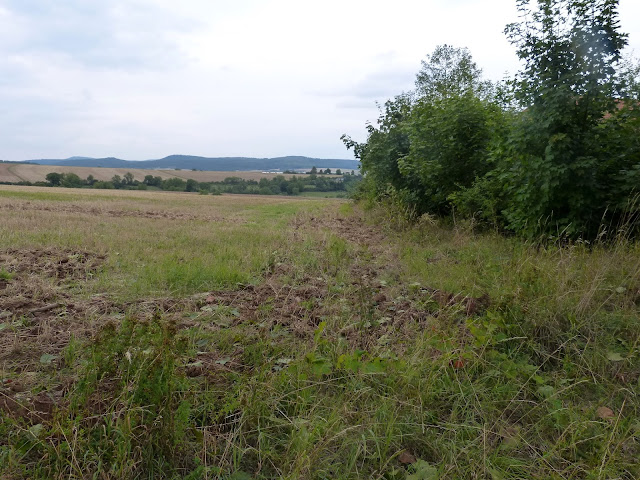 We did get to take a shortcut to the back of the house through the field. Three years before it was covered with a crop of some grain.

We really loved going for the stroll to the tower three years before and it was a real pleasure to do it again. It is very relaxing.