We had been invited to visit our German exchange family in Mellrichstadt so we headed off onto the autobahns of Germany. Our exchange was back in 2012 but we have kept in touch and Christian and Beatrice became very good friends with our neighbors Wendy and Rich.

It was about a five hour trip and I would have to say it is not my favourite. There are even more trucks than what you would find on American highways. The trucks are restricted to 80 kph while in some areas, cars can go at any speed. What tends to happen on three lane highways is that you are trundling along in the middle lane at 120 - 130 kph (75 - 80 mph). A truck will pull out in front of you and start to pass another truck in the slow lane. The truck attempting to pass is probably going about 2 kph faster than the slower truck.

You think about passing in the fast lane but a glance in the rear view mirror shows a rapidly approaching vehicle quite a way off. It catches up to you in a few seconds because it could be doing almost twice your speed. Invariably the car is an Audi. You apply the brakes to avoid running into the back of the truck in the middle lane and then after the fast car whizzes past, you get your chance.

I am sure German drivers enjoy this, but it is initially quite nerve-racking, particularly for passengers. 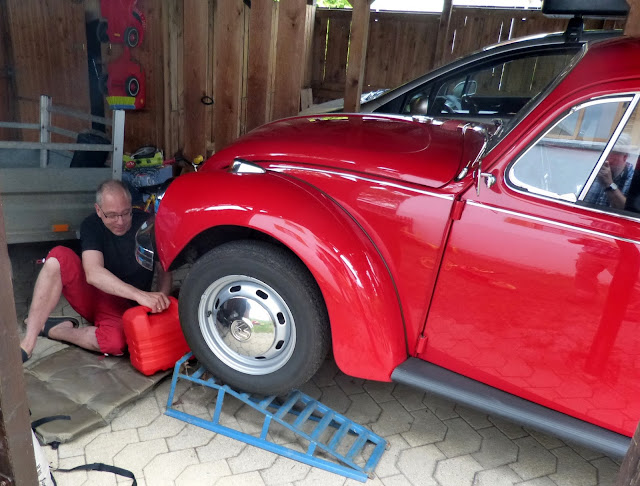 The point of this blog is not to whinge about German autobahns. You get to see a restored 1970 VW and this is Christian repairing a fuel hose that was leaking. 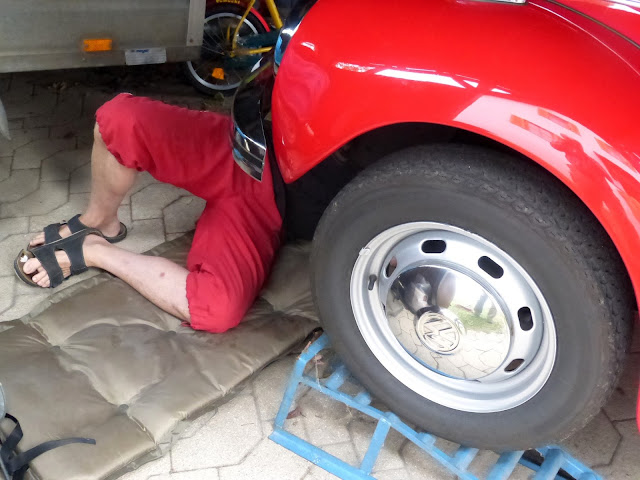 I think he needs more shiny pants to match the gleam of the paint. 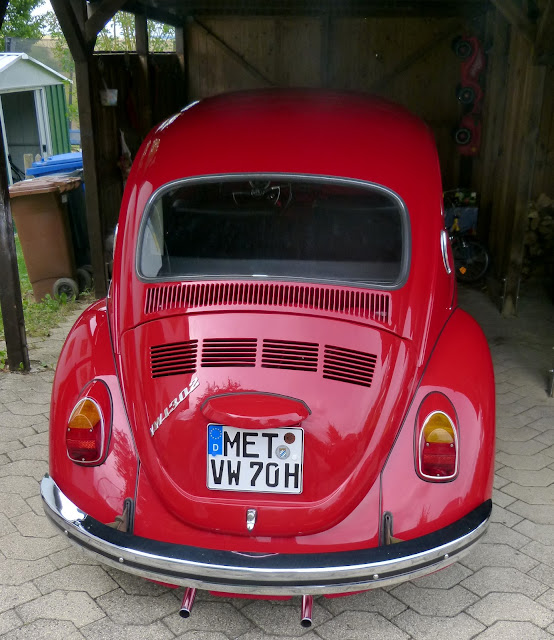 The MET stands for Mellrichstadt. The 70 for 1970 and the H for historic. 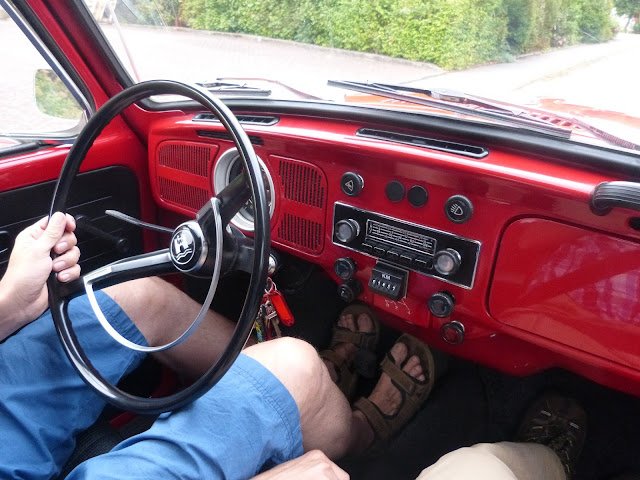 Having fixed the hose, Christian and I set off for a brief tour of the town. Nothing much had changed from when we were there in 2012. The main street repairs had been completed before we left. 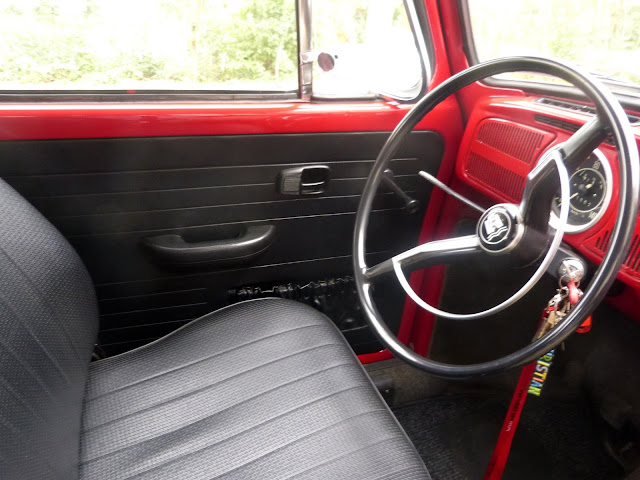 The last time I was in a VW like this was back in the late 70's. back then there was so much exposed metal in the car interiors that you just don't see these days. 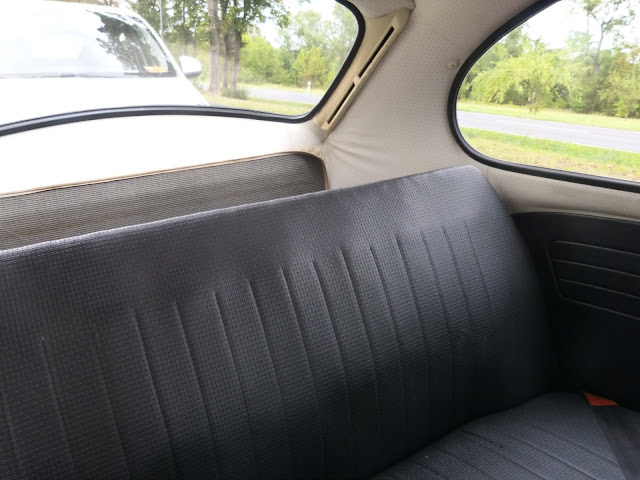 You have to wonder whether all those tales about what could be accomplished in the back seat of a Beetle were true.

A video of the first part of the ride. 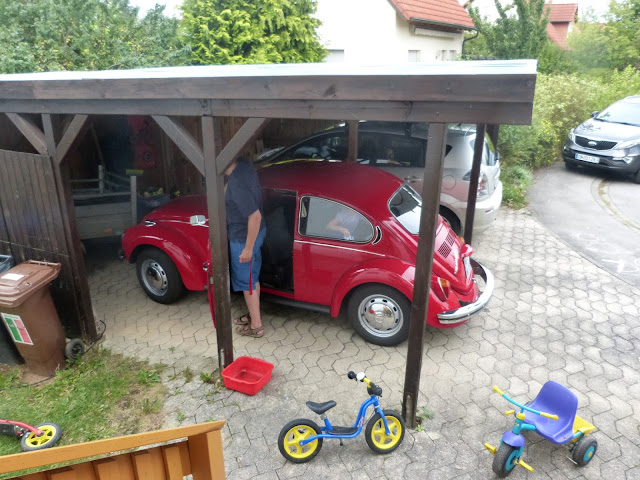 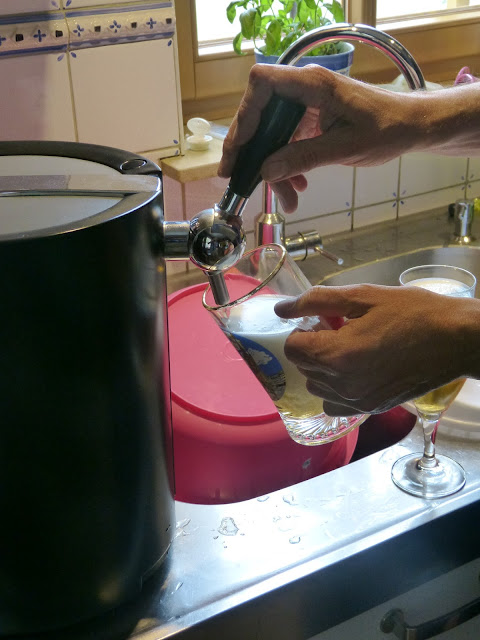 Christian had a machine that served a draft beer. The keg sits inside and the beer comes out perfectly chilled. All very nifty and since this is Germany, very good beer.