After exiting the Beijing Station, I managed to change some money at an ATM across the street from the station. Thinking that I would pamper myself by taking a taxi to the hotel that was only a mile or so from the station, I went to the taxi stand. Unfortunately, the taxi driver I approached wanted 480 yuan ($80) for this short trip. I went to the underground subway and did the trip for 2 yuan ( 30 cents ). It was actually quite easy, even though it was very busy and I found the hotel (Hotel 161) quite easily. They gave me a friendly and smiling reception and my room was quite comfortable. A hot shower felt really good. Really, really, really good.

After the shower, I fired up the net-book and discovered the Great Firewall problem with Google.

Our train gang had arranged to meet for dinner at entrance A to a subway station three down from my subway station. About ten minutes the appointed time, I emerged at exit A to find that none of them were there. I hung around for forty minutes not knowing what to do. Had I made a mistake with the subway name? Despondently, I headed back to the hotel. It turned out that I had come down on line 5 and they traveled on line 2. Each line had it's own exit A that was separate from the other, even though it was the same station. We should have just arranged to meet at the Novatel hotel where by coincidence, both Rob and John were staying.

So what was I going to eat for dinner? I went to a Hotpot place across the road from the hotel. 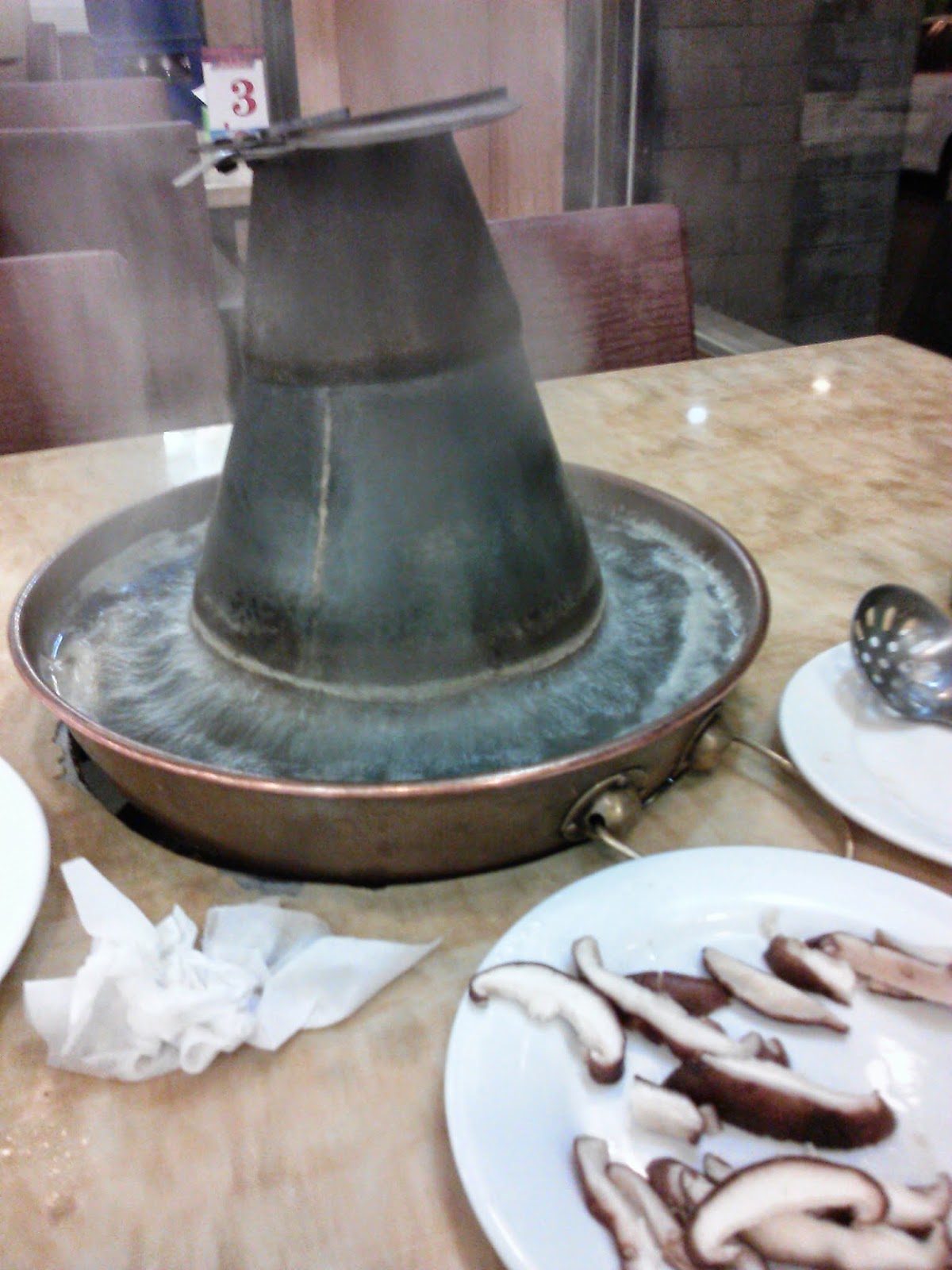 A hotpot turned out to be this hot chimney affair that kept the water boiling hot. Into this I dipped thin slices of beef and some sort of dumpling ball that was frozen but puffed up when left to float in the water. You dipped them in a bowl of special sauce. There was a bowl of mushrooms on the side. It wasn't bad washed down with yet another cold beer, but I wouldn't say it was the best thing I have ever eaten.