Ho Chi Minh City - a walk near my AirBnb

When I was planning this trip I heard about AirBnb and decided that I would try to use them instead of hotels which would give me a chance to talk to the locals. For countries such as Russia, China and Vietnam where I thought it might be easier to get my visa I used hotels. 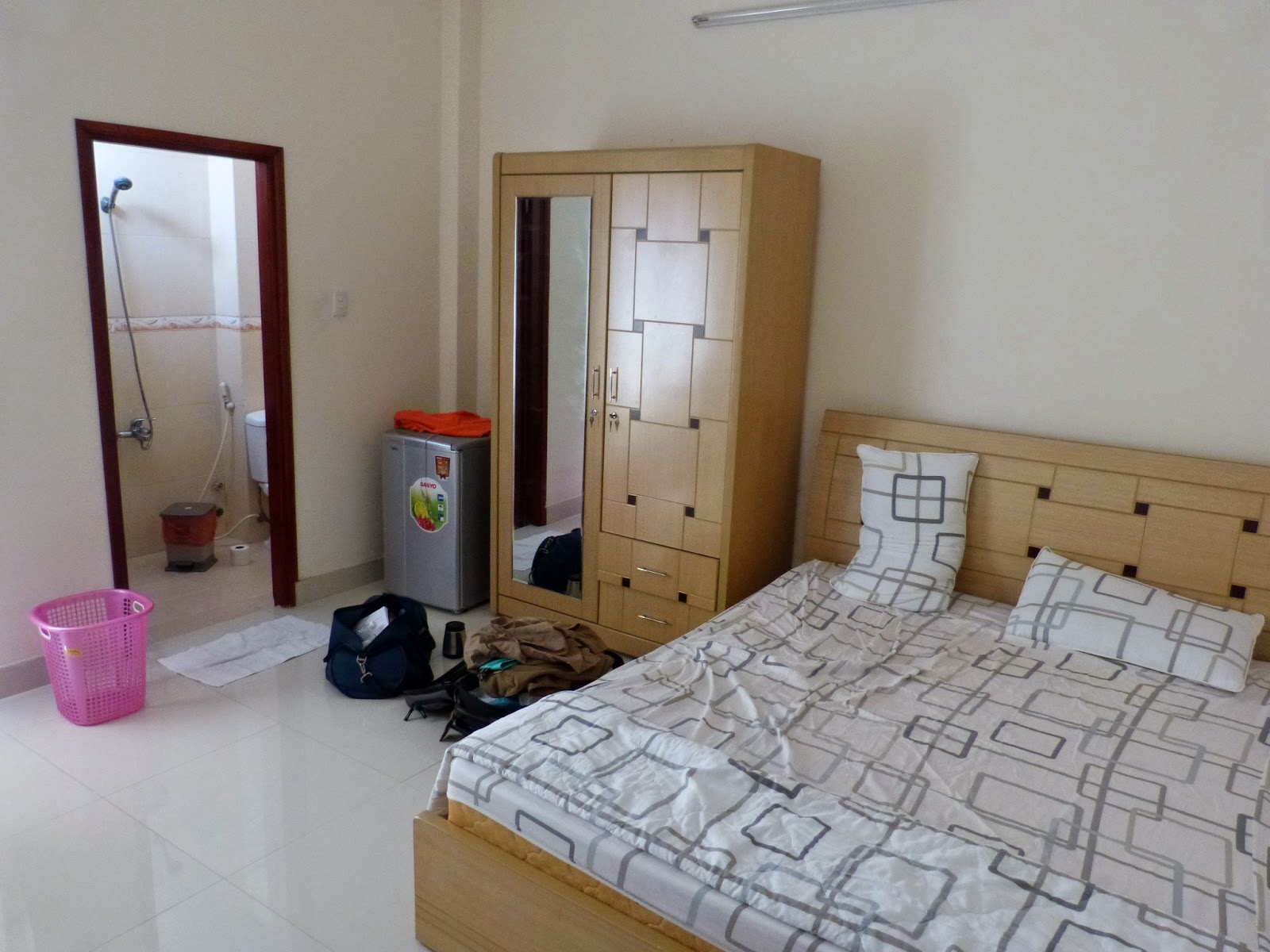 My AirBnb room. The air-conditioning is most welcome and my hosts are very friendly. After sending messages to my family saying that I had arrived safely, I went to bed and slept for about four hours. 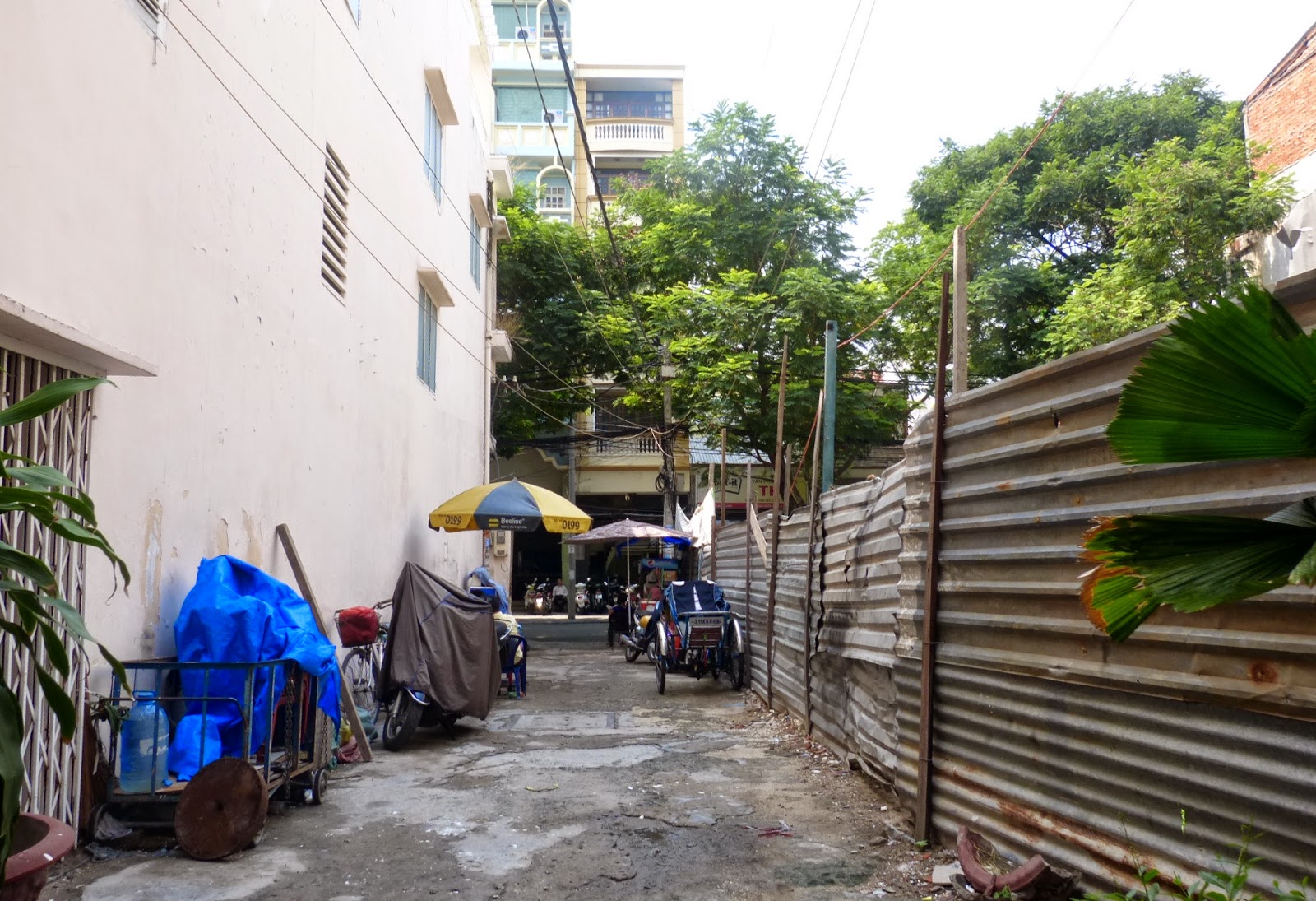 I was anxious to get out to explore for a while before it got too hot. The lane to the street. 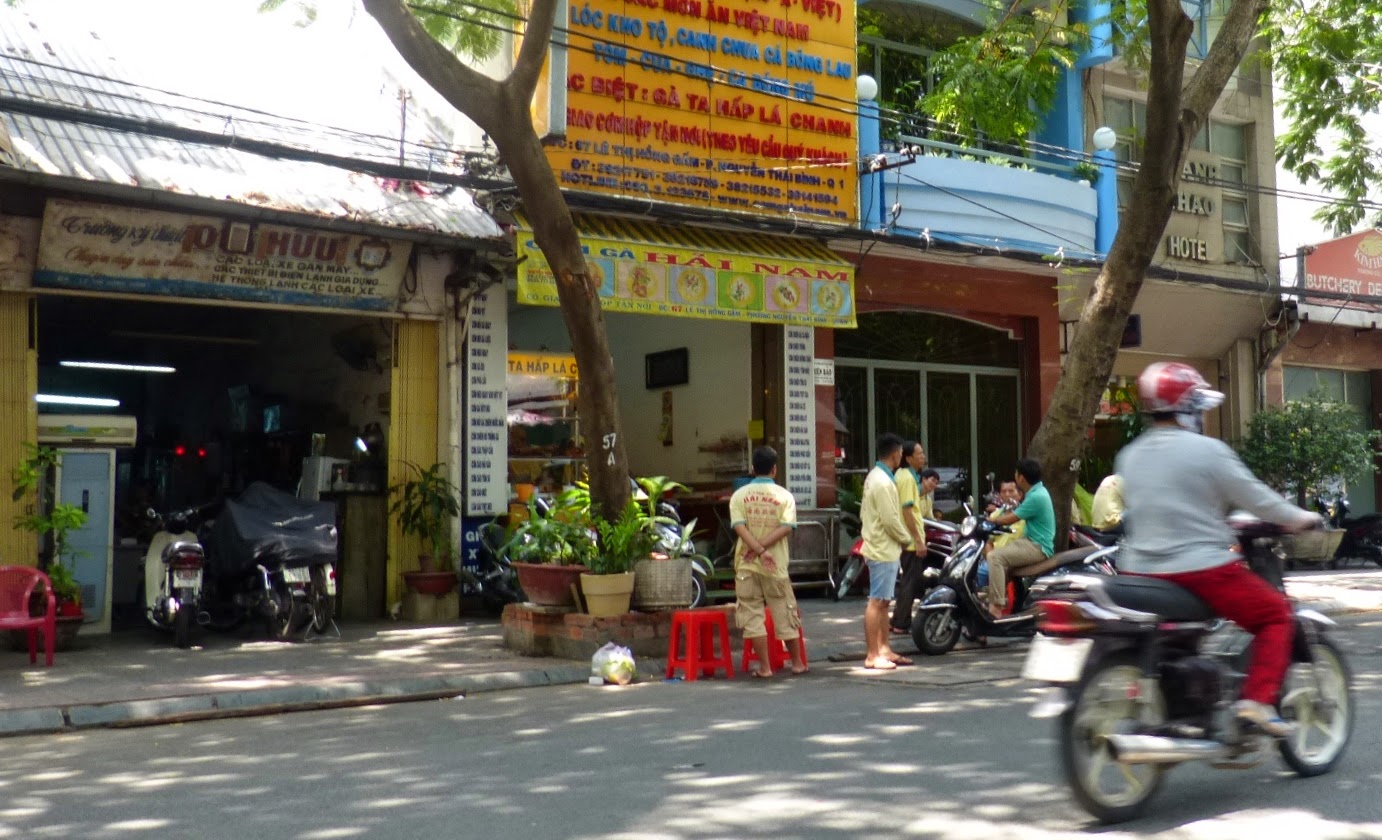 The streets are wider here than in the Old Quarter in Hanoi so it doesn't feel quite as hectic. 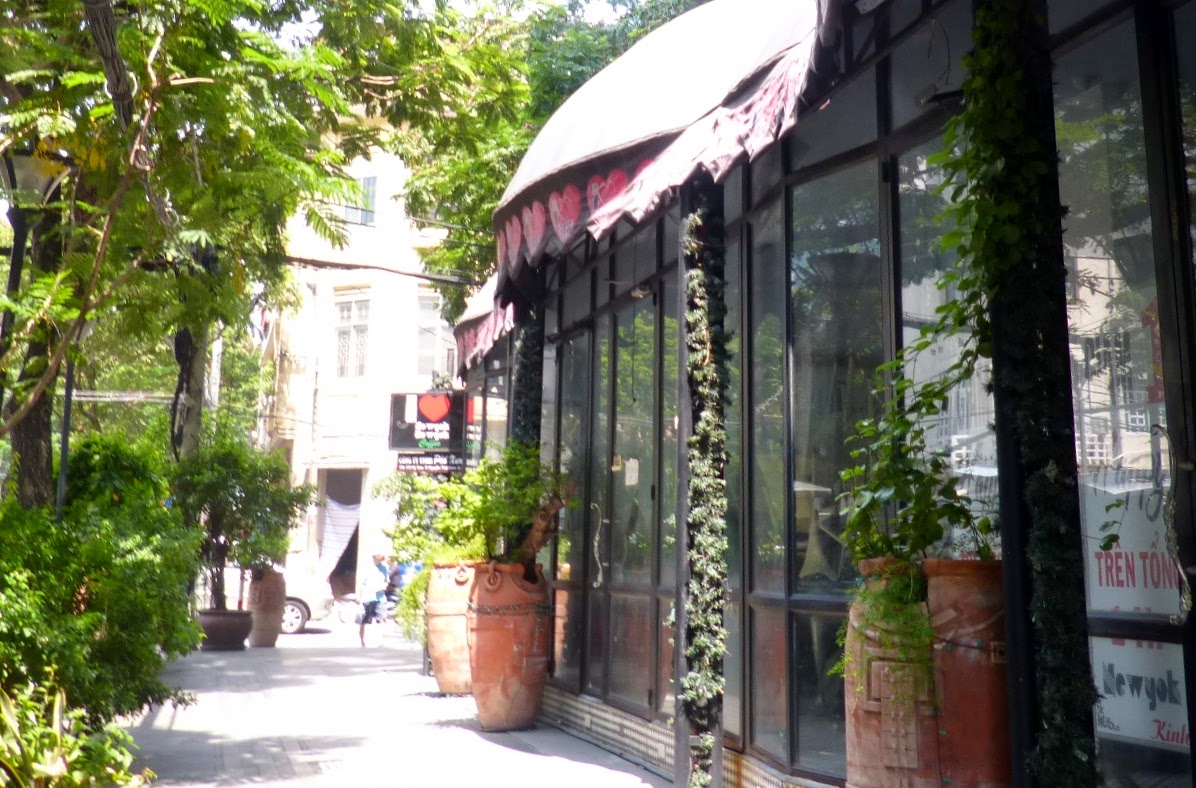 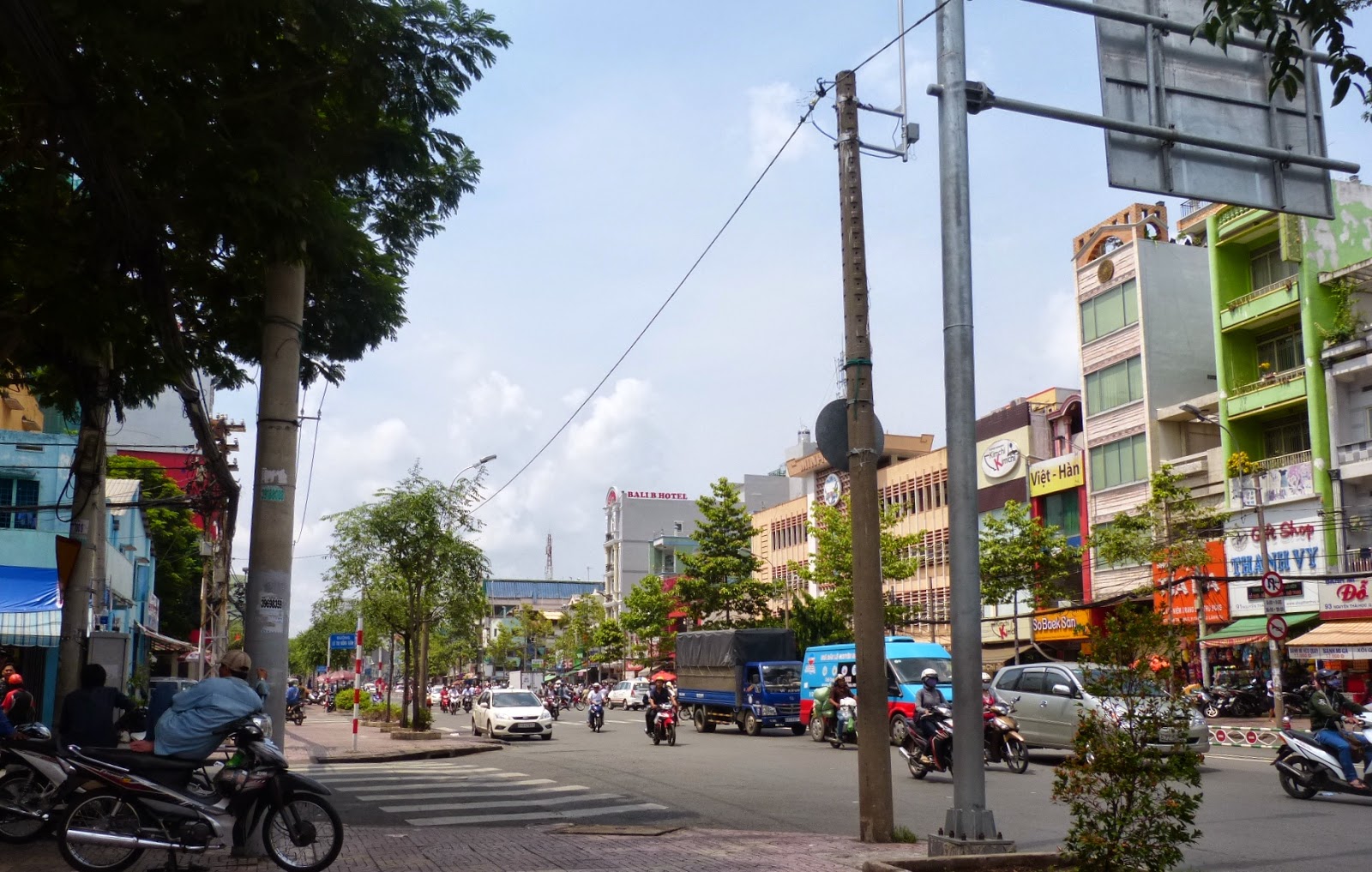 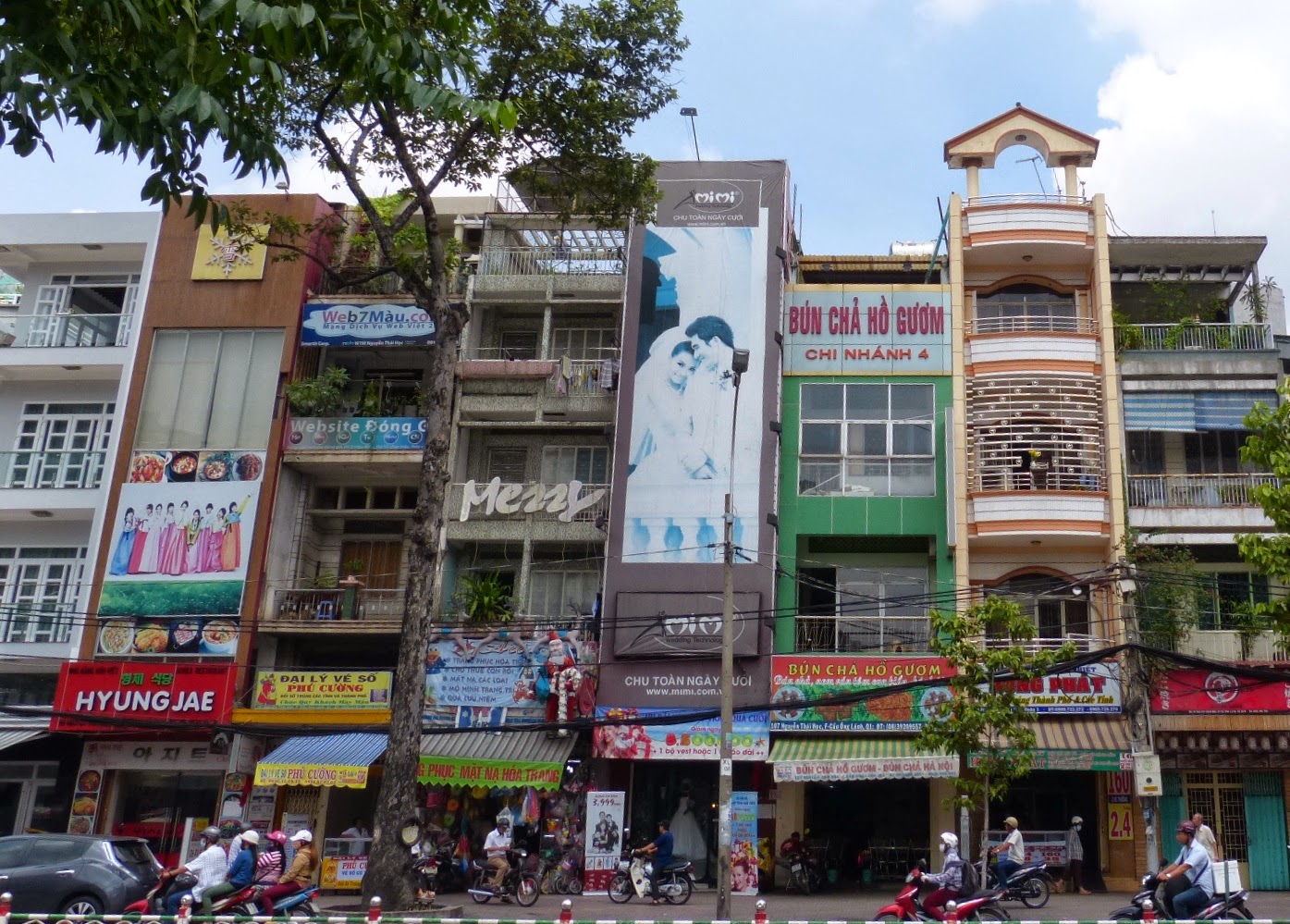 The narrow style of building is common here as well as Hanoi. 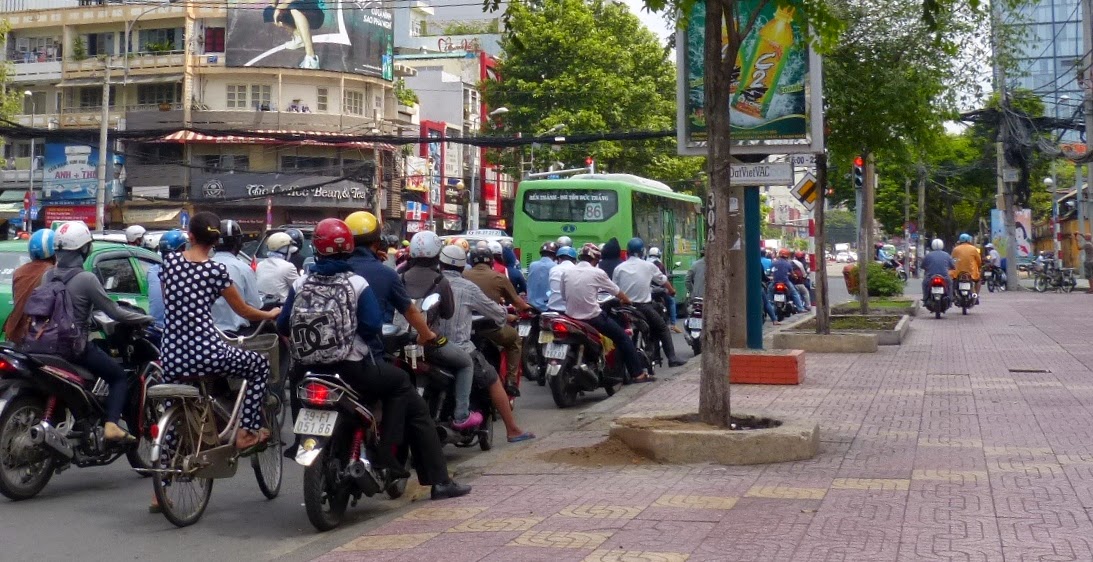 There are more scooters here but it is easier to cross streets here than in Hanoi. 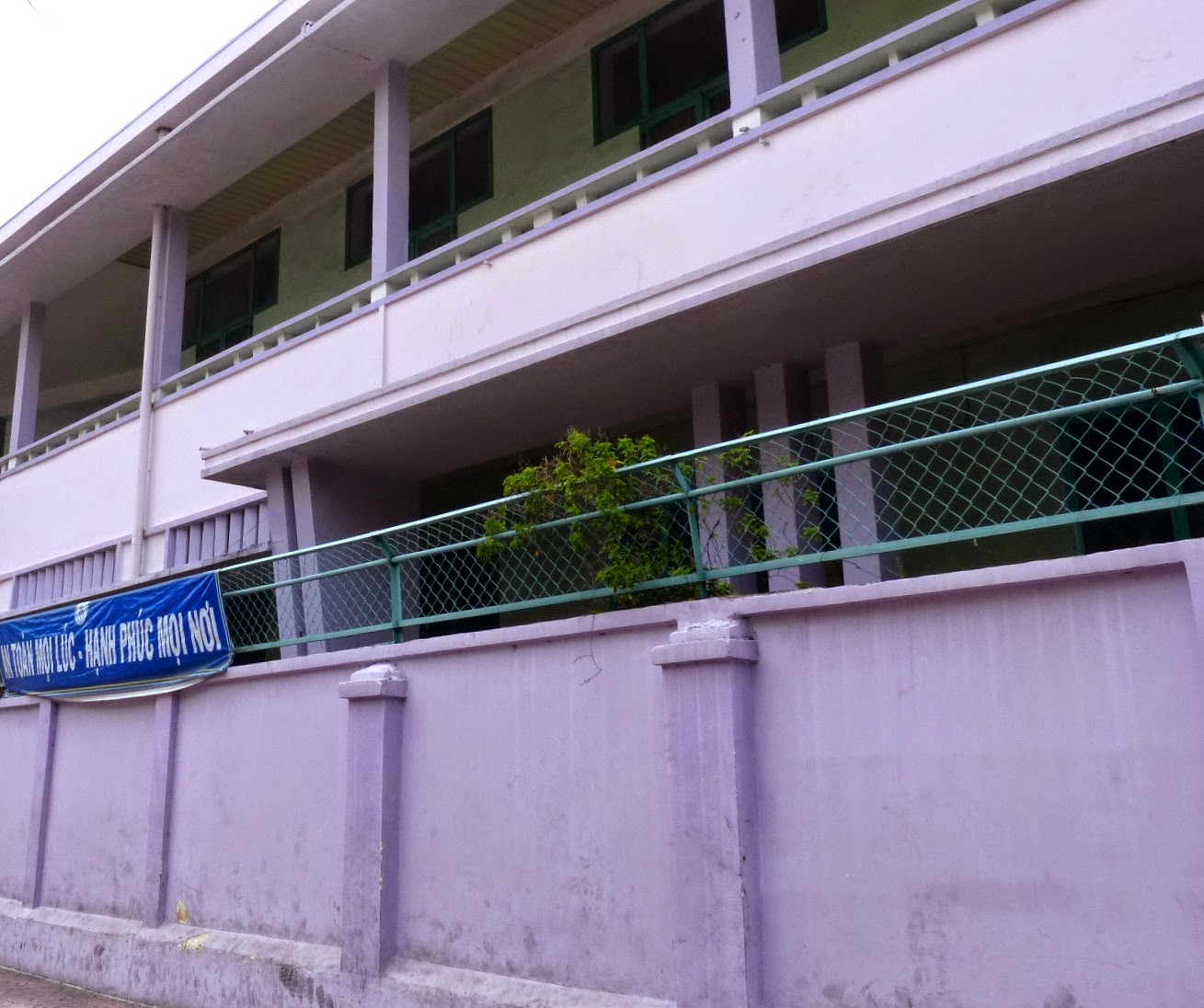 I was intrigued by the purple wall. It turned out to be a school. 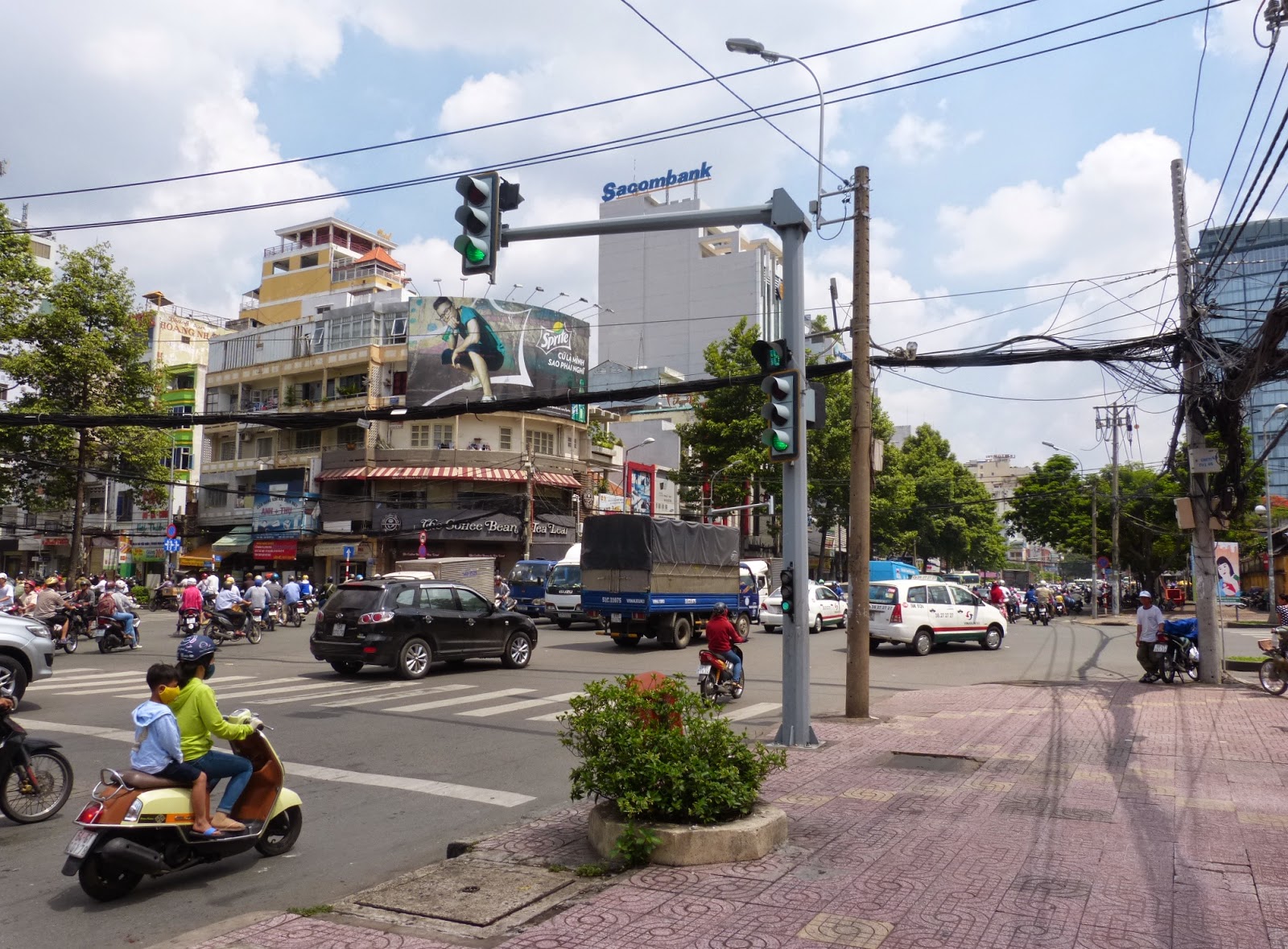 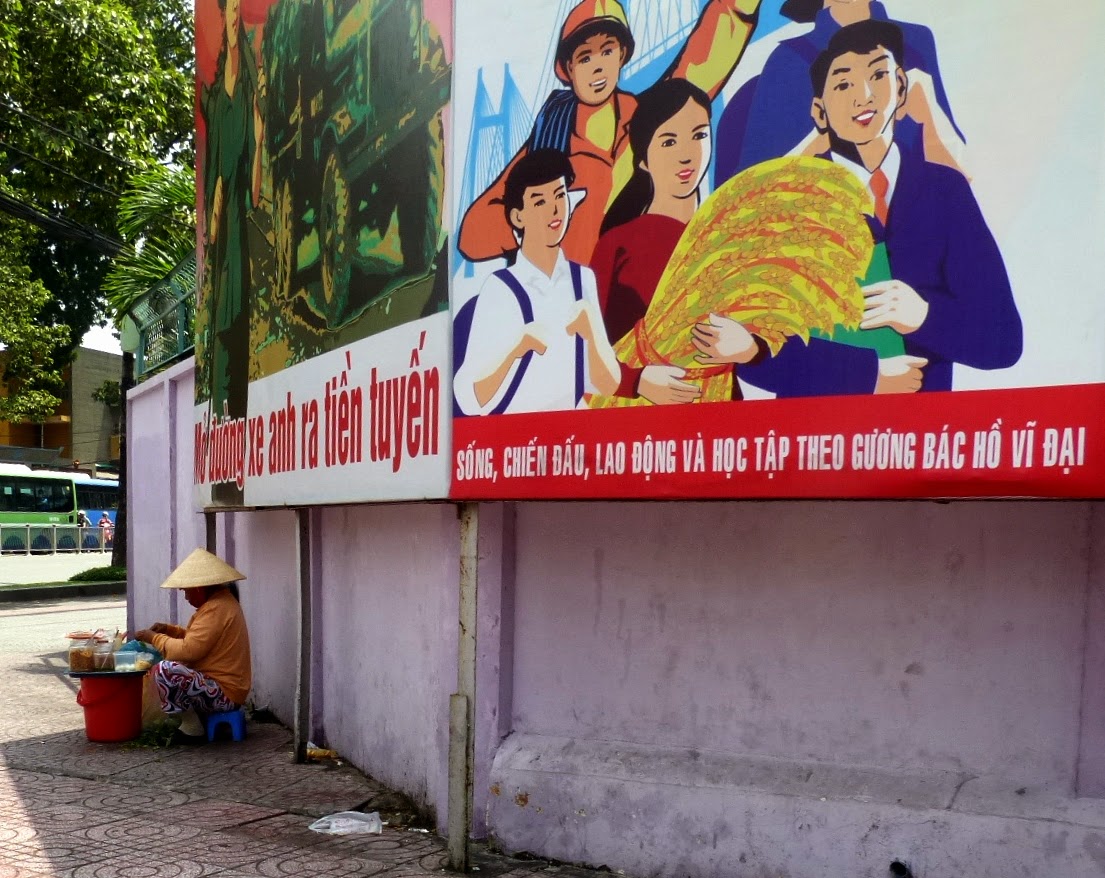 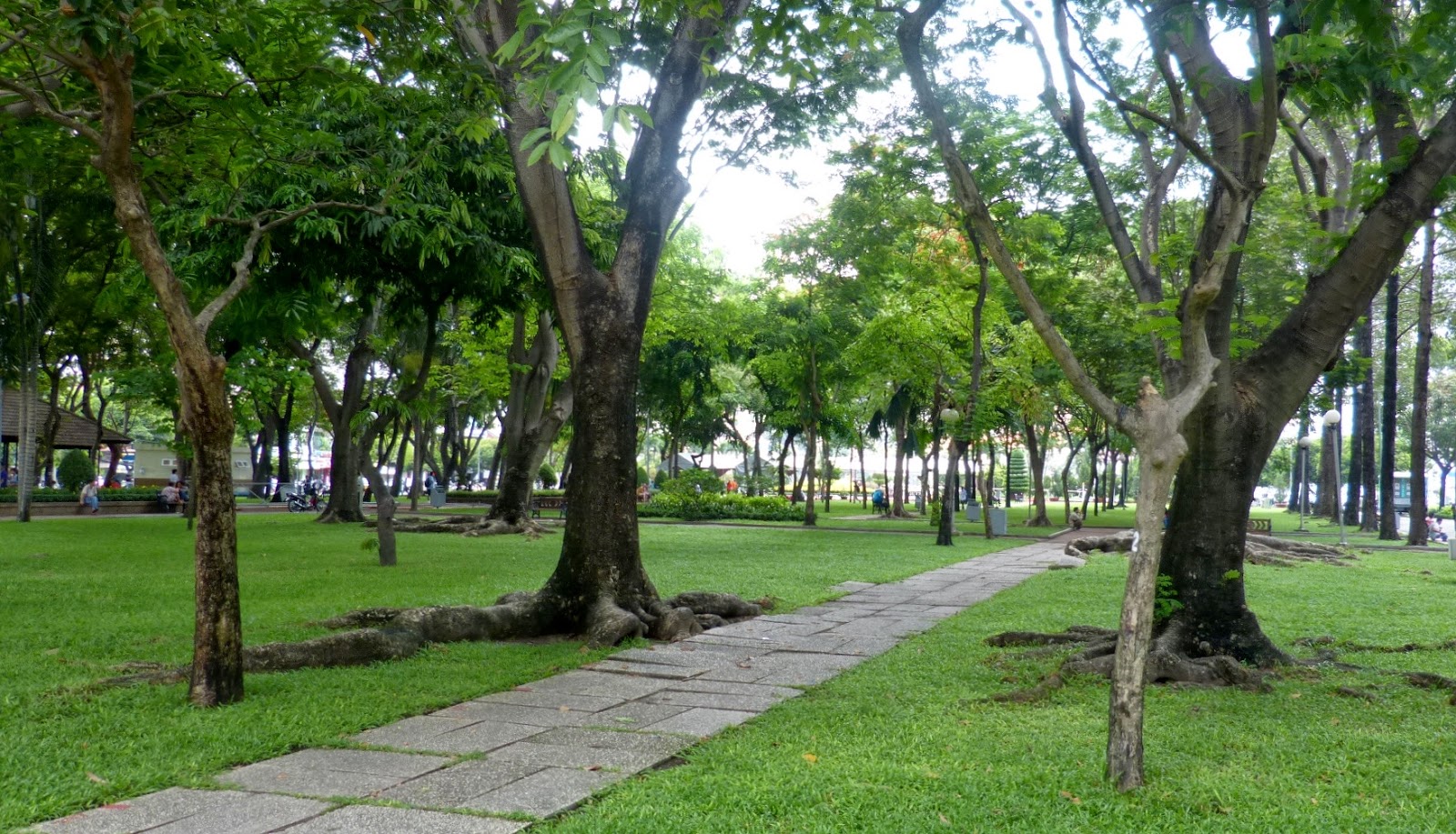 There is a park near the AirBnb so I decided to walk through it.

Children's play area but it was not being used. 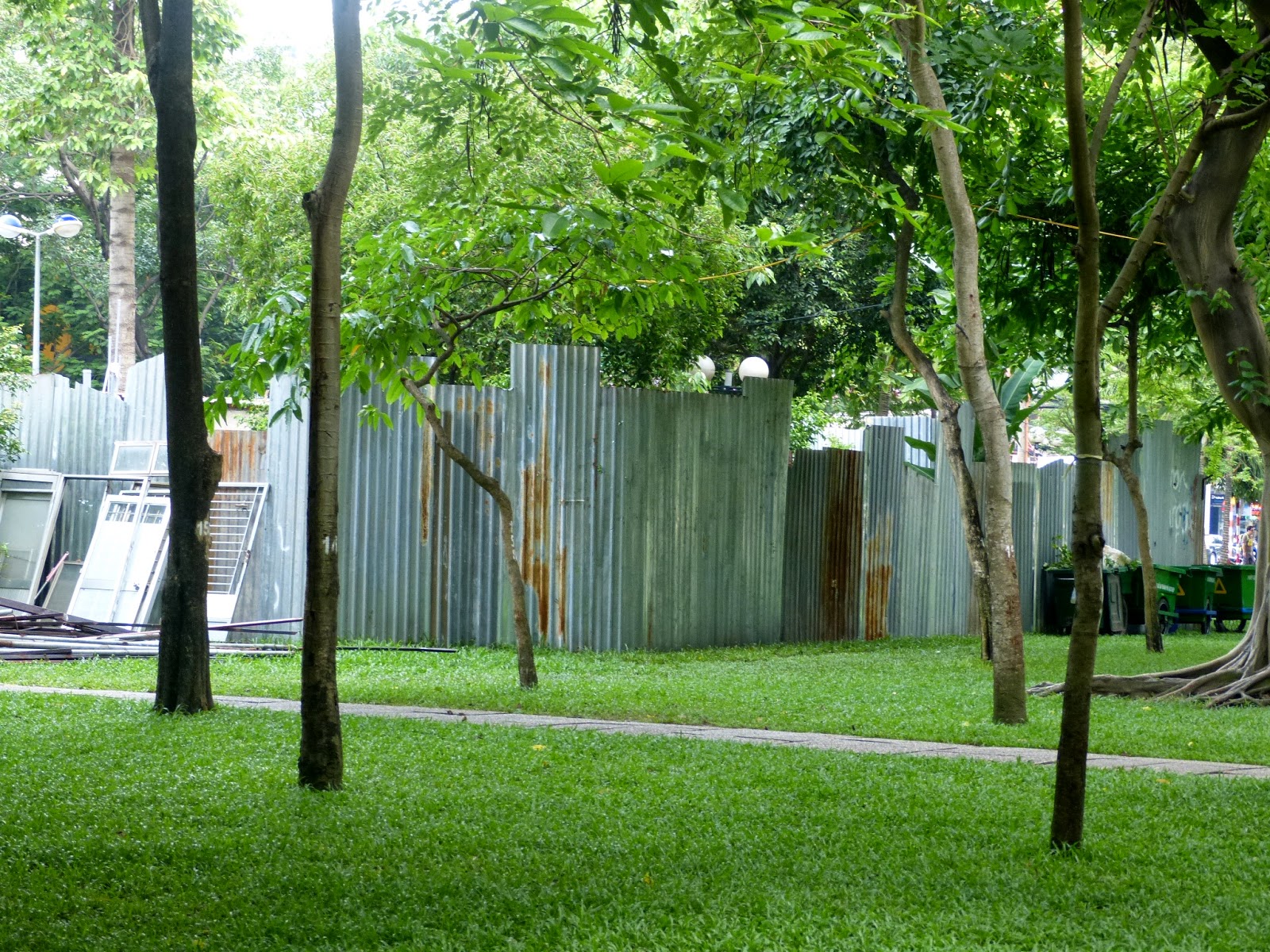 Some sort of storage / work area in the park. 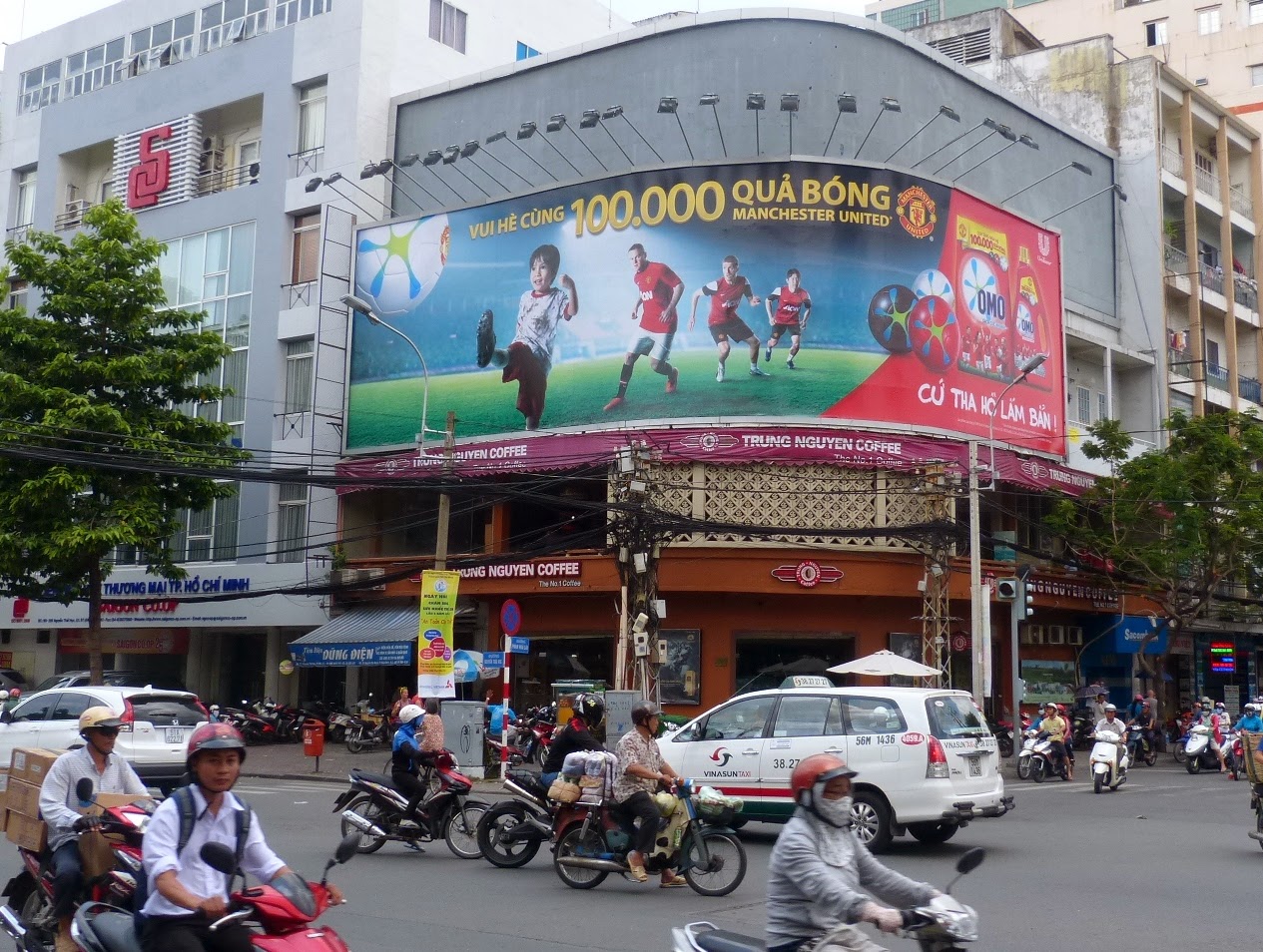 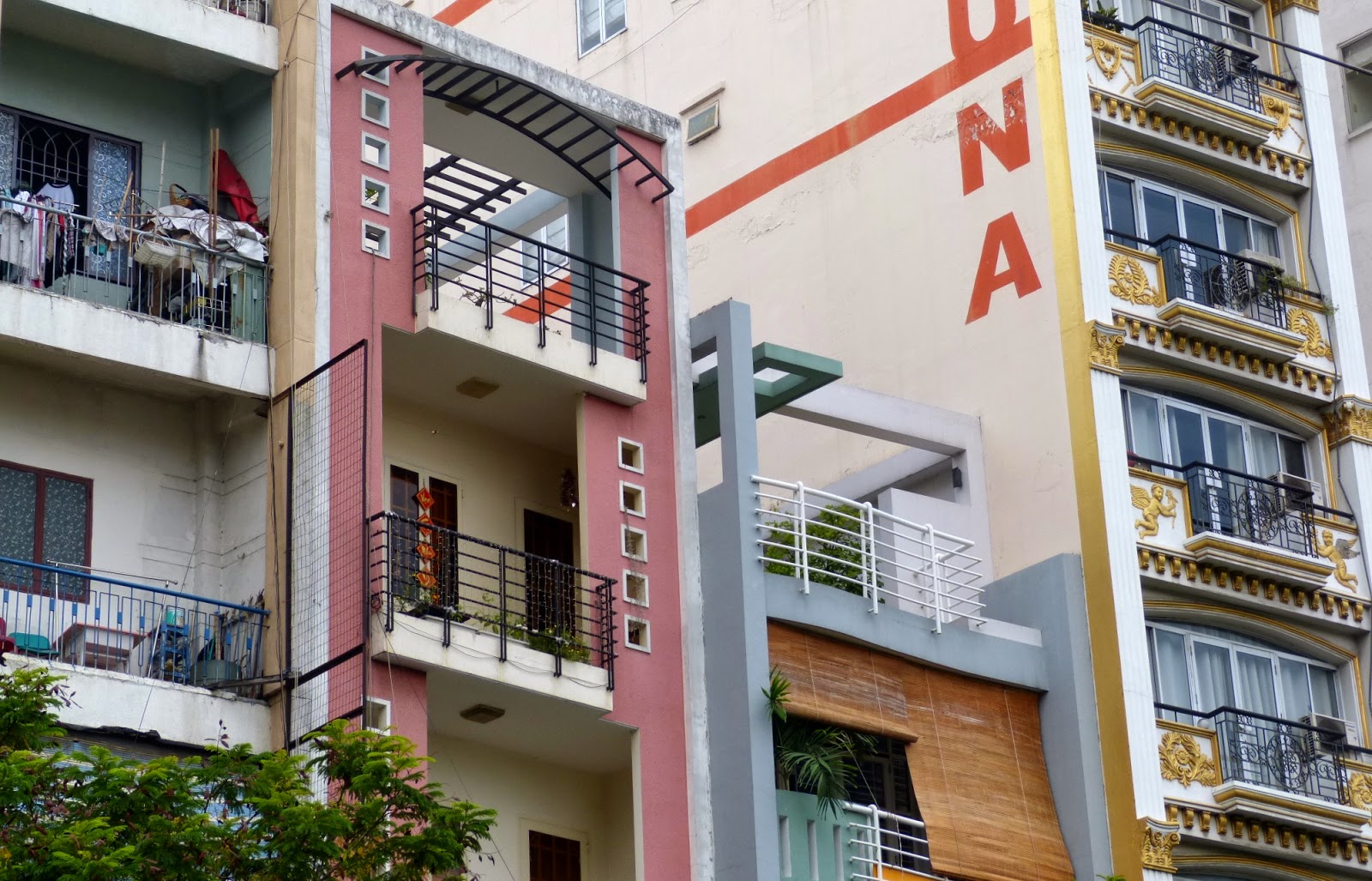 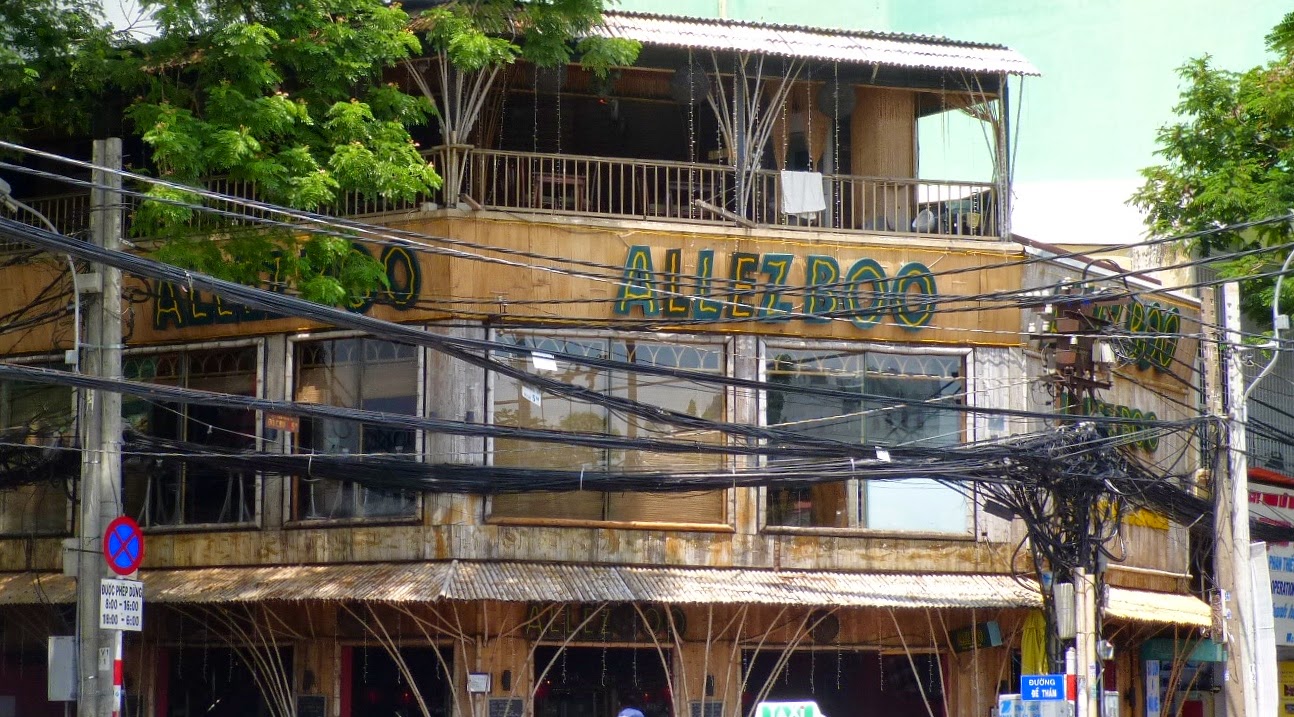 This bar looked like it was straight from the 60's. 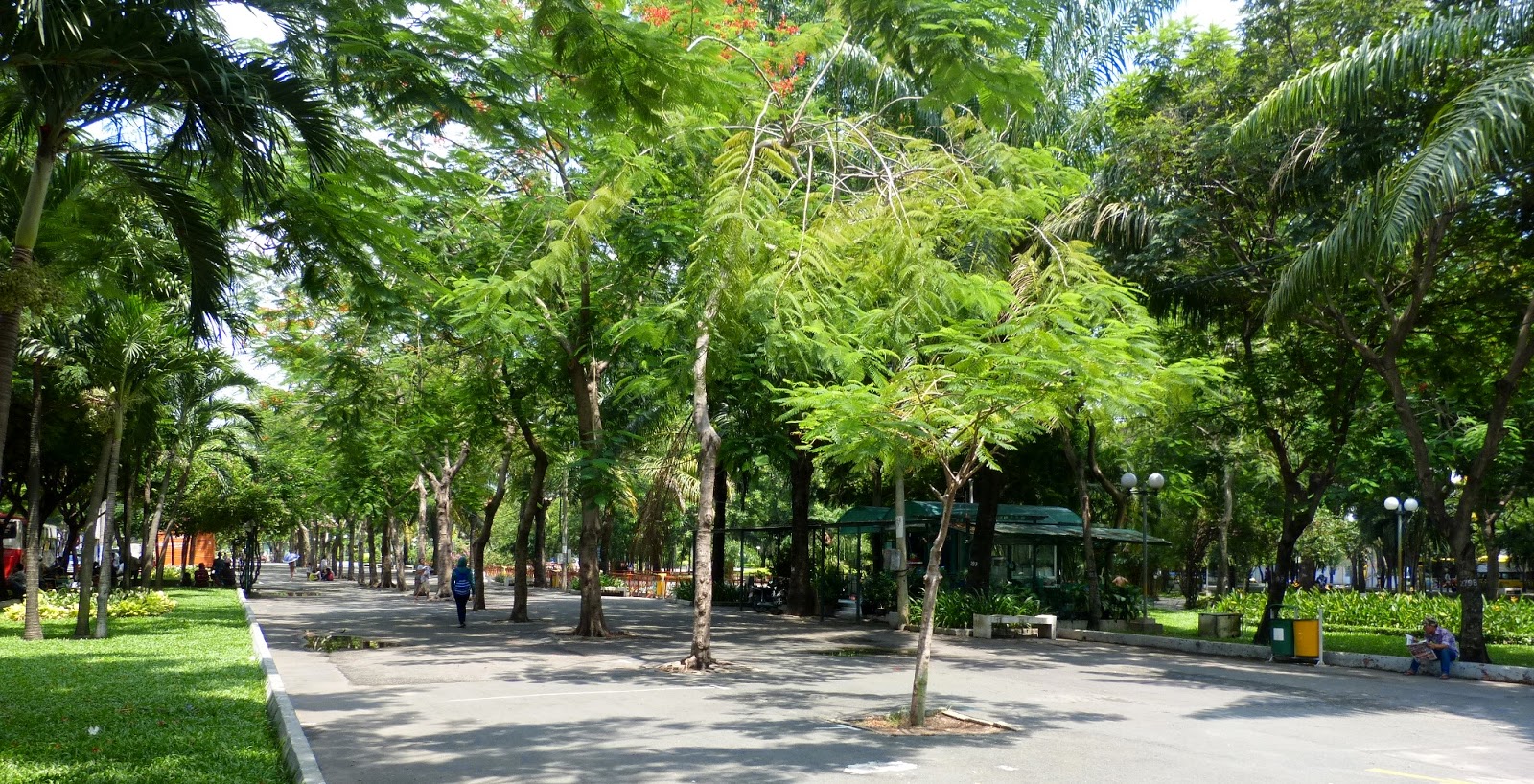 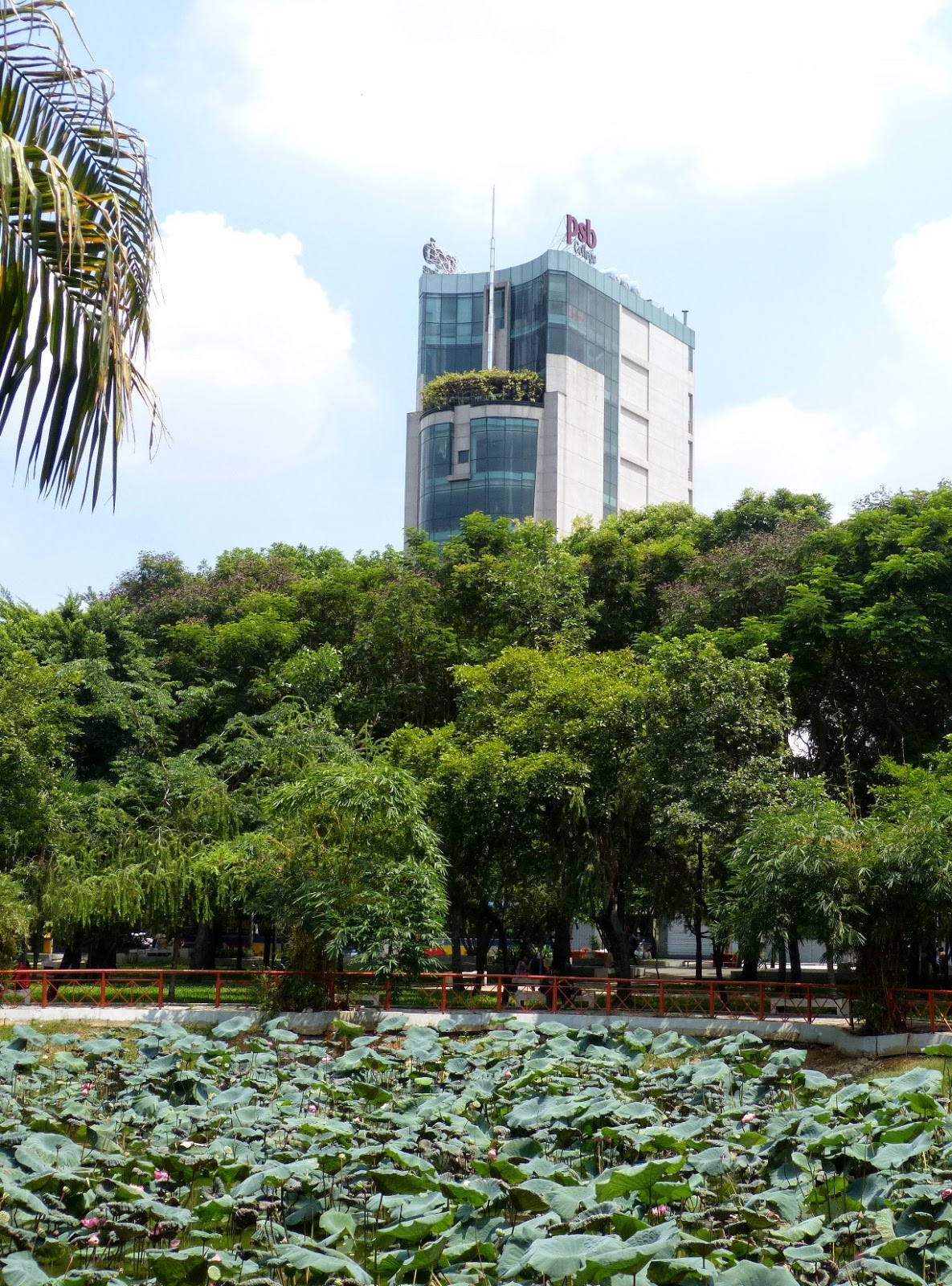 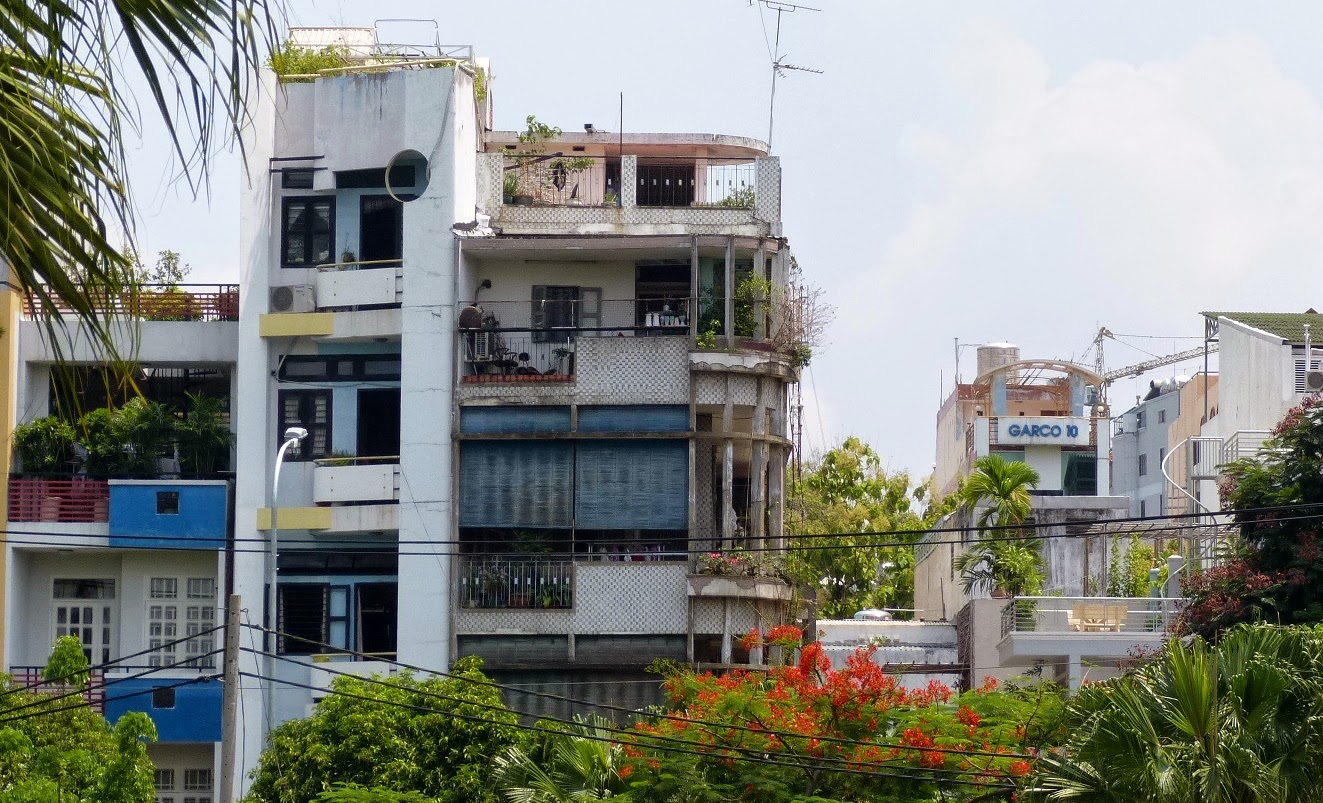 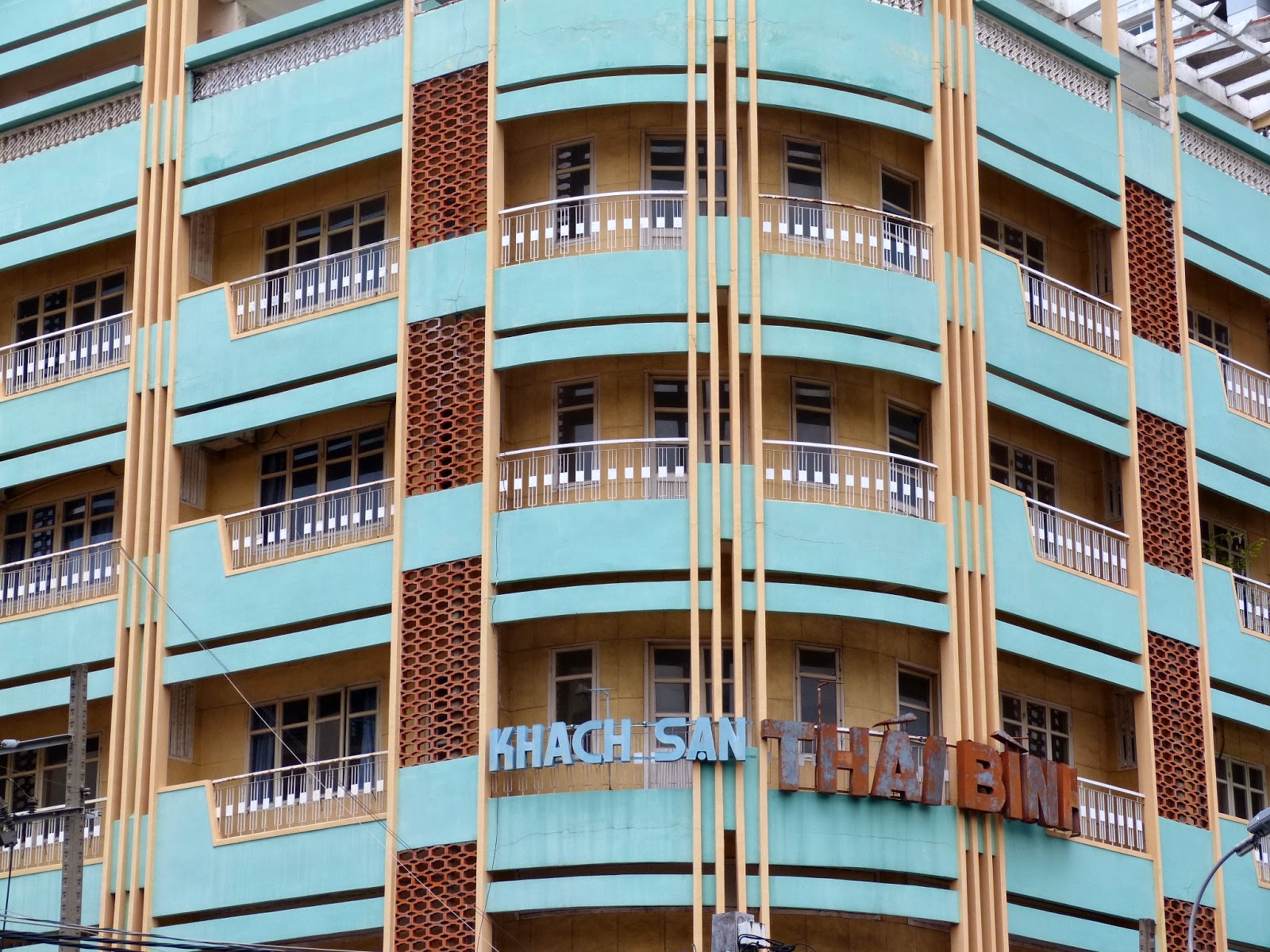 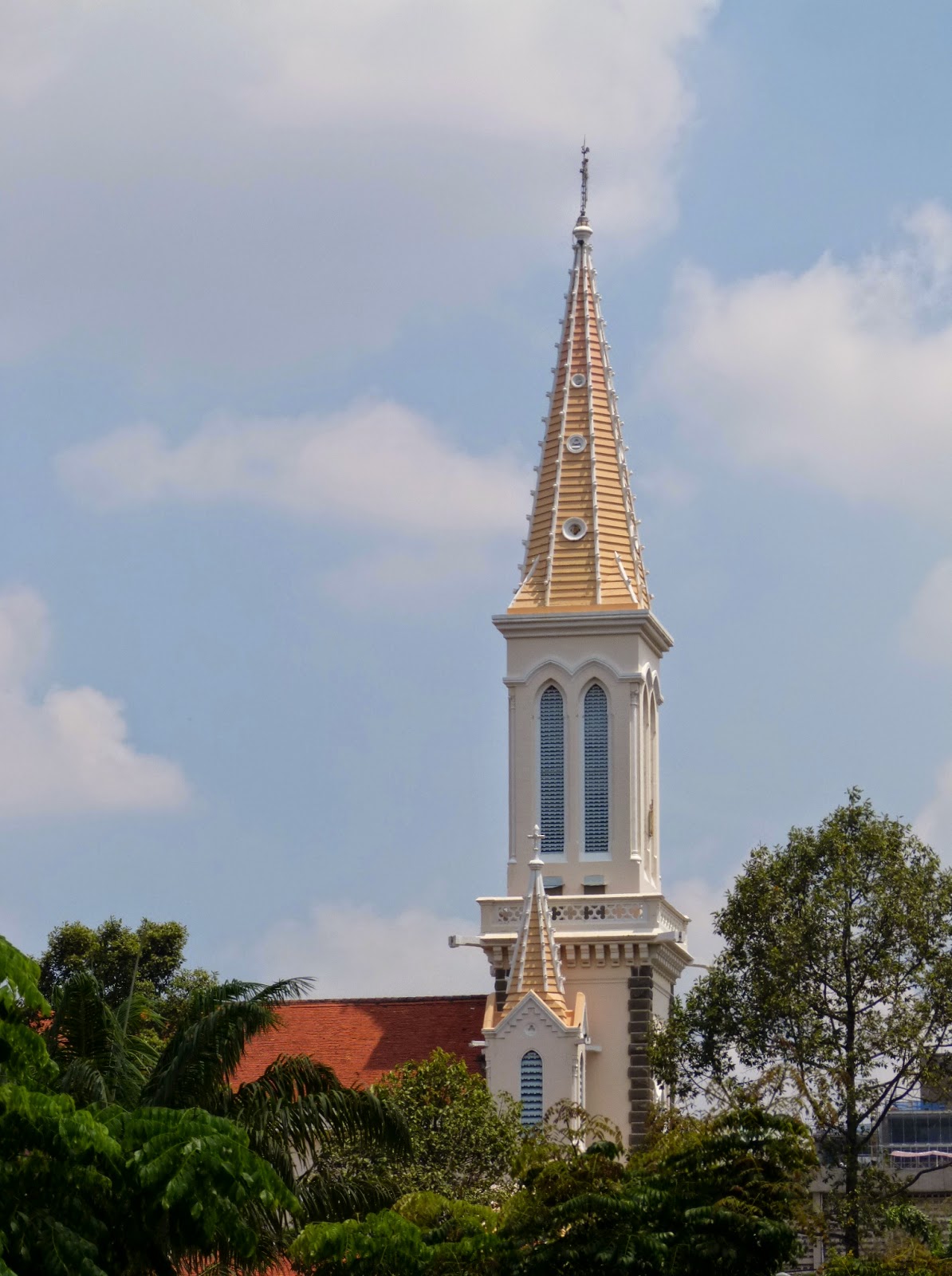 This really looked incongruous in an Asian city. 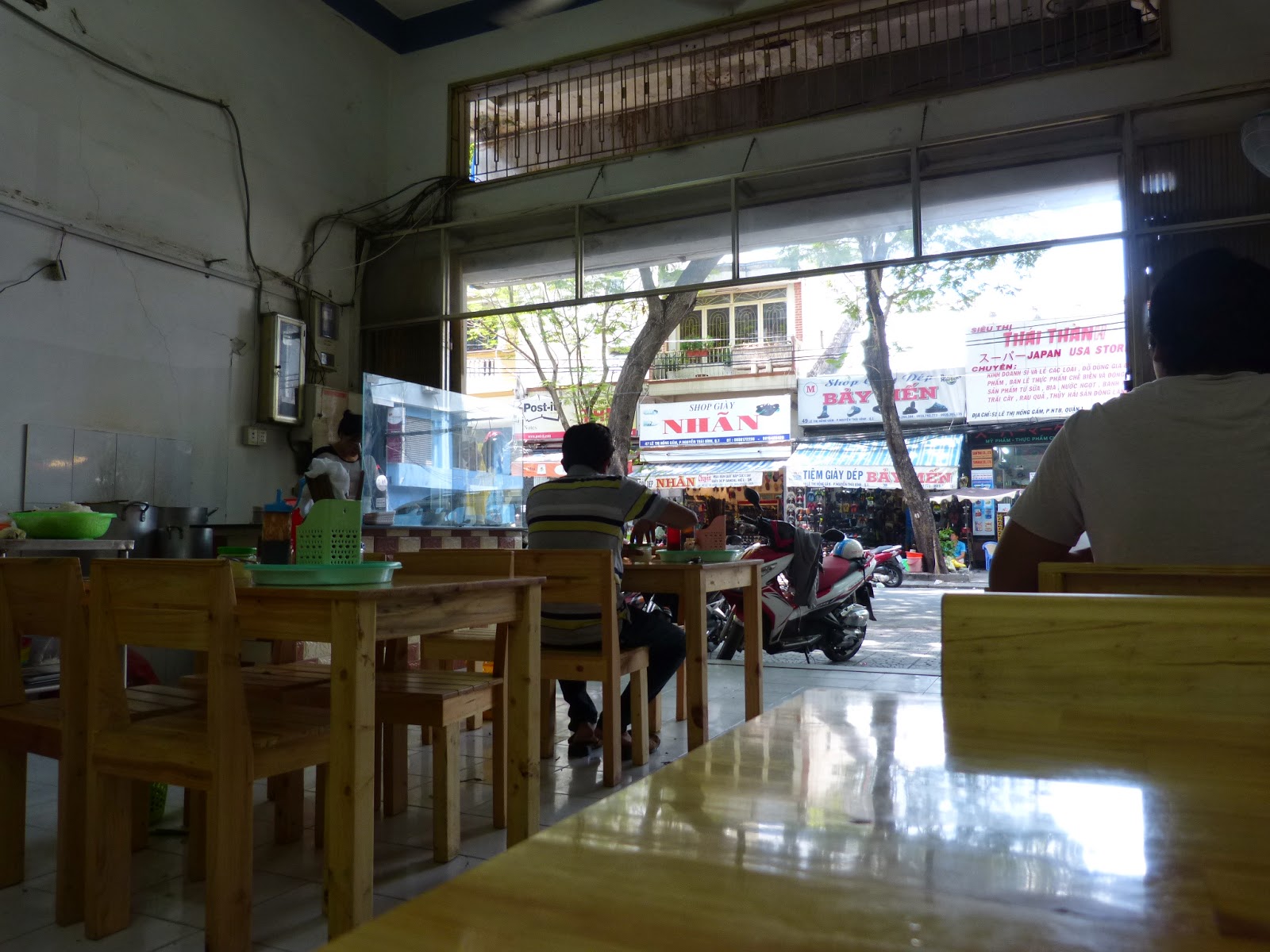 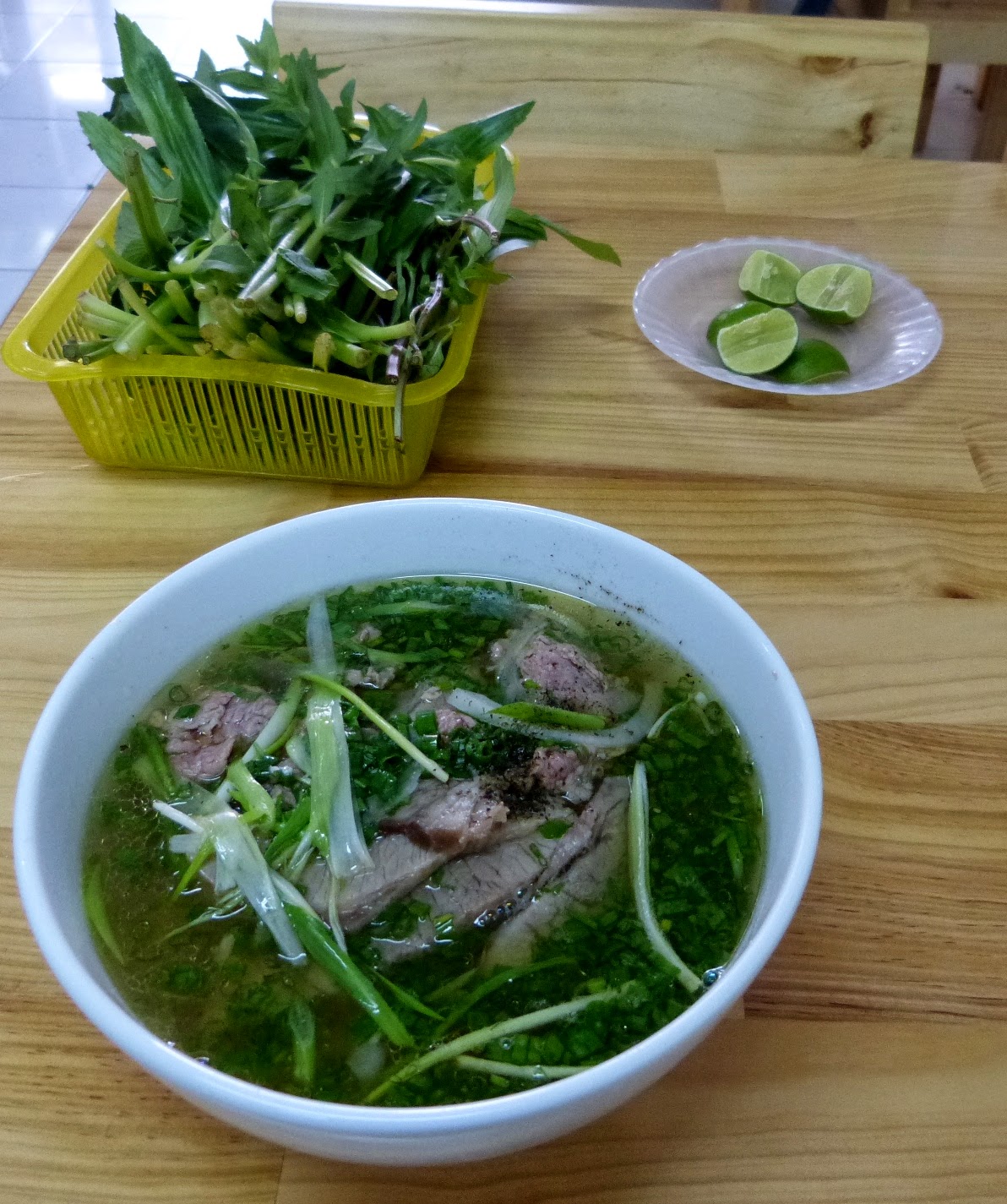 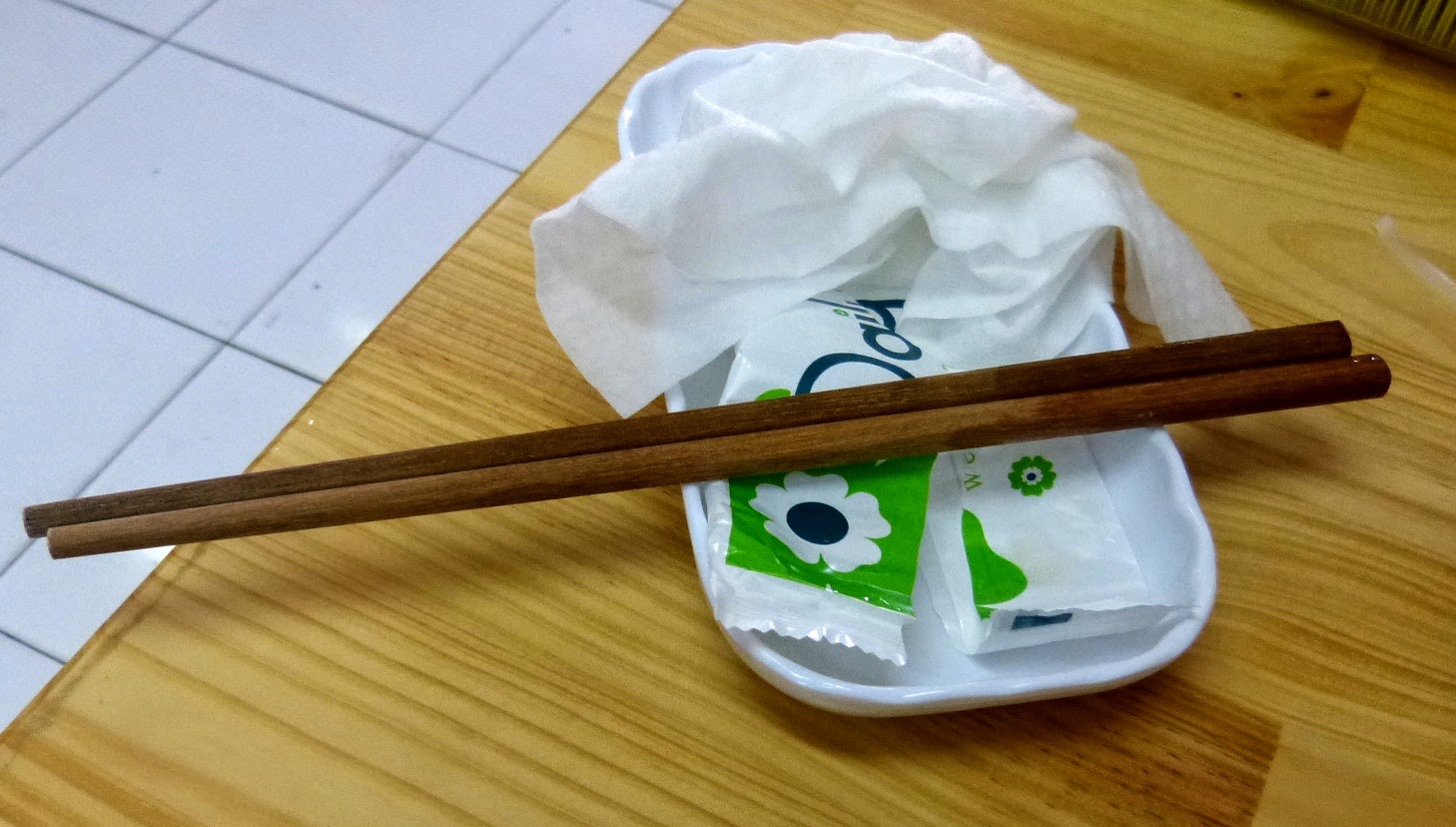 Since I had not had any breakfast, I had a pho about 11:30 from a restaurant near the AirBnb. It was delicious.

The eagle-eyed among you might have noticed that I used the wrong end of the chop sticks. However, I have worked out that the increased surface area makes it easier for a novice like me to pick up the food this way. 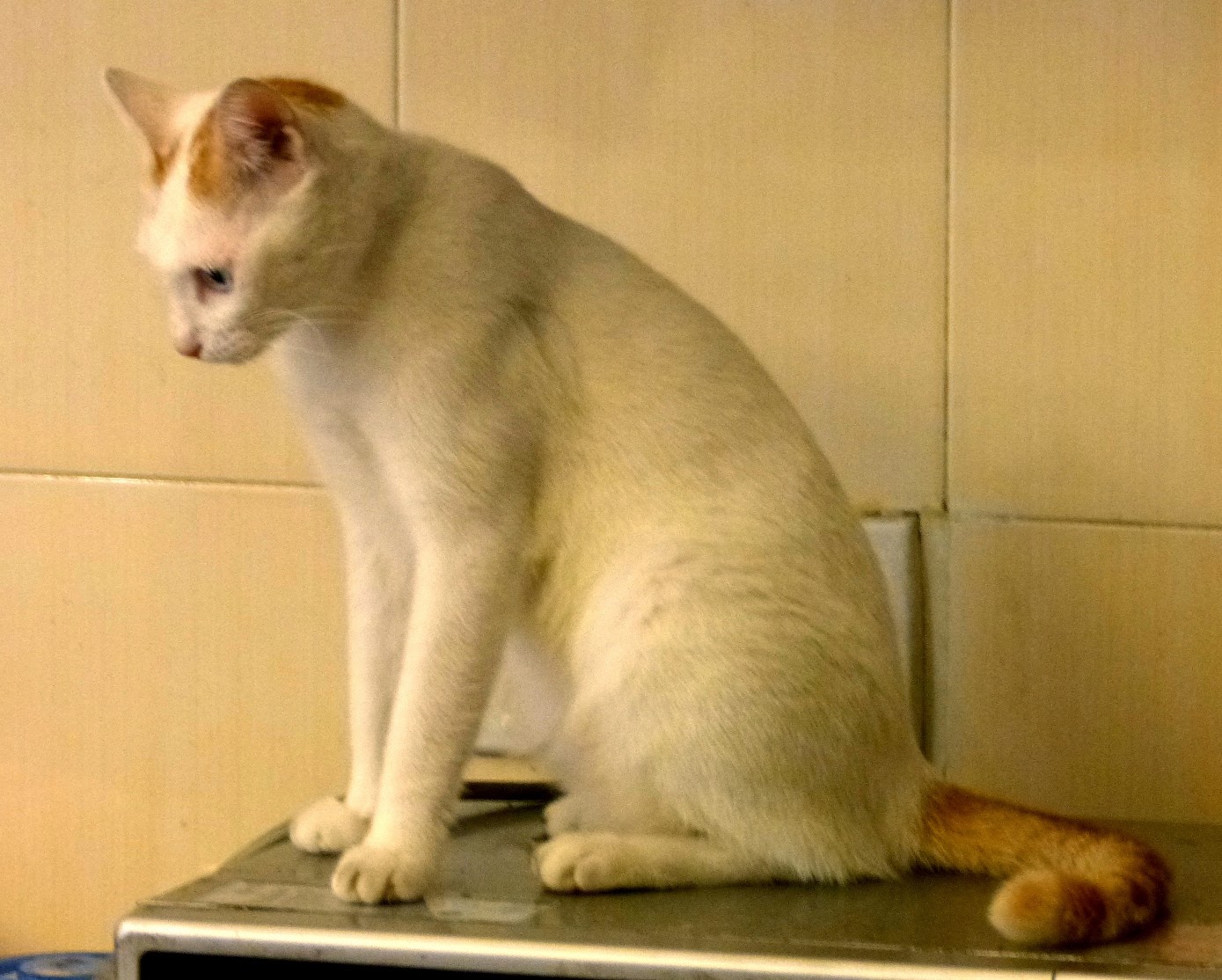 One of the cats at the bnb.

I had a conversation with the older sister of my host in the kitchen. The mother was preparing their lunch so I was given some fried rice. I asked if sometime I could take some photos of the mother preparing a meal. The older sister asked the mother who was surprised by the request but agreed so on Saturday at 10:30 she will prepare the Saturday lunch meal and I will watch and take photos. It should be fun.