I came down to the kitchen at 11 am as requested to find that the meal was virtually prepared. It looked and smelled delicious. 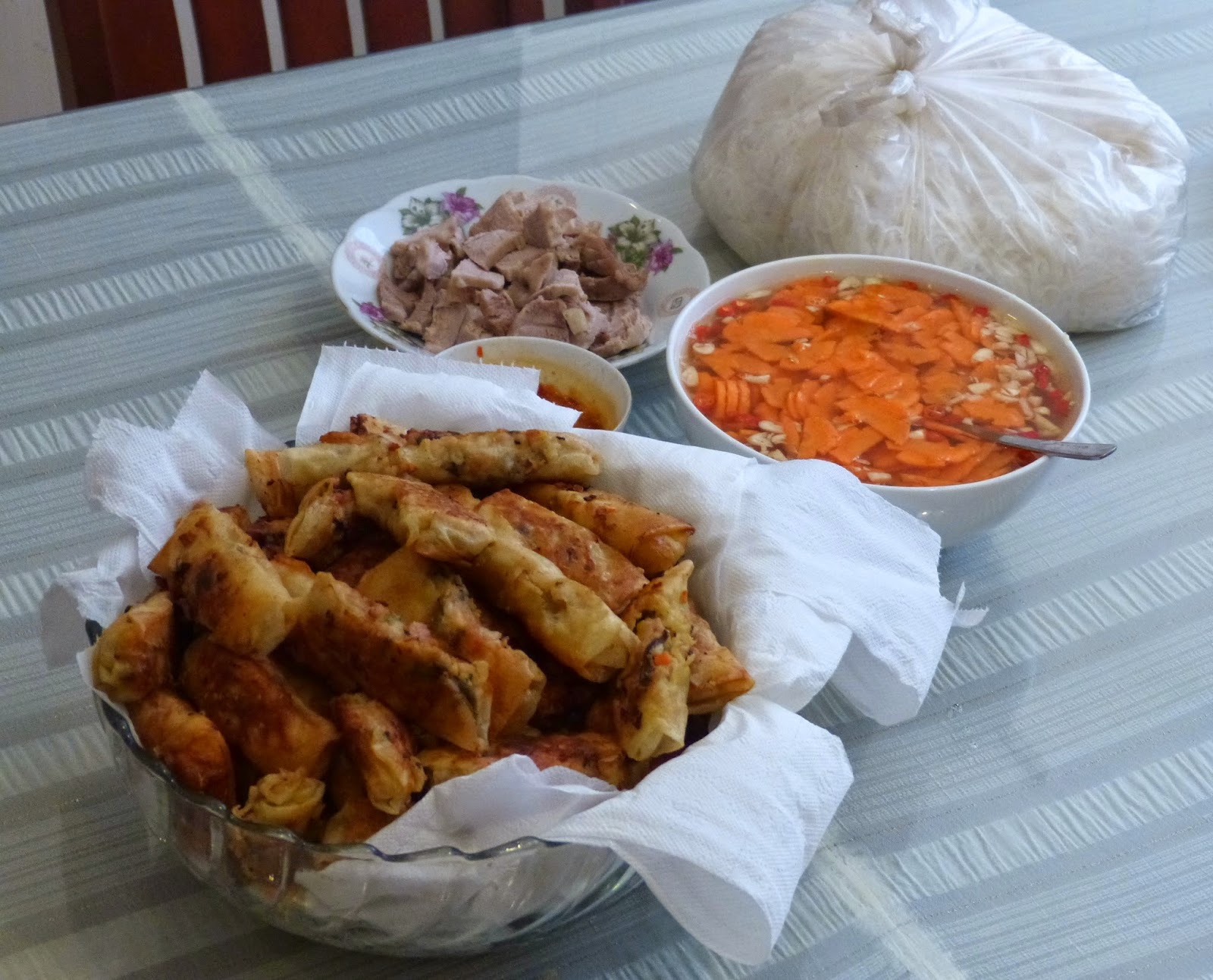 Vania's father had prepared the spring rolls in the front. From what I can make out, he took the rice paper rectangles and rolled up a ground pork and various vegetables mix and then quickly fried them. Wow, were they good. They didn't even need a special dipping sauce. Robin, your task is to find a pack of the rice paper before I get to Sydney. I would like to try making these.

Behind the rolls was sliced carrot in some sort of broth. I forgot to ask what it was but I suspect it was based on rice wine. 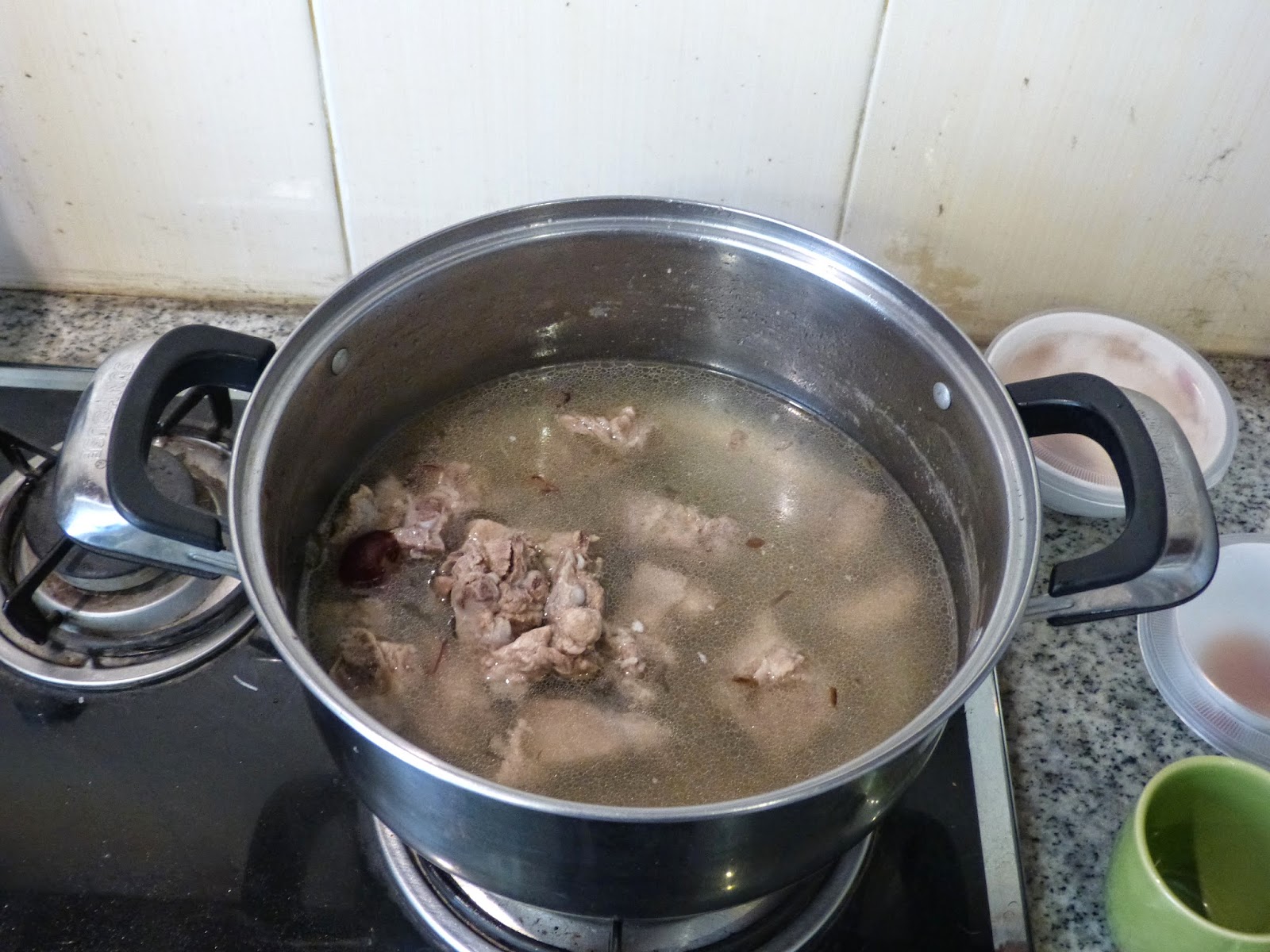 More meat simmering.Vegetables and some sort of flat noodle were added and we had this after stuffing ourselves with the spring rolls. 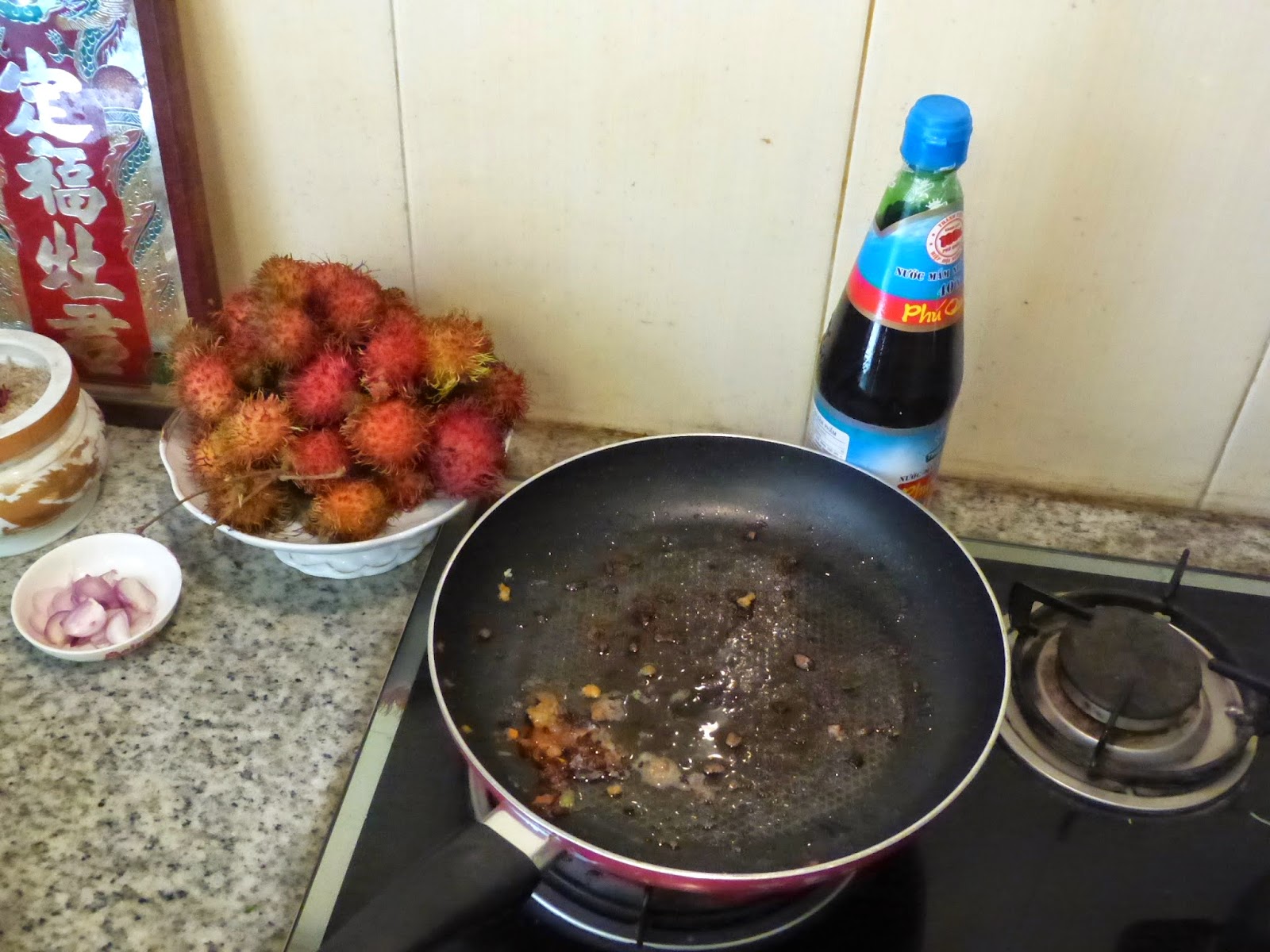 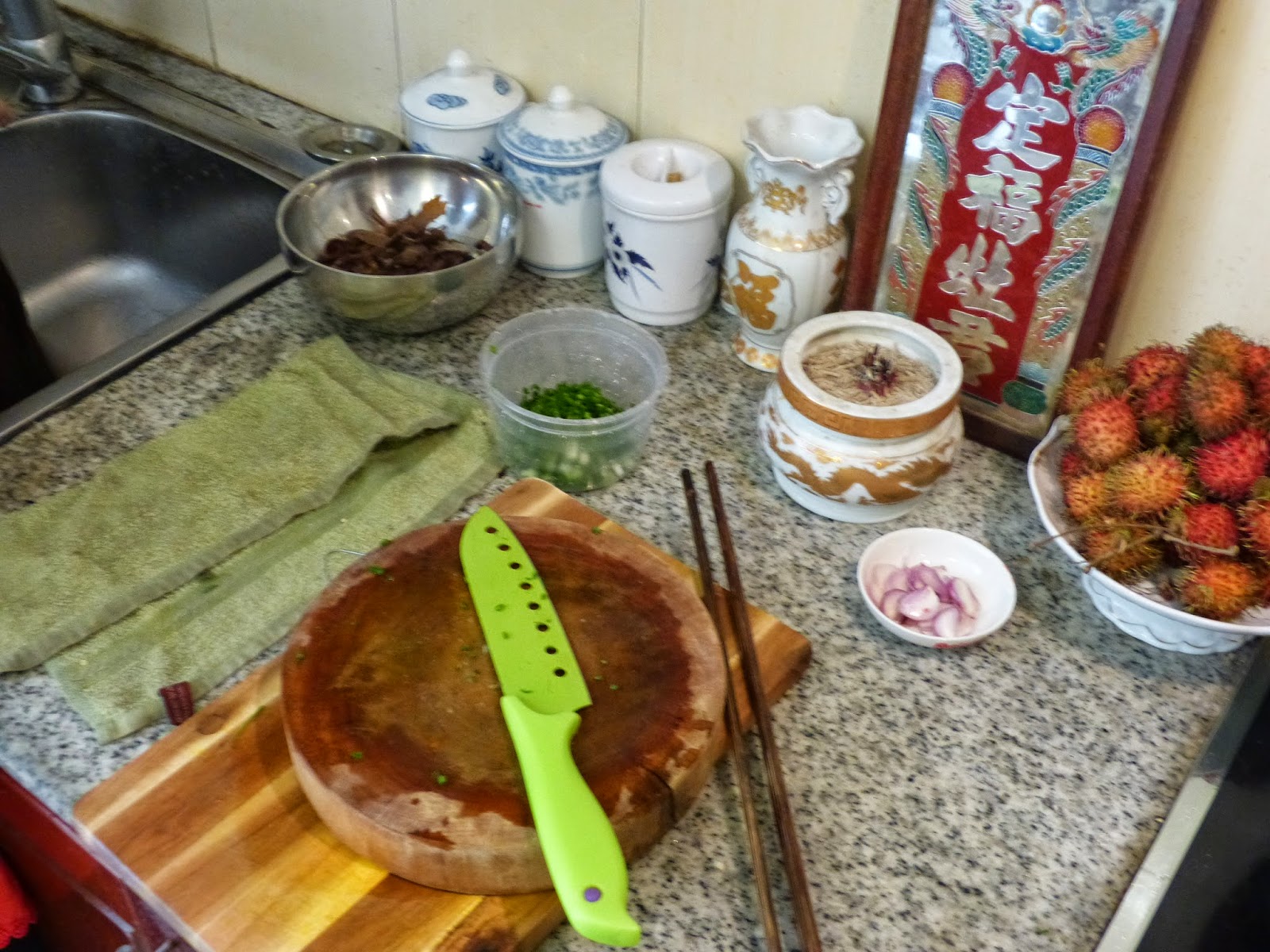 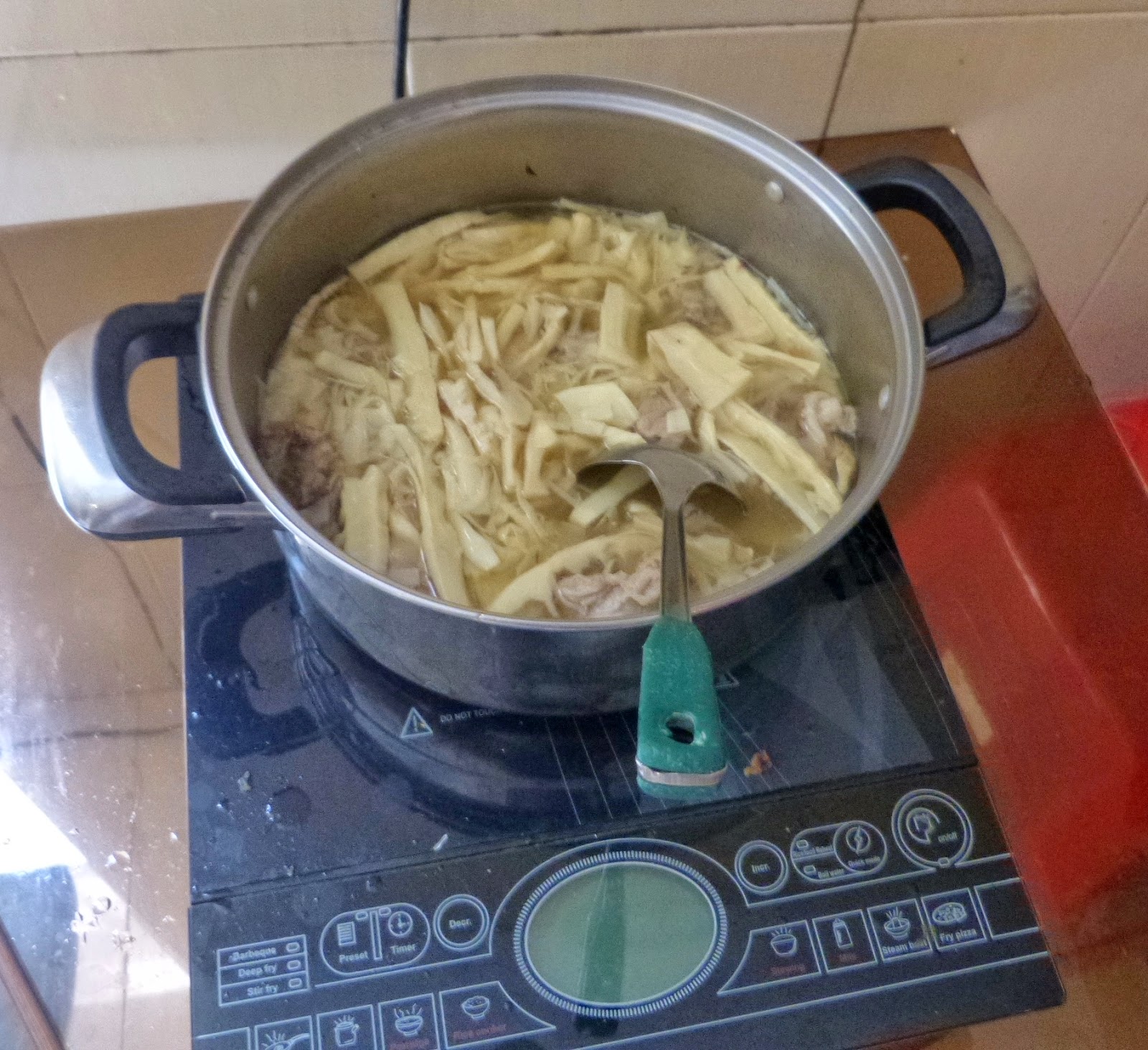 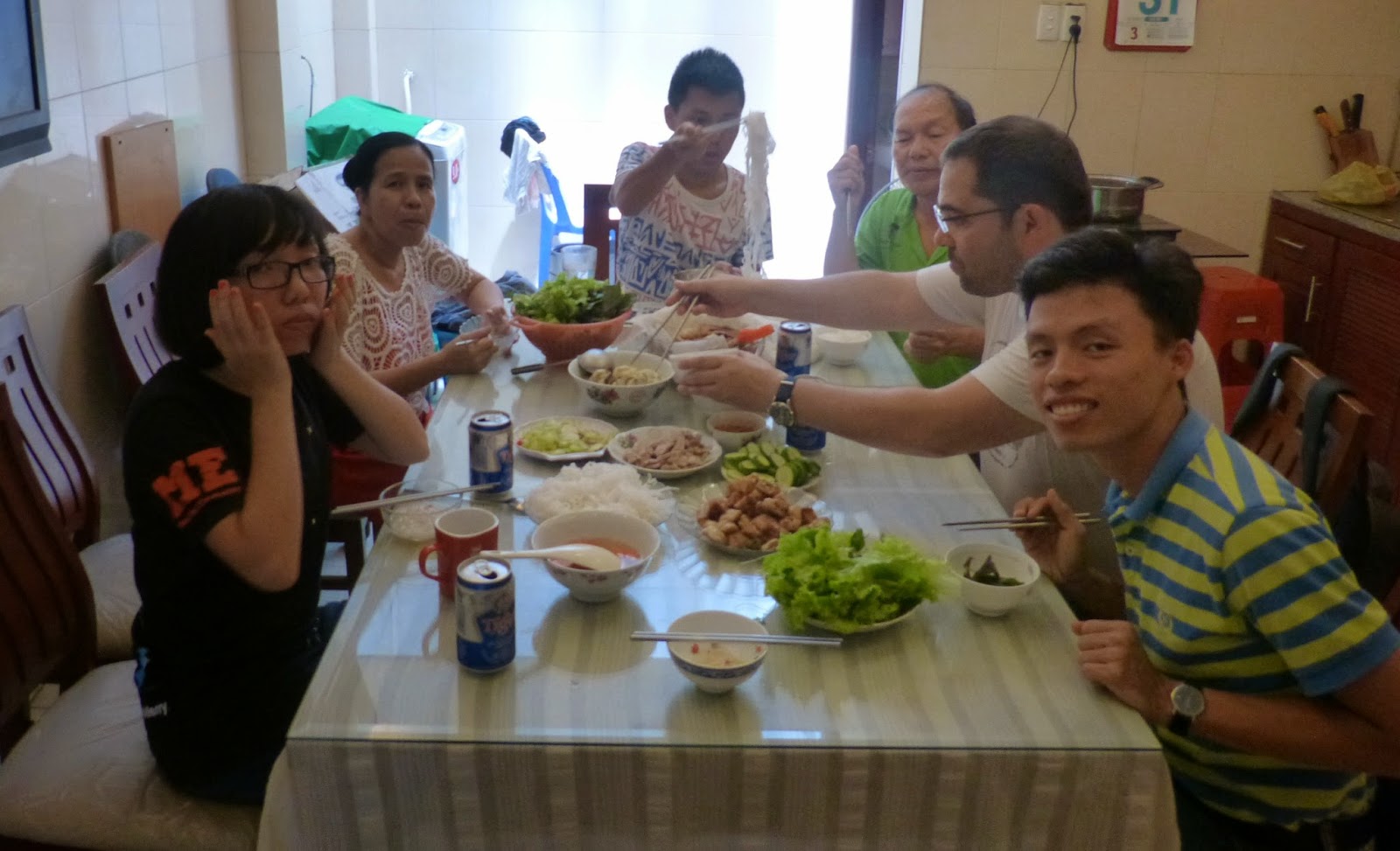 We sat down for lunch and were joined by Long on the right who is friends with Vania and is also a tour guide with the Hotpot company. Next to him was another guest at the Airbnb who came from Bulgaria. Both of them could speak English well.

Starting from the left is Vania, then her mother, her brother and her father. All participated in the cooking except perhaps for the brother. There was a toast with 'mot hai ba yo' and we started eating. 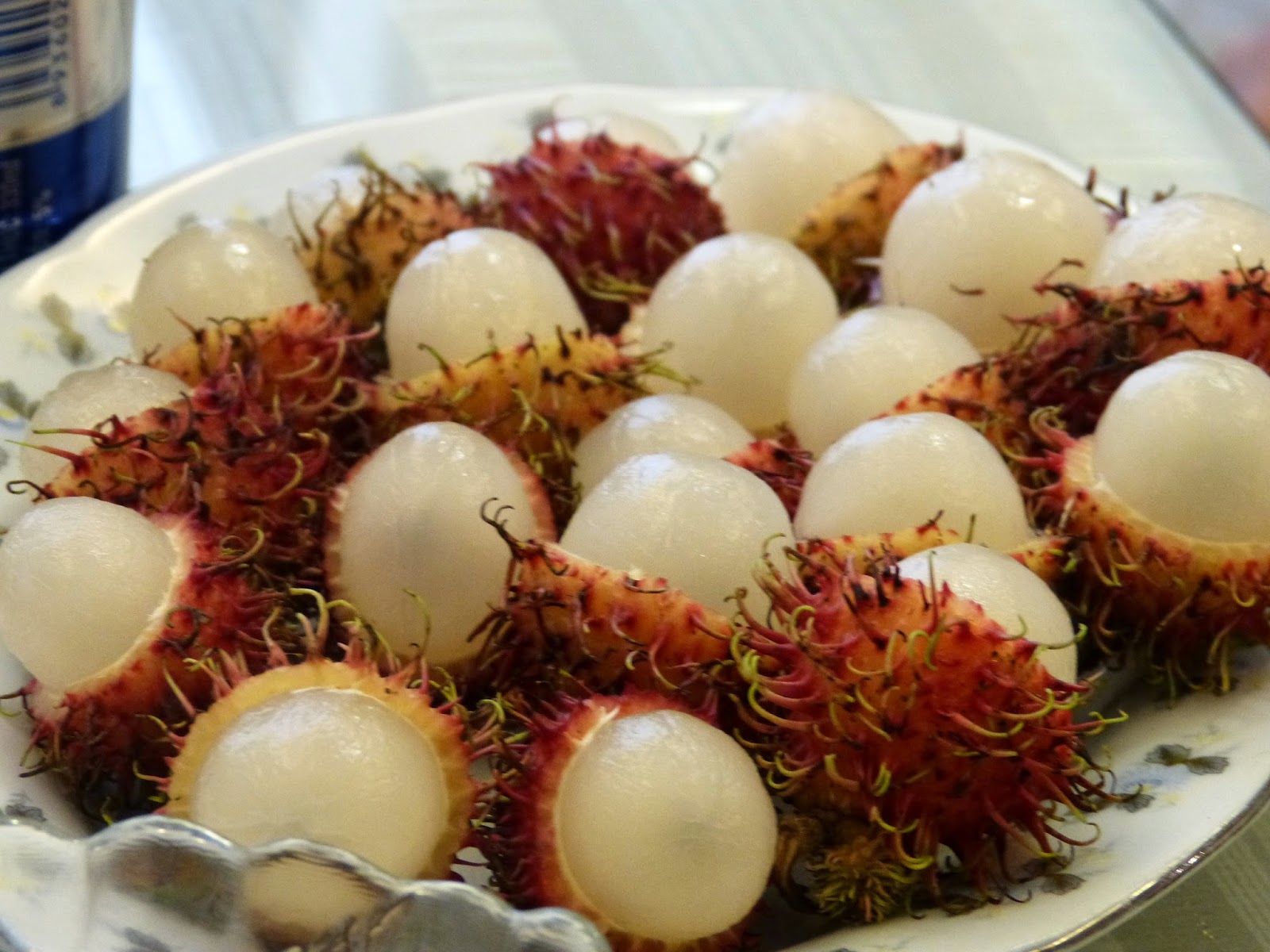 The meal was absolutely delicious and for desert we were presented with two fruits that I had seen in the markets but had not eaten. The first were rambutans. You can see them here in their semi peeled state. You just pluck the white flesh ball out and eat it. The ball is about 3/4" in diameter. They taste like lycees and are really refreshing. 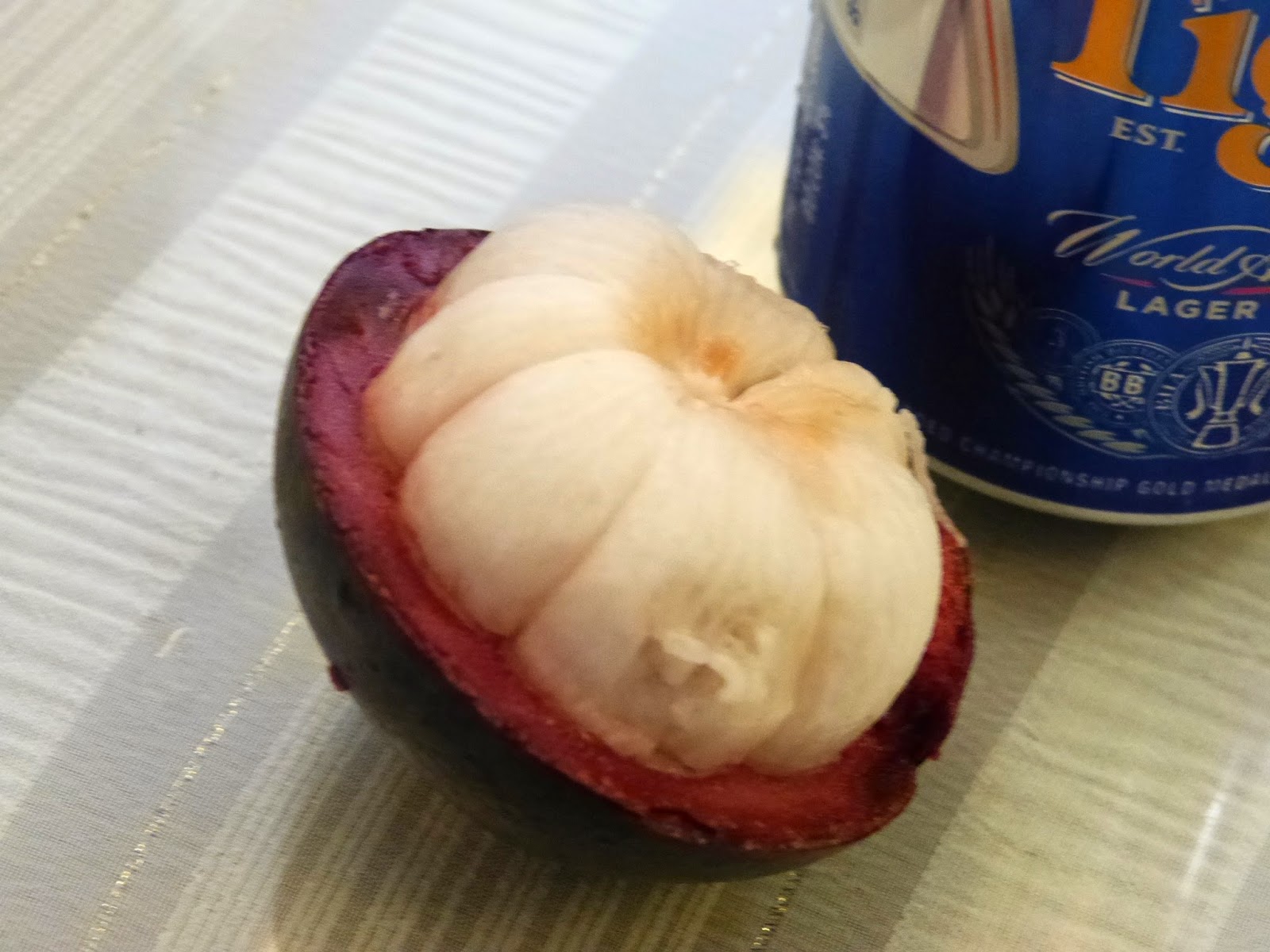 The other fruit was mangosteen which you can see here in it's semi-peeled state. The pods can have a fibrous seed in them. You can just bite into the flesh or you can use a spoon to carve out the flesh. The skin appeared to be tough to cut and the fruit is ripe when the skin is a deep purple.

I'm not sure which I prefer though I think the family preferred the mangosteen.

We got on to the subject of European food and the Bulgarian said that their food was closely related to Turkish and Greek food. When I mentioned how much I like lemon chicken,Vania was surprised that lemon could go well with chicken. In general it seems that most Asians are used to their own food and that eating foreign food is unusual. Even recipes from neighbouring countries such as Cambodia and Thailand would be considered adventurous in Vietnam.

Of course there was much more food than we could eat. This is the advantage of staying with a family instead of a hotel. You have a chance to meet the locals and talk to them and if you are lucky, eat with them.