My train to Ho Chi Mihn City leaves at 19:00 and gets there at 3:45 am after two nights. Because of the late departure  I have arranged to stay an extra half day at the hotel ($22) so that I can rest in air-conditioning.

After breakfast, I decided to walk south down to another lake called Thien Quang.

Off into the traffic I walked again. Initially I thought it wasn't quite as humid as the other days. 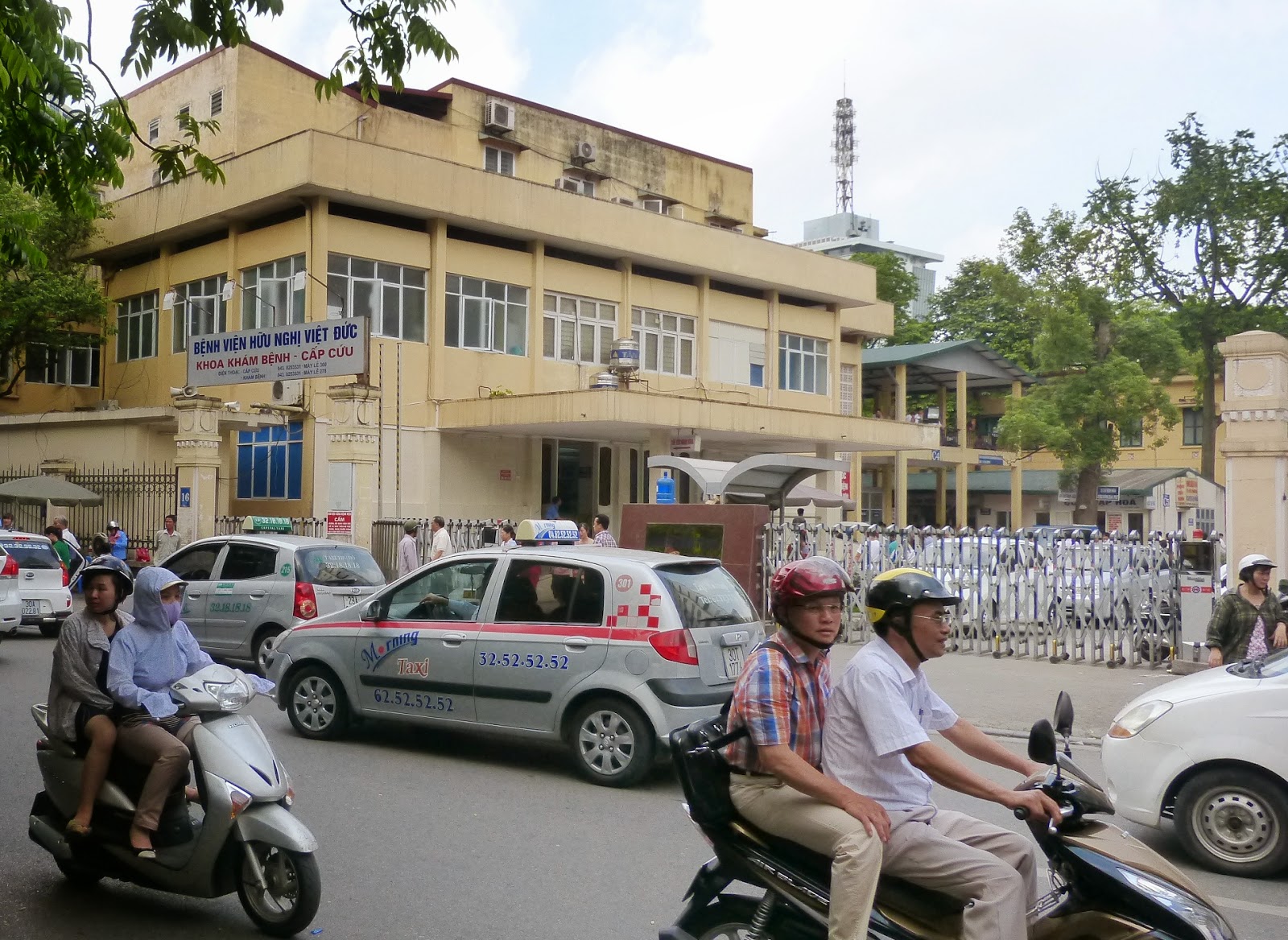 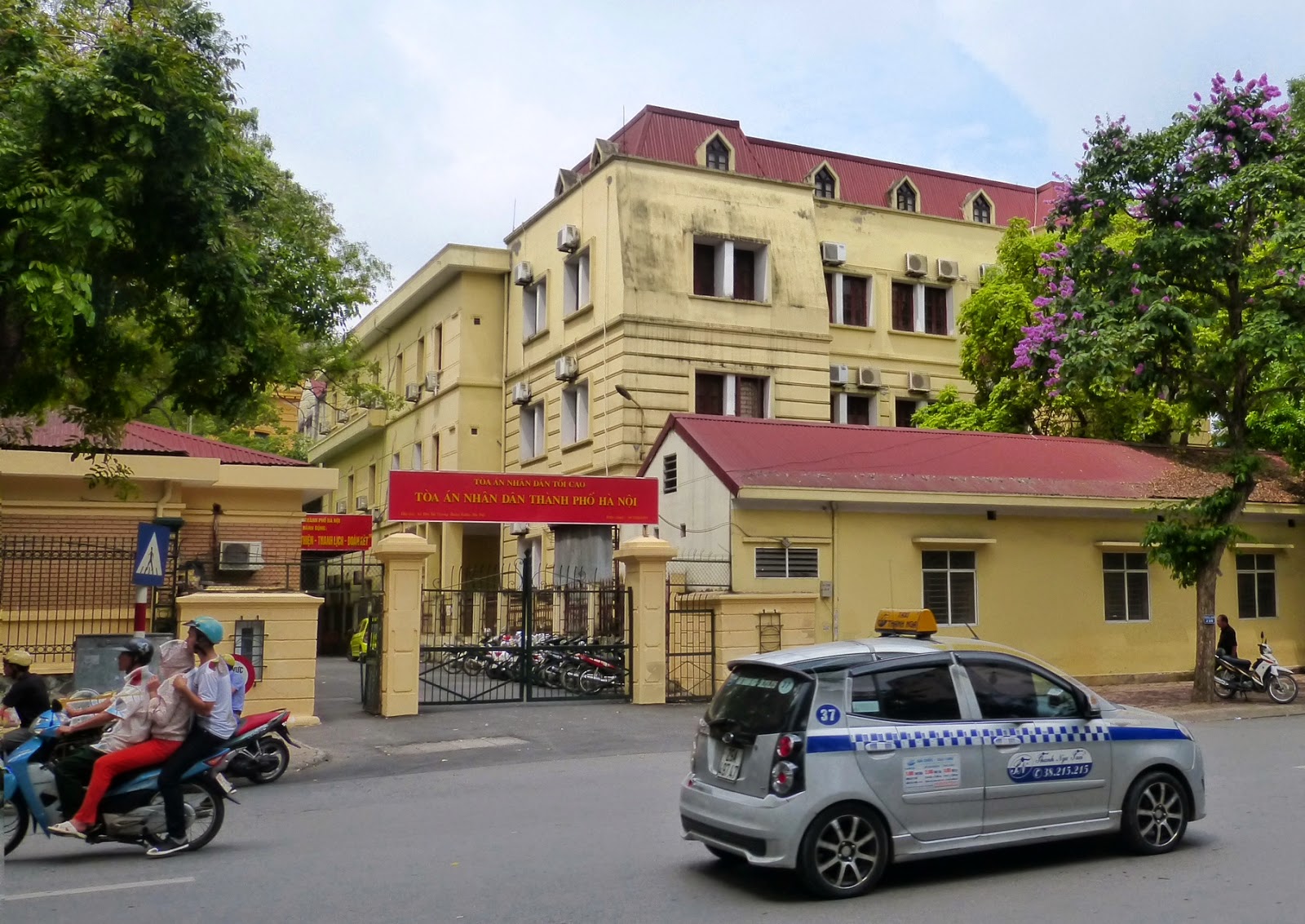 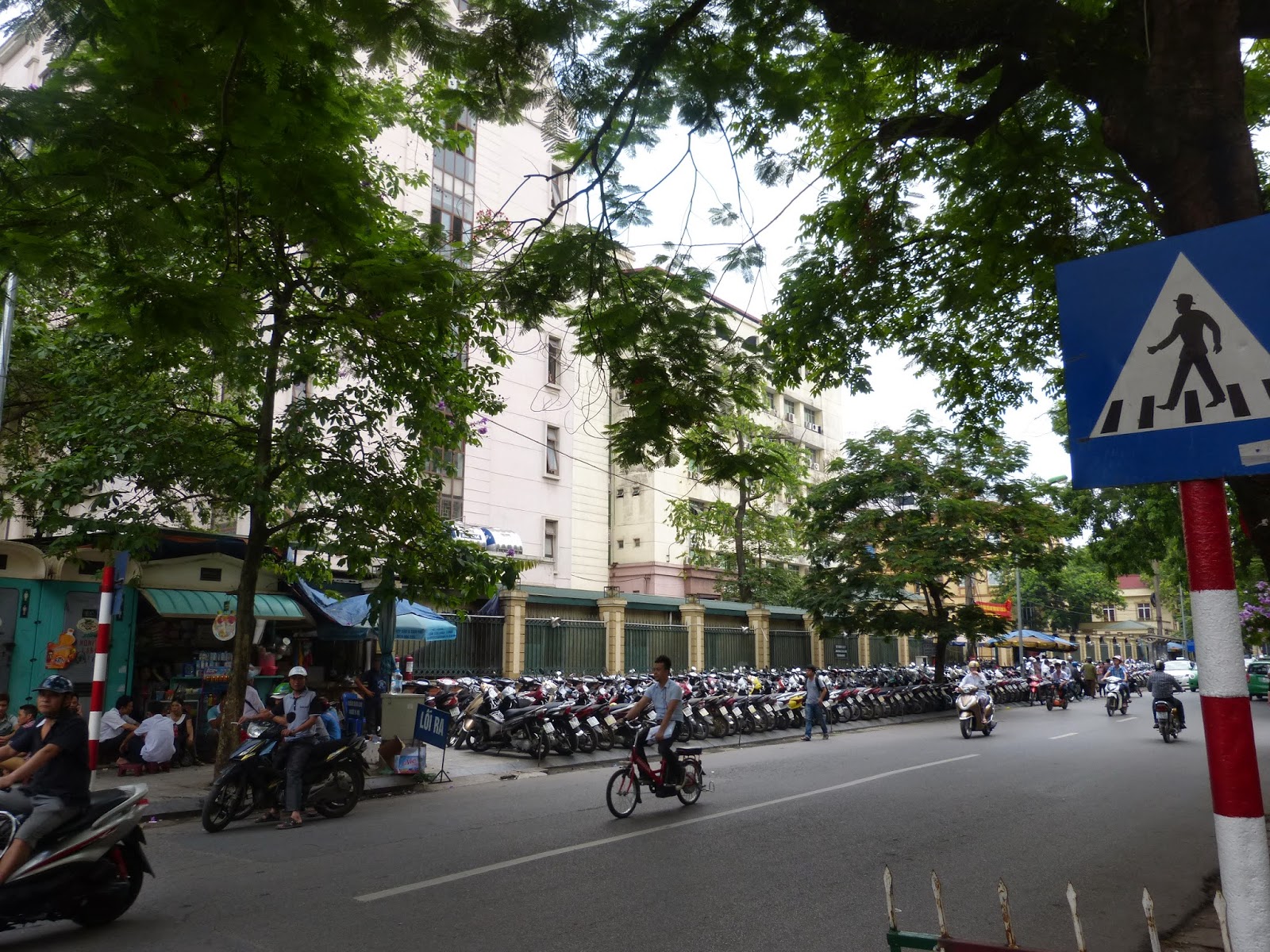 Somewhere around here is the site of the Hanoi Hilton where John McCain was imprisoned during the Vietnam war. the building was mostly demolished. It's sad how war makes people demonize and maltreat other people. The Vietnamese I have met have been very friendly, kind and courteous. 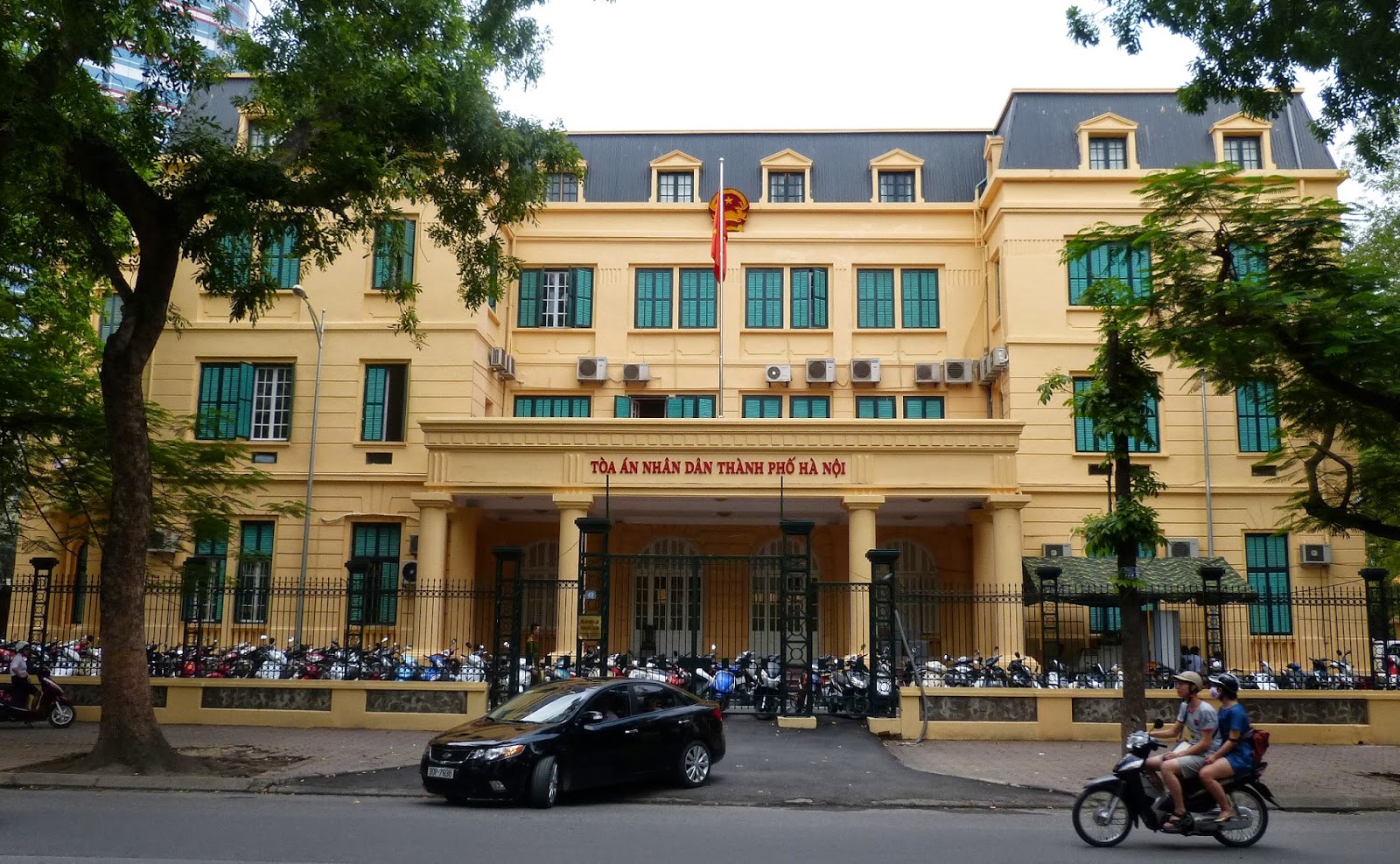 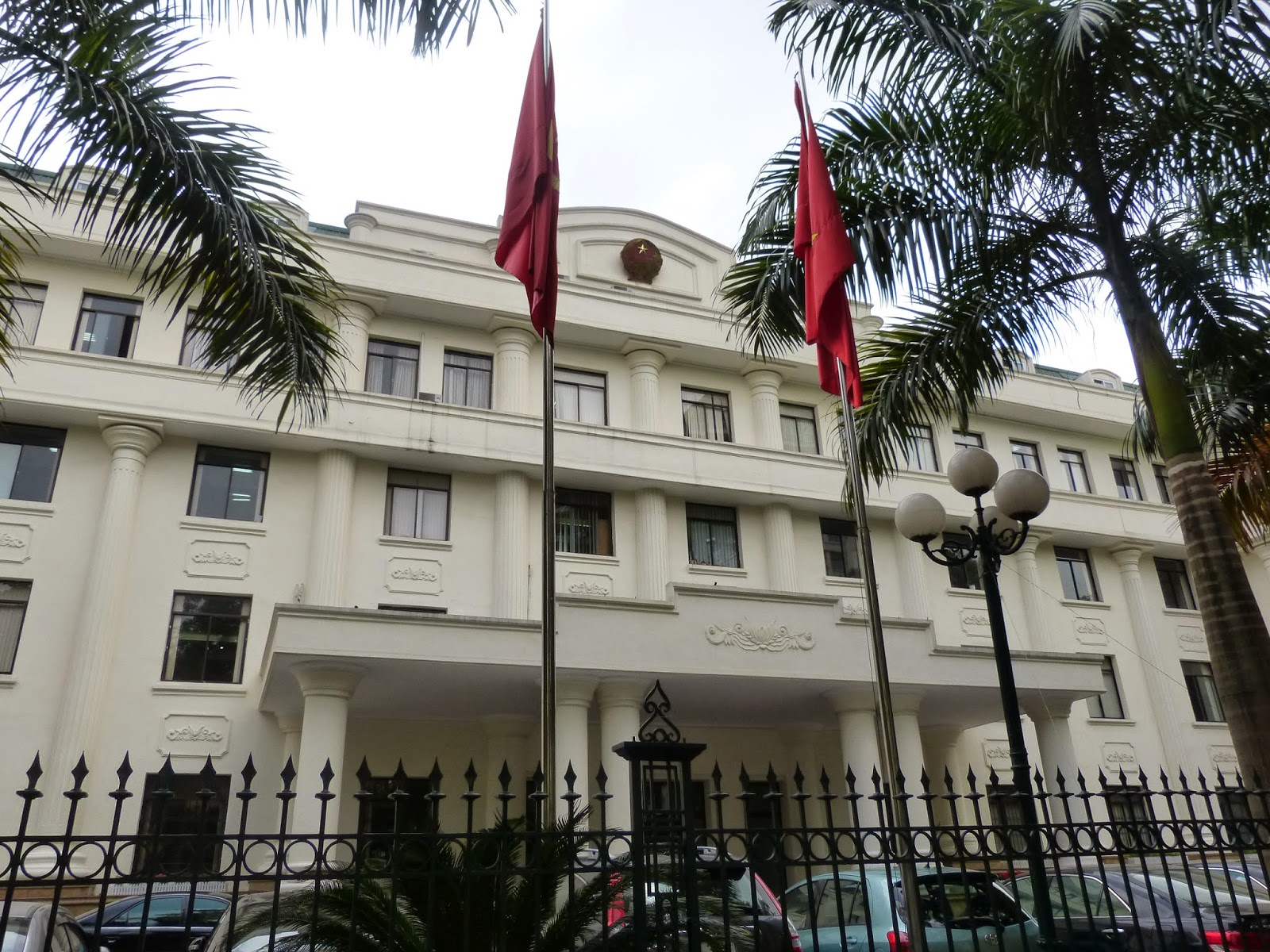 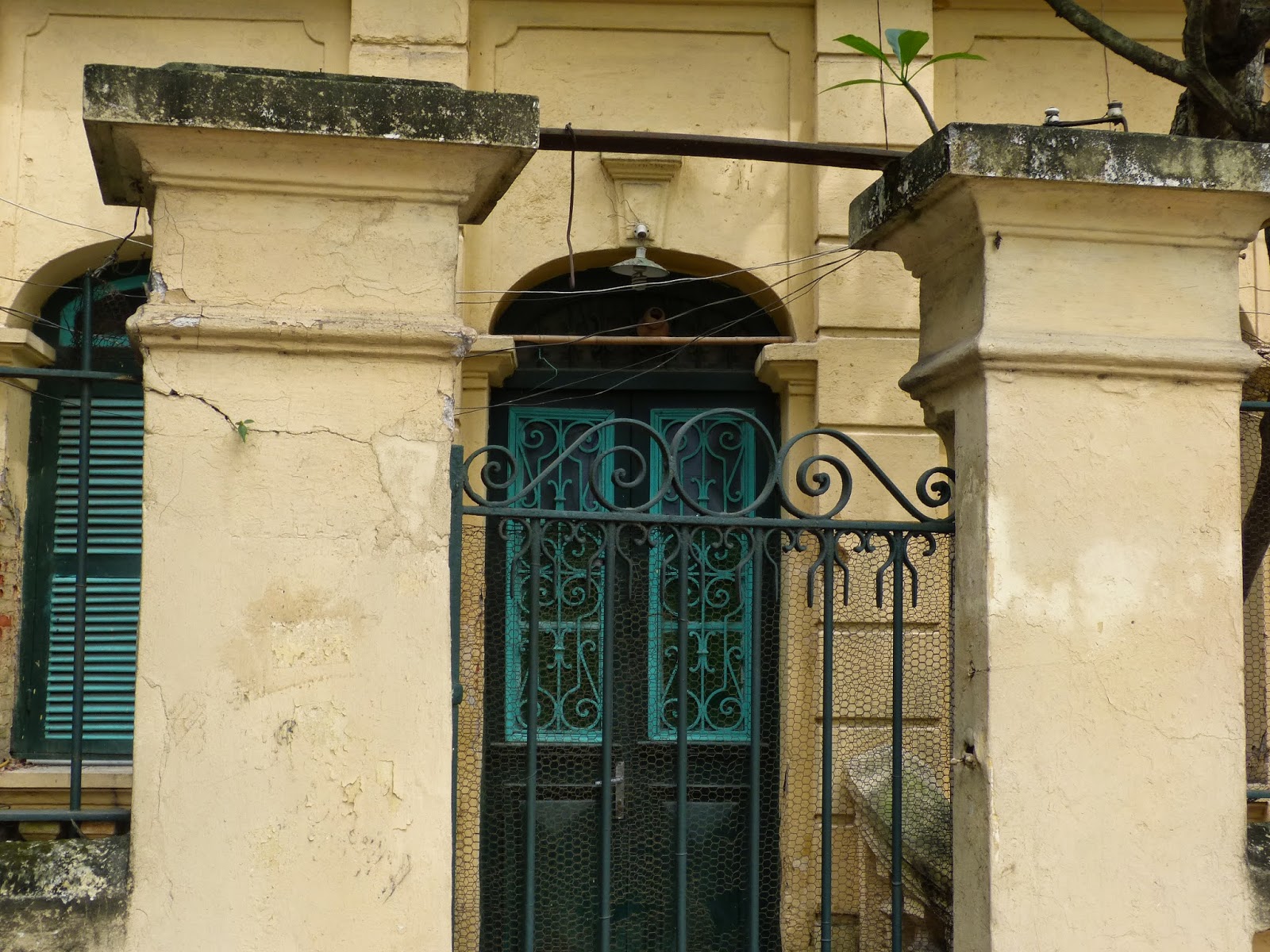 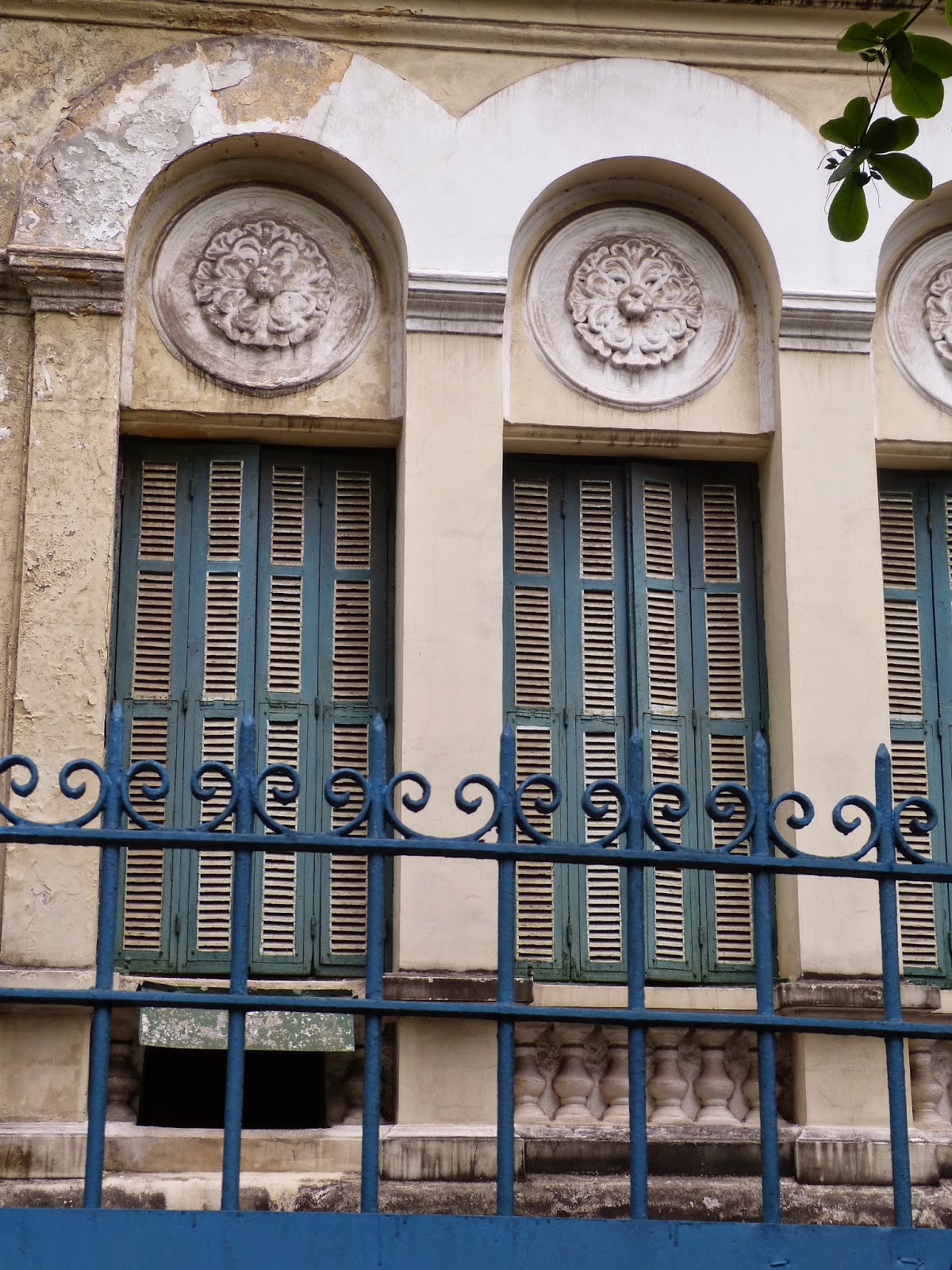 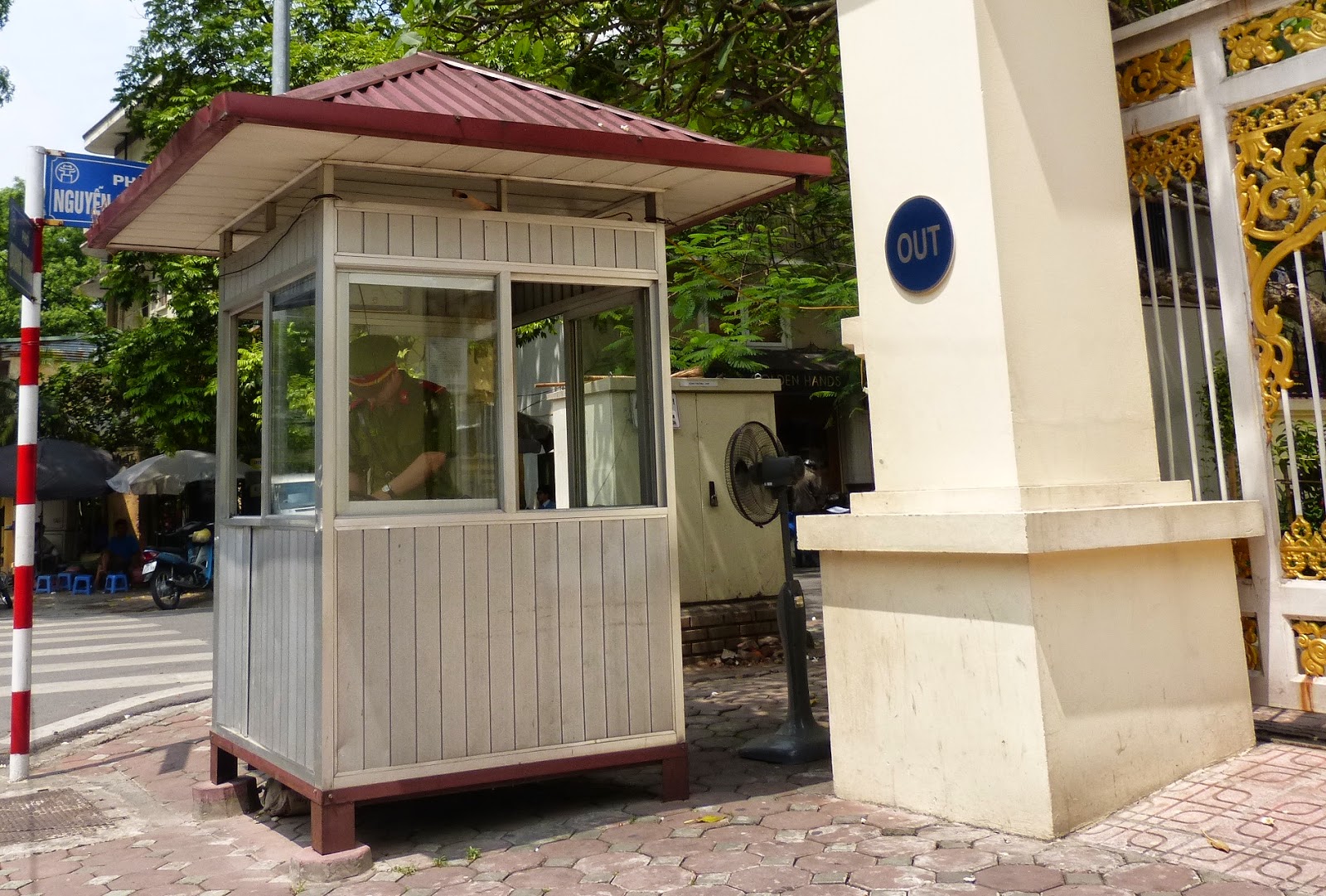 Many nations have an embassy here. They are always guarded. 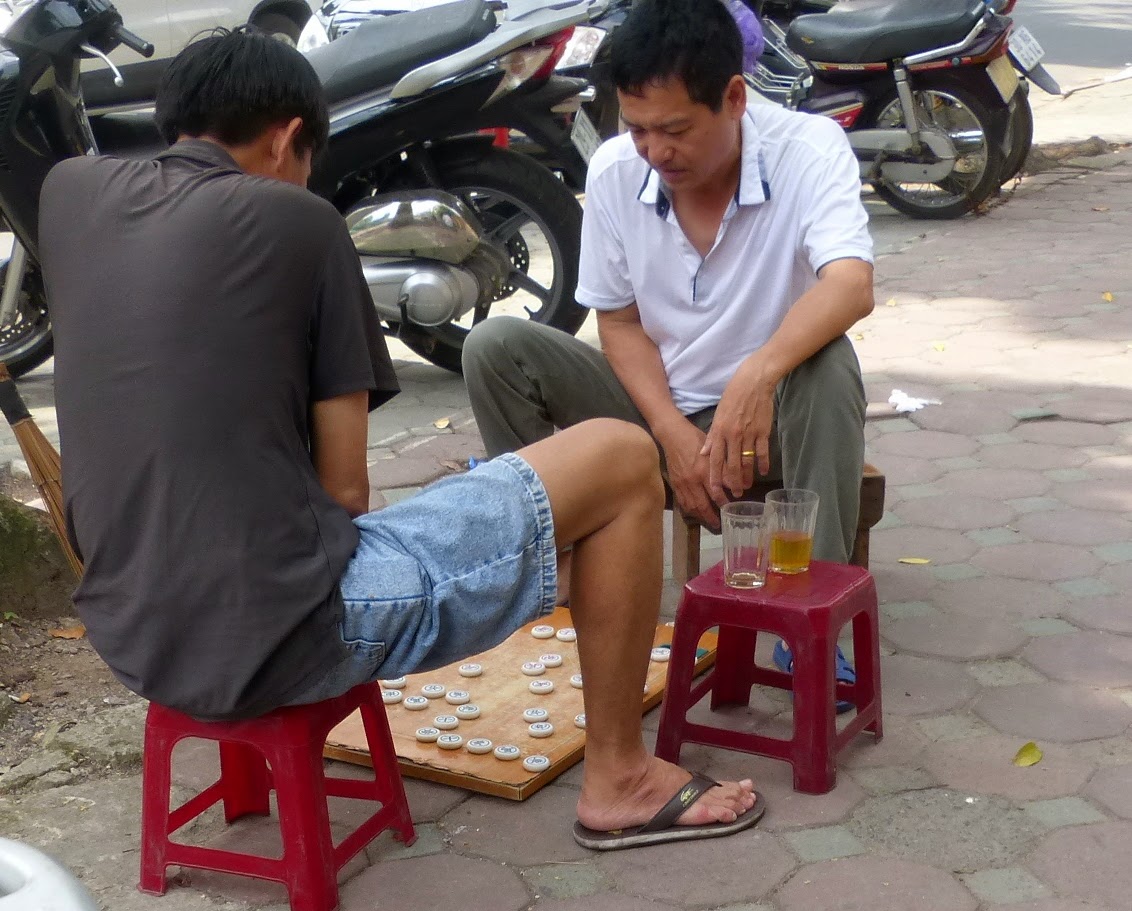 I reached the lake where the cicadas were making a dreadful din. 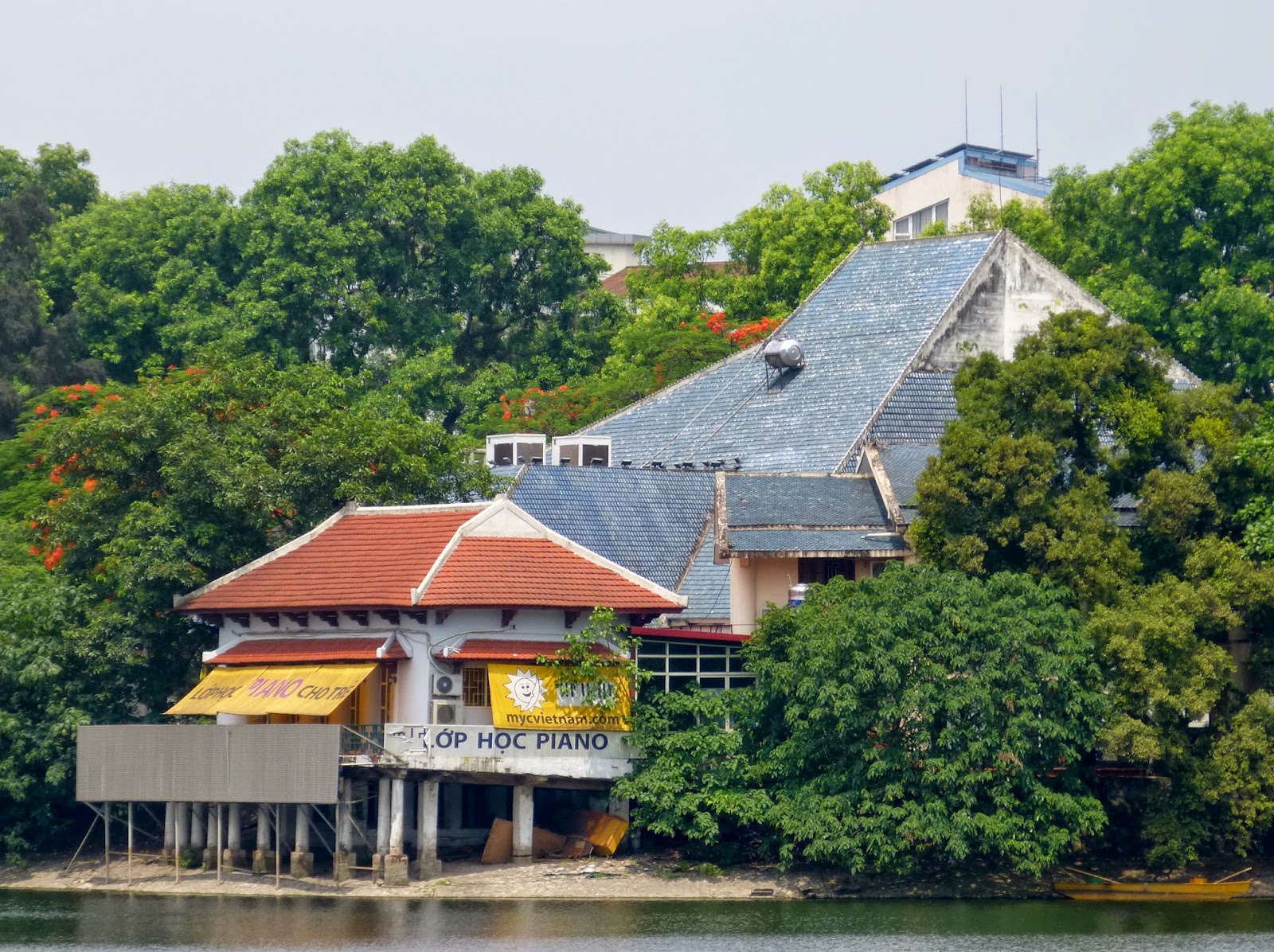 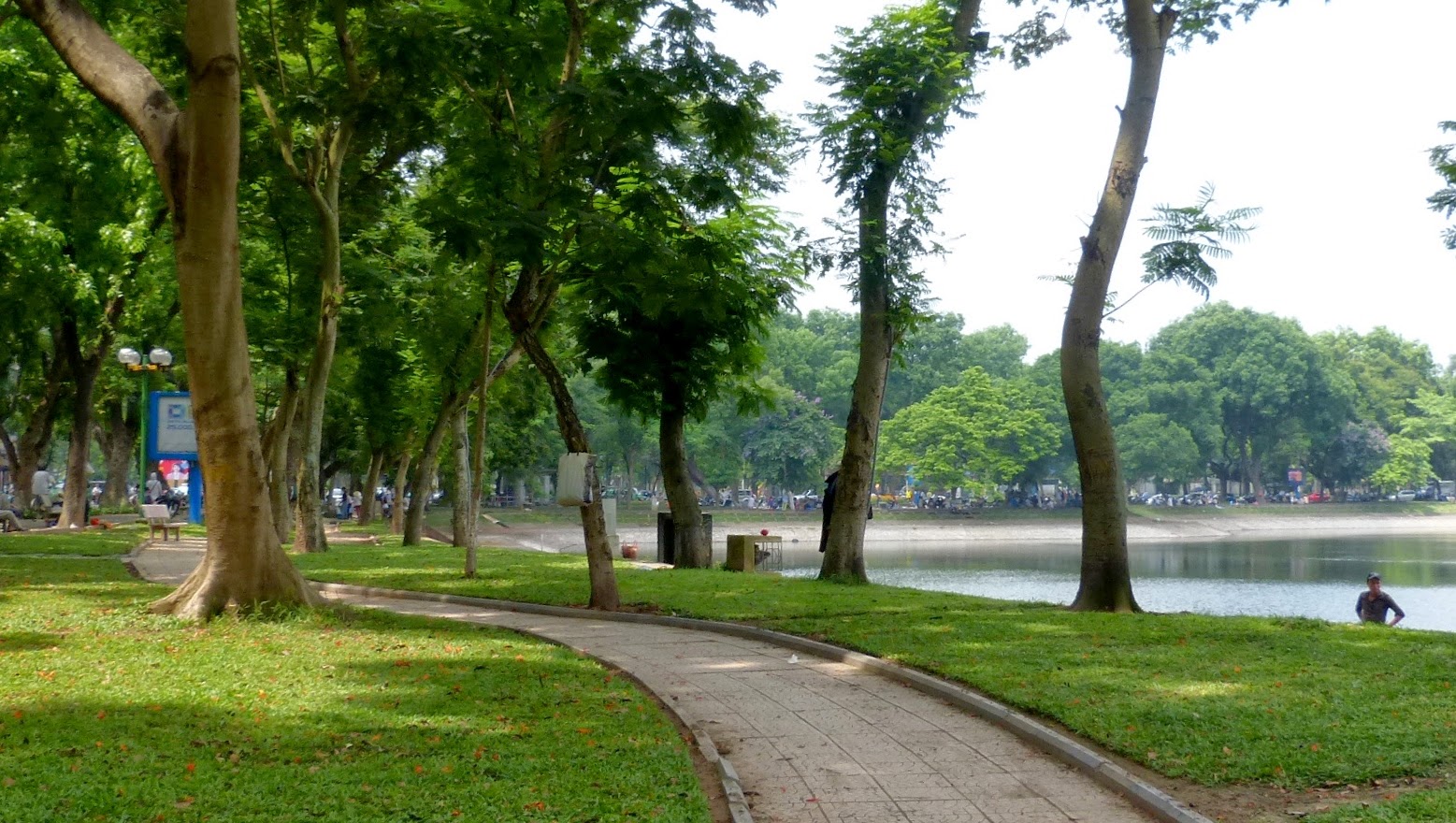 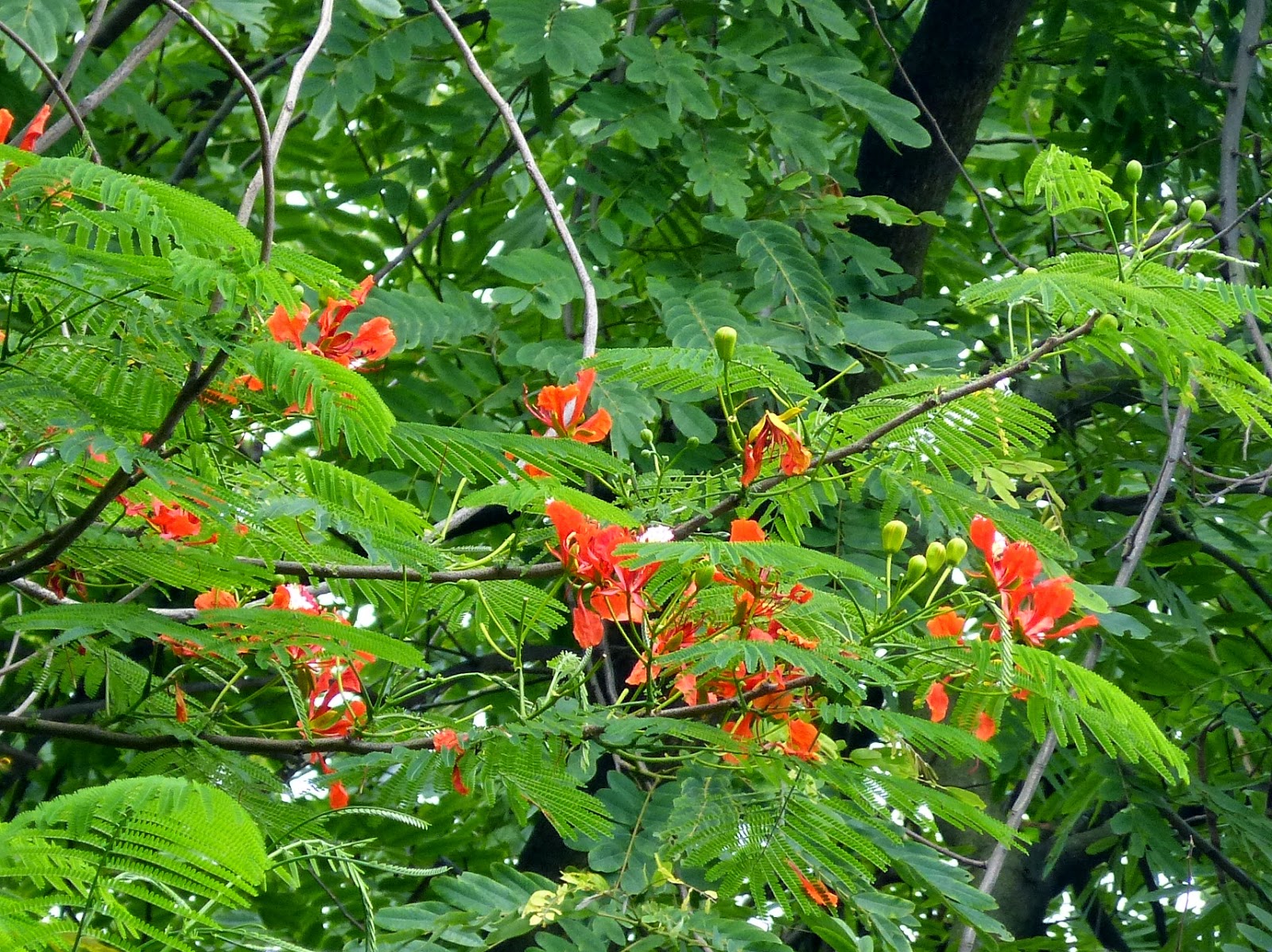 Poinciana. These were common in south east Queensland. The flower would appear just as final examinations for the year would start. I saw no evidence of  the purple Jacaranda flower though there was another common tree here with a large purple flower. 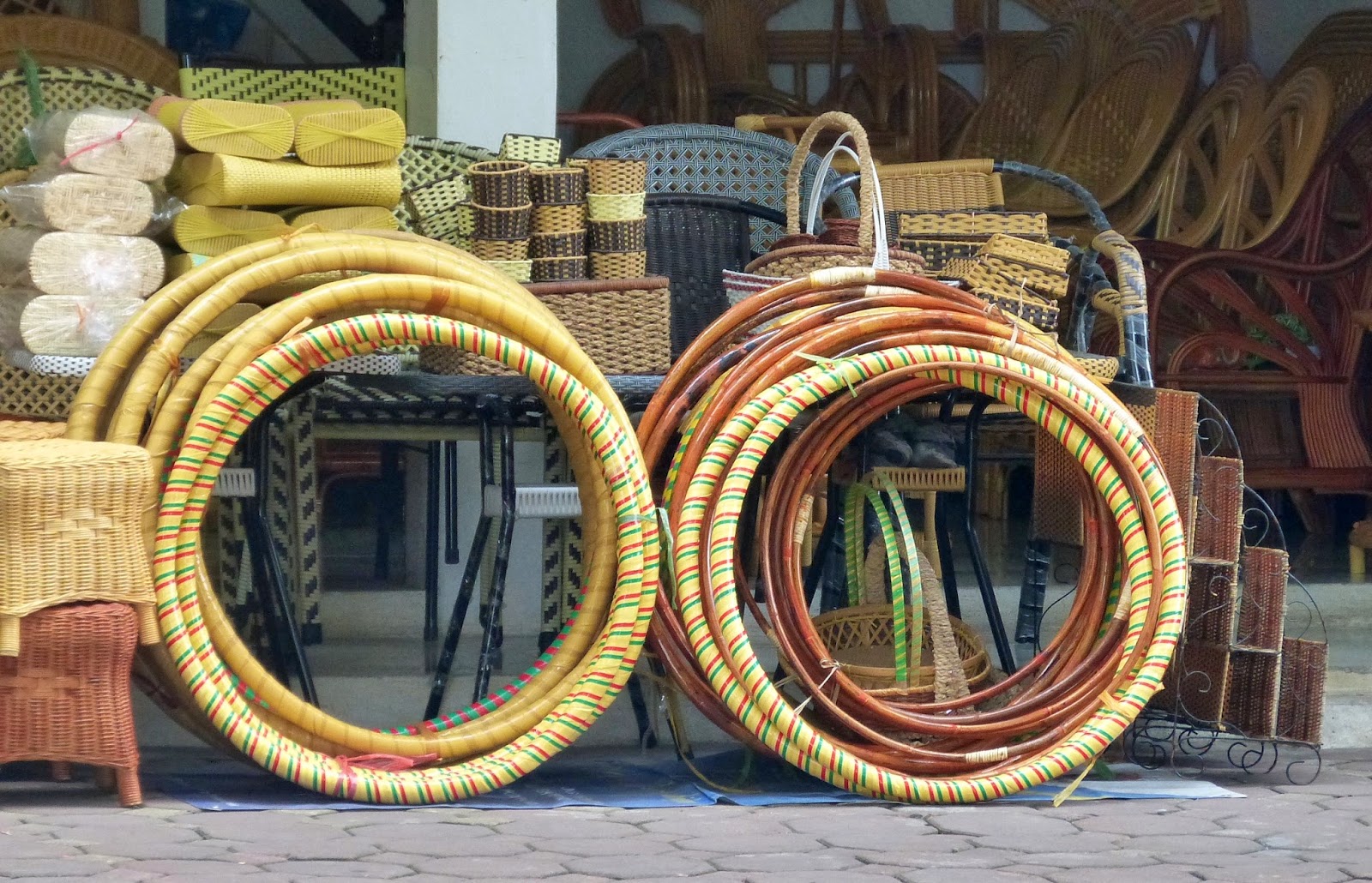 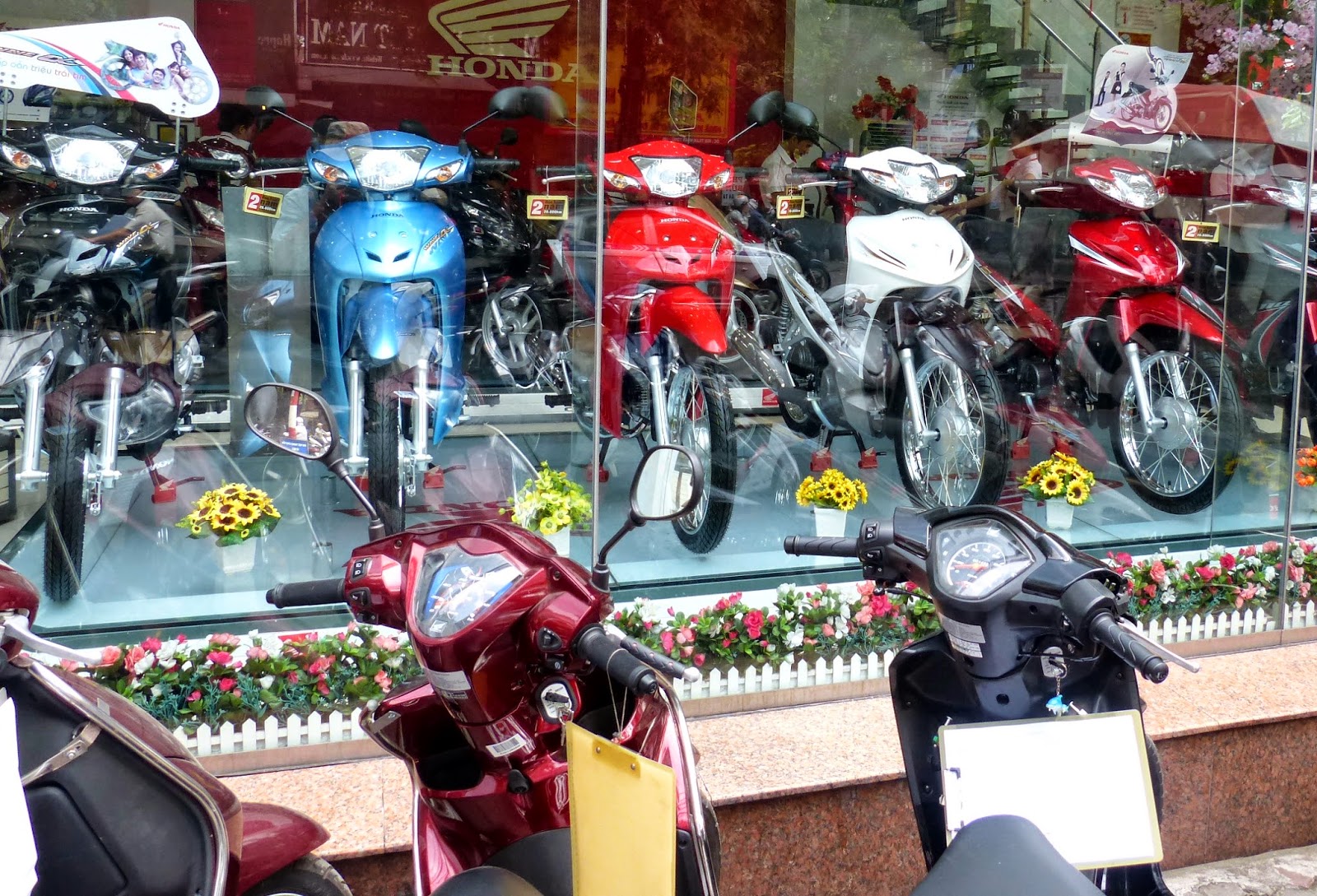 Where you go to buy your brand new scooter. 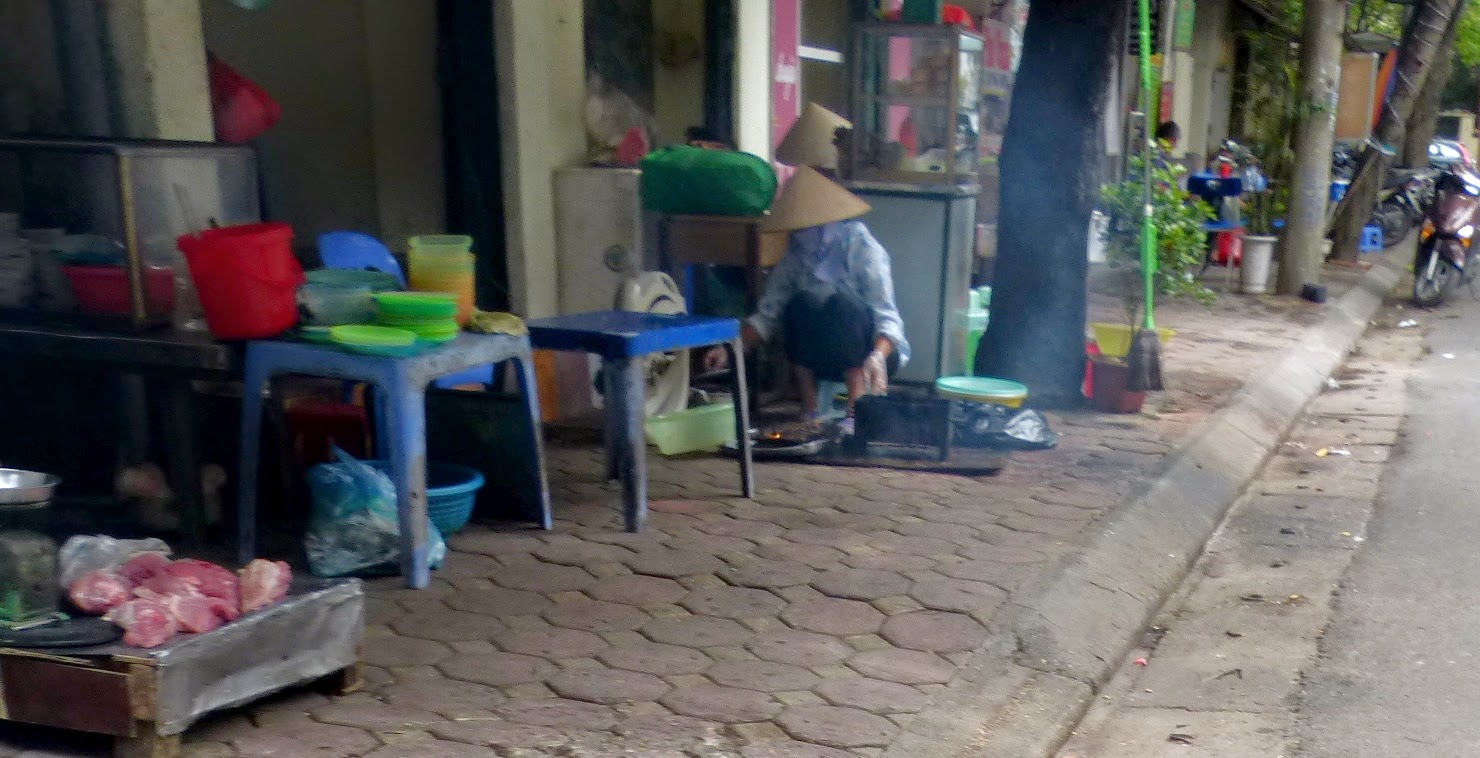 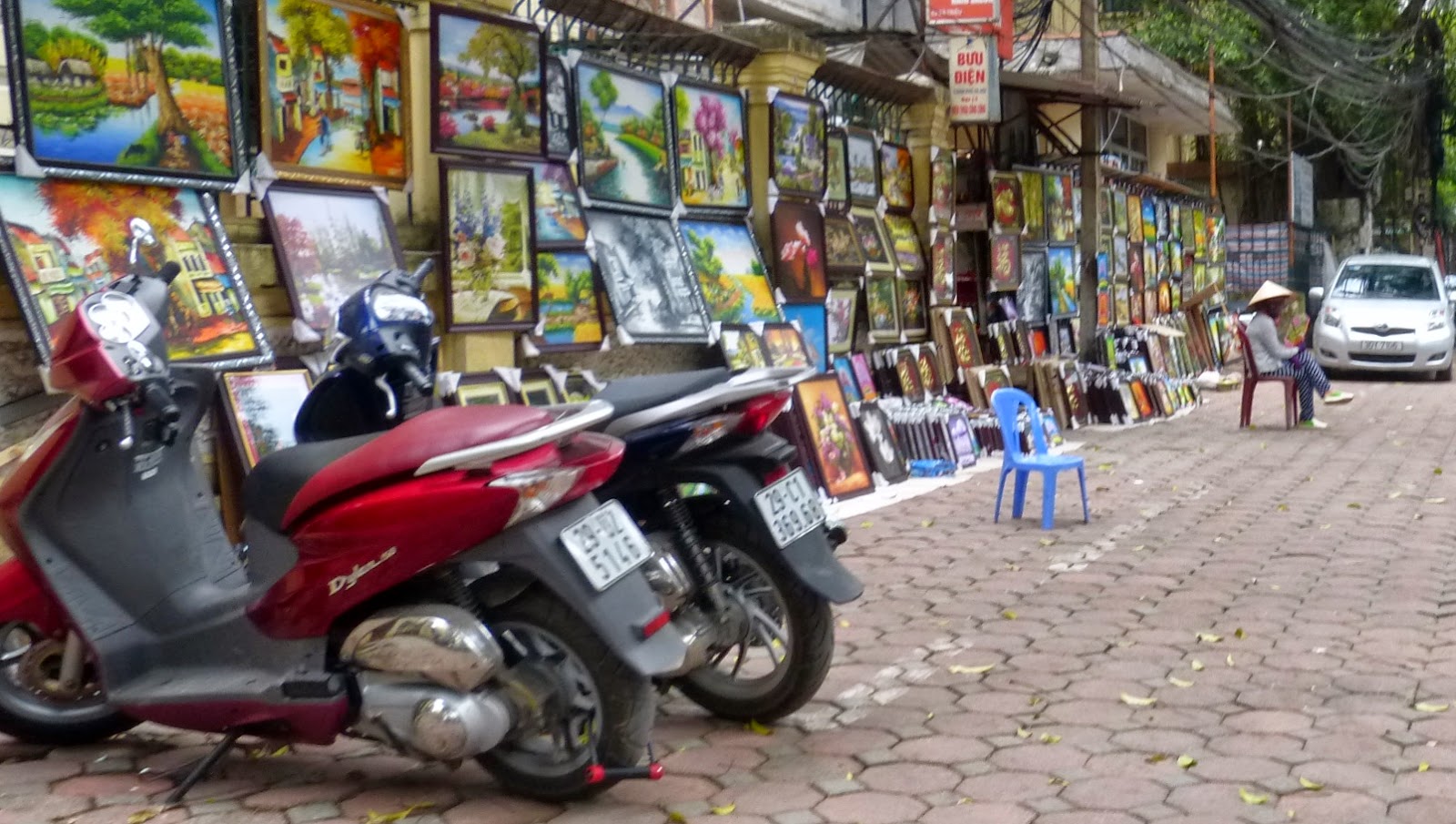 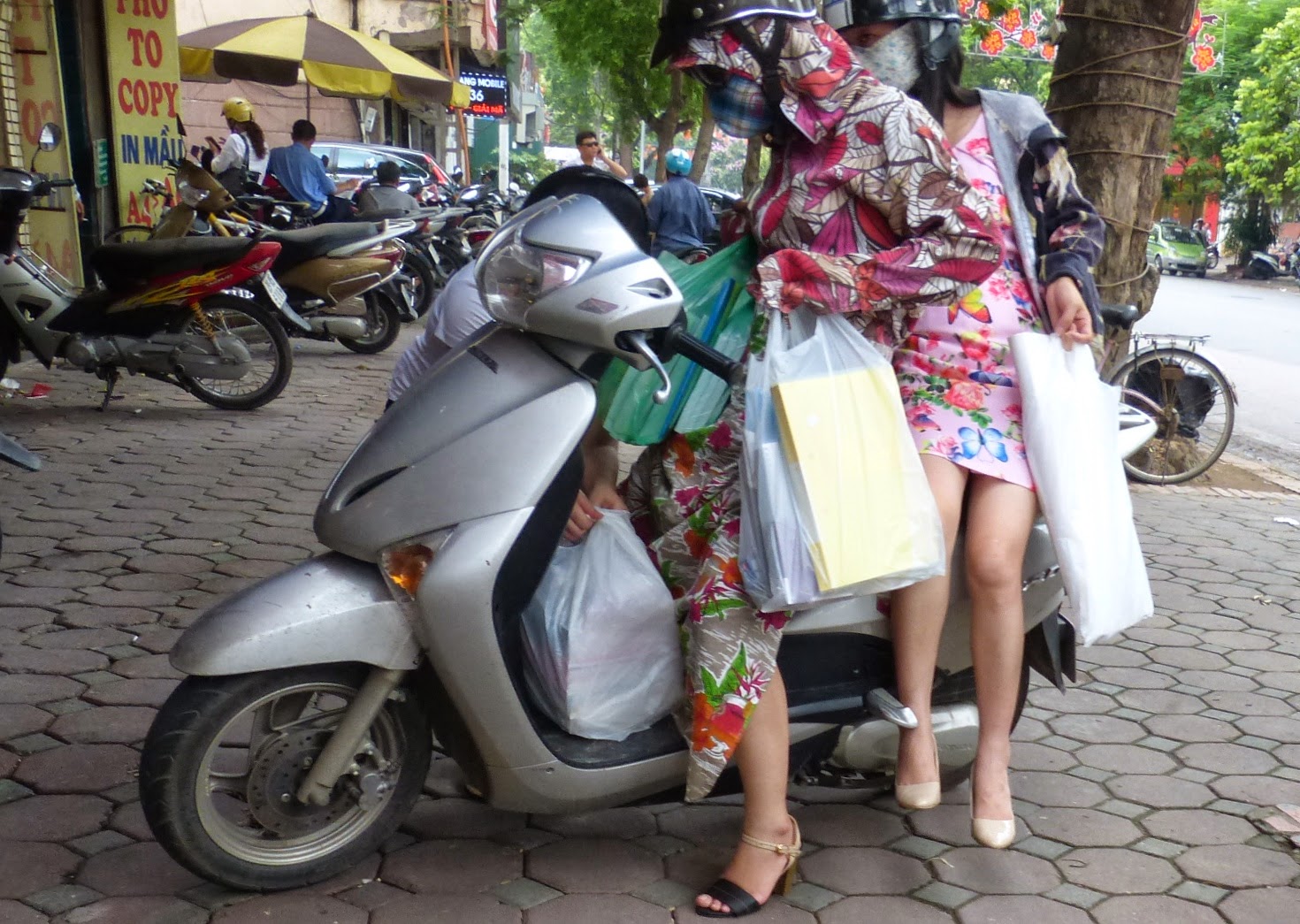 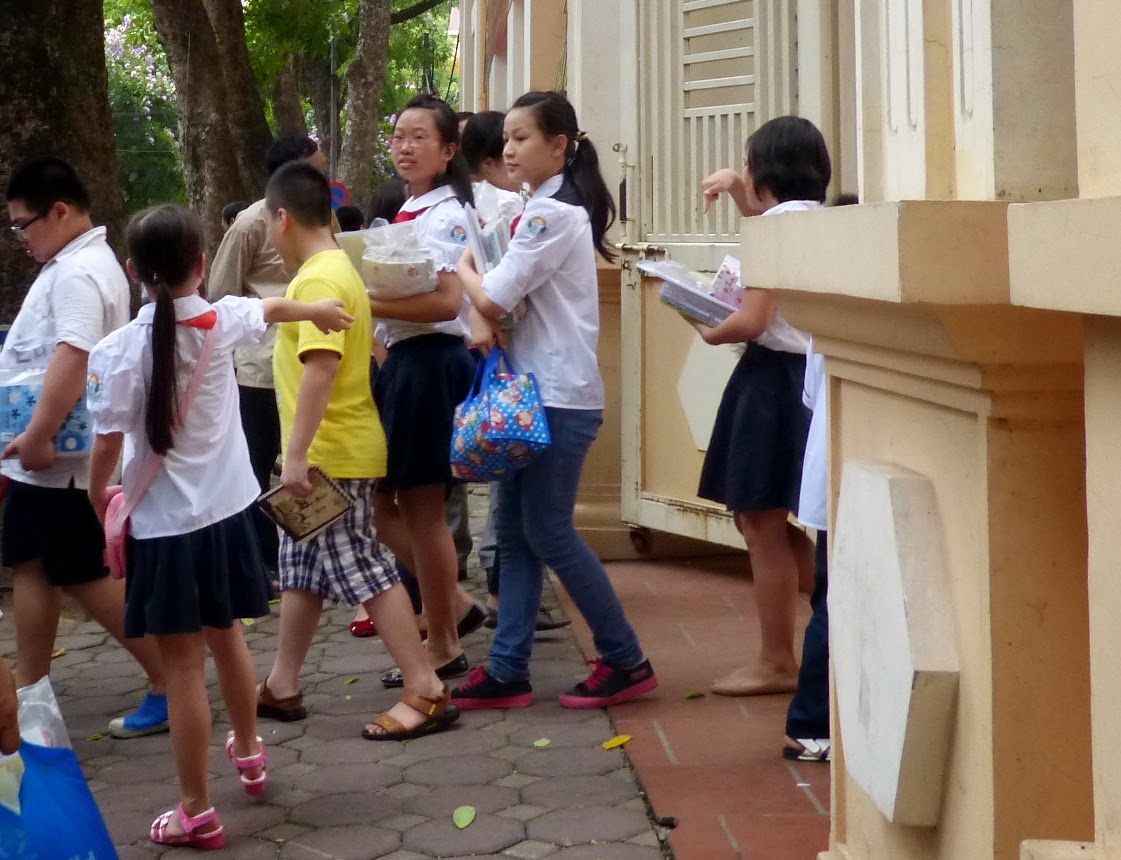 It looked like the children had been let out of school for the summer holidays. I hope they are not all on the train tonight. 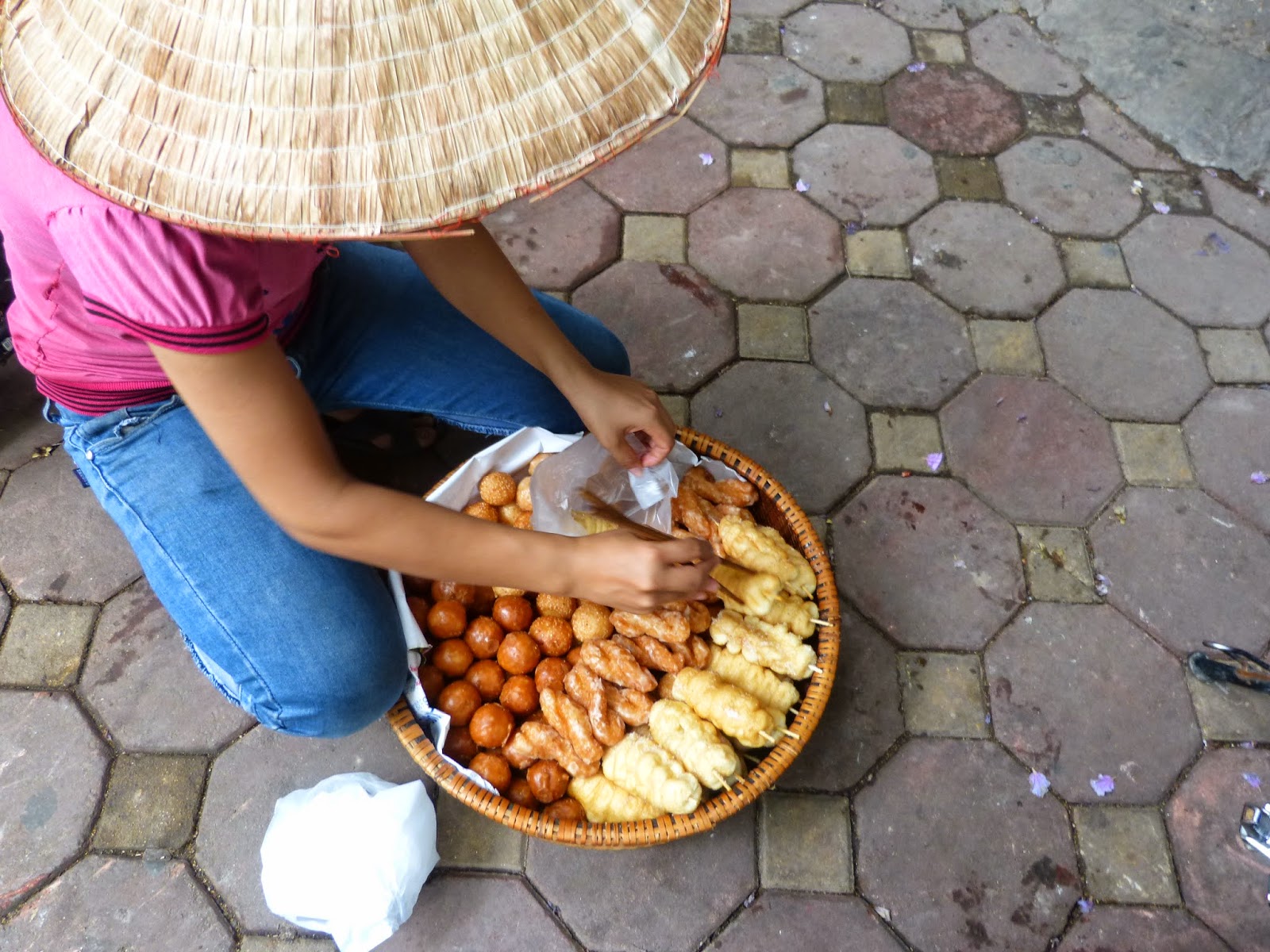 A young girl approached me to buy some of her pastries. I purchased a few which I had for a small lunch. Later this afternoon I will have a dinner somewhere so that I am prepared for the train. 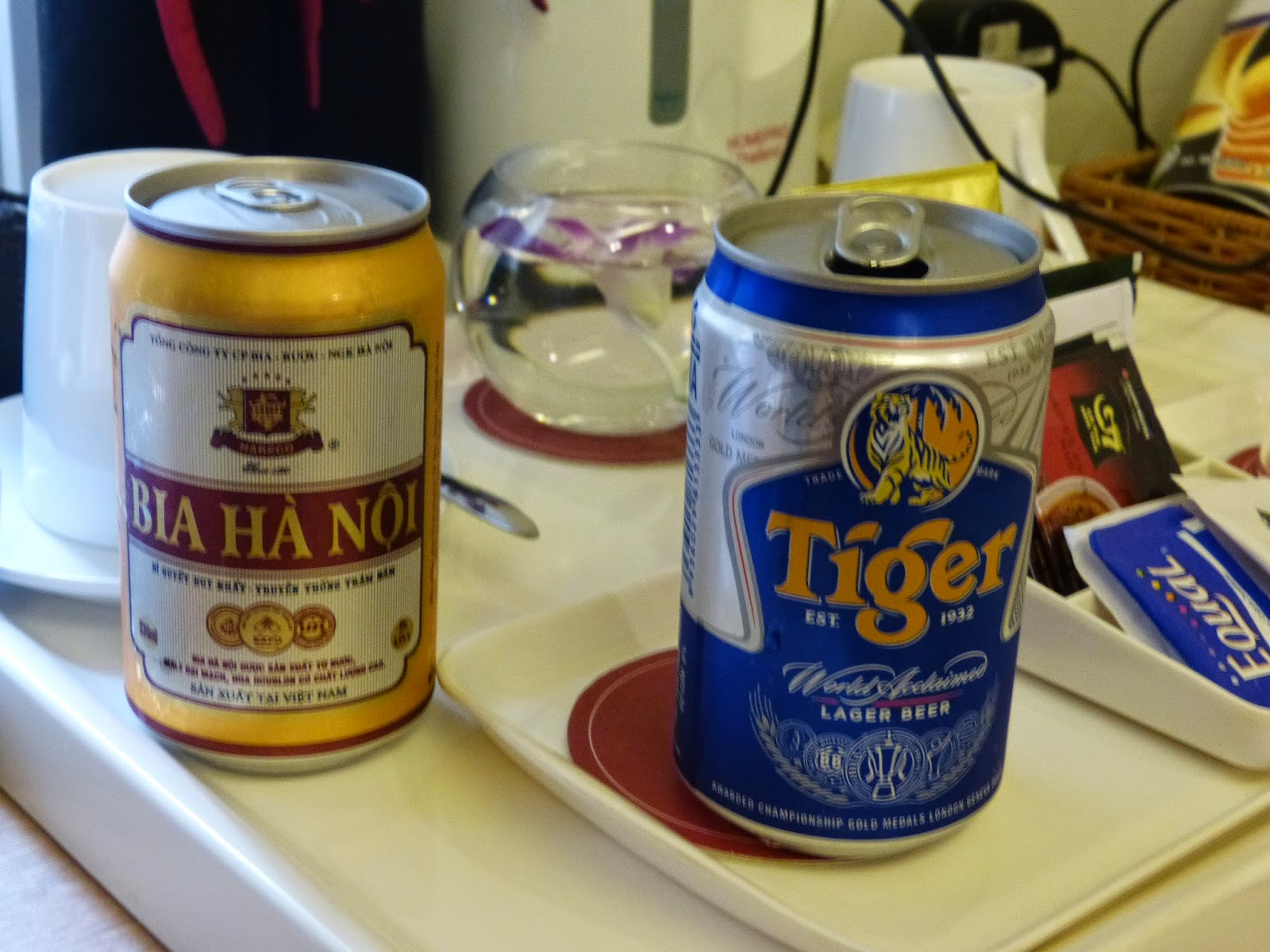 I staggered into the hotel looking like a drowned rat. Sweat was just pouring off me. I suspect the front desk staff have been quite amused by my looks after I return from these two hour morning walks. I've even lashed out and drunk beer taken from the mini bar in the room. $1.50 a can. The Tiger is better than the Bia Ha Noi.