After the Great Wall and the Summer Palace, I of course needed to see the other great tourist attraction of Beijing. I got on Beijing's excellent subway and came up near Tiananmen Square. 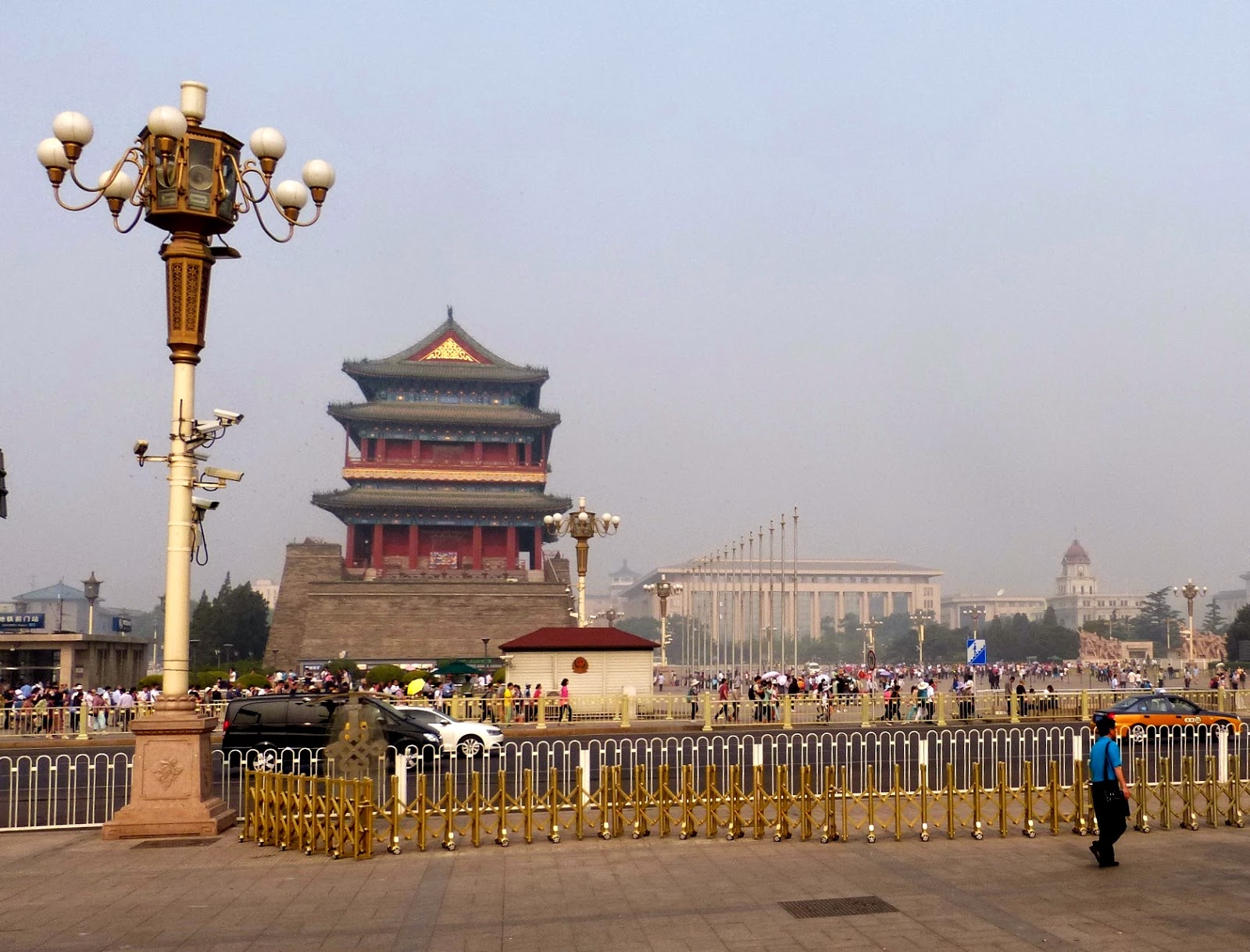 The pollution was really bad and the photos needed work to make certain buildings visible. 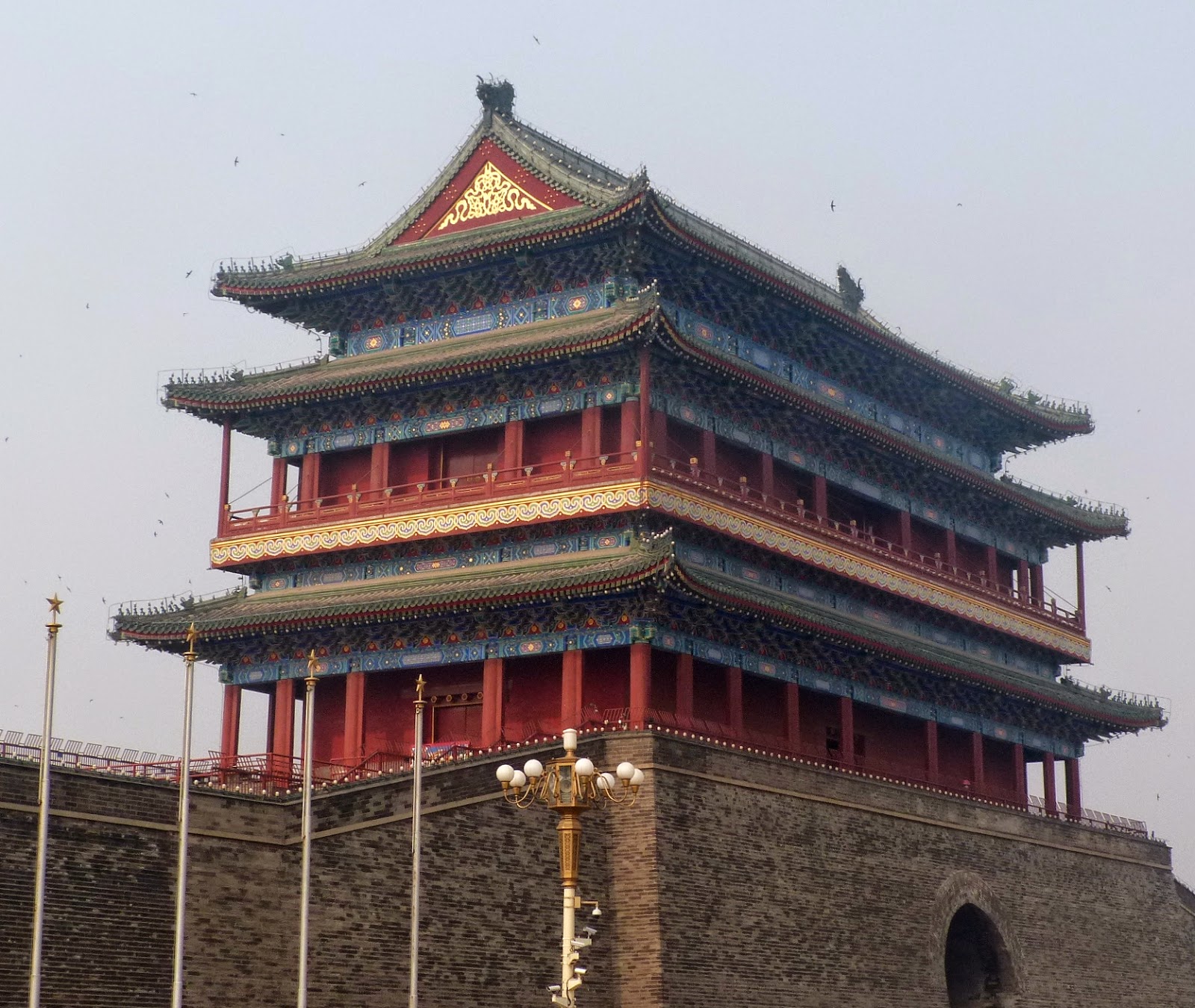 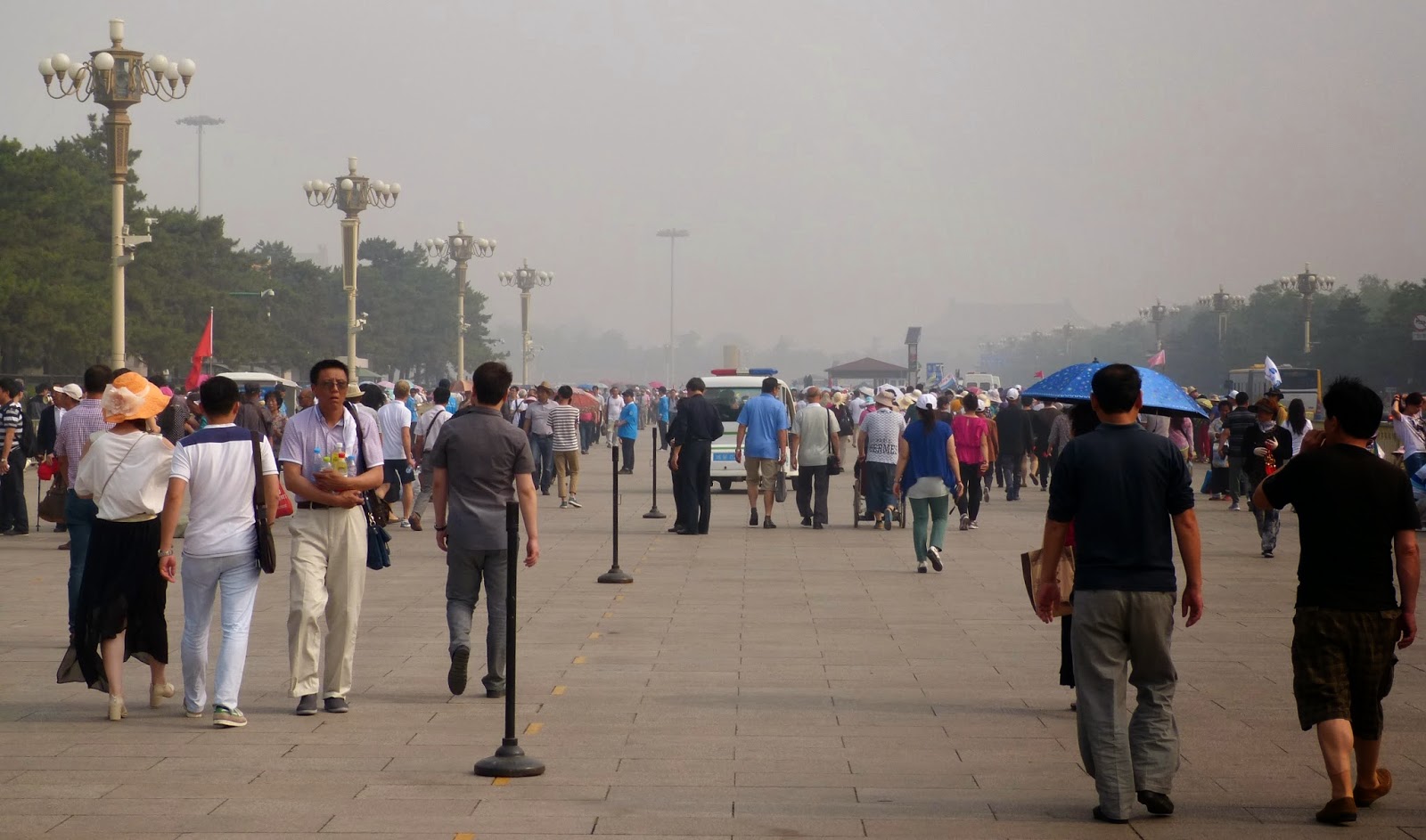 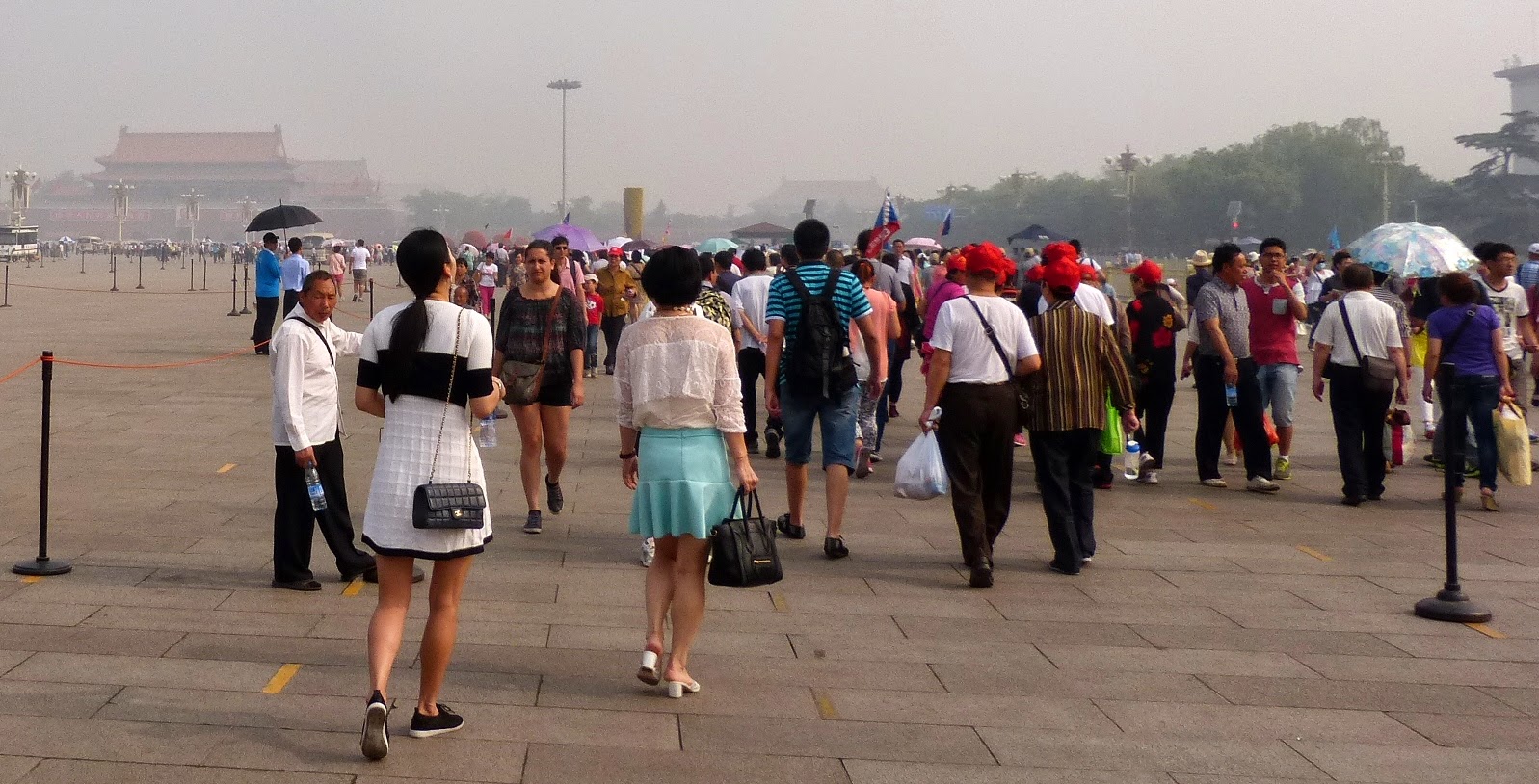 The crowds were again enormous.

The line to get into Mao's Mausoleum. 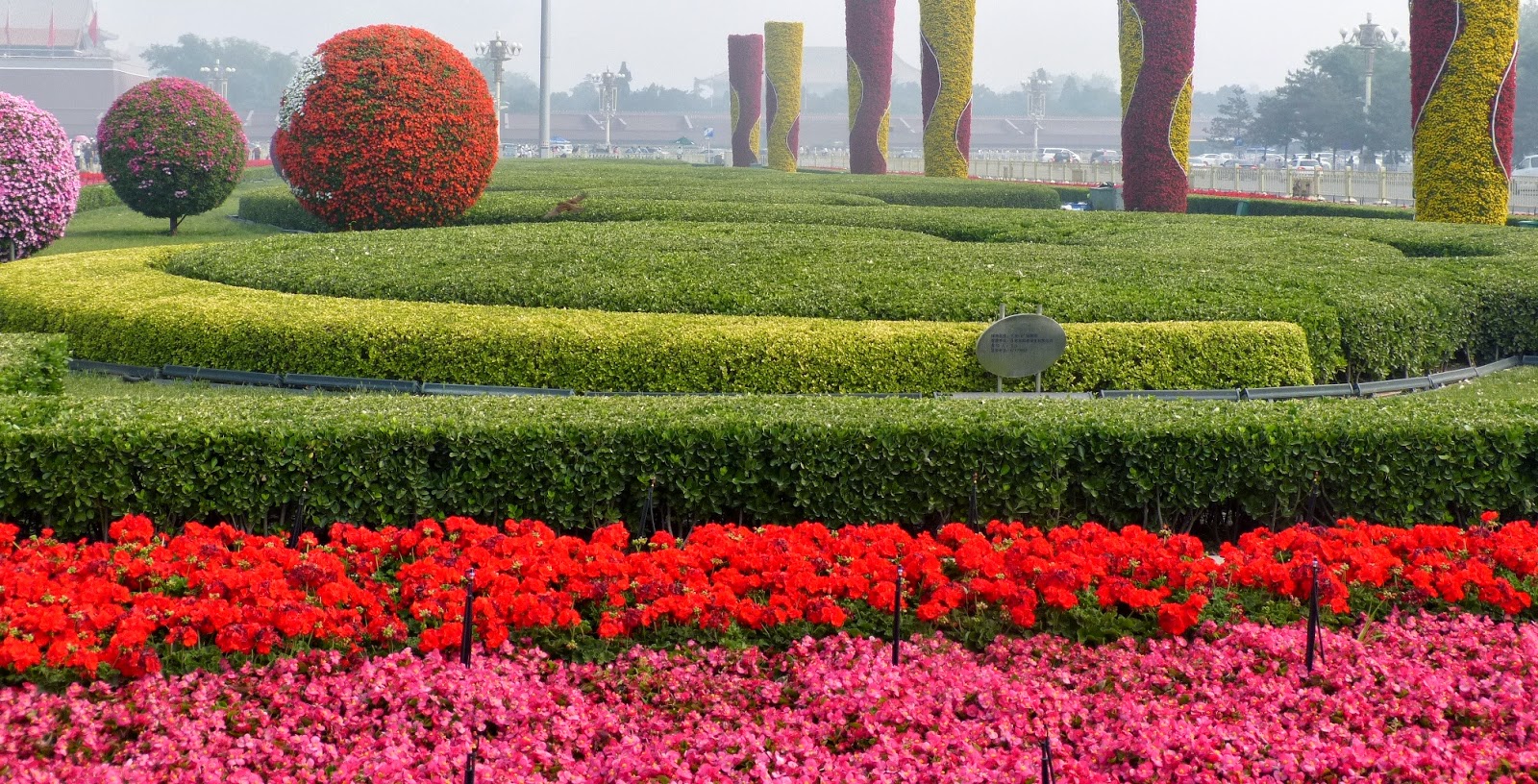 I was intrigued by the girls in the same outfit. 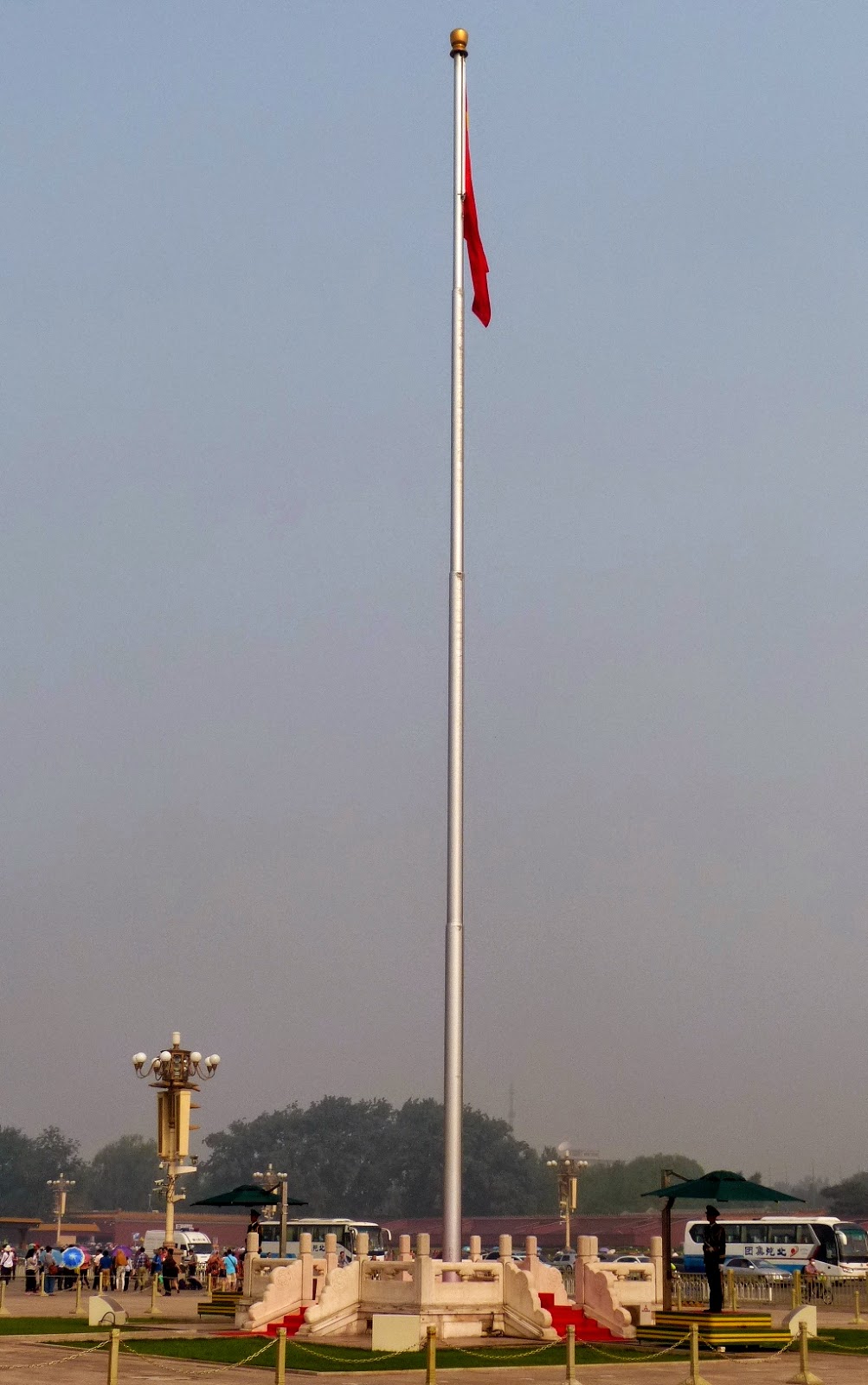 This looked to be a flame of remembrance guarded by two soldiers under cover. 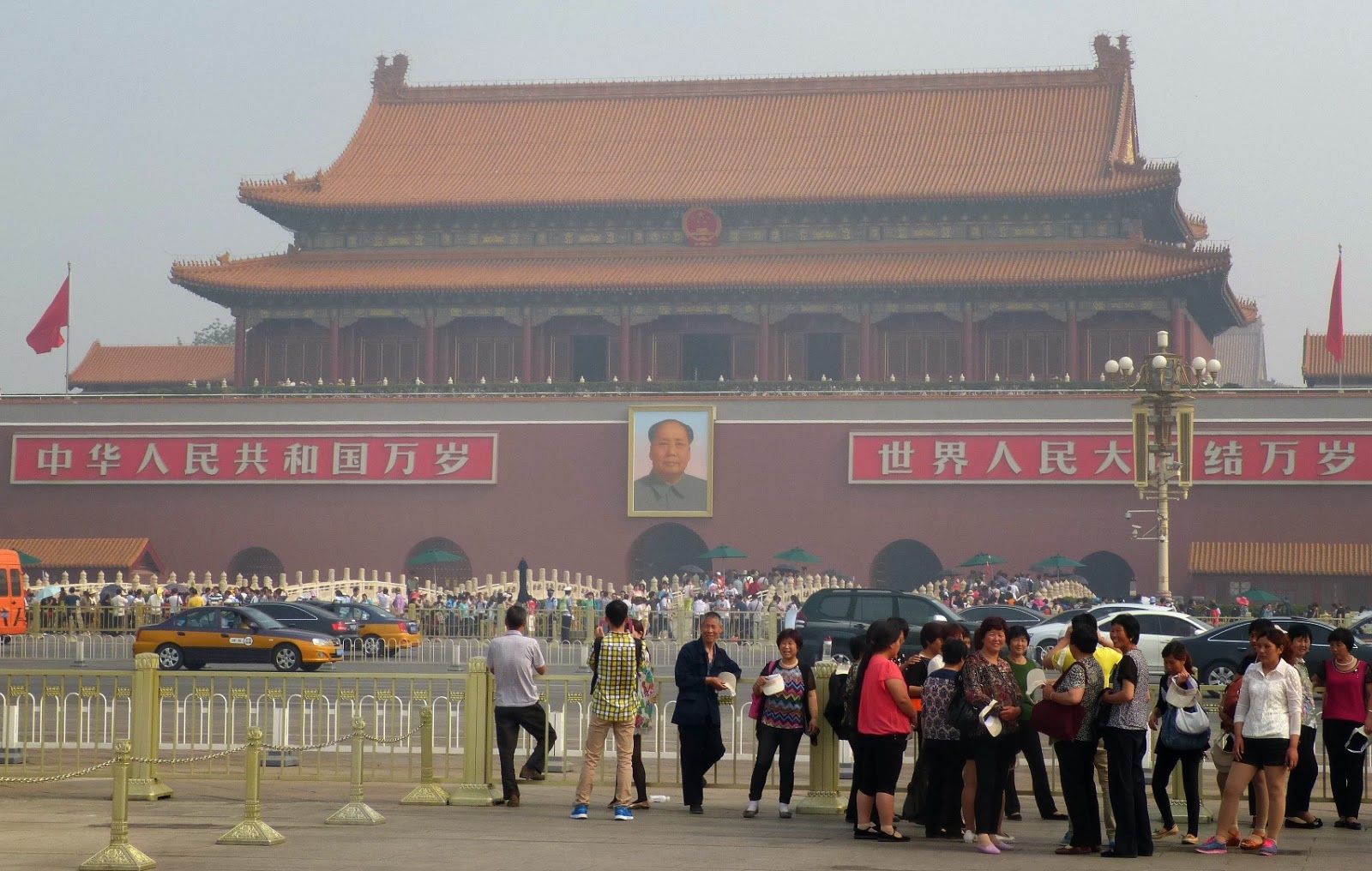 The pollution was so bad that this building was barely visible. 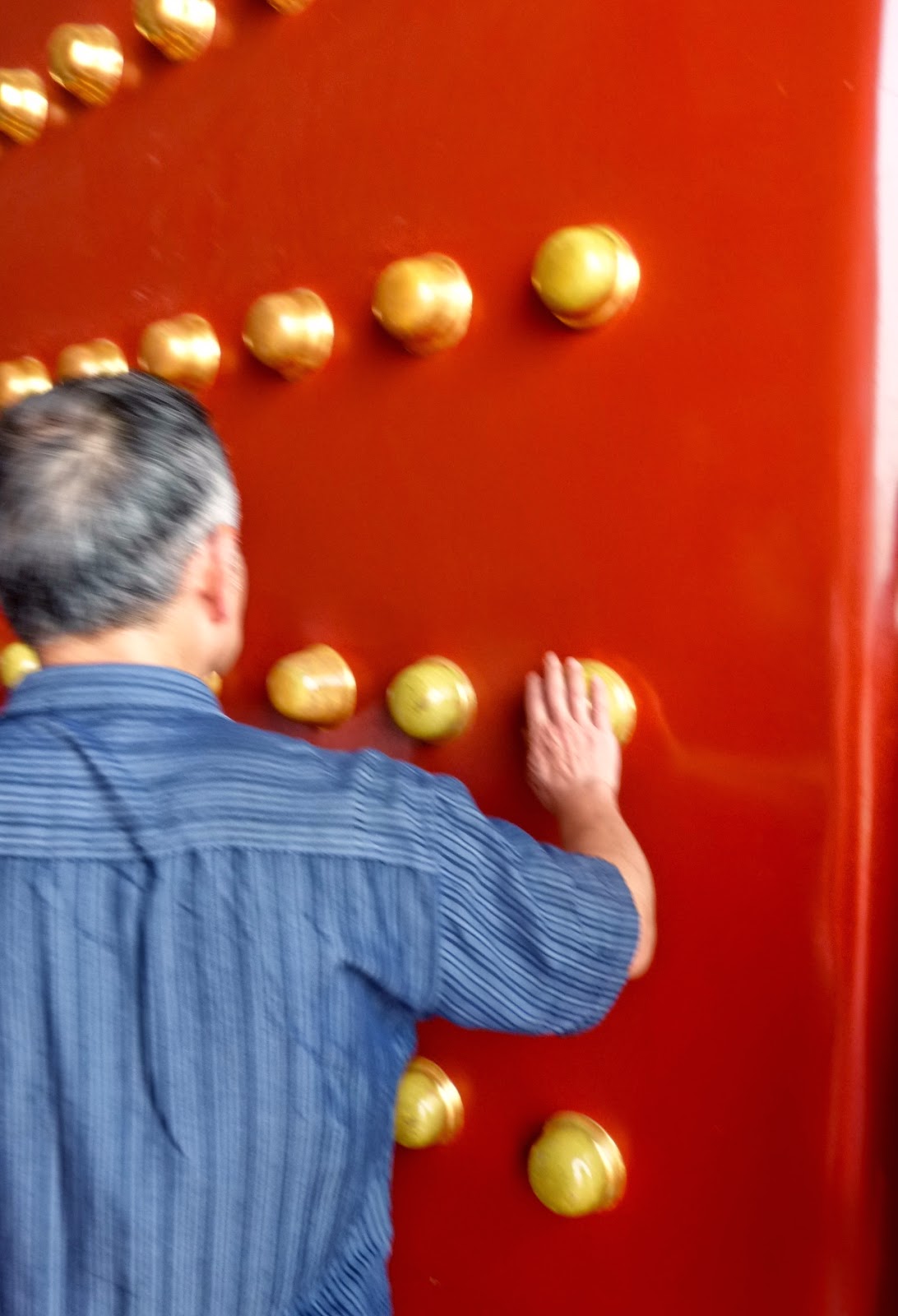 It was apparently good luck to touch the knobs on the door. 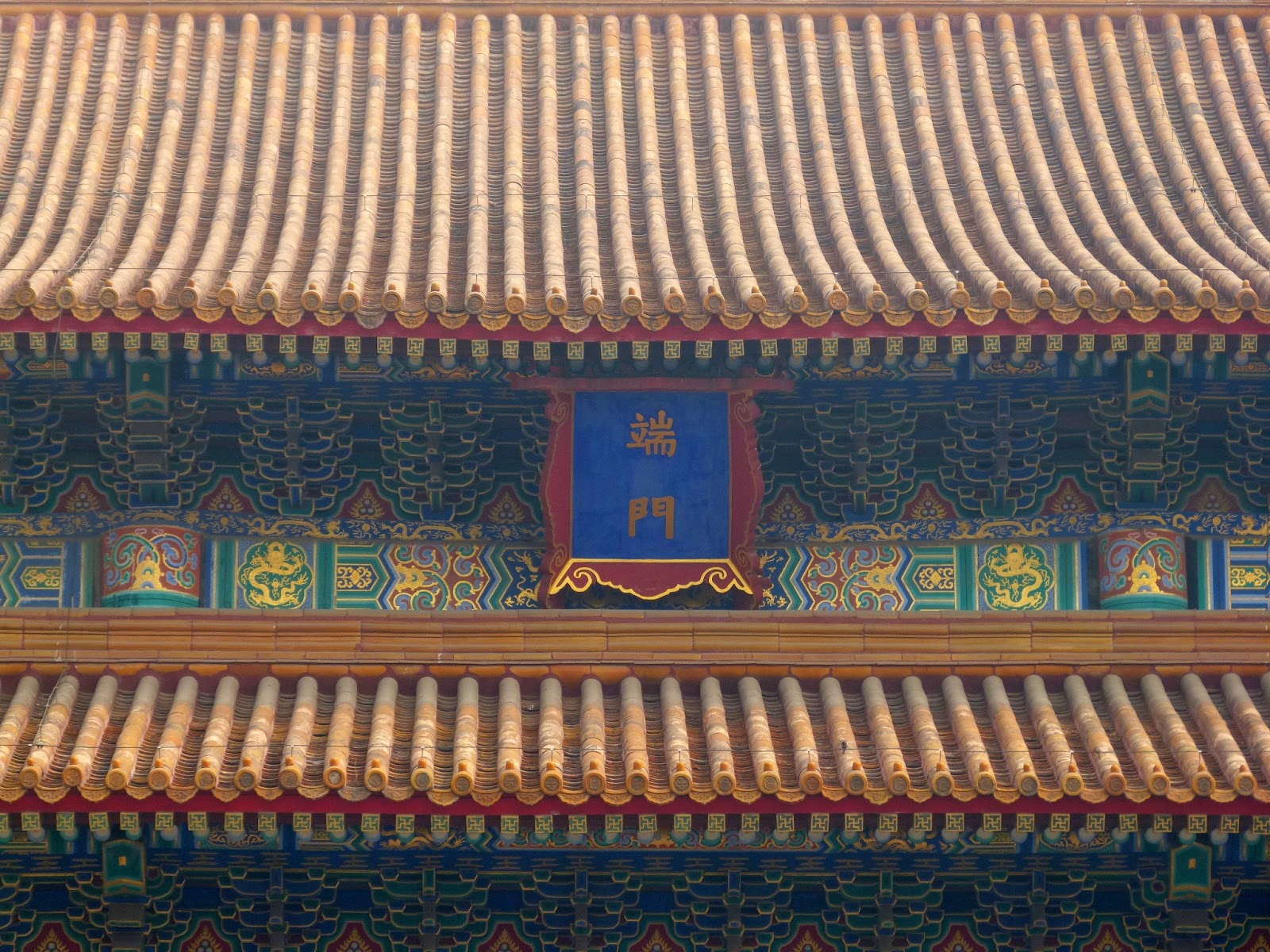 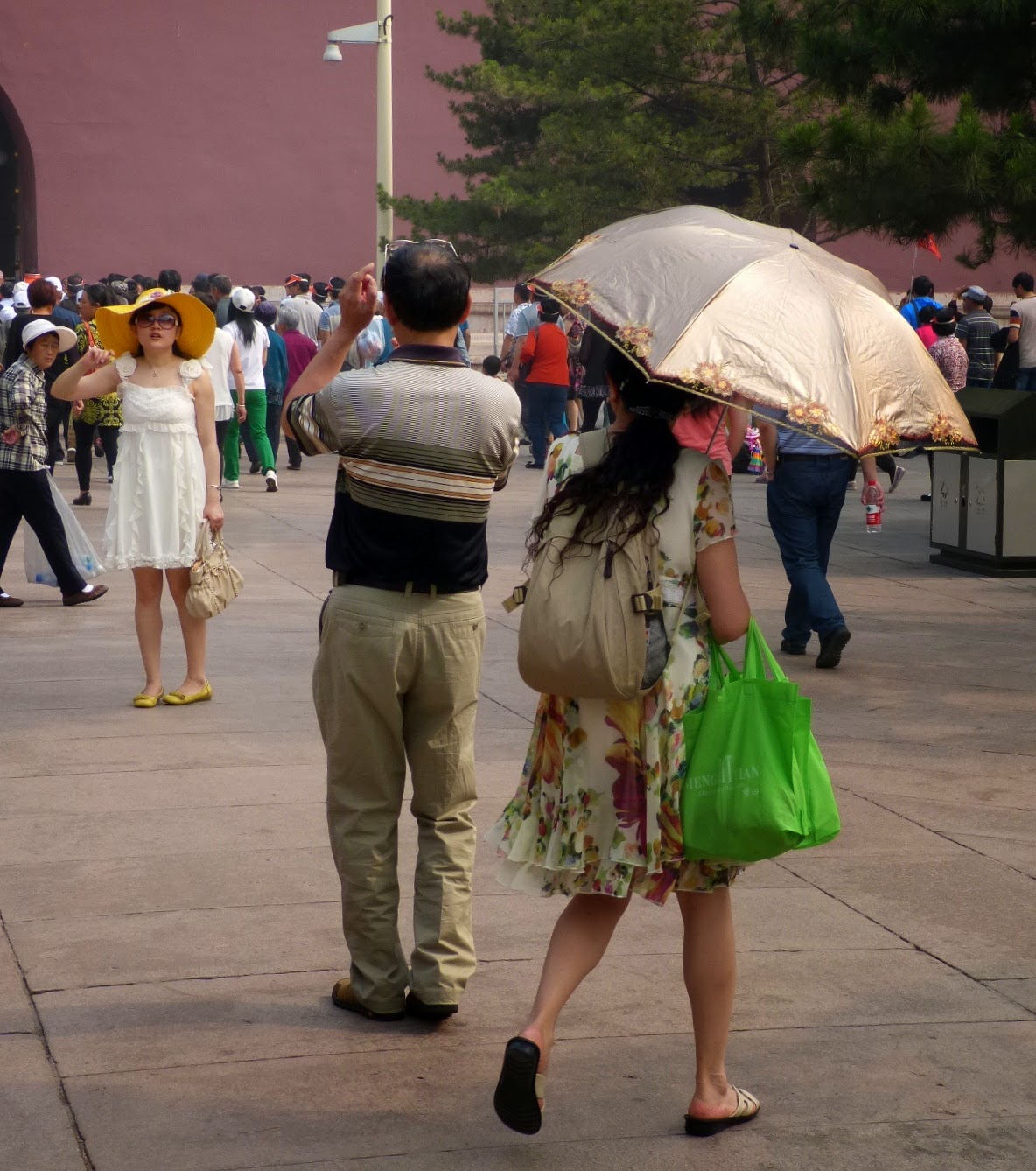 Most of the people were Chinese with very few western tourists. I liked the umbrella. 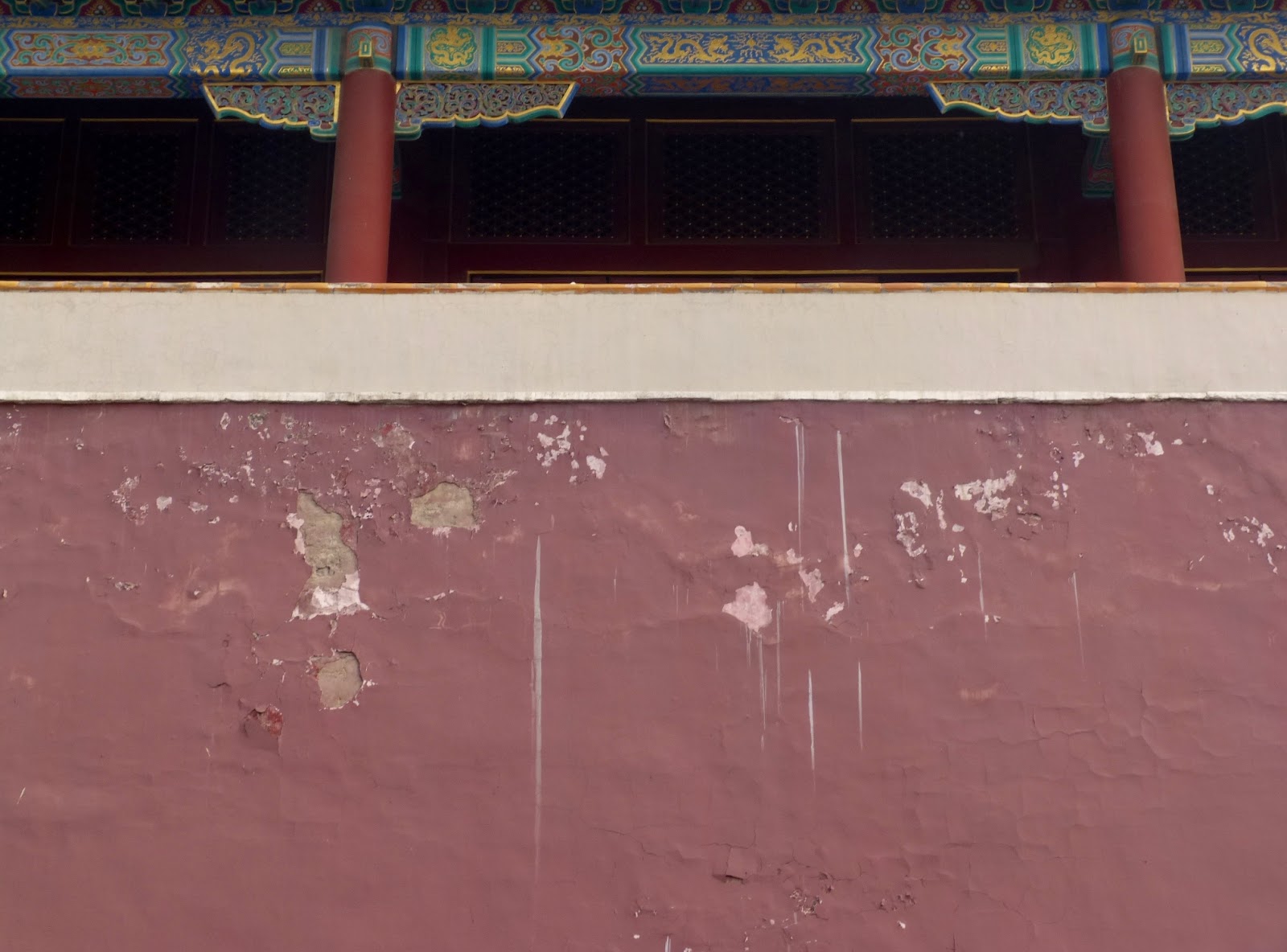 Some of the buildings could use a bit of repair. 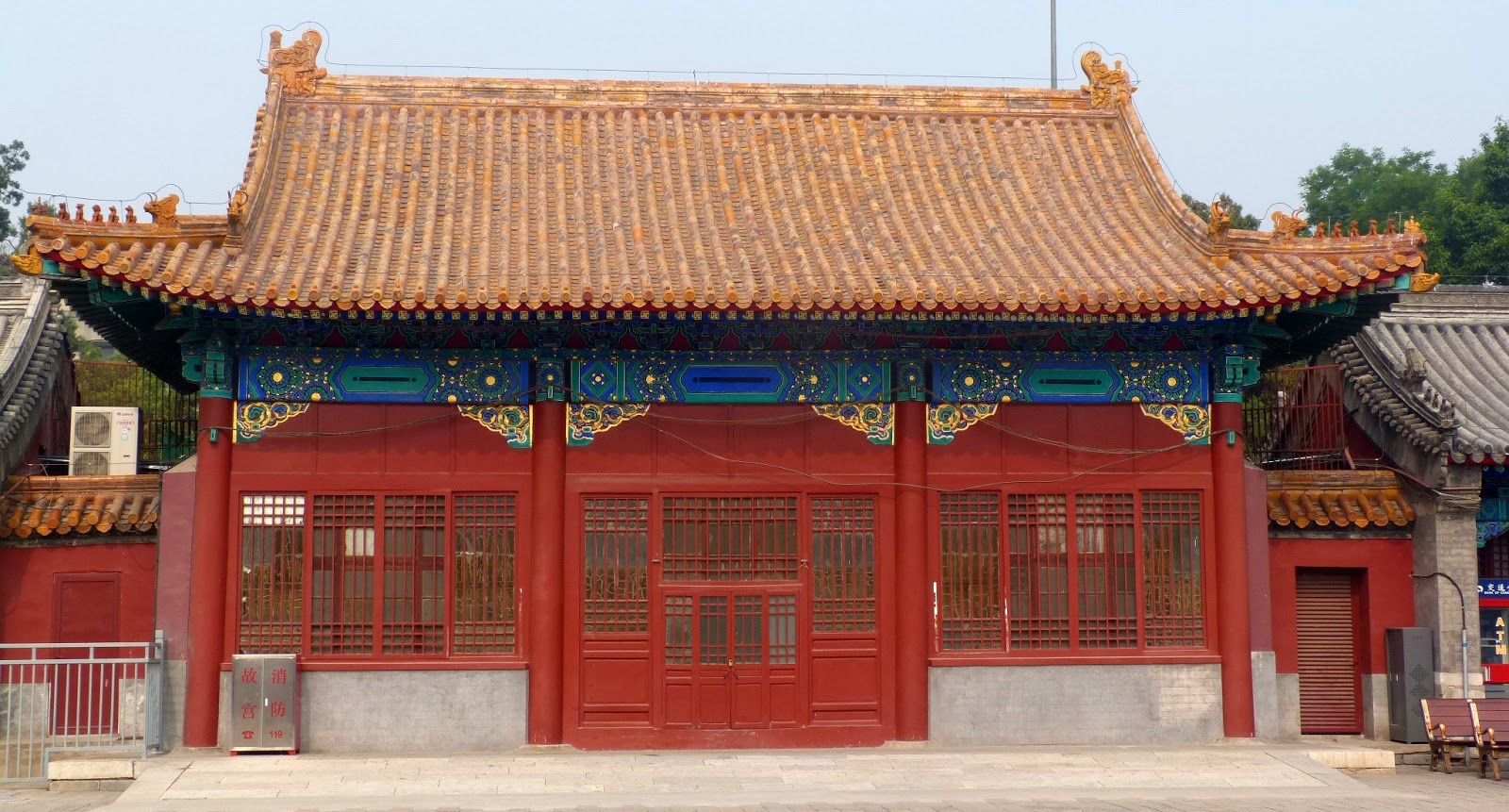 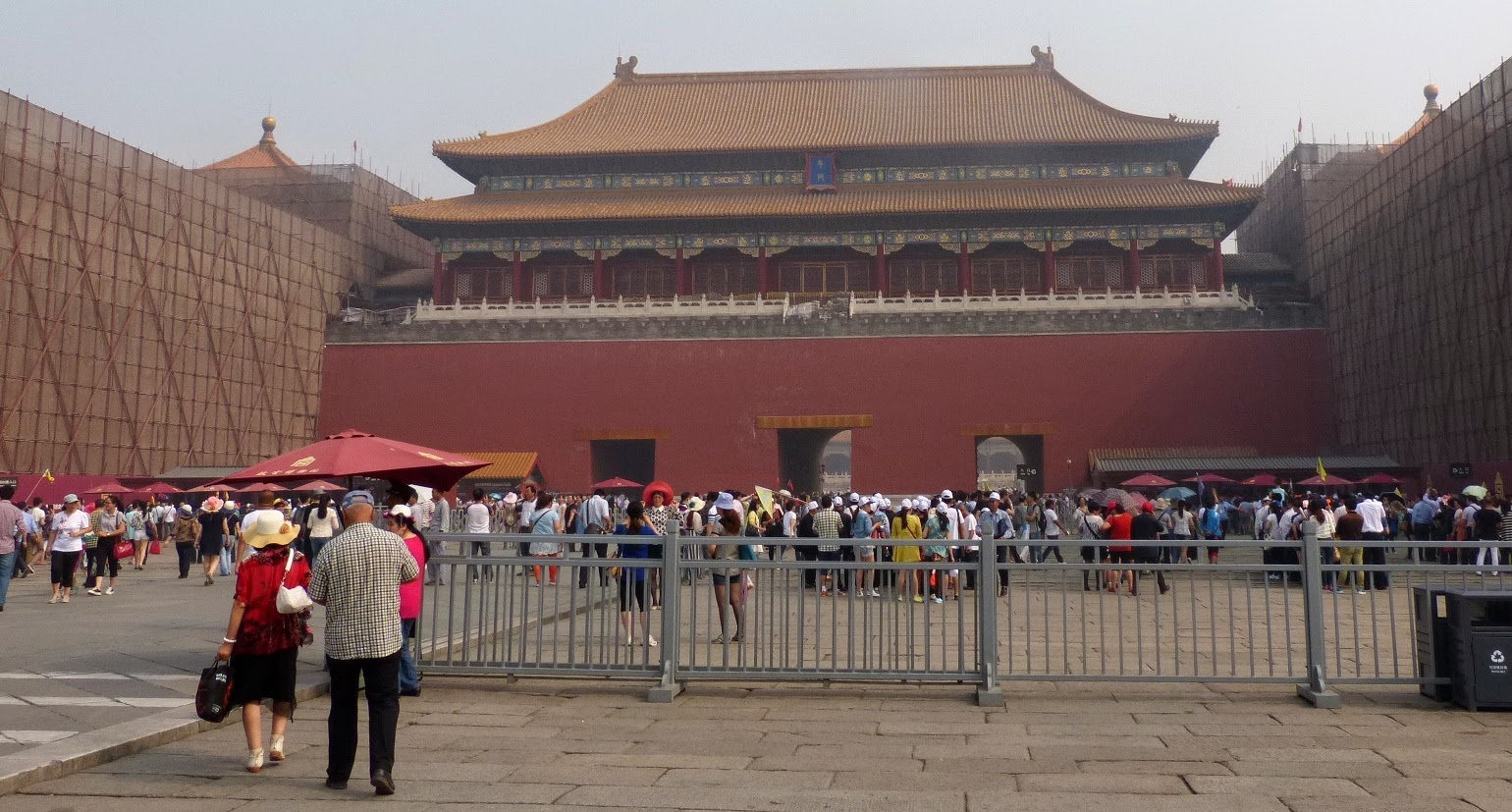 Entrance to the Forbidden Palace. 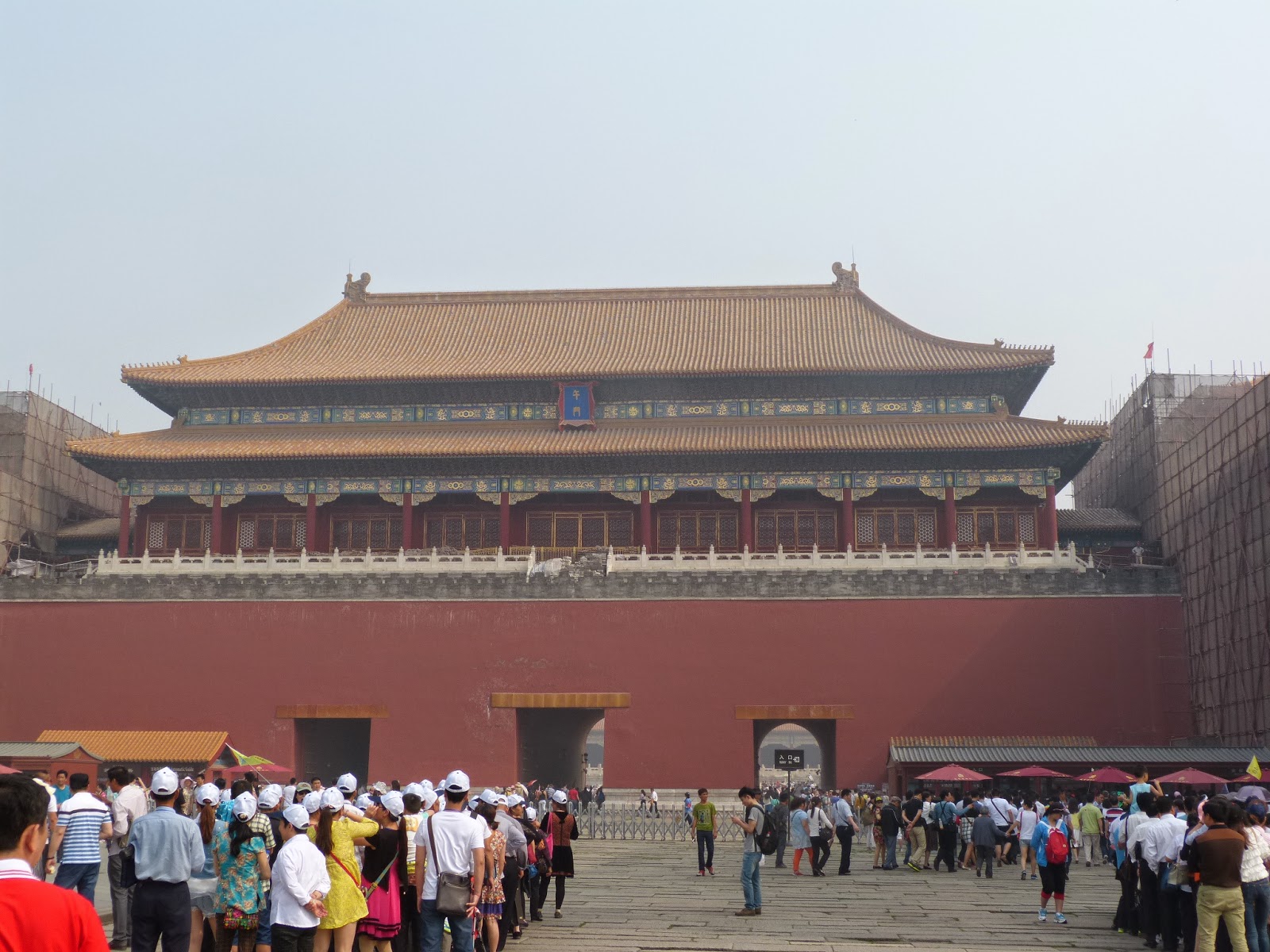 I looked at the long lines and decided to wimp it. There comes a stage for every tourist when you can't fight the crowds any more. I had reached that stage and I needed to be back at the hotel by noon to check out. 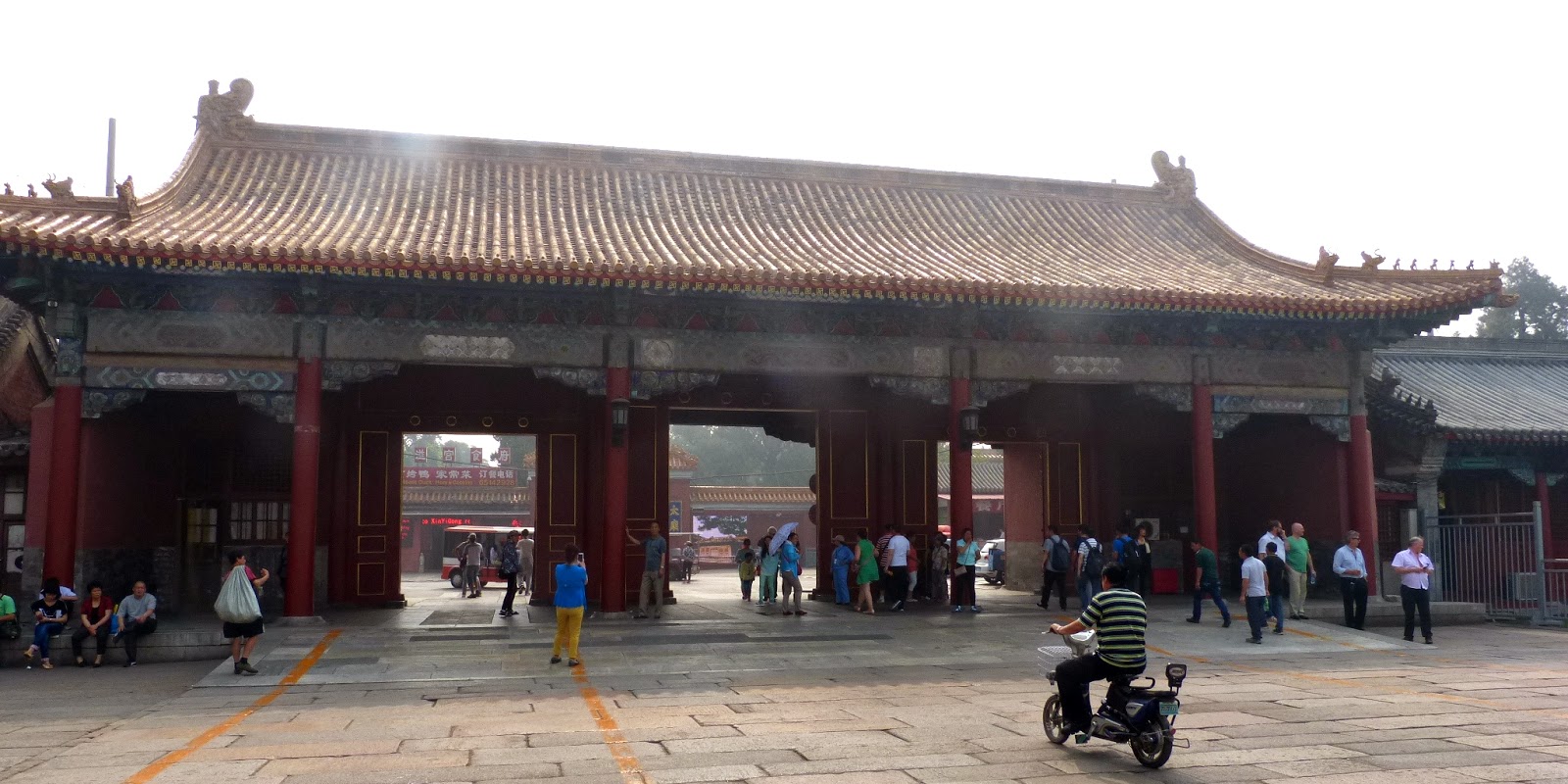 So I went out via a side exit. 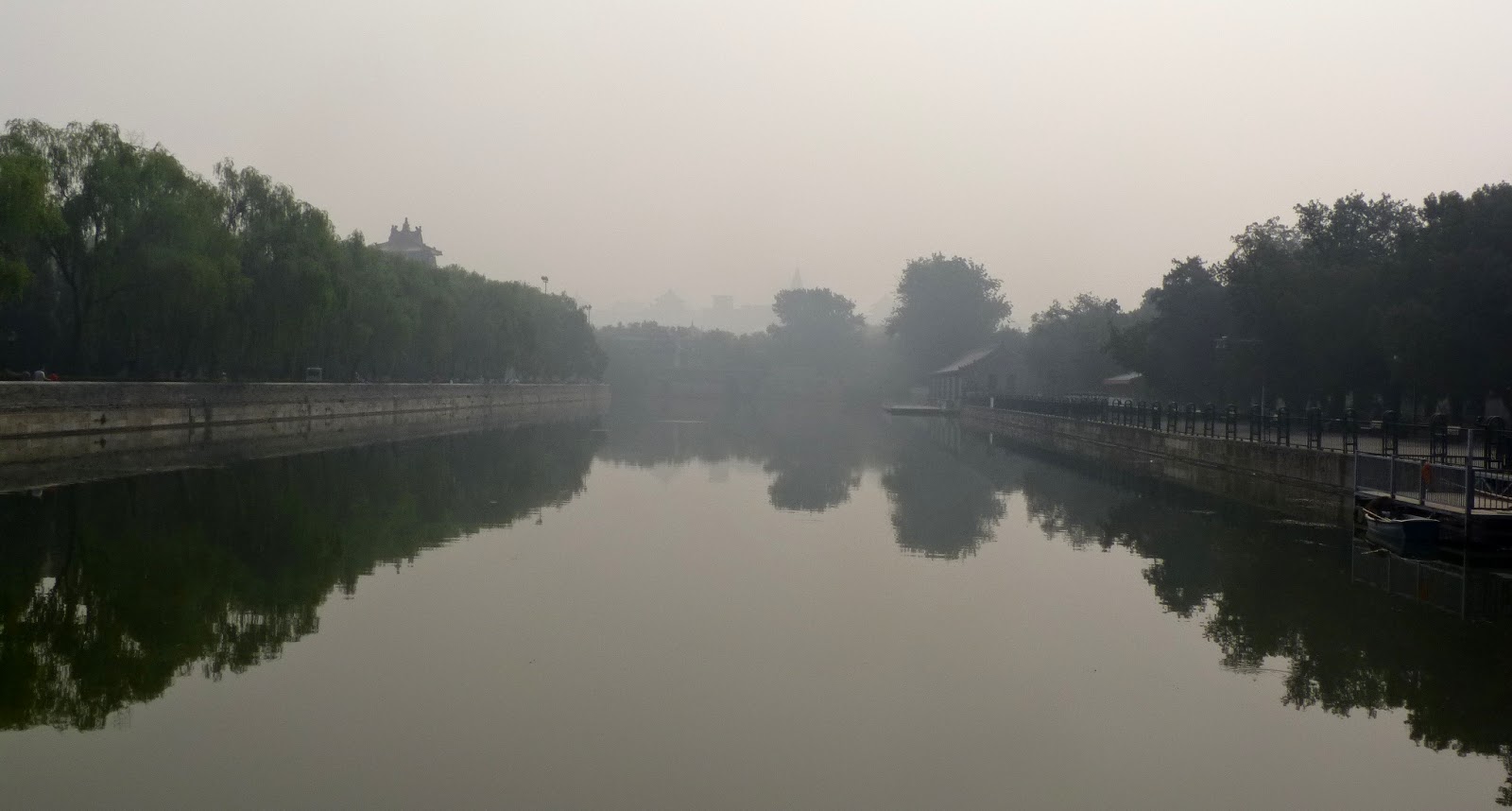 And found this lovely moat that encircles the Palace. 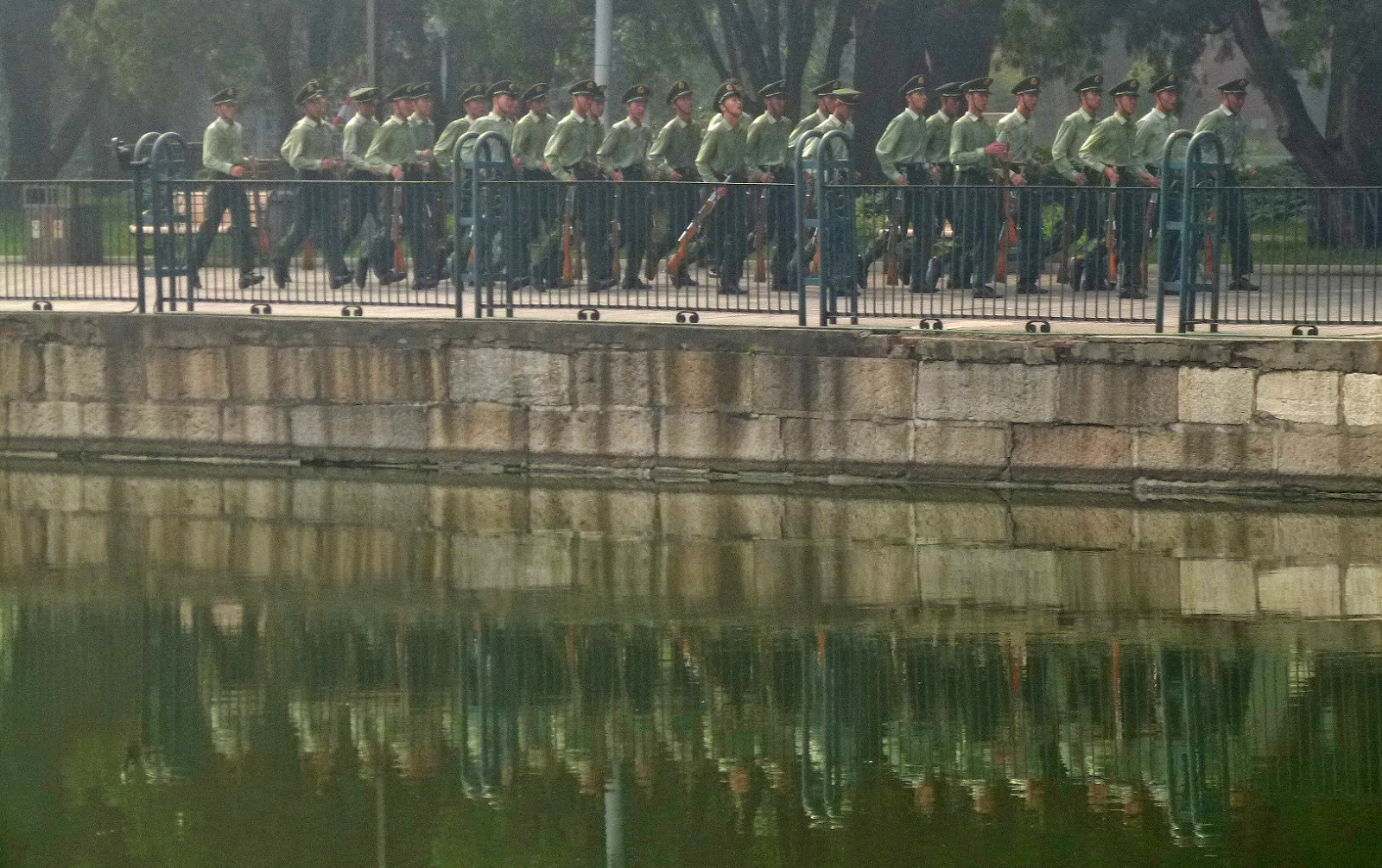 Nearby seems to be some sort of military establishment. The troops were exercising by jogging back and forth about 100 yards. 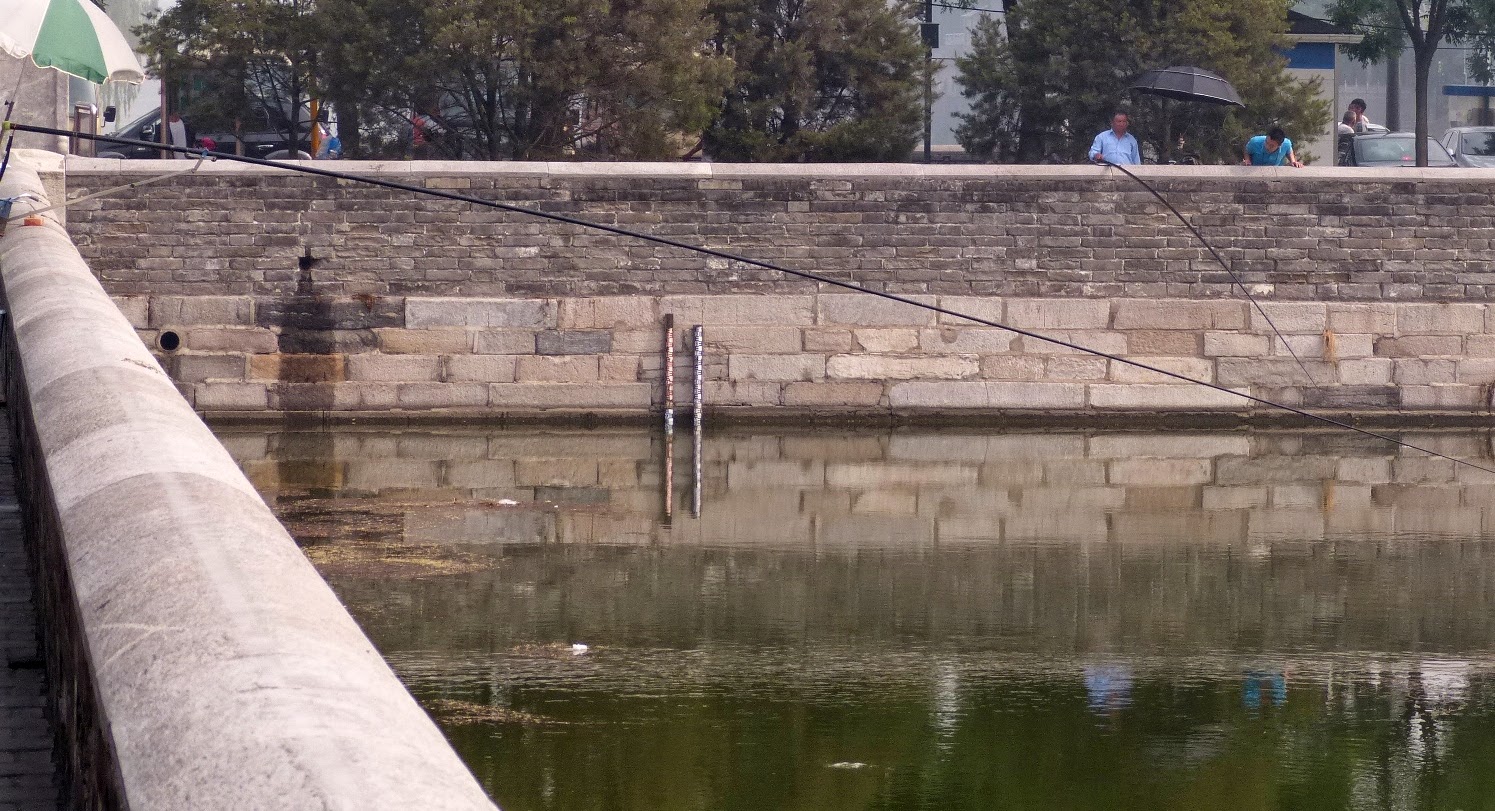 Quite a few fisherman were trying their luck and some had done quite well.

I decided to walk back to my hotel This street was fairly quiet. 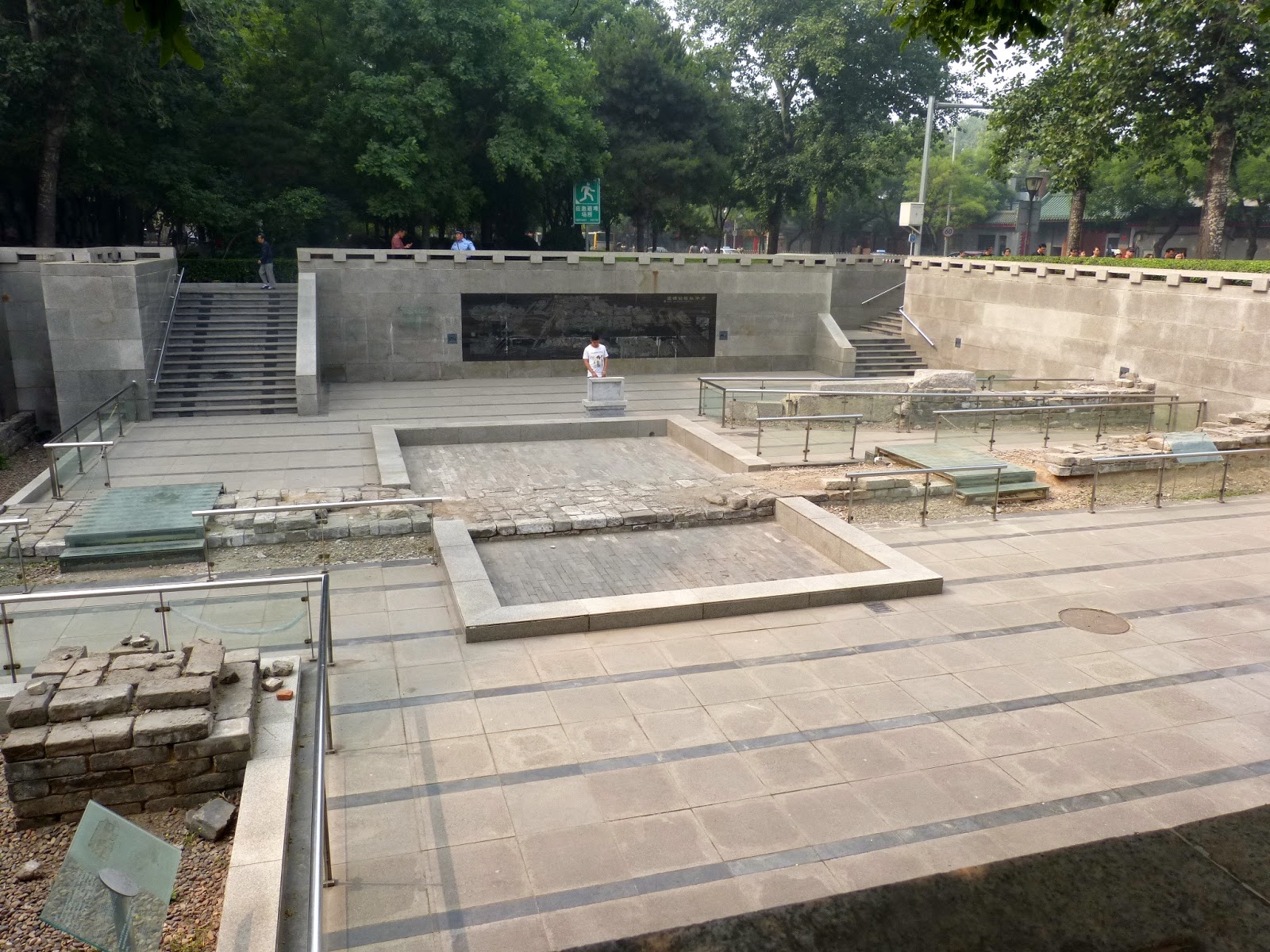 Some sort of archaeological excavation. part of the frustration of being a tourist is not knowing the what and the why. 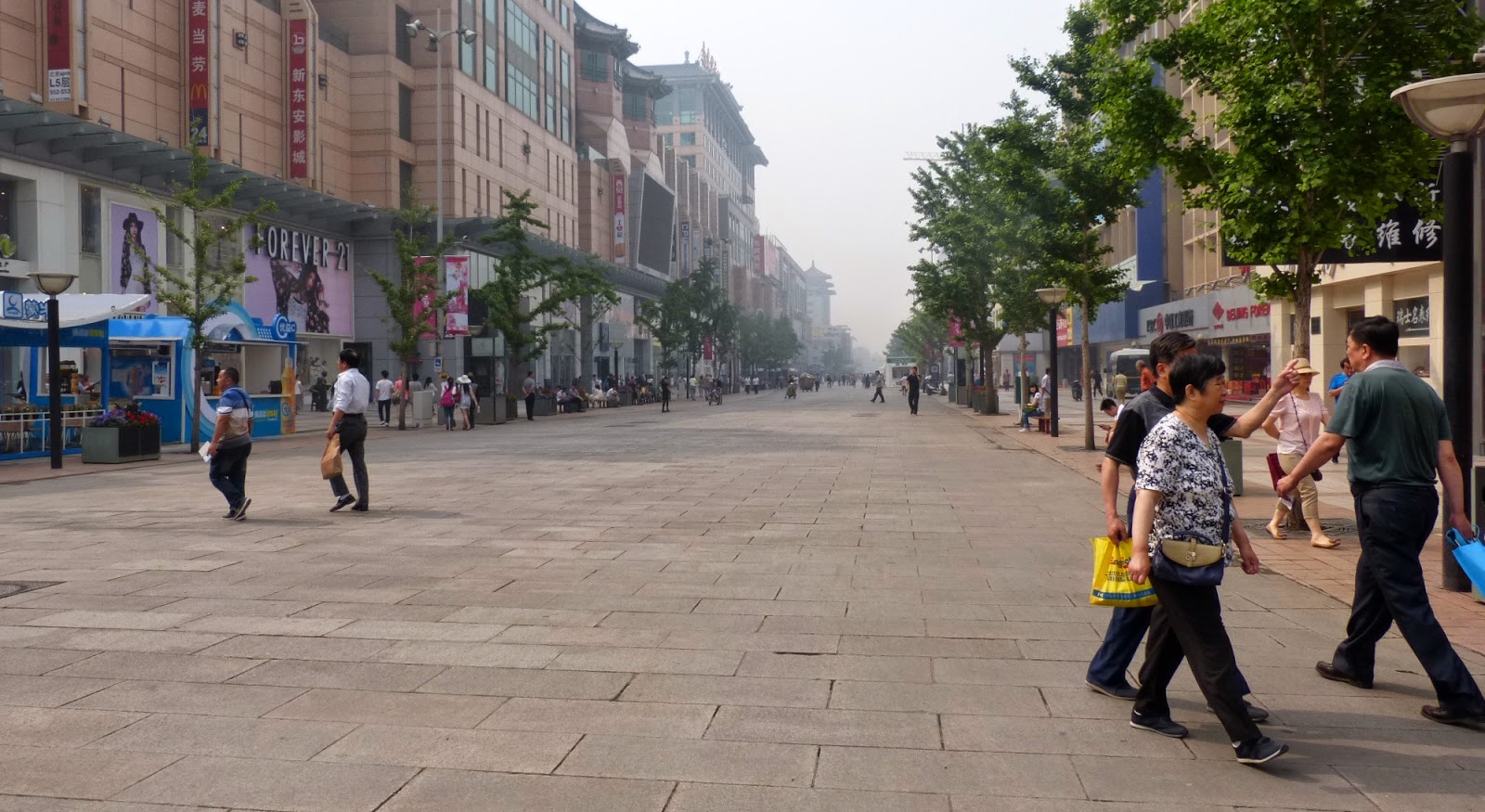 Pedestrian mall in what appeared to be the super rich store area. 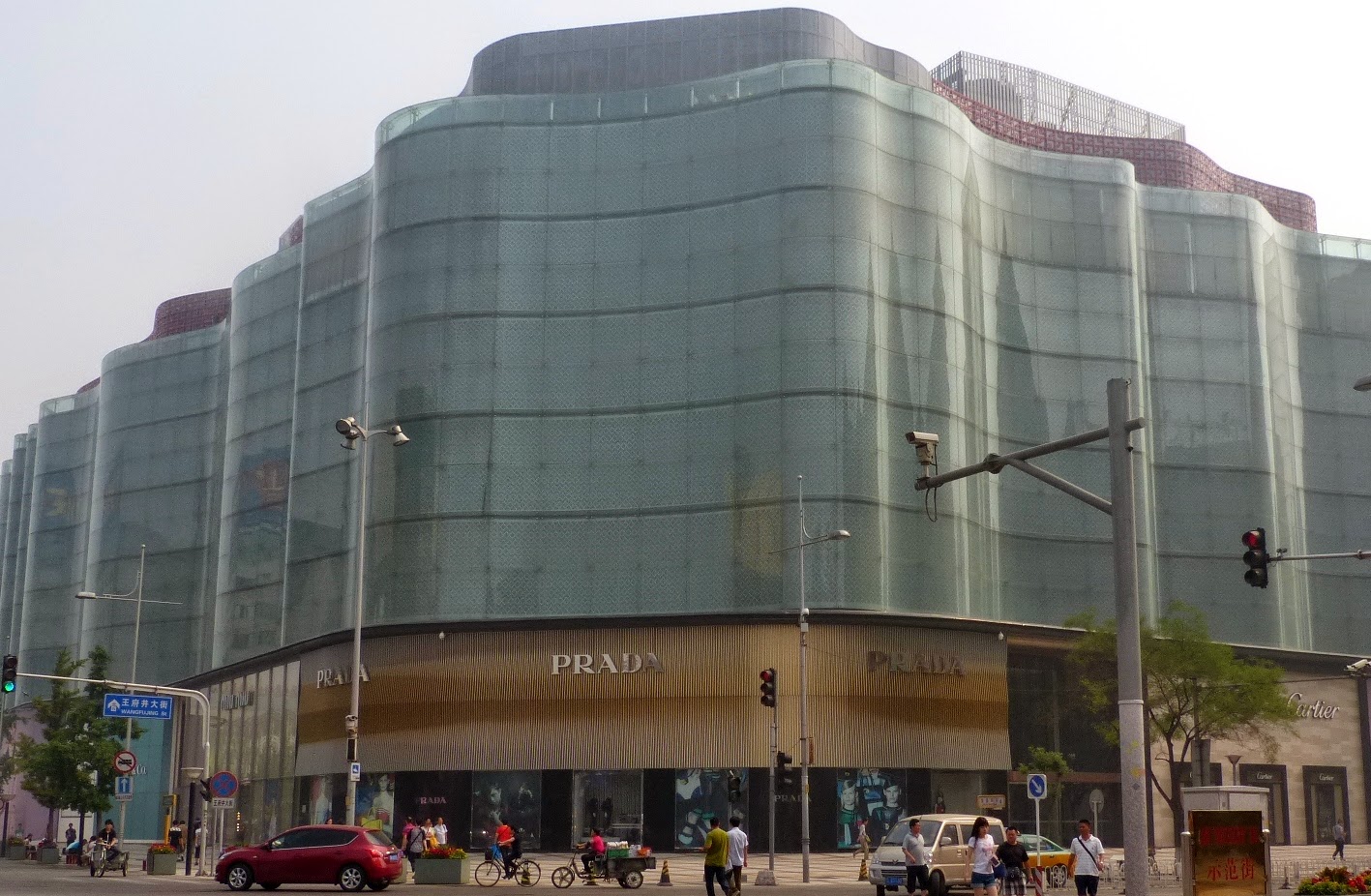 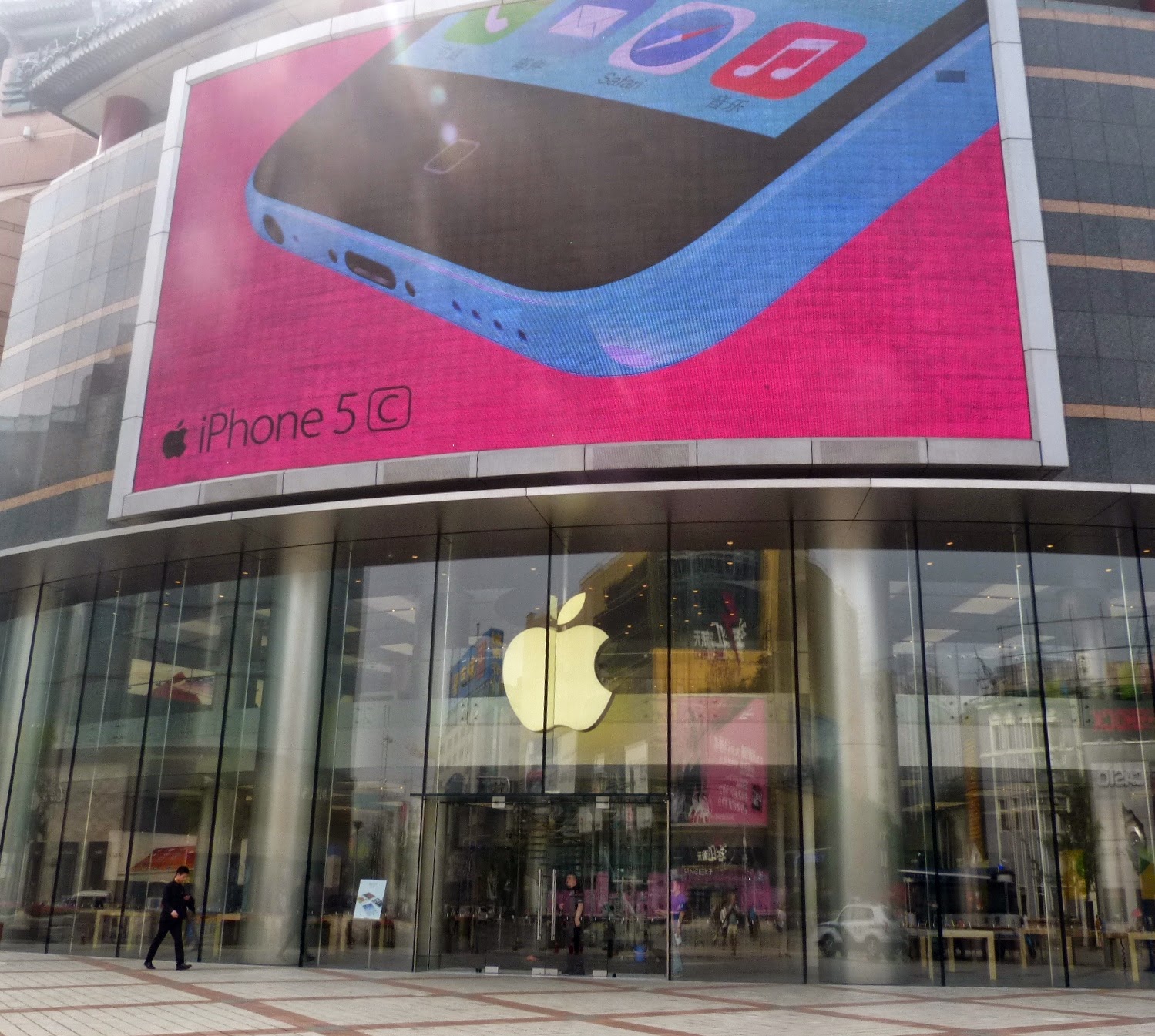 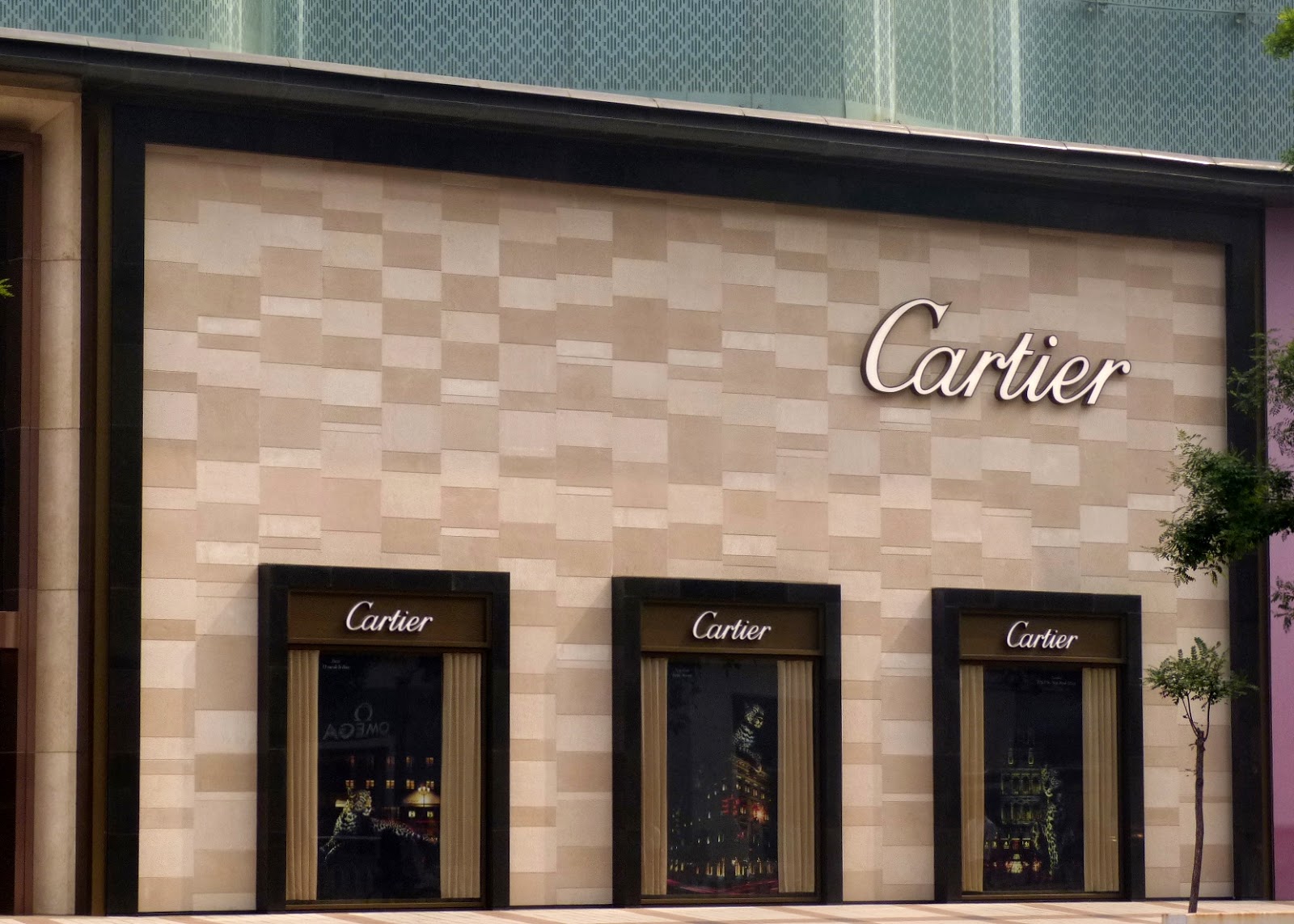 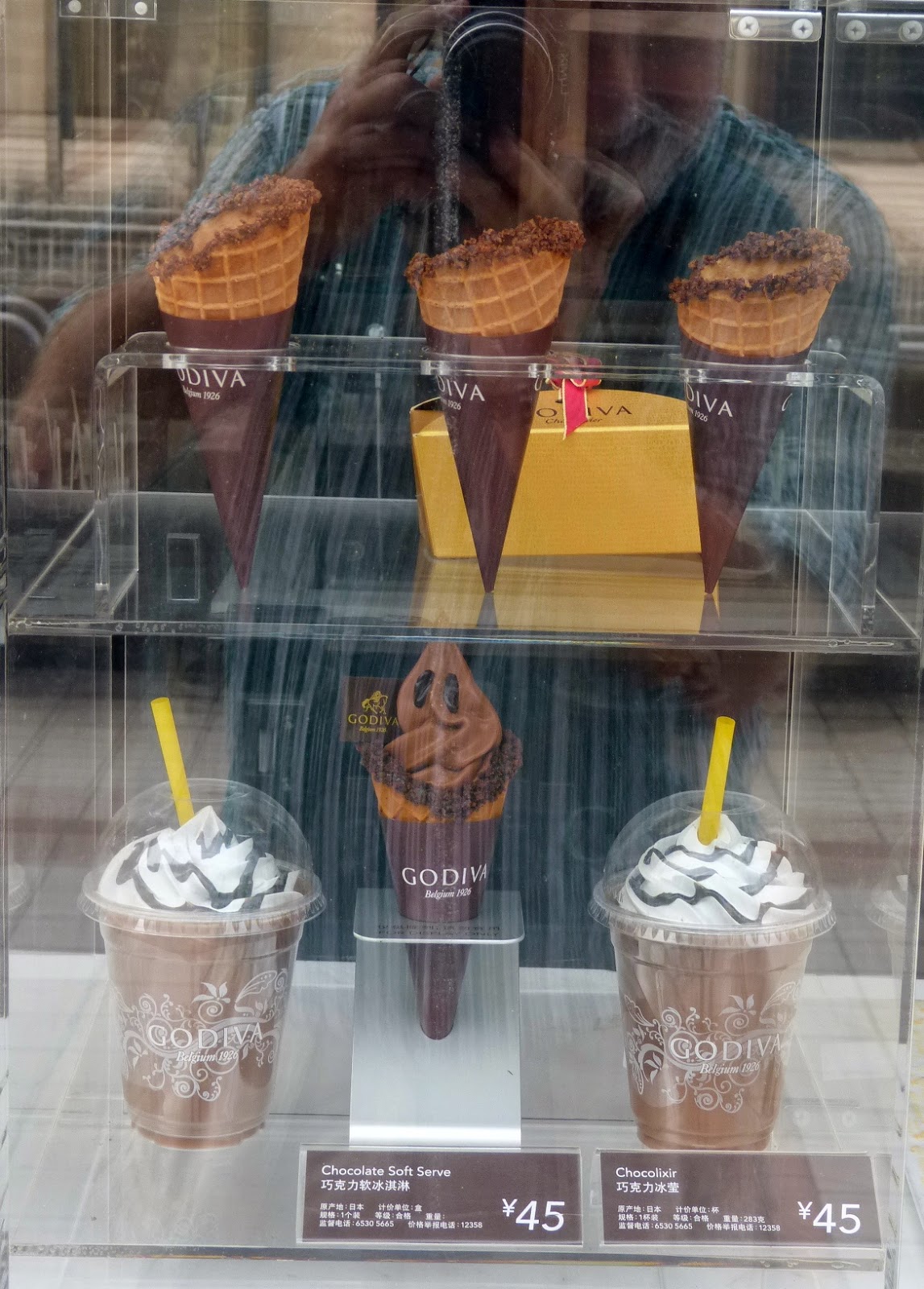 Look at the prices for the Godiva ice cream at 6 yuan to $1. 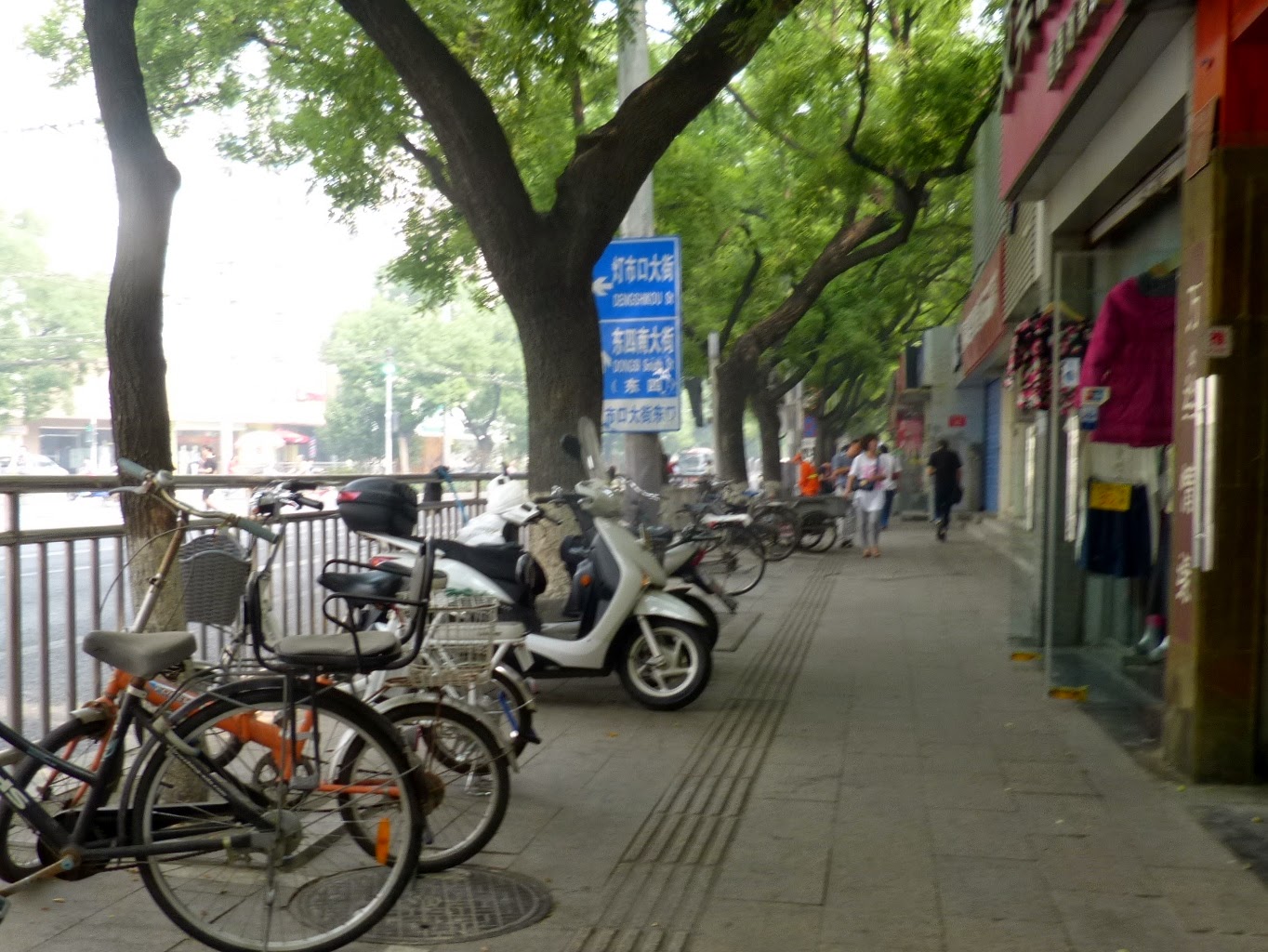 This was my last morning in Beijing. My train to Hanoi was due to leave at 3:45 pm. I had a quick bite to eat in the restaurant next door to the Hotel 161 and then checked out. I complimented the girls at the front desk on their good English and their smiles. They giggled a little and then one of them reached down to a drawer and presented me with a pen. 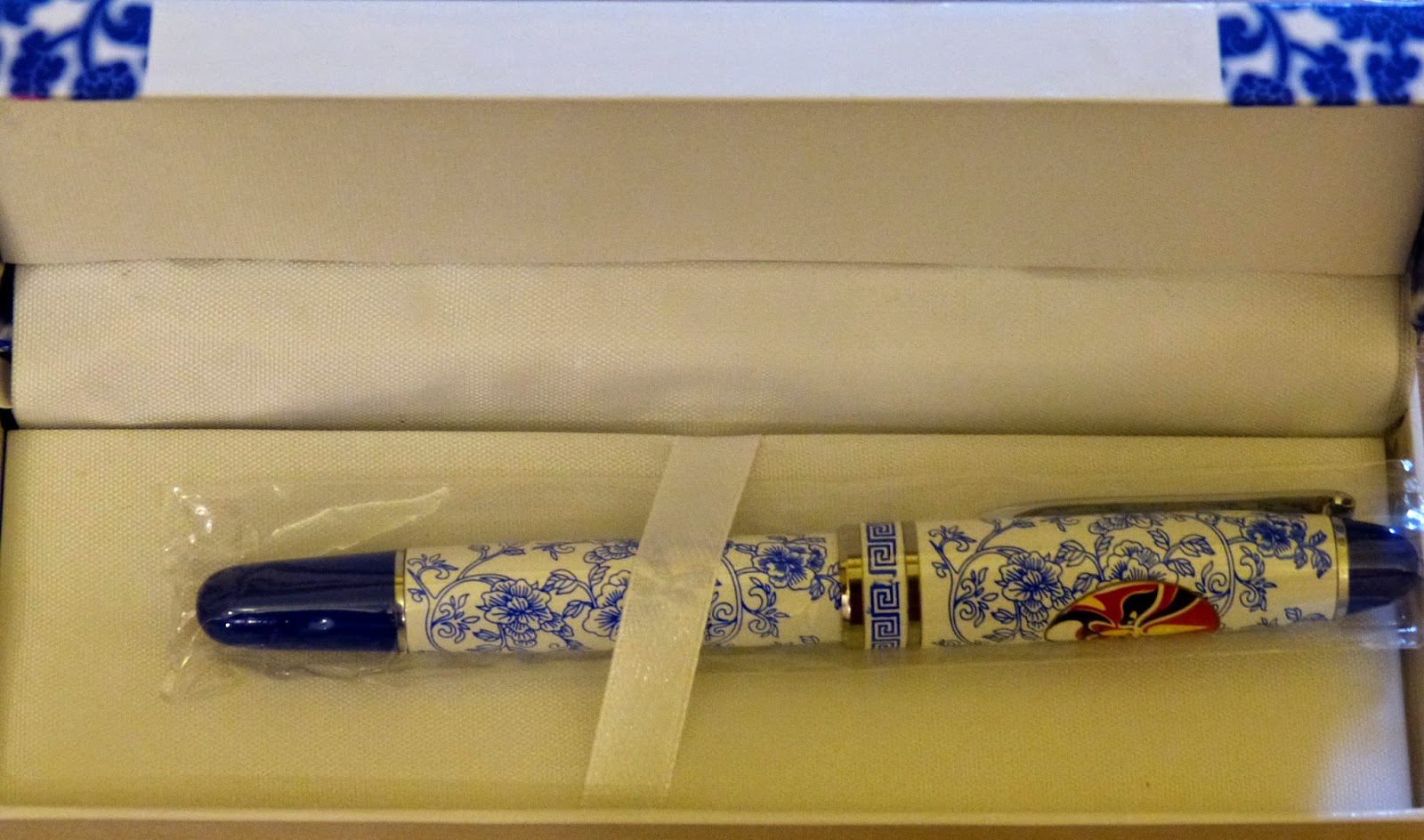 I still think the Asians think I look like a smiling Santa Claus.

Some thoughts on Beijing. The Chinese have obviously made great strides in bringing Beijing into the 21st century. In some ways with their subway, fast trains and freeways, they may now lead the world. There still is a lot of the old China in Beijing. You only have to walk a few yards down the lane from the hotel to enter an entirely different world. The pollution is dreadful and it's going to cause tremendous health problems in coming years. The tour guide for the Great Wall mentioned that over 100 million people live in the Beijing vicinity.

I don't feel a great desire to go back any time soon but I am glad I went there.