The Airbnb at Lulea

Since we have found house exchanging to work very well, I decided to try AirBnb for some of my accommodation on the trip. I've only used hotels in the major cities such as St Petersburg, Moscow, Beijing and Hanoi mainly because it makes it easier to deal with the visa process when you are asked where you are staying. It looks more official.

My first Airbnb experience was at Lulea. I had exchanged a few messages with Carl who has a cabin by a lake. He offers dinner and breakfast and pick up and delivery from the station. I arrived at the Lulea and there he was. My profile on the Airbnb website has a photo of me in normal train going outfit with the same bags so he recognized me before I recognized him. I sat in the back seat since he had brought along his enormous dog Bruno for the ride. Bruno and I got on well. A good head rub and back massage was exactly what he needed. 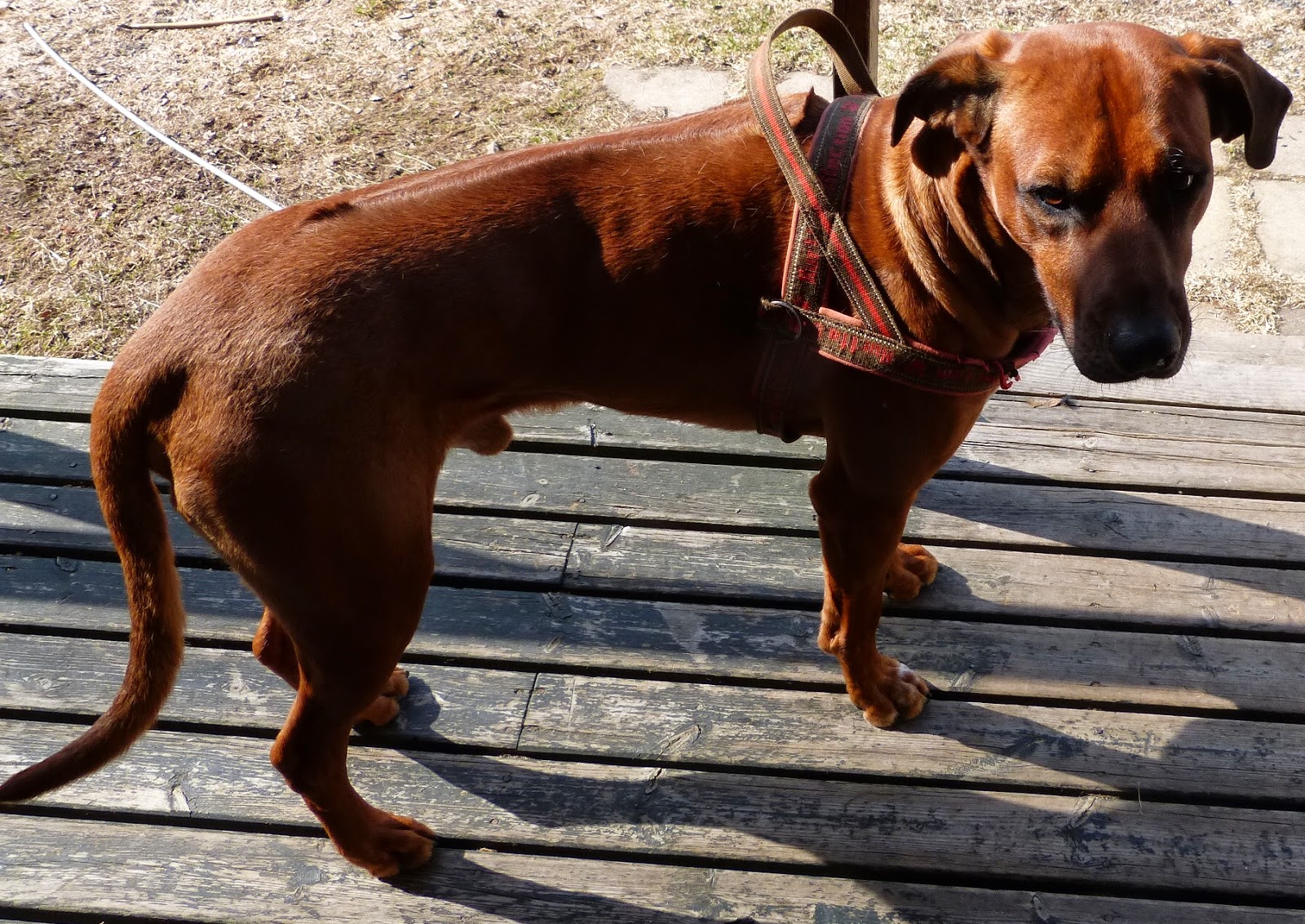 Don't be deceived by the photo. Bruno is a big dog.

Carl has a friend Evan who uses another hut by the lake and the three of us had an excellent conversation about all sorts of topics but mainly focusing on life in Sweden. Carl is in his young thirties and Evan in his late twenties. The beer and wine went well with the sausages and rice that Carl cooked so I went to bed quite tired and had a very good sleep.

I woke about 4 am to find that daylight had definitely dawned early here. I will be putting my watch forward an hour when I get to Finland. 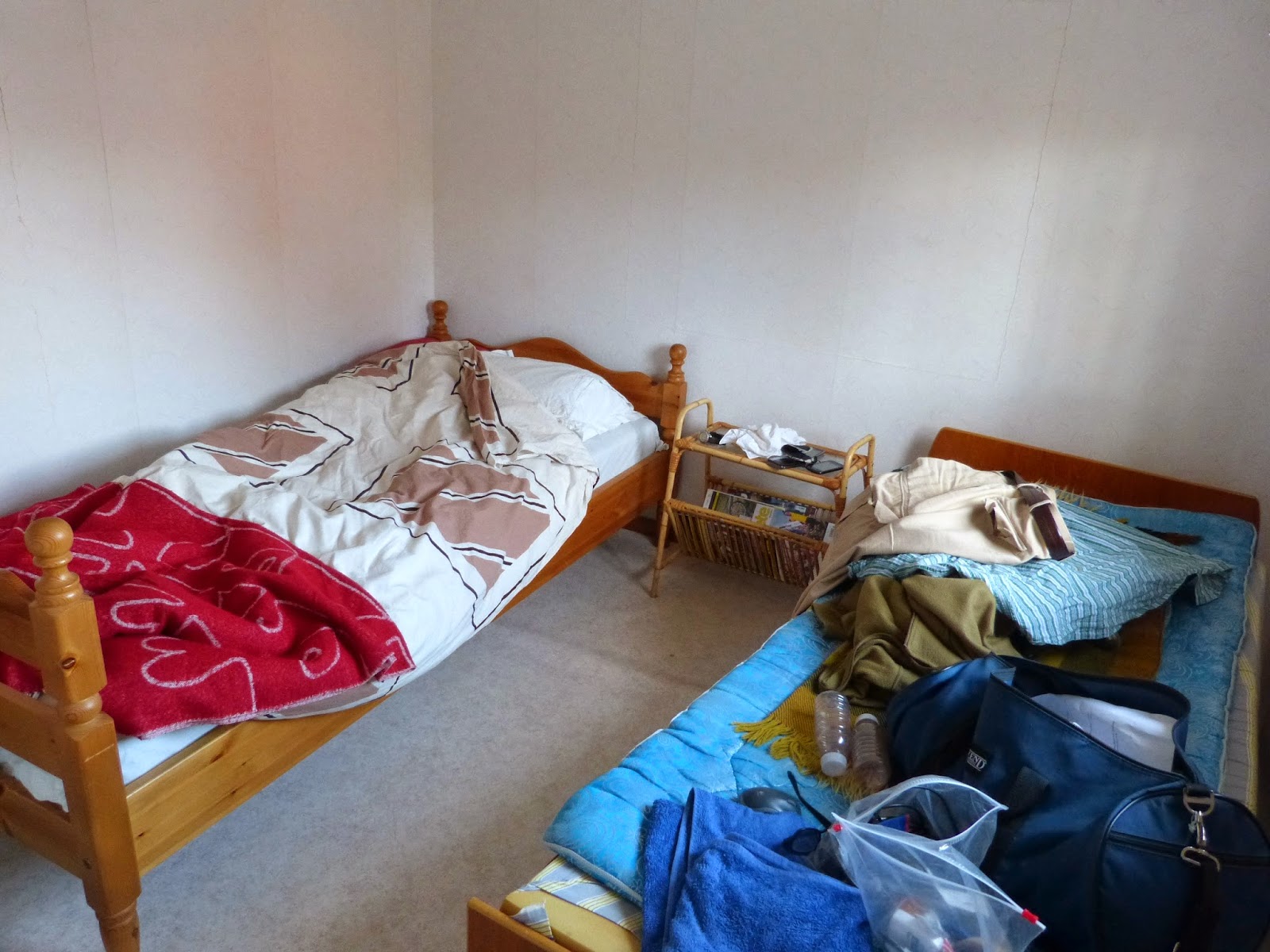 The room in the hut. I had to go to the house for the bathroom and shower which was not a problem. 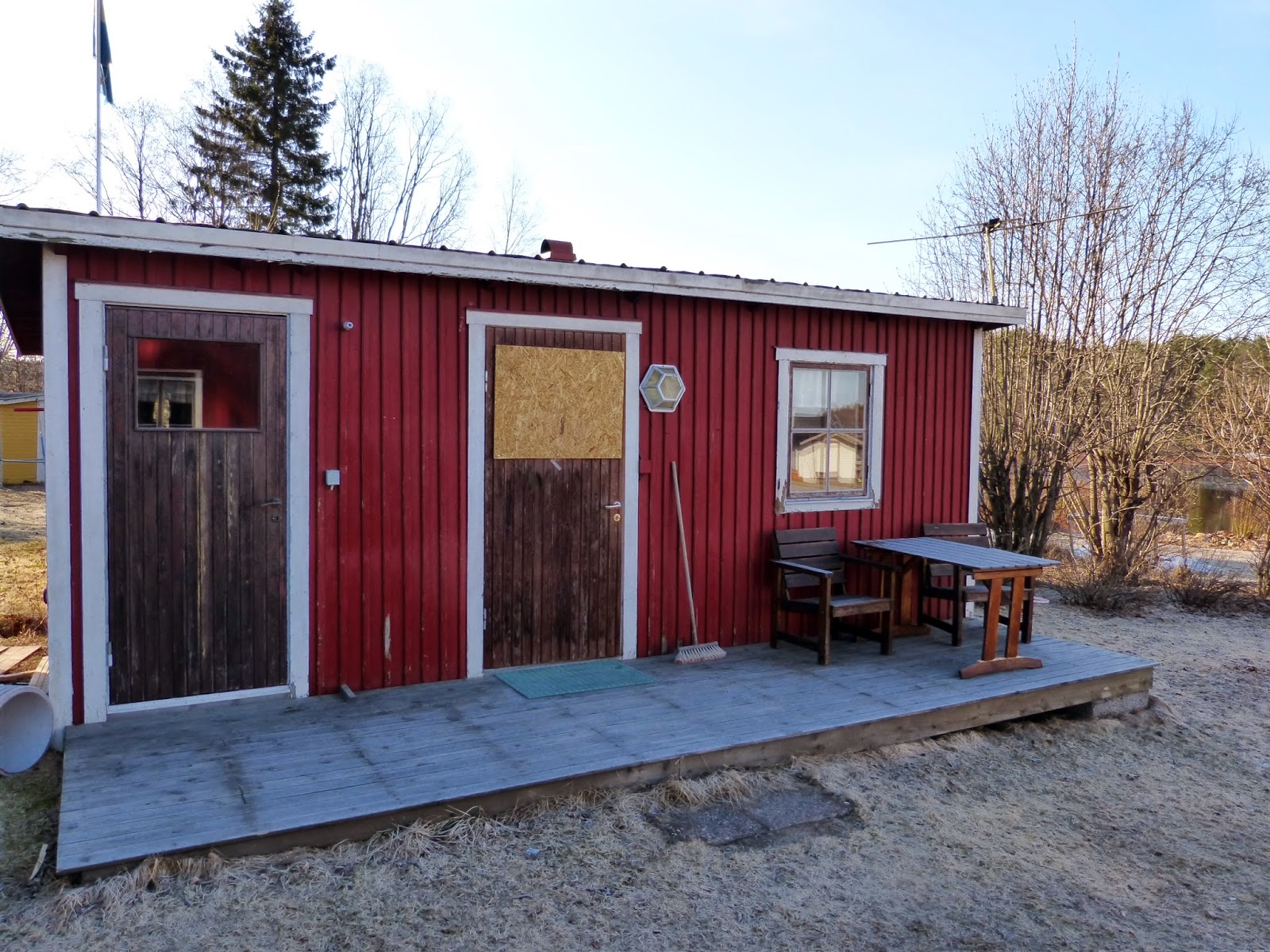 The hut. Carl turned on a heater that kept it quite warm. 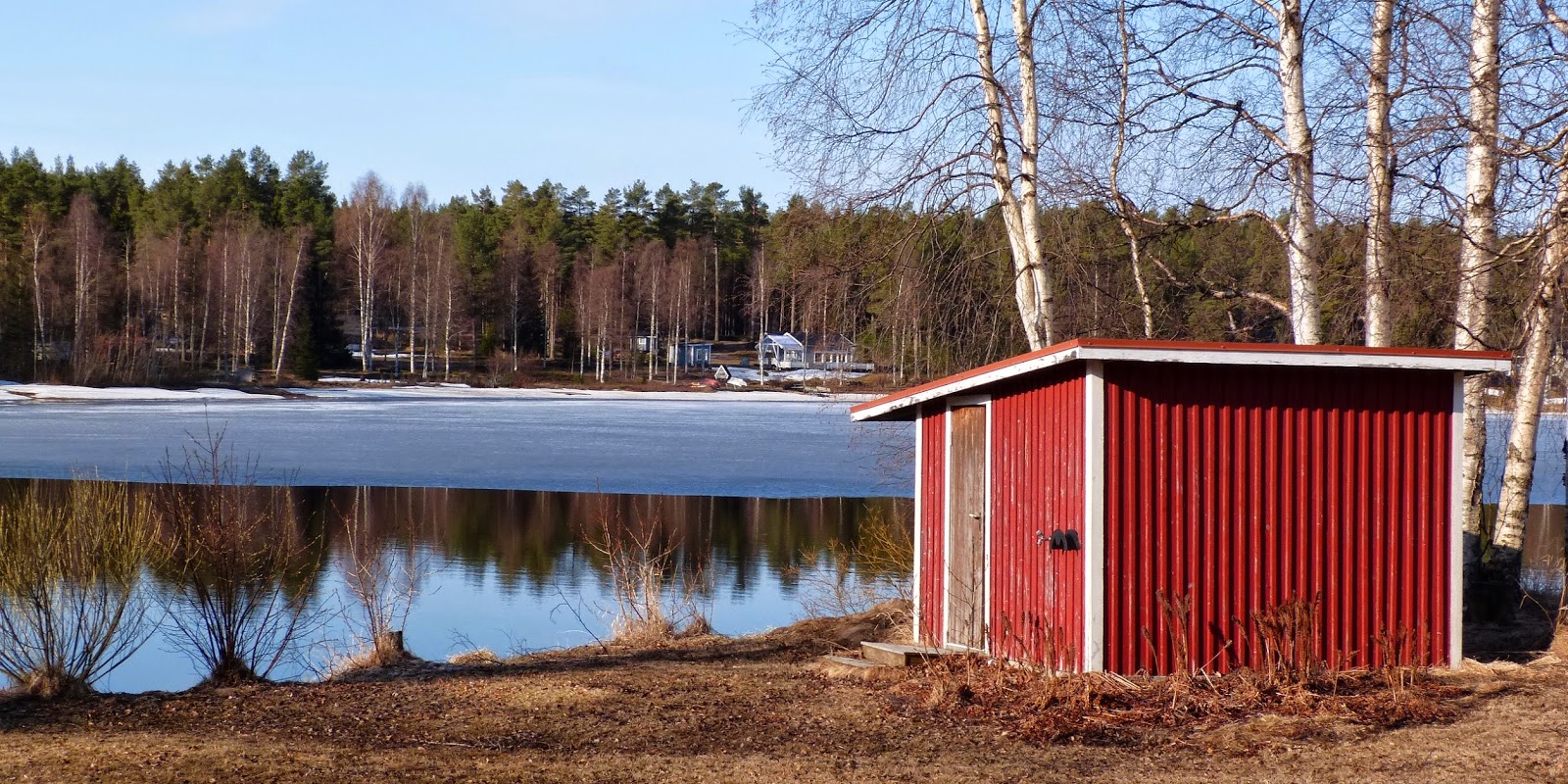 Views over the lake. It was all quite peaceful and quiet even though there is a road bridge nearby. 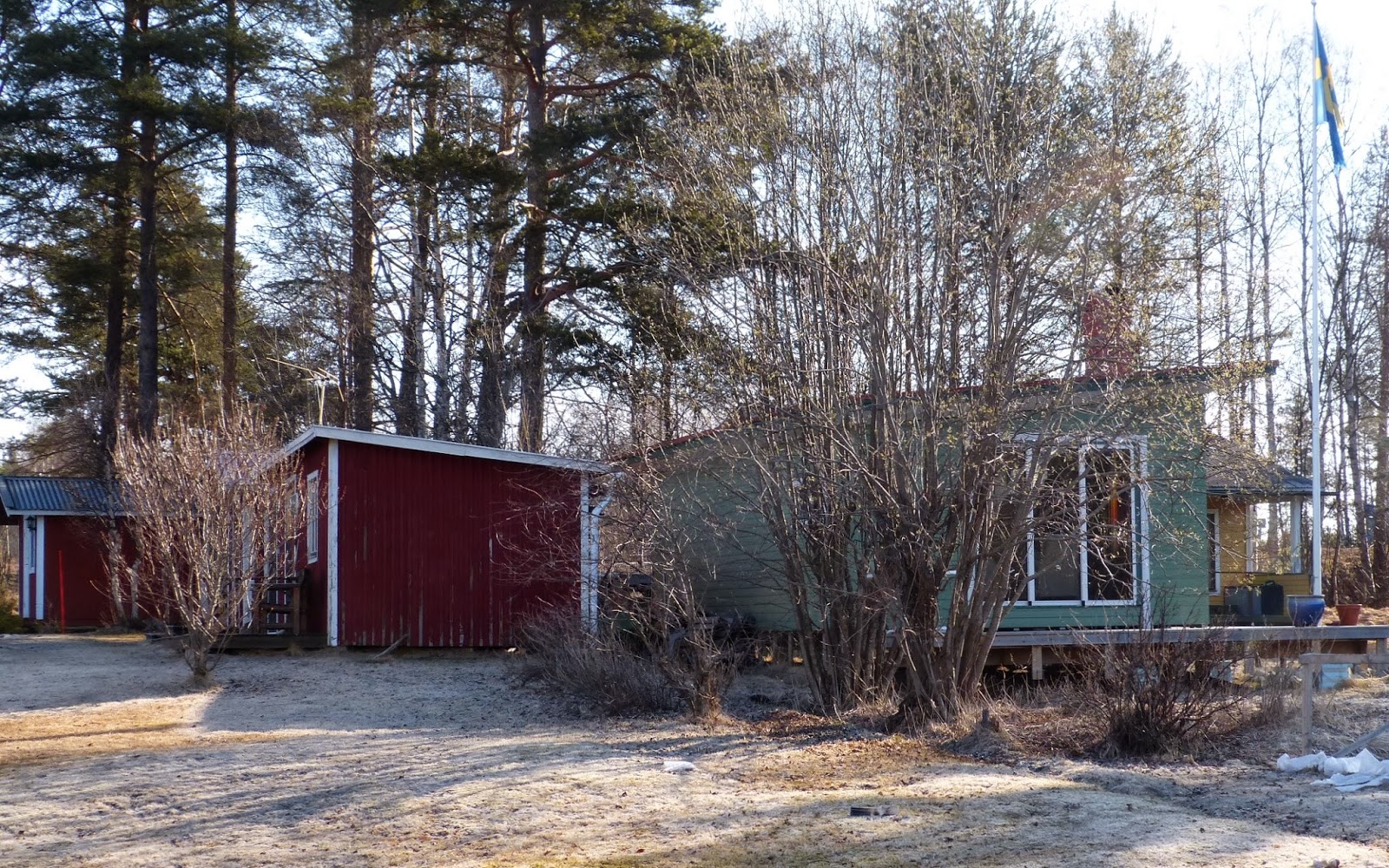 To the right of my red hut is the green hut where Emil stays.

I will be using Airbnb in Helsinki and so far I have really enjoyed the experience. It is so much better than staying at a soul-less hotel where nobody is really interested in you.
Posted by Ray Perry at 11:55 PM