The Russian and Mongolian rail gauge is 60 inches and Chinese uses the regular standard gauge of 4 foot 8 1/2 inches. The bogies are changed at the border of Mongolia and China.

There is a some information on why this 60 inch gauge was chosen here. Essentially, the chief designer came from the southern part of the USA where the gauge was 60 inches at the time. As an additional inducement to the Russian authorities, it was thought that having a different gauge from Russia's neighbours would help deter invasion. As we know, that argument turned out to be false. 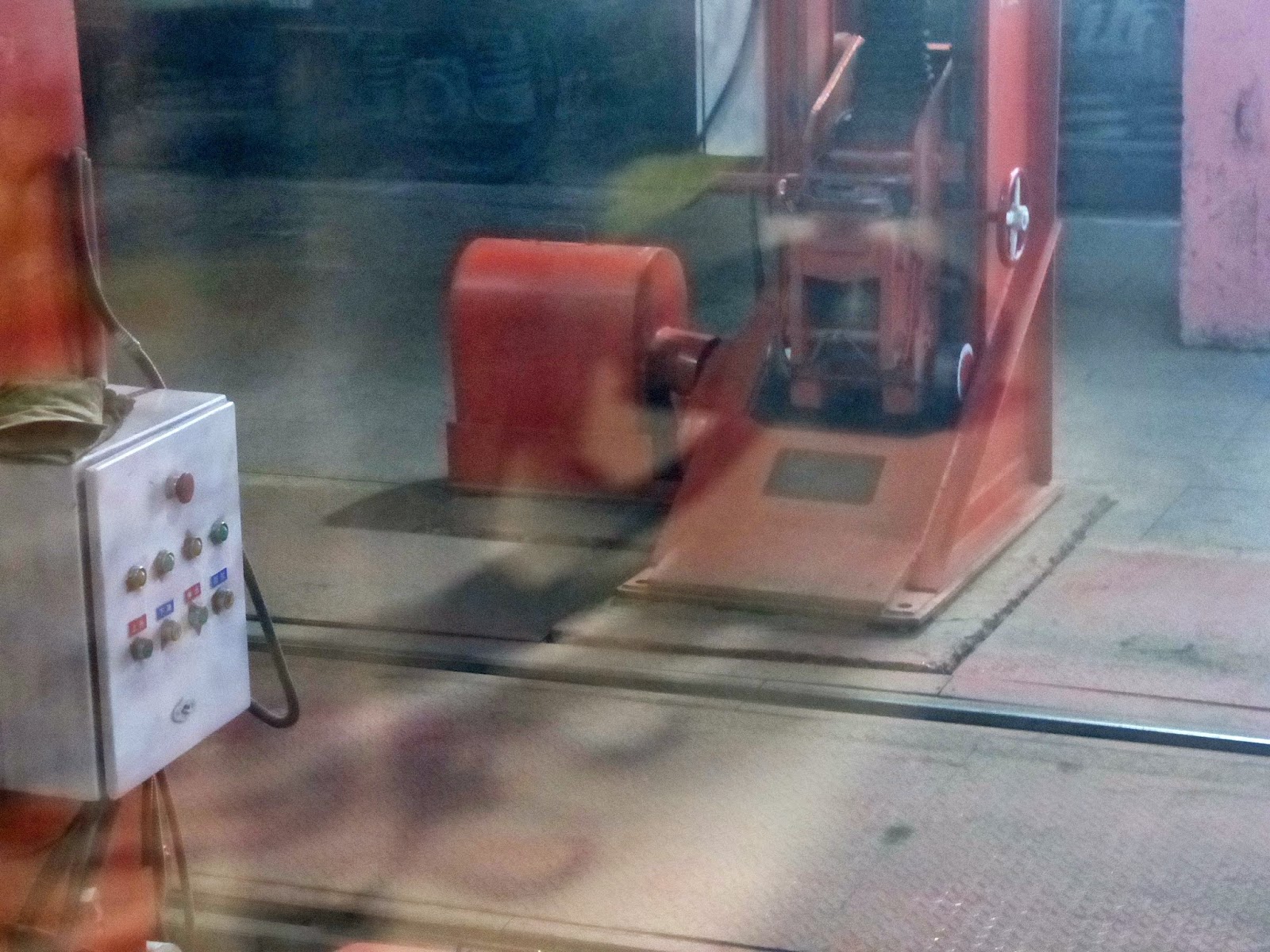 The jolting is really severe. Don't be standing or even sitting with a cup of hot tea or coffee in your hand. 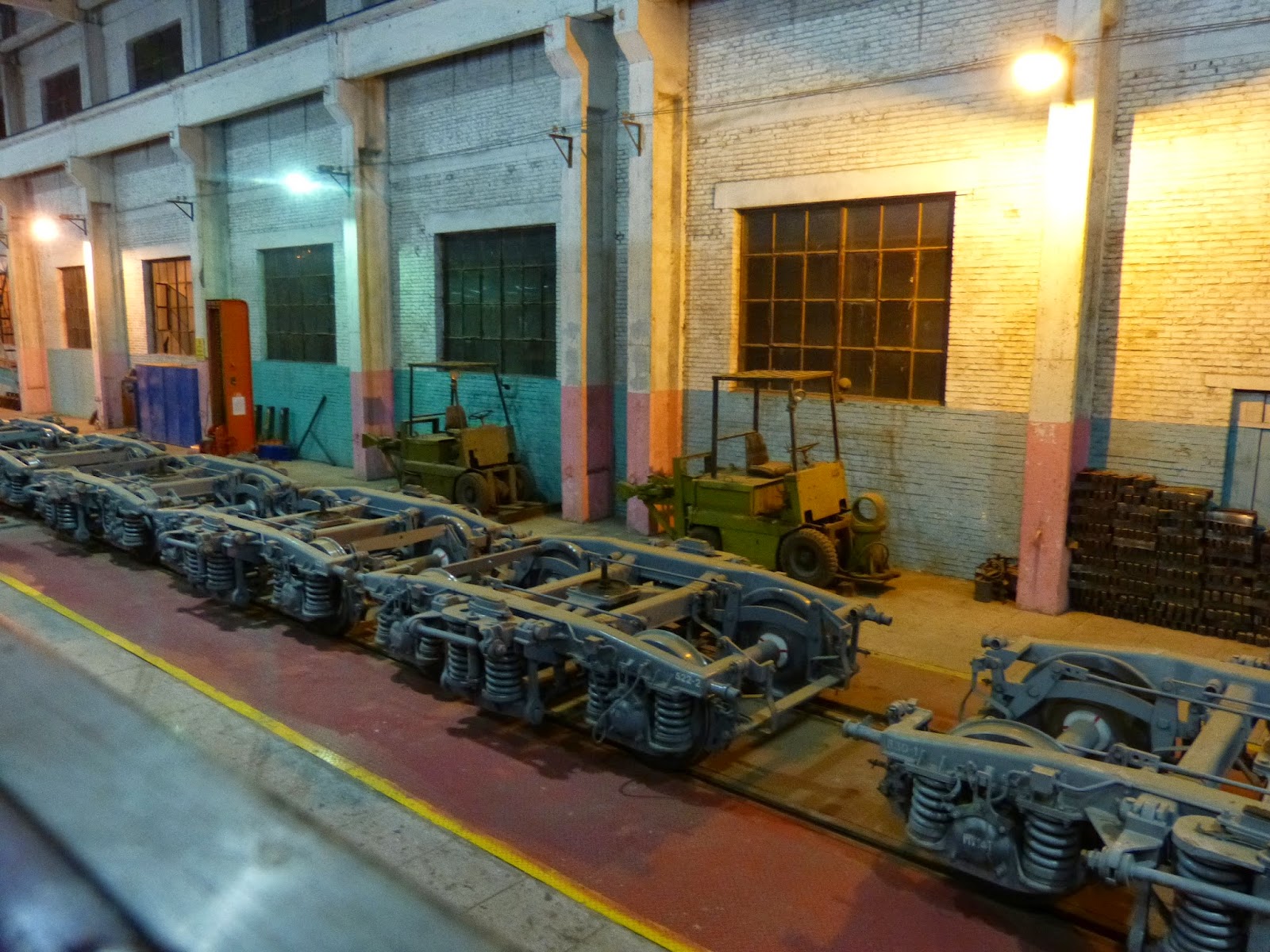 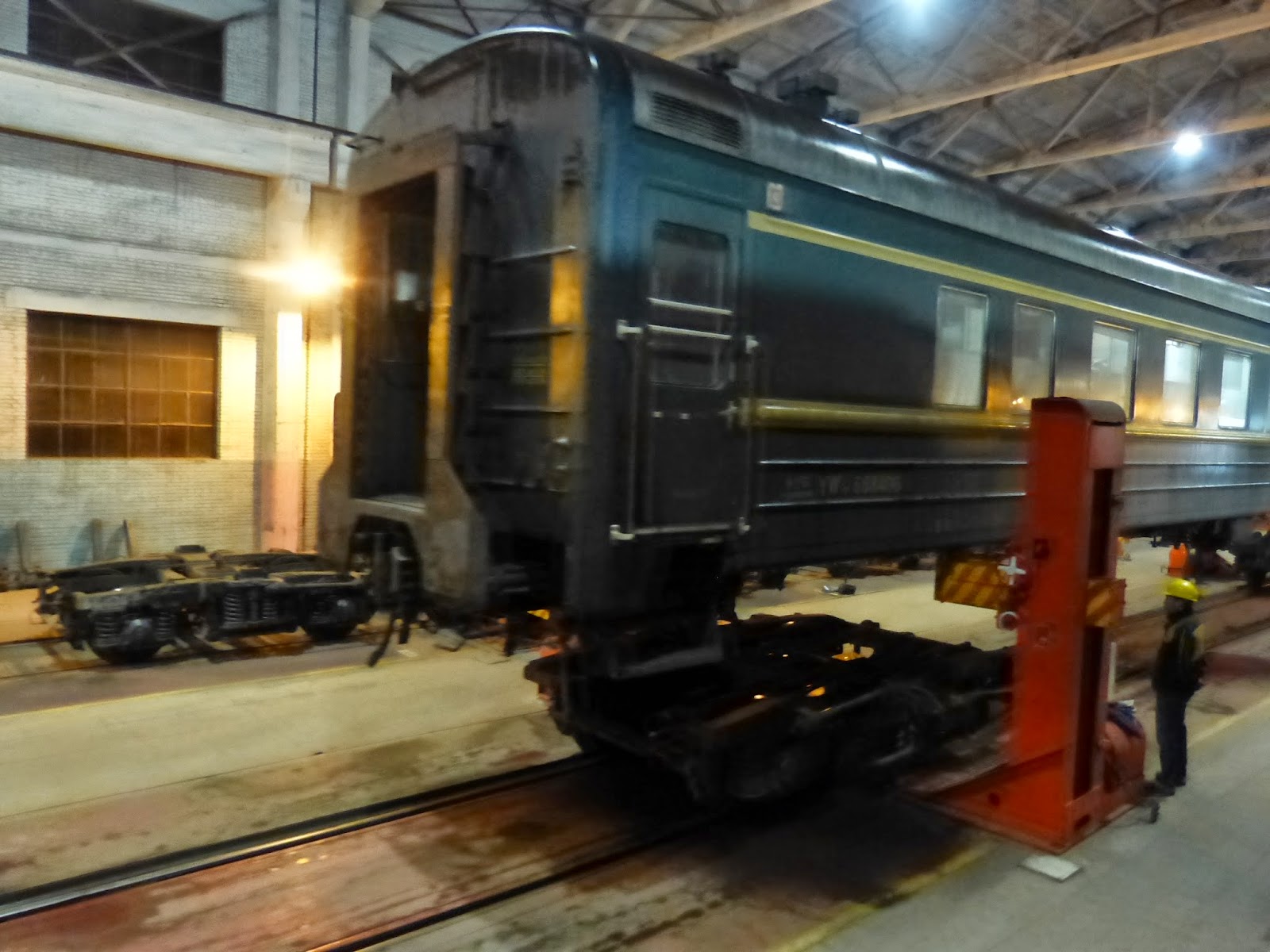 Carriage jacked up with the wide bogies now clear of the carriage. 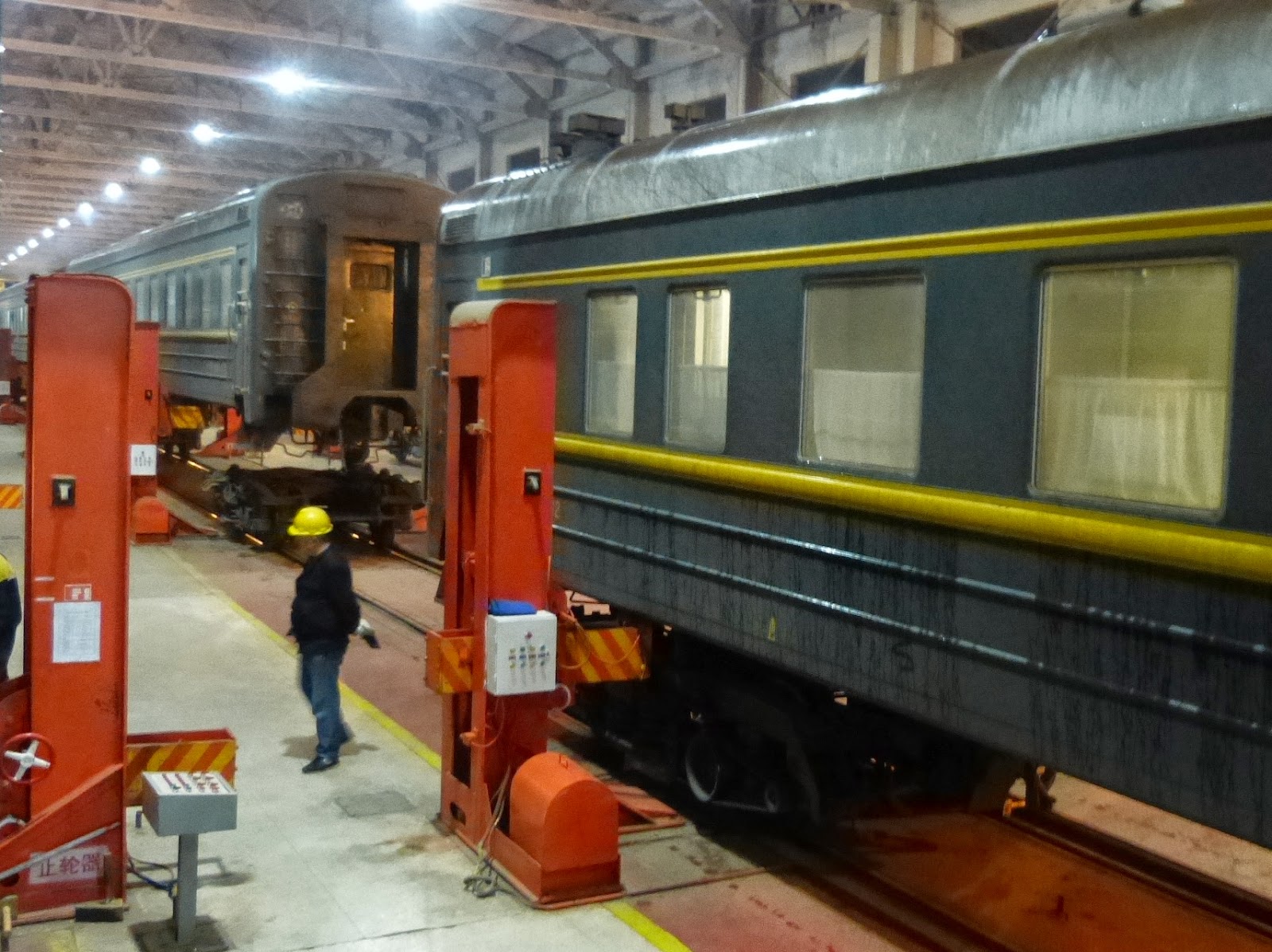 They start work on our carriage. 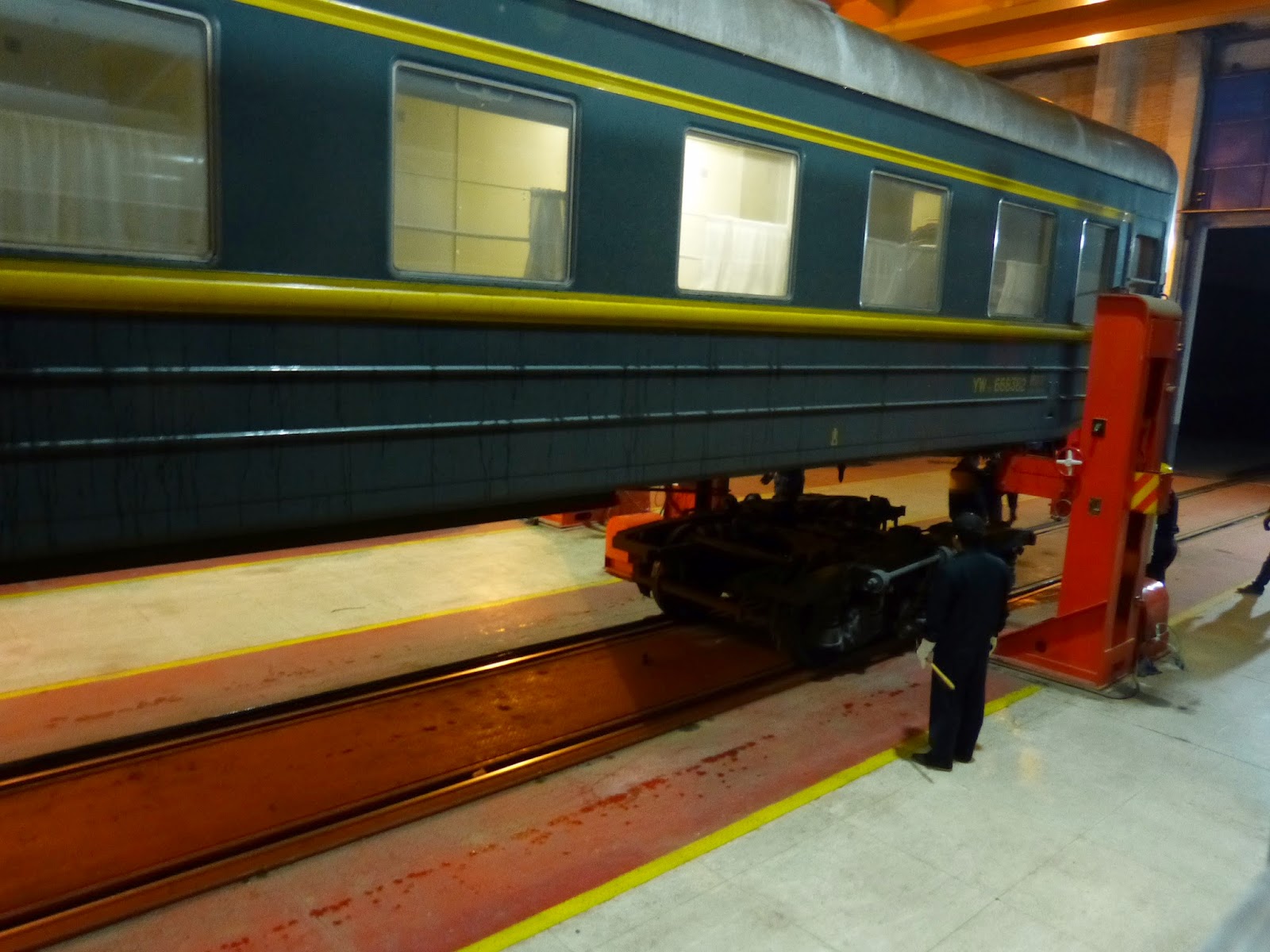 There are three actual rails with a narrow gap between two of them. The new bogies are lined up on the narrower gauge and a steel rope is attached. They then winch in the steel rope and the line of narrow bogies bangs into the wider bogies and pushes them away. The narrow bogies are then positioned under the carriages. 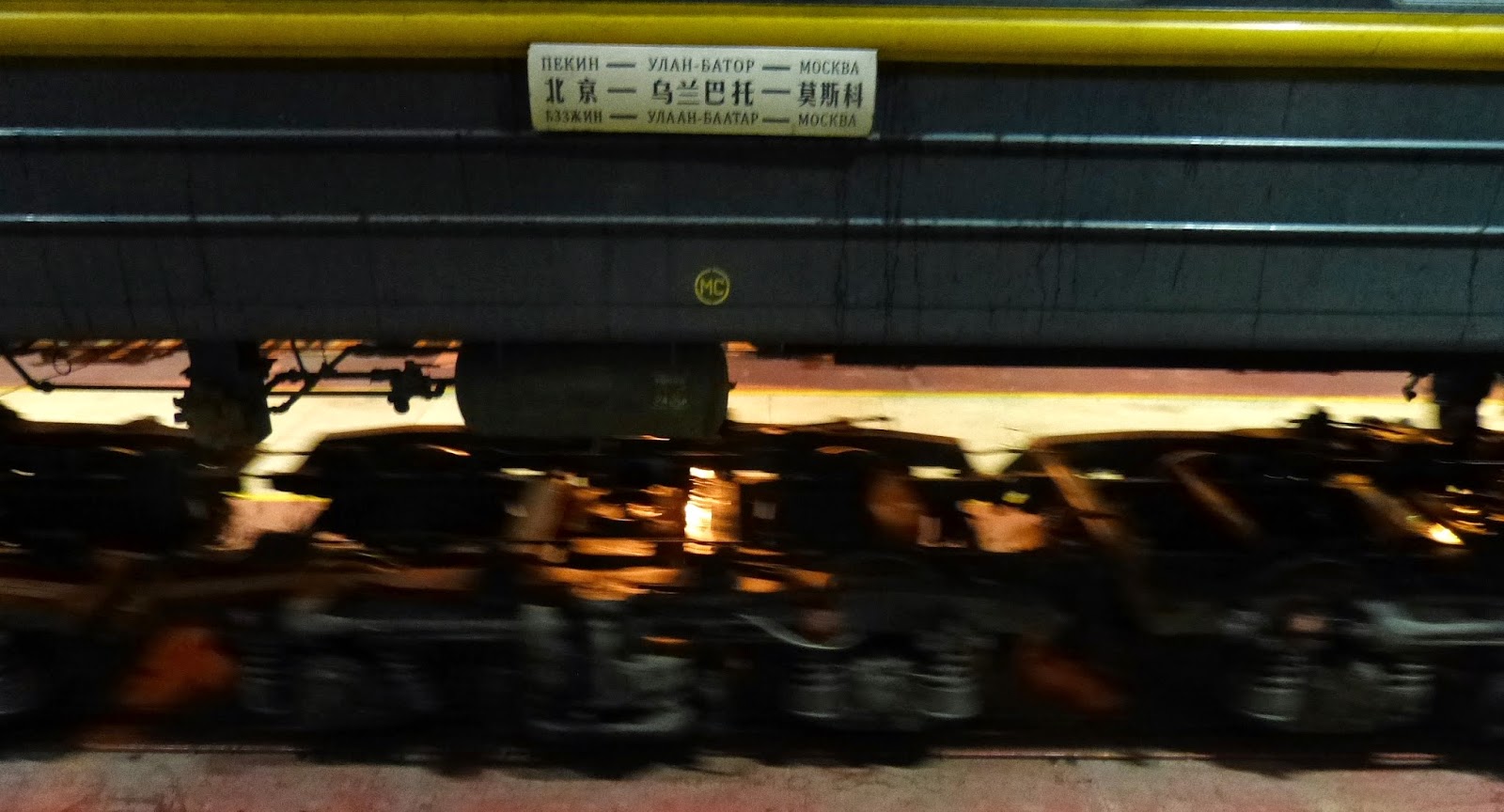 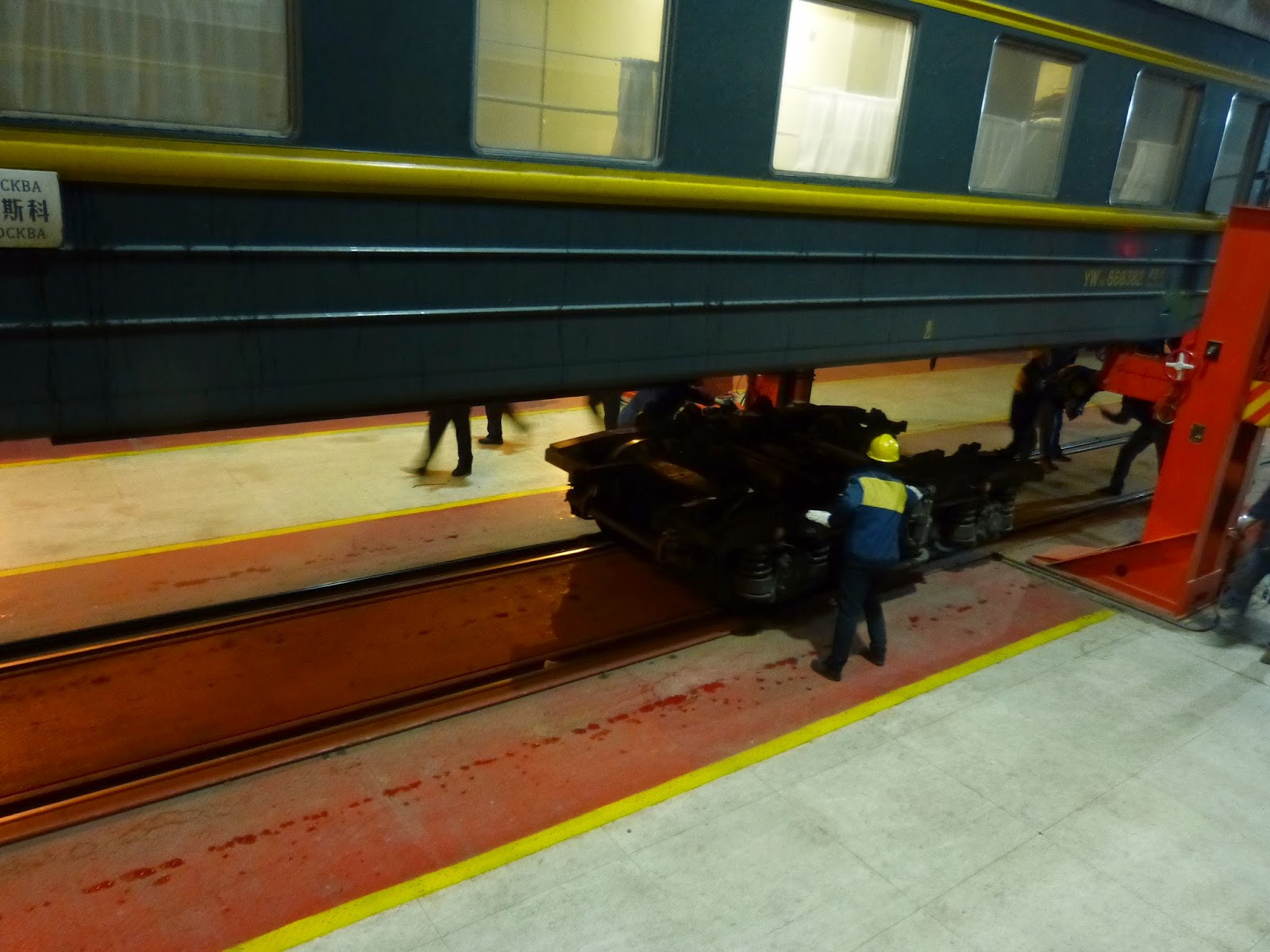 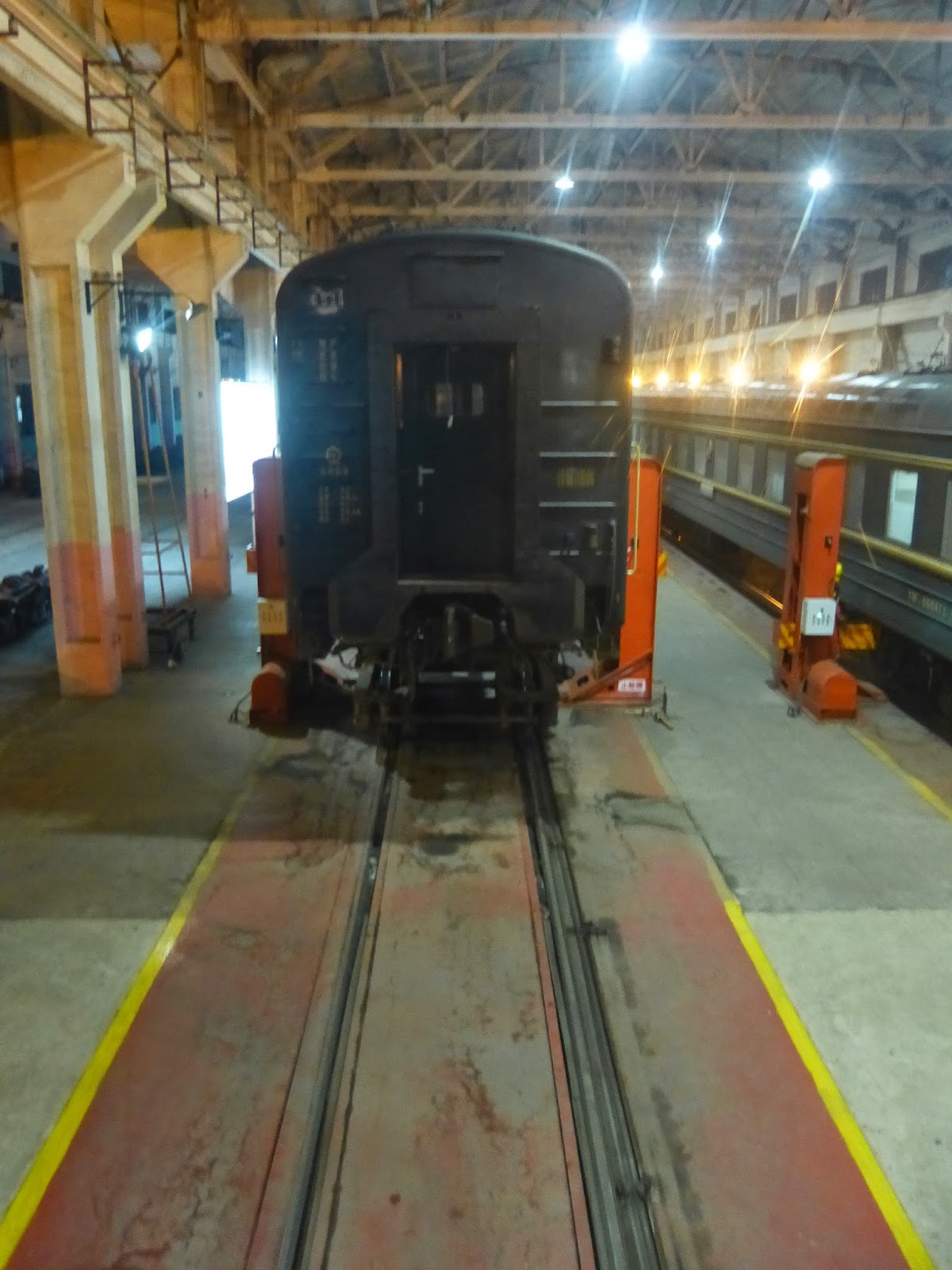 You might be able to make out the two rails on the right hand side. The steel rope is there somewhere as well. 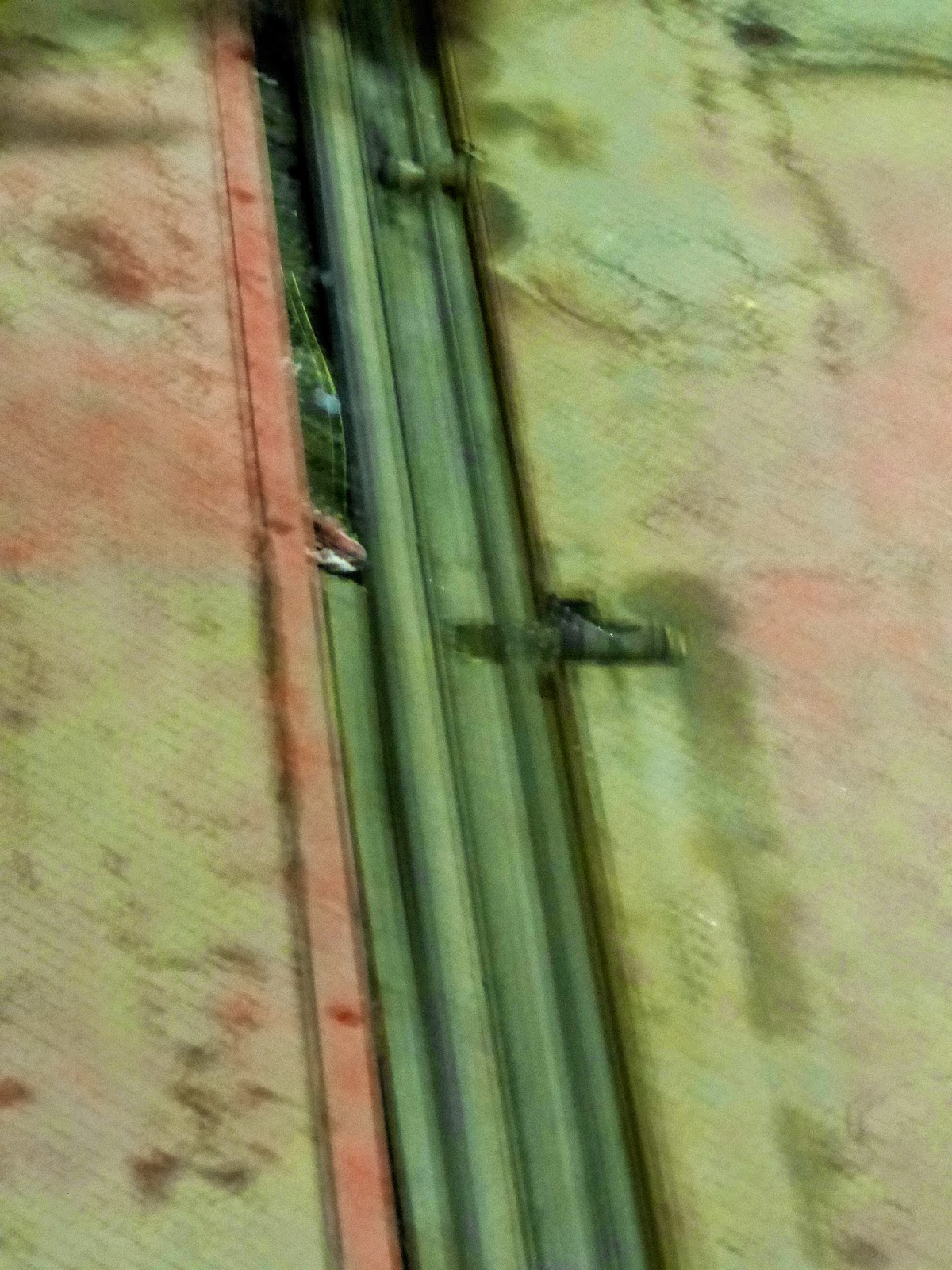 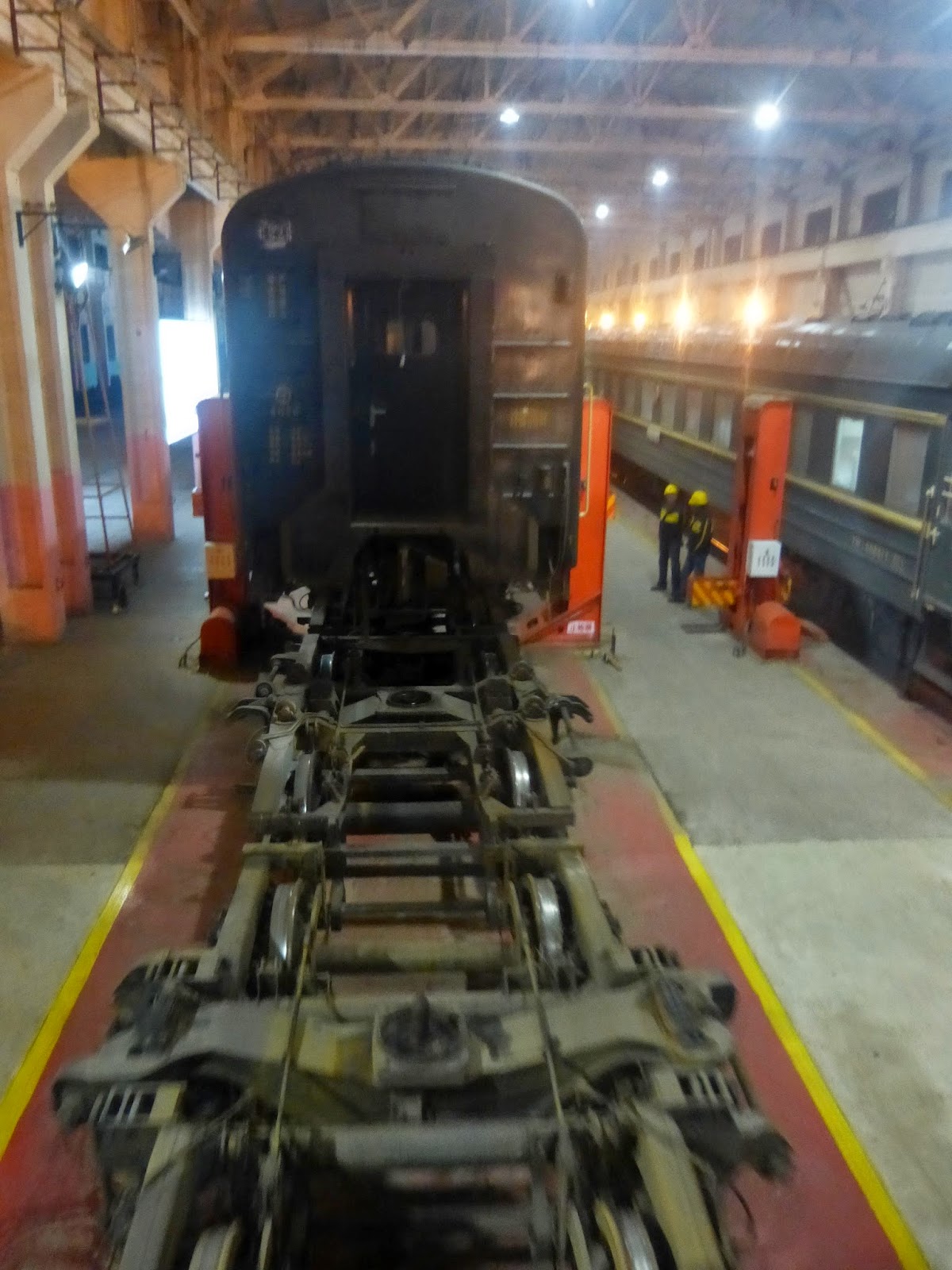 The bogies being pulled between our car and the next. 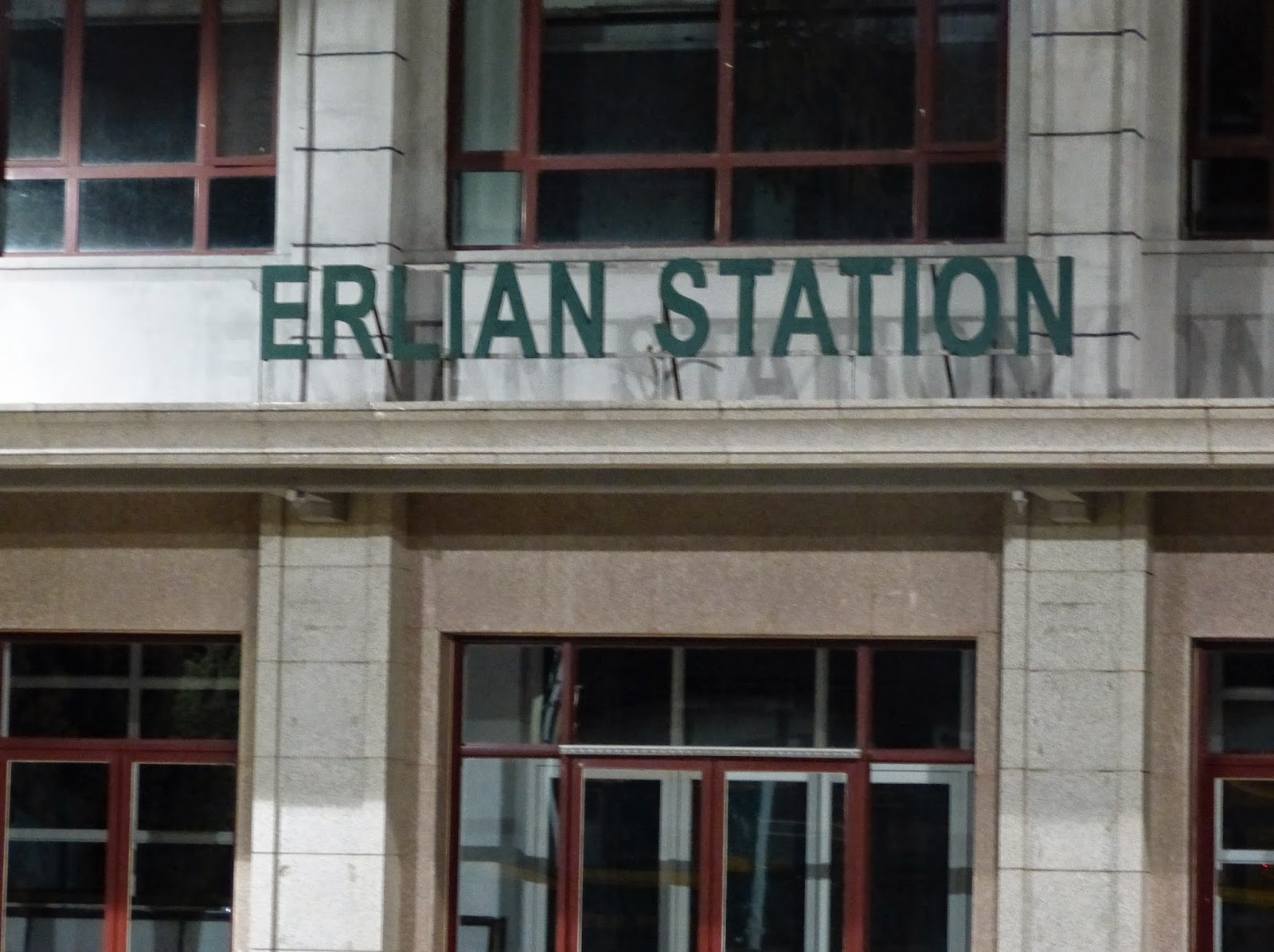 Eventually the train was reconfigured but we still had a while to wait before we left. It was about midnight local time and the loudspeakers were playing popular western music. 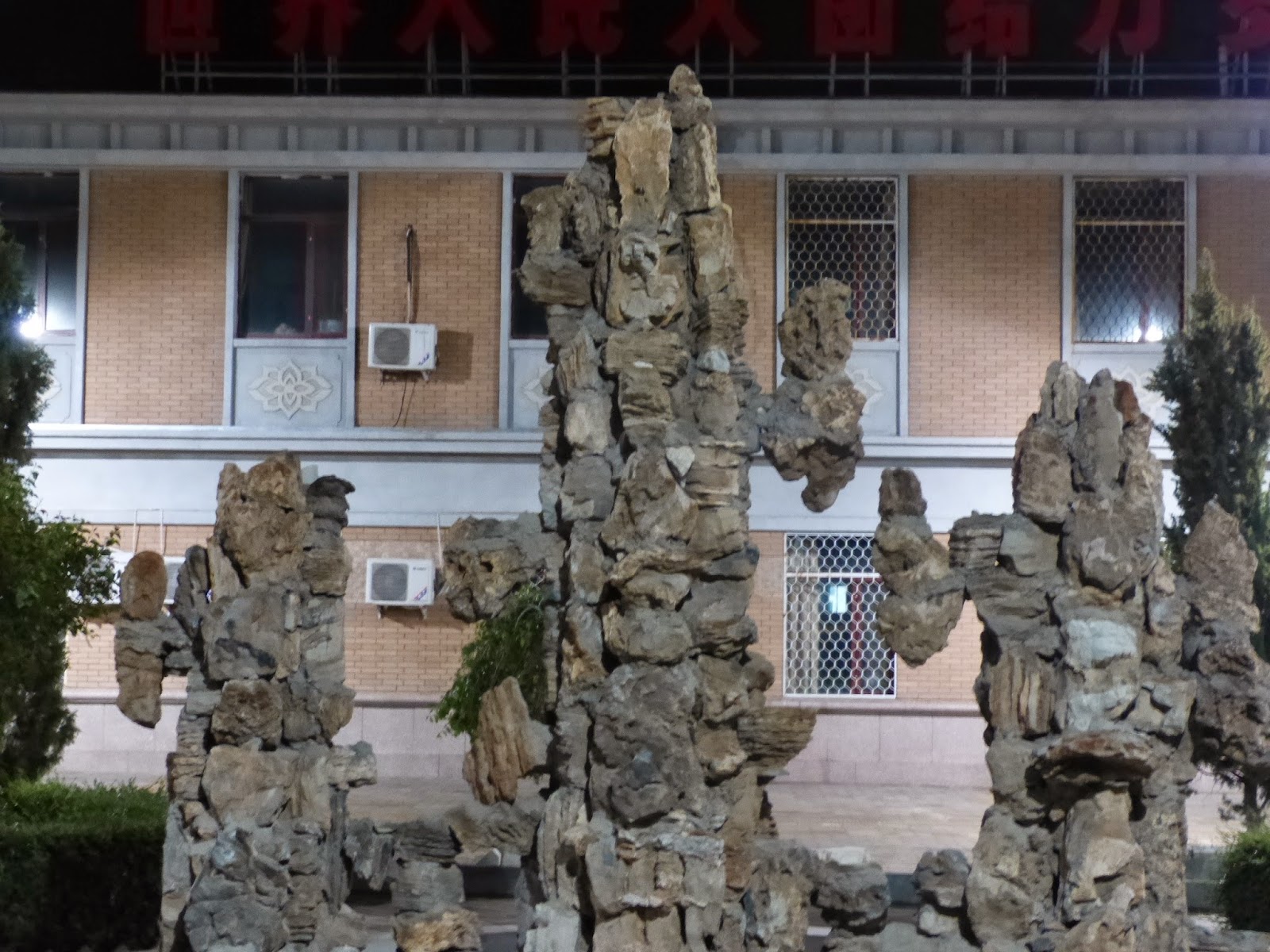 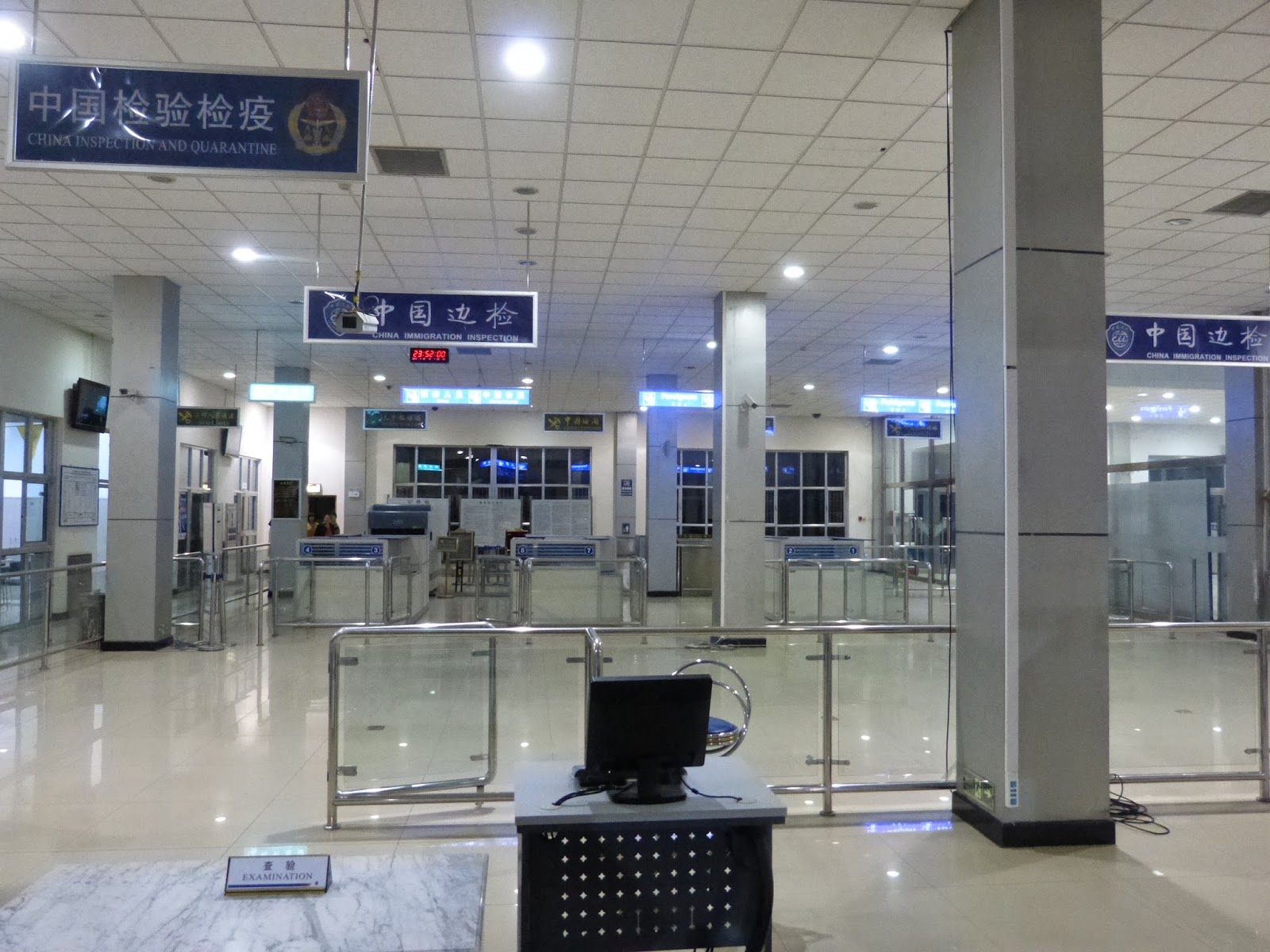 The waiting room was deserted. 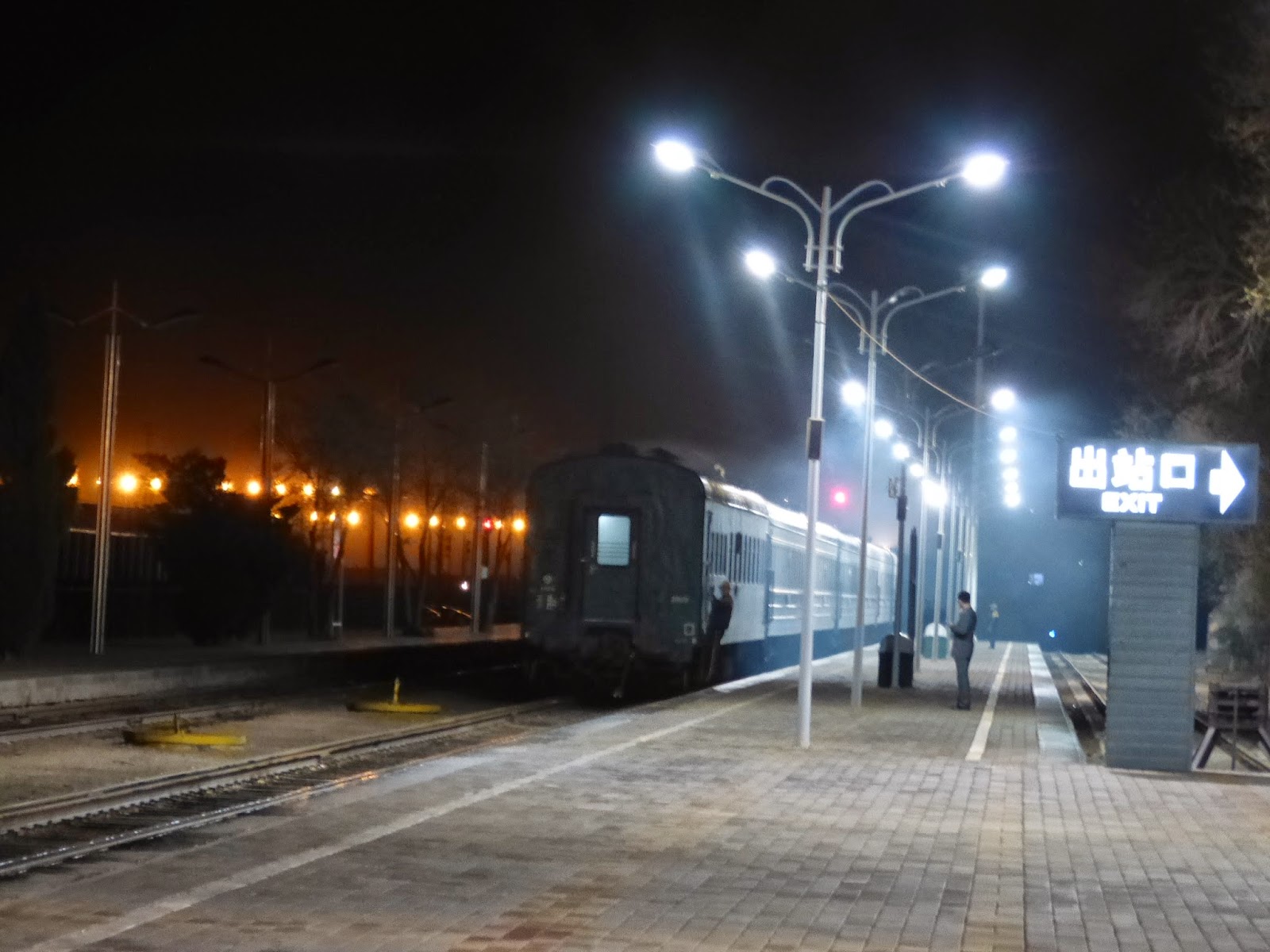 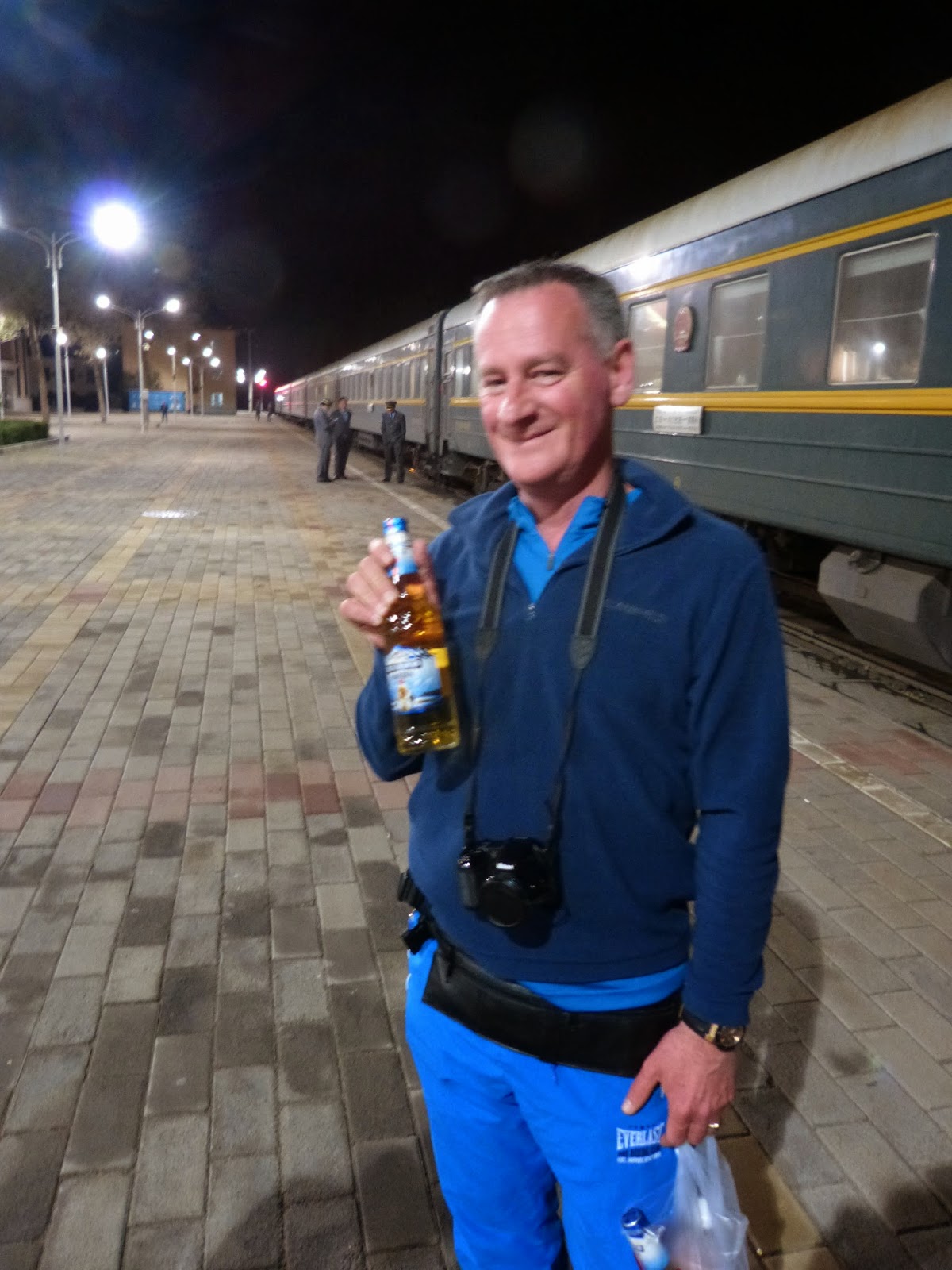 John celebrating our entry into China with a beer. We were all feeling very relaxed now. The worry of visas and customs was behind us. China was next.


I did a slow 360 degree view of the station. John remarked that it all felt very peaceful.
Posted by Ray Perry at 8:37 PM