Charleville was one of those places I had heard about but thought I would never go to. It's the kind of name you hear often on the weather forecast and usually it's for really hot weather. 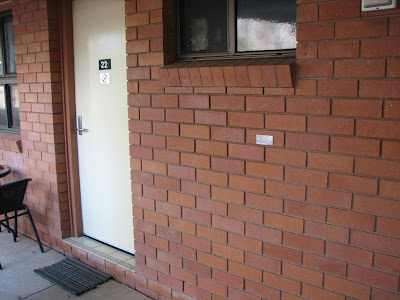 The real story of Charleville is one of devastating floods of the local river. The mark on the wall of the motel represents one of the recent floods and the motel is quite a distance from the river. 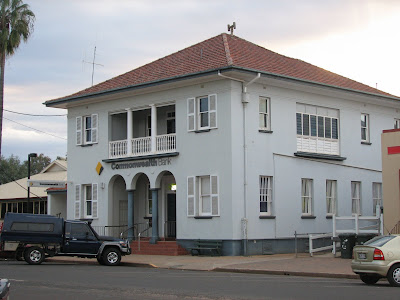 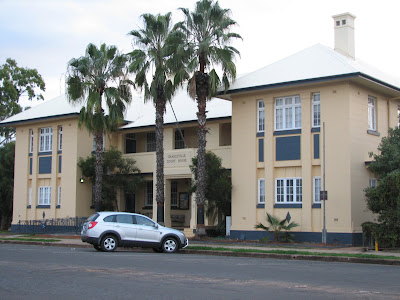 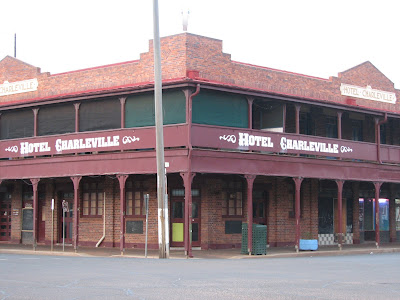 There are some nice old buildings, but this old pub is closed. 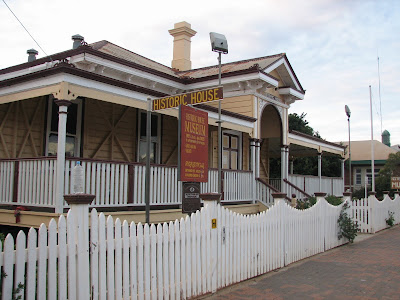 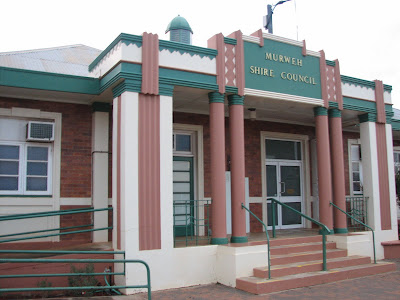 Charleville is obviously the power center for the area, but somehow it seems to be down on its luck. 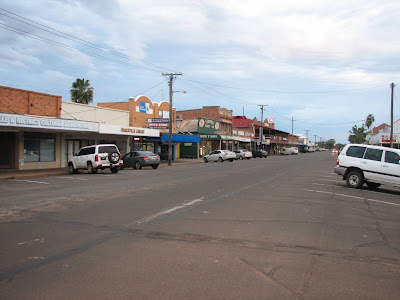 Yes, it was late in the afternoon, but on a Friday evening, the place seemed dead. 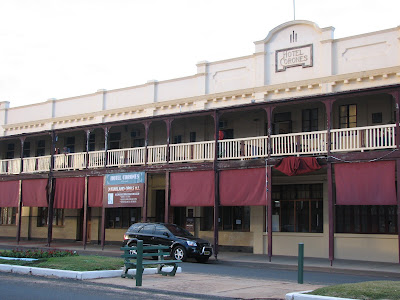 Perhaps the jewel in the crown of old Charleville was the Hotel Corones. It really has an interesting history, but like so many of the major hotels in country towns, it has seen better times. 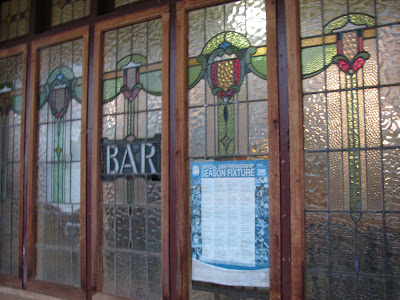 The windows of the bar. It was the only bar downtown that was open and had people (all men) drinking. 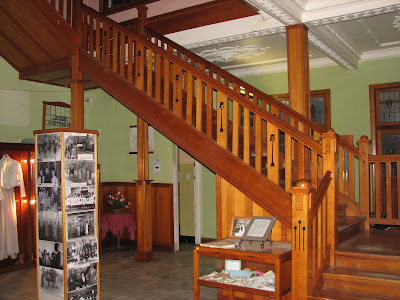 Gracie Fields sang on the landing at the bottom of the stairs and reappeared for an encore by sliding down the balcony. Charleville was a huge air force base in WWII, particularly for US fliers. Apparently, the strategy was to keep the planes far inland so that they could not be attacked. When a raid outside Australia was planned, the planes flew to Townsville or Darwin on the coast to actually launch the raid. 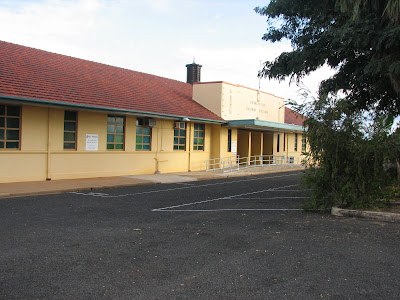 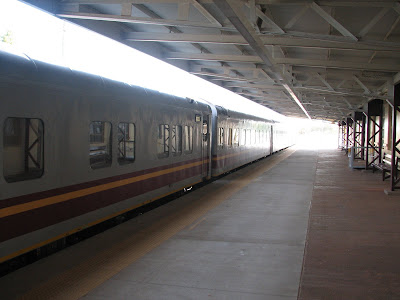 The Westlander which runs from Brisbane west to Charleville. 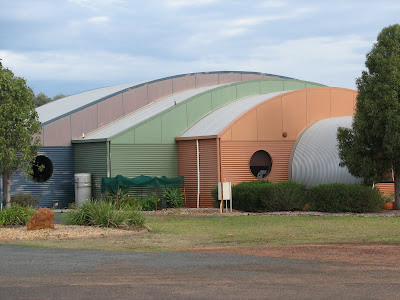 A few miles outside of Charleville is a new attraction called Cosmos. It's part of the town's attempt to bring tourists to the town. 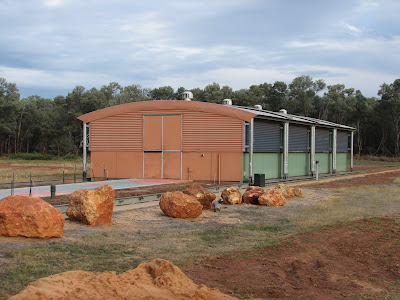 This place is devoted to seeing the stars through telescopes. Because there is very little ambient light, visibility of the heavens is excellent. The shed is on wheels and moves away to expose some large telescopes. It was cloudy that night so we didn't come back at night.