This is just a short blog about the Lions Road. 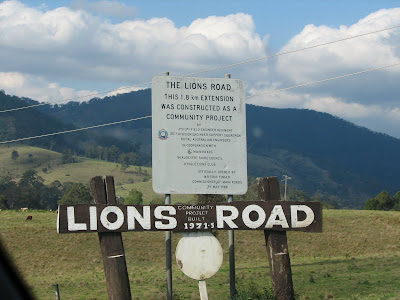 This is one of those roads which you hear about and never see so one afternoon, Geoff and I headed off down to Beaudesert (southwest of Brisbane) and turned off onto this road that heads down into New South
Wales.

To read more about this road which was built by community members, click here. 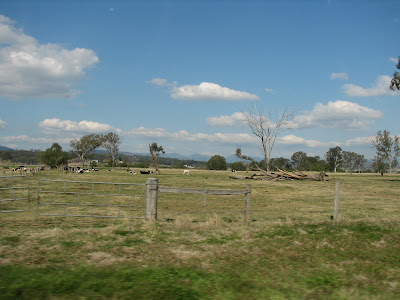 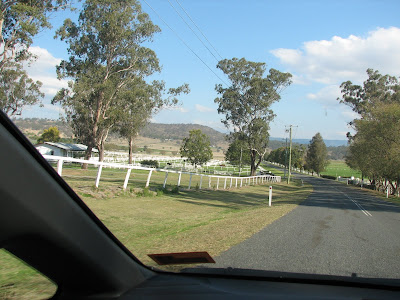 This is pretty country just west of the coastal range where O'Reilly's is located. The view from the ridge on the way up to O'Reilly's would be of this area. 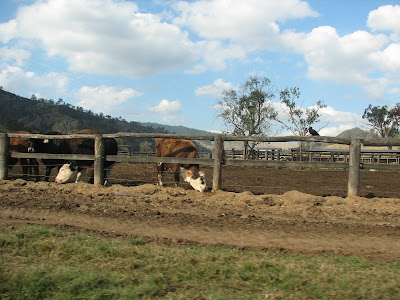 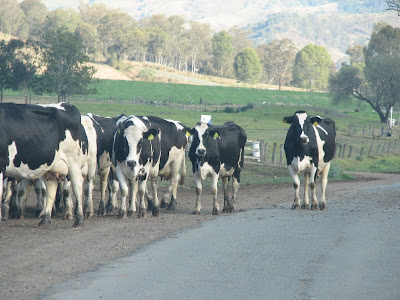 There is enough rainfall in this area for it to support a dairy industry. 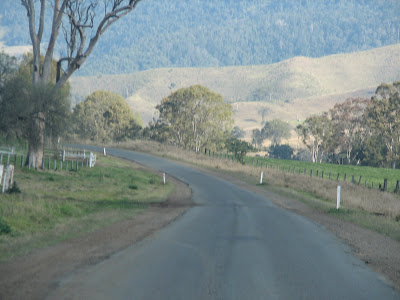 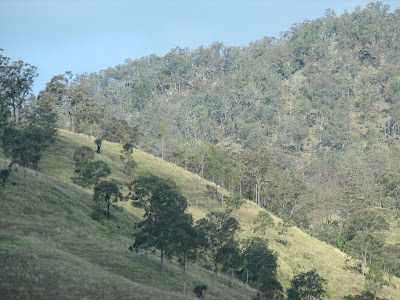 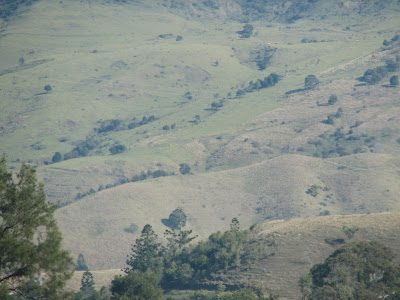 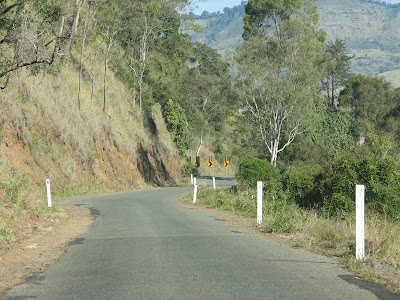 There's not much traffic so it is fun to drive though the roads get narrow. 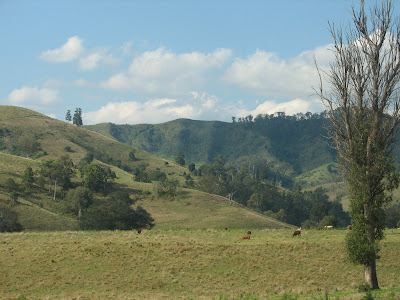 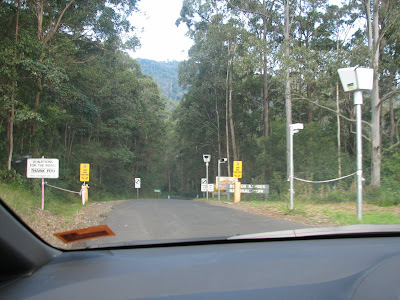 Crossing the border from Queensland to New South Wales. Years ago, there was an quarantine inspection point to prevent stock from being taken into NSW. Now they simply record every thing on camera. 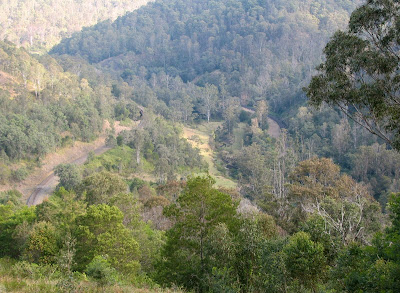 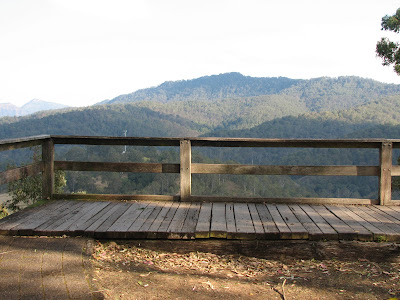 The viewing platform. As you can see, it's quite mountainous in the area, so getting a train line through this area was difficult. Why the train line from Sydney to Brisbane had to go so far west is a mystery to me when a shorter and easier route could have joined Southport in Queensland and Murwillimbah in NSW. 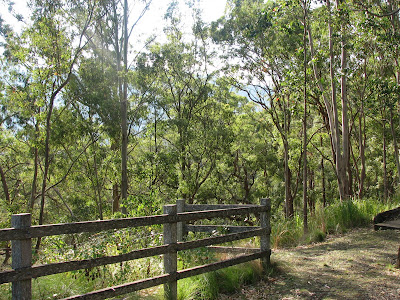 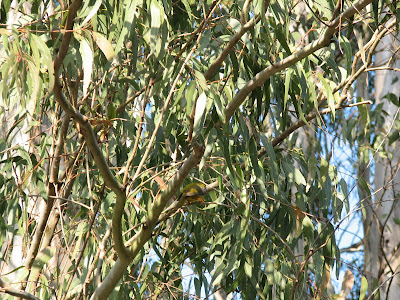 It was incredibly noisy at the lookout with a flock of bell birds happily belling away. It's quite a small bird and you can see it in the lower middle of the picture. Click here for a YouTube of the sounds of bell birds. 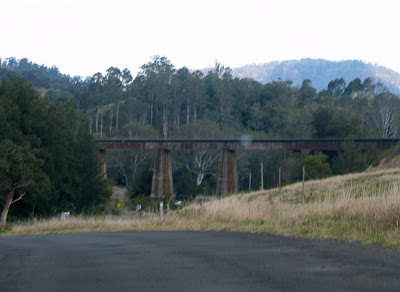 The train line needs a lot of bridges to cross the numerous creeks in the area. 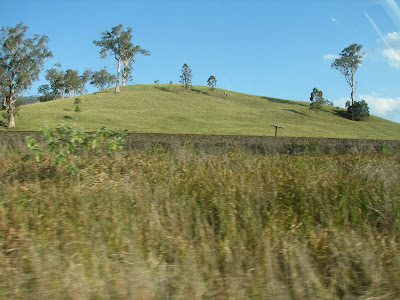 I liked the two halves of the photo divided by the train line. 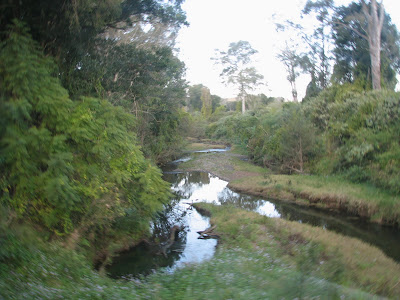 One of the numerous creeks. While it has some water in it, I actually expected more after the recent rains. 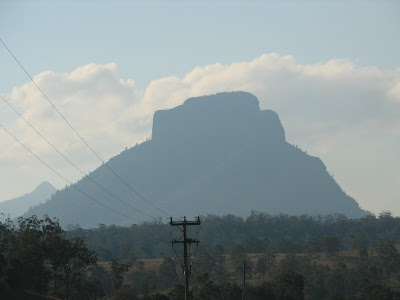 And finally a hazy view of Mount Lindesay in the late afternoon. I quite enjoyed the drive and would happily do it again. This journey is better from north to south so that you don't have the sun in your eyes.