When you take the ferry to Manly, you go past some docks with Australian Navy ships. The area is called Garden Island and in the past, that was as close as you could get to it. However, parts of it were opened to the public in 2002 and a ferry stops there roughly every hour during the day. The official web site is here. 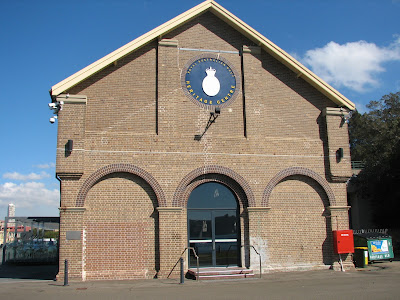 Only a portion of the island is open to the public, but this old building is used as a welcome center. 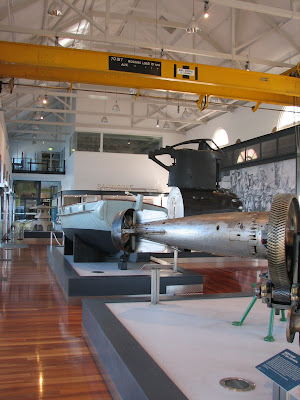 Inside is a small collection of  naval stuff such as torpedoes and guns. 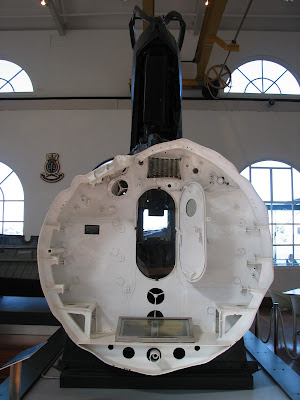 However they do have part of one of the Japanese midget submarines that attacked Sydney Harbour during WWII. The other subs that took part in the attack can be seen at the War Memorial in Canberra. 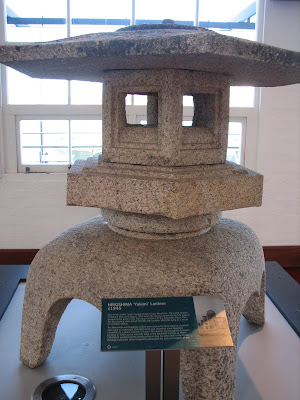 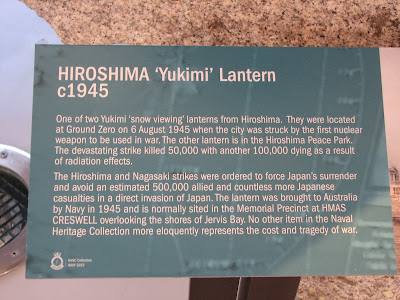 Snow lanterns are supposed to look good in the snow. 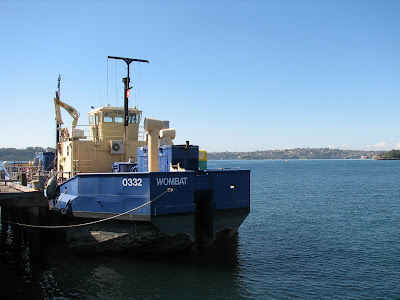 I can just imagine some bloke proudly saying 'I am the captain of the Wombat'. 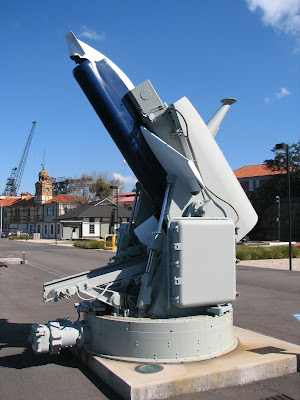 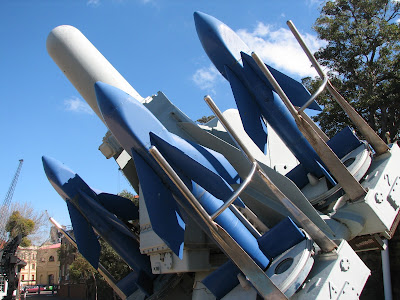 There is also an outdoor area with sundry guns, barrels, radar installations and missiles like these. 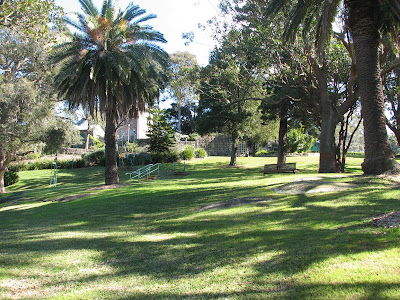 In the centre of the island is a hill with gardens. On the week day I was there, they were quite deserted. 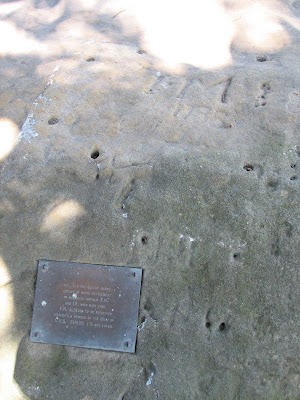 In the gardens is the earliest recorded graffiti in Australia. 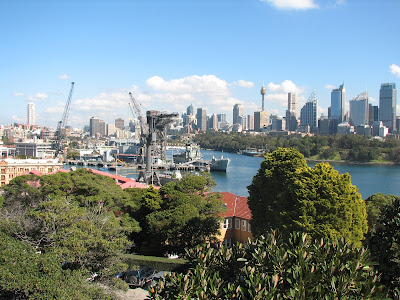 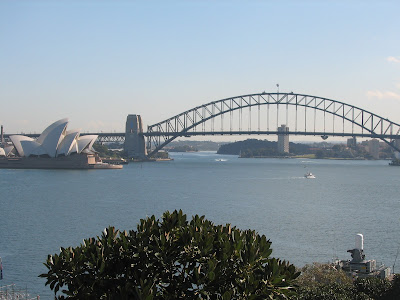 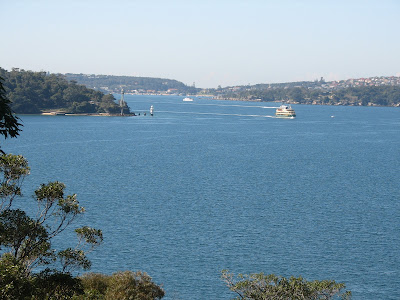 Right on top of the island is a building where you can on to the roof for what has to be one of the best harbour views in Sydney in all directions. If you have a couple of spare hours in Sydney and it is a fine day, this is worth going to.