We left Sydney in the rain which continued all the way to Dubbo. It was not the kind of day to take photos but it was great to see the land getting a good drink of water. The next day was fine and we headed back to Brisbane via the New England Tableland. 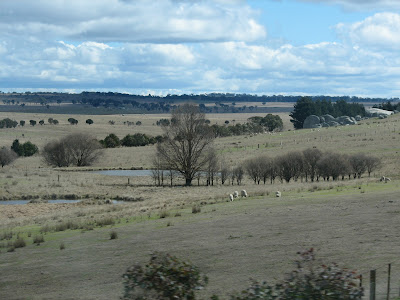 The recent rains had really transformed the normally dryish countryside. Creeks were flowing and water was over the road on occasions. 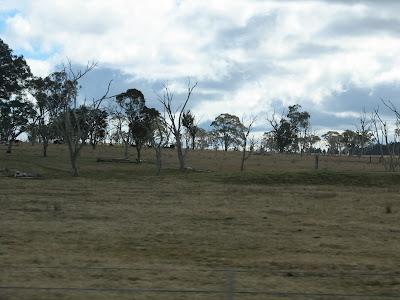 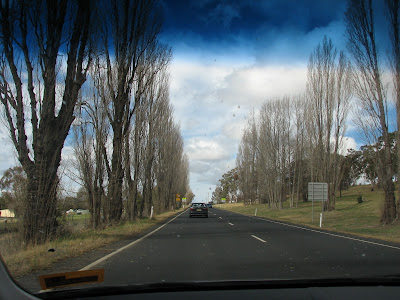 August is the middle of winter and since the height about sea level is about 3000 feet, the deciduous trees had lost their leaves. 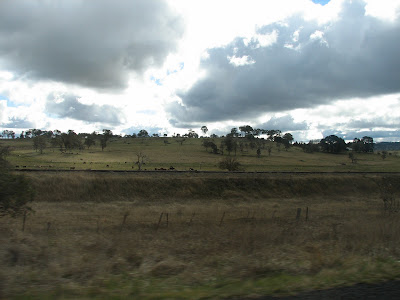 This is sheep country and the area is quite wealthy. 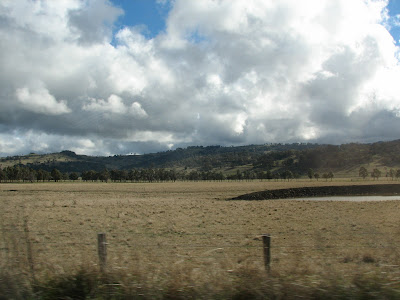 The highway is very popular with people travelling from Sydney to Brisbane who want to avoid the busy and crappy coast highway. 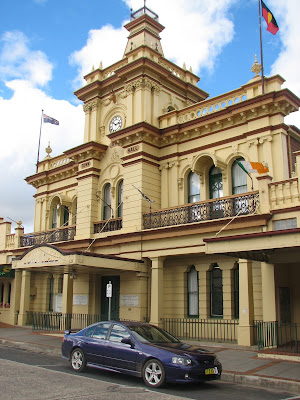 The Town Hall in Glen Innes. 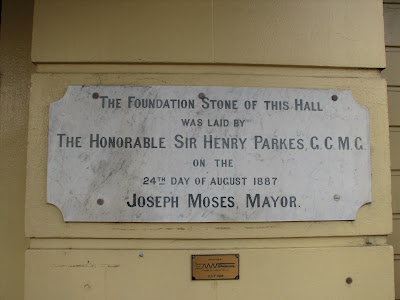 Sir Henry Parkes is known as the Father of Federation in Australia. Most Australians would know his name with a town and a suburb named after him, but few would know of his significance.

If you saw the film, 'The Dish', it was set at the radio telescope just outside the town of Parkes. 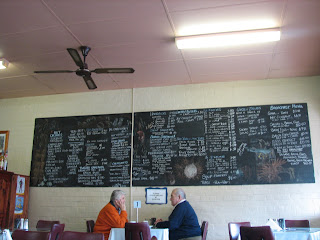 Two old codgers enjoying a chat in a local cafe. Glen Innis has a strong Scottish connection and is twinned with Pitlochry where we stayed earlier this year and visited a distillery. Click on the picture to see the menu in greater detail. 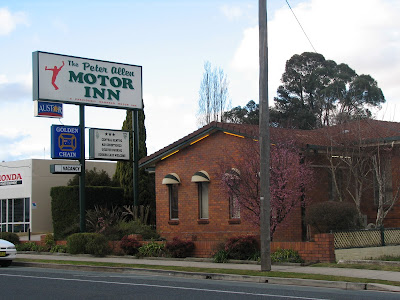 Tenterfield, the birth place of Peter Allen. Opinion is divided in this rural and very conservative town about its most famous son because of his gay background. 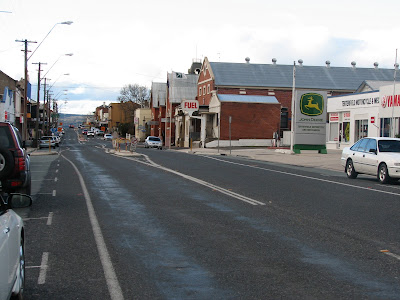 The town much prefers to be known as the site of the Tenterfield Oration delivered by Henry Parkes in 1889. The Oration called for the Federation of the six separate colonies which happened in 1901. 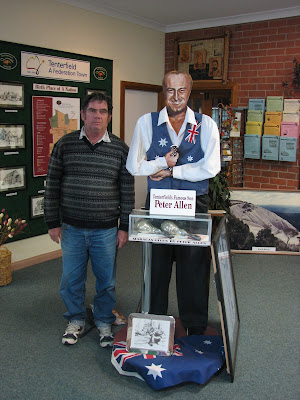 Geoff and his old mate, Peter, in the Information Centre at Tenterfield. 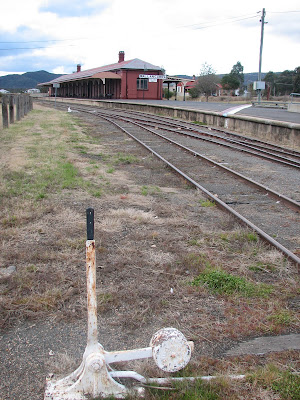 A few miles up the road is the border of Queensland and New South Wales and the little town of Wallangarra. It is notable for its train station where passengers would change trains. The Queensland trains used a 3'6" gauge and the tracks were laid on this northern side of the station. 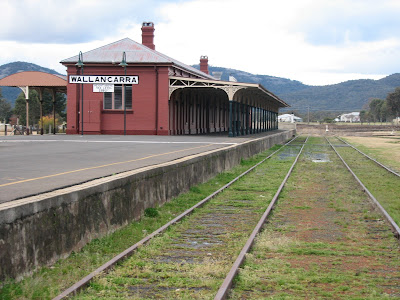 The New South Wales side with standard gauge, 4 ft 8 1⁄2 in. This side is no longer used and the train line to Sydney now only comes as far north as Armidale. 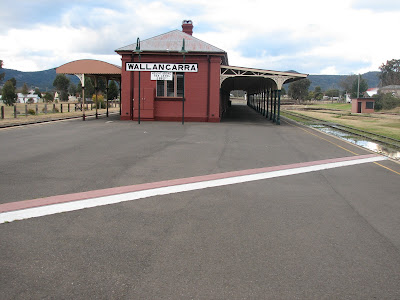 The actual border. Magnificent people are born on the north side of this line and scum bags are born south of the line. 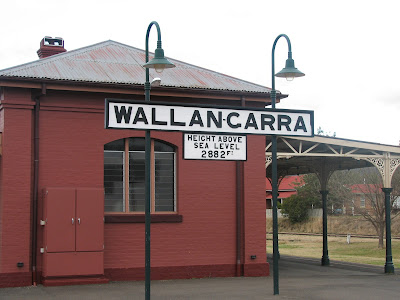 It is quite cold in winter by Australian standards and I can remember changing trains here when I was about four years old. Our family did a trip from Toowomba to Sydney and back by train. It was absolutely freezing on the platform in the early morning. The old timetable can be found here. 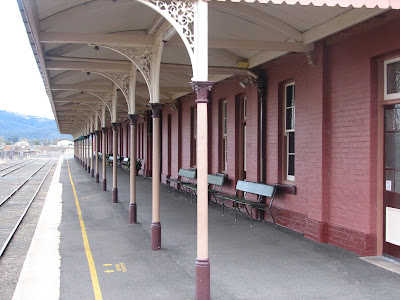 The Queensland side is still used by an enthusiast group that runs a steam train down from the nearby Stanthorpe. 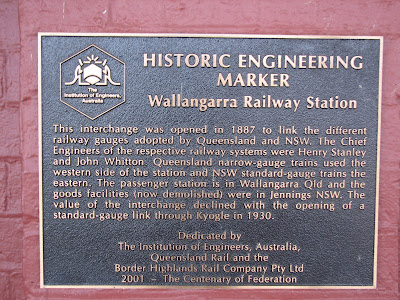