I'm down at Hervey Bay as part of a six day haunt and I'm doing a walk from Torquay to Scarness and back. 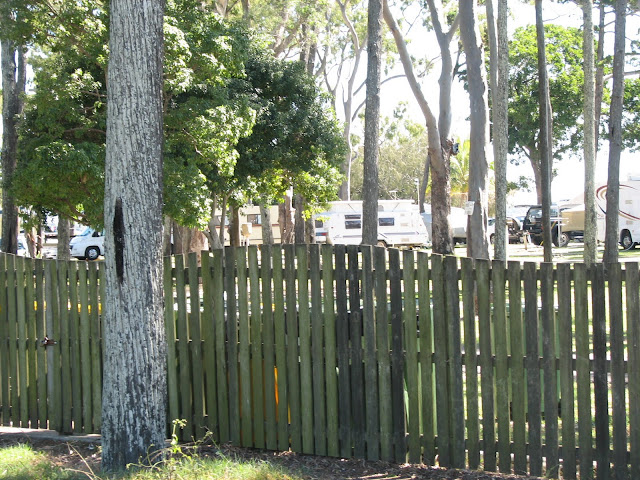 The caravan park at Torquay. It's very popular with retired people and families from the south who come north in the winter. Think Florida. 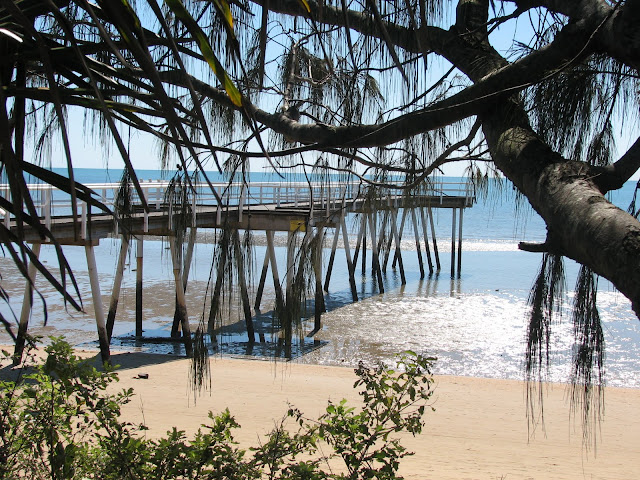 The small jetty at Torquay. These are new since we were there as kids. 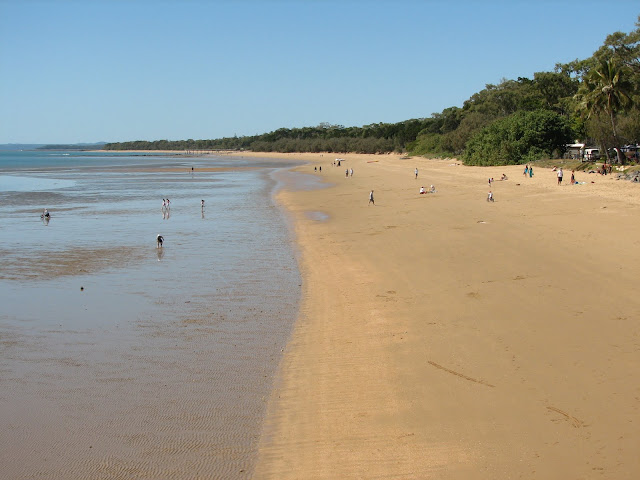 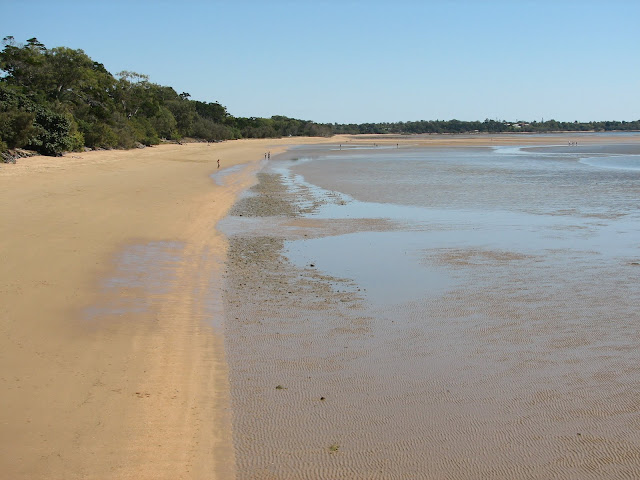 The beach at Torquay at low tide. We used to go here or Urangan rather than the trendy Scarness. 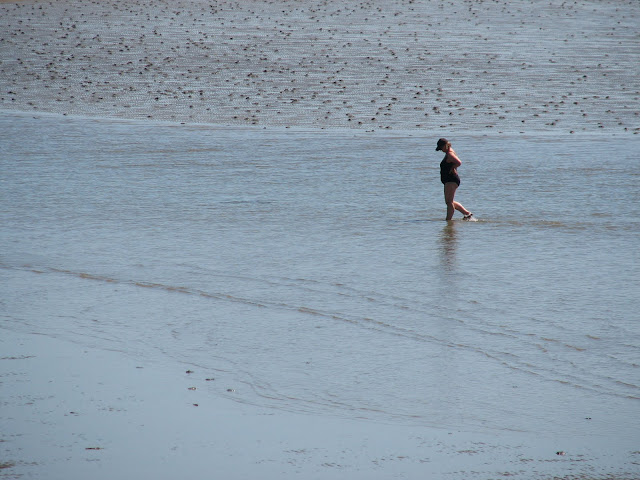 It's interesting to watch people in the sea. Or the ripples. 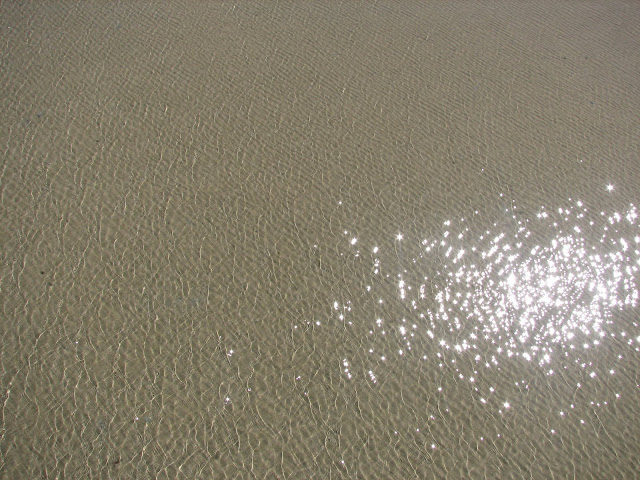 The water is so clear and in someways still that it is fascinating to photograph. 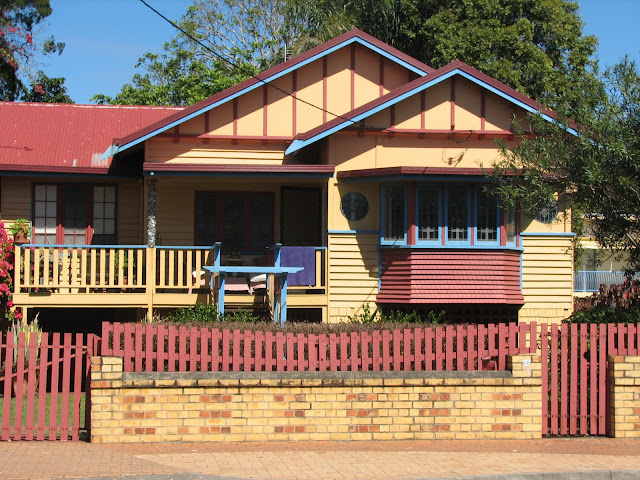 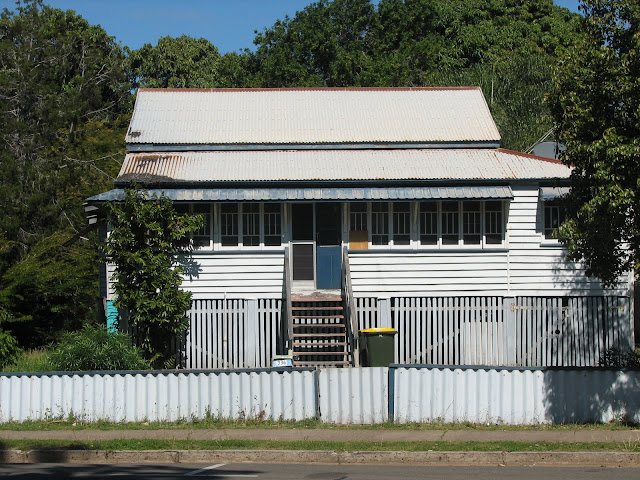 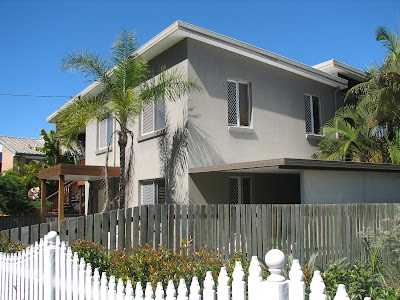 Most of the buildings are now modern but there are still a few buildings from the past. 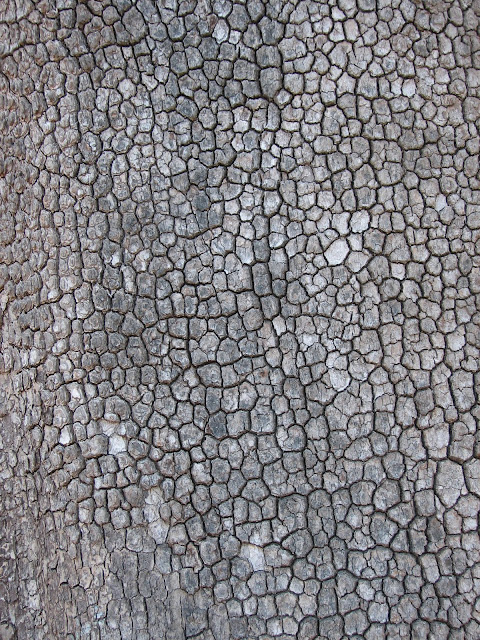 The bark of a tree. 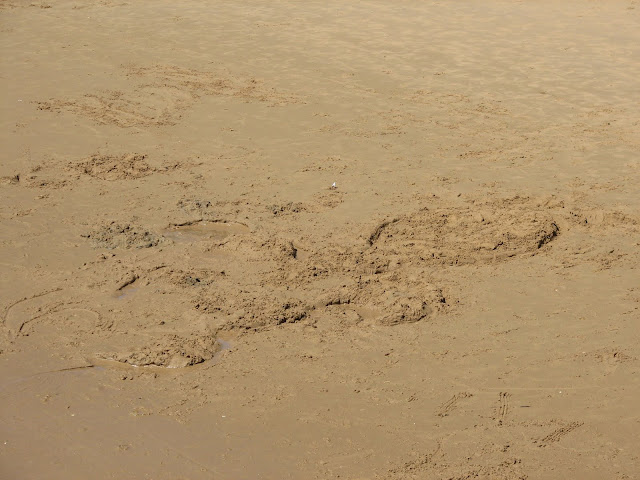 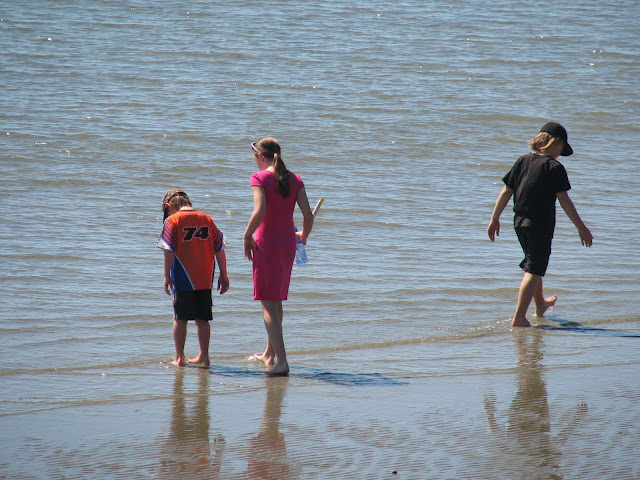 Those of you who have been following my blogging may have noticed I enjoy taking photos of people, particularly children, at the seaside. I suppose it is because I enjoyed the seaside so much when I was a child. I hope these children enjoy it all as much as I did and still do. 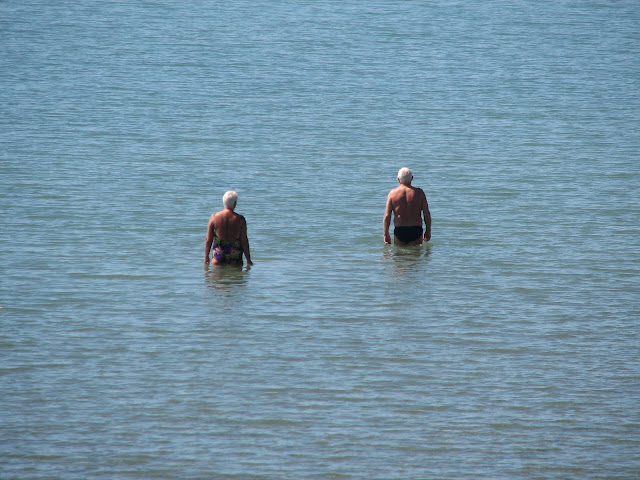 I particularly enjoyed these two older people who acted like synchronized swimmers. They turned in different directions at the same time. 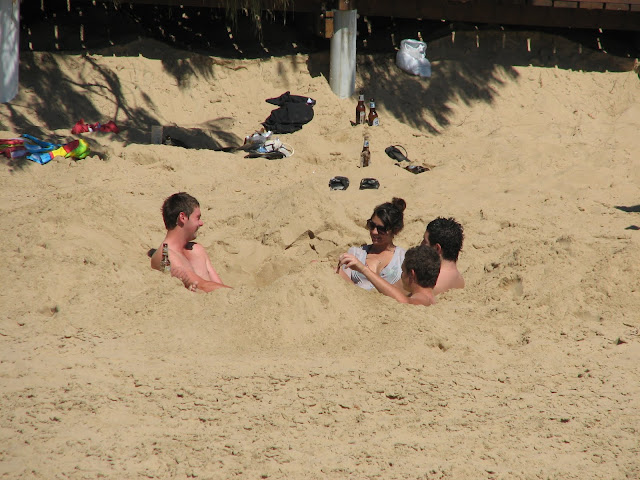 A hot tub in sand. I thought it was quite novel. 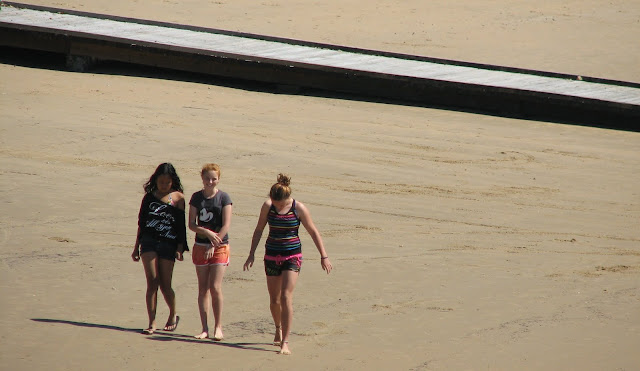 Three young ladies. To be honest, I really liked the composition with the path leading down in the background. 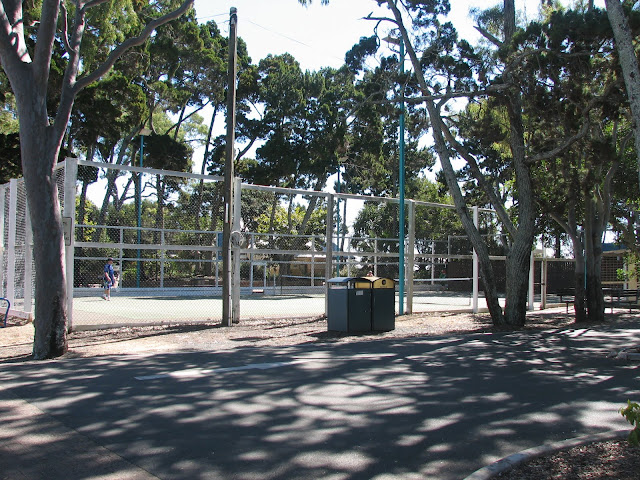 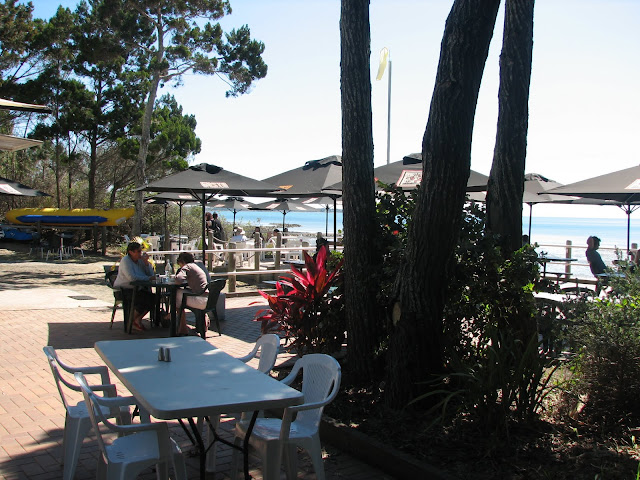 But there is now a cafe on the beach. It specializes in coffee of course. 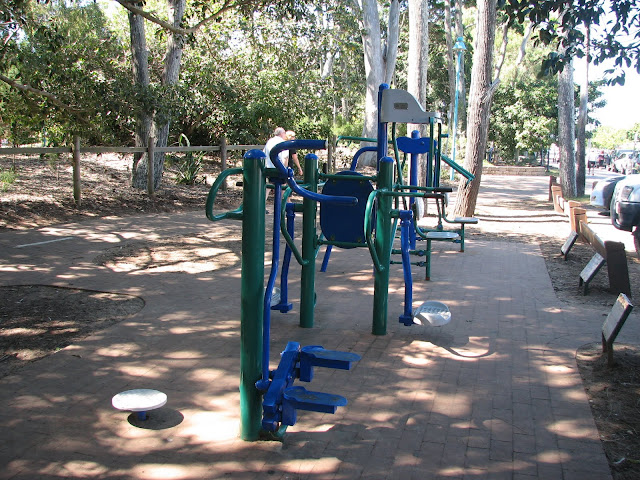 A path runs the length of the whole bay for 11 kilometers. Here is a fitness station that was built as part of the stimulus package to put off the Global Financial Crisis as it is called in Australia. 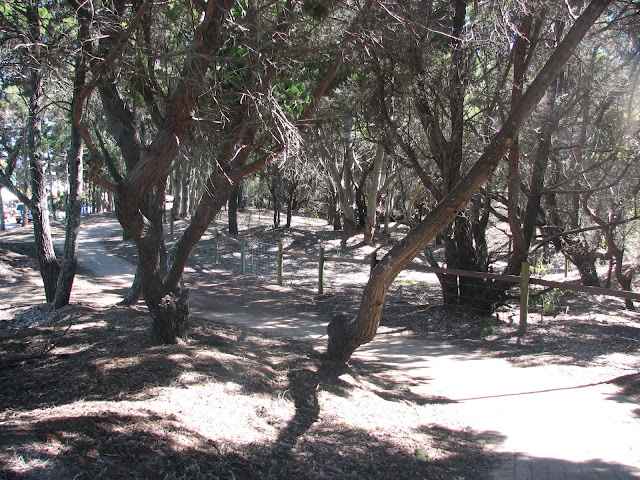 More of the path. For me, the interesting part of the bay belongs to the beach and the rest is of less interest. Perhaps next time, I will take more photos of the other side of the street.
Posted by Ray Perry at 9:09 PM