Trial Bay Gaol was built on a headland overlooking Trial Bay just outside the small town of South West Rocks. 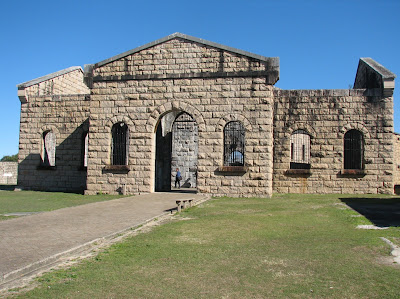 It reminded me very much of Dunstanburgh Castle in Northumberland, UK which you can read about in another of my blogs here. 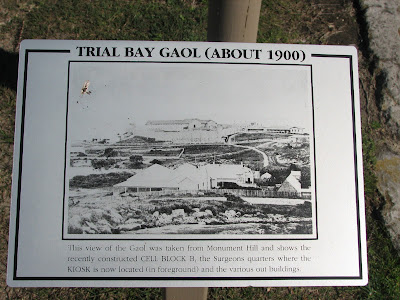 The Gaol was originally built in 1876 to house prisoners who worked on building a breakwater which was supposed to provide a safe anchorage in Trial Bay. This was not a convict prison as transportation to Australia ended in 1868. 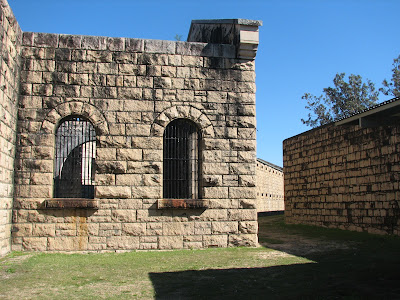 The Gaol was used as an internment camp for Germans in WWI. A history can be found here. The history is very reminiscent of other histories I have read about British soldiers imprisoned in Germany. 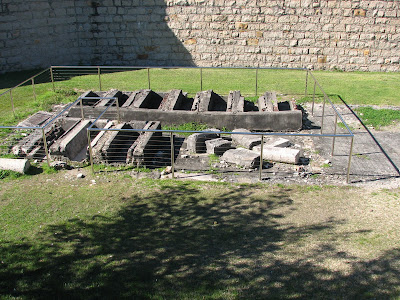 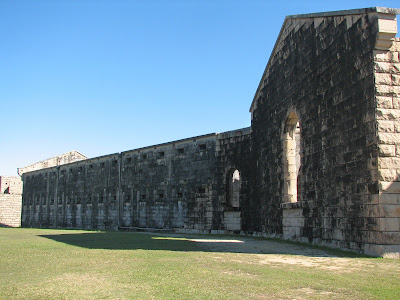 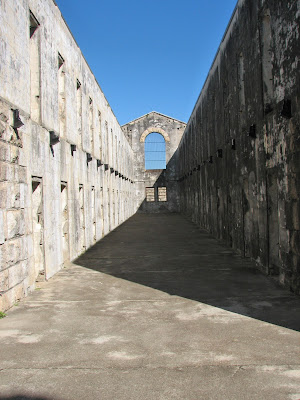 Because of the mild climate in Australia, the walls are in pretty good condition. 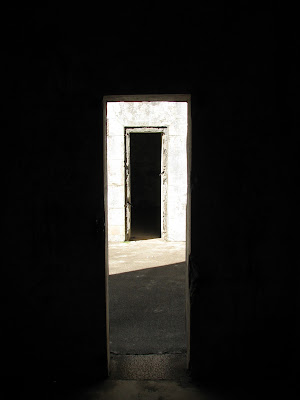 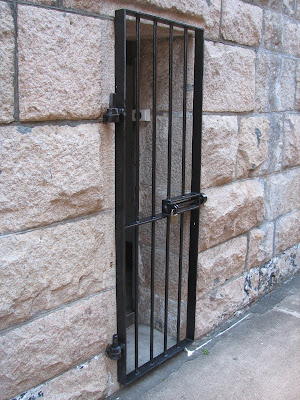 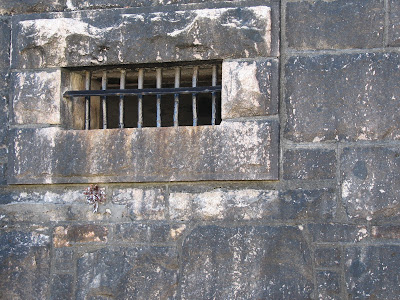 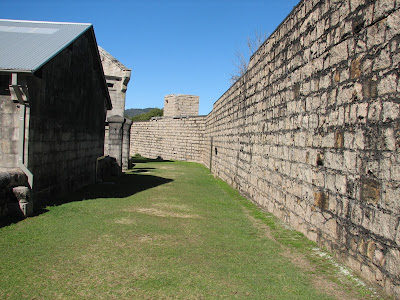 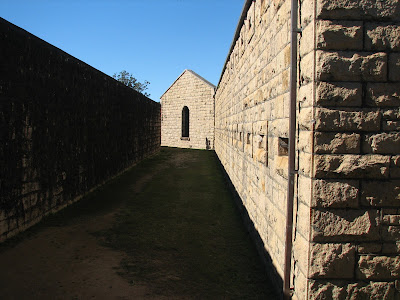 Because of the strong sun in Australia, shadows can be very dark and dramatic. 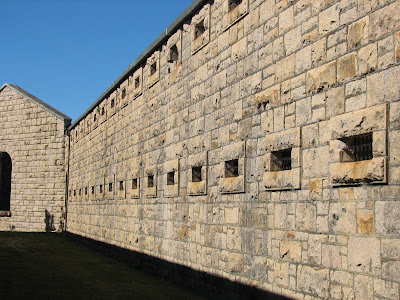 There were two levels of accommodation in the gaol, but the floors are gone. 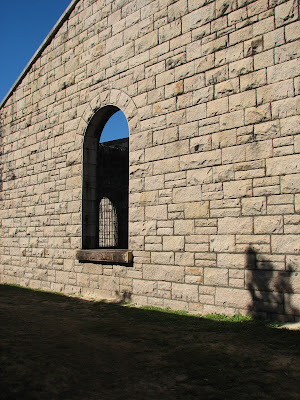 The ruins are interesting to walk around and there was a group of architecture students there being shown around. 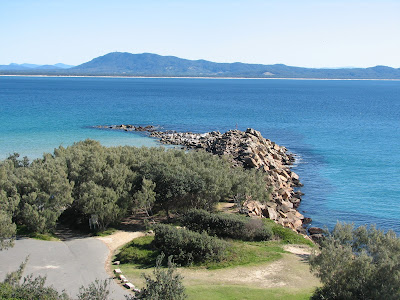 This is all that is left of the breakwater which was mostly destroyed in a storm. 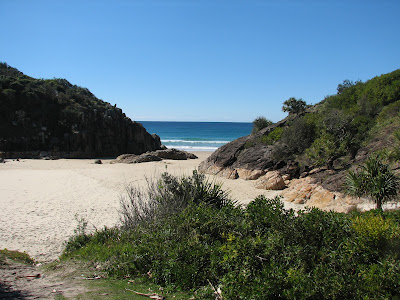 The area itself is beautiful with gorgeous beaches. Compared to Northumberland, the weather here, even in winter, is marvellous. 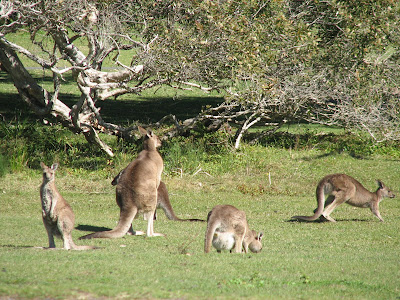