We continued heading west towards Longreach. Like Rockhampton, it lies on the Tropic of Capricorn but as far as I could see, Longreach doesn't make too much of it. They have other 'stuff'. 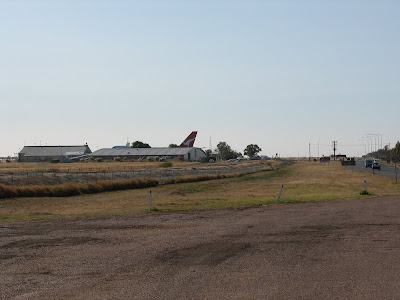 Off in the distance as you drive into or out of town is a huge tail fin which belongs to one of Qantas's 747's. It was landed at Longreach Airport where it became part of the Qantas Museum. 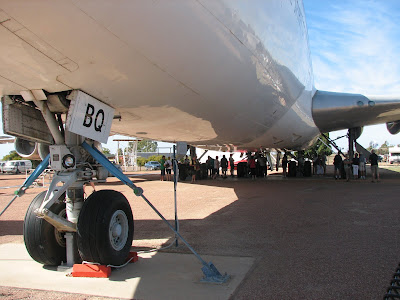 The runway was just long enough for the plane to land, but not to take off again. You can tour the plane and be taken into areas you normally would not see on a Jumbo. 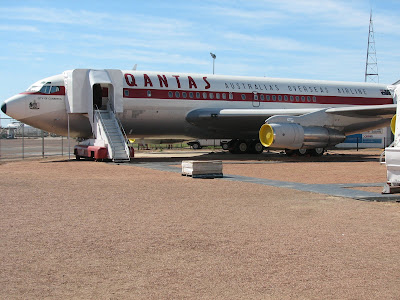 The museum also has the first jet owned by Qantas, a 707. It was found in the UK and restored by a team of volunteers. 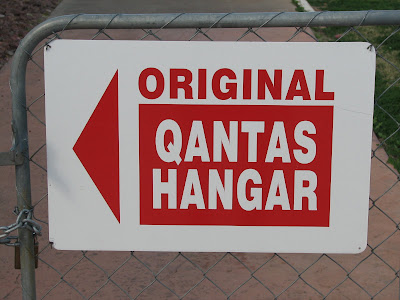 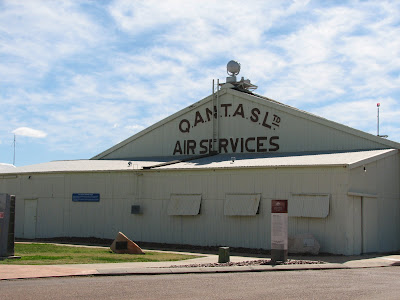 The original hangar. For a while, Qantas built its own planes in this building. 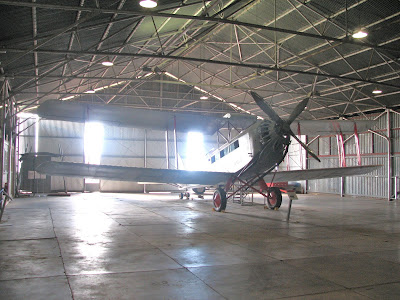 Inside the hanger is one of their old planes, a de Havilland DH61. It could hold seven passengers and there was not much room. 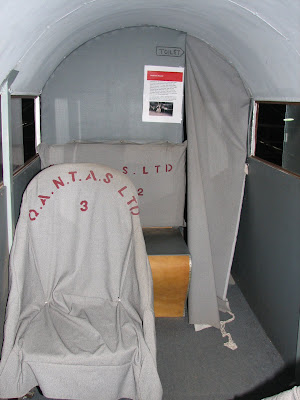 There was even a toilet up front behind a curtain. 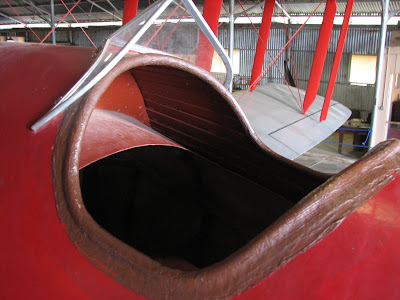 The pilot sat outside. 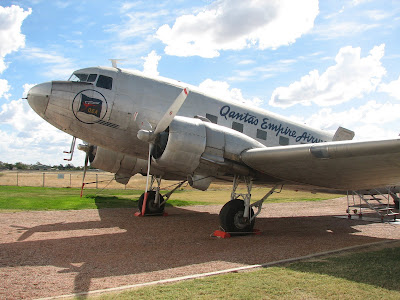 A Douglas DC3. I once had a ride on one from Brisbane up to Maryborough. 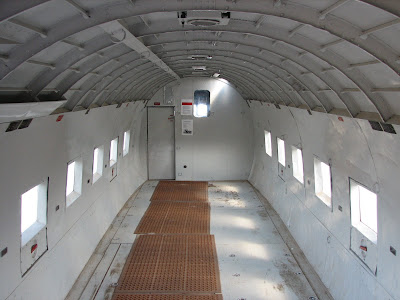 Inside the DC3. It was weird getting into the plane because you have to walk up the slope to get to your seat. 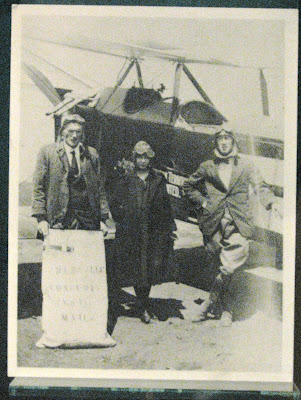 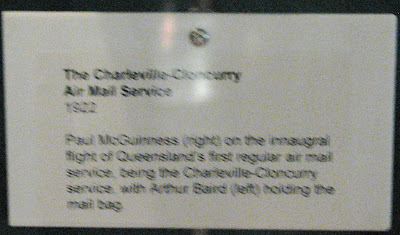 The young lady in between was Ivy Coates who used to live next to my parents in Brisbane during the 60's and 70's. She was quite old by then but was proud of being the first passenger on this route. 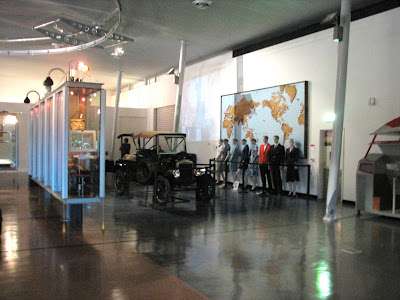 The museum is very interesting with numerous things to see. 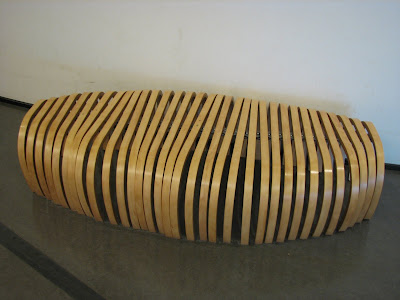 An interesting seat. Surprisingly, Qantas does not own the museum. 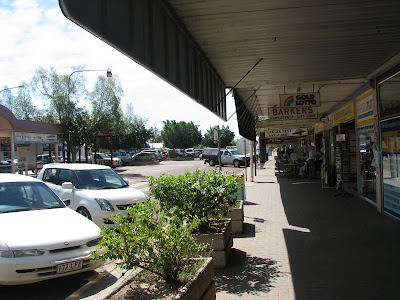 Downtown in Longreach. It has the usual wide streets and quite a number of shops that seemed to be doing well. The streets are all named after birds, so it is possible to stand on the corner of Duck and Galah. 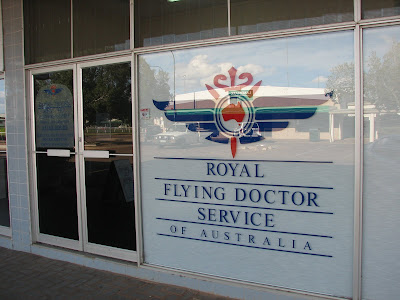 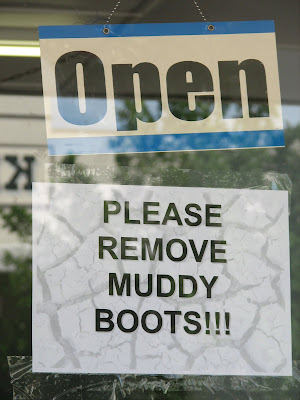 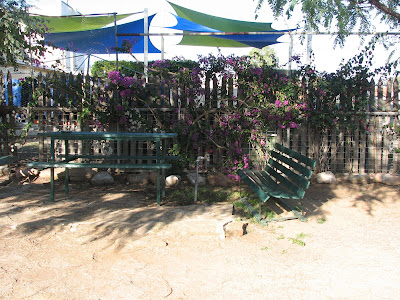 Perhaps the nicest part of Longreach was the Longreach Motel we stayed at. The owners were very friendly and organized a very long happy hour where people staying at the motel could gather and talk as well as drink some beer and have some nibbles. 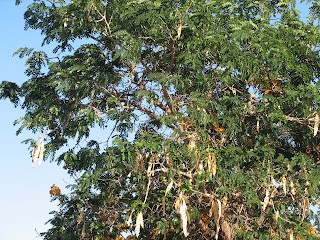 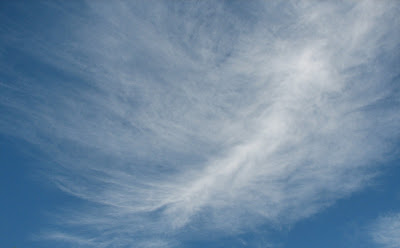 The cloud patterns in Oz are really interesting. Incidentally, the temperature in the afternoon as we left the Qantas museum was 96 degrees Fahrenheit or 35 degrees Celsius. Even the locals were complaining because this was supposed to be the depths of winter.