Perhaps my favourite spot on earth is the Urangan Jetty or Pier. If all else goes wrong, this would be the spot I would retreat to. The world is good here. 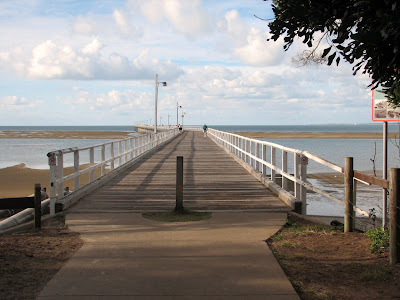 The entrance to the jetty at low tide. 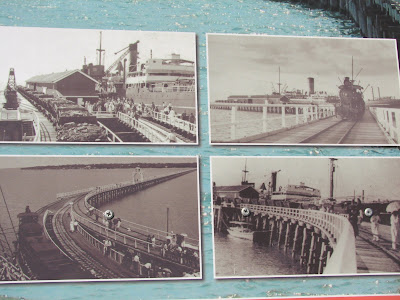 Pictures of what it used to look like. Yes, I remember standing on one side as a steam engine proceeded past. Usually, the general public was not allowed out to the wharf area, but occasionally we were allowed to go out and explore a ship that was tied up at the wharf. Great excitement. 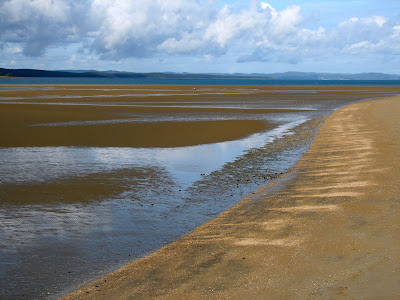 The beach itself at the shore end of the jetty is not all that wonderful now. The building of a marina to the south inhibited the movement of sand so the beach is not as filled with sand as it used to be. However, the sand itself is still high quality and squeaks as you walk on it. 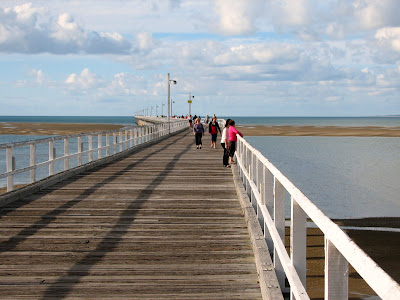 The real magic comes at low tide out further on the jetty and the large sandbanks become visible. Below are a bunch of photos of the sandbanks. 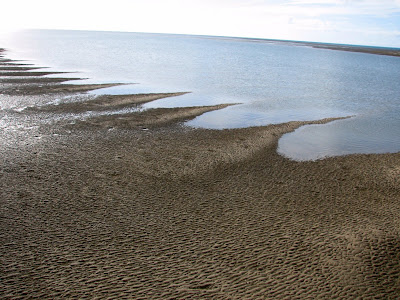 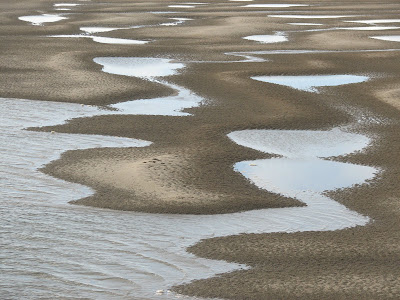 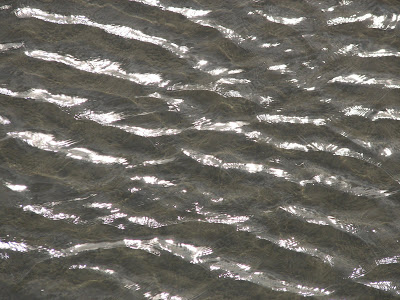 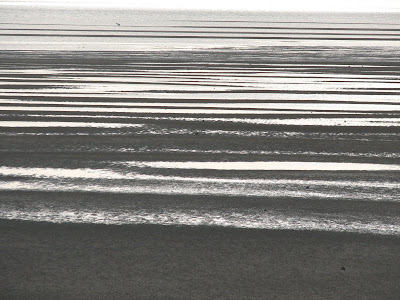 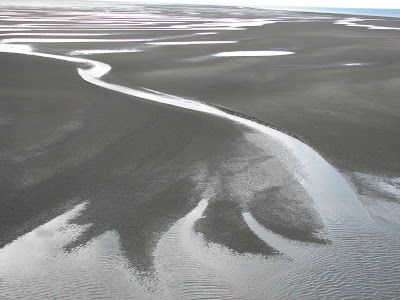 One of my favourite memories comes from when my daughter Robin and I walked all the way out to the tip of the sandbank at low tide. Suddenly I noticed that the tide had started to come in. Knowing that it would come in quickly and that it would be quite high, we rushed back to the shore and just made it in time. Even so, we still had to wade through water that was almost three feet deep. 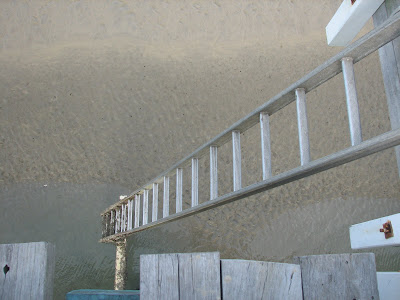 When we rushed back to the shore, we went past this ladder which is about half way out on the jetty. I considered climbing it but decided to stay on the sand. After we reached the beach we walked out on the jetty to see how deep the water was and just 20 minutes after we had walked by the ladder, the water was already half way up. 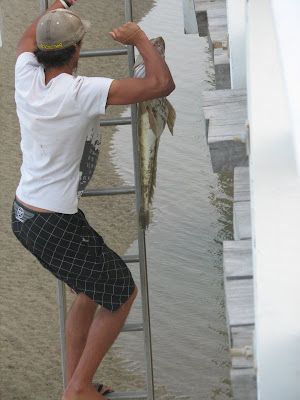 This time as I walked past, I noticed the ladder was being used by a young bloke bringing a large fish up onto the jetty. 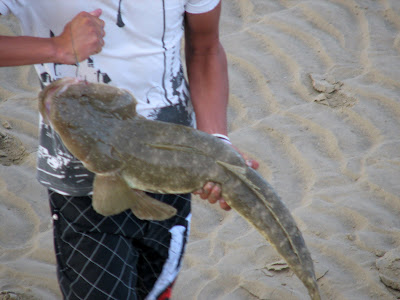 The fish was a Flathead which is quite common in these waters. As you can see, it was large. 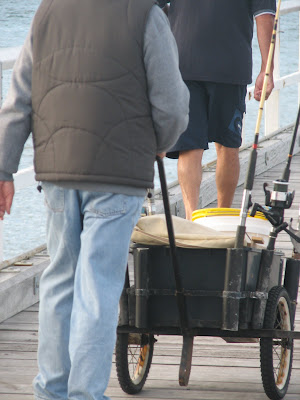 A serious fisherman, or at least somebody with a bunch of stuff. 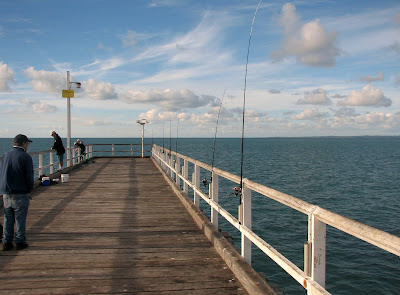 The end of the jetty. The fishing is pretty good here and so there are always quite a few lines cast. 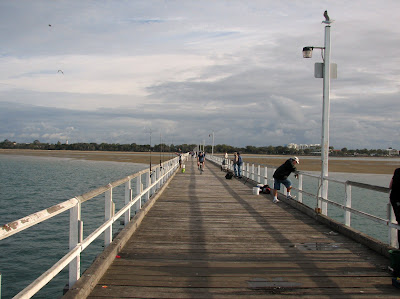 Looking back towards the shore. 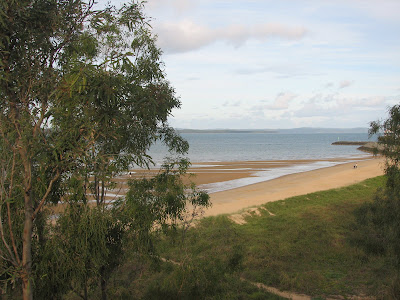 Some of you may have noticed the absence of waves. The reason is that Hervey Bay is protected from the open ocean by the 75 mile long Fraser Island. It is the world's biggest island made of sand. Whales visit the area each winter and there are numerous operators who take tourists out to see the whales. 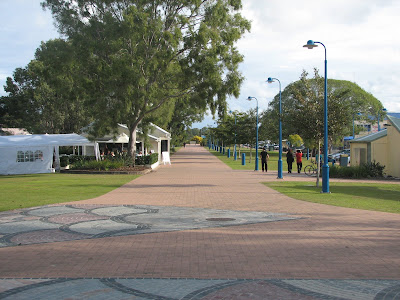 The train line used to go down the centre of this path and there used to be a small railway station. Now there is a coffee shop. 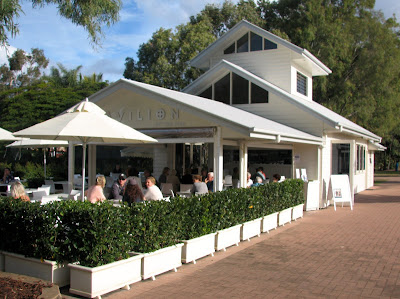 Next time I expect to see a sushi bar. Come to think about it but there could be a source of very fresh fish just a few yards away.