North Platte to the Badlands of South Dakota

It was very noisy at the motel with noise from the parking lot but eventually I slept well. In the morning it was much cooler (57 F) and we each had a waffle, so a good start to the day. 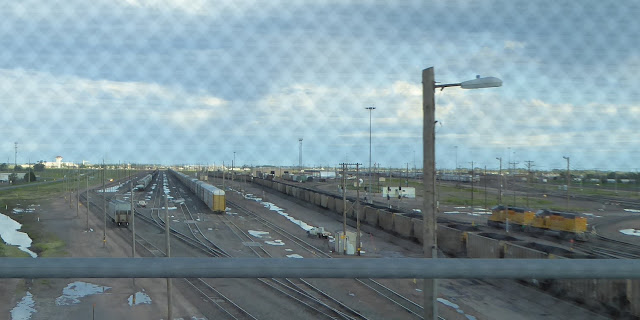 Before we left North Platte we drove  a mile or so to view the largest train marshaling yard in the world. This is just a small part of it since it is eight miles long and two miles wide. 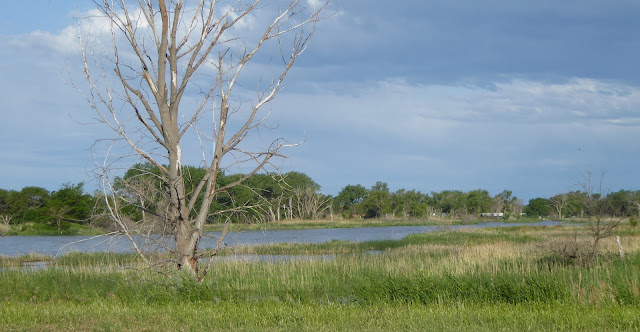 North Platte lies at the confluence of the North and South Platte Rivers. This is the northern version. 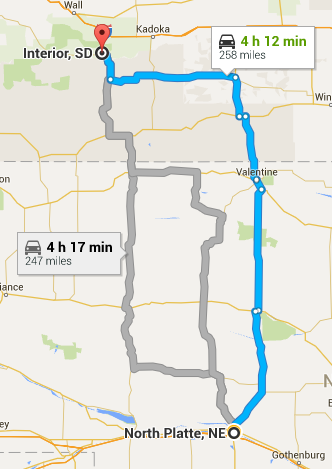 We took the blue route. 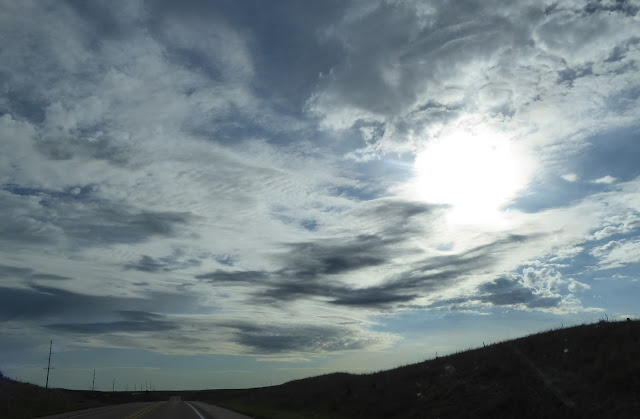 Sometimes photos turn out better than they should.

The drive north turned out to be much better than we expected. There was not much traffic and the scenery was lovely. 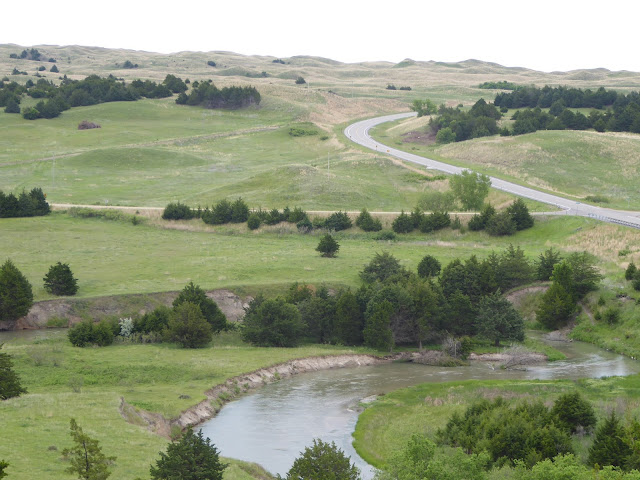 We stopped briefly at an overlook. 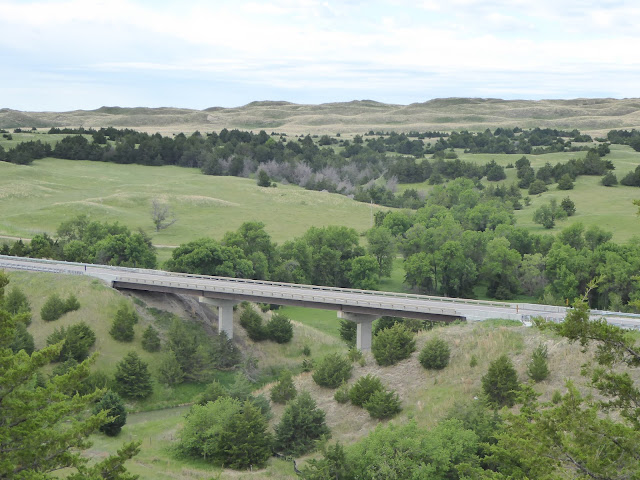 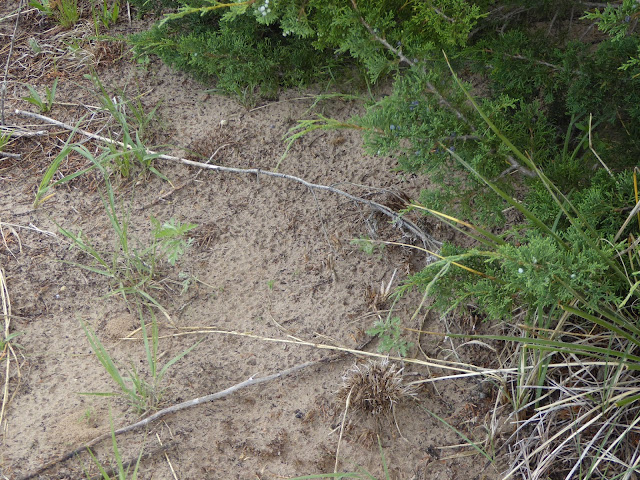 The northern part of Nebraska is quite sandy. It reminded us of driving along the southern Australian coast. 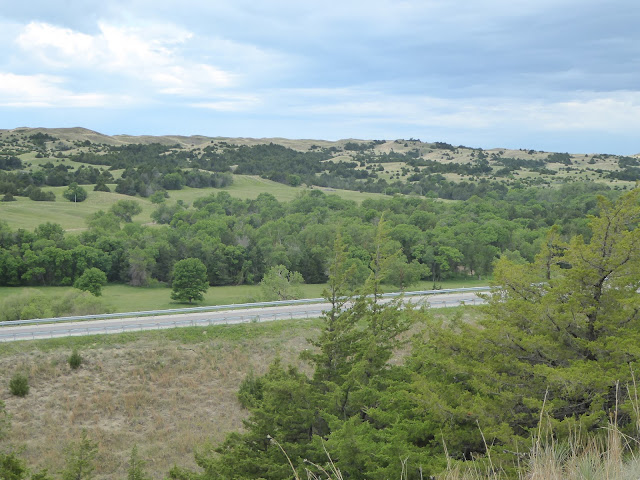 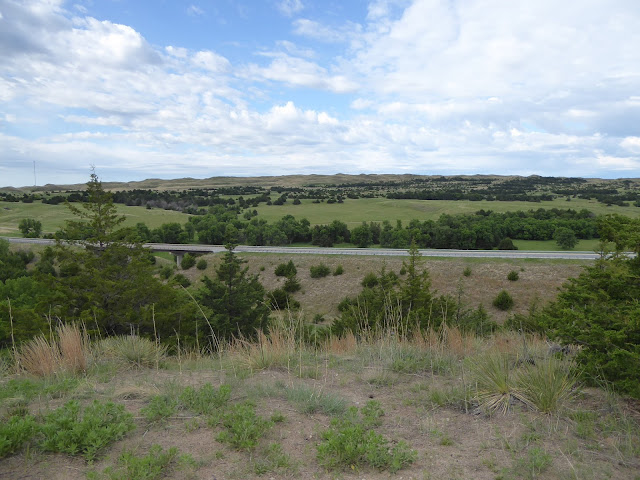 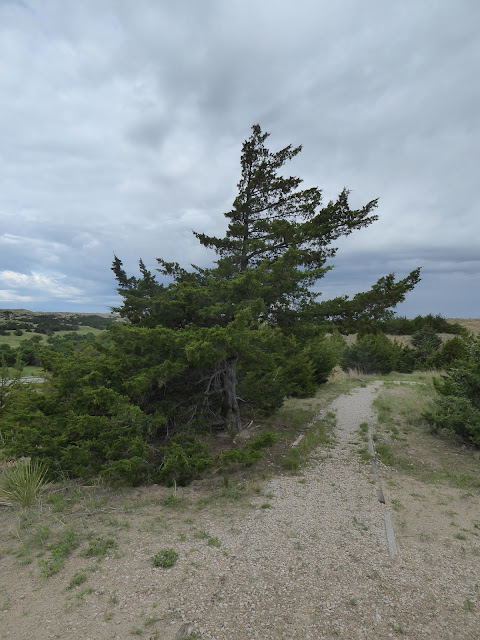 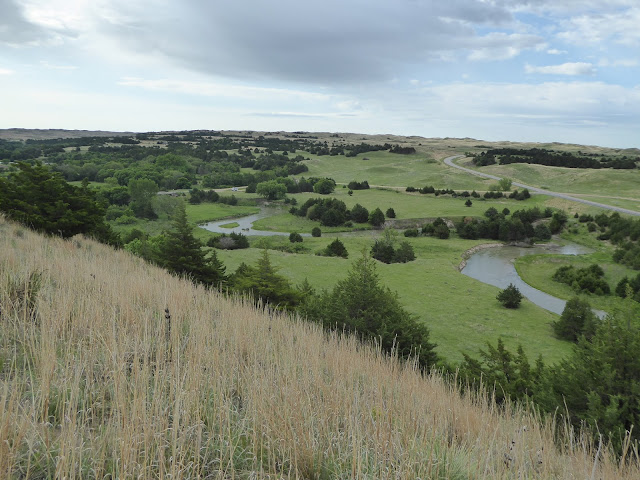 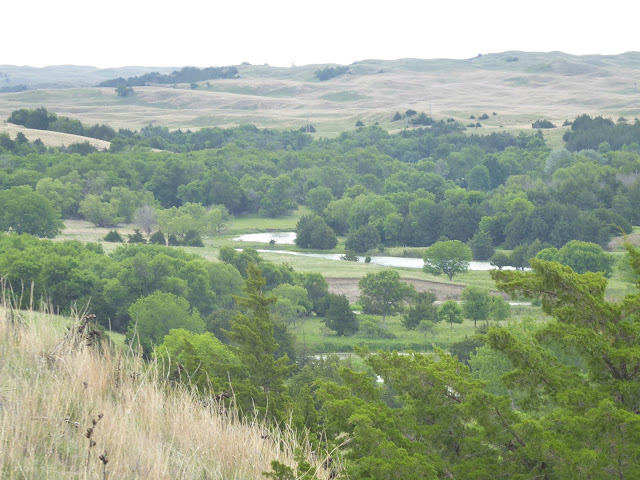 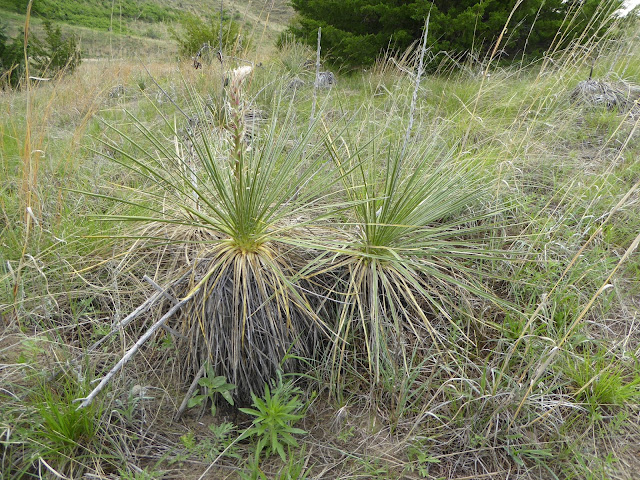 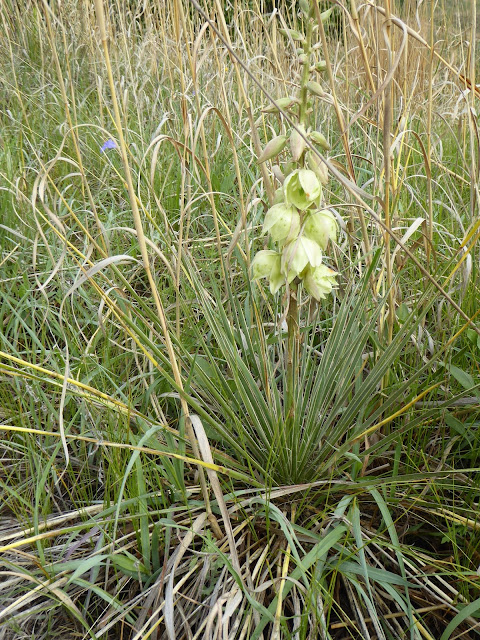 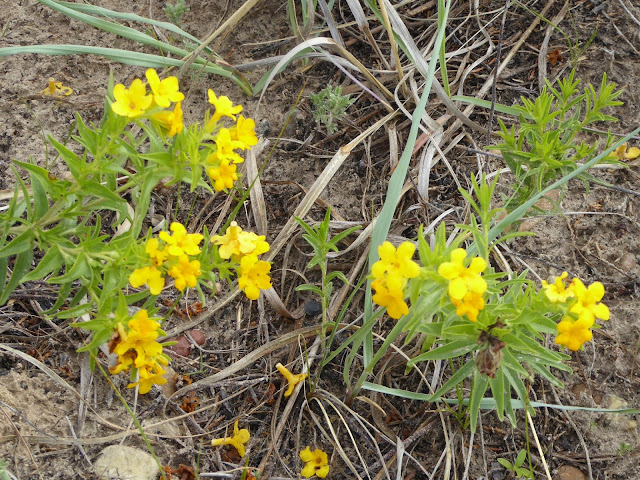 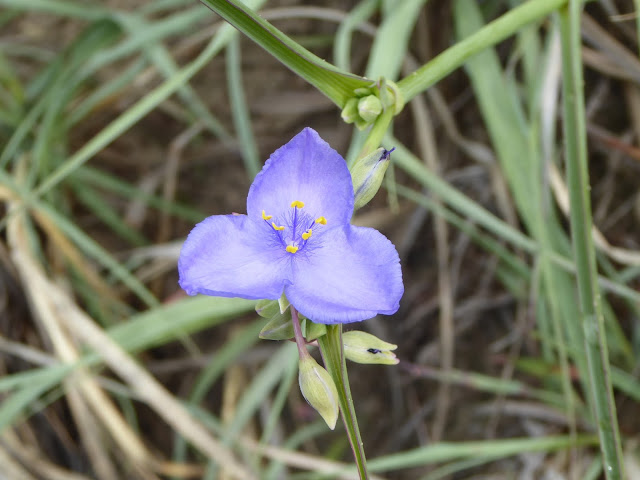 We slowed down for a group of horsemen herding some cattle.

Deserted road, quite different from the busy interstates.

We stopped at the town of Valentine and I spotted this sandal laying in the middle of the street. There was no matching sandal to be seen. 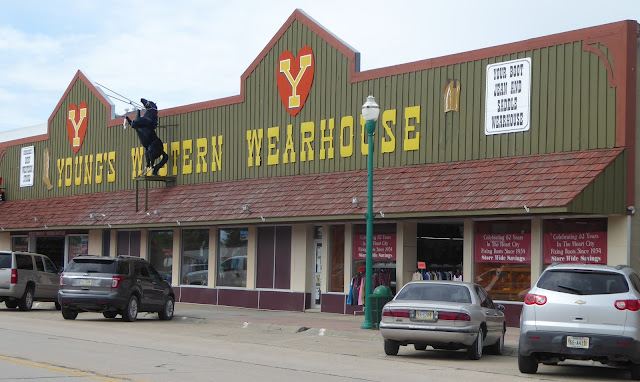 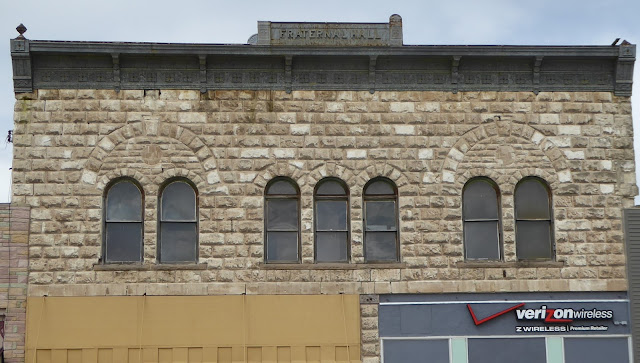 Valentine appeared to be a reasonably prosperous town with a number of interesting buildings. 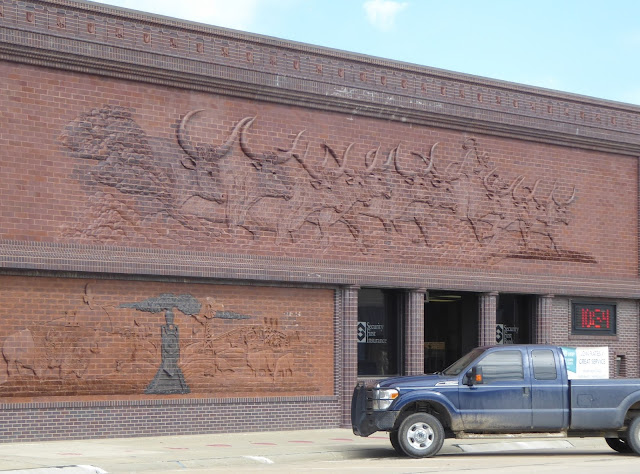 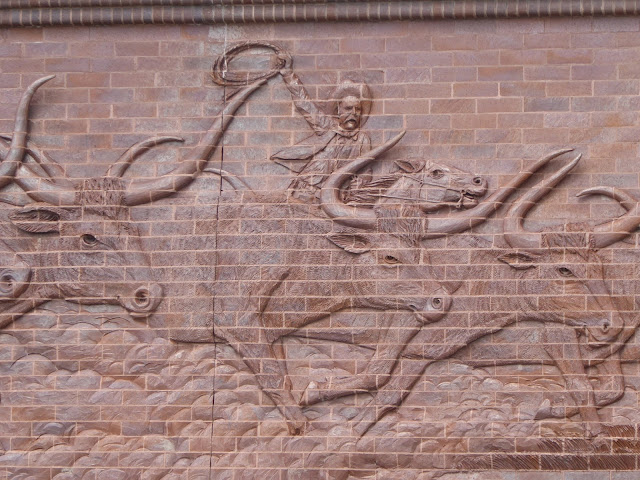 We were intrigued by this facade. 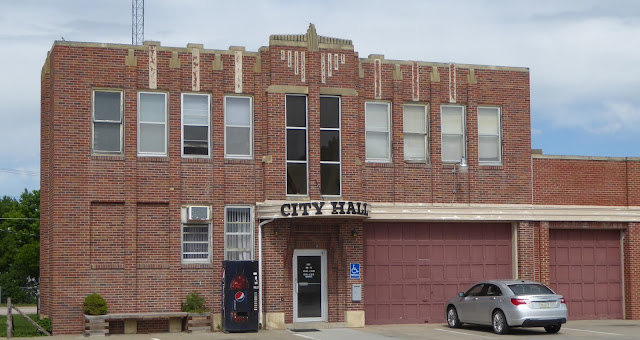 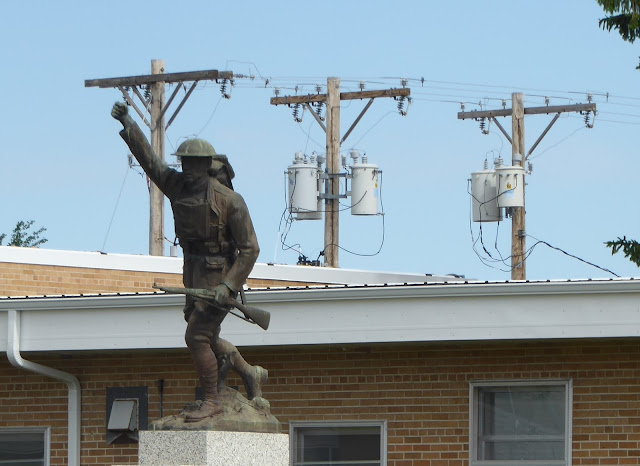 Somehow I liked this image with the power poles behind the charging soldier. 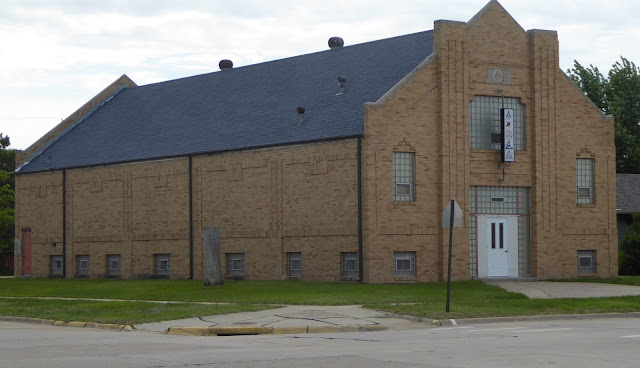 All the houses were similar and relatively small. 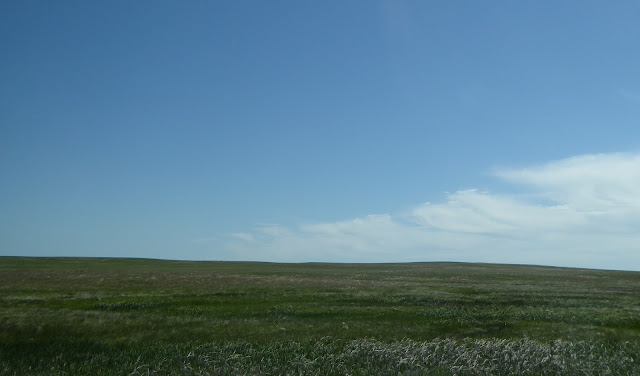 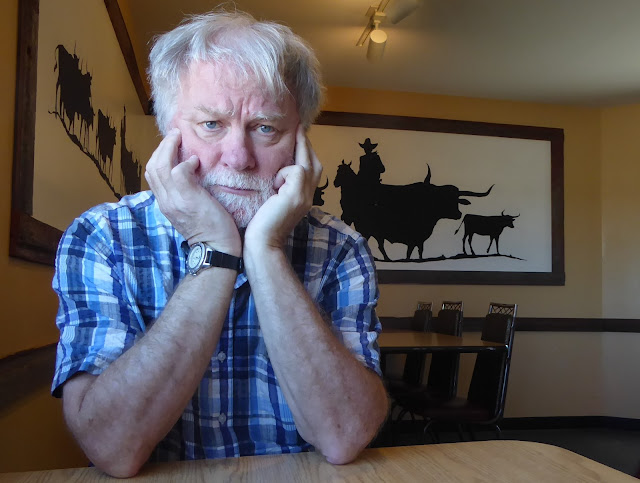 We each had a hamburger at a diner in White River SD. I was not as troubled as I looked and the hamburger was pretty good. 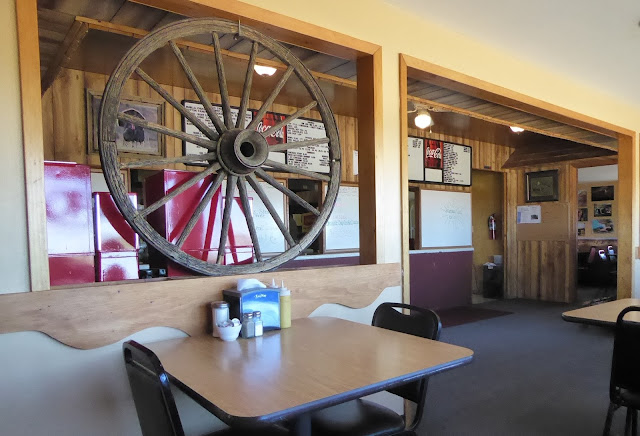 We arrived just before the rush of the local workers who were all male with pickup trucks. 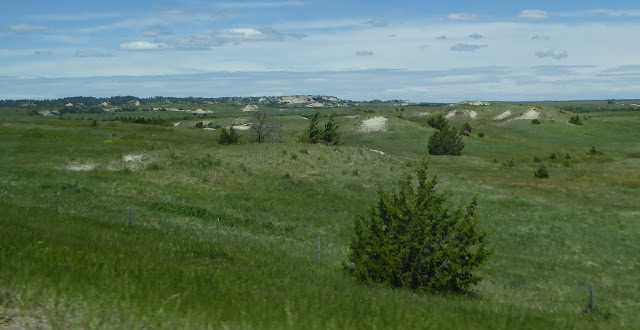 The Badlands in the distance.

It was a wonderful drive, particularly in Nebraska.