Garden of the Gods and a visit

Back in 2004 I went to the Garden of the Gods which lies between Colorado Springs and Manitou Springs. 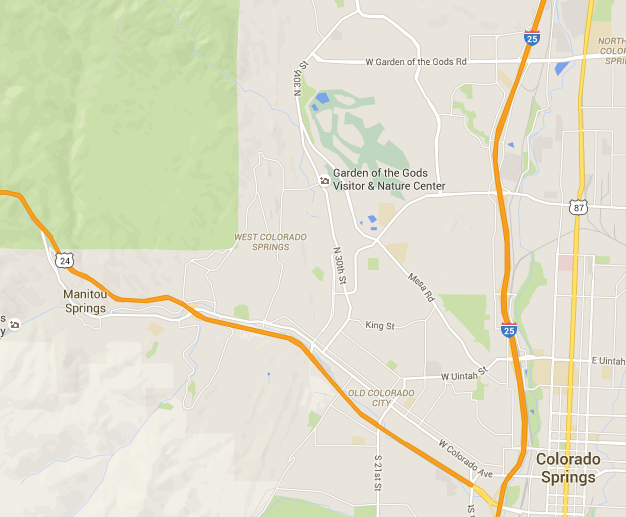 Admission is free and this is the view from the Visitors Center. 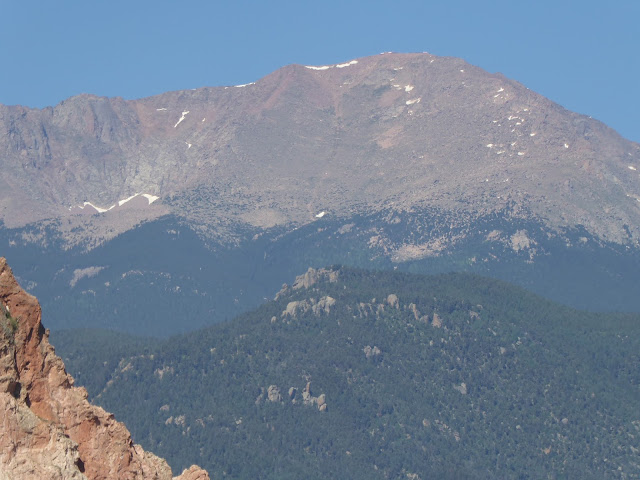 I think this is Pikes Peak. On this Sunday they were running the annual hill climb. I drove up there in 2004 and it is quite a climb. Back then the final bit of road to the top was unpaved but now it is paved the entire way. Your car really guzzles gas / petrol on the way up. 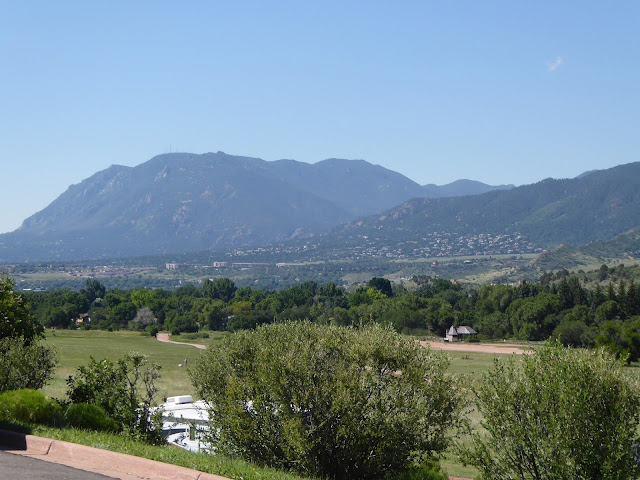 The other huge mountain is Cheyenne Mountain. During the Cold War, it was the center of operations for NORAD. 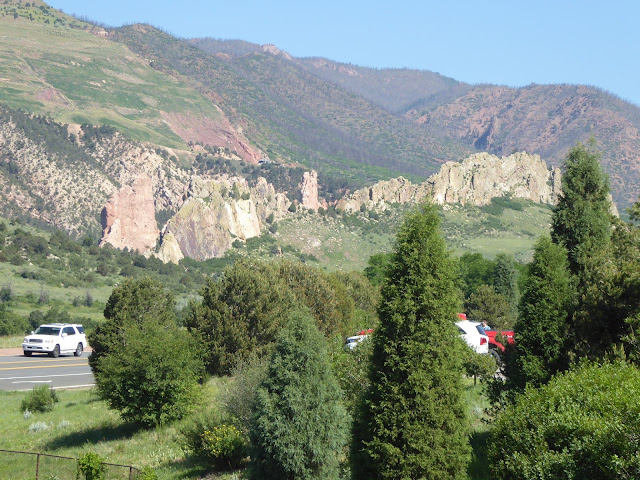 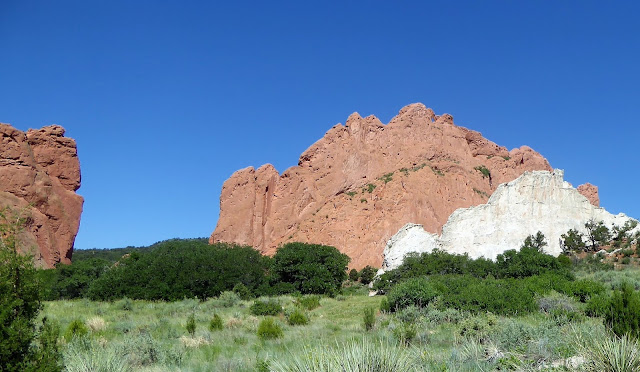 A Sunday in late June is quite different from a Monday in mid October. In 2004 there was virtually no traffic and it was easy to drive around the park and parking lots were empty. 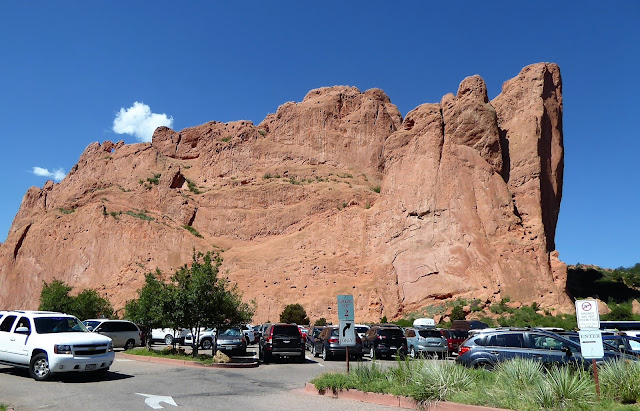 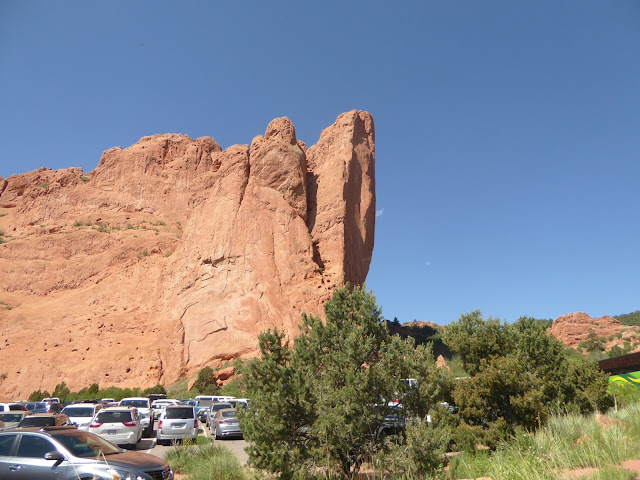 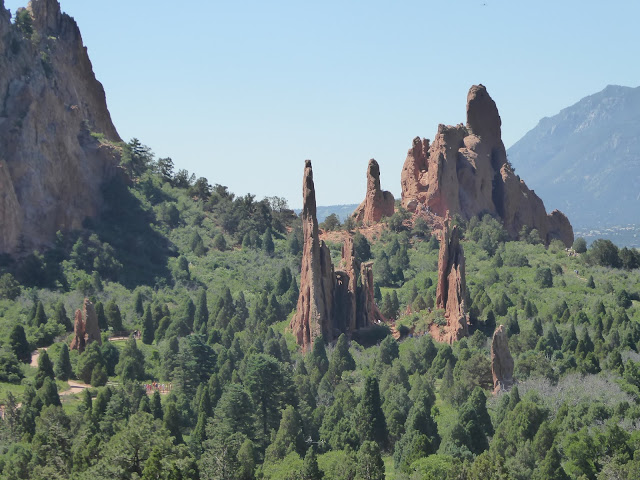 We decided we would not bother trying to get into the already full parking lots and continued to drive. 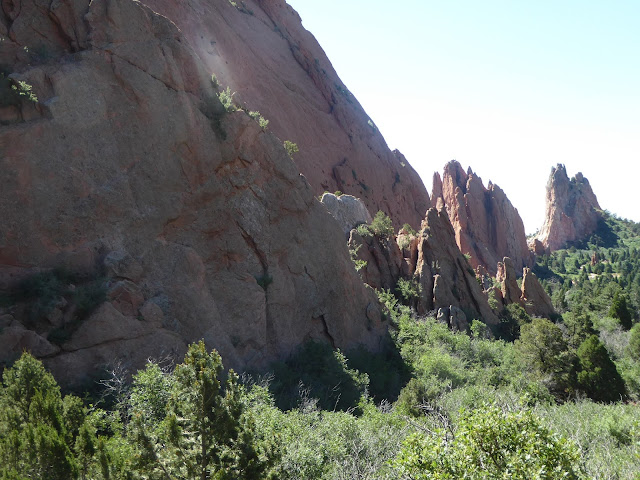 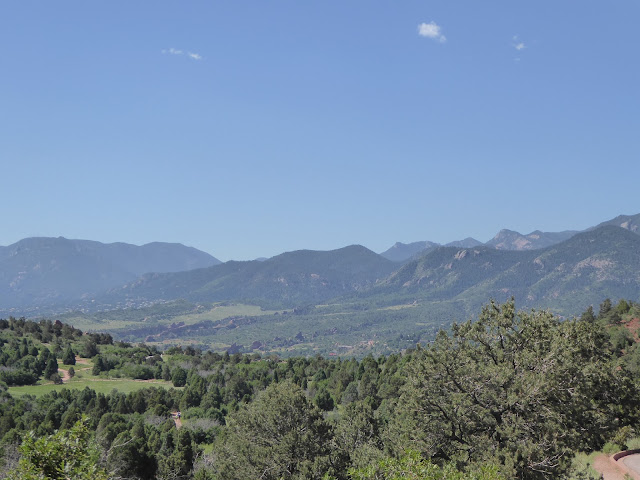 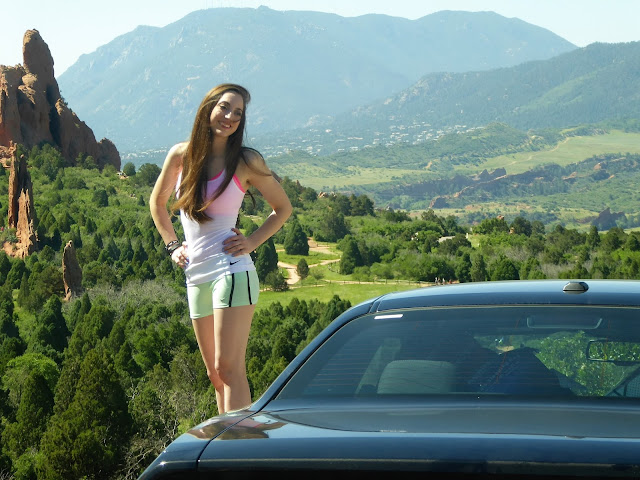 We noticed this girl posing for a photograph. Marianne wondered if she were French. 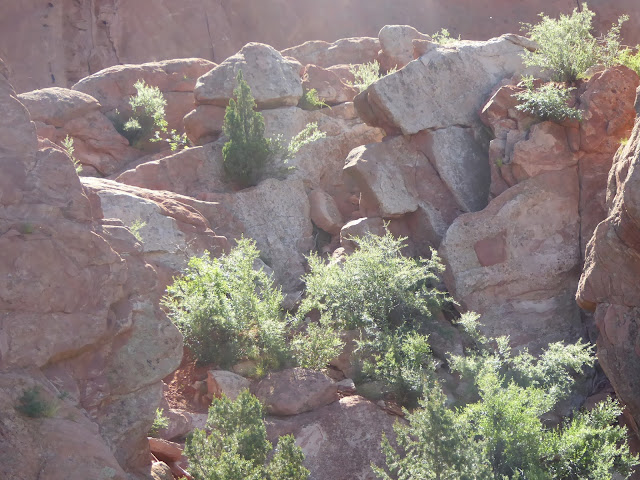 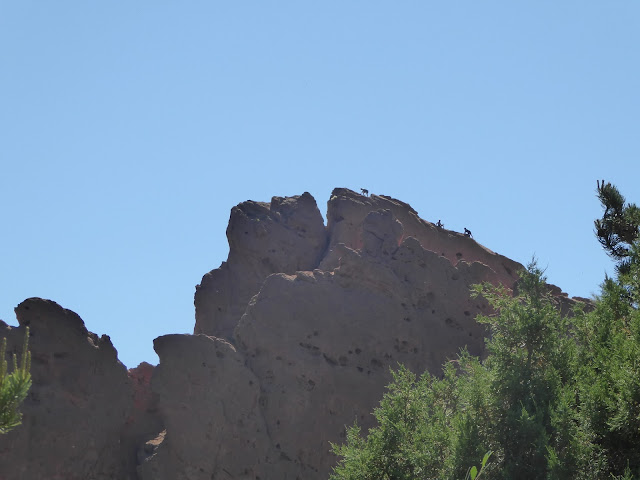 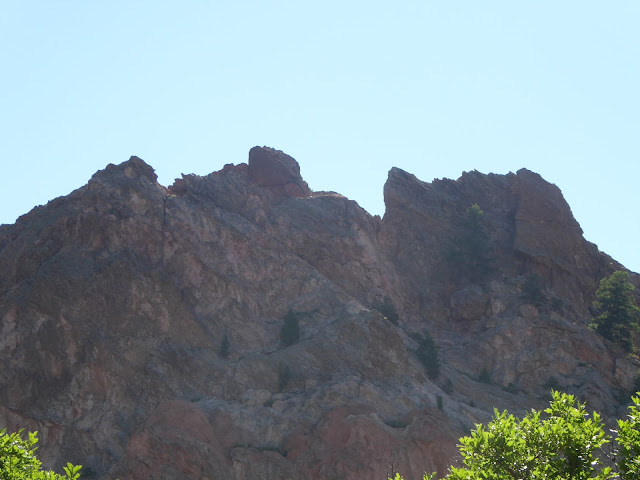 Notice people climbing on the top. 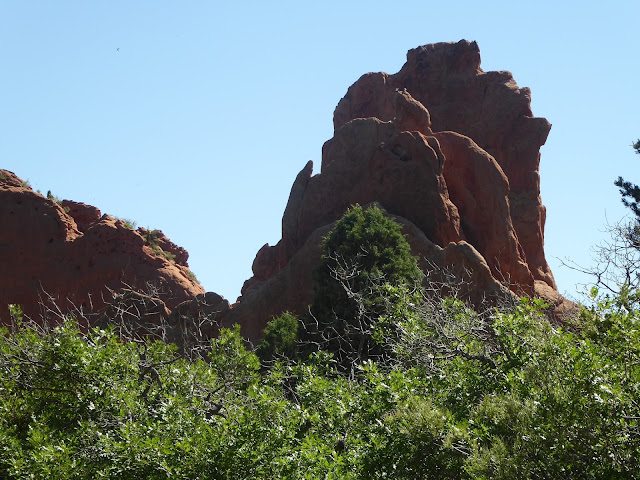 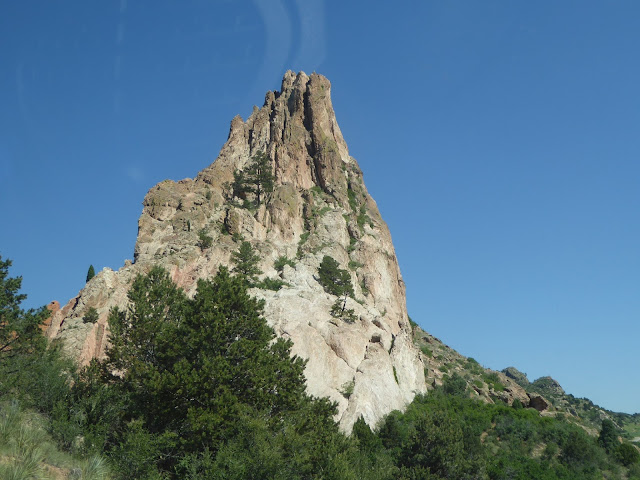 It really is a magical place, even if there are tourists everywhere. 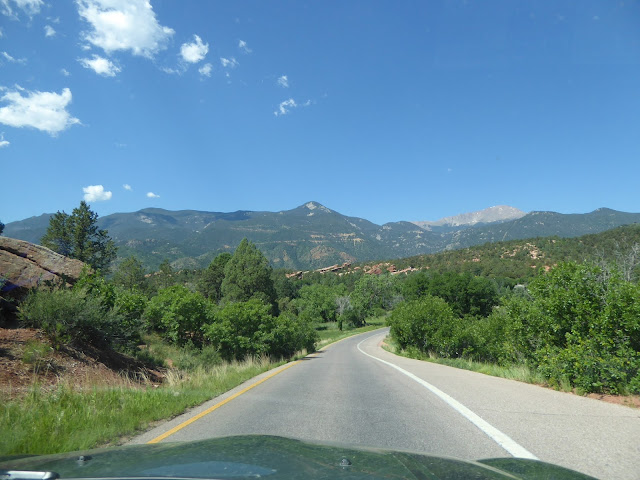 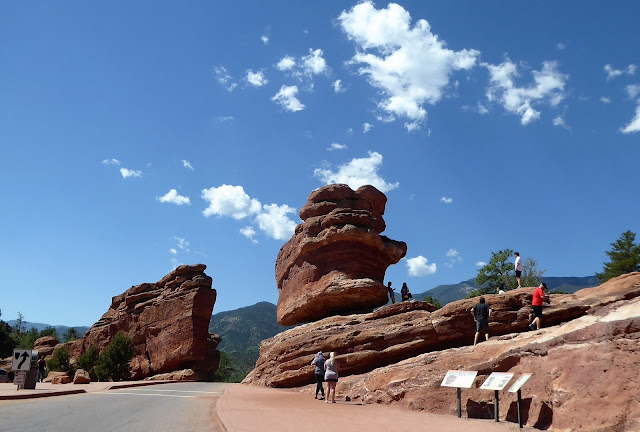 We left without seeing all there was to see and we missed some of the really outstanding features. Perhaps we had become jaded after Arches National Park but I also think we are getting tired and over-stimulated from all the travel. Anyhow, do not miss this sight if you are in the area. Just go in the quiet months and on weekdays. 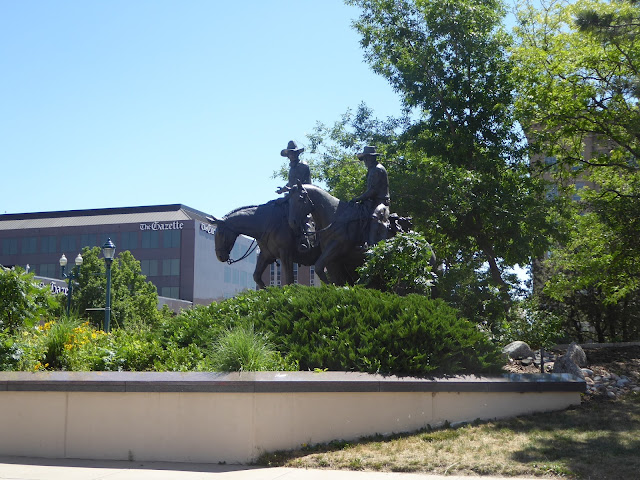 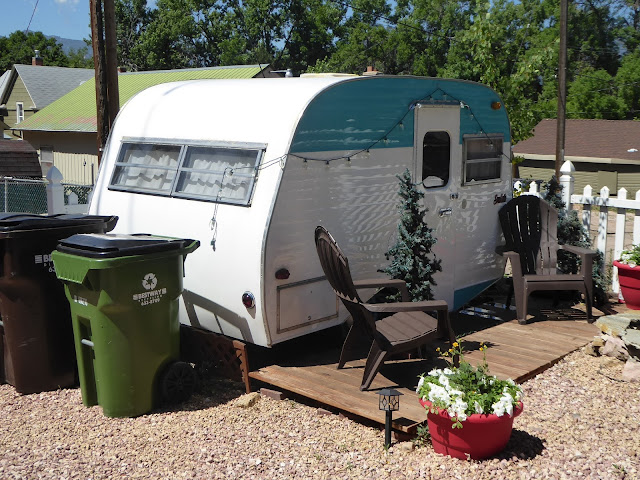 Cute little caravan in the back yard of the bnb. 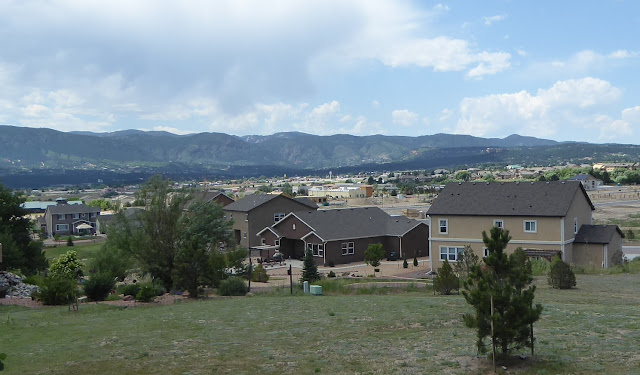 In the afternoon we visited one of Marianne's scrap booking friends. She had a lovely house overlooking the valley with the Rocky Mountains in the background. A few years before, this was farm land. 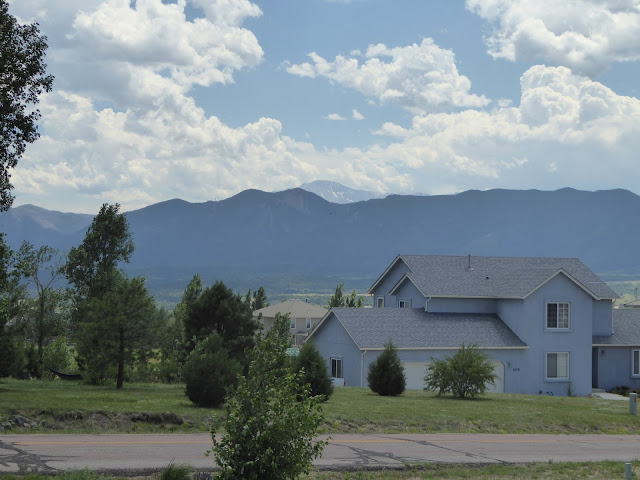 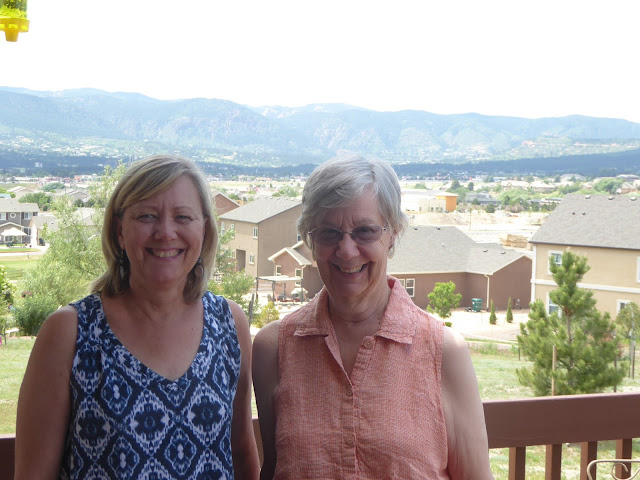 Sue and Marianne. Sue is retiring in the near future so we talked about some ideas for things she and her husband could do. 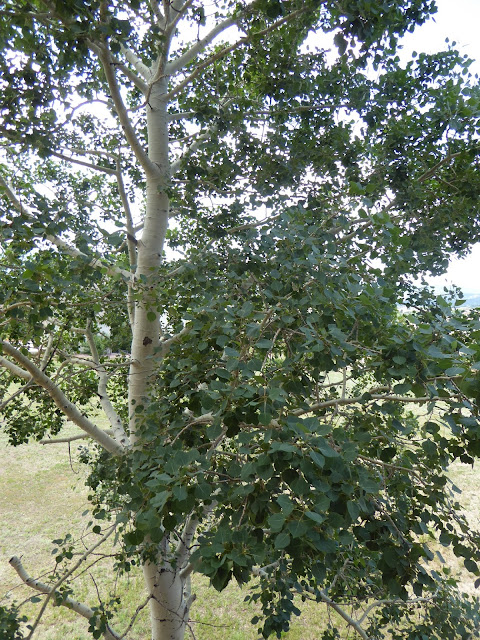 An Aspen tree outside the house. They look beautiful in October. 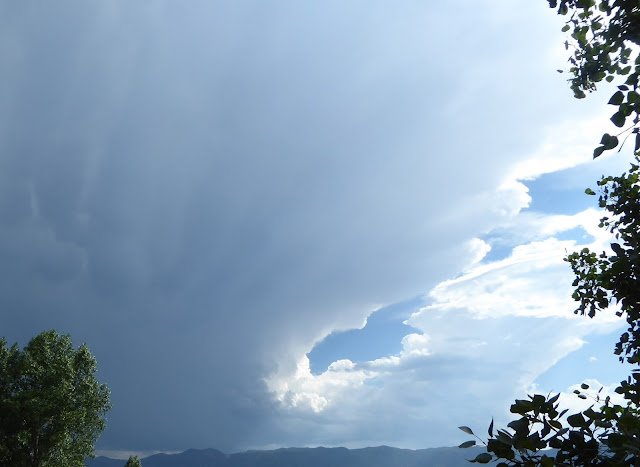 Apparently each day in Summer, storm clouds appear in the afternoon. Today was no exception. 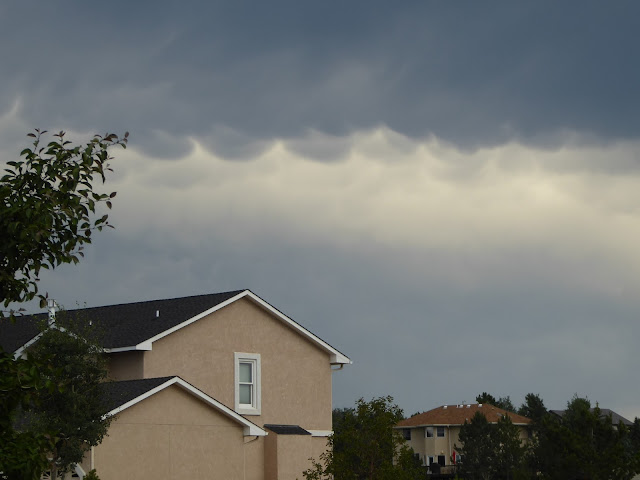 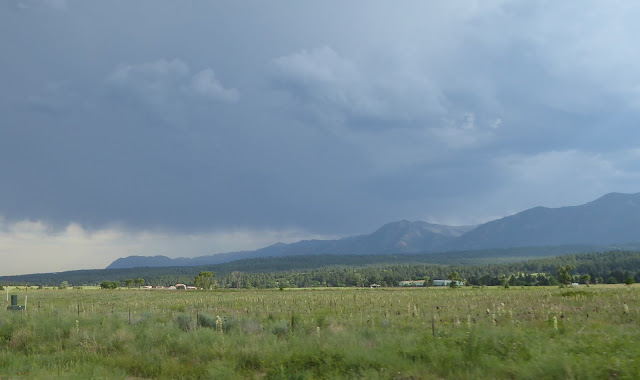 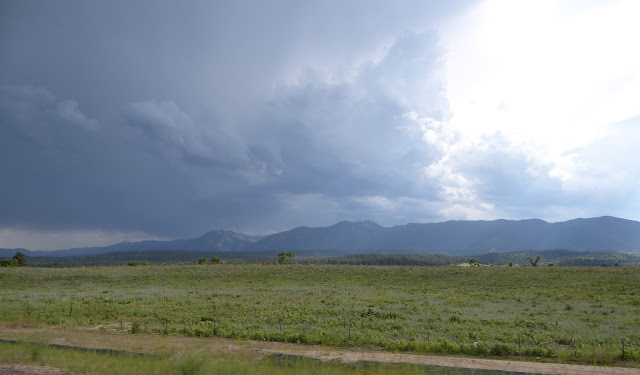 We did have a few drops on the way back to the bnb, but not enough to qualify as steady rain.