One of our nieces lives in Alameda across the bay from SFO so if we are in the area we try to see her. 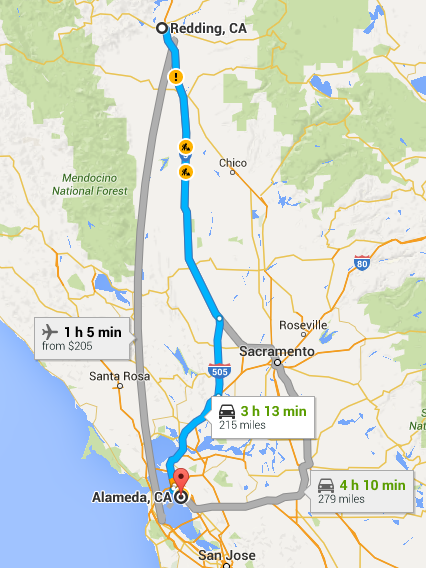 After a good breakfast, we said goodbye to our bnb hosts in Redding and set off about 9 am as usual. 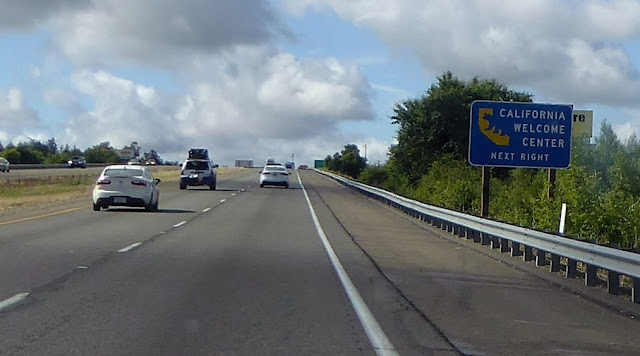 Perhaps California is a bit laid back but it does seem odd to have your welcome center over 120 miles from the border. Fittingly, it appeared to be closed.

We now were driving through the bread basket of California. 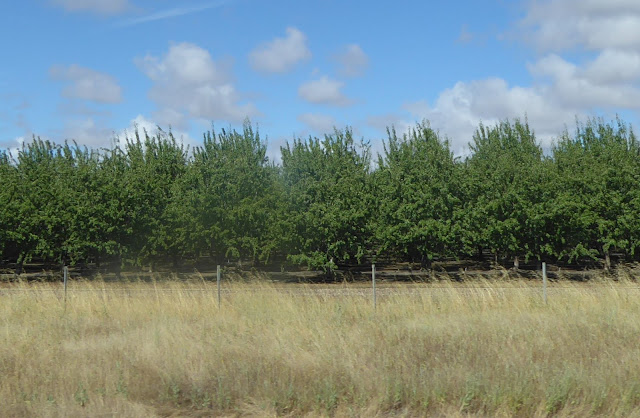 We were intrigued by these densely planted trees. We could not work out what they were. 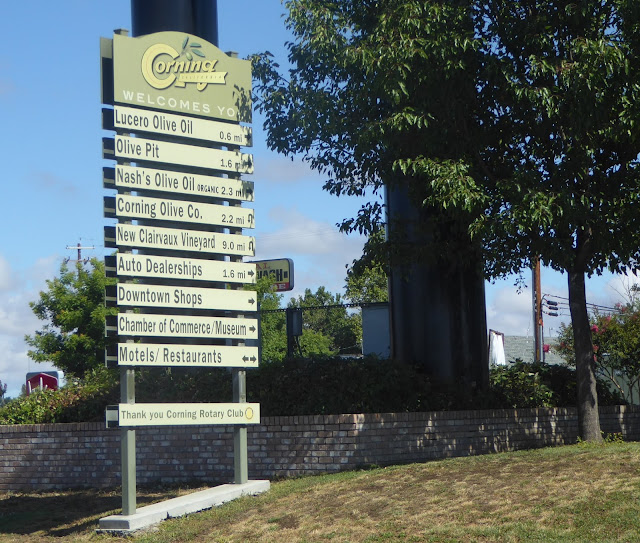 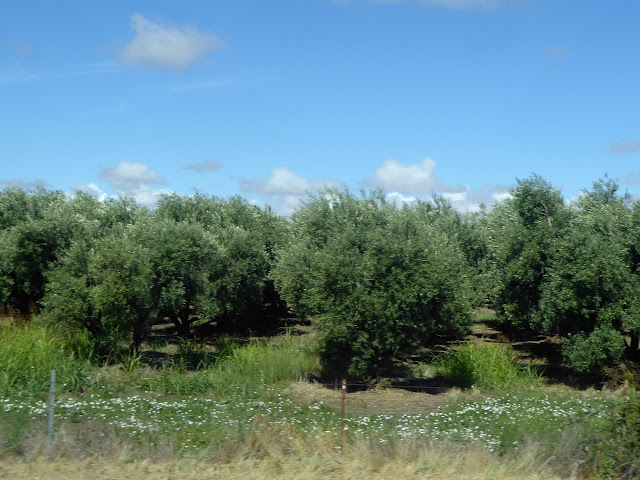 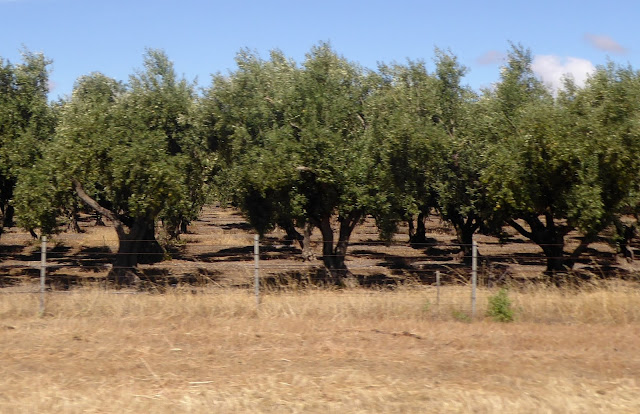 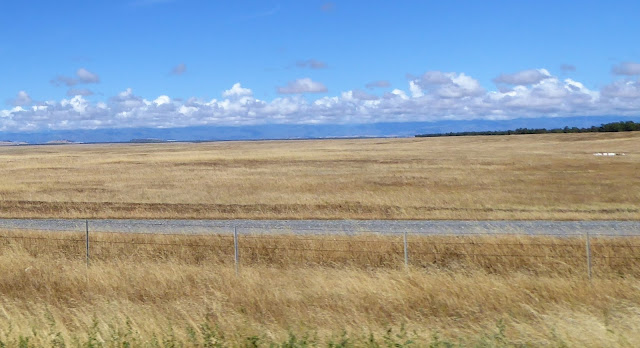 As you can see, it is quite dry in the area. Everything needs to be irrigated. 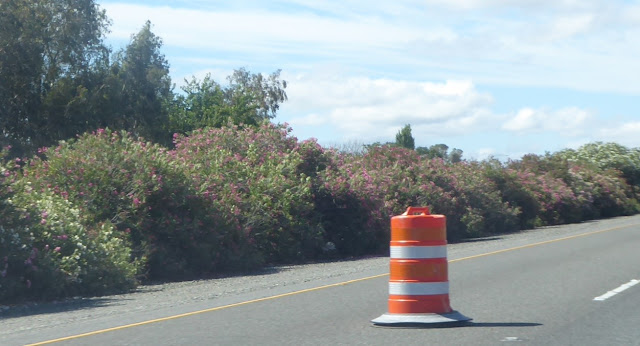 Marianne took this photo of the flowers in the median strip. Of course, this cone had to leap out into the picture. 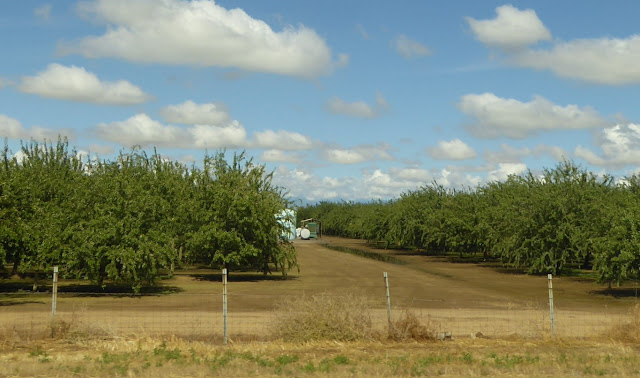 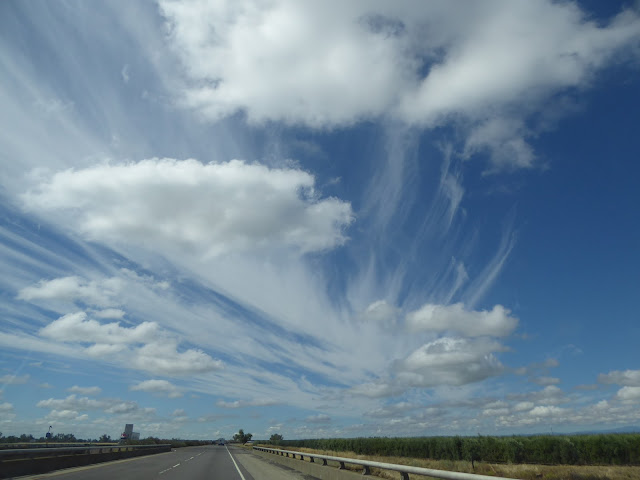 The cloud patterns became spectacular. After the rain the night before, the air was quite clear. 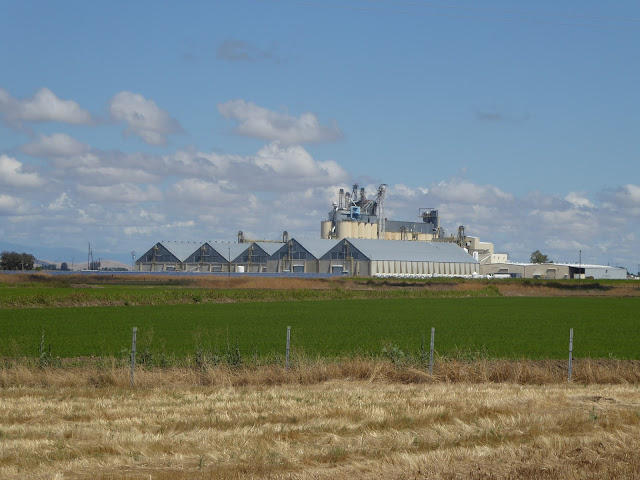 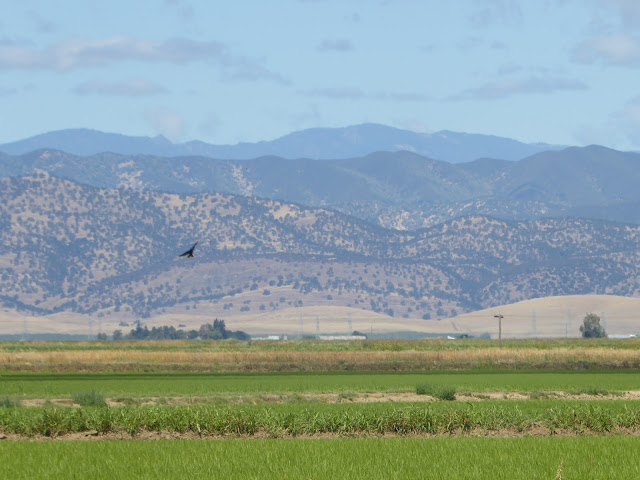 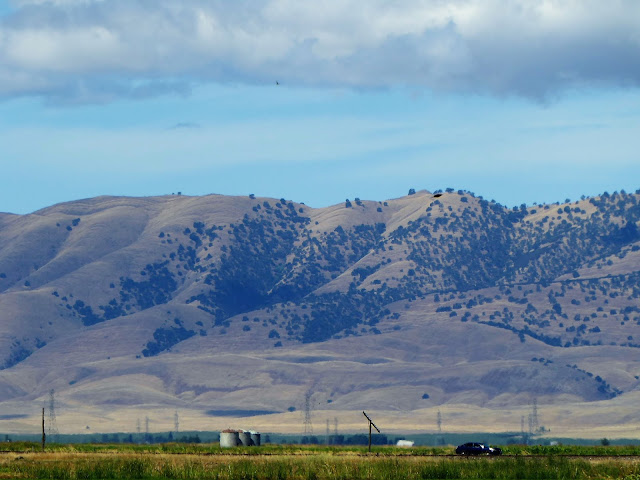 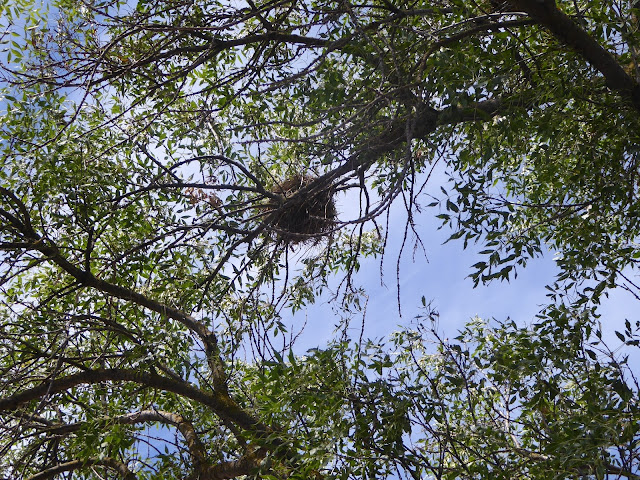 We stopped at a rest area and I noticed that the tree above me had a nest in it. 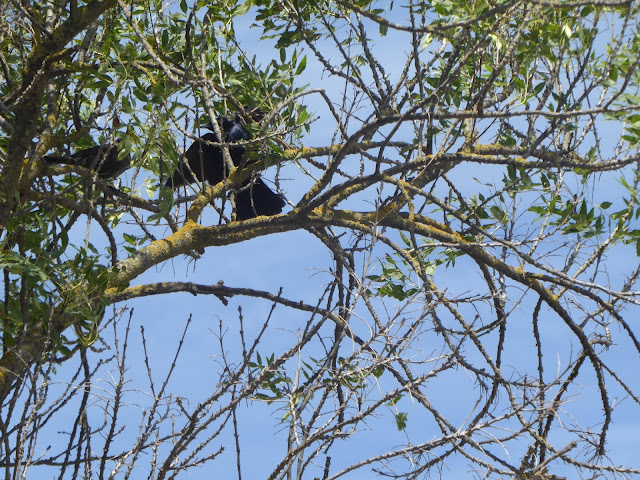 It turned out that all the trees had nests and the birds were making quite a din. I have no idea what the birds were except they were not the 'spotted dick' since they had no spots. 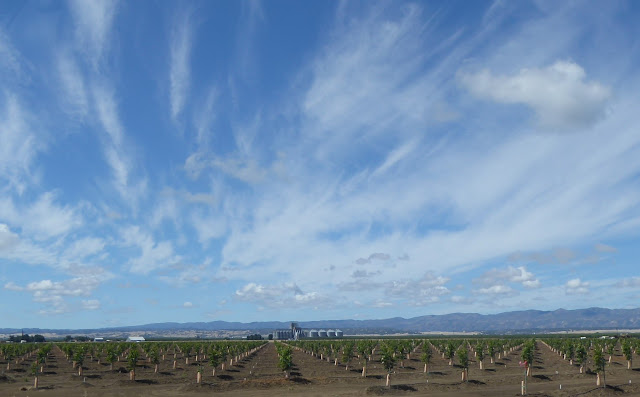 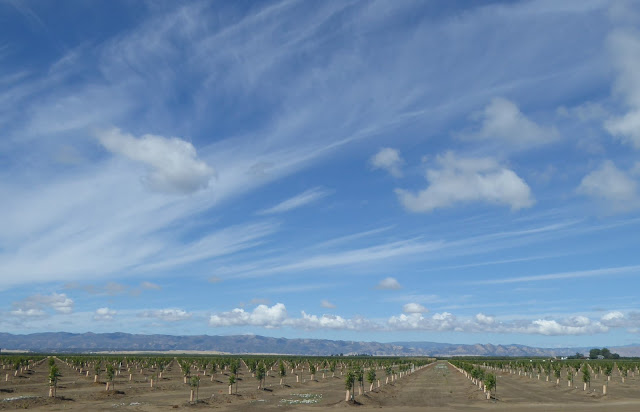 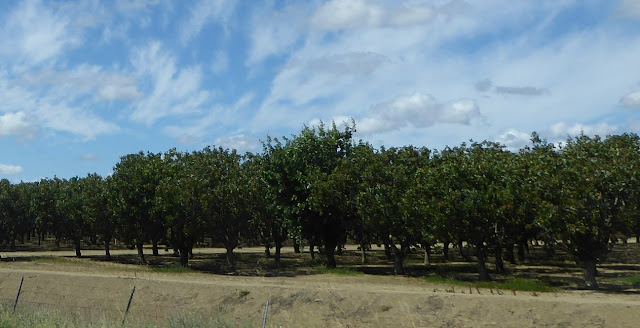 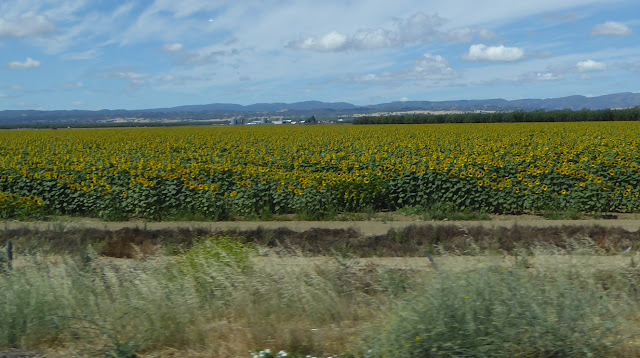 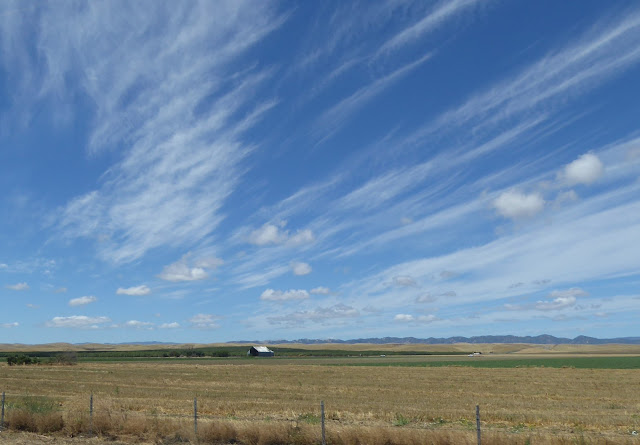 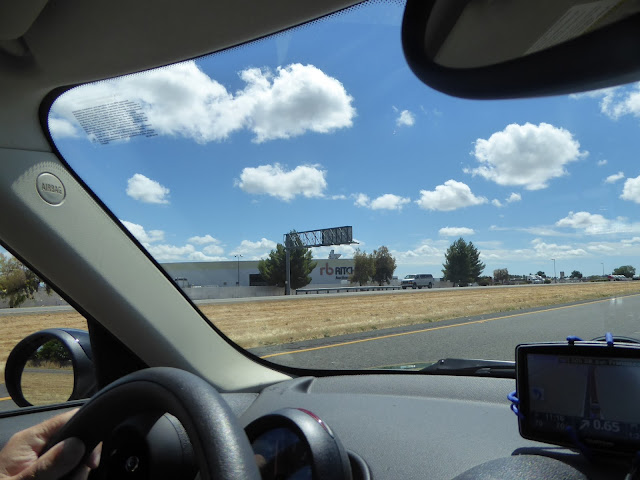 This photo is for our friend Wendy who works at the same company. 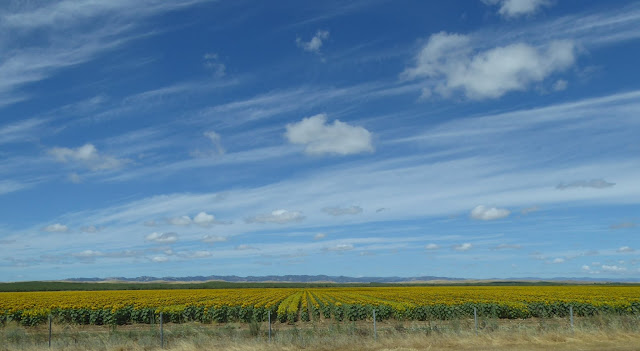 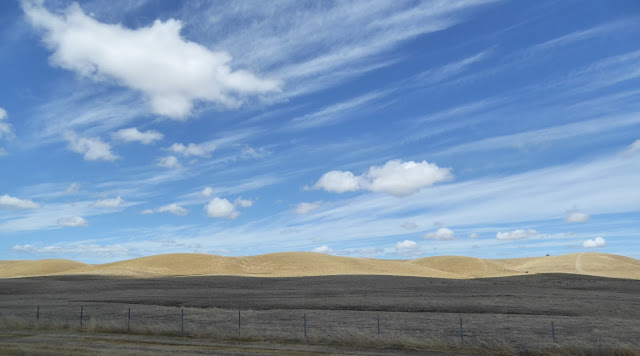 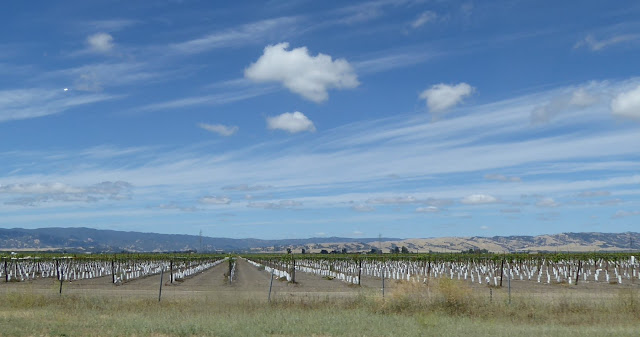 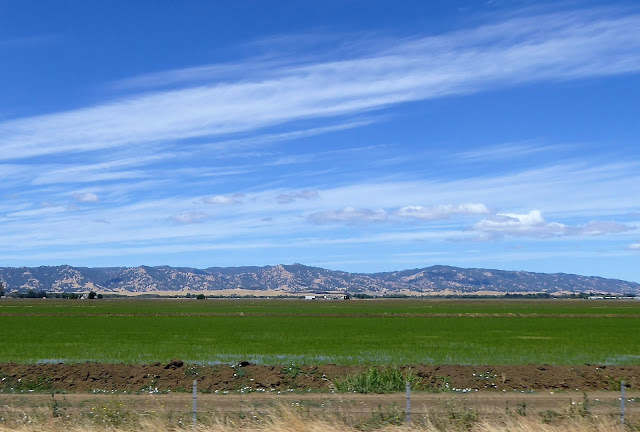 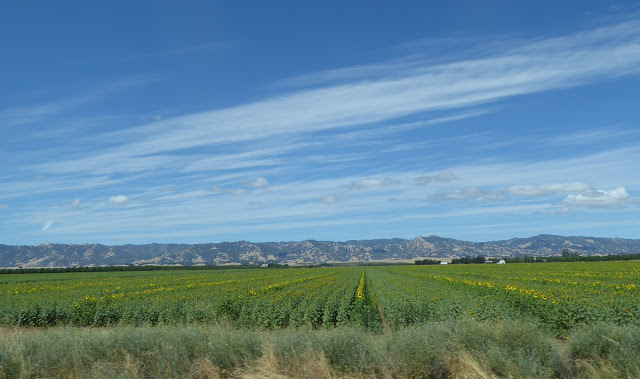 The above photos are included mainly for the clouds in the sky. It really was a lovely drive down I-5. There were very few trucks on a Saturday morning and the road was pretty straight. 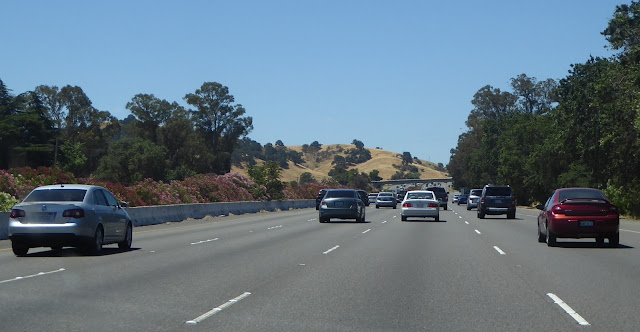 However, that all changed when we got closer to SFO. It seemed like everybody decided that it was a lovely day and they needed to head out in their car. 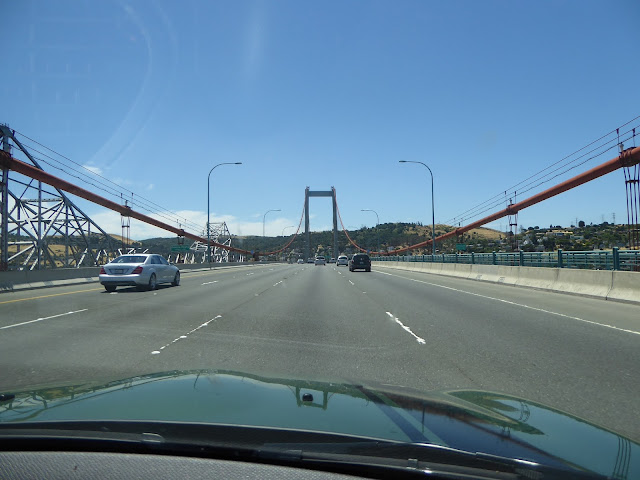 No, this is not the Golden Gate Bridge. 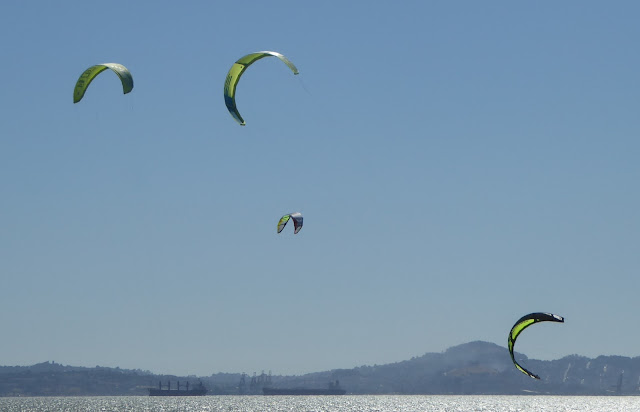 Eventually we reached our niece's place in Alameda and could have a cold beer and look out at the wind surfers. We were here last year and the blog entry is here.