Back in the late 70's when we were living in Reading PA, we would listen to a radio program on NPR called 'All Things Considered'. Periodically there would be a short segment from what sounded like an old woman who talked about life in Missoula, Montana.

Her name was Kim Williams and I was surprised to read the wiki article about her to find that she was only in her late fifties when she made these broadcasts. Anyhow, I was looking forward to seeing something of this town. 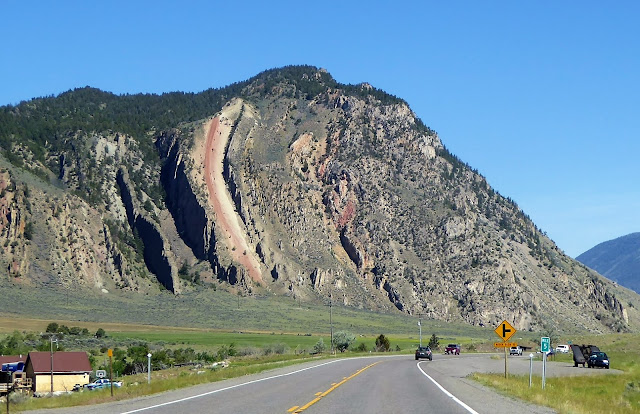 Just outside Gardiner we drove past this mountainside with a huge scar. I could imagine going down it in a billy-cart (soapbox) at high speed. 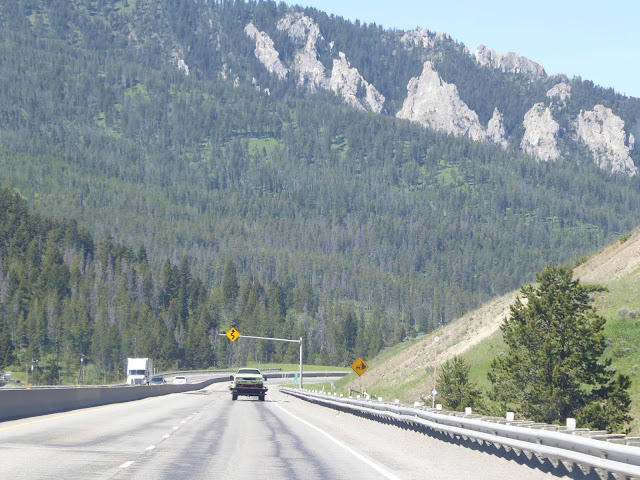 Marianne remarked that it is so nice to be on a freeway with not much traffic. Of course there are lots of huge hills out in this area but it is mostly relaxing driving. 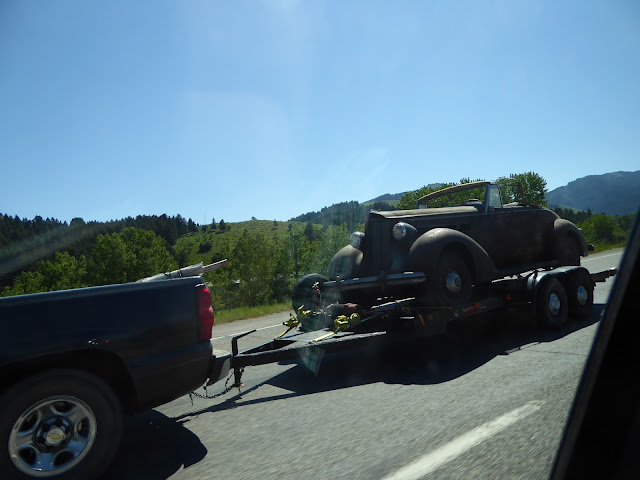 I presume if you travel from Chicago to Seattle by train you come this way.

We were noting that we did not see too many animals in Montana and then here was a herd of cows. 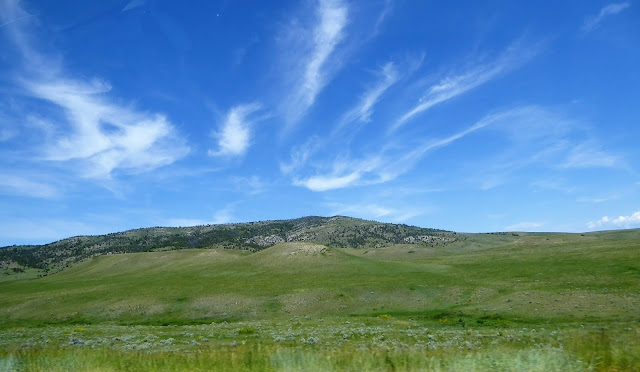 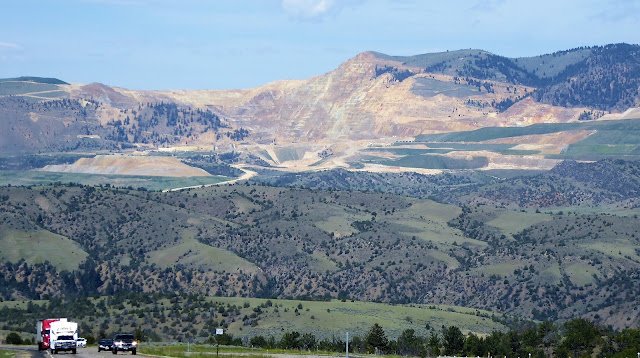 Huge quarry. Perhaps it was a mine.

Pole that helps the snow plow drivers know where the road is.

The town of Butte which is home to a huge copper mine.

The mine is enormous and appears to be as big as the town itself. 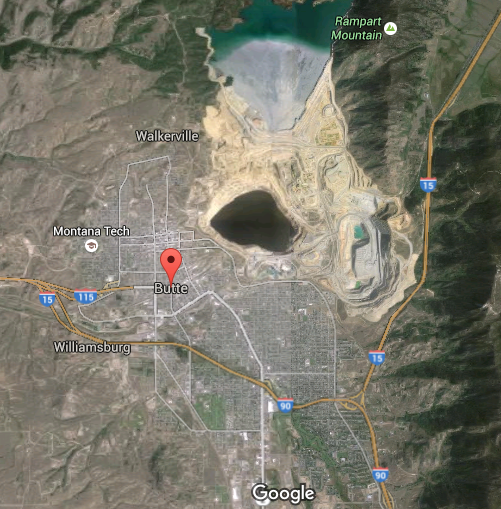 This Google Earth view shows how big this mine is compared to the size of the town. 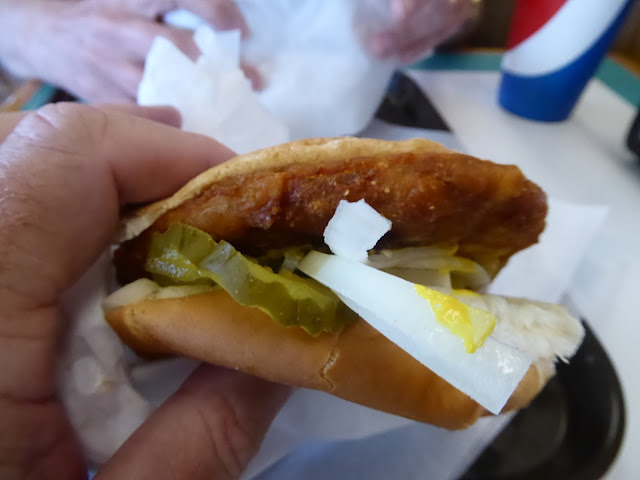 We were looking for lunch and we got off at Butte and saw a cafe that offered a pork chop sandwich. It sounds awful but we each tried one and it wasn't bad. Essentially the pork appears to be a deep fried patty of pork. It made a change from a hamburger. The cafe was doing a good trade. 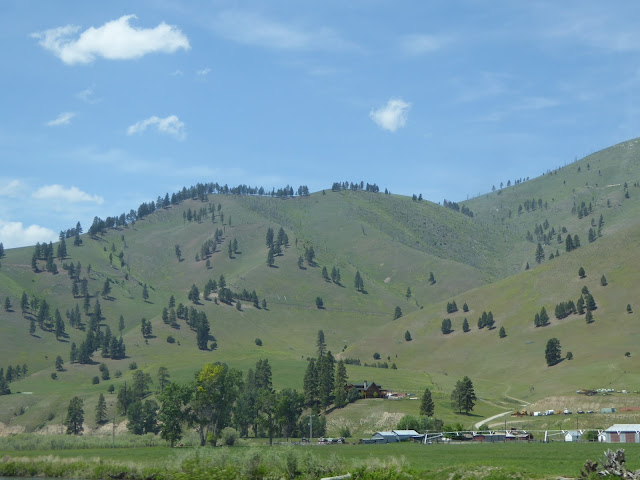 We drove to our bnb in Missoula where we are spending three nights. We are allowed to use their kitchen so Marianne cooked dinner which was a wonderful change from restaurant food. I will probably cook tonight. Today we are just relaxing in a very comfortable house. The owners are very friendly and the husband did the Beijing to Moscow train trip years ago so we have plenty to talk about. The wife came from Moscow but also lived in Warsaw.