We said goodbye to our bnb host and headed off for California. We had really enjoyed our time at the bnb and also in the area. The scenery is quite spectacular and the weather was wonderful as well. 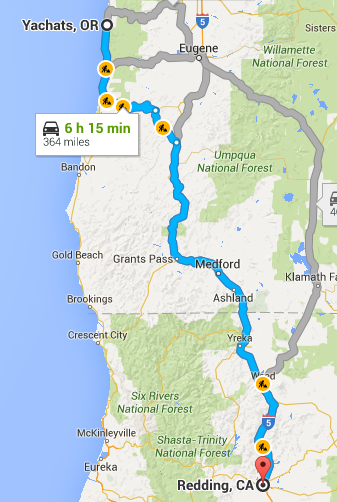 Since we had used the coast road in California three years before we decided to travel down the inland route instead. 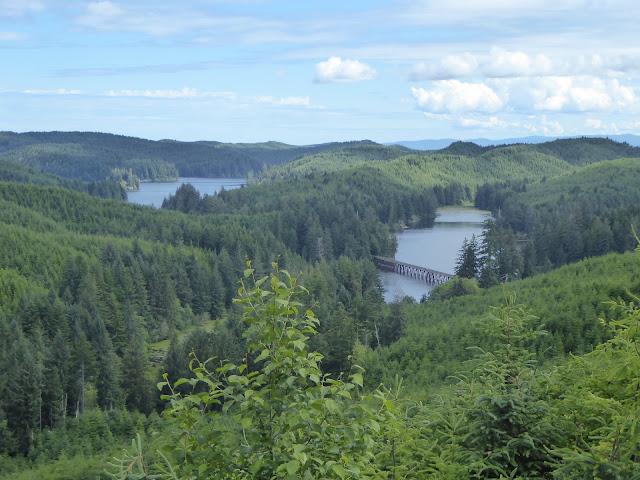 The road headed inland briefly and we saw these wonderful views. 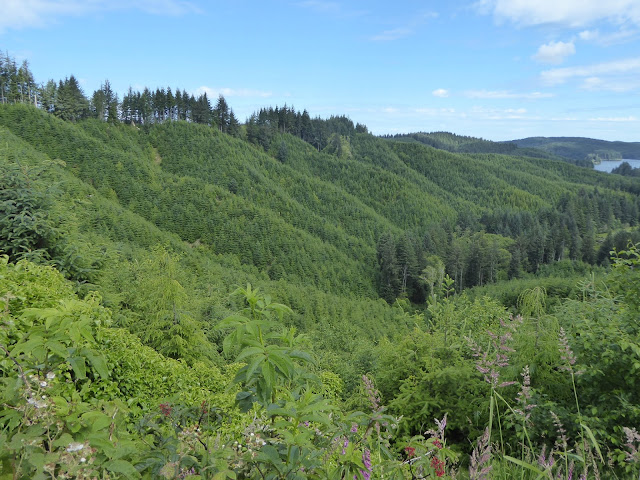 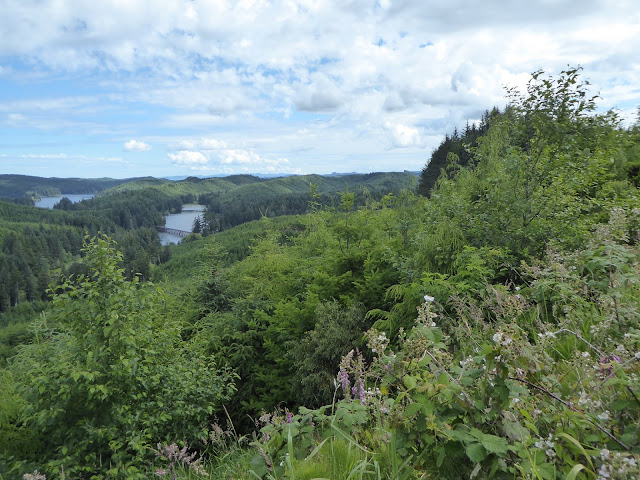 Our Florence friends and our bnb owner had all recommended that we go to Reedsport and then travel beside the Umpqua River. 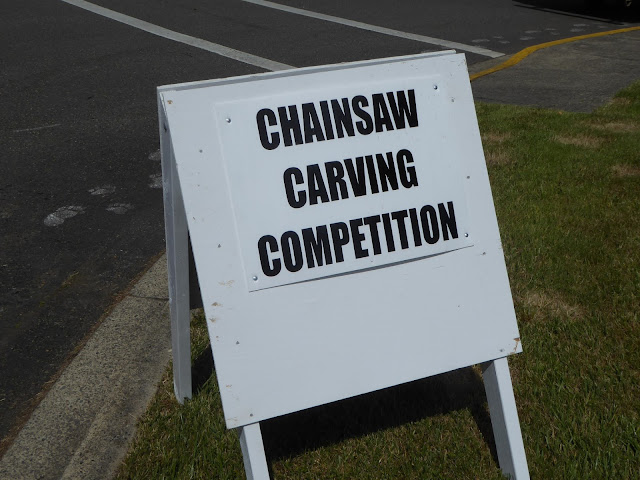 The competition was in full flight and we could hear chainsaws roaring away. 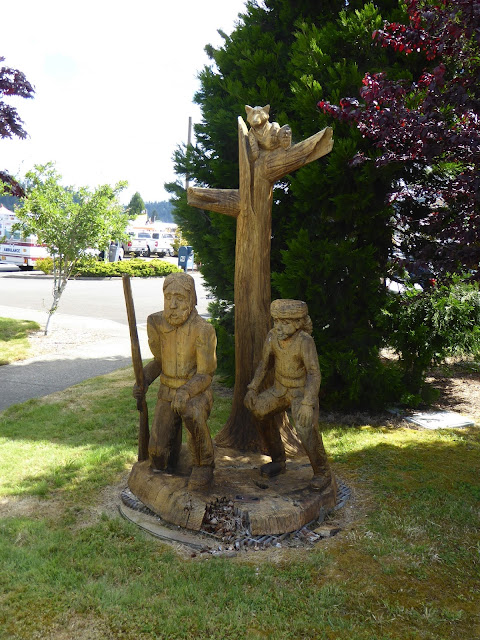 It is amazing what can be done with a chain saw. 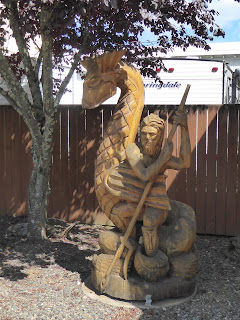 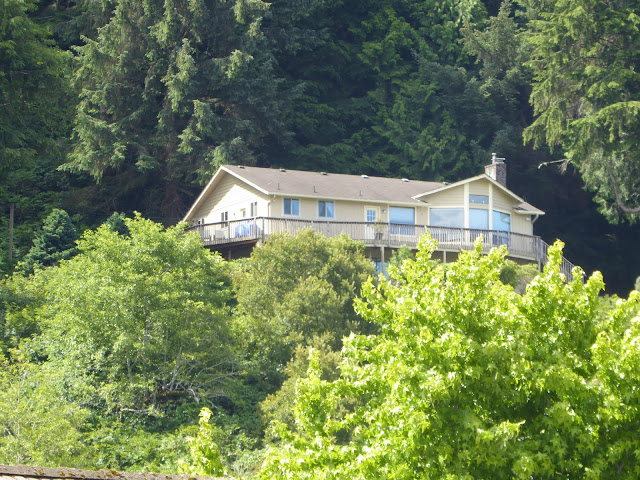 House on a hill which would have a great view of the town. 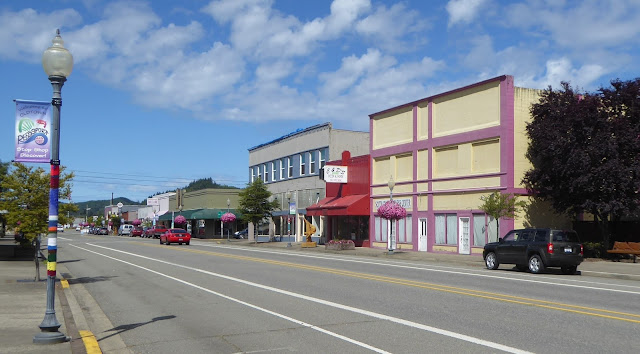 Wide street with not much going on. It was a Friday. 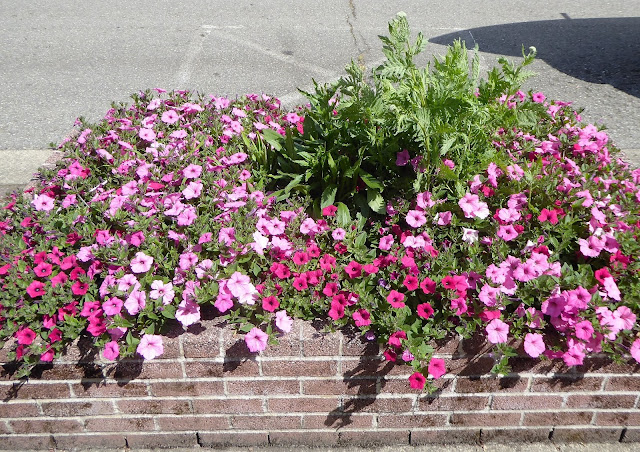 With so much rain, flowers grow very well. 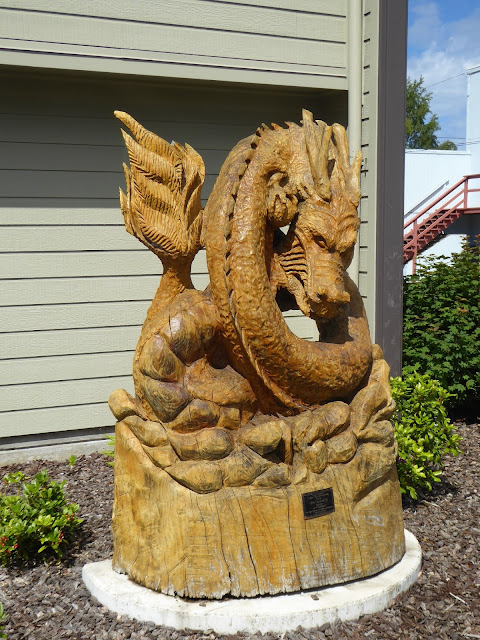 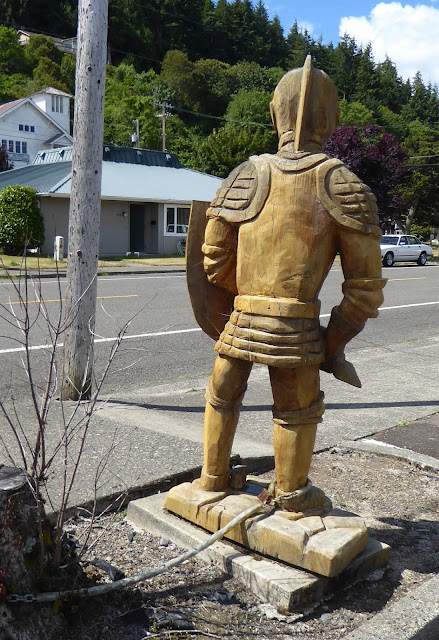 This statue tried to run off. 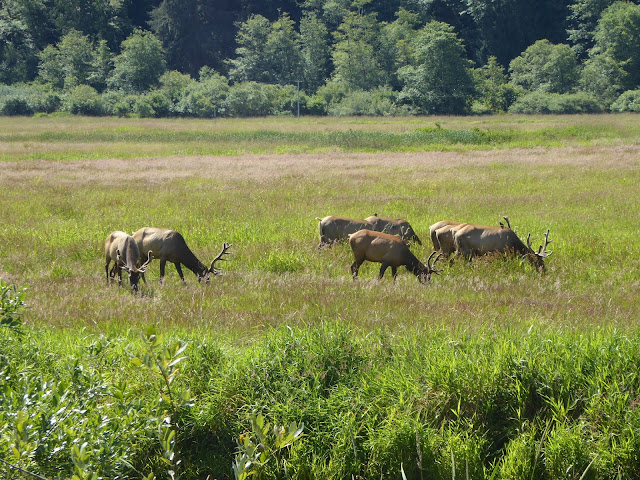 Just outside Reedsport as we started our journey east is an elk sanctuary. 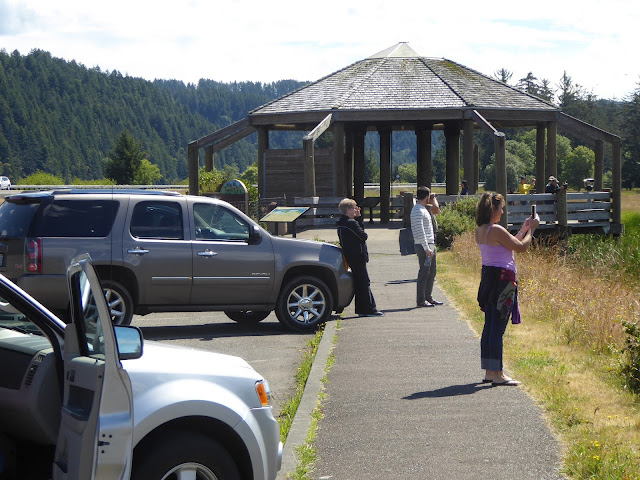 I am amused by the poses that people take as they take photos. 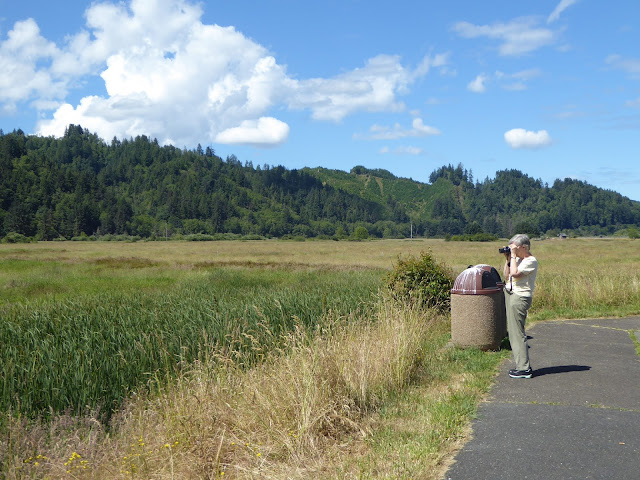 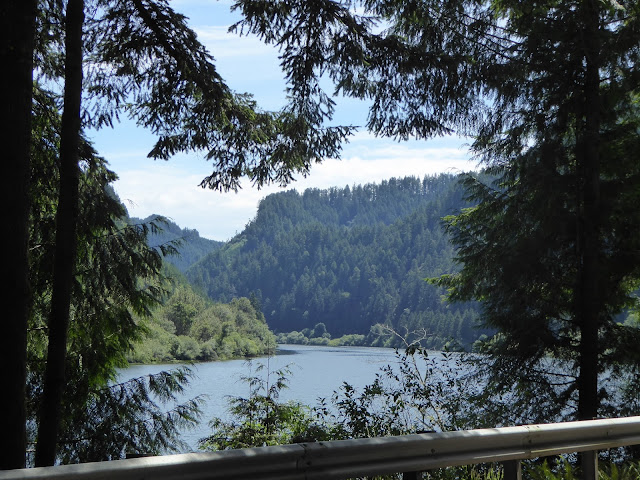 The ride beside the river was quite lovely. 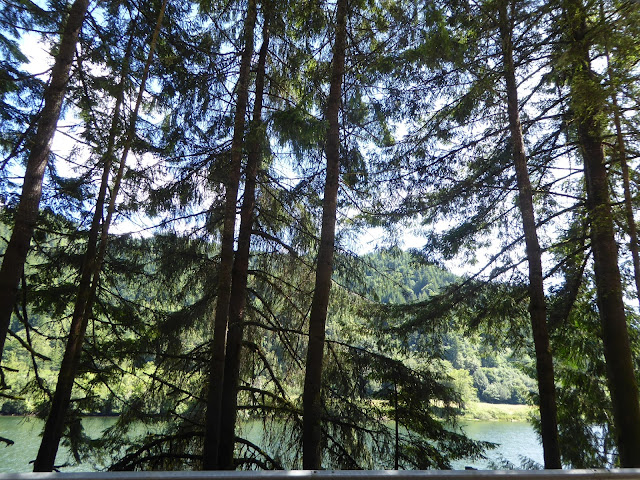 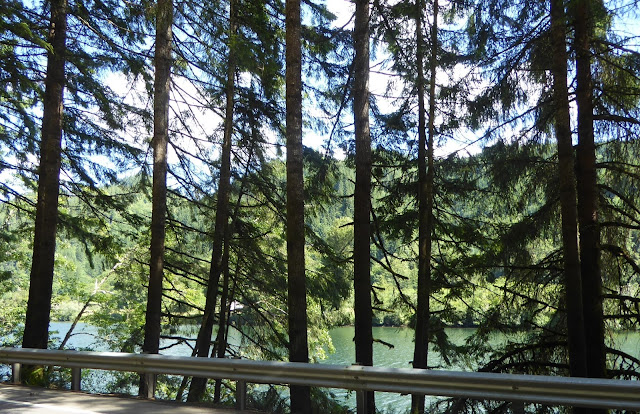 Eventually we reached I-5 and headed south. It is a bit drier inland and the is more variety of trees. 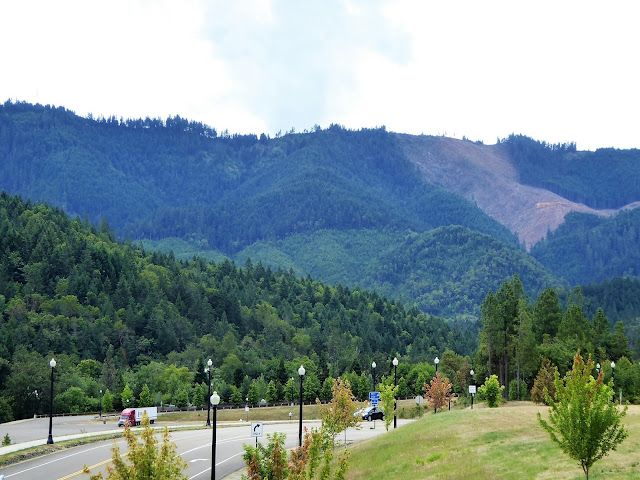 Eventually we arrived at I-5 and headed south. After a while we stopped at a rest area which had good views. 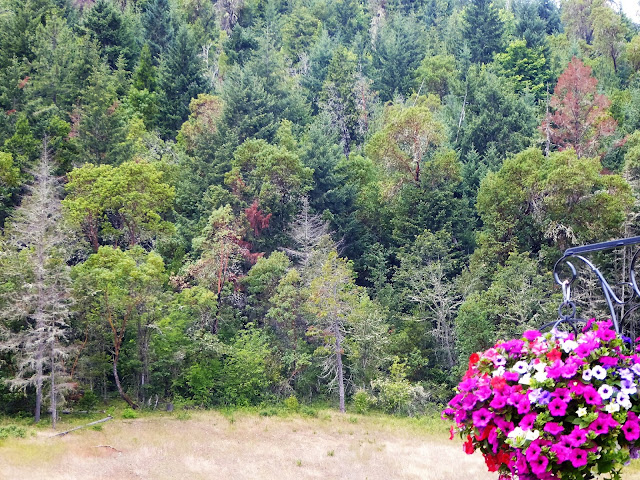 No longer the solid phalanx of tall pine trees. 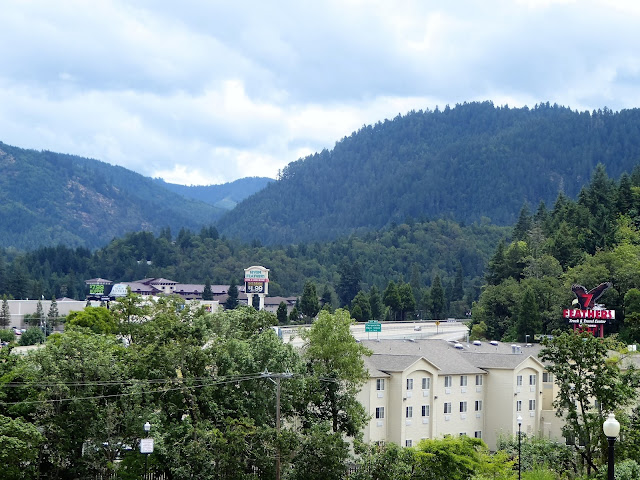 One of the casinos run by Indians. It included hotels, restaurants and gas stations. I suspect it also provided the rest area. 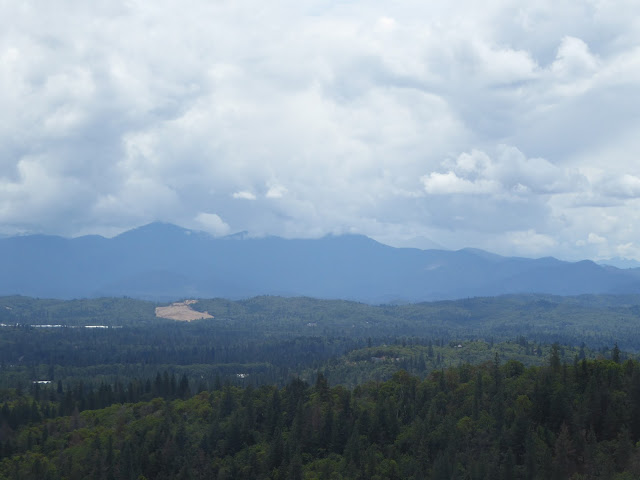 It was now getting very cloudy and rain seemed imminent. 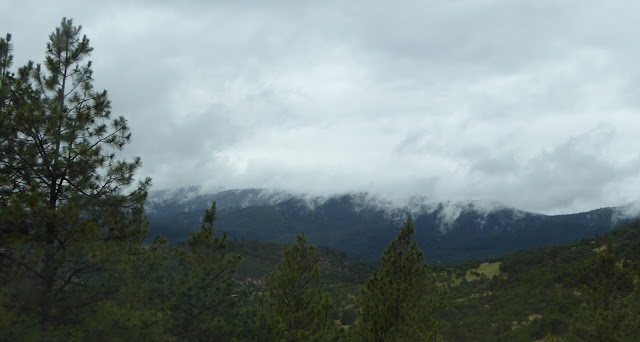 When we enter a new state, Marianne tries to take a photo of the Welcome sign. California did not have one. Just a'click it' sign. A few miles south all traffic had to stop at a toll booth like facility where you were asked if you had any fresh fruit. 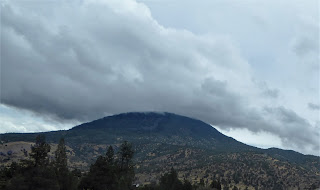 Freeways are nice to travel on when they look like this. Unfortunately this freeway soon became infested with trucks and driving became much more unpleasant. There are lots of hills and mountains in southern Oregon and northern California and it started to pour with rain making driving very tricky. We passed by a monster accident on the road heading north. Several trucks and cars were involved and it looked like it would take several hours to clear.

We prefer to take the smaller roads on this trip but sometimes we have to take the freeway. In either case, it is still the trucks that make driving difficult. 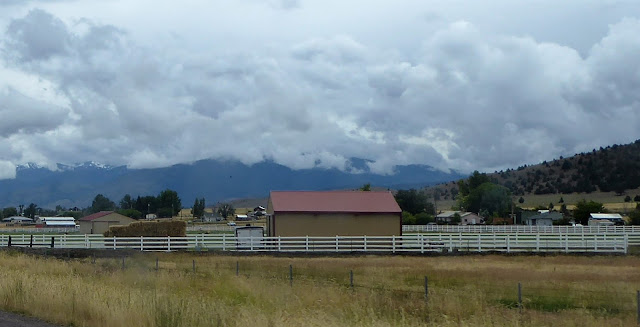 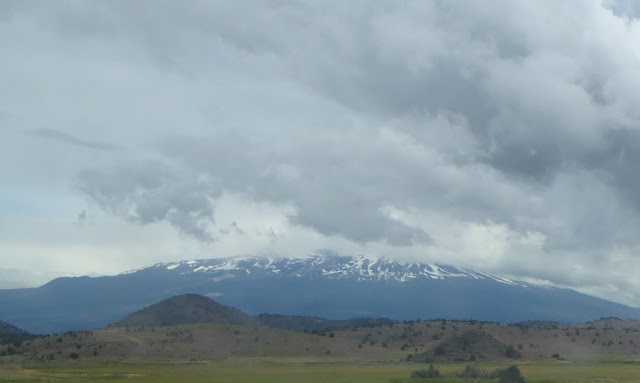 It rained for most of the afternoon drive sometimes quite heavily. Our hosts at the bnb in Redding CA told us next morning that it had rained very heavily during the night. They were very happy to have the rain because of the long drought in California.