It was not the best of nights. The air-conditioner in the motel room made too much noise and we discovered the motel was next to a feed lot for cattle so the stench was terrible outside the room. It seemed very humid even though the temperatures were in the low 70's in the morning as we left. 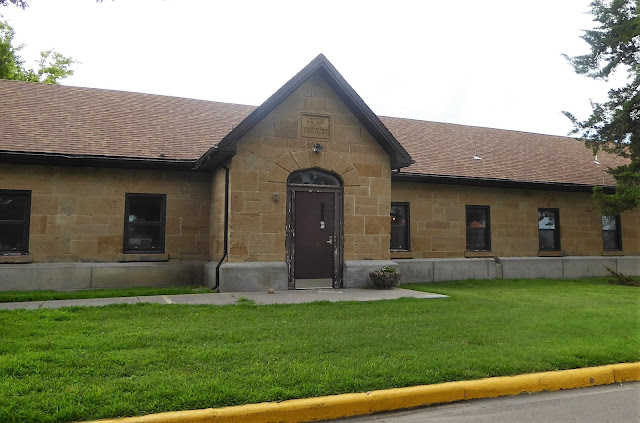 Just outside Dodge we saw a sign to Fort Dodge so we drove in.

It was established as an outpost on the Santa Fe trail. Today it is used as a home for Veterans. 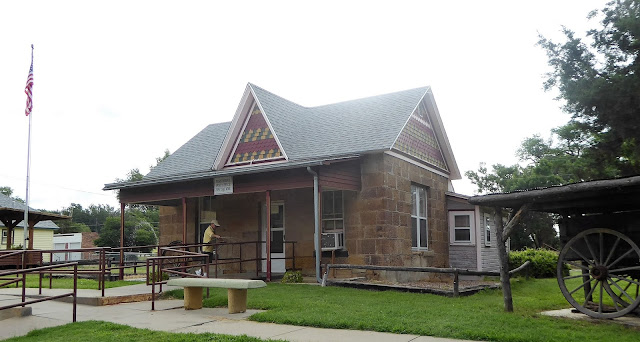 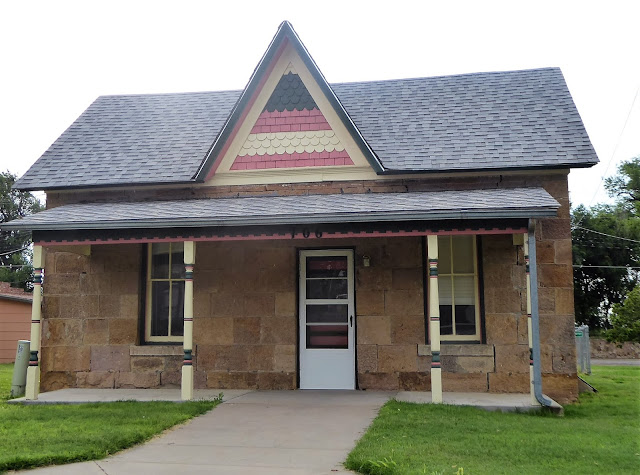 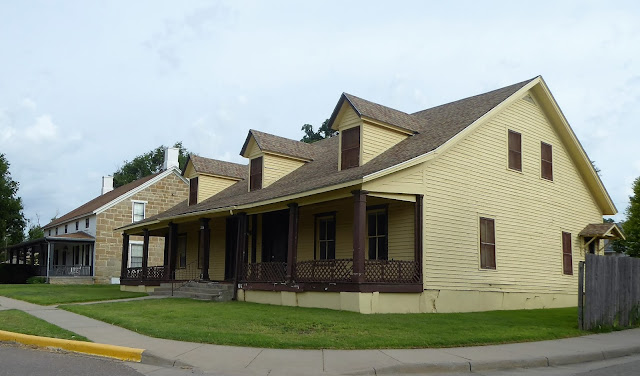 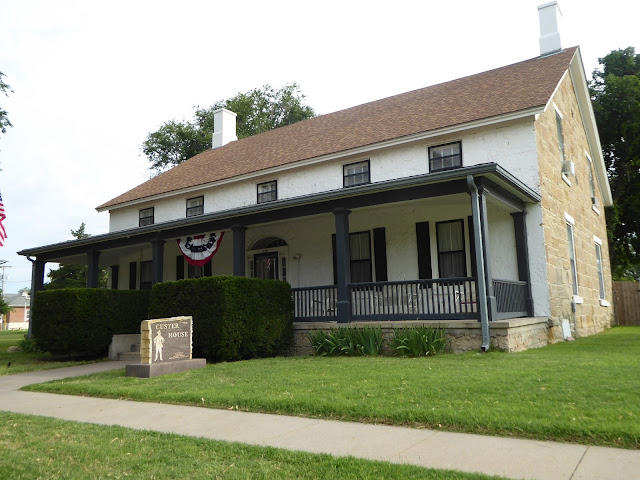 It is called the Custer building but Custer never came here. 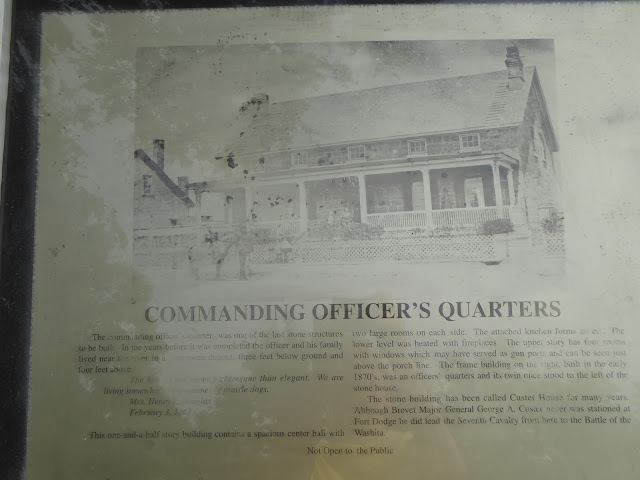 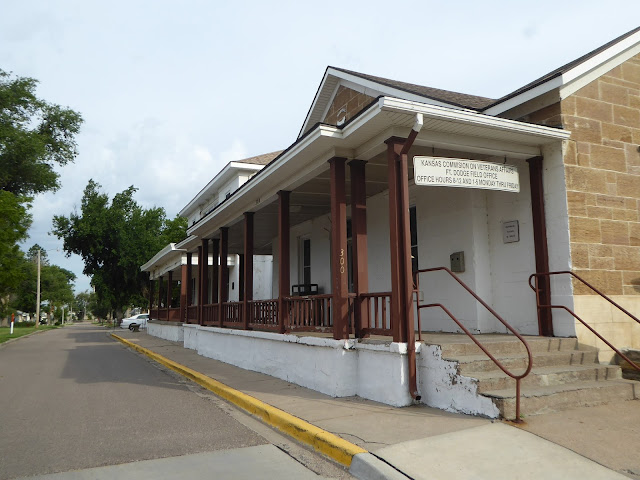 Back on the road heading east. It was a nice quiet drive with not much traffic. 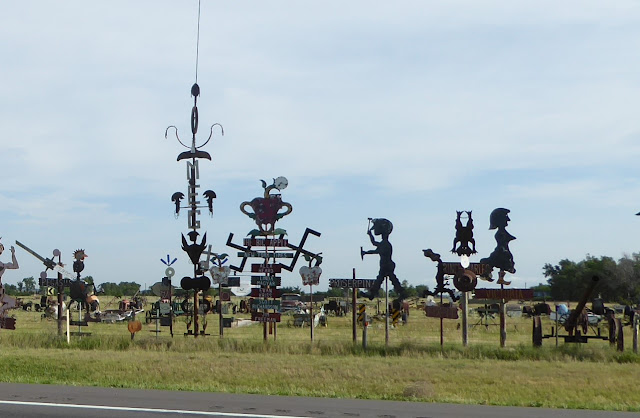 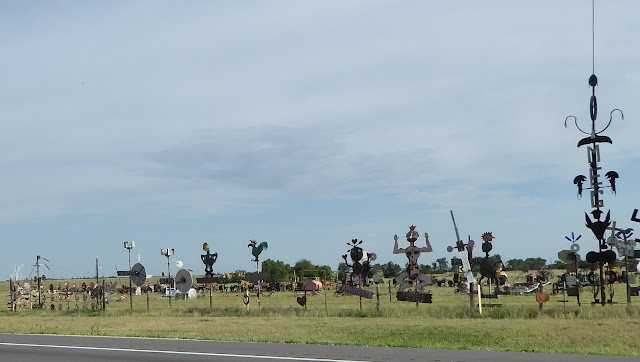 Unusual sculptures outside some little town. 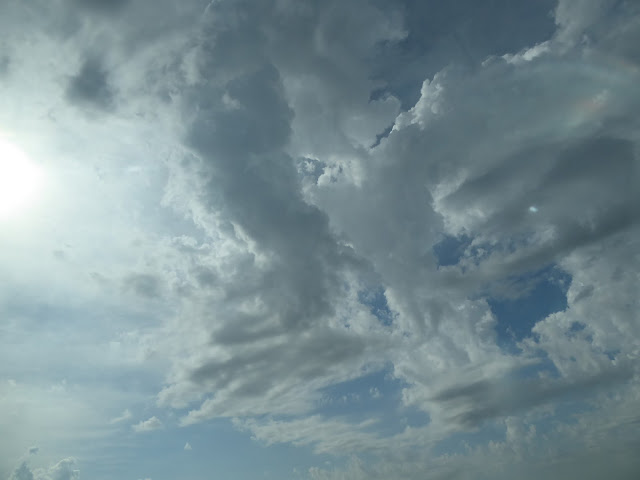 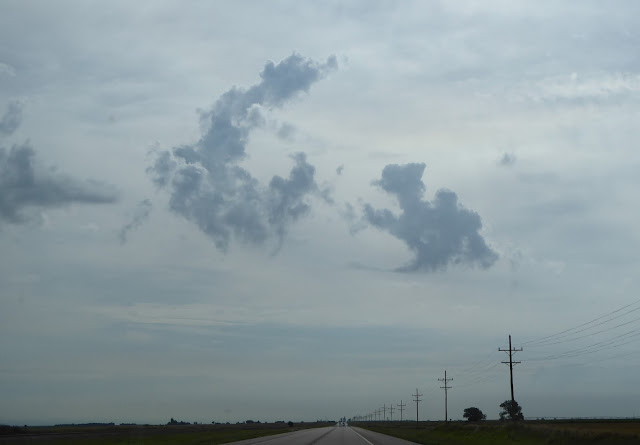 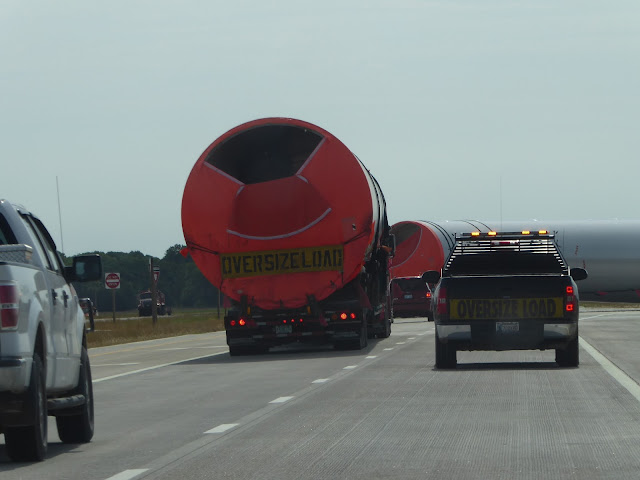 We were held up by a wide load of wind turbine towers. 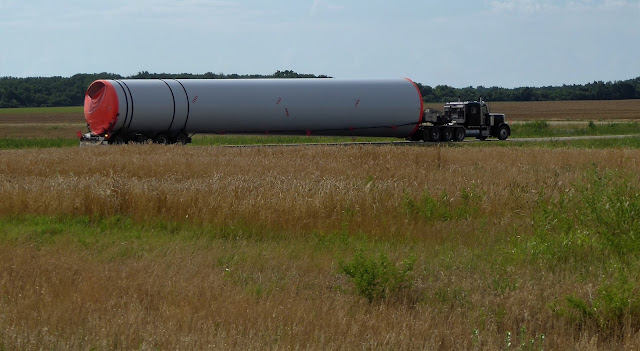 Arkansas River. Not very impressive here but it gets much wider eventually. 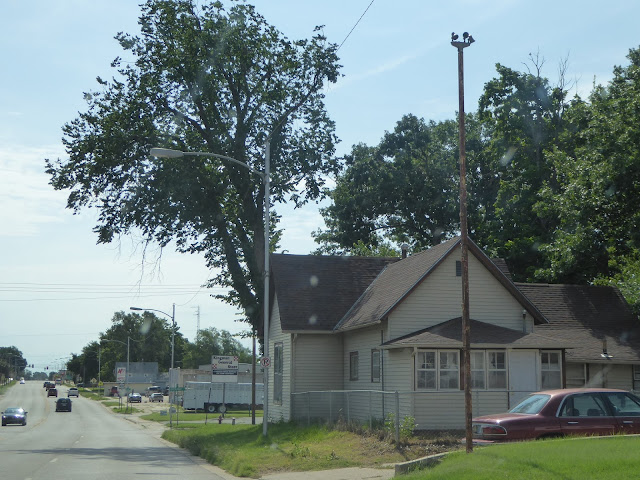 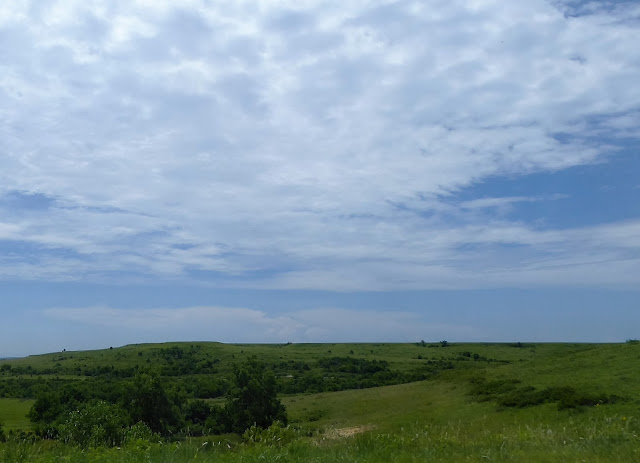 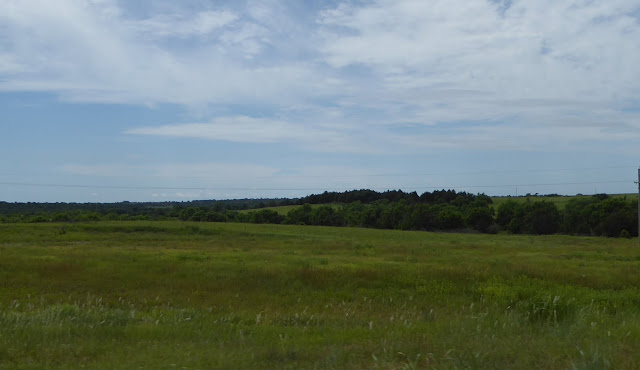 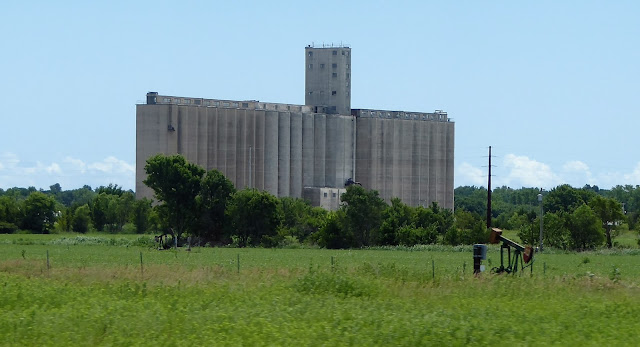 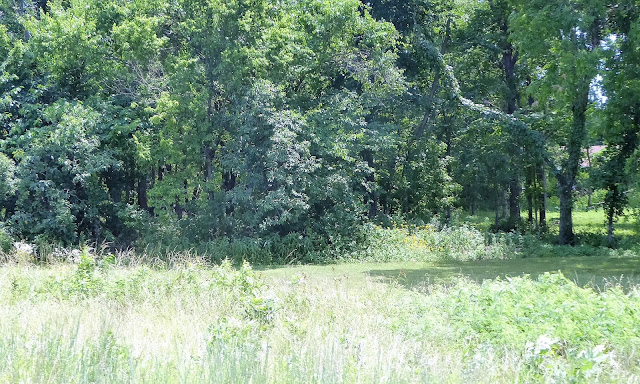 As we drove further east, we noticed more trees. 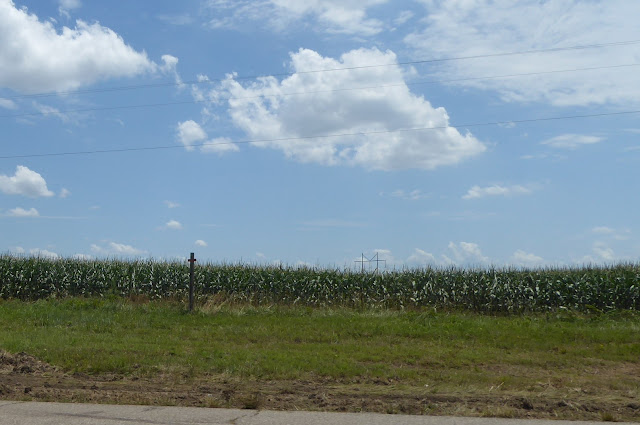 Some of the famous corn. Again, the further east we drove, the higher the corn. 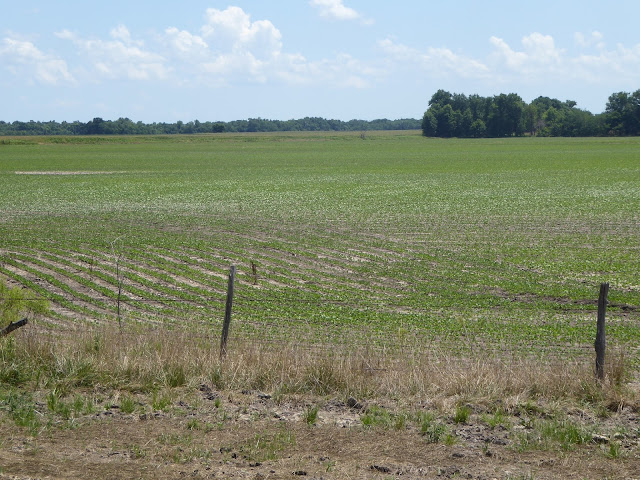 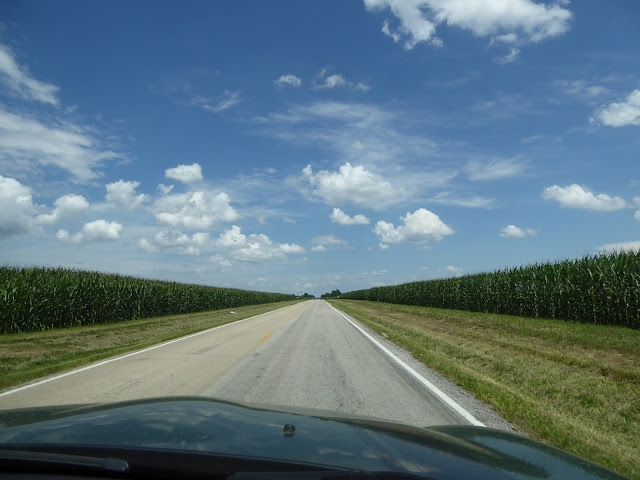 Somewhere along the line we reached Missouri but we missed taking the photo of the sign. 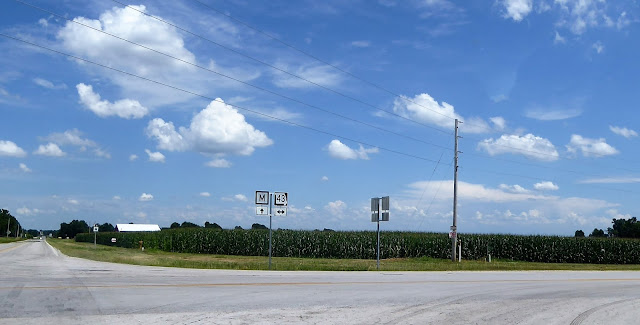 In Missouri, many of the roads are designated by letters instead of numbers. 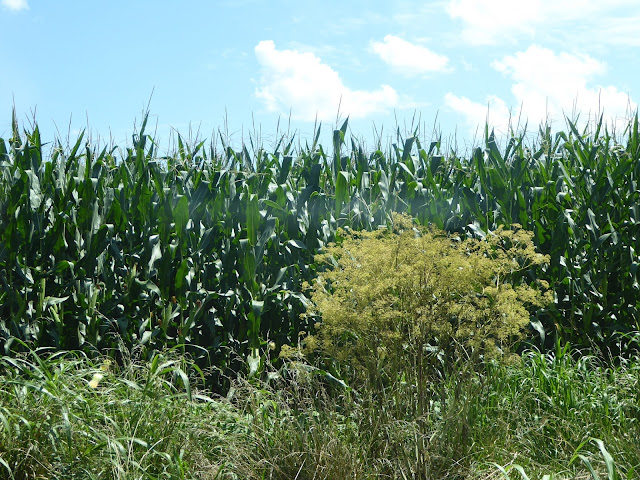 Now the corn was as high as the proverbial elephant's eye. 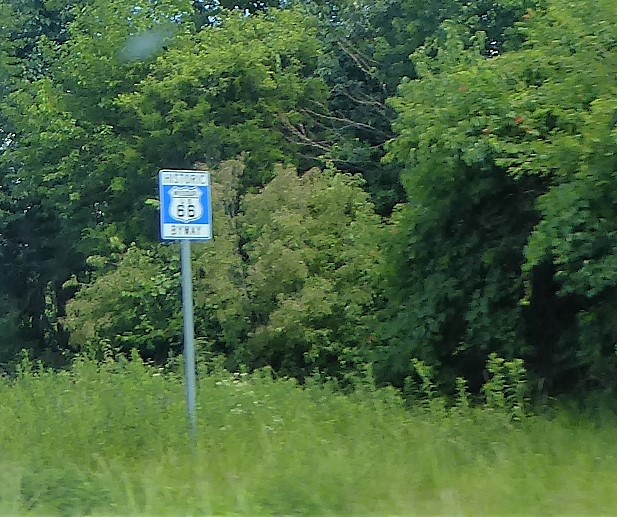 We discovered we were actually driving on the old Route 66. In this area the road has been renumbered. 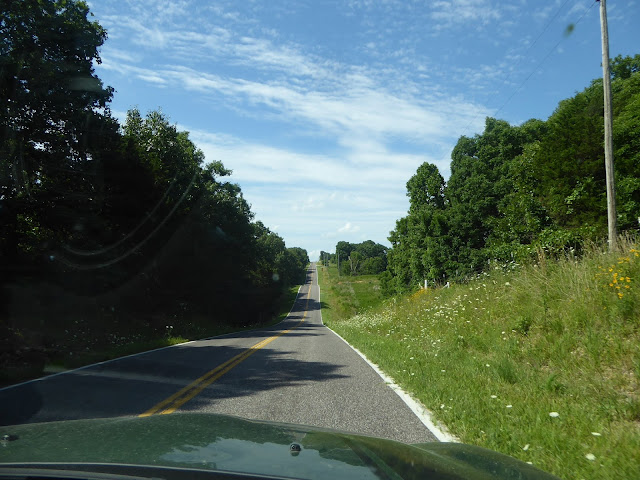 We really enjoyed seeing lots of trees after the treeless plains of the west. In many ways, Missouri could be mistaken for parts of Maryland or Pennsylvania.

So it was not an exciting day, but a pleasant and easy drive.