Today was the day when we would start the trip back east. Hopefully it will only take us about two weeks to get home. We have been gone almost four weeks. 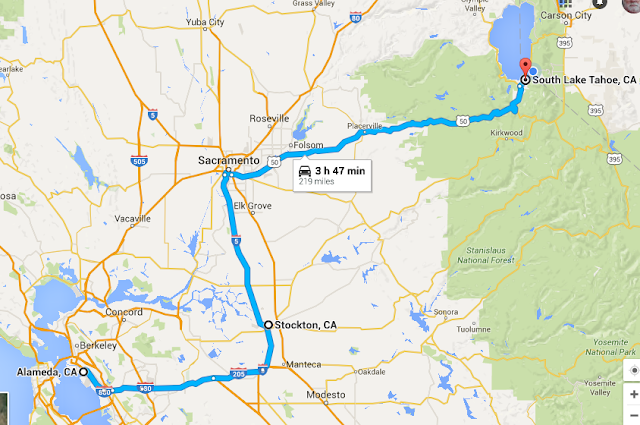 We headed east from Alameda to Pleasanton to get our Mini serviced. It really has been a great car to drive long distances though occasionally it has struggled on the really steep hills.

After the car service we headed east and then north to Sacramento to visit the friends we met at a winery last year. From there we headed towards the Sierra Nevada mountain range and Lake Tahoe.

I-580 heading east. This is only a few miles east of Alameda but the hills are deserted and very dry. 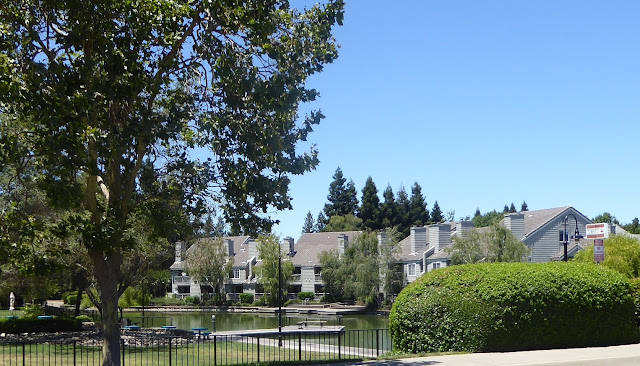 We did not take many photos until we reached our friends' place in Sacramento. I-580 and I-5 were both quite busy so we needed to pay full attention to driving. 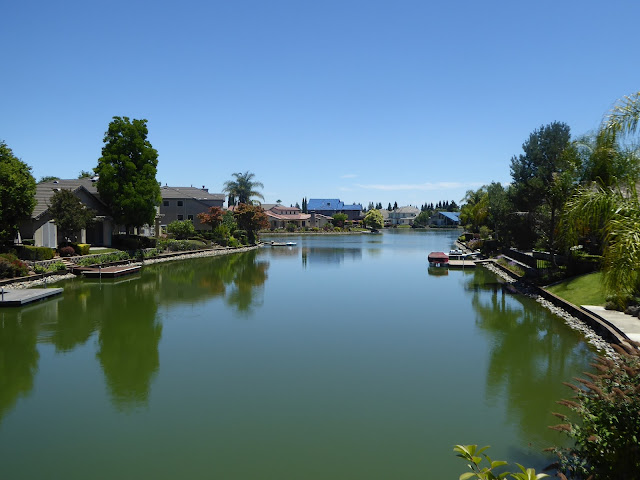 Our friends live in an area called 'the Pocket' which was very pleasant. It was quite hot, probably over 90 degrees, but it was a dry heat. 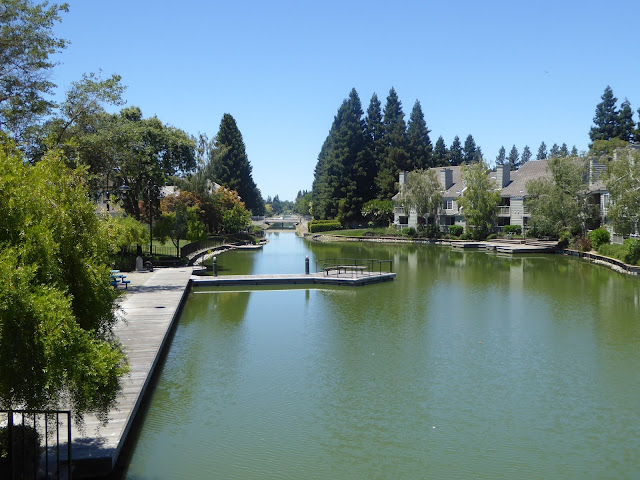 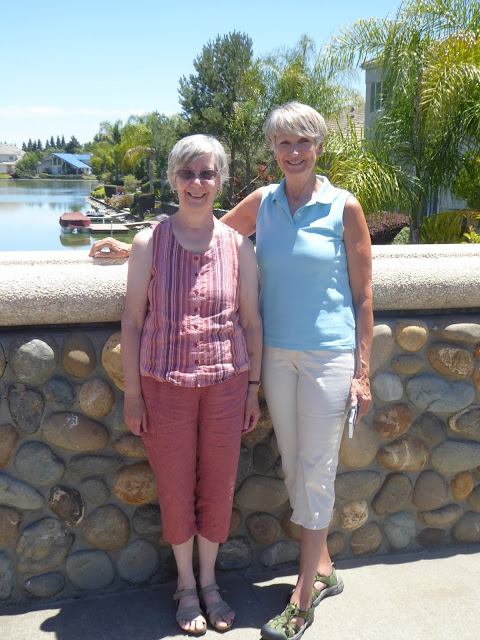 Marianne and Farley. When we met Farley and Bob last year, we did not think we would meet them again so soon.

Heading east on route 50 towards Tahoe. The temperatures were now in the high 90's. I saw 98 on our car's thermometer but the air-conditioning worked well. 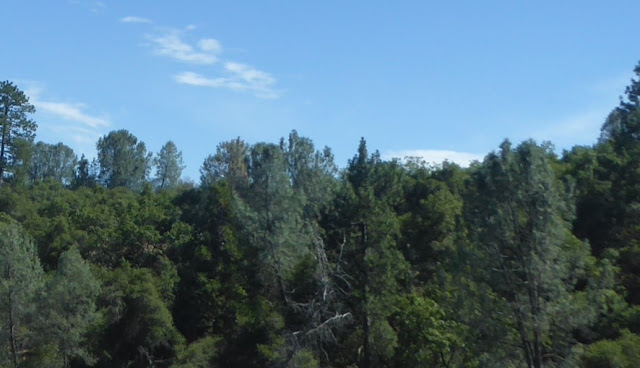 The high mountains of the Sierra Nevada in the distance, still covered in snow. 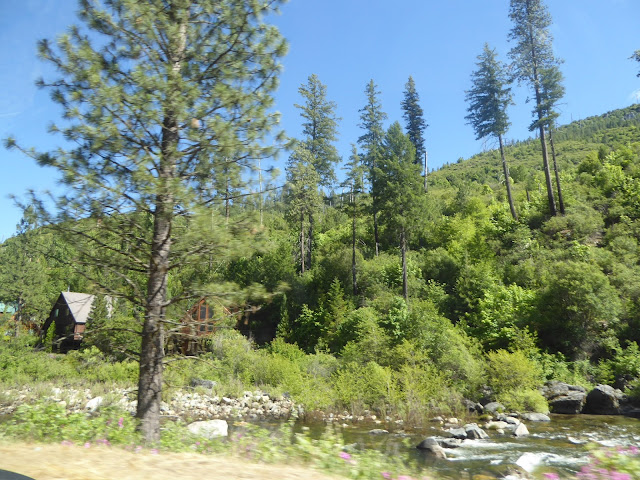 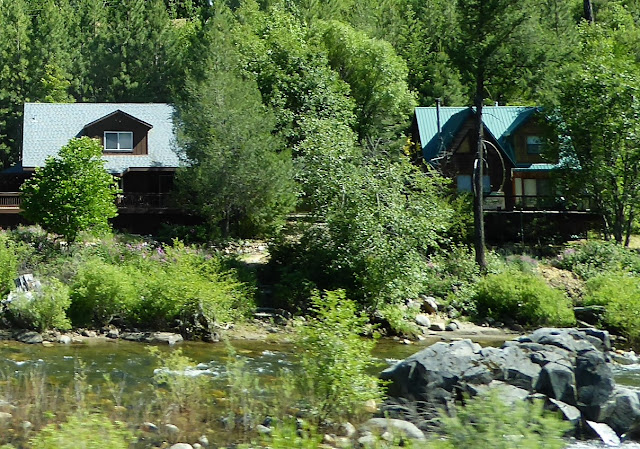 Cabins in the dense woods. 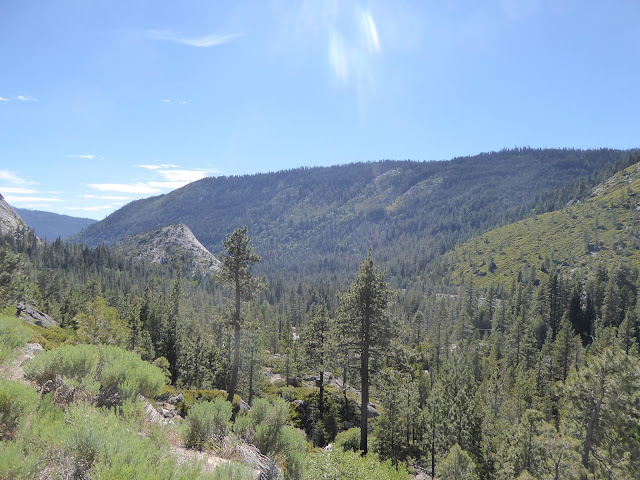 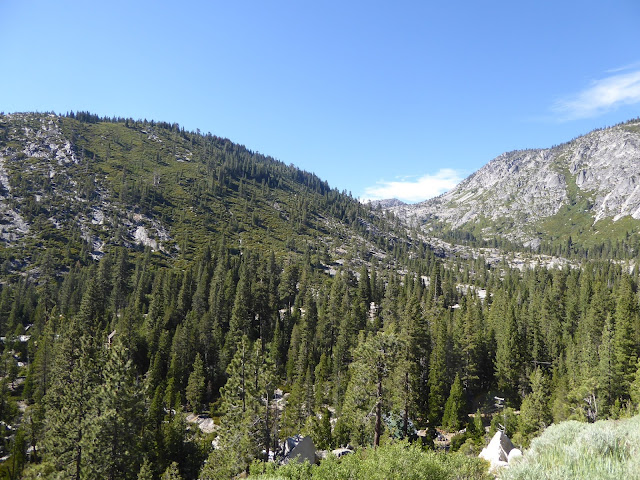 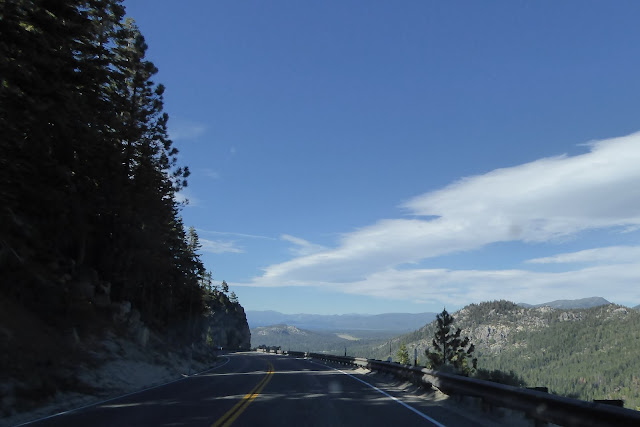 Lake Tahoe in the distance. The road is just two lanes through the mountains and quite windy. 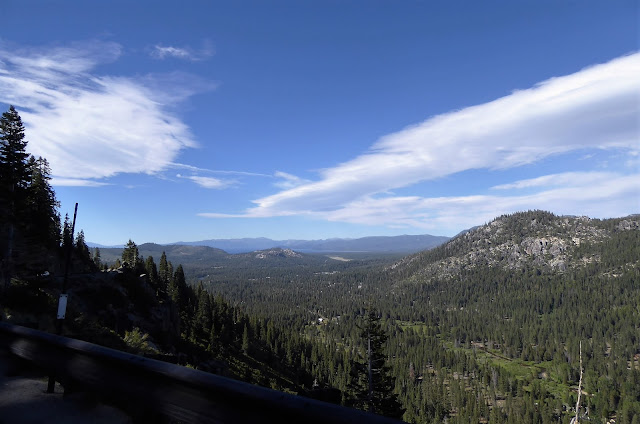 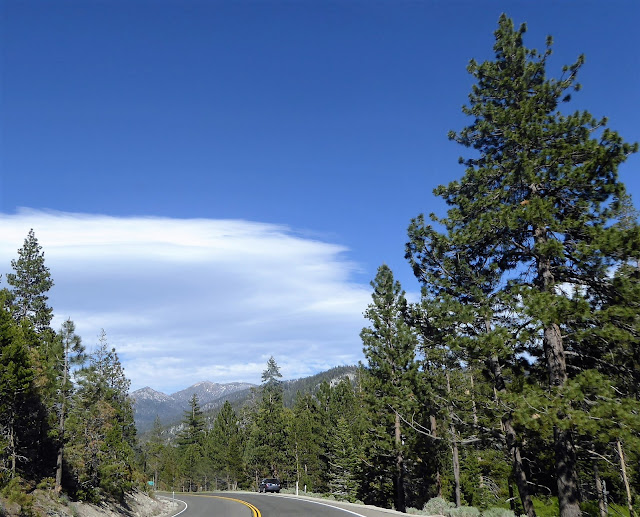 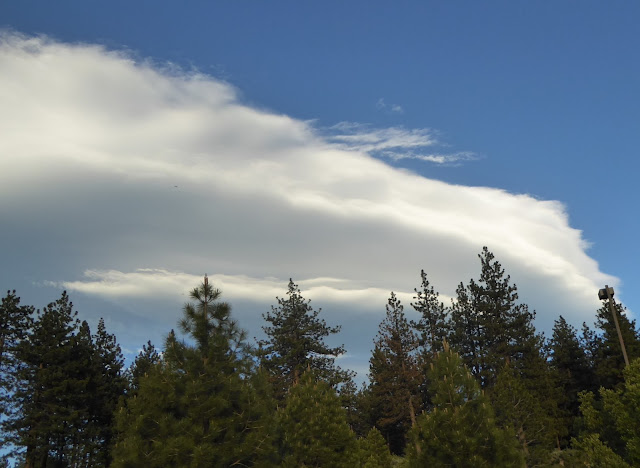