You probably think that we dine magnificently every night but occasionally some dinners just are not up to the same level as others. 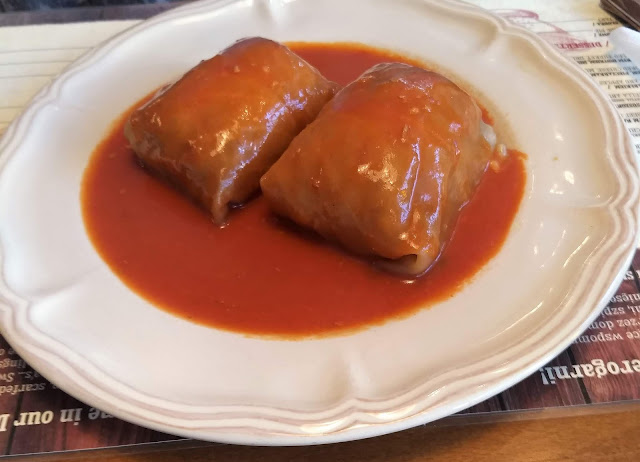 There is an inexpensive restaurant across the street from our bnb which appeared to be well patronized so we decided to try it. Marianne ordered cabbage rolls and this was it. They were very bland and the sauce was no better. 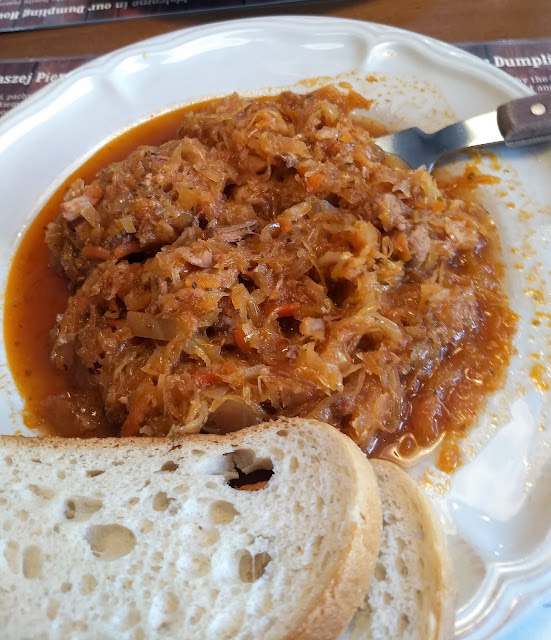 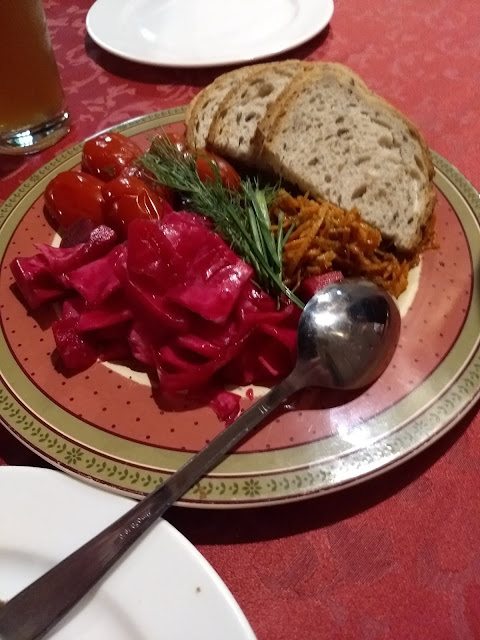 We made up for that crappy meal the next night at Wisniowy Sad which is an old fashioned restaurant somewhat on the faded opulence side. We were probably the youngest diners when we arrived.

You can see the menu here.

We both ordered beer and since the menu suggested a tomato and cucumber salad to go with the beer, I ordered one to share. There was no cucumber available so they substituted cabbage. It was vinegary, spicy, refreshing and really good. It cost about $4. 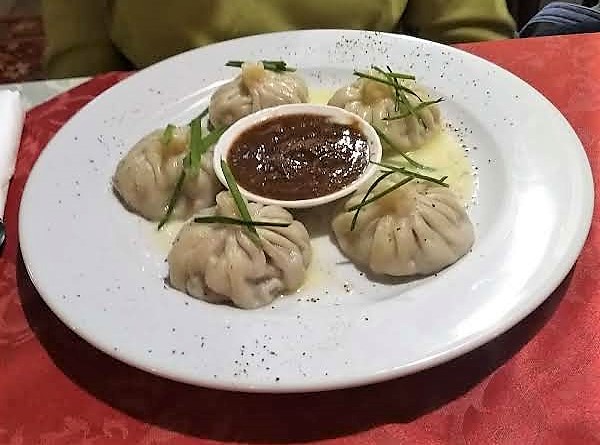 Marianne ordered Georgian Perogies filled with beef and a special Tkemali sauce that is plum based. She enjoyed them. 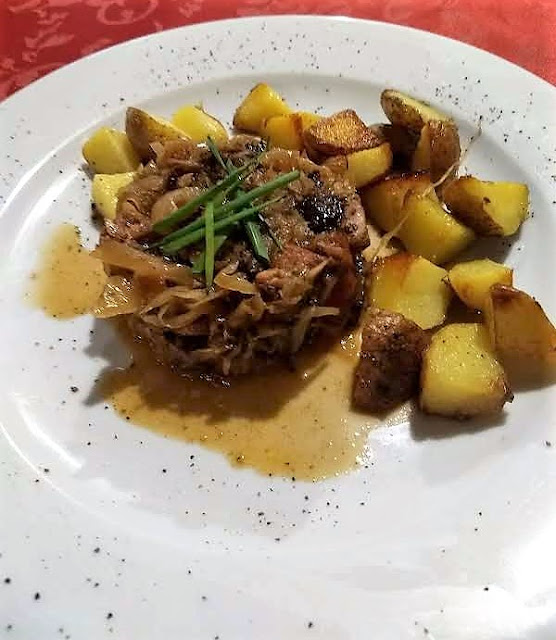 Since my faith in bigos had been shattered the night before, I tried this restaurant's version and my faith was restored. As you might expect, the roasted potatoes went very well with the meat and sauerkraut mix which had intense flavours. 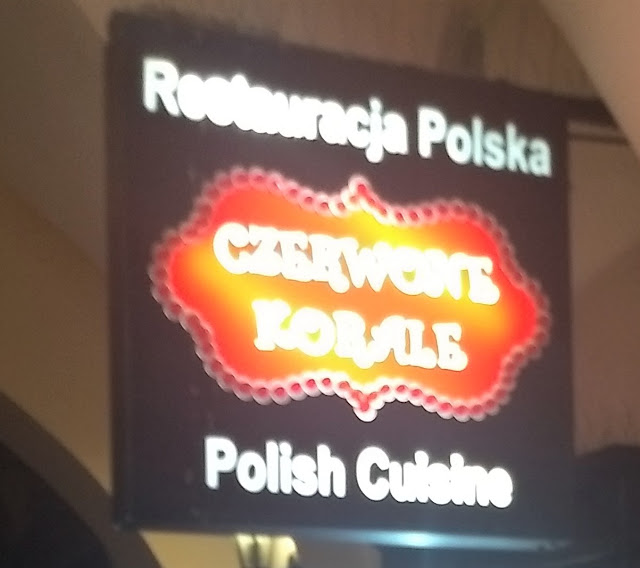 For our last dinner in Krakow we found this place which we had walked past earlier in the day. 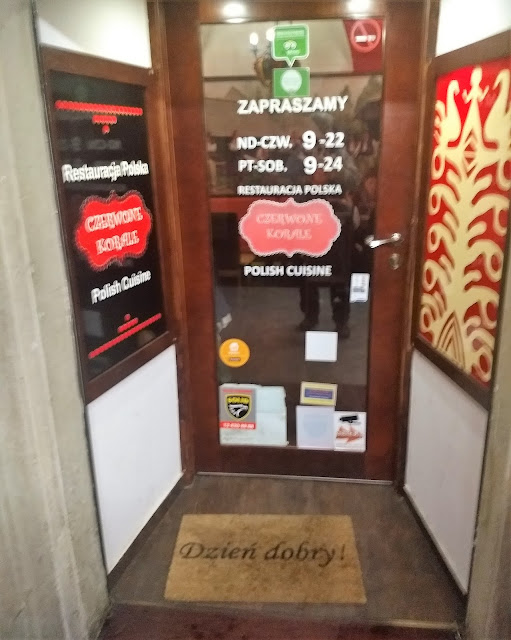 It is called Czerwone Korale and their website does not show a menu. 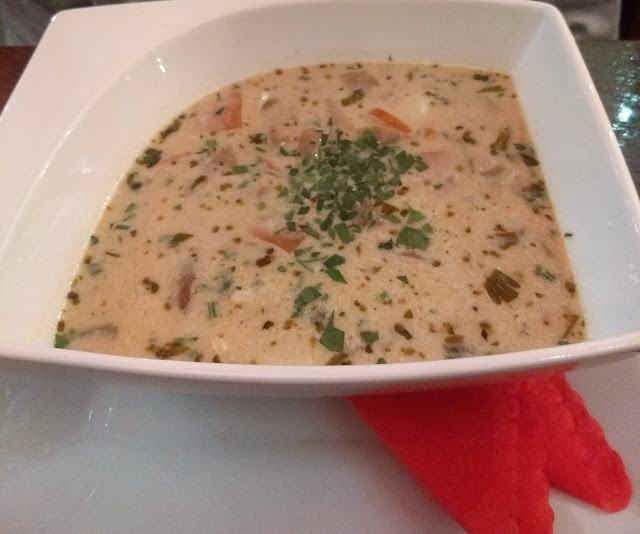 However it specializes in Polish food and Marianne had a mushroom soup as a starter. There were all sorts of different mushrooms and some of them were large pieces. She was very pleased with it. 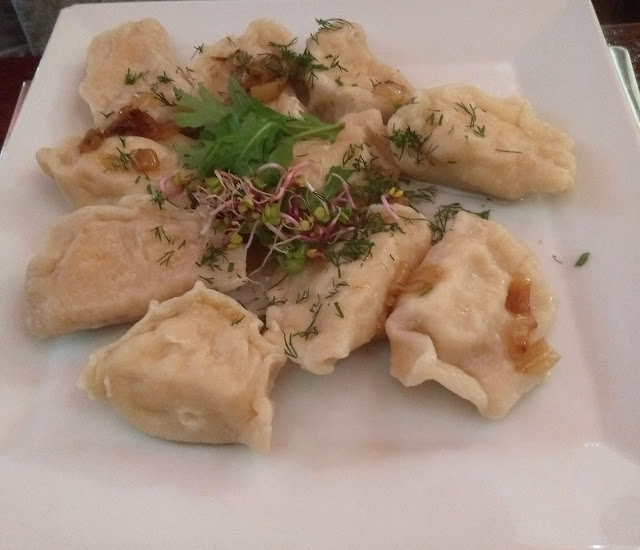 For her main course she had some relatively plain pierogi. They were good but not quite the equal of those in Gdansk. By the way, apparently you can eat one pierog or several pierogi. 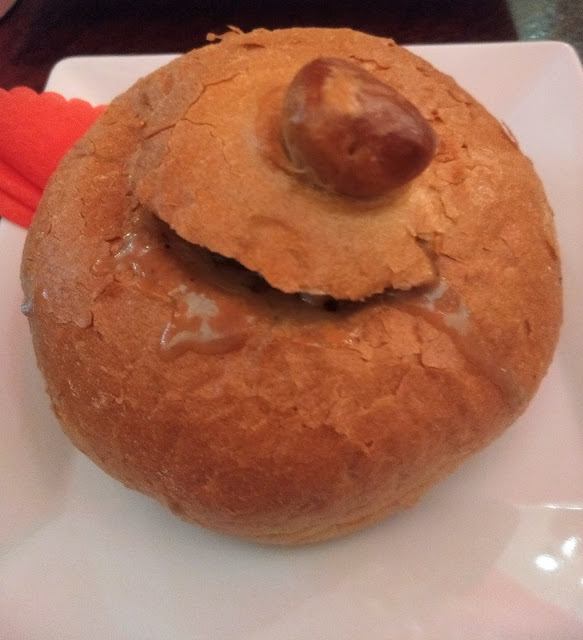 I had a beef stew in a bread bowl which arrived with its little lid. 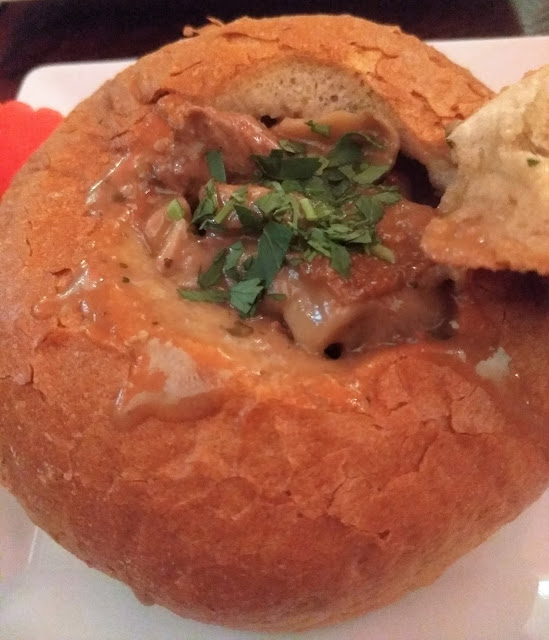 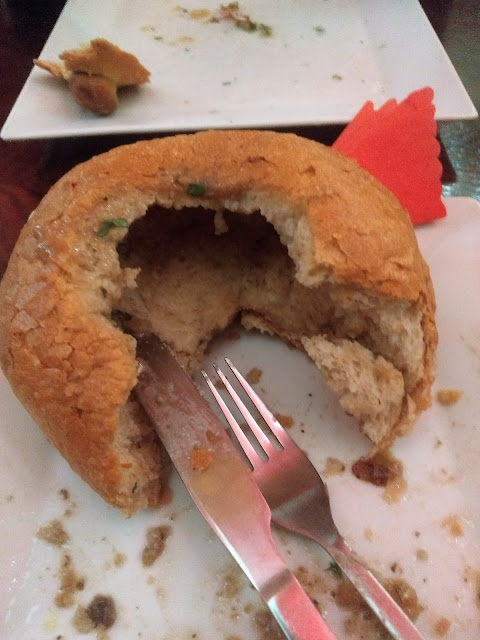 Contents removed. Along with a bottle of red Sicilian wine it was perfect for a cold rainy evening.

The meal cost $35 including the wine. It was a great meal to end the trip and we spoke of how much we had enjoyed it all. 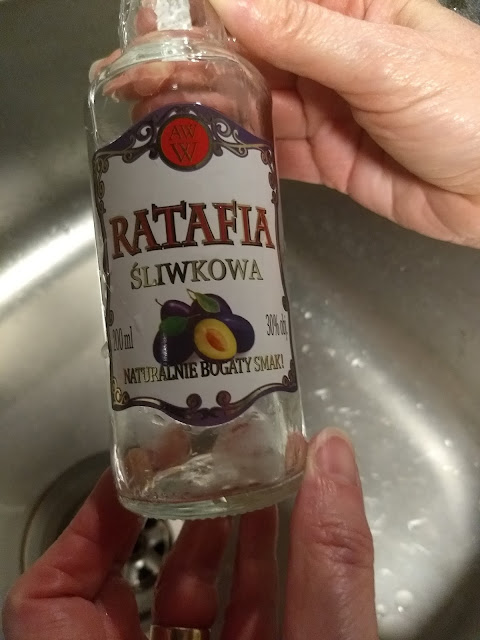 Soon after we arrived in Krakow we went to a supermarket and I bought this small bottle of some sort of plum brandy. It's not as strong as brandy but I am planning to buy a larger bottle to take back to the USA so that I can use it to help marinate the fruit for the Xmas pudding and cakes. It's quite delicious.