For our last dinner in Gdansk I found a restaurant fairly close to where we had eaten the first night. It is called Gdanska and is quite unusual. You can see the menu here. 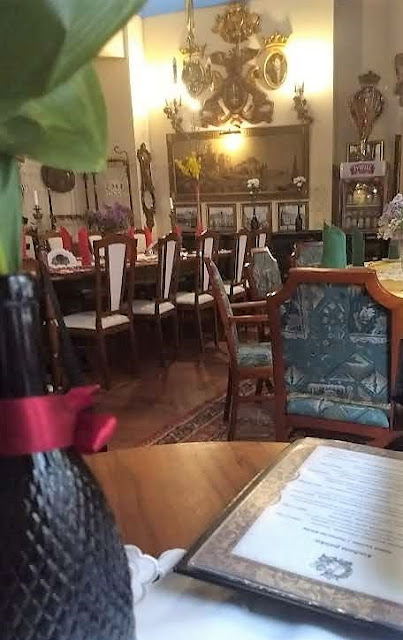 These photos were taken with my cell phone. 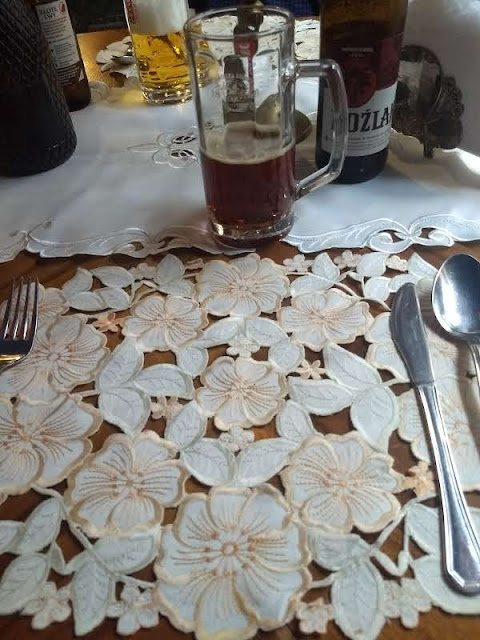 I had a dark beer. 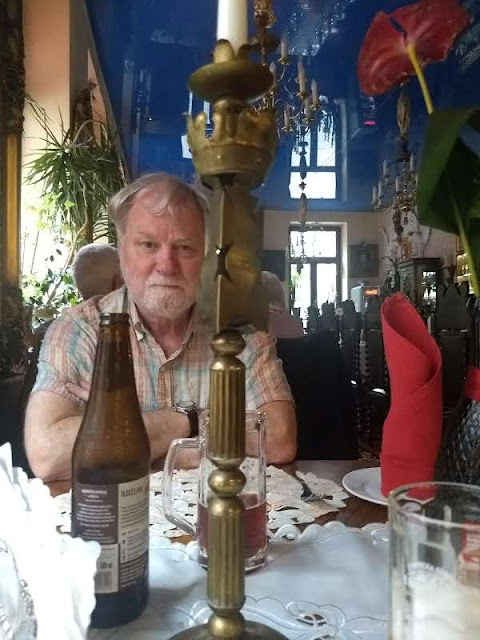 Wondering if Marianne will be able to operate the smart phone camera. She must have succeeded. 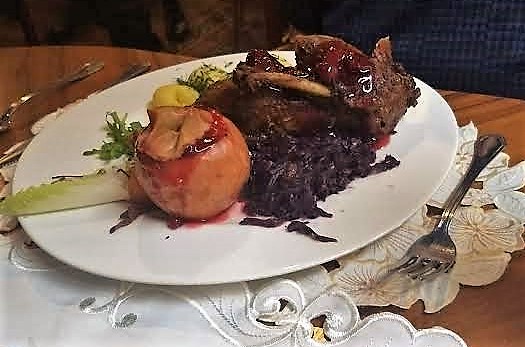 There were two separate duck items on the menu and we each ordered one of them. It turned out they were much the same only one dish (Marianne's) was larger than the other. 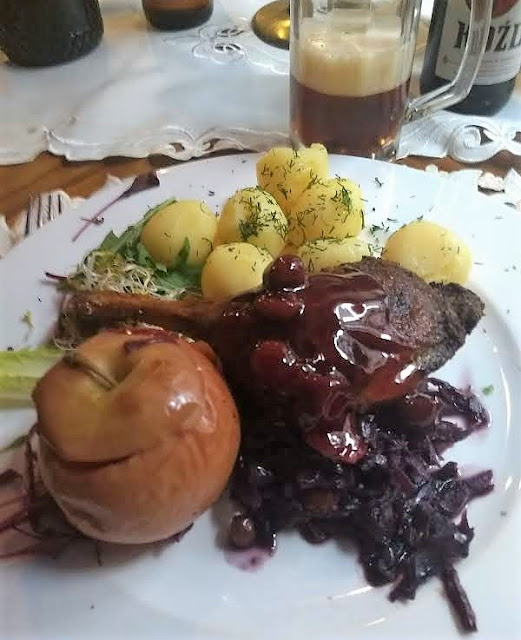 Mine had the roasted duck leg, red cabbage, cherries, potatoes and a few vegetable decorations. 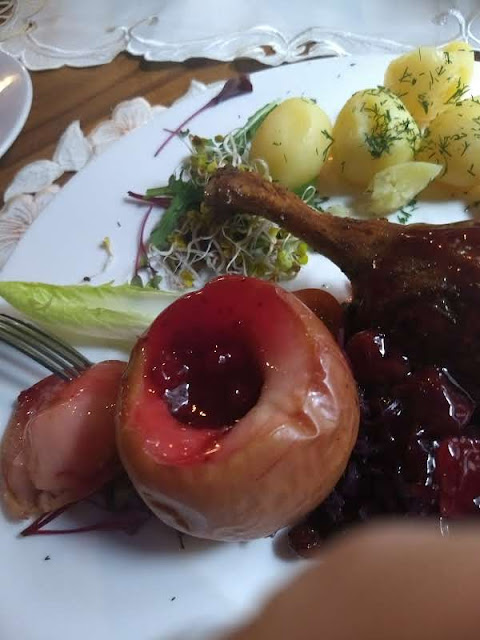 The baked apple contained red currants. I might try making it at Thanksgiving. 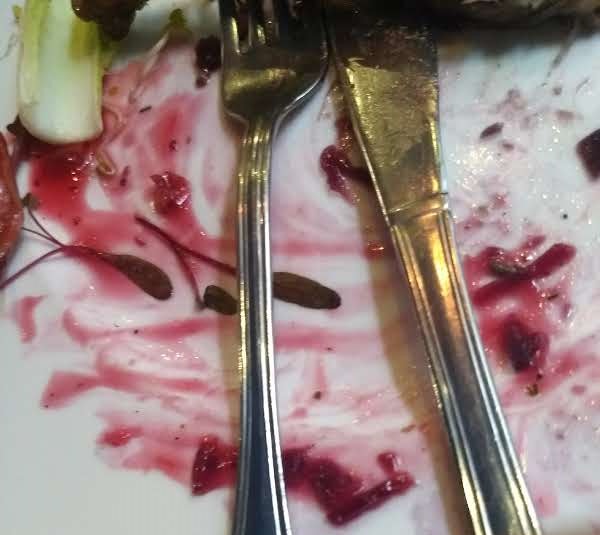 Delicious. During the meal, a woman in traditional dress came out and sang a couple of songs in a soft melancholy voice accompanying herself with a piano accordion. She received applause after her first song but only my applause at the end of the second. She smiled at me and then walked off in a huff. 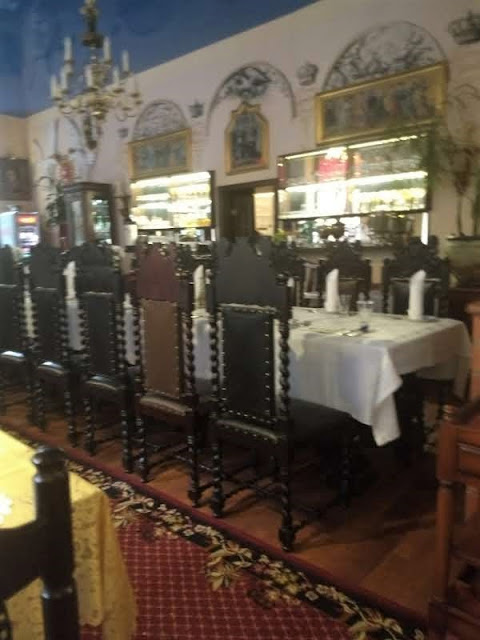 After the meal we took a few photos in other rooms in the restaurant. 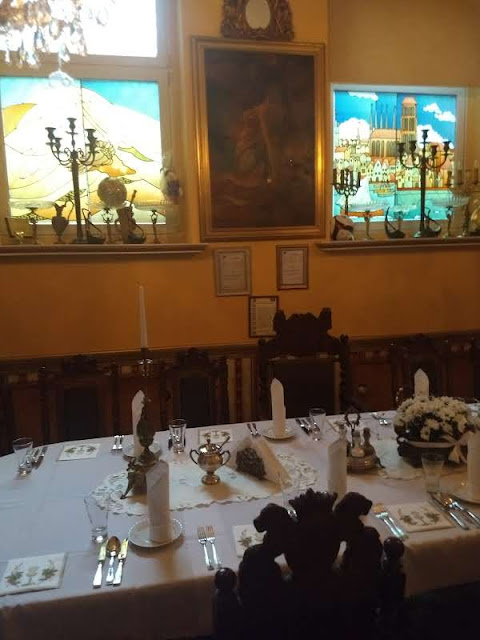 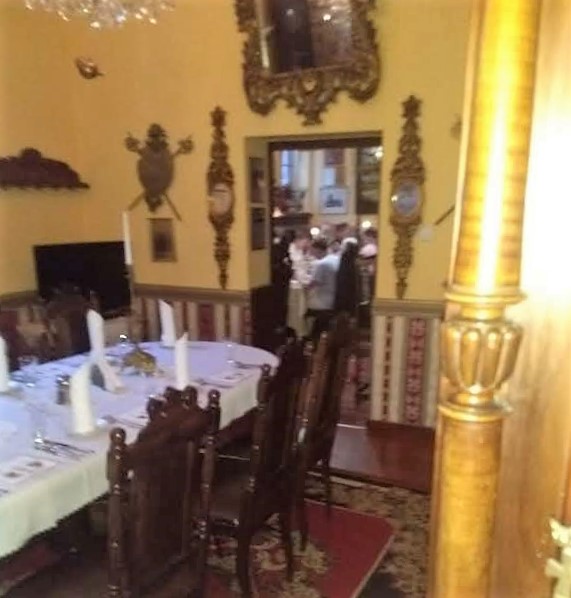 The meal, including beer cost $41.