We had a pleasant trip south to Krakow by train which is one of the newer variety. The train was virtually full of passengers. Most of the journey was across the flat plains of Poland but towards the end of the trip there were more hills. It could be part of the reason why Krakow survived WWII. The German tanks found the plains much easier and faster to cross than the hills. 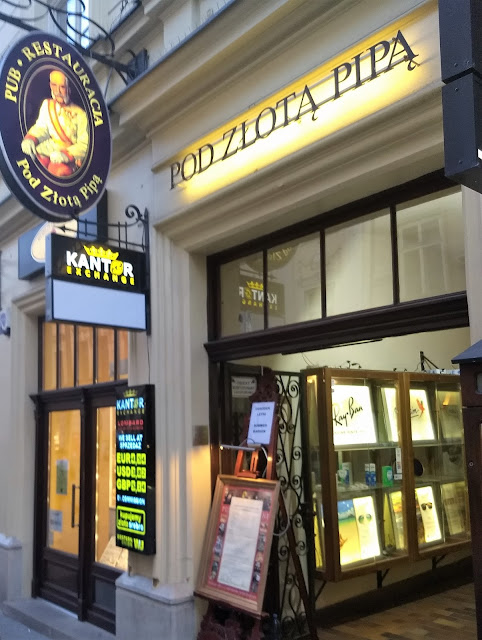 After settling into our very nice bnb near the famous Old Town and having a nap, we eventually headed off for dinner. We started to walk around the Old Town hoping that some interesting restaurant would appear. Mostly the restaurants were pubs, pizza places and Italian food but eventually we came across this place. 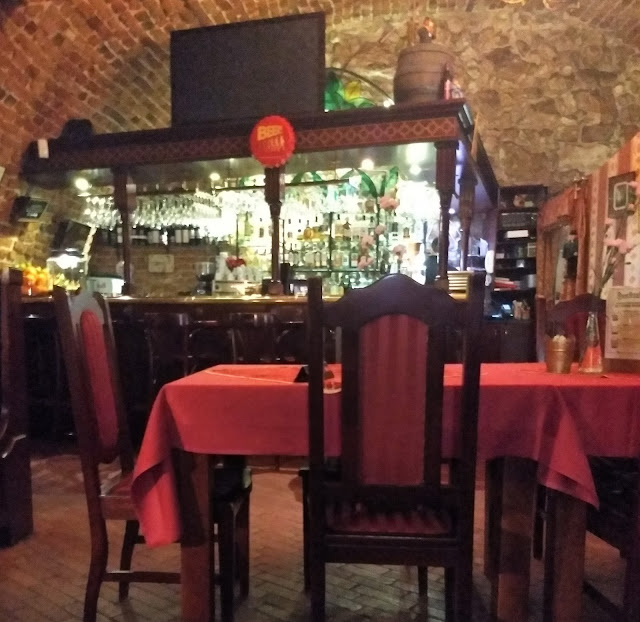 We had to go along a corridor and then down some steps and emerged into Pod Zlota Pipa. 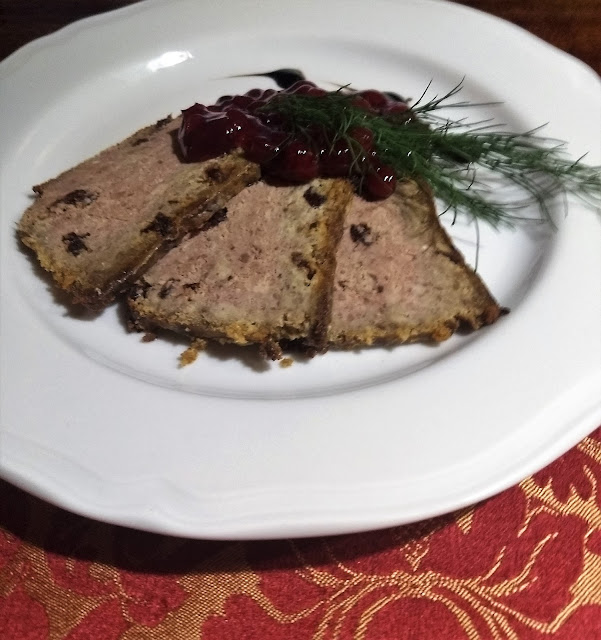 Marianne had a starter of pate and red currents. 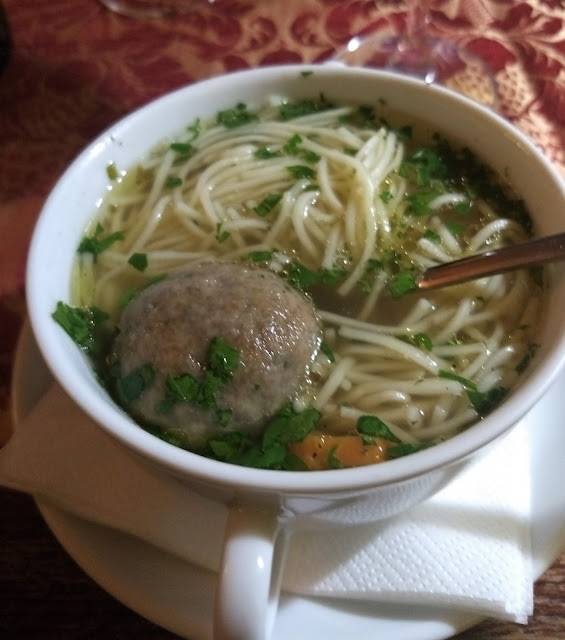 I got a three course menu that started with a chicken dumpling and noodle soup. 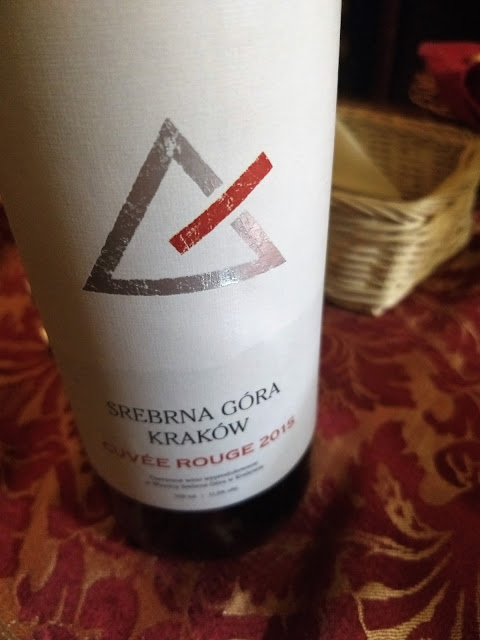 We decided to try a bottle of Polish red wine which was one of the more expensive bottles on the menu. It was quite enjoyable with a pronounced flavour of berries and cherries. It was quite unlike any other red wine I had tried before. 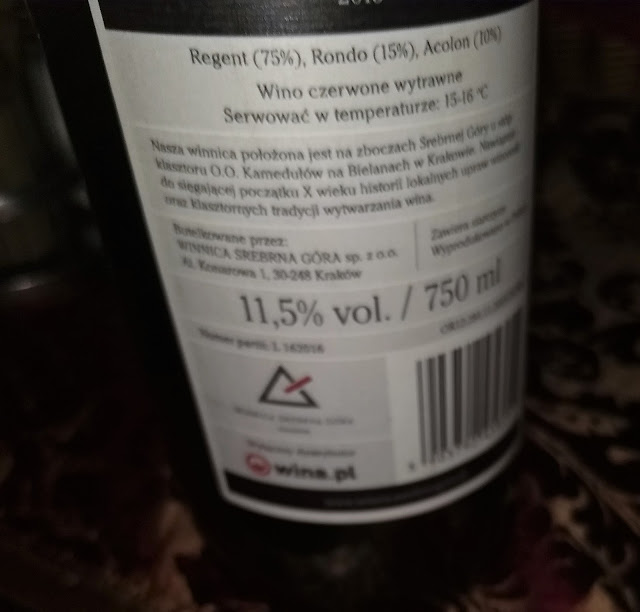 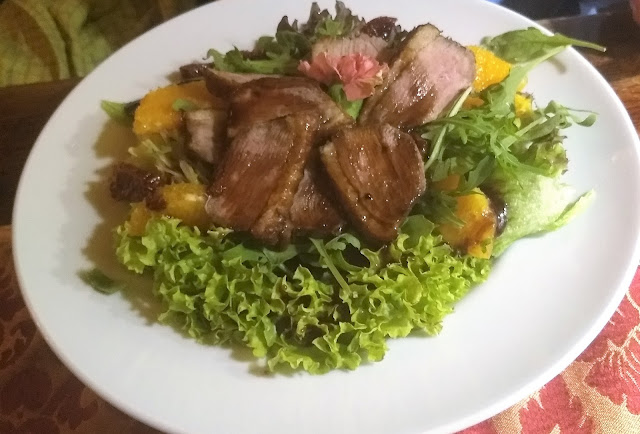 Marianne had a duck breast salad. 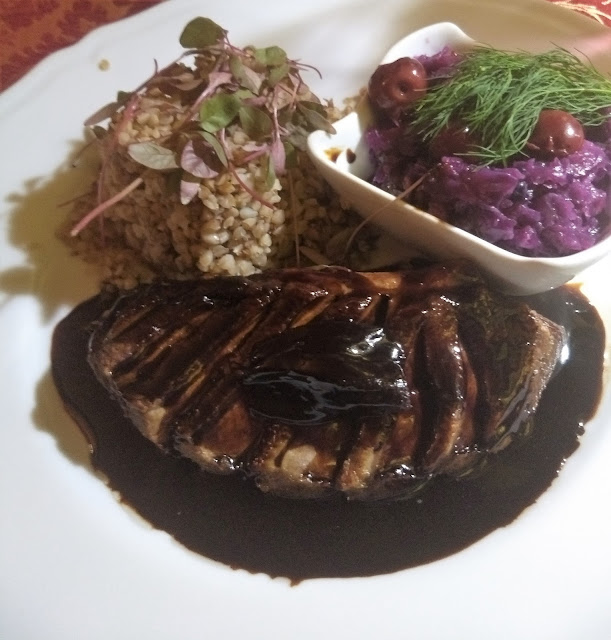 Mine was duck breast in a very rich cherry sauce along with bulgar and cold red cabbage. It was almost but not quite one of those 'moaning dishes' where you utter a moan of pleasure with each mouthful. The wine went very well with this dish.

It was all incredibly delicious, especially my duck. 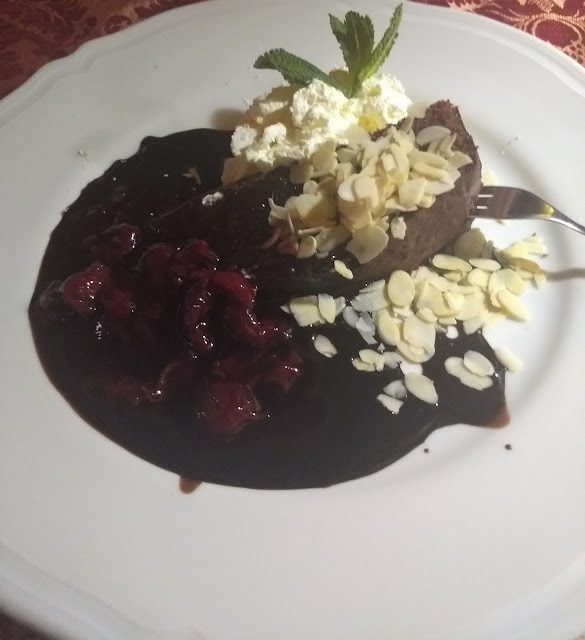 Finally, my dinner came with a chocolate cake doused in cherries, sliced almonds and cream. I was good and only had a couple of fork-fulls. That glutton Marianne gleefully polished off the rest. It was one of those memorable meals which we will always remember.