Since Marianne has Polish ancestry, she has known of pierogis most of her life. I decided to find a restaurant that specialized in making them and probably the best in Gdansk was around the corner. 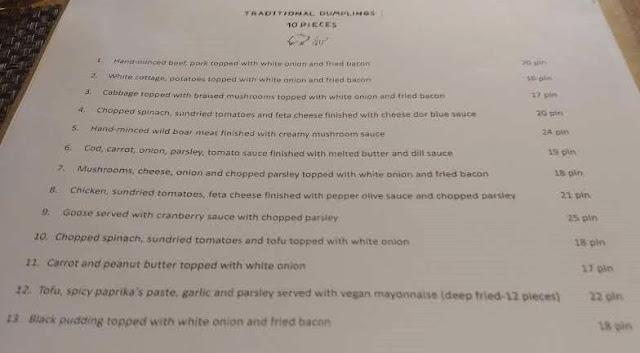 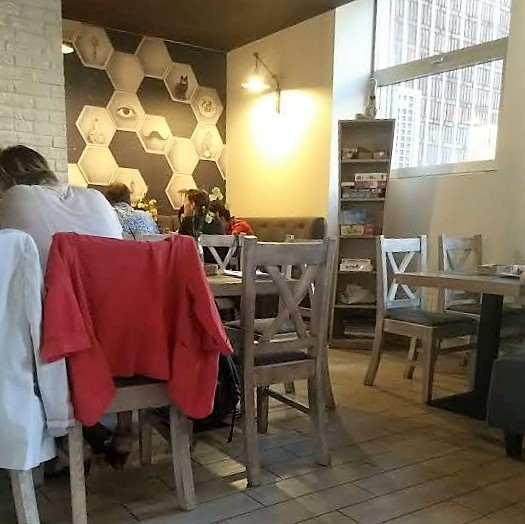 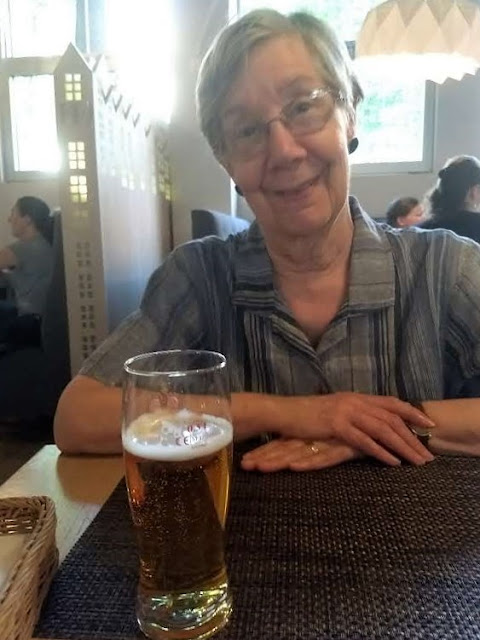 We had to wait about 30 minutes while the pierogis are prepared. 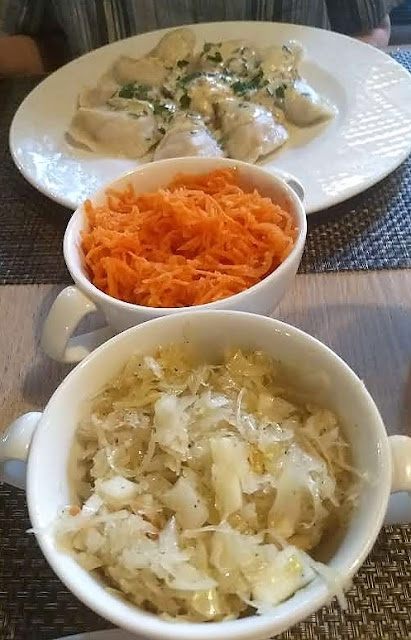 Marianne's chicken plus the two salads. 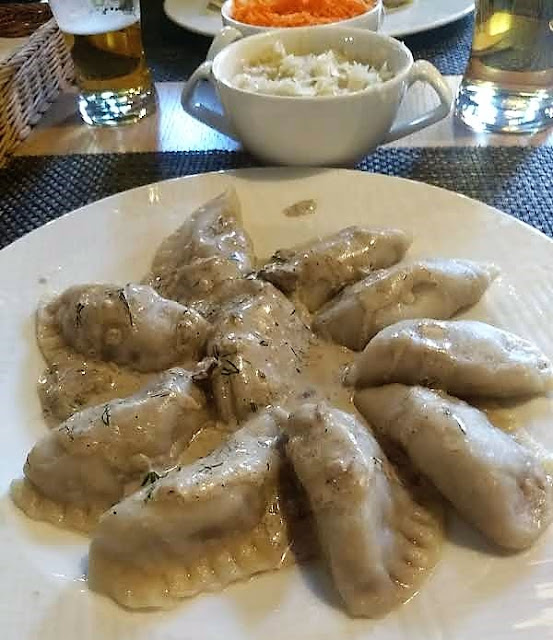 We shared them and these were easily and by a long way, the best Pierogis we have every eaten. The fillings were tasty and the dough was light. M really loved the sauerkraut as well as the carrot / apple mix. The sauerkraut is made fresh every day starting at 5 am.

If you have ever had Mrs T's version from the frozen section at a supermarket, let just say they are not in the race. 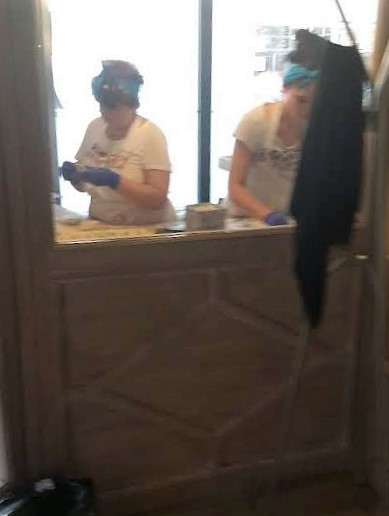 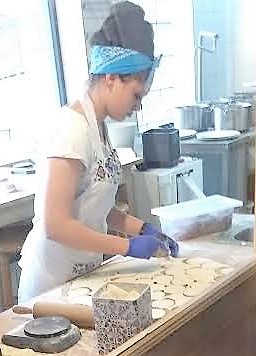 Cutting out the flour circles.

It was a big meal and the total cost including beer was $19.53. The waitresses were friendly and wore T-shirts saying

Eat your heart out, Robin.