Late in the evening we headed further west to Stamsund. Mostly the route was in open water but it was relatively calm. 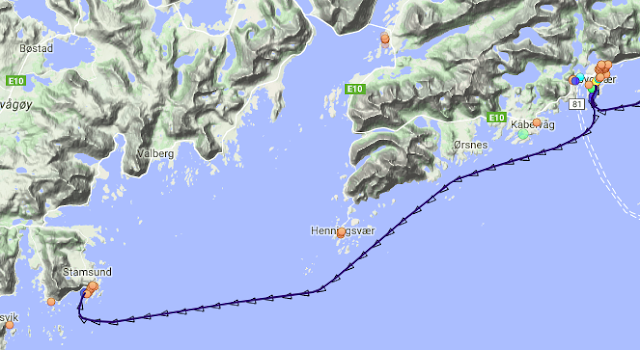 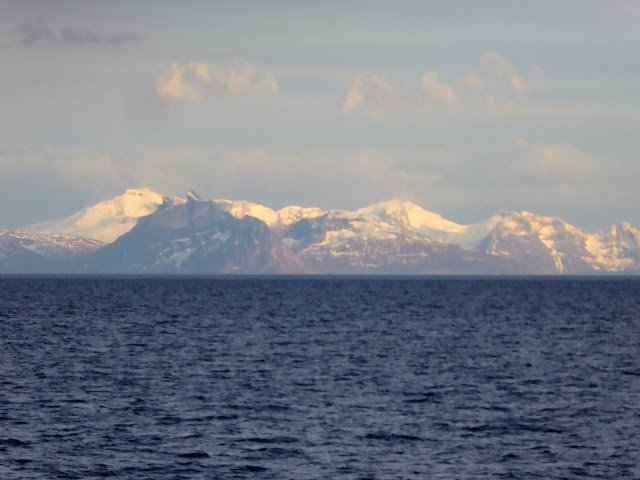 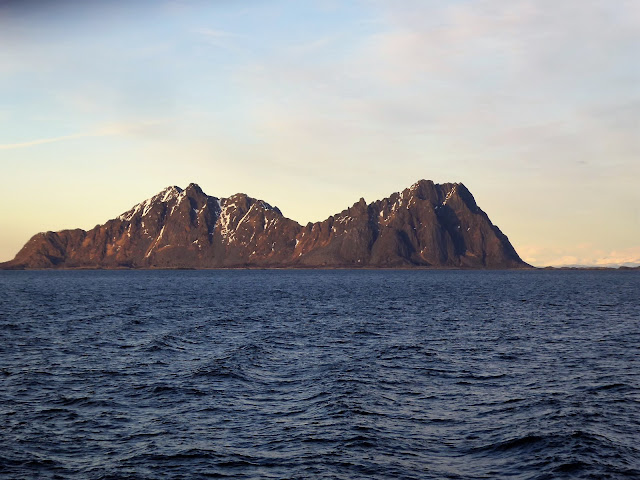 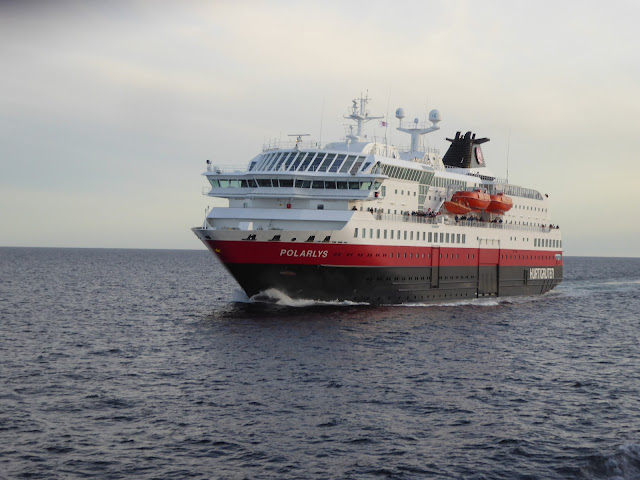 We met another of the Hurtigruten ships, the Polarlys. They announce the meeting a few minutes beforehand and the time is also mentioned on the daily activities sheet.

If you play the video you will hear two horns. The second and lower pitch is the Lofoton. Every time we have met another Hurtigruten ship, the other ship blows its horn first, probably as a mark of respect for the oldest vessel. The passengers on the other ship would be intrigued to see what the old tub is like. 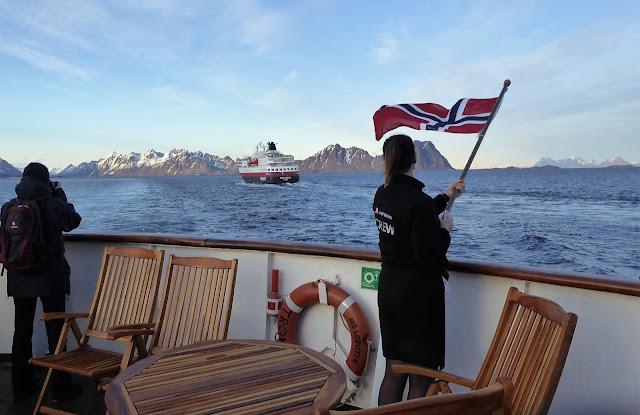 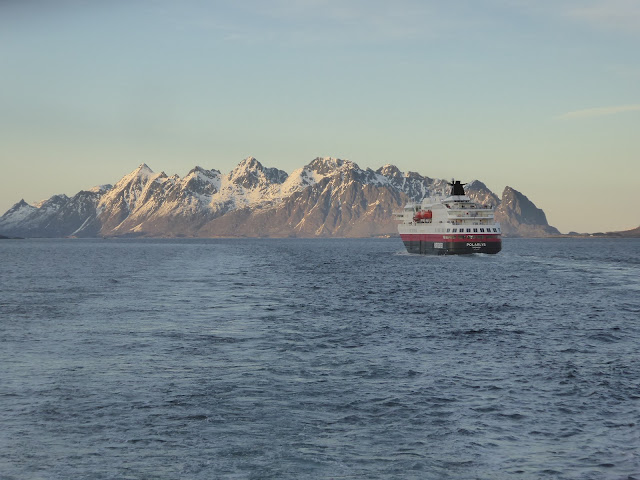 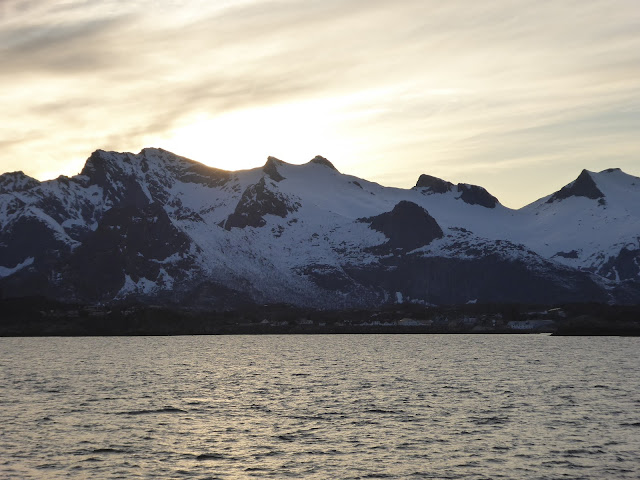 Close to the sun disappearing. 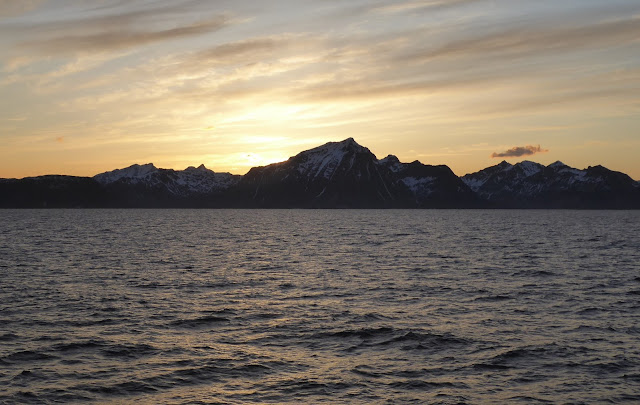 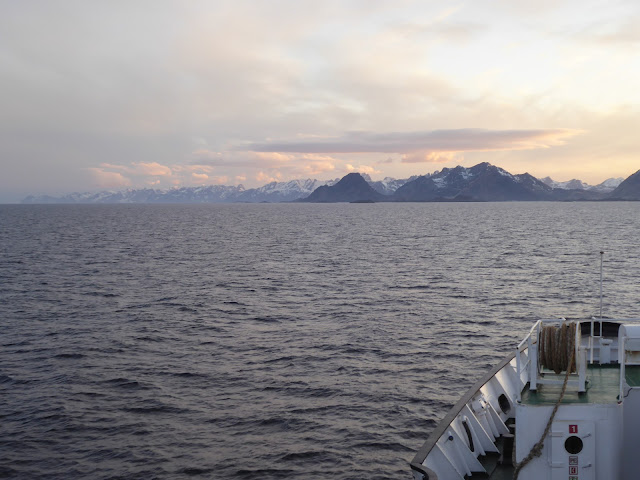 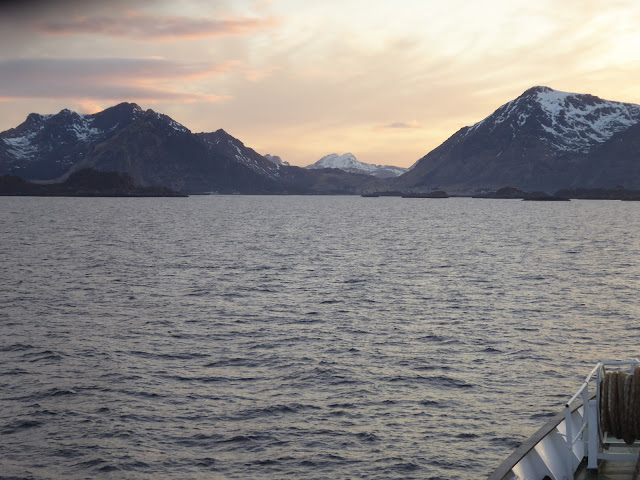 We came closer to Stamsund and I decided to stand up by the ship's bridge to watch the docking manoeuvre. 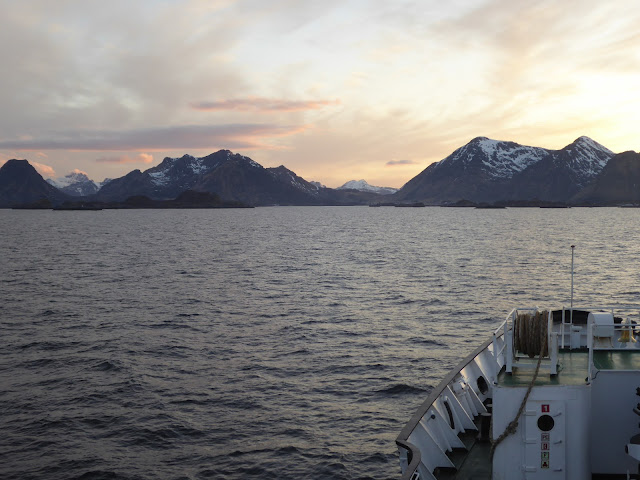 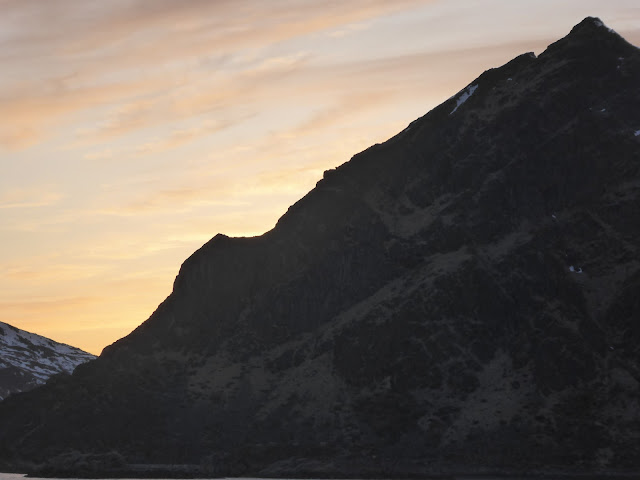 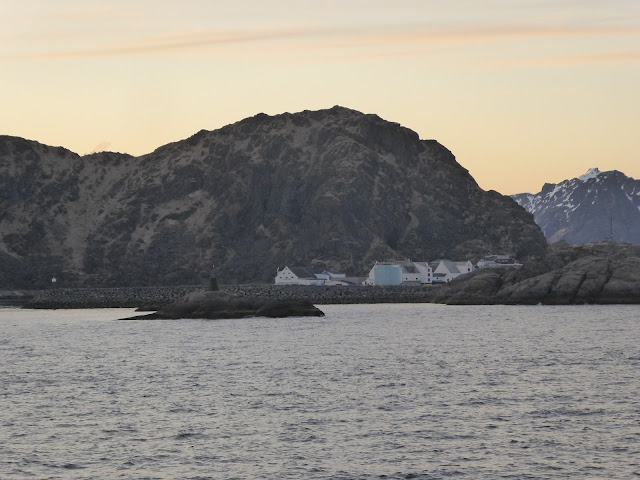 Turning into the port. 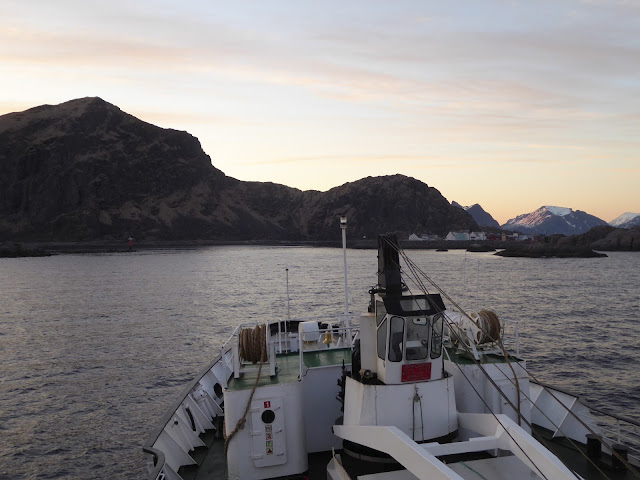 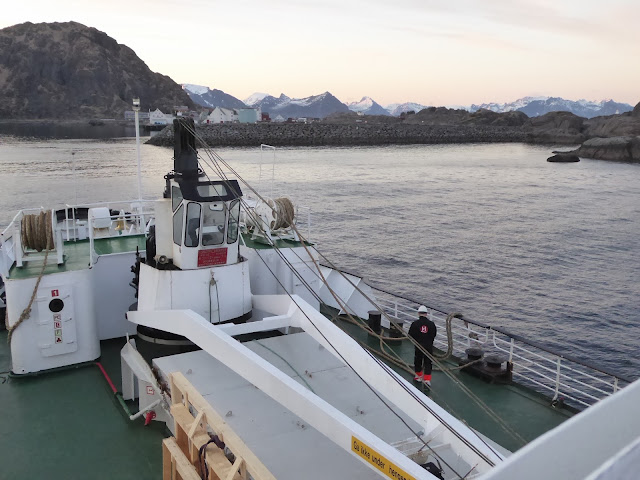 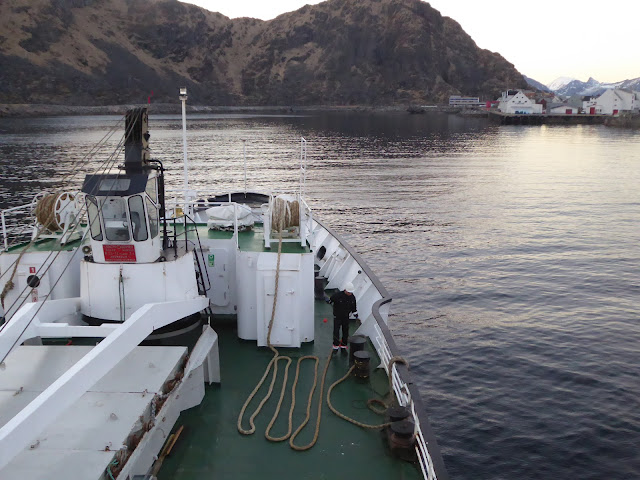 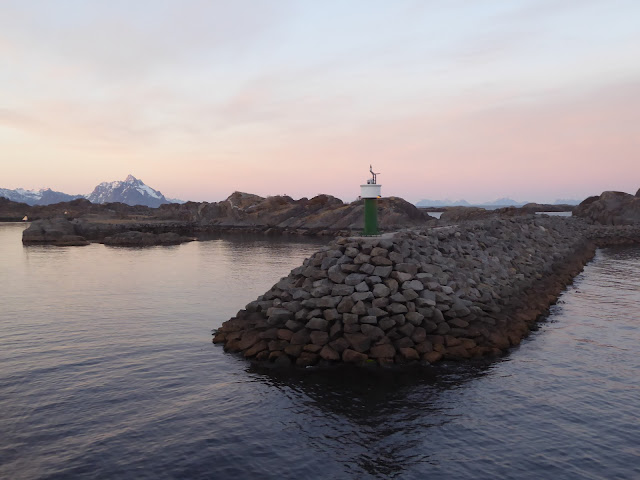 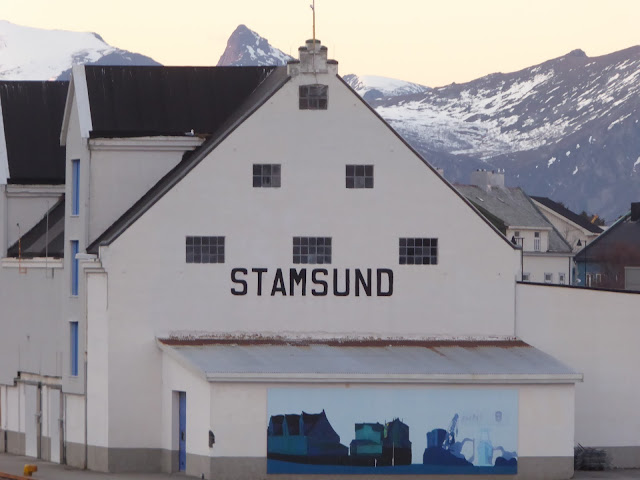 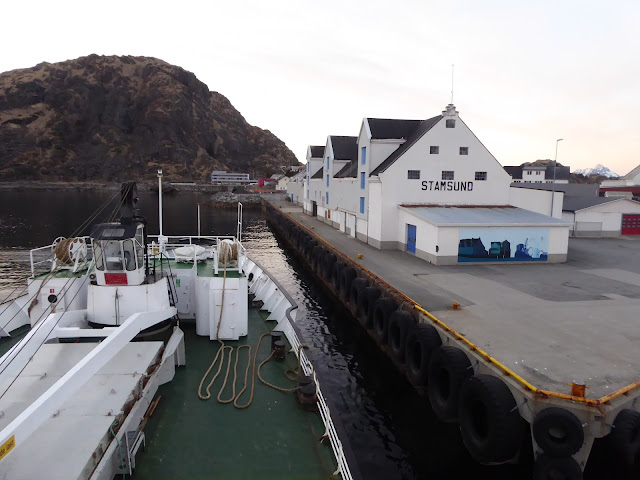 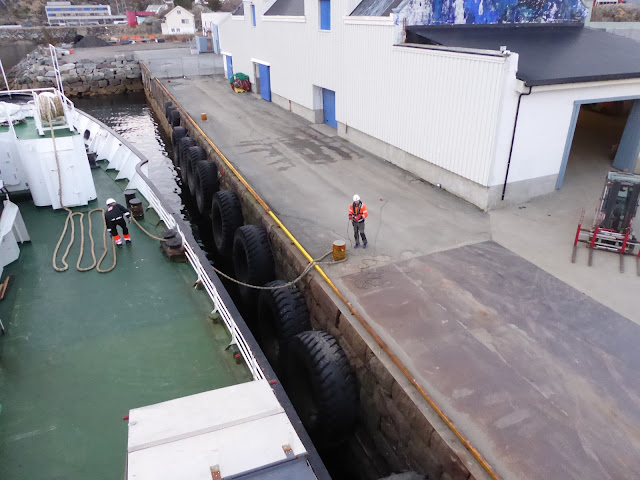 First line on the bollard. 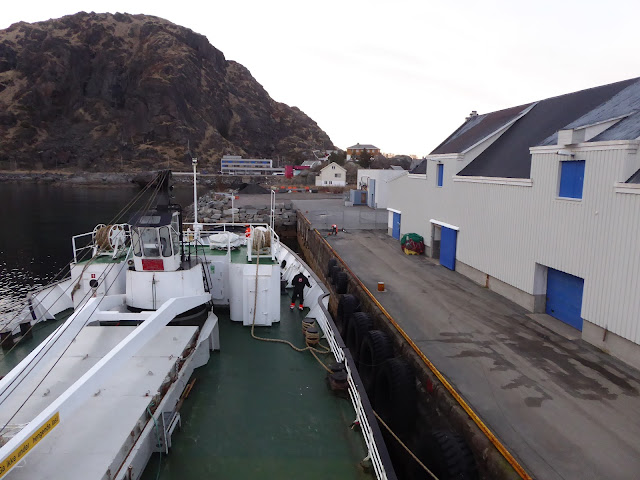 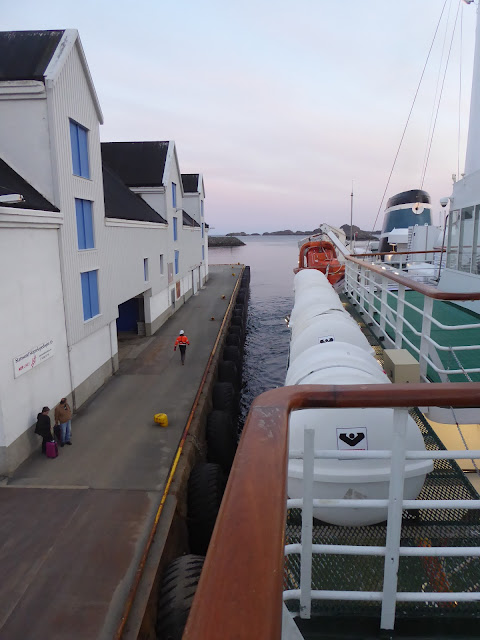 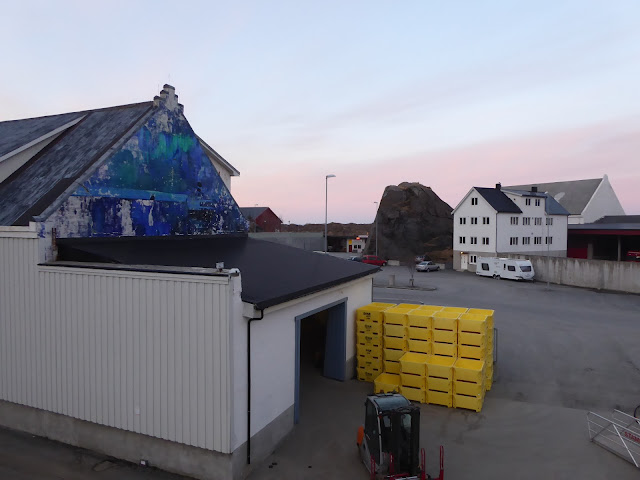 There was no disembarkation allowed and the ship left after 30 minutes. We went to bed.

Stamsund was the site of Operation Claymore in WWII where Allied forces entered the town and captured many German prisoners. Several merchant ships were sunk, the fish oil tanks were set on fire, and most importantly, a set of Enigma machine rotors and code books were captured and taken to Bletchley Park in England.