We went to bed about 10 pm but I found it difficult to get to sleep because it was so noisy. Perhaps the ship was running late but the Captain had increased the revs on the motor and the ship was vibrating much more than usual. 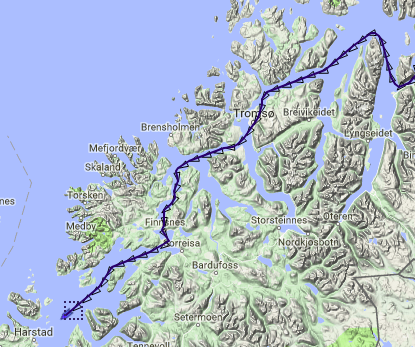 The ship stopped at Tromso about midnight and a lot of passengers got off to go to the Tromso Arctic Cathedral to hear a vocal performance. Here is a performance on Youtube. I had thought about going, but bed appealed more. Marianne was asleep as I peered out of the window at the other passengers heading off into Tromso.

Next time is always my excuse.

By the way, Scandinavia has a very strong vocal tradition. 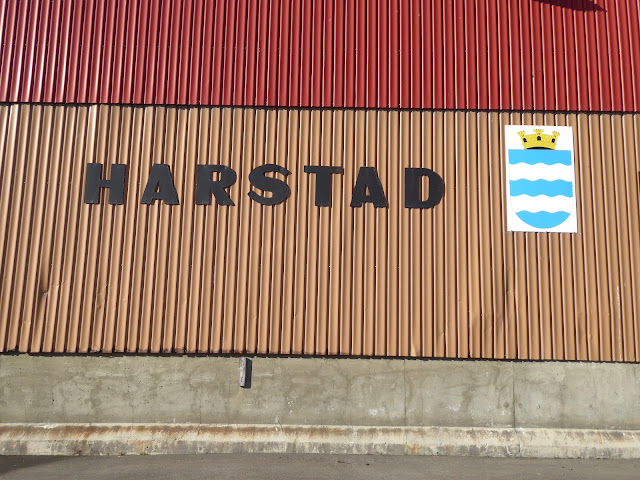 I woke up a couple of times during the night and the noise level had decreased back to normal. Just before breakfast the ship docked at Harstad which shares the same airport with Narvik. I had landed there at the start of my Narvik to Singapore train trip. 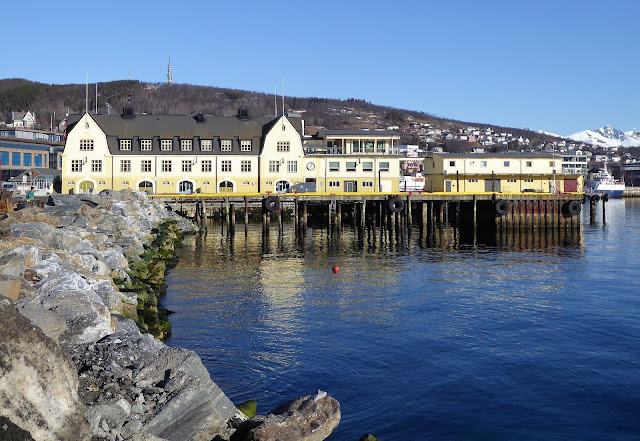 I was already dressed and Marianne wanted a shower so I got off the ship and had a quick walk into Harstad before breakfast. 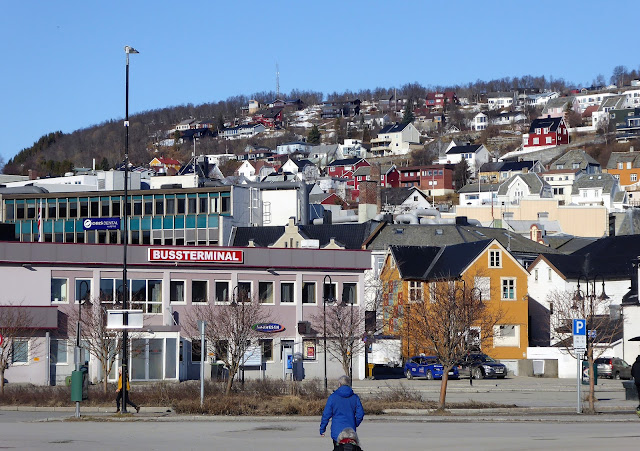 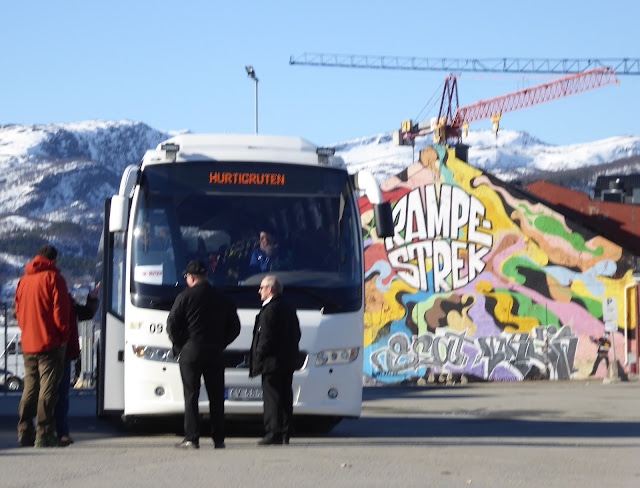 Some of the passengers were doing a bus excursion 'a taste of Vesteralen' which is apparently spectacular. We have decided not to do the excursions but stay on the ship. 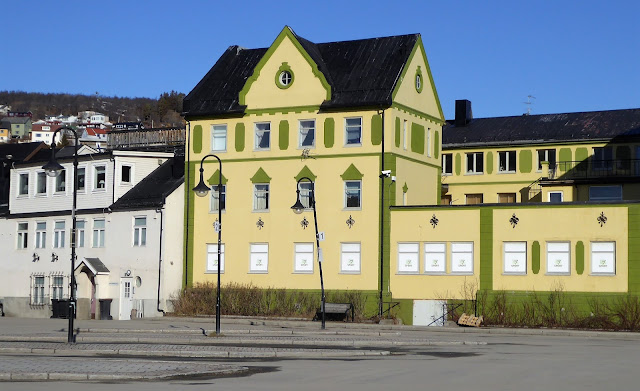 It was a novelty to see a lovely building like this. With so few old buildings left in northern Norway after WWII, this was a welcome sight. 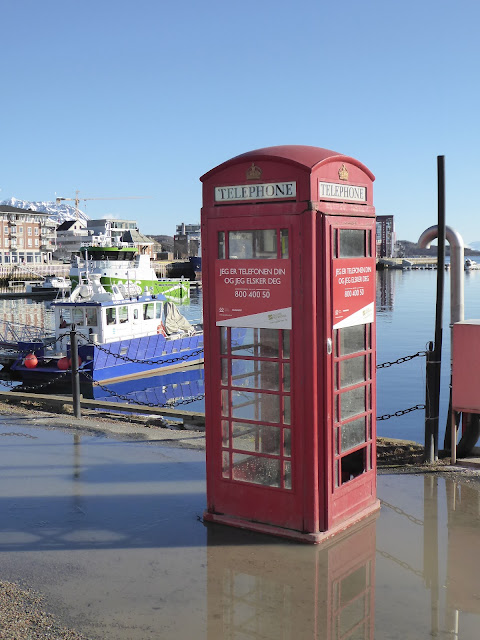 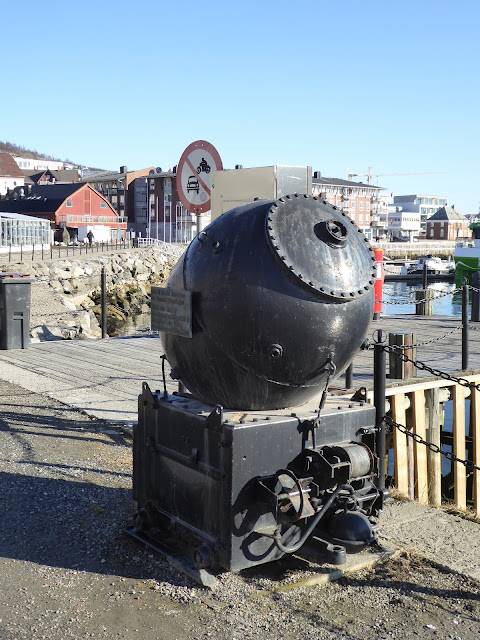 A British mine left over from WWII. 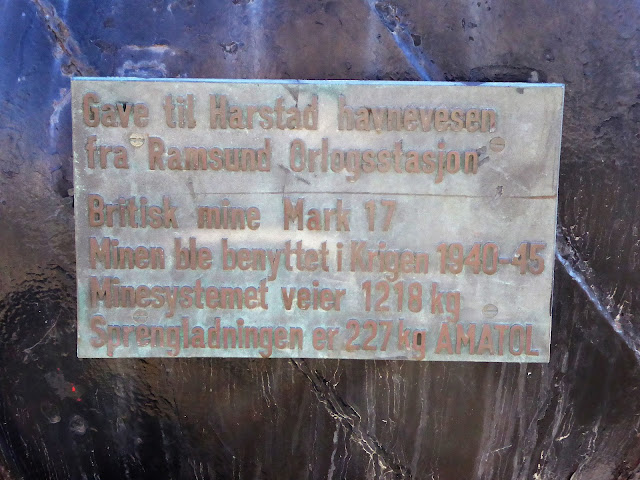 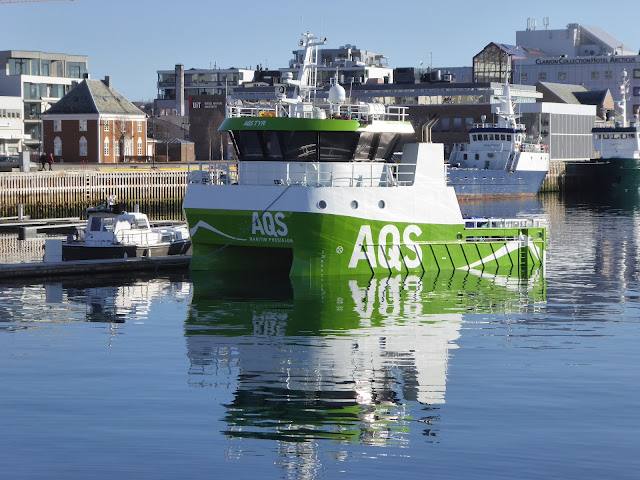 Most of the ships at the dock were catamarans. 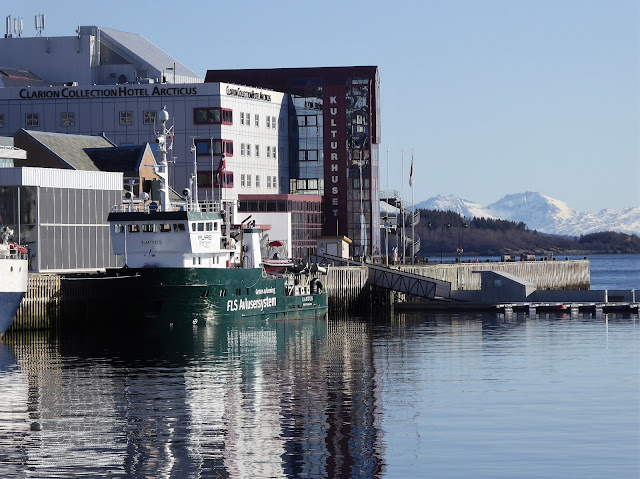 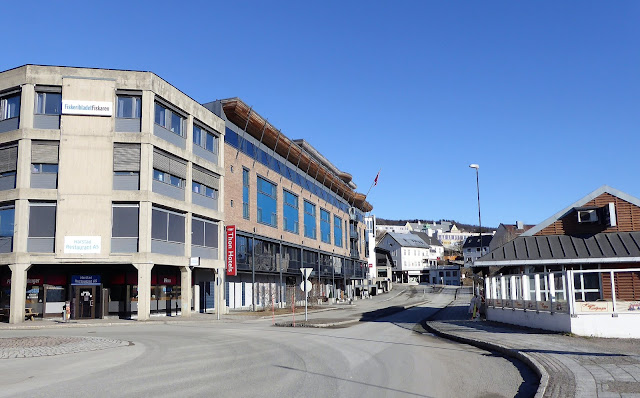 There was very little traffic at 8 am. 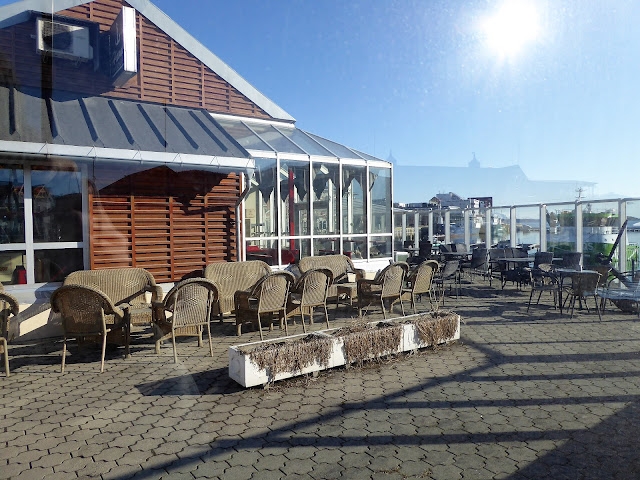 Outdoor cafe but well protected from the wind. 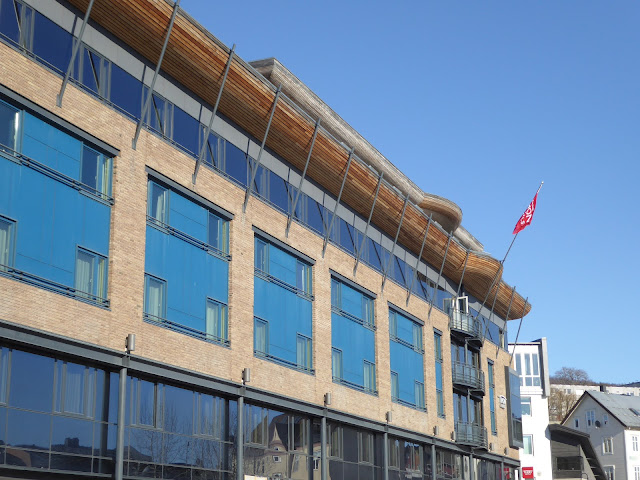 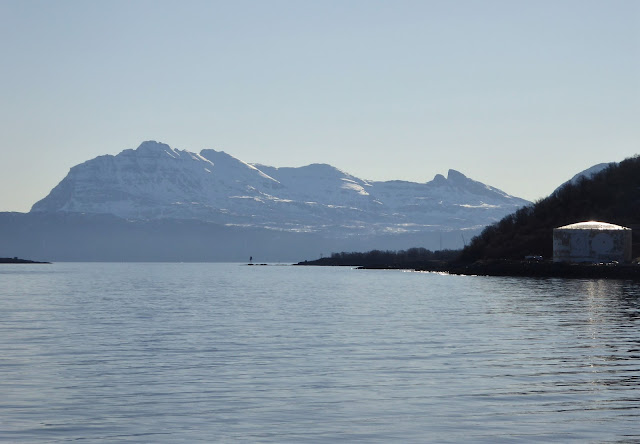 I suppose you get used to living surrounded by such spectacular scenery. 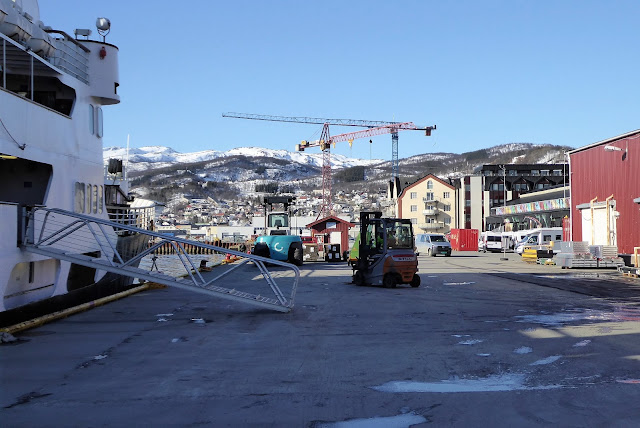 I walked back to the ship since it was only docked for 30 minutes. They were still unloading cargo. 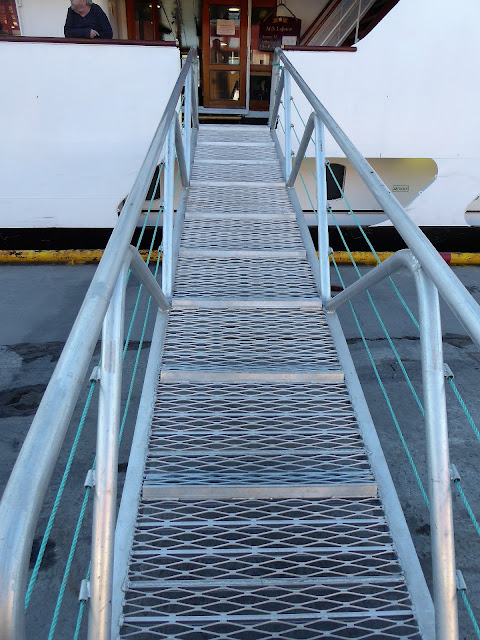 The plank is usually a wire grid with ridges every few feet. 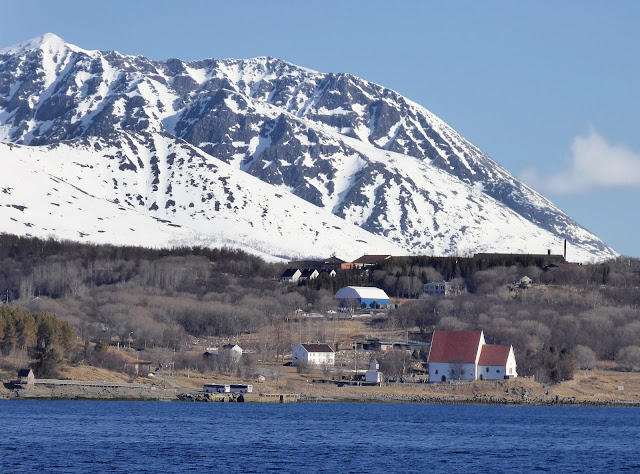 The building on the lower right with the red roof is Trondenes Church world's most northerly medieval building still standing. 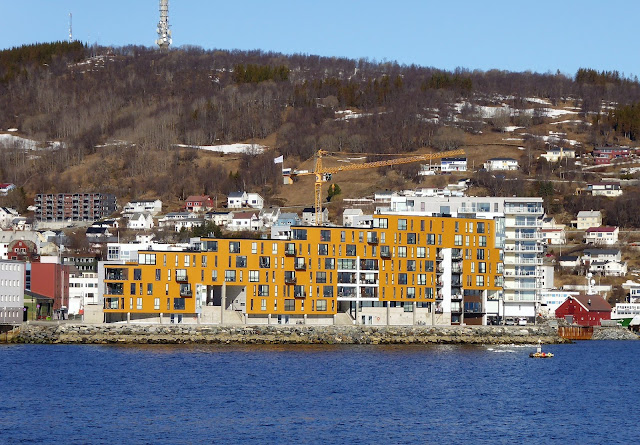 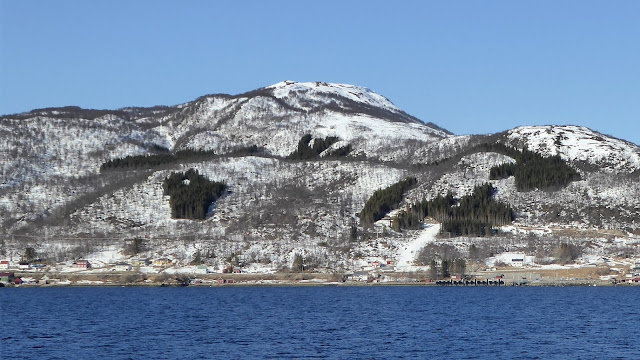 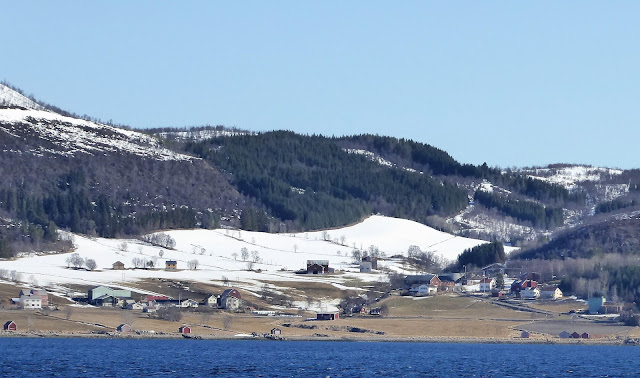 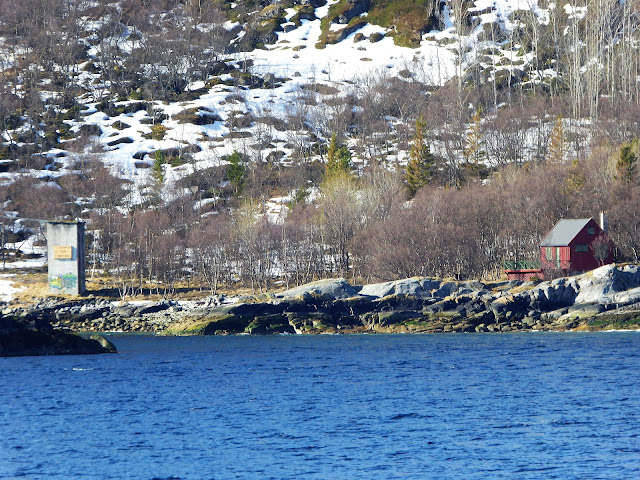 Sometimes I take a zoom photo just to see what something was off in the distance. 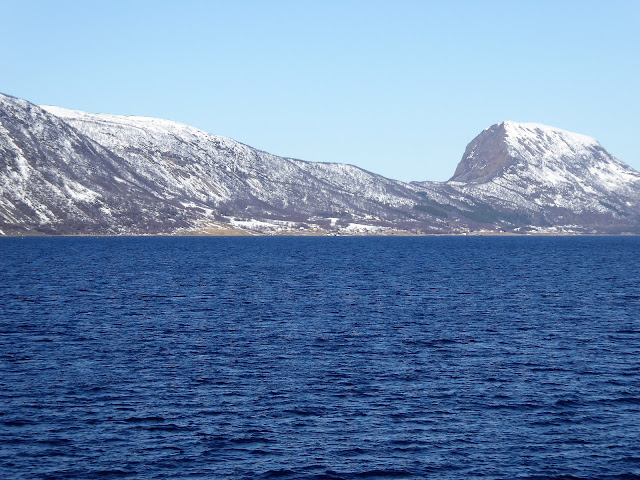 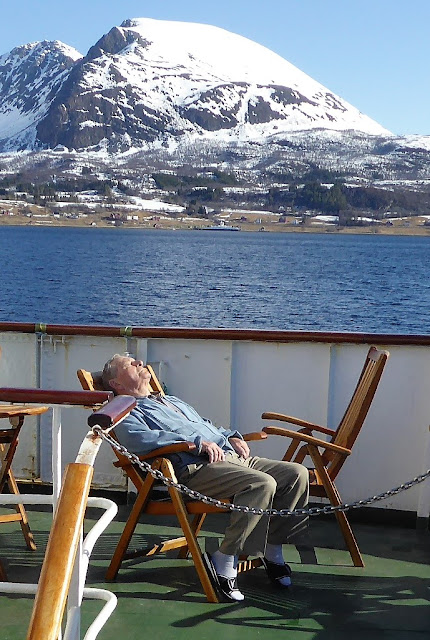 The Europeans seem to be really enjoying the sun. It is a little warmer now, perhaps the high 30's.