Warsaw obviously has a problem with hoon drivers with loud exhausts accelerating quickly. They were performing on Saturday night until 1 am. 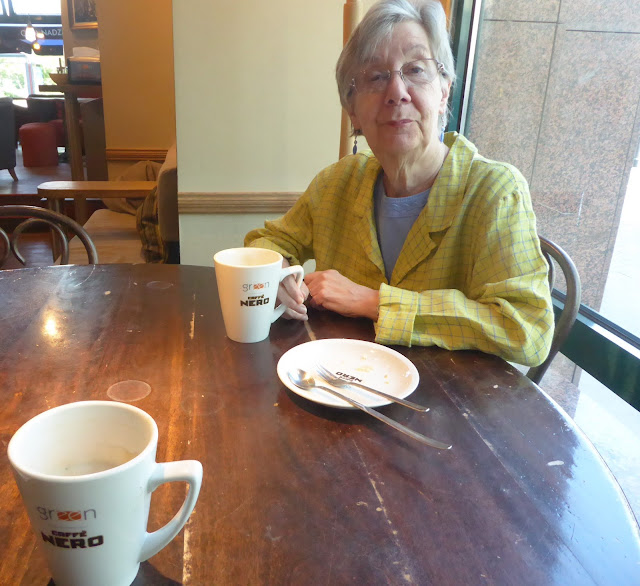 Next morning we celebrated Mothers Day by having brekkie at a nearby cafe. Marianne had a slice of apple tarte and I had a piece of quiche. 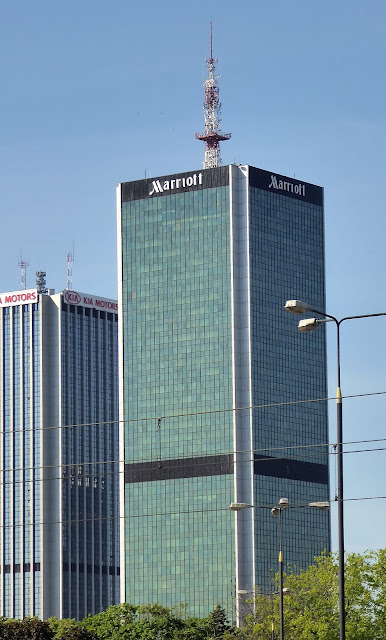 Where my sister and brother-in-law will stay if they ever come here. 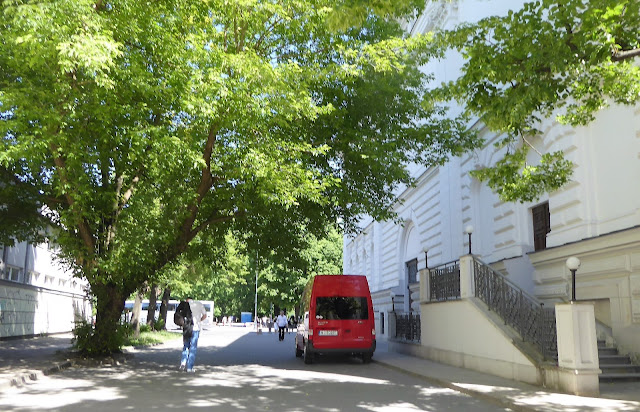 It was another hot sunny day as we walked a mile or so to the old town area. 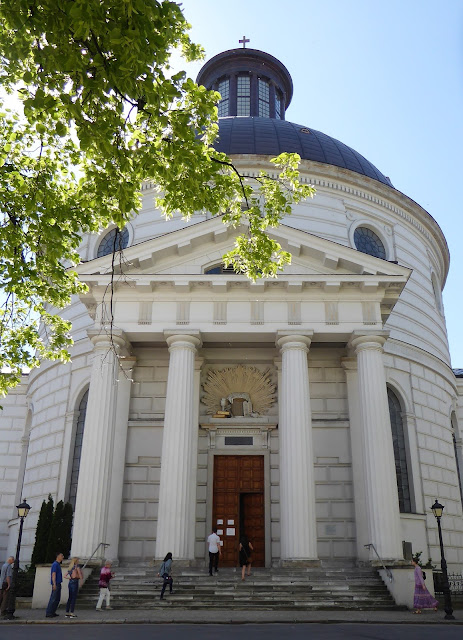 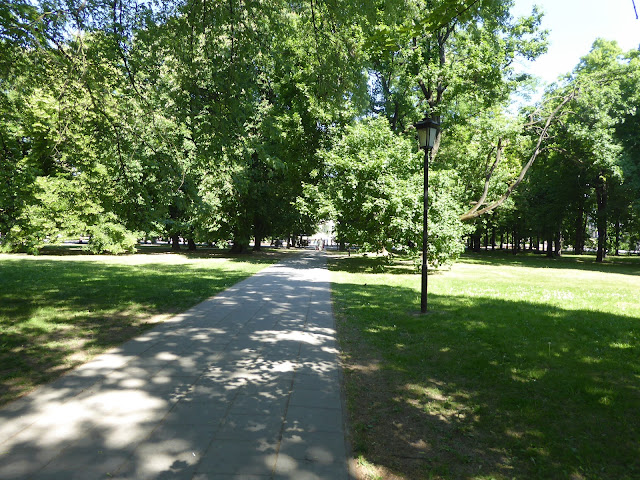 Fortunately we found a nice English style garden to walk in that had plenty of shade. It is known as the Saxon Garden. 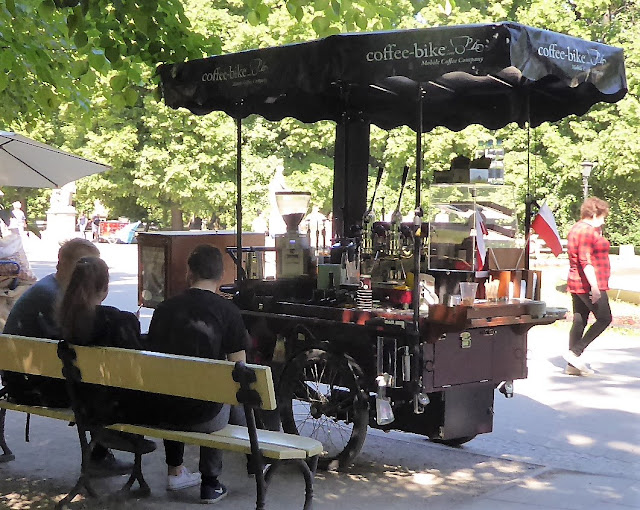 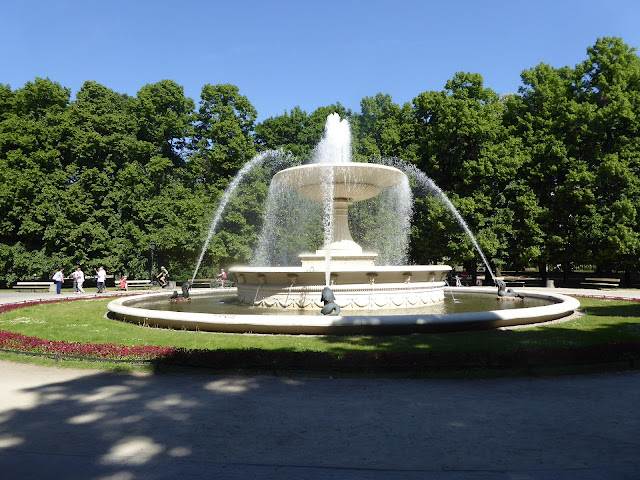 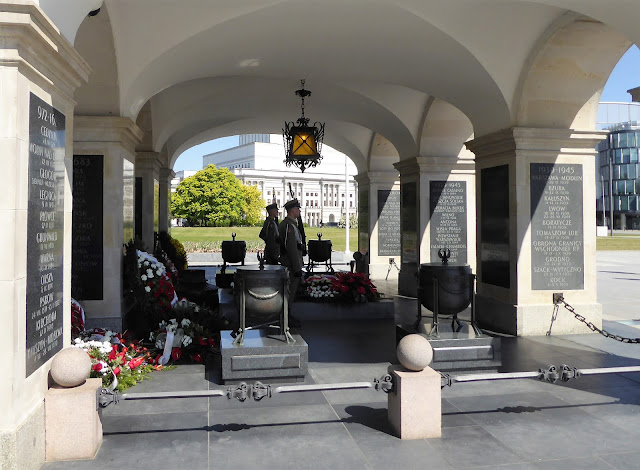 Tomb of the Unknown Soldier. Two soldiers on duty. 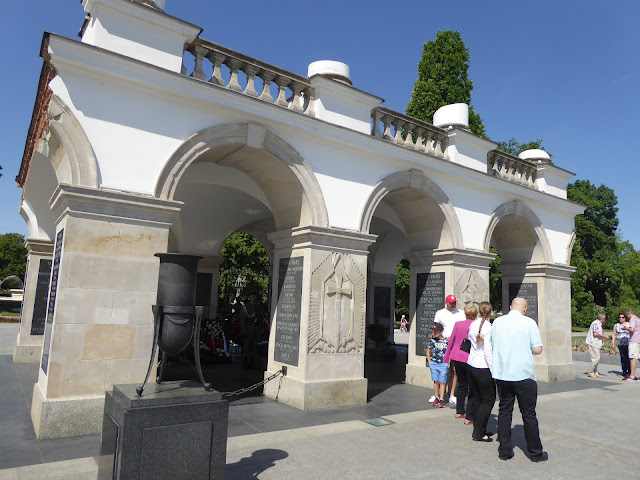 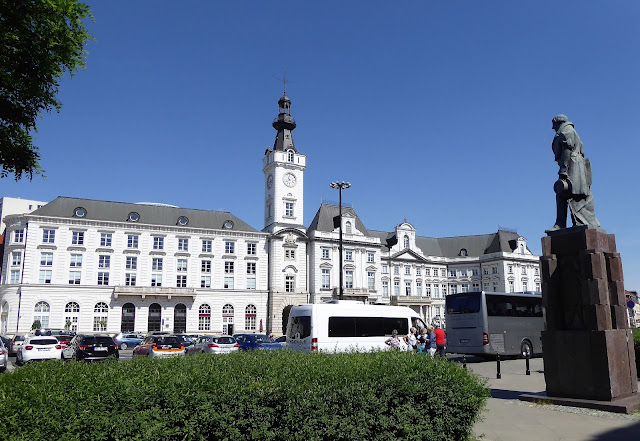 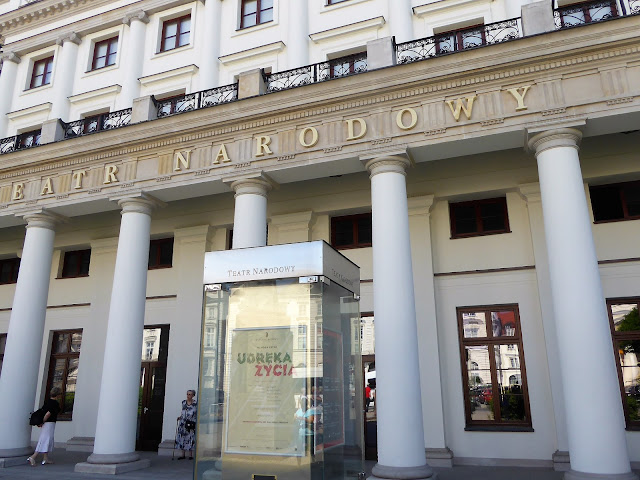 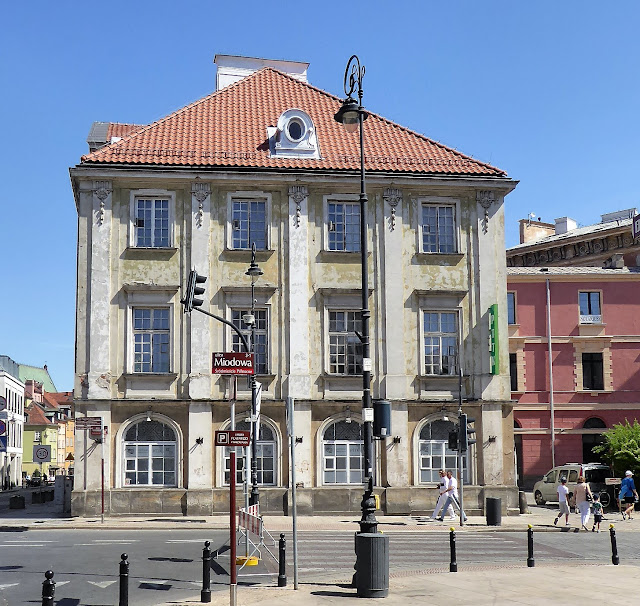 What appears to be an old house that has been restored. 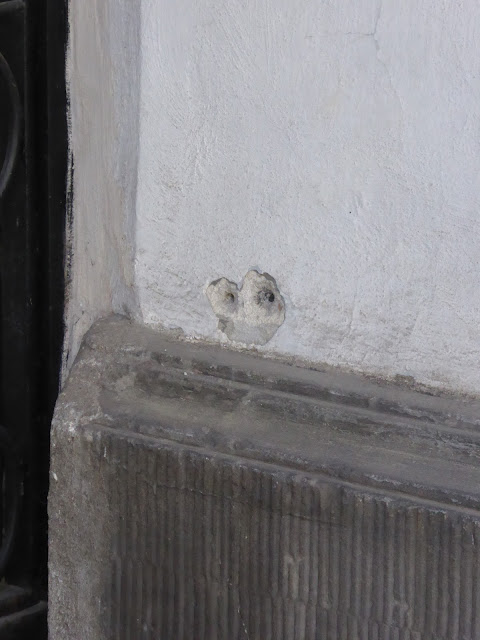 Bullet holes in the old house. The building was essentially destroyed during WWII and restored in 1948-49.

It must have been a Palace at one time and you can read more about it here. 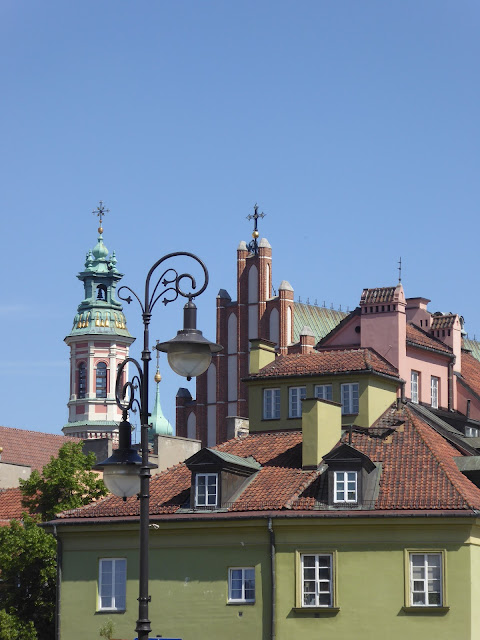 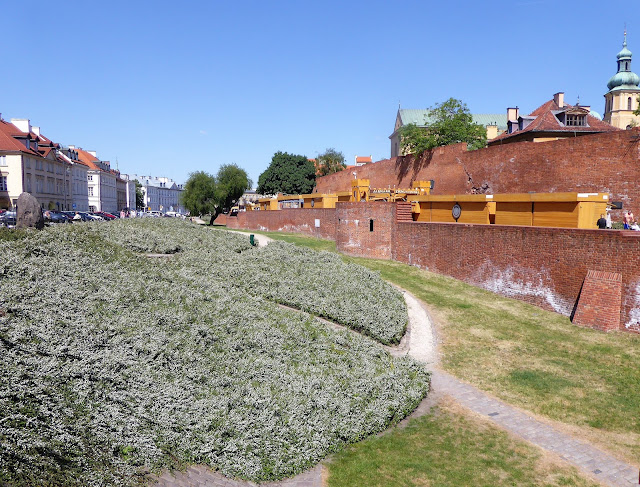 We came to the walls of the Warsaw Old Town. 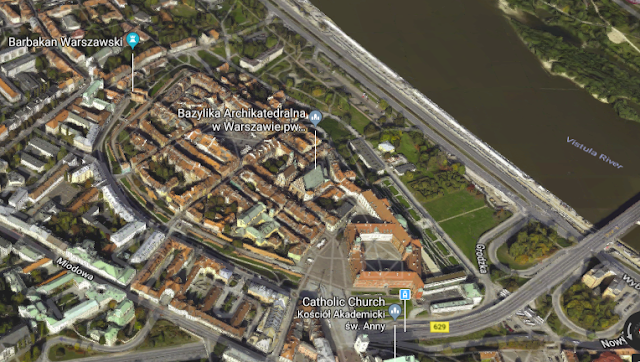 This Google maps view will give you a better idea. 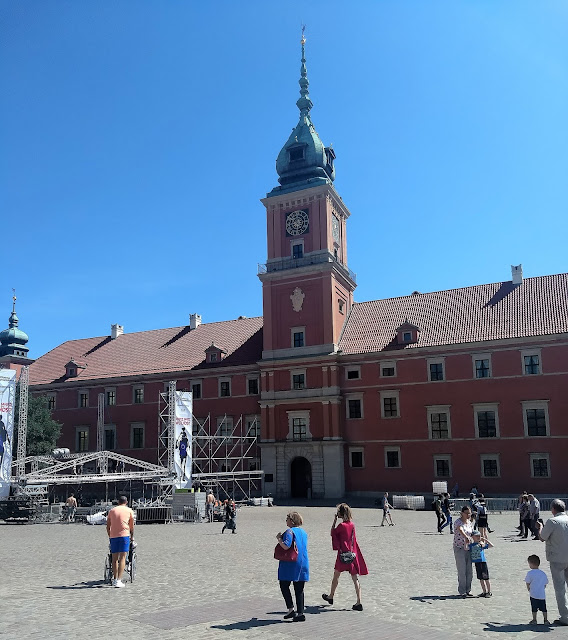 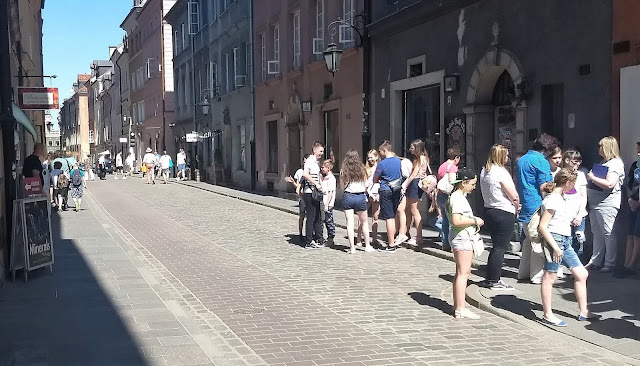 It was a very popular place to be on a hot Summer morning with lots of young people. 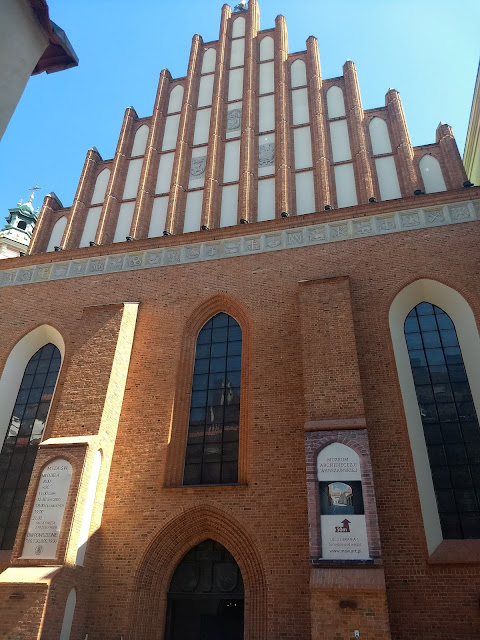 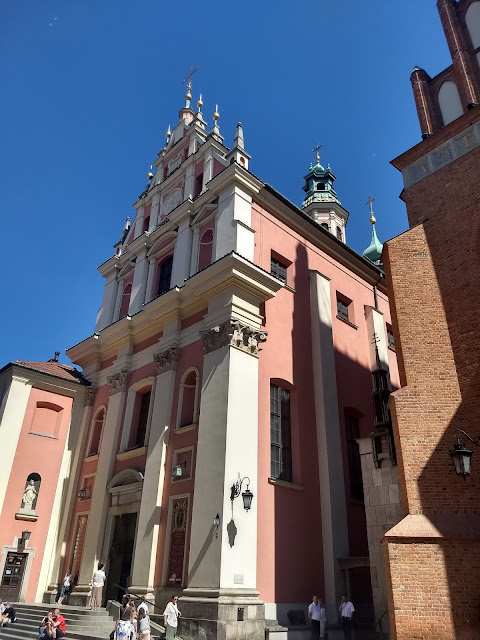 Another church. Every building you see in these photos was destroyed in WWII and was rebuilt. 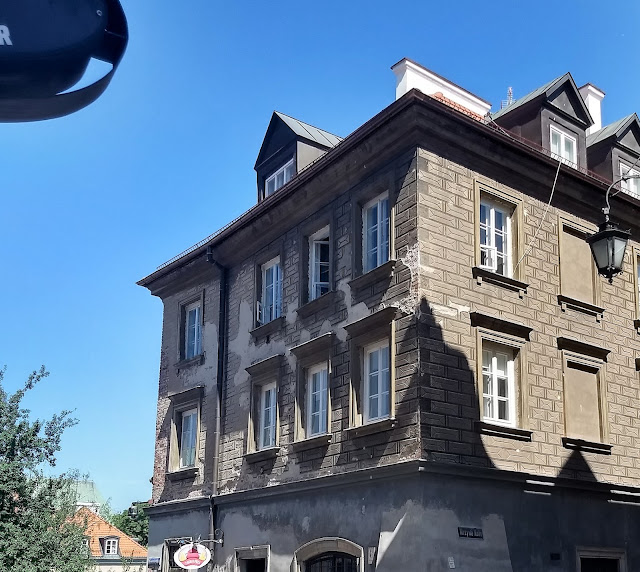 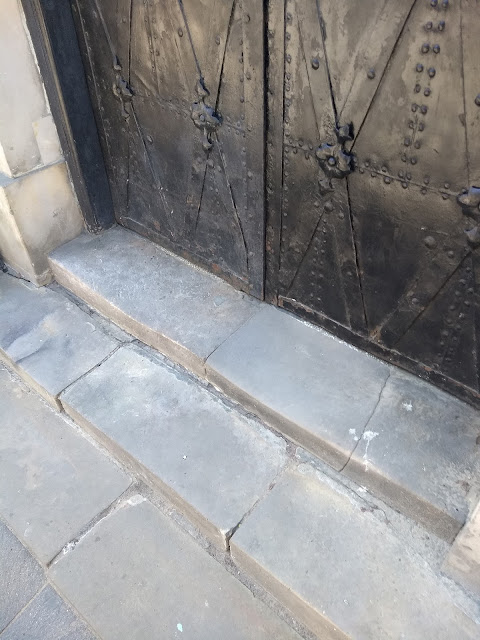 Occasionally you can see some traces of the former building like these worn steps. 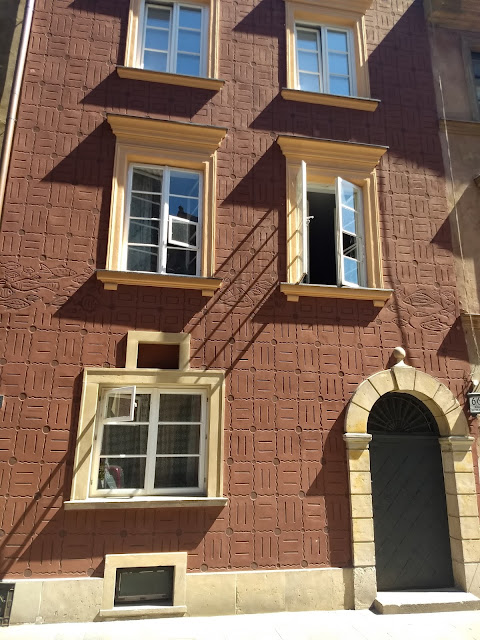 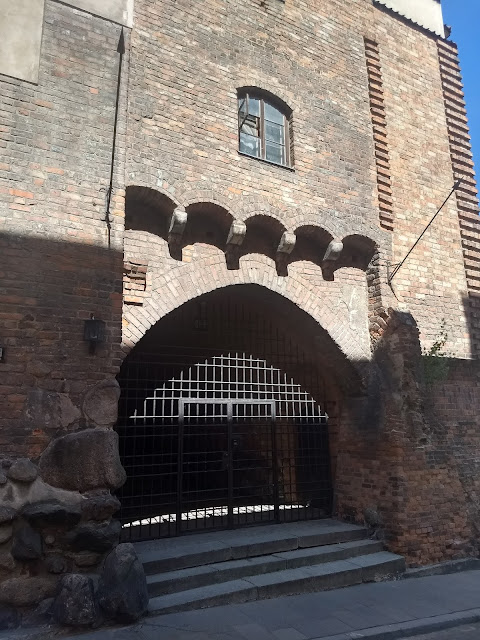 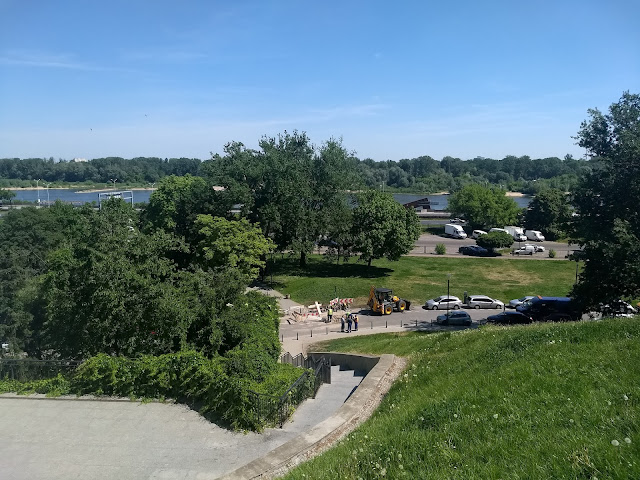 We came to the Vistula River where the Russians waited for the Germans to kill off the Polish resistance. 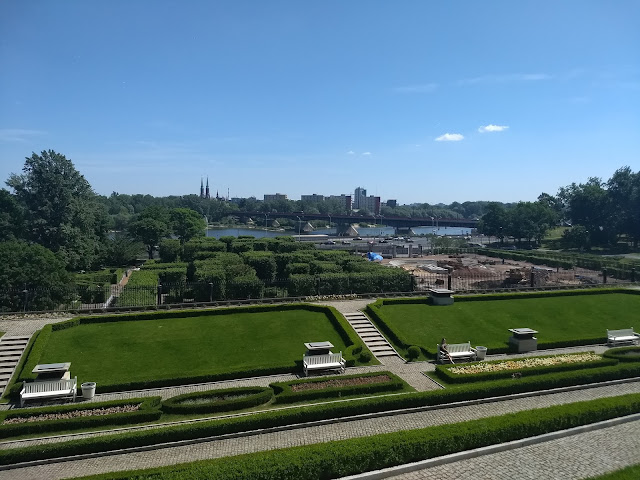 The gardens of the Royal Castle which was blown up by the Germans in WWII. 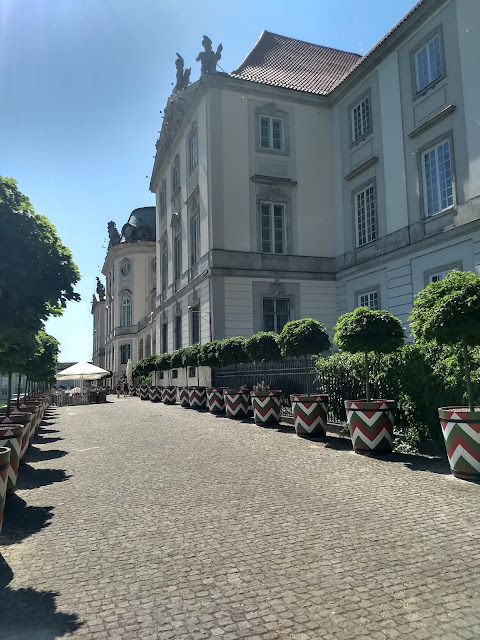 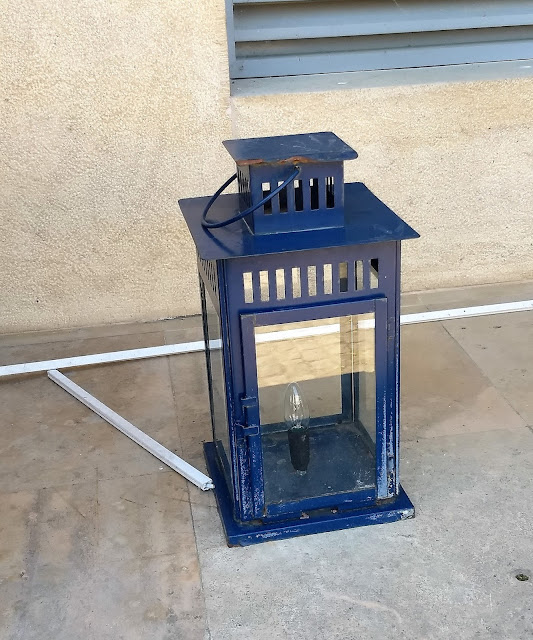 Another of the Ikea lanterns. The heat was getting to us so we decided to walk back to the apartment. 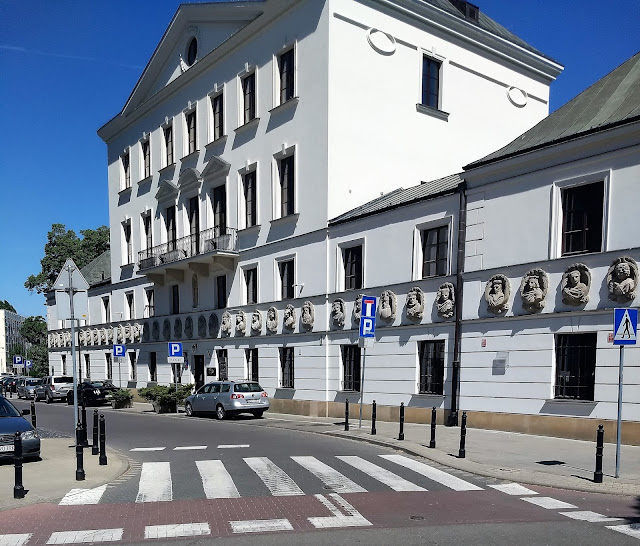 Notice the busts along the facade. 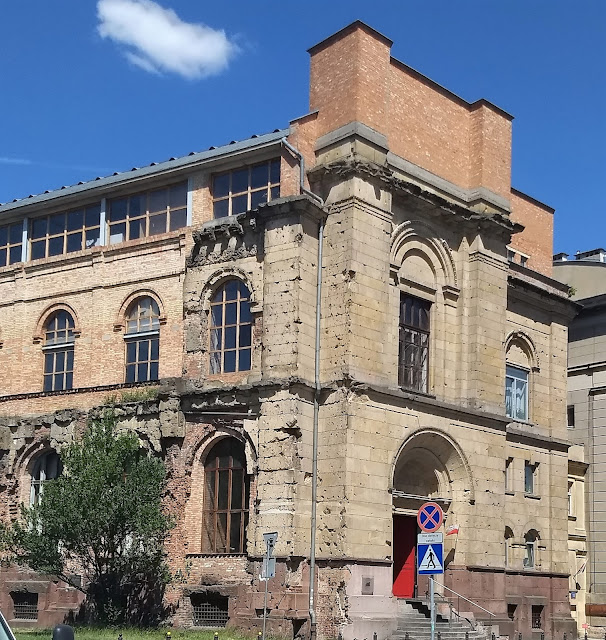 Another badly damaged building that has been restored.

Instead of having a cold beer when we returned to the apartment, I had a small tub of ice-cream, then one of the most relaxing afternoon naps that I can remember. It lasted quite a while.

We both agree that if it were a choice between visiting Warsaw and Gdansk we would pick the latter easily.