At 2:30 pm we were invited to gather on the rear deck for a lesson on how to prepare salmon. 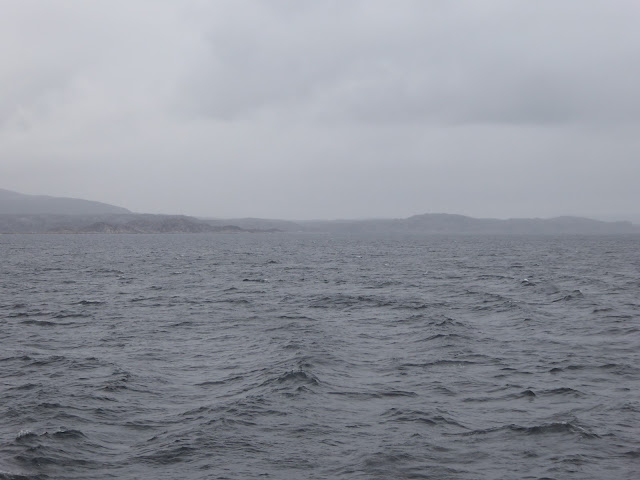 Finally we were experiencing some rain and general gloom. We have been so lucky with the good weather on the voyage so far. 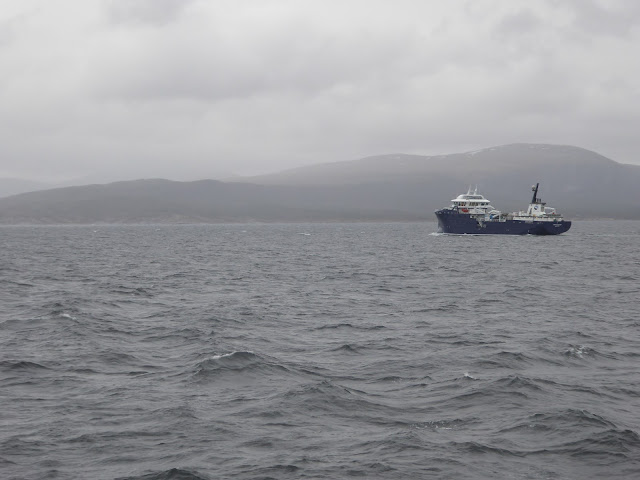 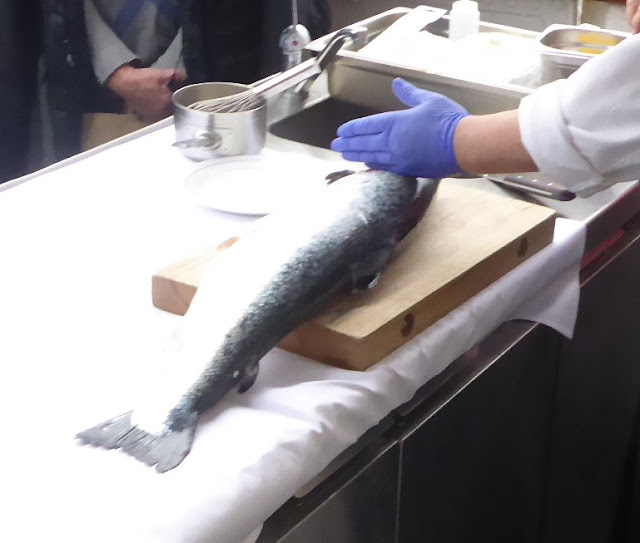 So we rugged up and went outside for the demonstration. A crowd had already gathered and the head chef had his salmon at the ready. He proceeded to cut off the head of the fish which would go into the pot to make fish soup. 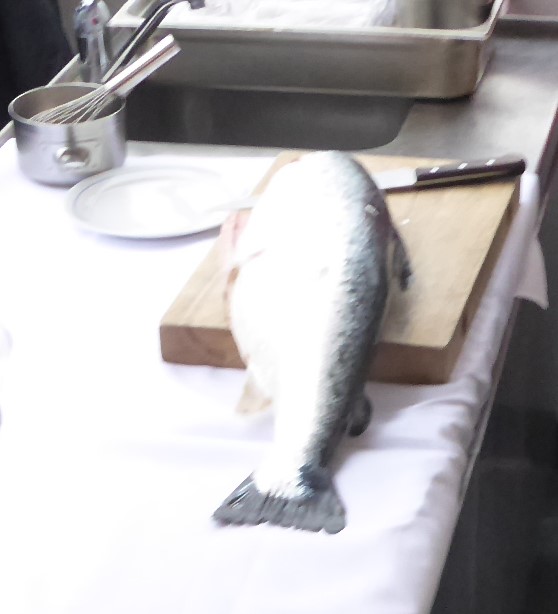 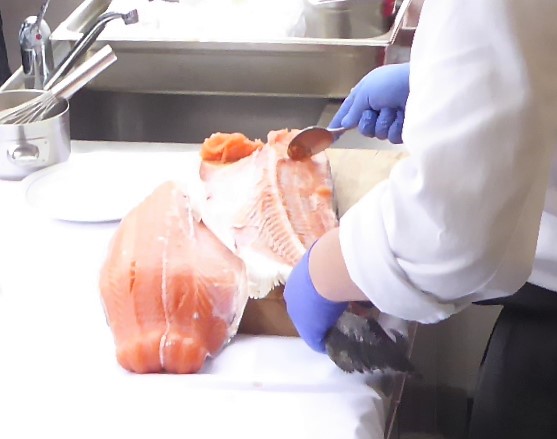 The season for freshly caught wild salmon is in summer. At this time of year they can get farmed salmon which has more fat than the wild variety. The wild salmon is supposed to taste better. 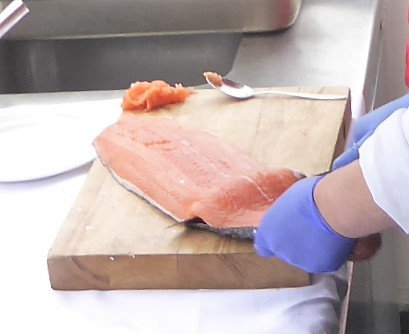 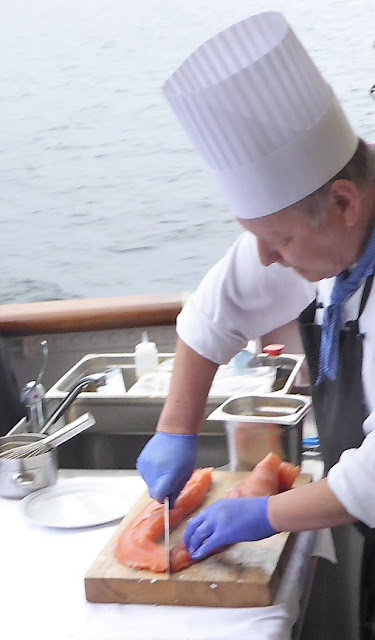 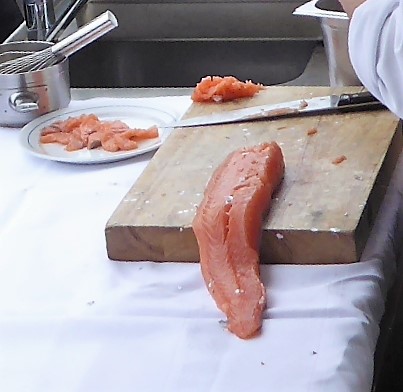 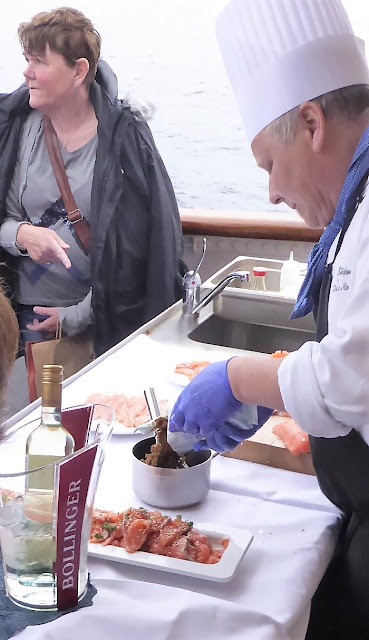 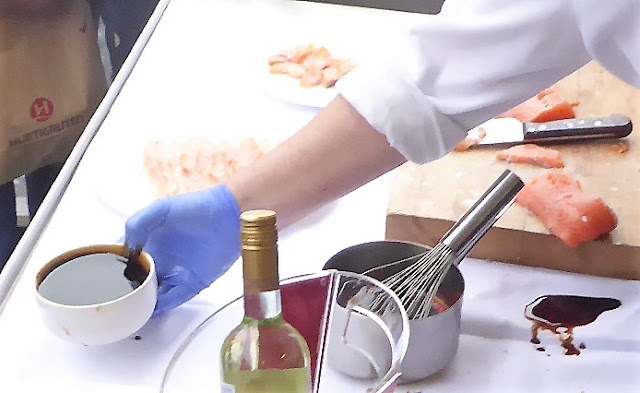 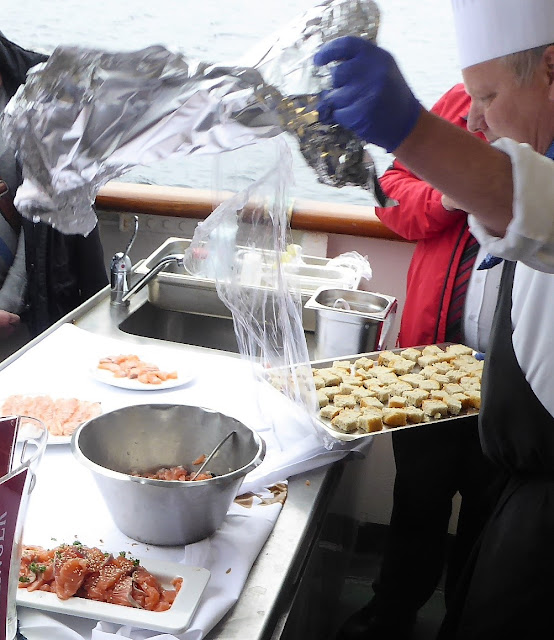 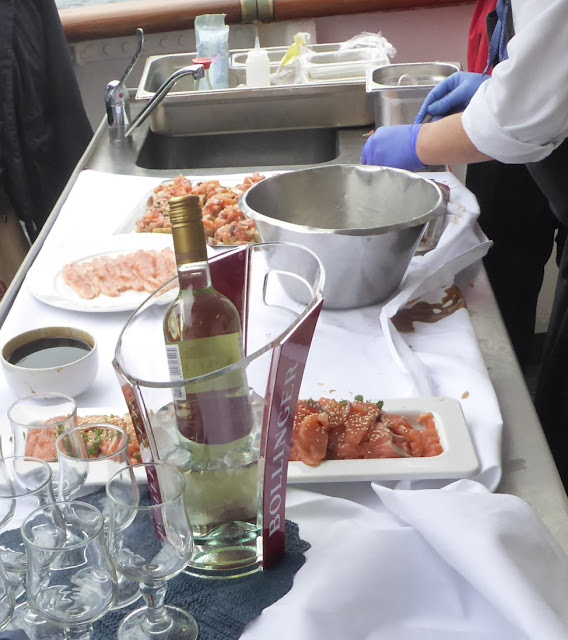 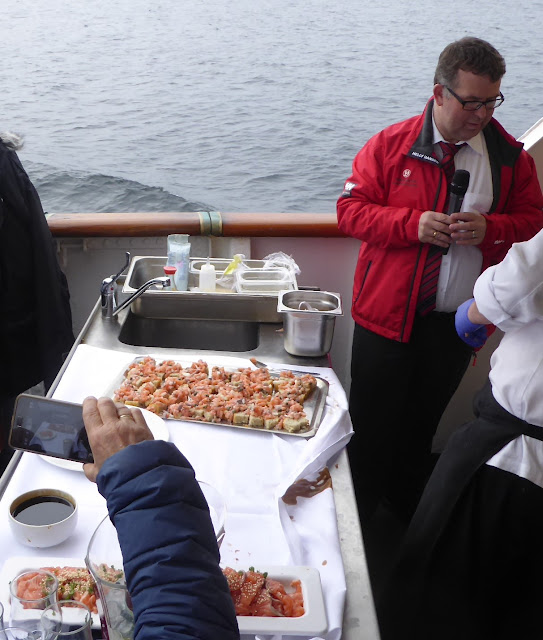 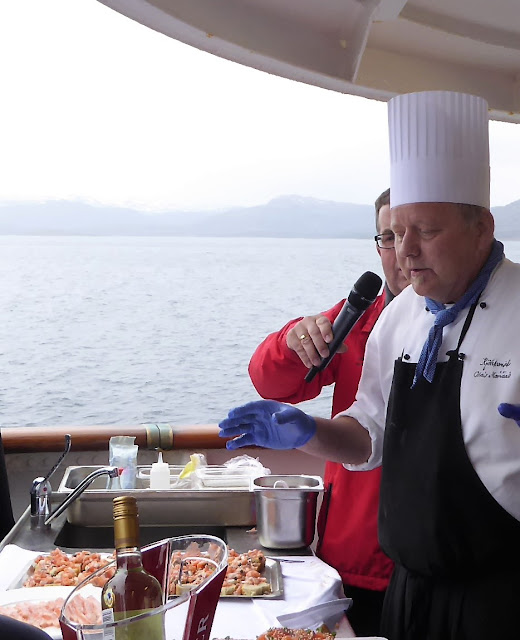 The chef with the tour guide manager behind him translating into German.

I tried one of the pieces of salmon which was good but I think I have had enough salmon now. 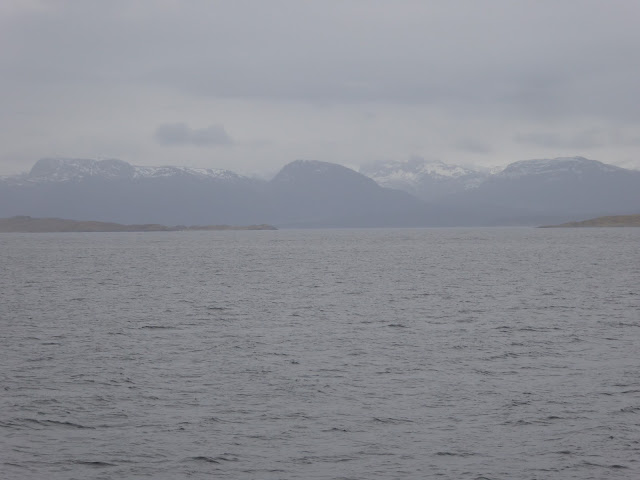 It was still raining and miserable. 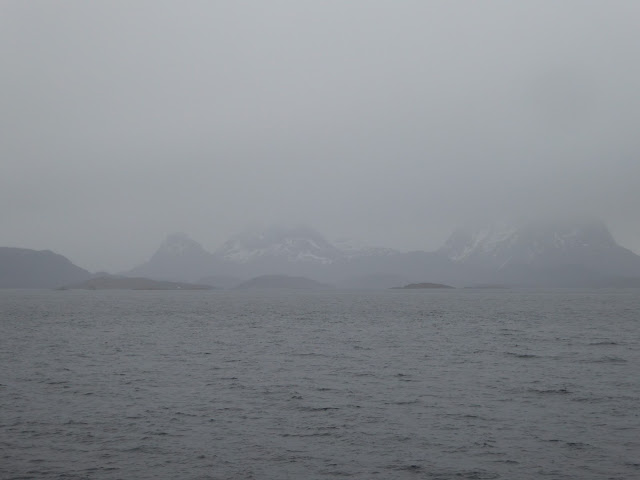 We were so lucky we had great weather.