We have been extremely lucky with the weather on our trip but eventually the luck had to run out and it was raining for our last full day in Poland. 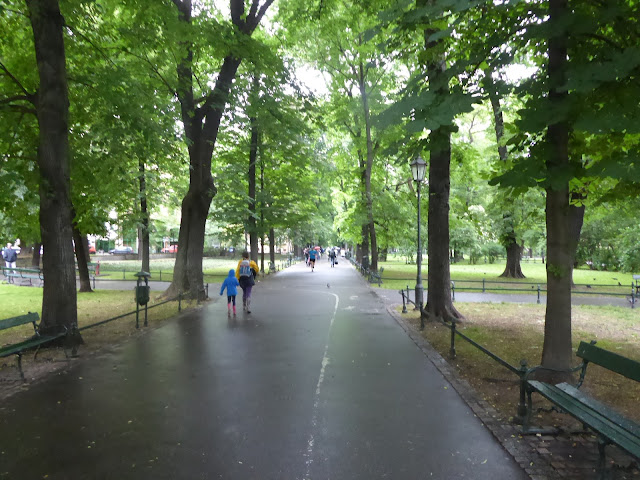 We decided to try walking through the park that surrounds the old town. There were not too many people out enjoying the drizzle. 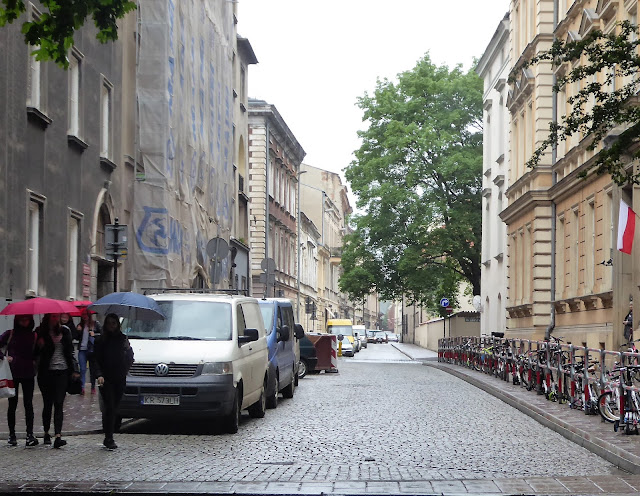 One of the side streets leading to the market in the center. 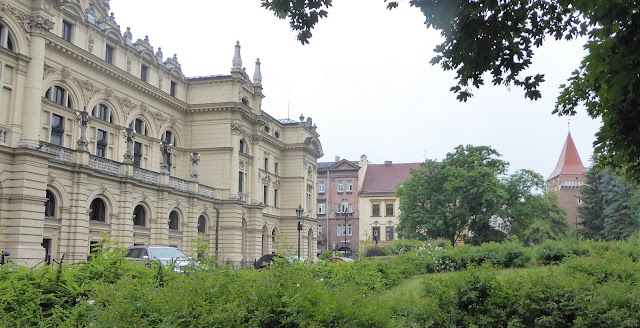 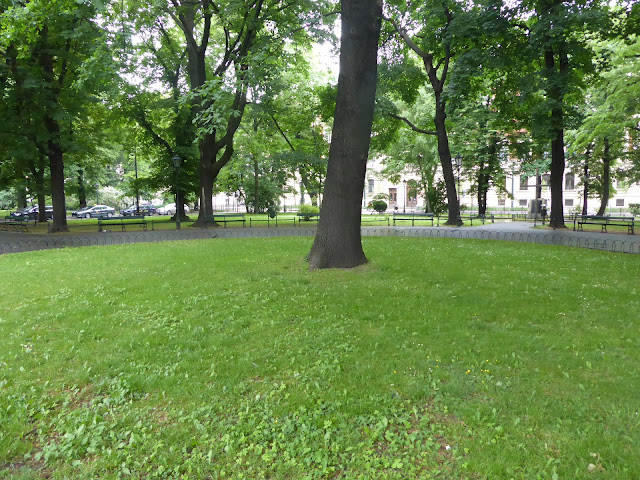 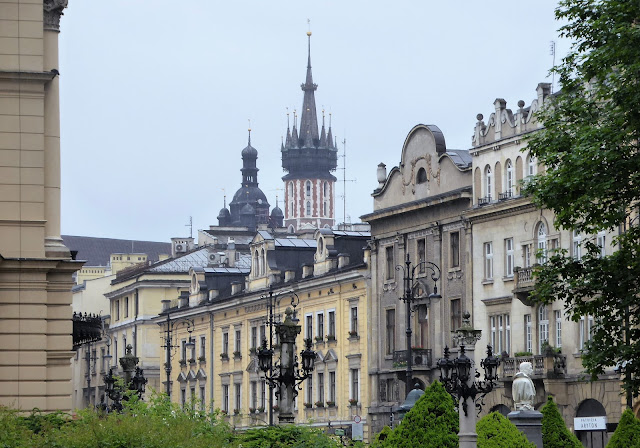 I suspect we have been less than enthused about Krakow because of the dismal weather. In bright sunshime it could be a whole different story. 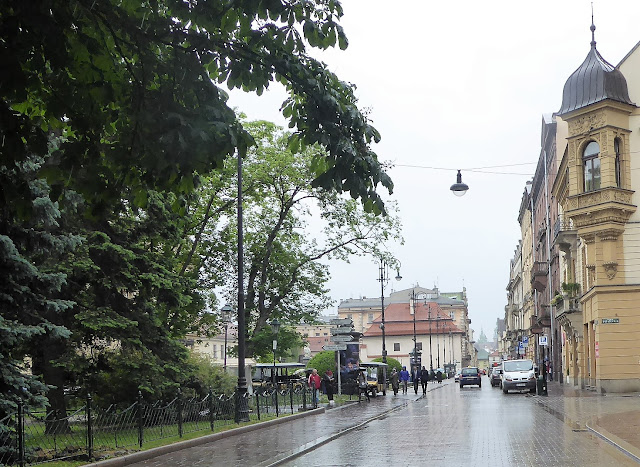 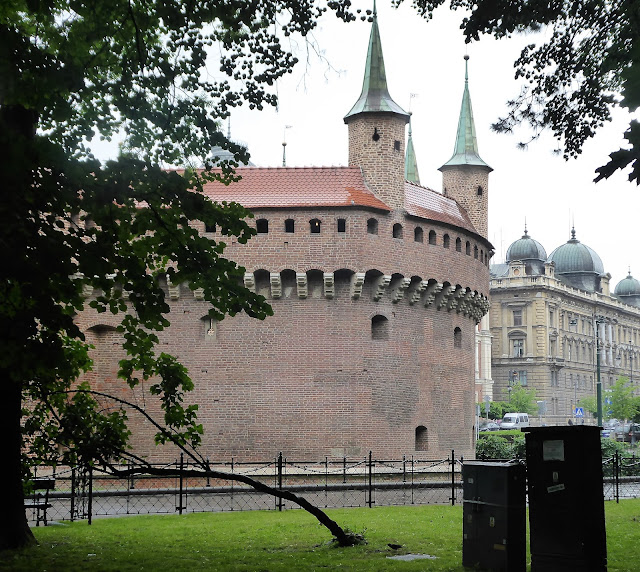 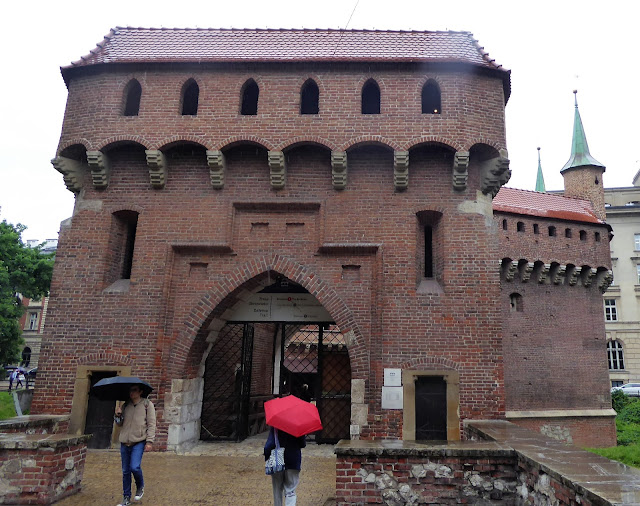 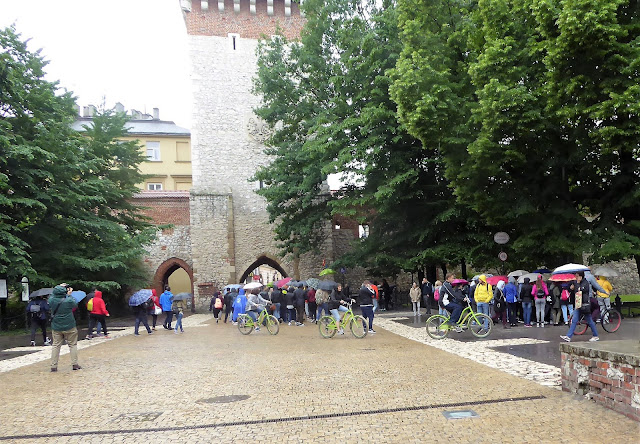 Plenty of umbrellas and the bicycle tour was operating. I bet that was a joy. 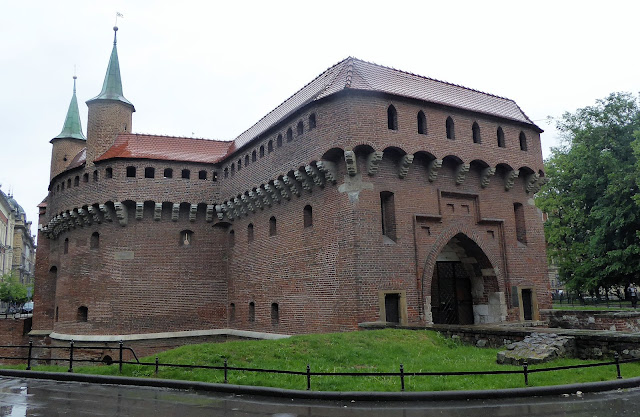 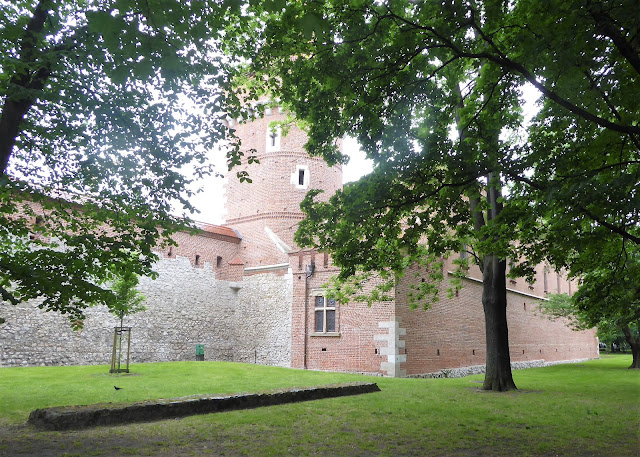 Part of the city walls. 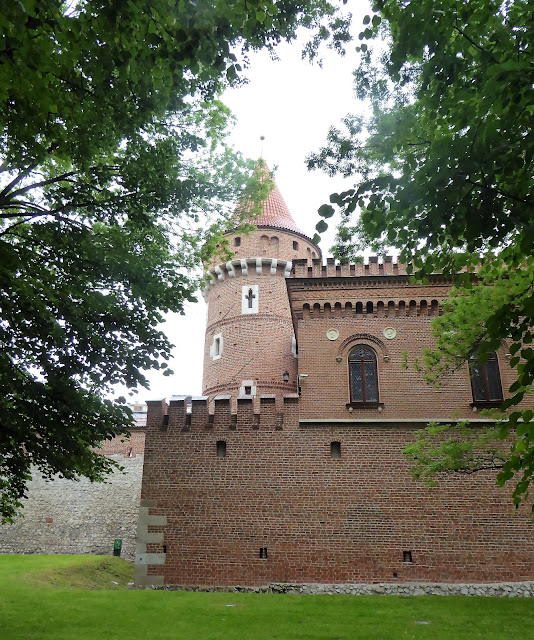 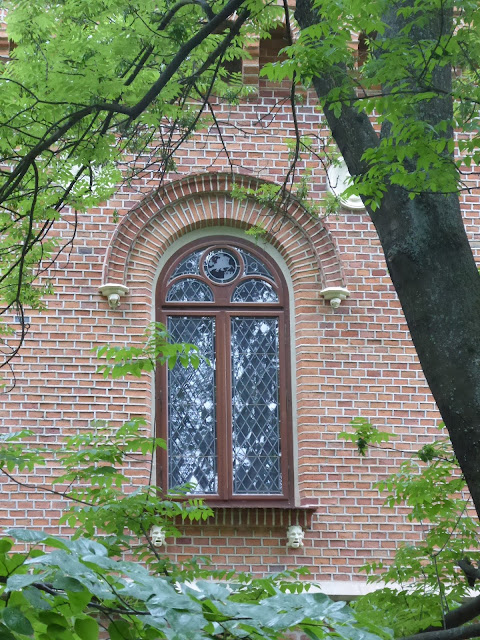 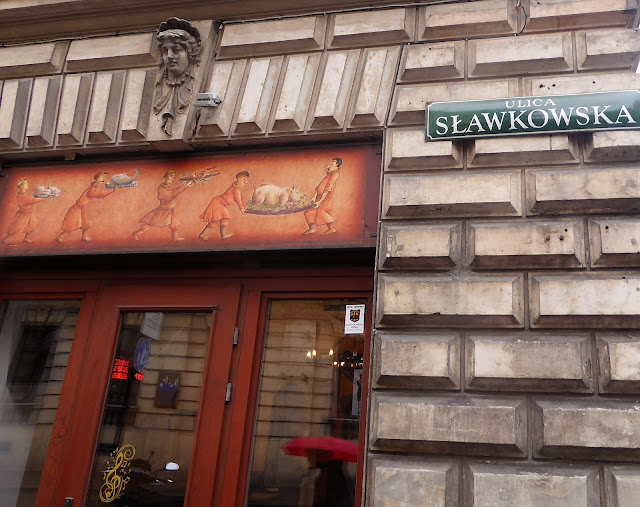 Marianne was on the search for a Polish pottery pattern so we headed down this street. 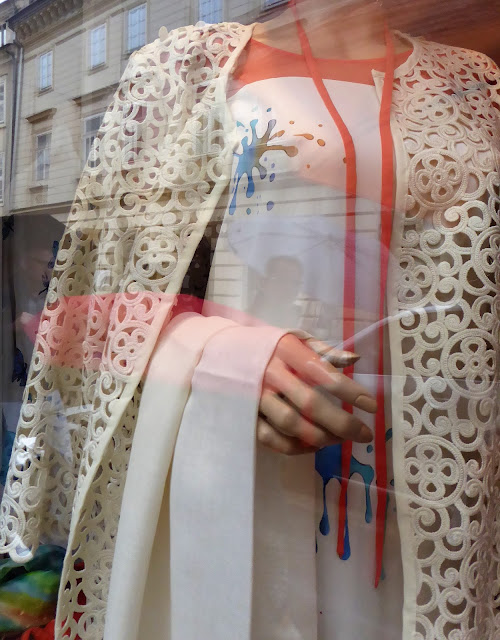 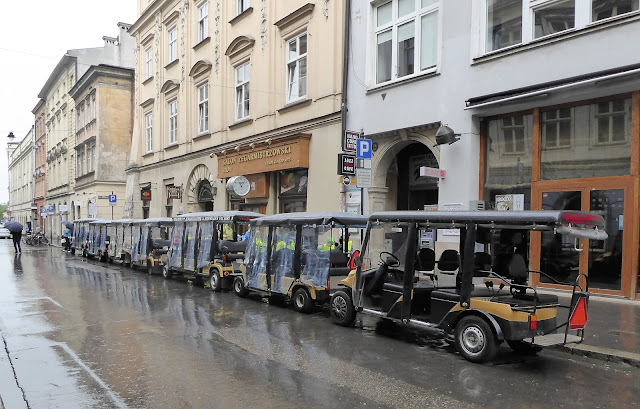 The tour golf carts were doing a dismal trade. 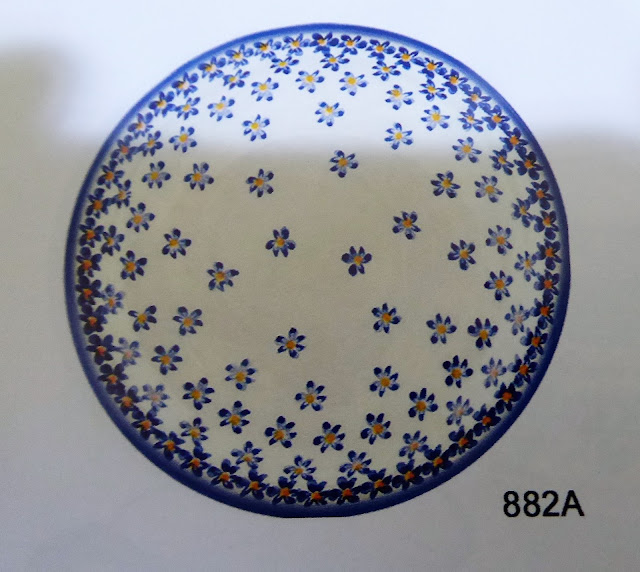 This was the pattern M was looking for and it is now documented for future reference. The shop that had the catalogue did not have any on hand. 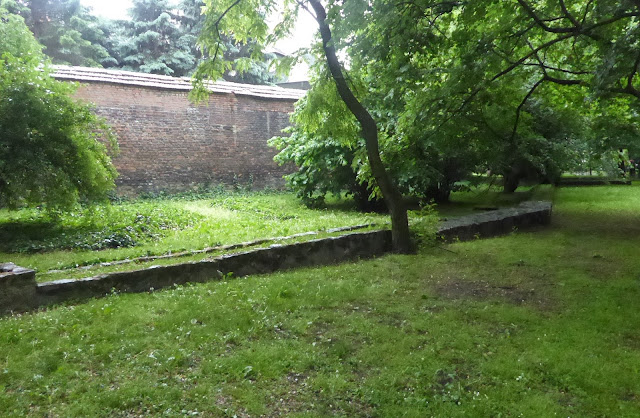 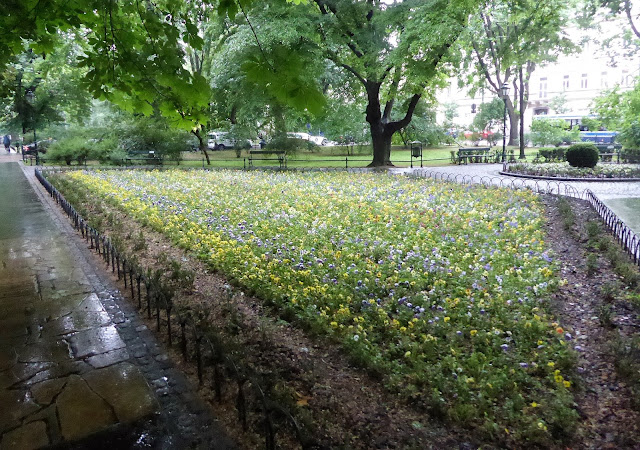 Finally we had enough of the gloom and headed back to the apartment for lunch and a nap. As usual, our energy levels drop towards the end of a trip as you realize that it is all coming to an end and you are going home. It seems like we have been gone for three months instead of just three weeks. Time slows when you are traveling.

I've taken about 2000 photos this trip and despite what you might think about my photo diarrhea problem, not all of them made it into the blog. But thanks to those of you who have made the effort to follow along
Posted by Ray Perry at 3:59 AM