Sometimes on these trips you get lucky. A group of teenagers followed me along the walk. Later that afternoon I wandered over to the dining room where WiFi reception was better. A bunch of these teenagers and their teachers were playing a game where one person would leave the room. The others would then select a relatively unknown word such as muktuk. The person outside would then be invited back in and told the word. That person would then ask each of the group for a definition of the word. All would be false except for one definition that was accurate. The person would be given three attempts to select the correct answer.

I was invited to join in which I did and it was a lot of fun. The kids were in their late teens and seemed to be brighter than average. It turns out they were from a private school in Berkeley called Maybeck Highschool.

At dinner that night, the leader of the group announced that he had hired a local woman who teaches belly dancing to come and give them a lesson. She turned up at 9 pm and the kids and some of the other guests joined in the lesson. I tried as well but my body is not very flexible and some of the exercises started to hurt my lower back so I stopped and watched.

It was fascinating to see how the dance was put together with movements and rhythms. Some of the kids did very well. 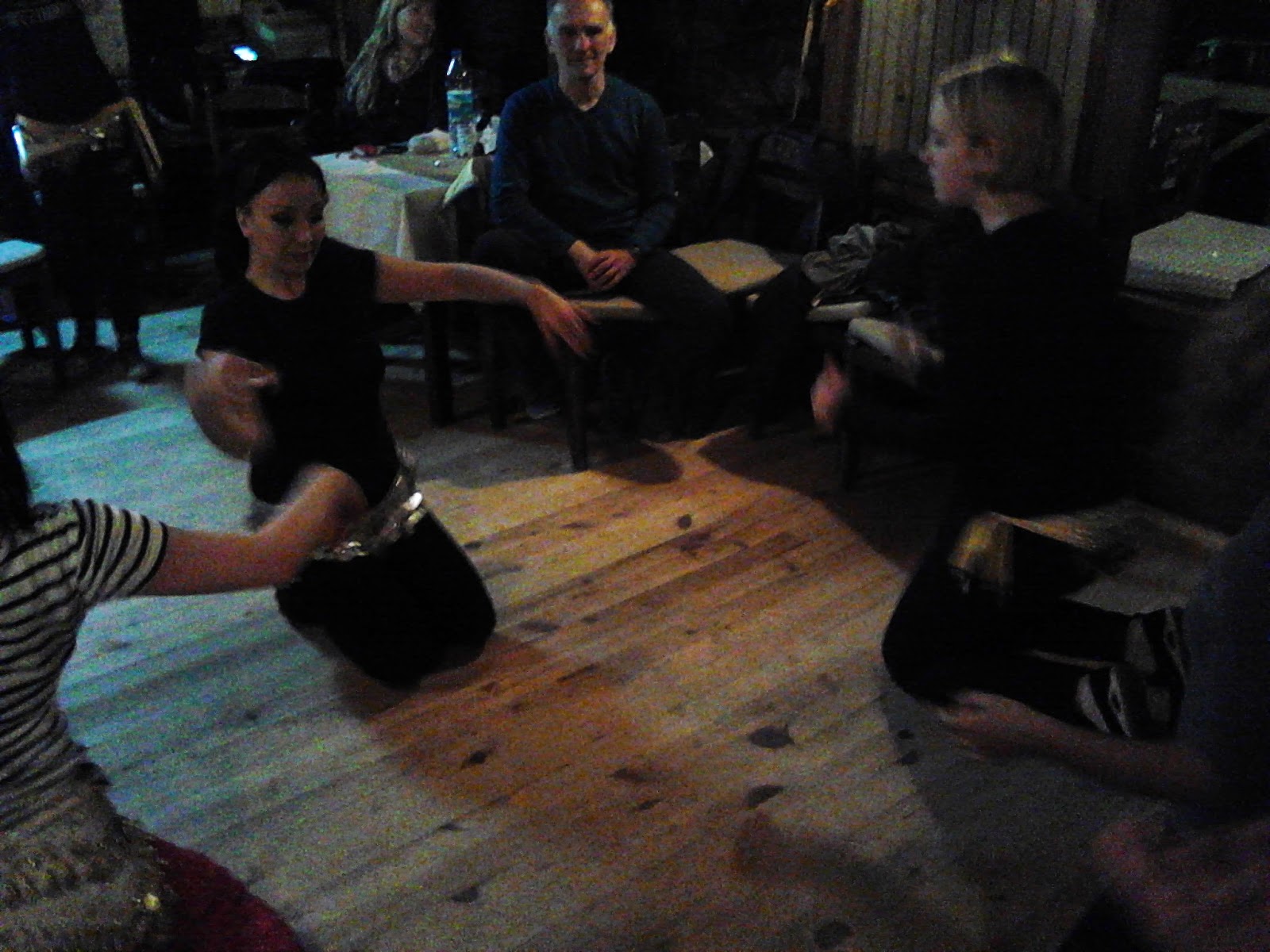 I sent Marianne an email saying that the belly dancer was coming and she replied that she thought it would be tacky.  It was nothing of the kind. She was the equivalent of a ballet teacher.