Istanbul to Bandimir by ferry

As well as seeing the historic sights of Turkey, I am also interested in riding some of its trains. It is possible to get to Izmir by taking a ferry and train via Bandimir. 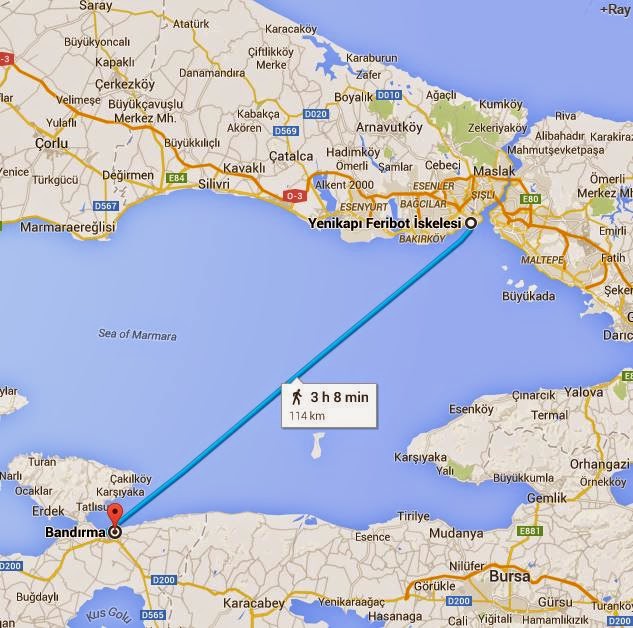 My hotel was just a ten minute walk from the ferry terminal. 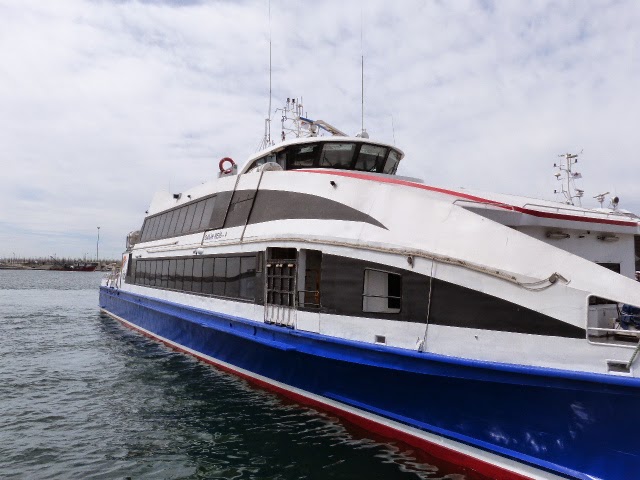 My ferry was catamaran with two levels for passengers. 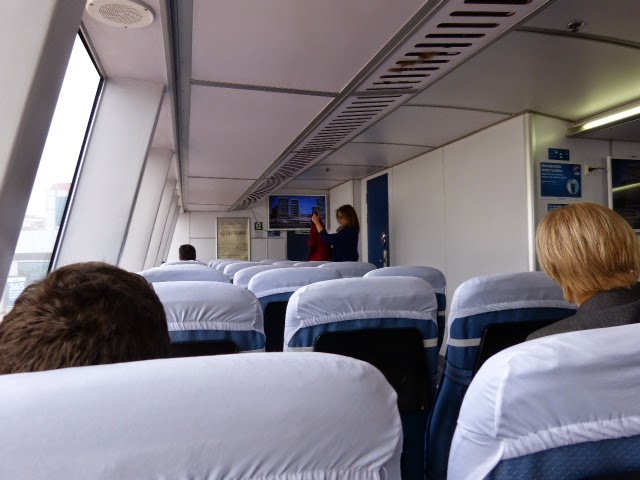 I had reserved my window seat online a few weeks ago. 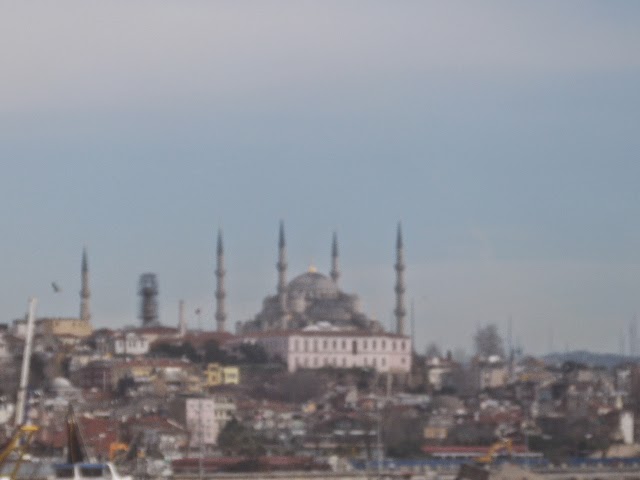 View of Hagia Sophia as we left Istanbul. 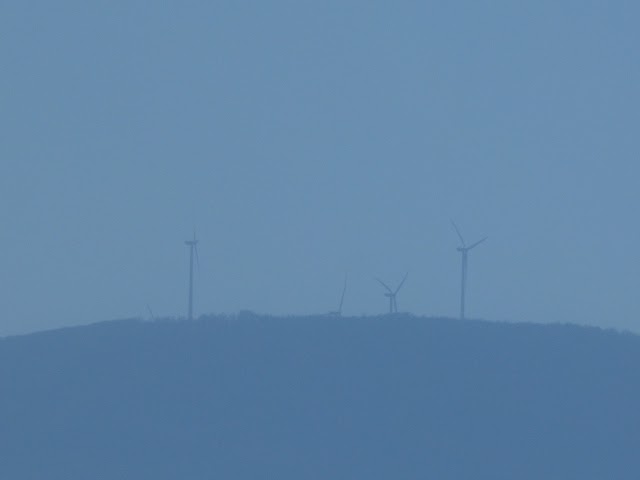 There was not much to see as we proceeded at 50 kph except water. The ride was calm. Near Bandimir we passed hills with windmills. 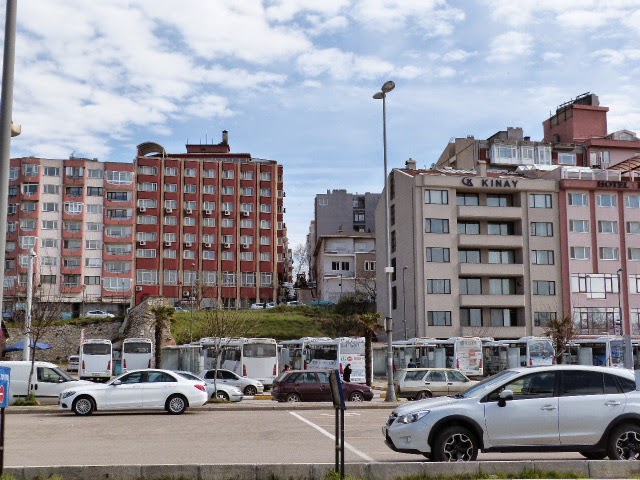 My hotel which is a five minute walk from the ferry terminal and train station. It is fine for $25 including breakfast. 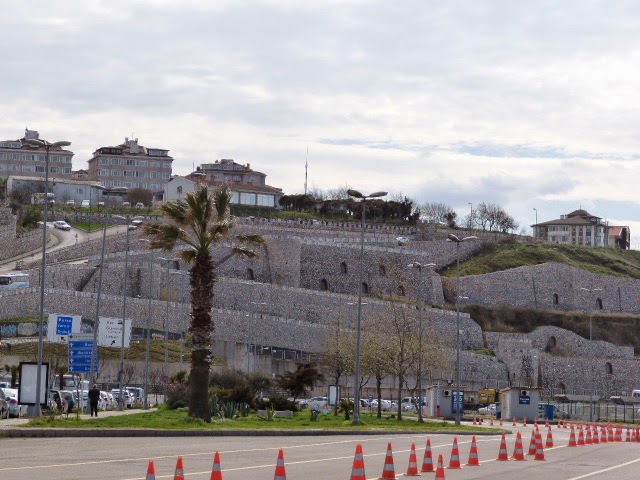 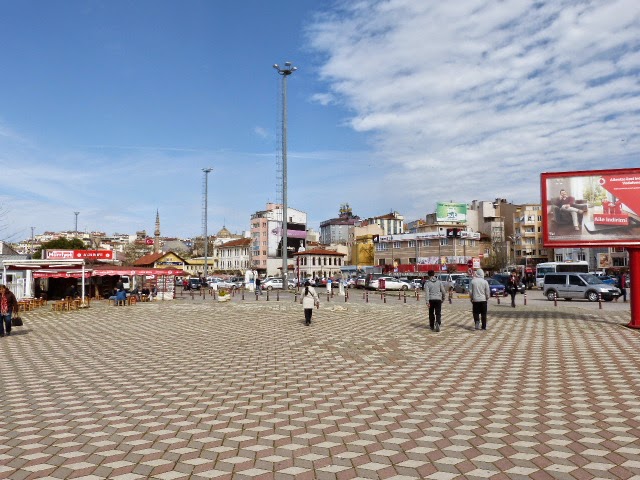 Plaza near the ferry terminal. 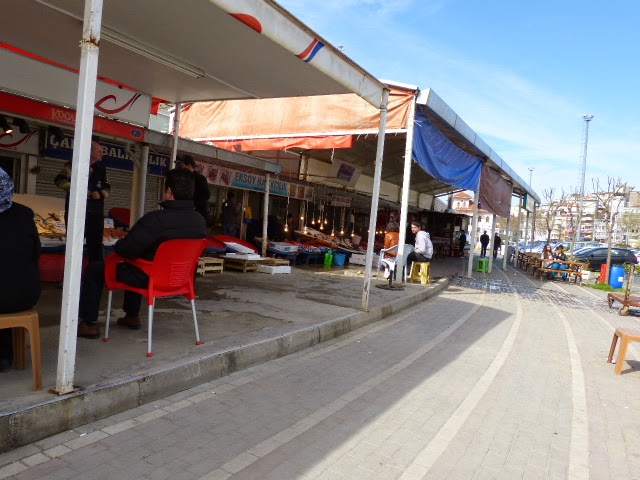 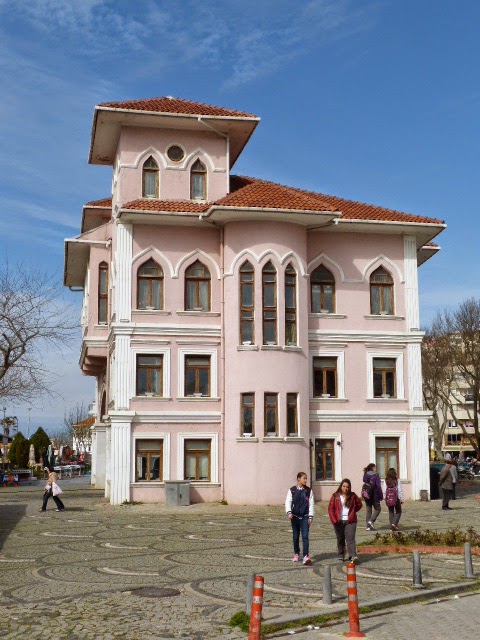 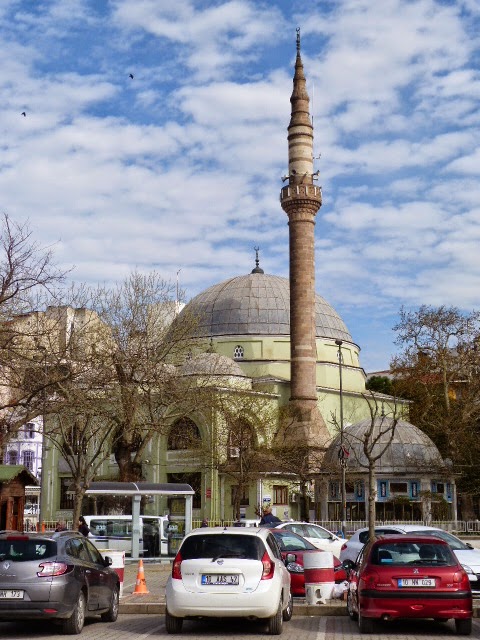 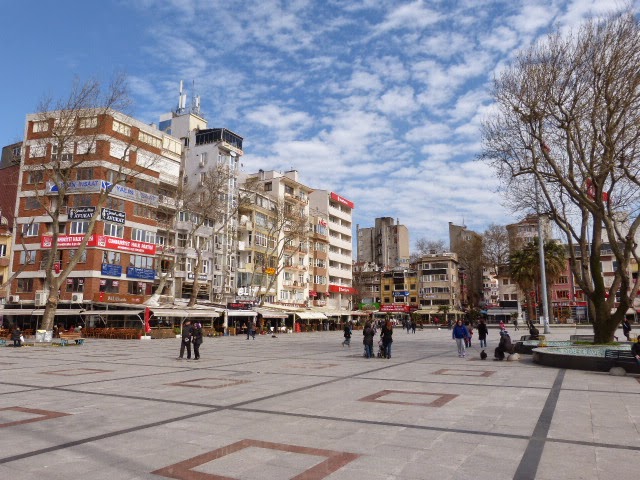 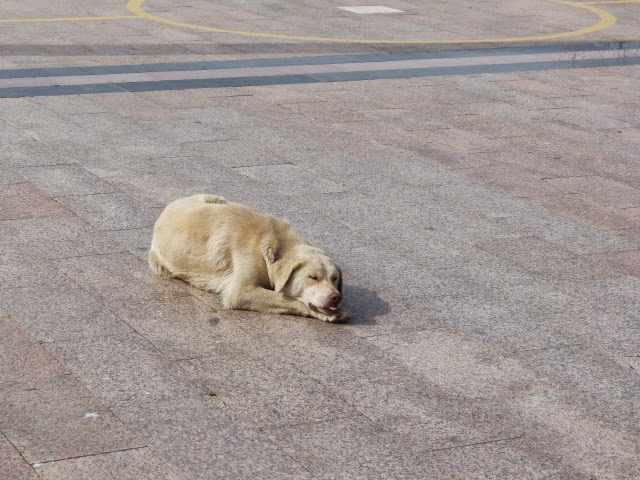 A few dogs like this one were just lazing about. 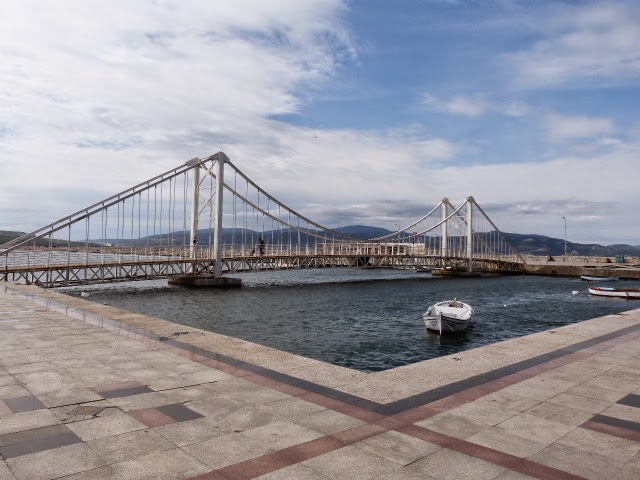 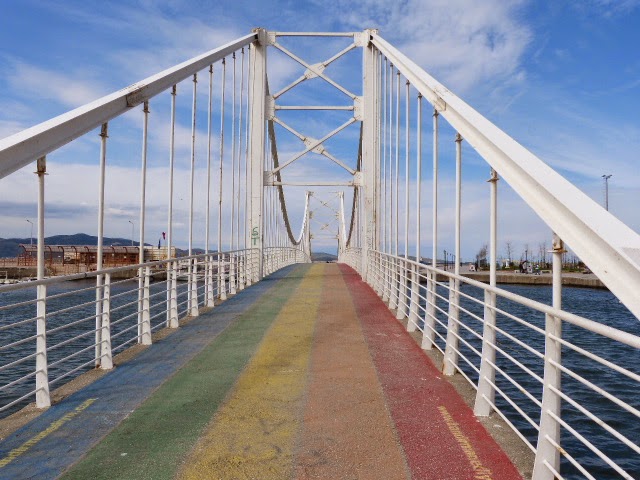 I can't work out the purpose of this bridge. 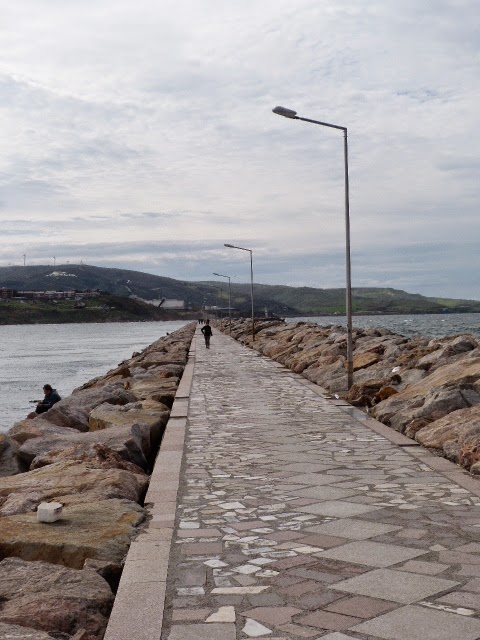 I walked out to the end of this long breakwater that forms the harbour. 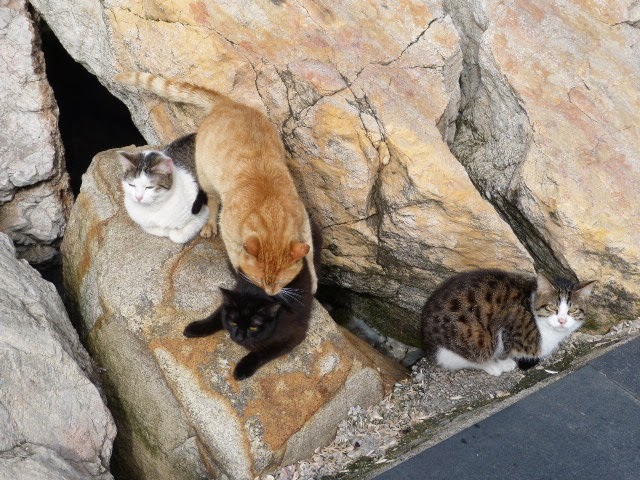 The rocks appeared to be home for several cats. 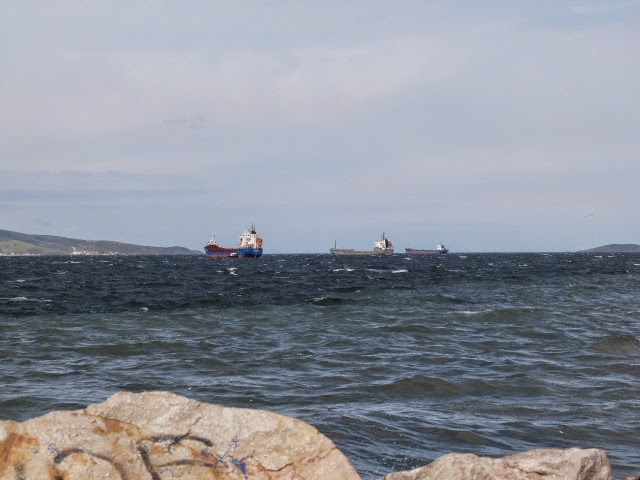 Ships at anchor outside the harbor. The water was getting rougher and the wind was strong. 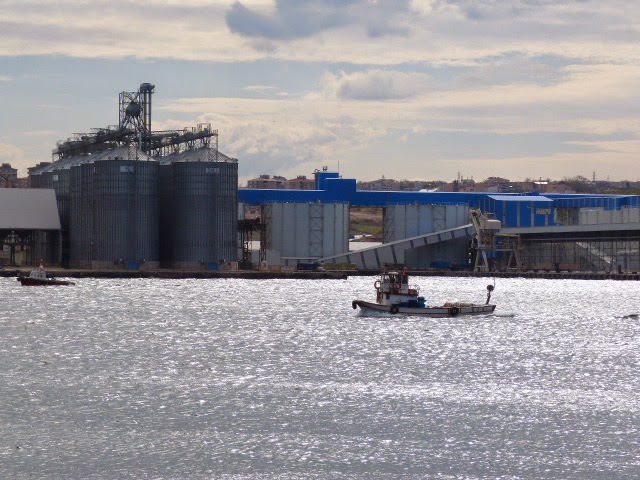 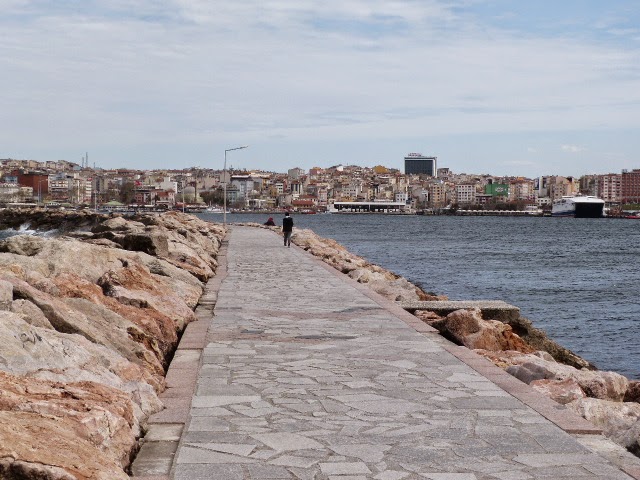 Looking back at the town from near the end of the breakwater. 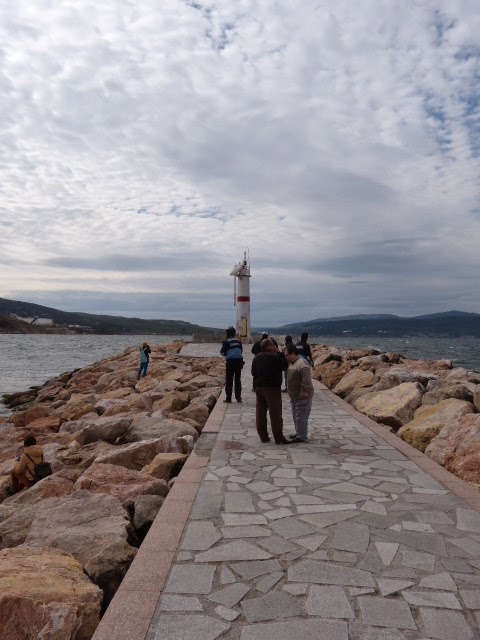 A couple of police were preventing people from getting all the way out to the end. I don't know why. 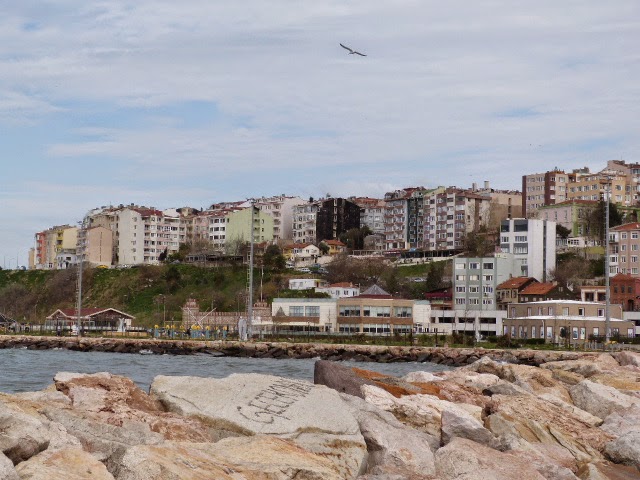 It seems like most people here live in apartment buildings. 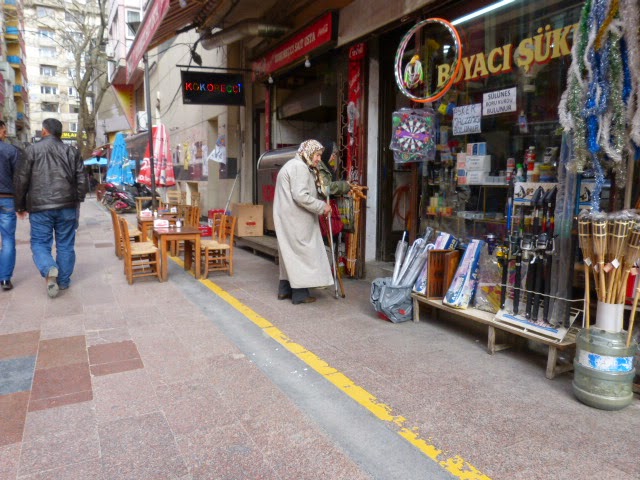 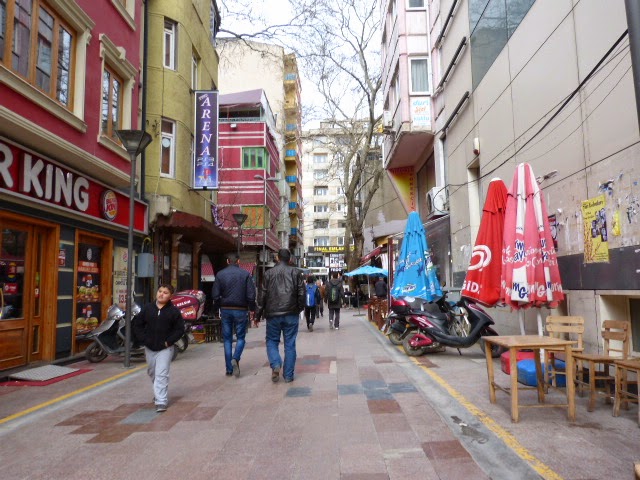 Their markets and shopping streets were bustling on Easter Friday afternoon. There seemed to be lots of ATMs which were getting heavy use.

Bandimir is not a town for tourists but it was interesting too see what an ordinary Turkish town looks like. It appears to be bigger and more bustling than I anticipated.