Of course you know these food blogs are for that well known foodie, Robin. However I would bet quite a few of you find them interesting. 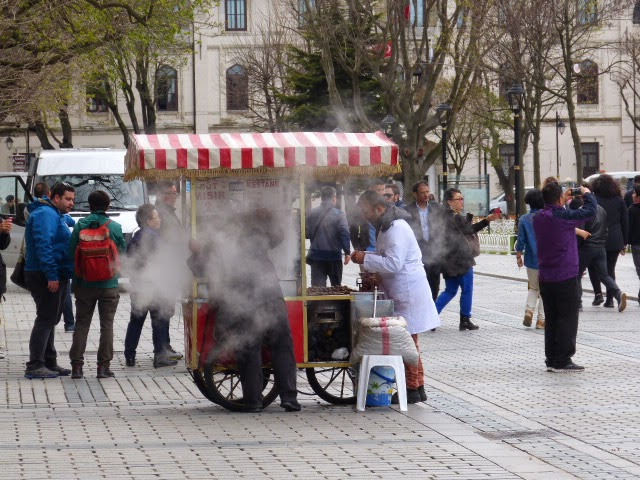 There were quite a few vendors selling hot cobs of corn and chestnuts. 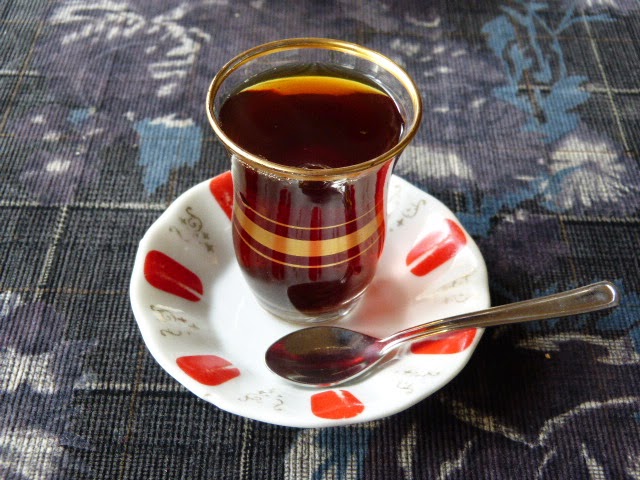 On my way back to the hotel I stopped for another cup of tea at the same cafe as yesterday. 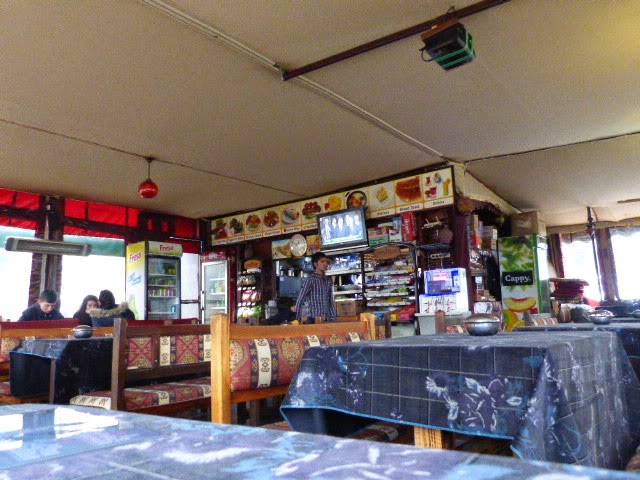 Because it was much colder, I sat inside. 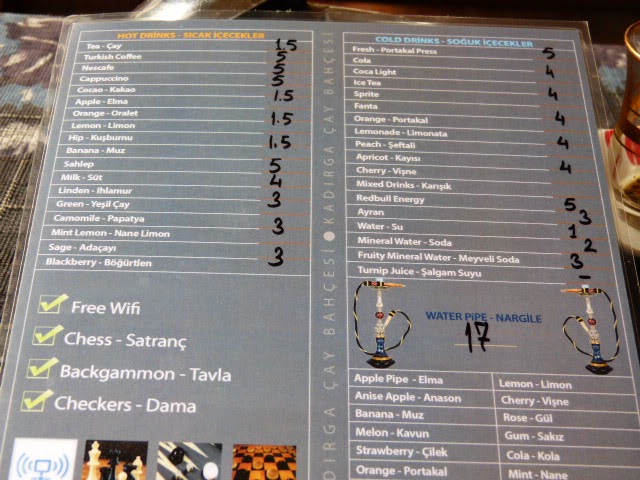 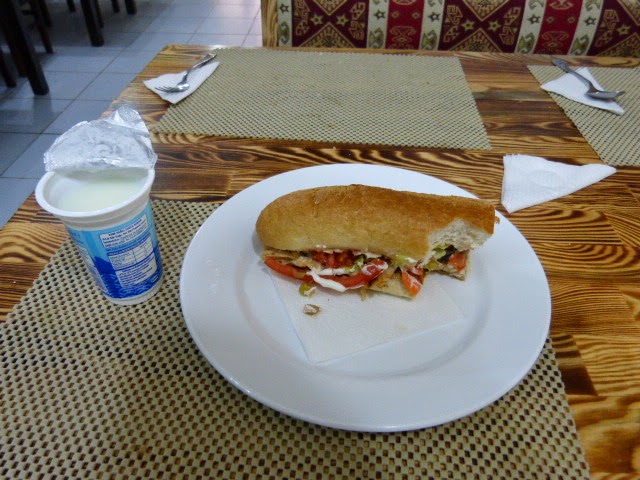 I walked past a kebab cafe a few hundred yards later and realized that I was hungry. The kebab had chicken and cost 3 lira. I tried the yoghurt drink which was refreshing. 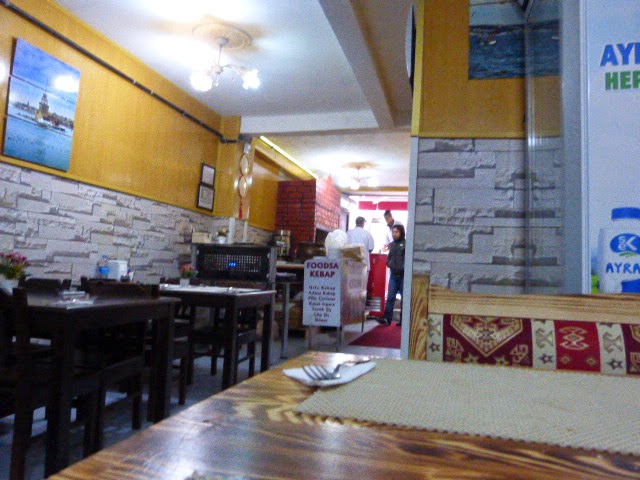 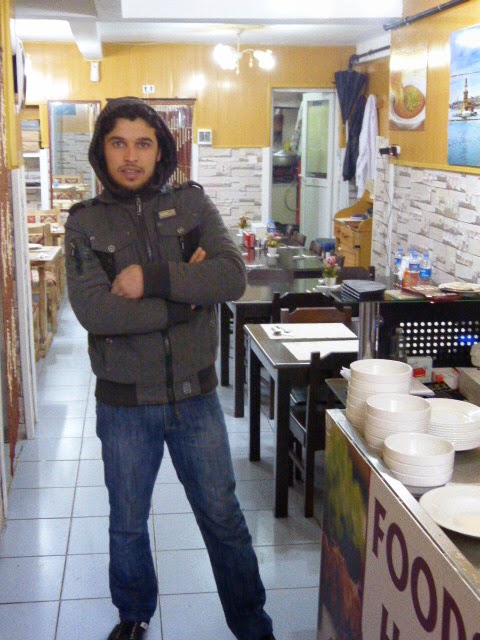 The young waiter wanted me to take his photo and I obliged. The Turks seem to be very friendly. 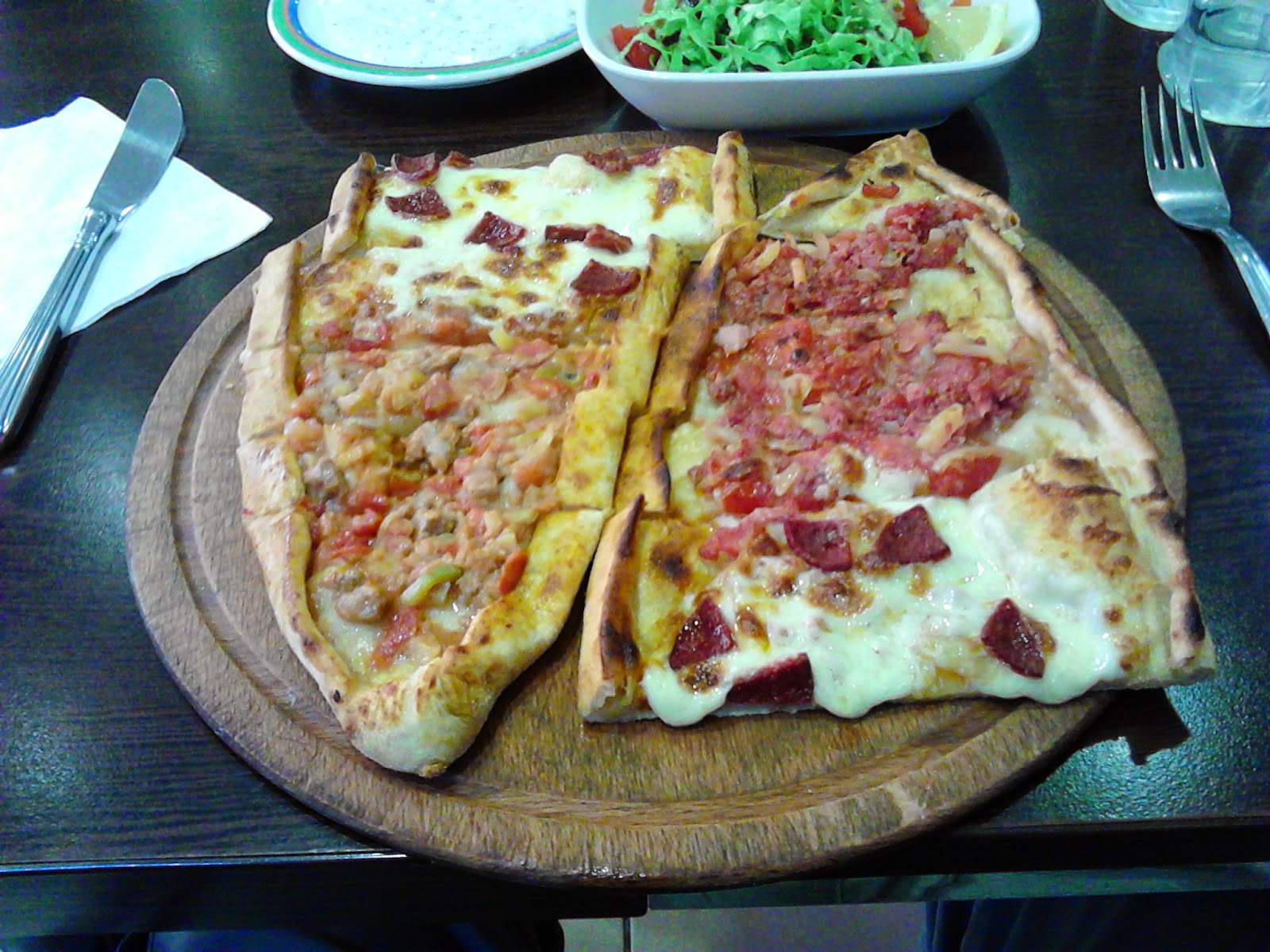 Dinner was a pide which is a Turkish style pizza. The dough was excellent and the fillings were tasty. 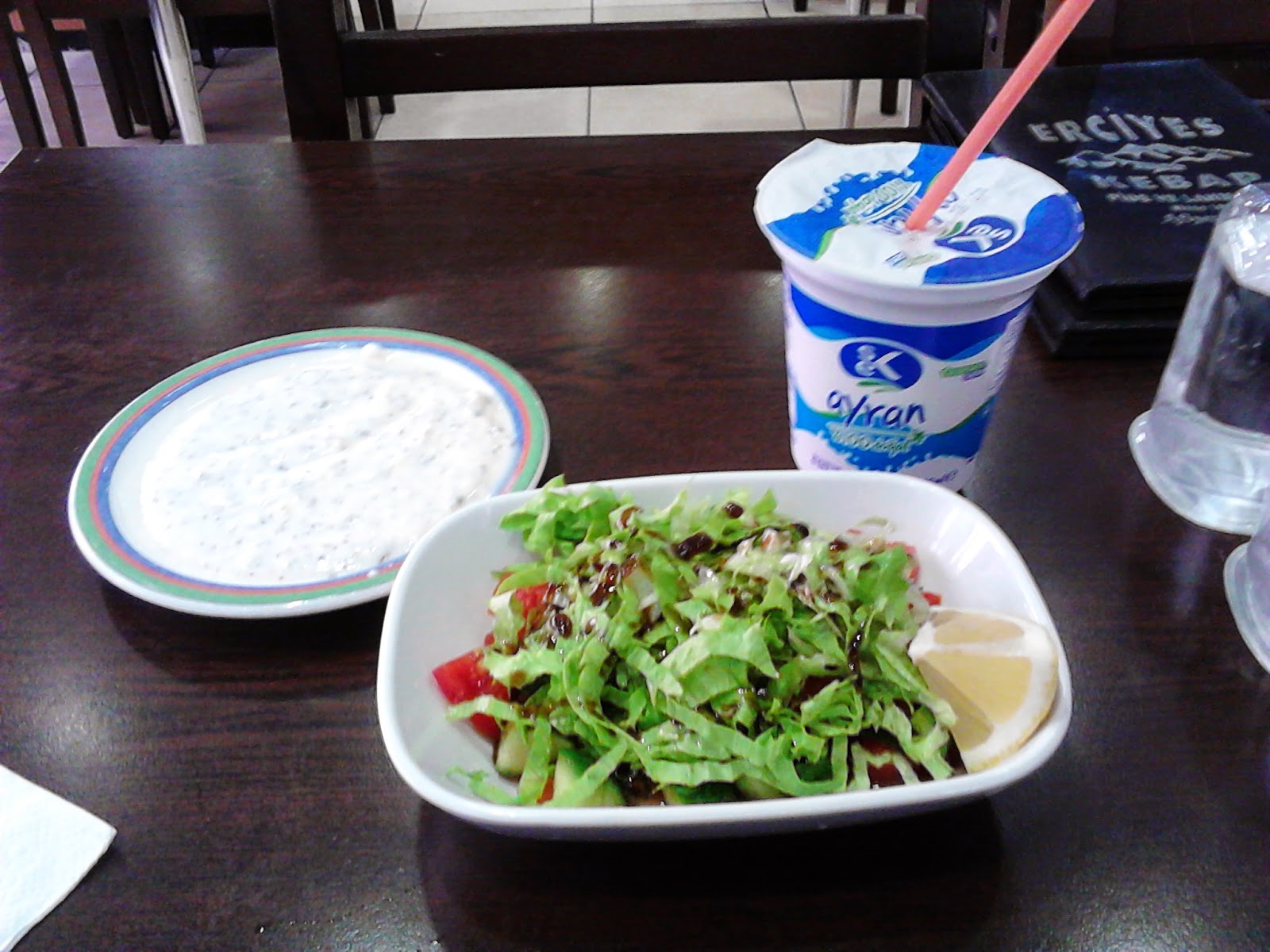 I also had a salad, a dish of yoghurt with spices and black pepper that was delicious. And another yoghurt drink. All for 18 lira. 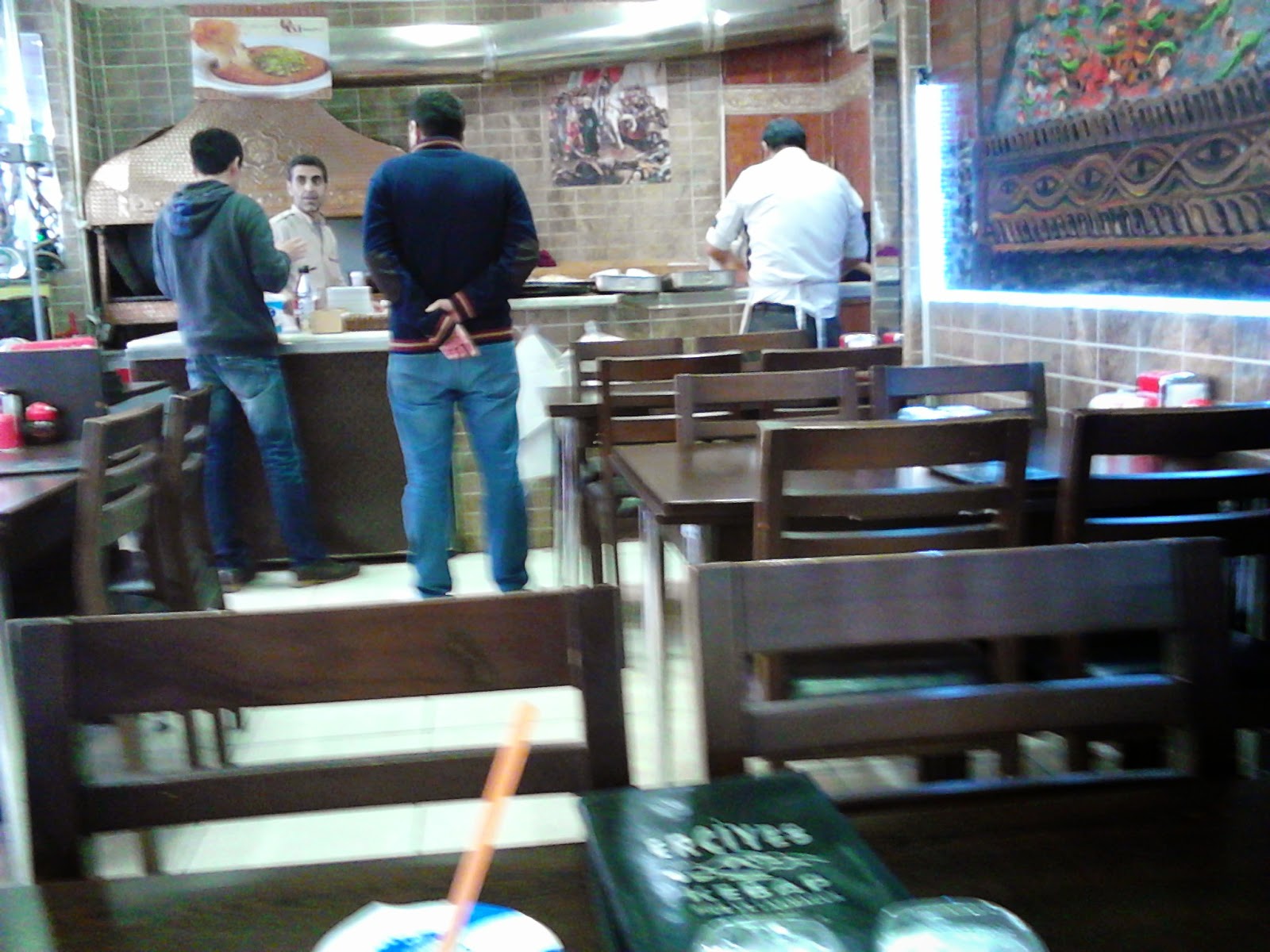 The books on the right with the white was the cook. I gave him the thumbs up sign as I left which he seemed to appreciate. 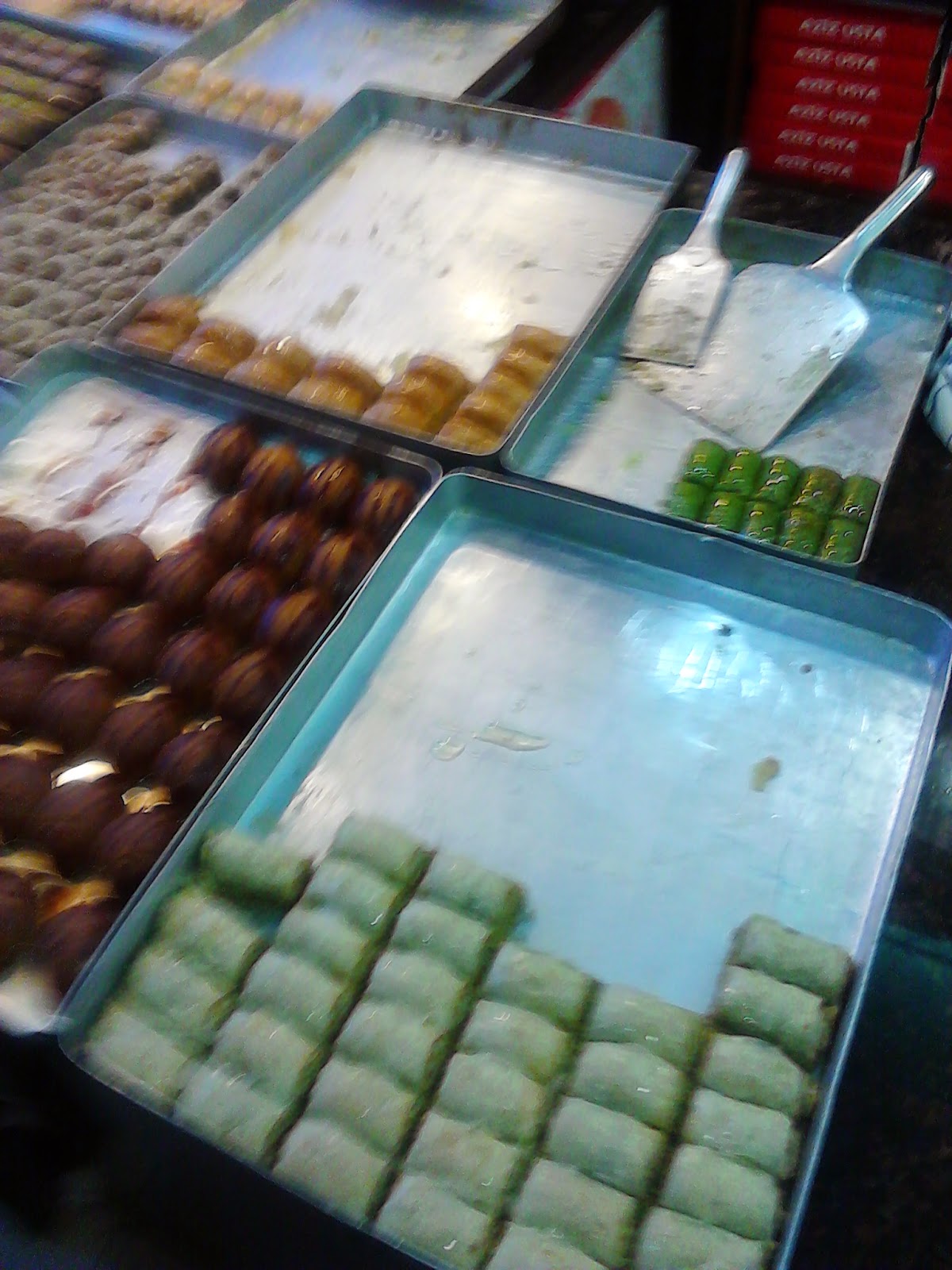 I then bought some baklava which filled my sugar quota for the rest of the year.